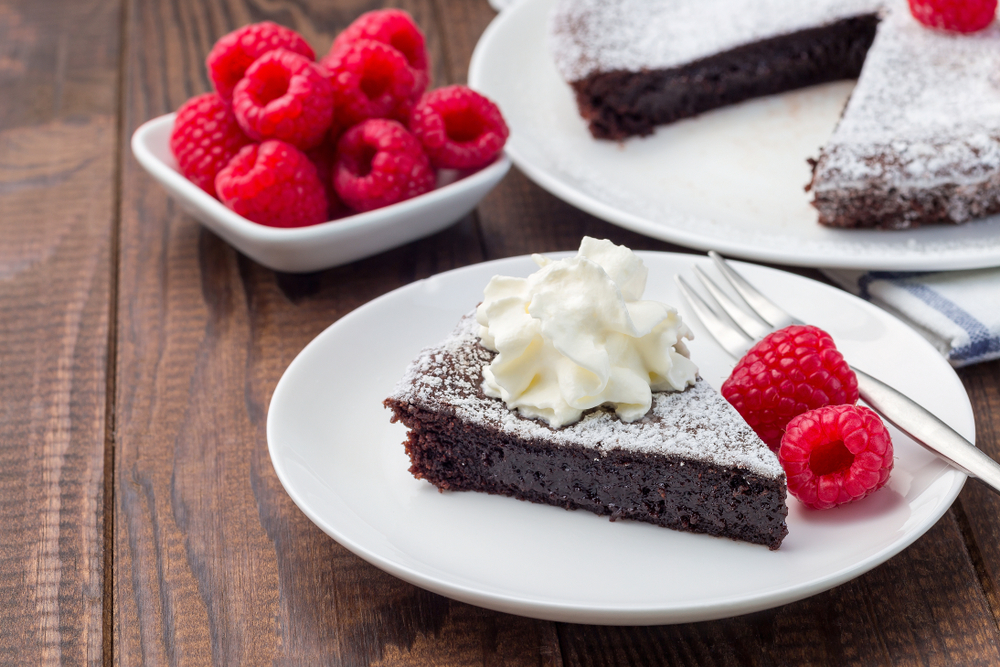 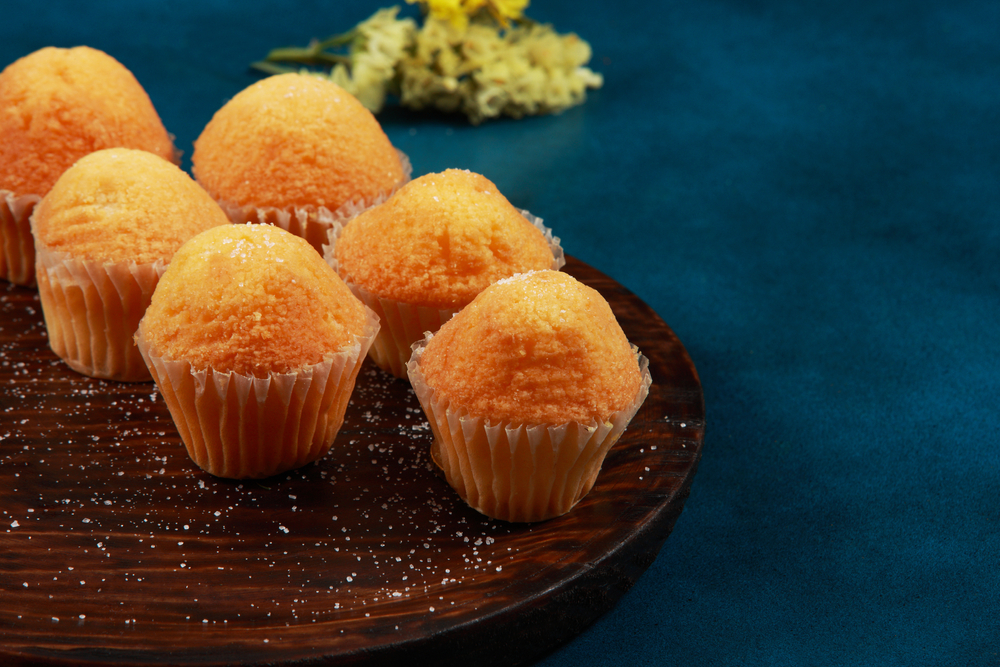 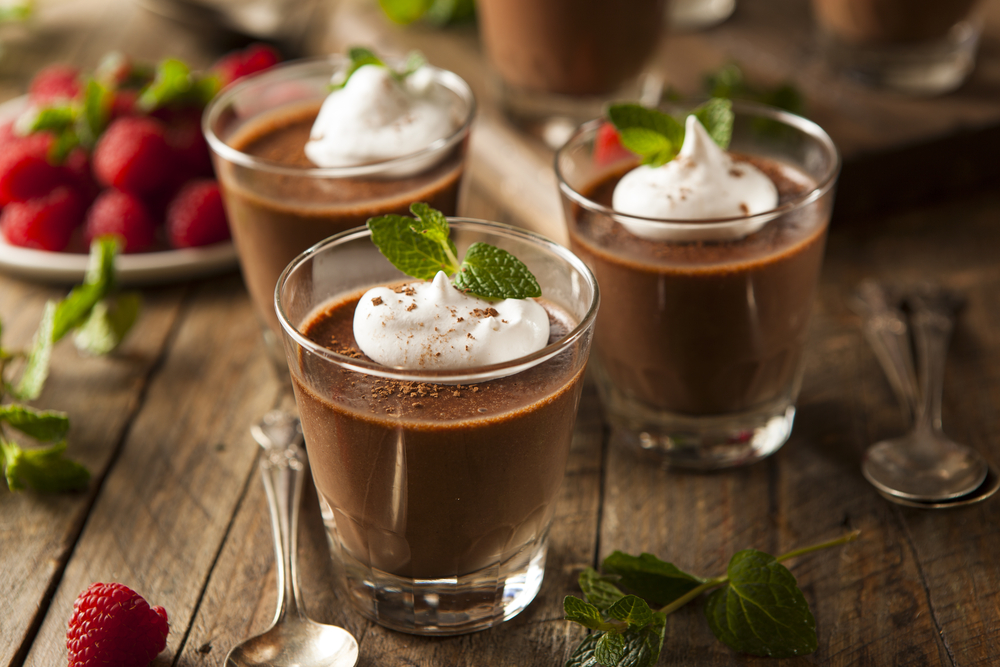 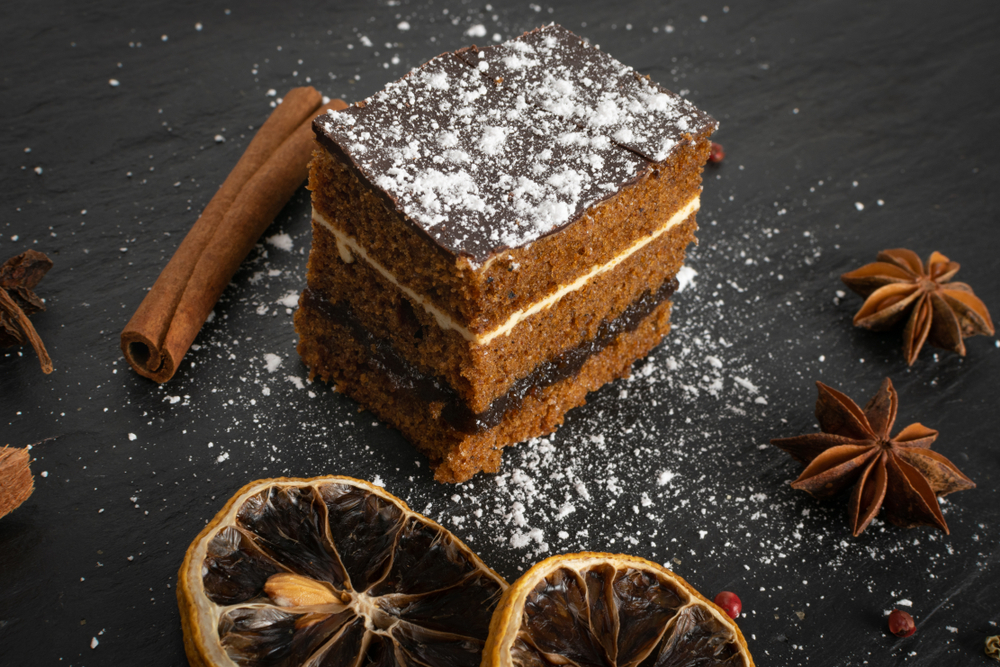 From sweet treats and cakes, to sweet and savoury dishes, European desserts are as varied and diverse the cultures they come from. As each European country has its own set of traditional sweets, we were interested in finding the most searched dessert recipe on each nation on the continent.

Warning: Keep reading at your own risk. The results will definitely make you hungry.

The most popular dessert recipes in Central/Eastern Europe

Poland’s most popular dessert recipe is a take on baked gingerbread called Piernik, as there are 240,000 Google searches for this spiced cake each year. Other popular recipes include Racuchy (similar to a crepe) and Sernik (traditional cheesecake) with 228,000 and 204,000 online recipe searches, respectively.

In Croatia, sweets are very popular, with the revenue for confectionery growing each year. The country’s staple dessert is a popular puff pastry layer cake with poppy seeds and apples called Međimurska gibanica. Our analysis of Google searches found that this the top dessert Croatians like to make, with 56,400 annual searches for the recipe.

Another popular pancake-esque dish comes from the Czech Republic. Here, it is called Lívance and is often topped with jam and fresh fruit. Recipes for this fluffy dessert alone hit around 144,000 searches per year on Google.

Hungary and Slovakia both have traditional recipes with over 60,000 searches. Zserbó is a tasty Hungarian layered cake with walnut and apricot jam which garners 61,200 searches annually. The Slovakian recipe of Šišky, similar to a doughnut, has Google searches amassing 63,600 per year.

Gogoși is a type of fritter or deep-fried pastry that is traditional in Romania. Whilst every family will have their own version of it, searches for the recipes on Google still hit an annual average of 94,800. This is similar to the Serbian Krofne (round-shaped filled doughnuts), but this sweet dish has more annual searches, with an average of 116,400 a year.

The most popular dessert recipes in Western Europe

France is famed for its patisseries, but one recipe people are keen to try their hand at is Mousse au chocolat. Recipes for this decadent chocolate dessert are being searched 348,000 times a year (on average), followed by Riz au lait (312,000 searches), and Clafoutis (252,000 searches).

Surprisingly, the UK’s most popular dessert is flapjacks, with annual searches reaching 1,664,000 annually – the highest number of searches for a single recipe out of all the countries in. However, there are 6,000 Google searches a year for Tablet in Scotland alone – a mixture of condensed milk, sugar and butter.

The most popular dessert in Switzerland is Apfelwähe, which is a type of apple pie. There is an average of 36,000 searches per year, which is surprising for a country known for its creamy chocolate. Interestingly, you’d have to go to the country’s fourth most searched dessert (Carac, 1,800 searches) to find any chocolate at all!

Whilst recipes for Schnitzel dominate the savoury searches, Austrians are looking for a bit of Christmas magic with their popular desserts. Searches for Linzer Augen, a type of festive biscuit, reach an impressive 372,000 per year. Google searches are also high for recipes like Kaiserschmarrn (132,000) and Krapfen (51,600).

Another popular online Christmas recipe comes from Germany in the form of Lebkuchen – biscuits made from moulded honey cake and decorated with icing or chocolate. Our analysis found 432,000 searches are made enquiring about this recipe annually.

The most popular dessert recipes in Southern Europe

The most popular Spanish dessert recipes is Magdalenas, with an average of 144,000 searches made annually. This refreshing lemon cupcake is joined by Arroz con Leche (132,000 searches), a type of rice pudding, and Leche frita (85,200 searches), a flour and milk dough that is fried before being topped with a sugar glaze.

Well-known across the whole world, Italy’s most popular dessert recipe is (unsurprisingly) Tiramisù. Coffee-flavoured and layered, this dessert is a worldwide hit and popular with Italians who search for the recipe an average of 732,000 times a year.

When you think of Portuguese desserts, the first one that comes to mind is probably Pastéis de Nata – a custard tart with cinnamon dusting. However, Portugal’s most Googled dessert recipe is Leite de crème, a take on Crème brûlée, with 28,800 searches. Bolo rei (roughly translated to ‘king cake’) is also searched for 12,000 times on average each year.

The most popular dessert recipes in Northern Europe

Kladdkaka is the most popular Swedish dessert recipe, and is searched for an average of 696,000 times a year. The sticky chocolate cake has caught the interest of many people who would love to try this recipe out themselves.

Comparatively, Danes are more likely to search for a warm rice pudding dish rather than a chocolate dessert. Denmark makes an average of 50,400 searches for Risengrød each year, followed by Kransekage (a traditional ring cake) at 40,800 and Æblekage (apple cake) at 32,400.

Sweden’s neighbours, Finland and Norway, both have top dishes that have over 10,000 annual searches. Smultring, Norwegian fried doughnuts, are searched 1,400 times a month, totalling 16,800 a year, and Mämmi, a Finnish sweet made from malted rye, has 10,800 yearly searches.

Lastly, Lithuania’s most popular dessert recipe is Tinginys. This dish is like Tiffin, with a mixture of condensed milk, butter and cocoa, and is searched for an average of 25,200 times annually.