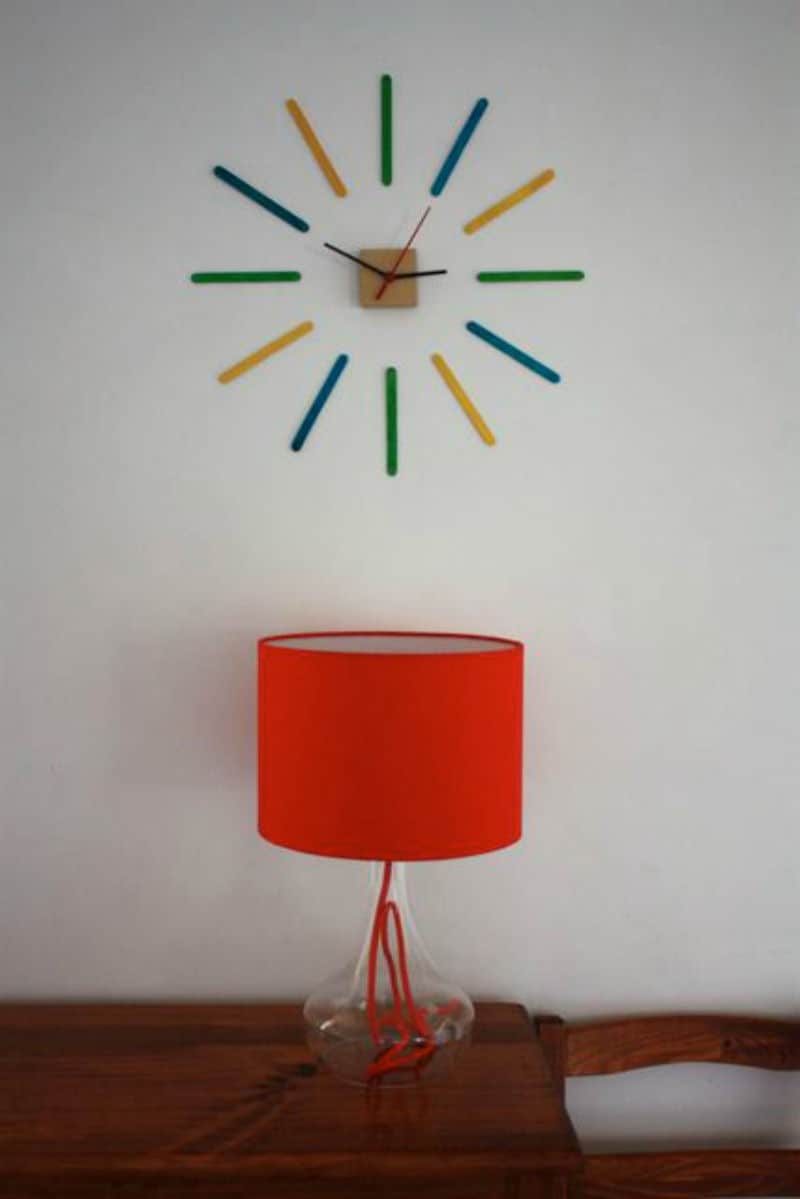 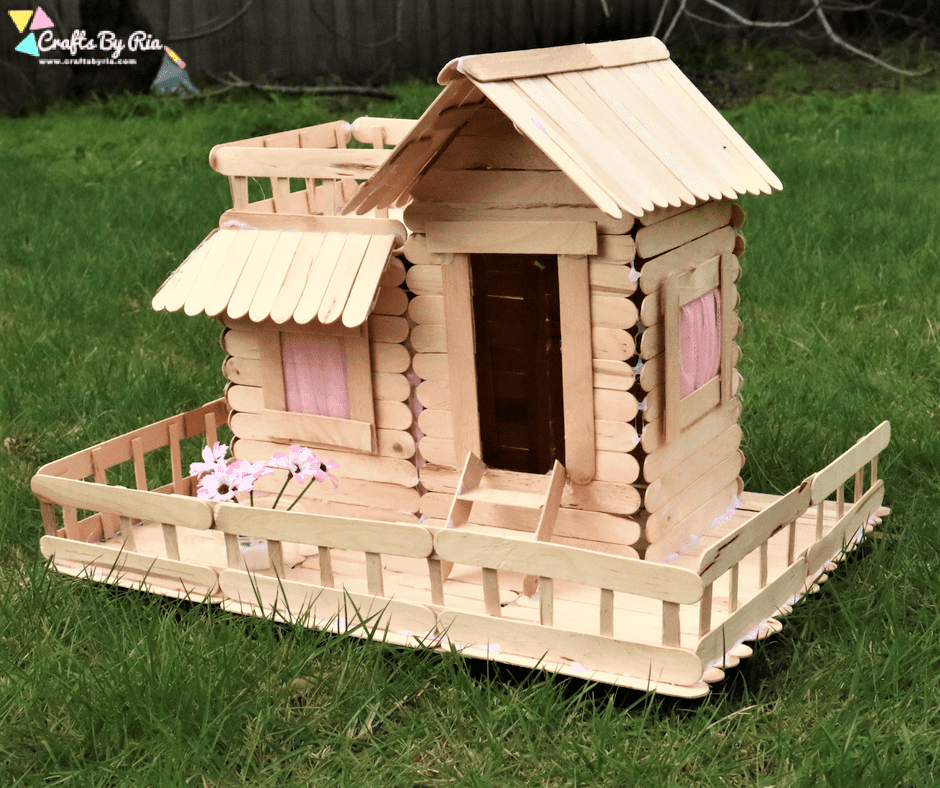 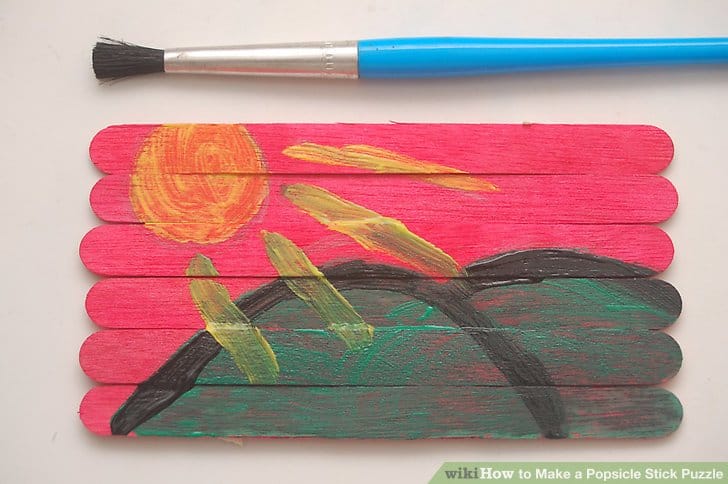 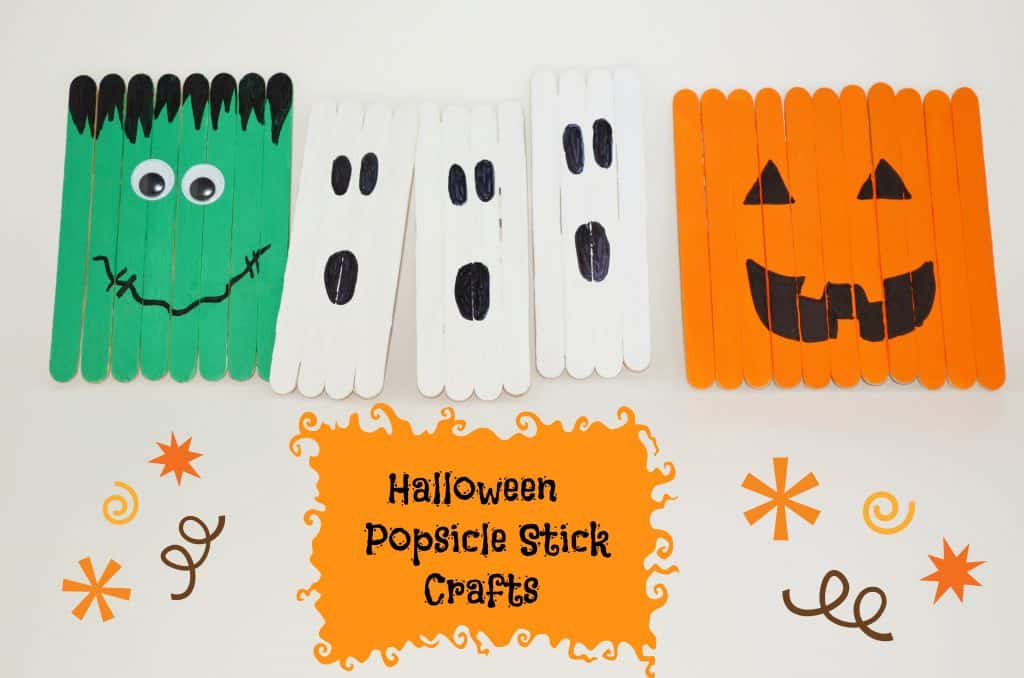 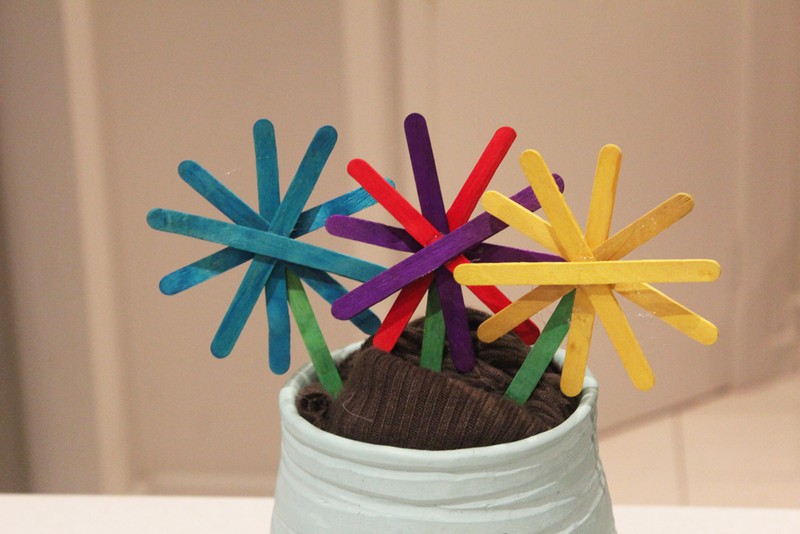 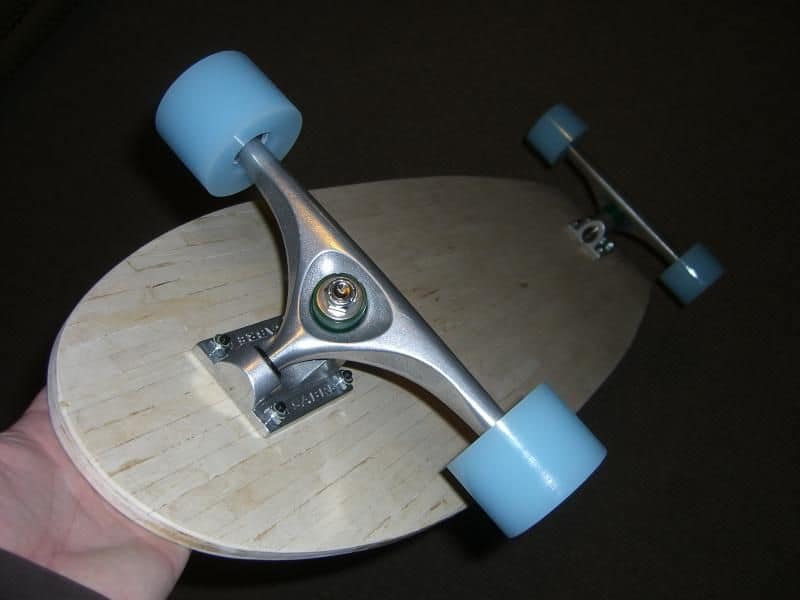 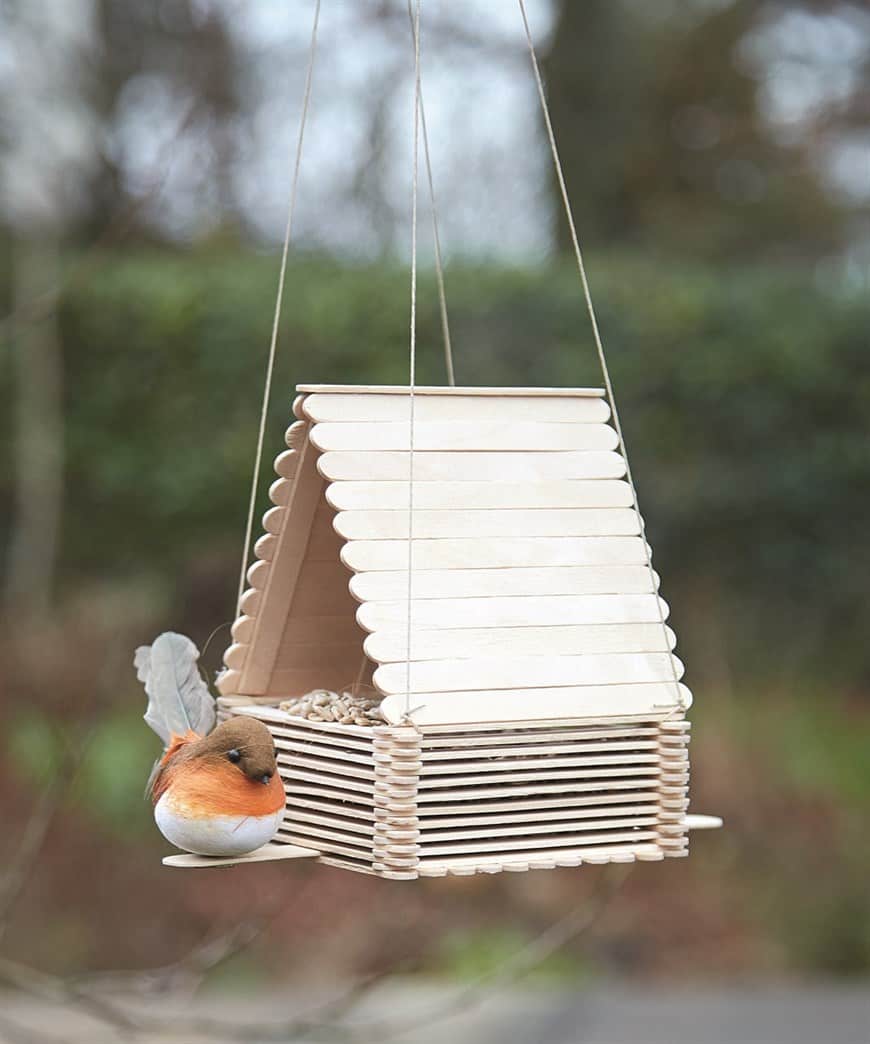 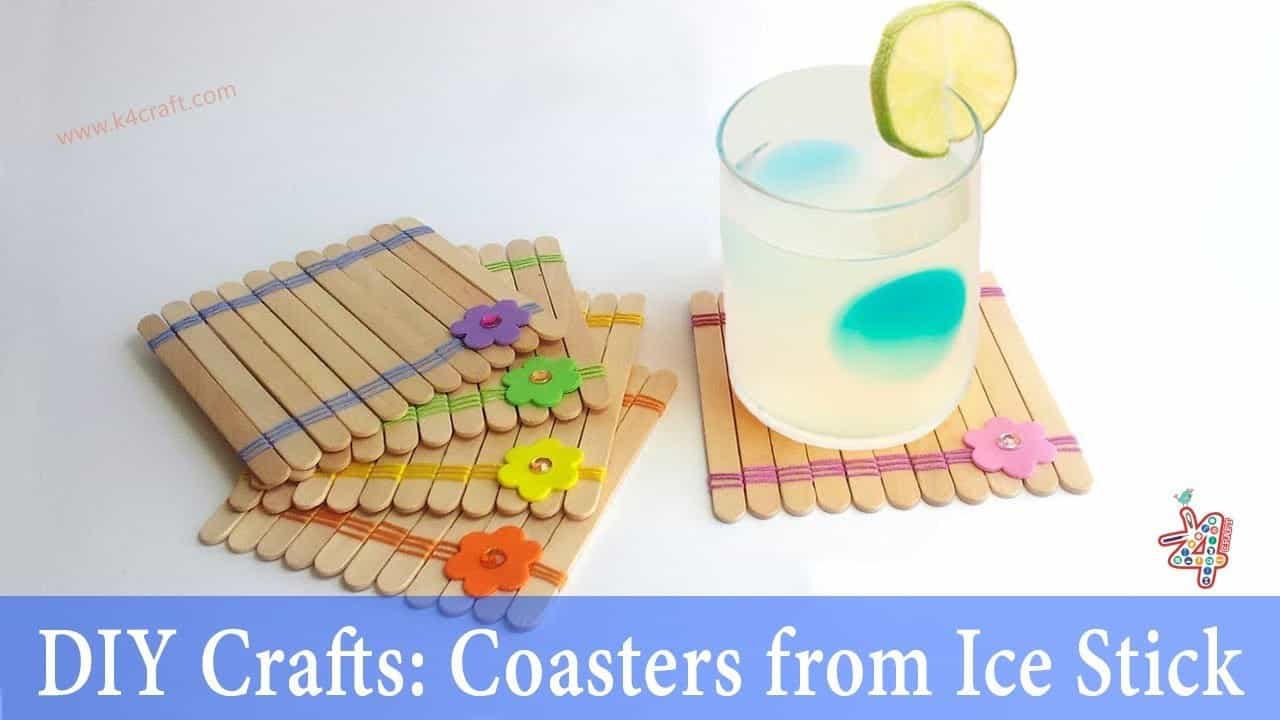 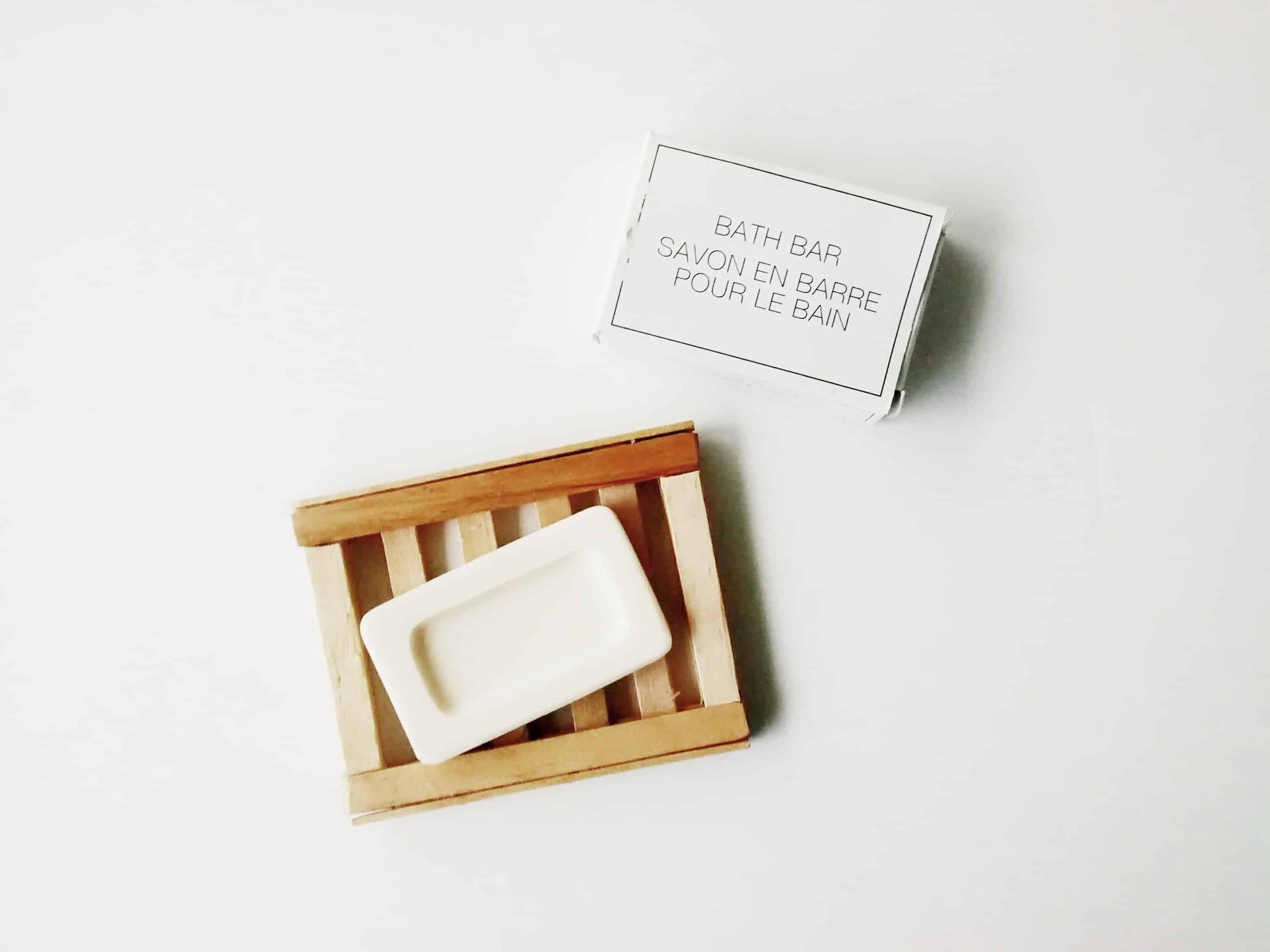 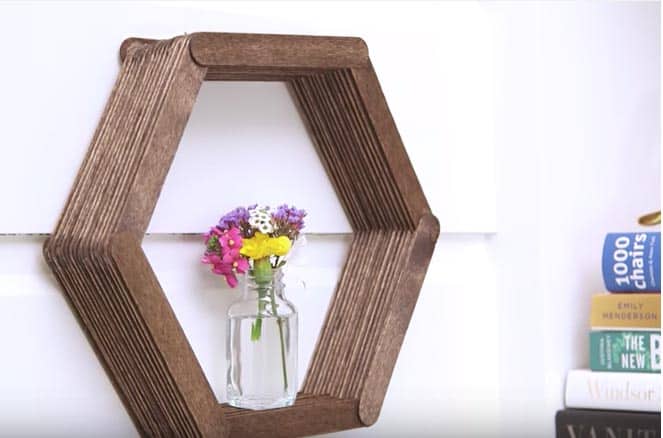 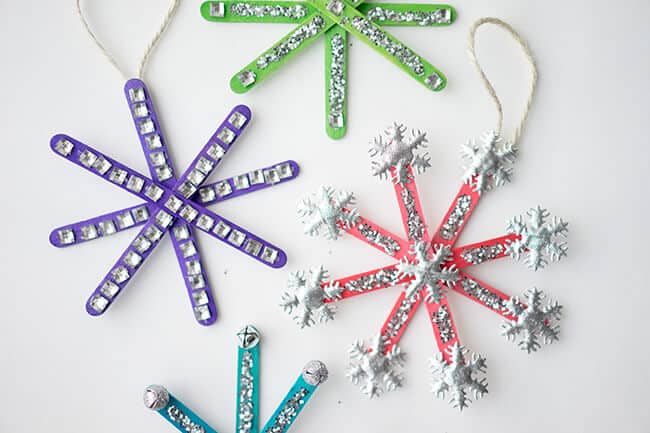 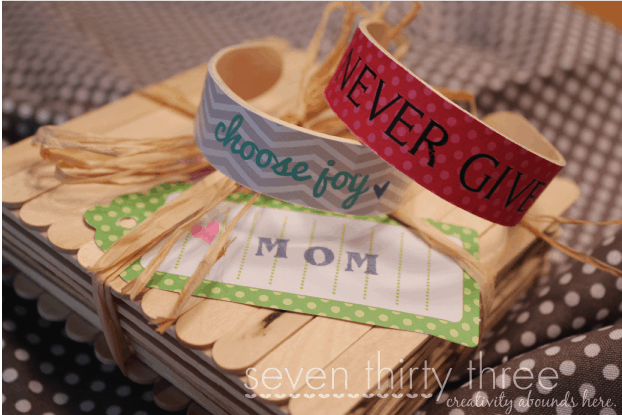 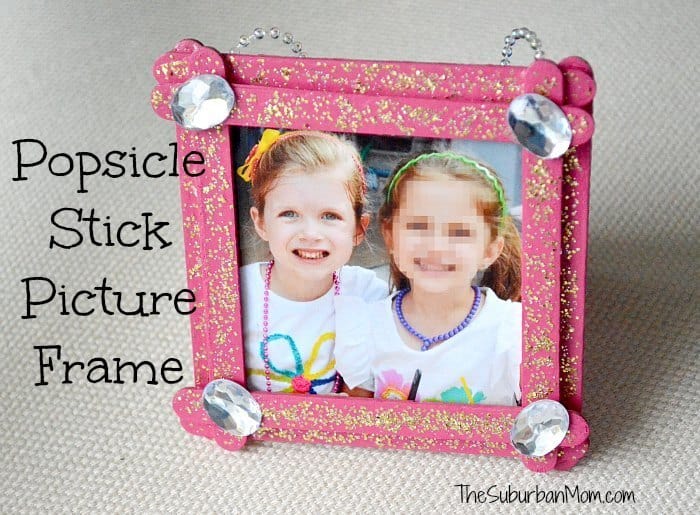 In the world of crafting, there are certain tools and supplies that are simply classic and that every child enjoys using. As crafty parents, we’ve become so used to making things with some of those tools with our kids that even we have our favourites too! That’s how popsicle stick crafts became quite so popular in our house. We constantly have our eyes peeled for new ideas that put them to good use!

Just in case your kids love making popsicle stick project and crafts just as much as ours do, if not more, here are 15 of the best ideas, designs, and tutorials we’ve come across so far in our search.

Okay, we’ll admit it… this one’s mostly for us! We actually made this fantastic little hexagon shaped popsicle stick shelf and now we have a lovely little porcelain figurine hanging in it in the living room. Our kids don’t take much interest in it anymore, but once upon a time theydid really enjoy helping us build it by stacking the sticks end to end with us! Get the full details for making one of your own onDIY Projects for Teens.

Perhaps you’re looking for a way to use popsicles sticks to make something that your kids can give to a friend or family member as as simple gift? In that case, we think you’ll really appreciate the wayInspiration Made Simplemade not only a popsicle stick bangle but also a gift box to go along with it! Washi tape comes in handy for adding colour and pattern but you could embellish these however you please.

Are you the kind of person who adores making things around your house to replace store bought versions, just to keep things green and showcase your DIY skills wherever possible? Then we’ddefinitely suggest taking a look at howCut Out and Keepmade this simple popsicle stick soap dish in just a few quick and simple steps.

Making coasters is such a fun, quick, and casual craft that we could honestly write an entire post about making just those. For today, however, we’ll just show you these adorable popsicle stick coasters outlined step by simple step thanks toK4 Craft Video Tutorials! We adore the way they added colour and simple detail by winding some brightly coloured embroidery thread between the sticks on each end and adding a foam and rhinestoned flower.

In our house, sometimes the projects that go over the best are the ones that are fun to make in the momentand have some kind of further use alter on in the day! That’s why the idea of making popsicle stick bird houses was such a popular project in our house. This tutorial fromDocraftsshows you how to stack the sticks end to end like old toy log cabins and then add a roof with space for bird seed.

Are you actually the kind of hands-on DIY enthusiast who would always rather go above and beyond and challenge yourself with a material if you’re going to invest the time and effort? In that case, we think you’ll have alot of admiration for the wayInstructablesmade an entire longboard style skateboard entirely from popsicle sticks. The trucks are real because the board actually works!

Are you looking for something easy and spring inspired looking to get your kids out of the cold weather funk and feeling crafty and creative again? In that case, we think you might get along really well with the wayMy Kid Craftmade these adorable, colourful popsicle stick flowers and even “potted” them in a vase! This project is easy enough for kids to make themselves.

Have you actually always been the kind of DIY enthusiast who is completely intrigued with the idea of understanding mechanics and making things that actually move, work, and function? In that case, youjust might be the perfect person to give this fantastic popsicle stick crossbow a try! Get the full instructions onInstructables(but be careful with the finished product).

Did we really catch your attention when we started talking about popsicle stick made gift ideas that your kids might create and give to a friend or family member for a special occasion, or even just to make them feel a little extra love? Then we’ddefinitely suggest taking a look at howThe Suburban Momcreated these adorable popsicle stick photo frames that you can actually put photos in. Embellish and decorate them however you please!

Okay, we know it might be a little bit early to be starting Halloween crafts, since the season isn’t quite right, but we’re the kind of crafters who get so enthusiastic about themed projects that we’re always bookmarking seasonal pieces all year round, even if we won’t use them for several months. That’s why we couldn’t resist the urge to show you these adorable Halloween themed popsicle stick characters bySurviving a Teacher’s Salary!

Are your kids actually huge fans of puzzles and you’ve been trying to find them all kinds of projects that involve making something they can use or play with again later, even though you’re trying to keep it simple enough for them to make themselves? In that case, we think you simplymust take a look at the wayWikiHowcreated a painting across several popsicle sticks put together and then broke them apart to make a horizontal puzzle they can put together again later.

Were your kids actually rather intrigued indeed by the concept of making a popsicle stick birdhouse but, in their excitement, you know they planned something much bigger than what you saw in those pictures, imagining a veritable bird mansion? Then we have a strong feeling this adorable popsicle stick house outlined step by step onCrafts by Ariawill be a little more up your alley!

Were you a pretty big fan of the spring flower concept we showed you a little bit earlier on our list but it’s still really wintery out right now and you’d rather make something that’s more with the current season? In that case, we’ddefinitely suggest taking a look at howThe Best Ideas for Kidsused the same technique but decorated the shapes with silver sparkles and glitter so they look like snowflakes instead!

Do you remember those kinetic toy “bombs” from when you were a kid that were made of plastic pieces and could shrink or extend from a small ball to a big ball in just a few seconds? Well, believe it or not, you can make those yourself without even having to work with plastic!My Silly Squirtsshows you how to make something similar with crossed over, colourful popsicle sticks attached end to end instead.

If you’re going to work with popsicle sticks, would you rather make something decorative and for yourself rather than just crafting kids’ stuff with your children? In that case, we think you might get along a little better with something like this slightly abstract popsicle stick wall clock outlined step by step Hip House Girl. Customize the colour to your tastes or decor scheme!

Have you made other kinds of awesome popsicle stick crafts before that your kids really enjoyed but that you don’t see anything quite similar to on our list? Tell us all about how you created it or link us to photos of your finished work in the comments section!

60 DIY Gift Baskets To Bring Happiness to Loved Ones

19 Popsicle Stick Crafts To Complete On A Rainy Day