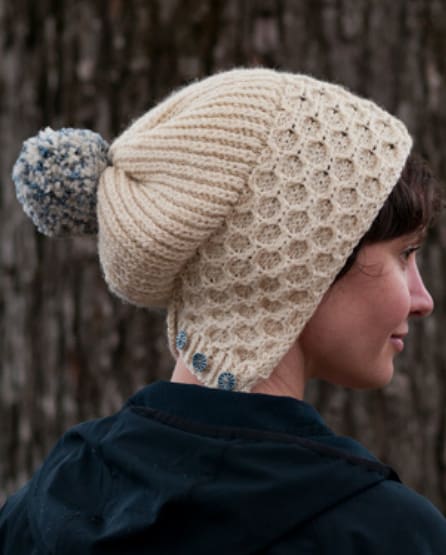 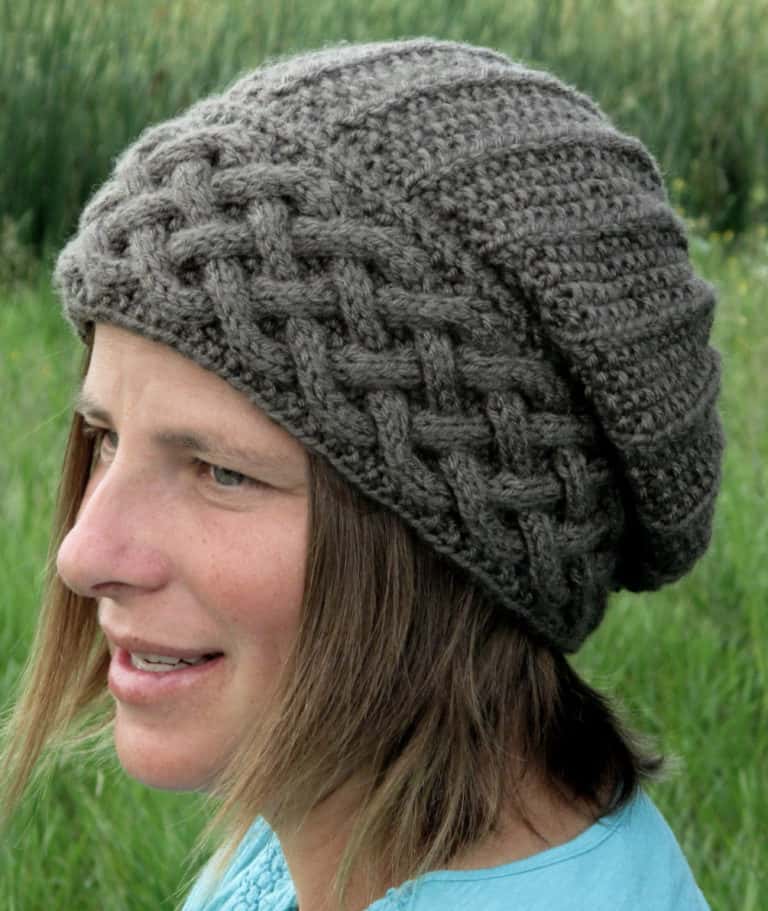 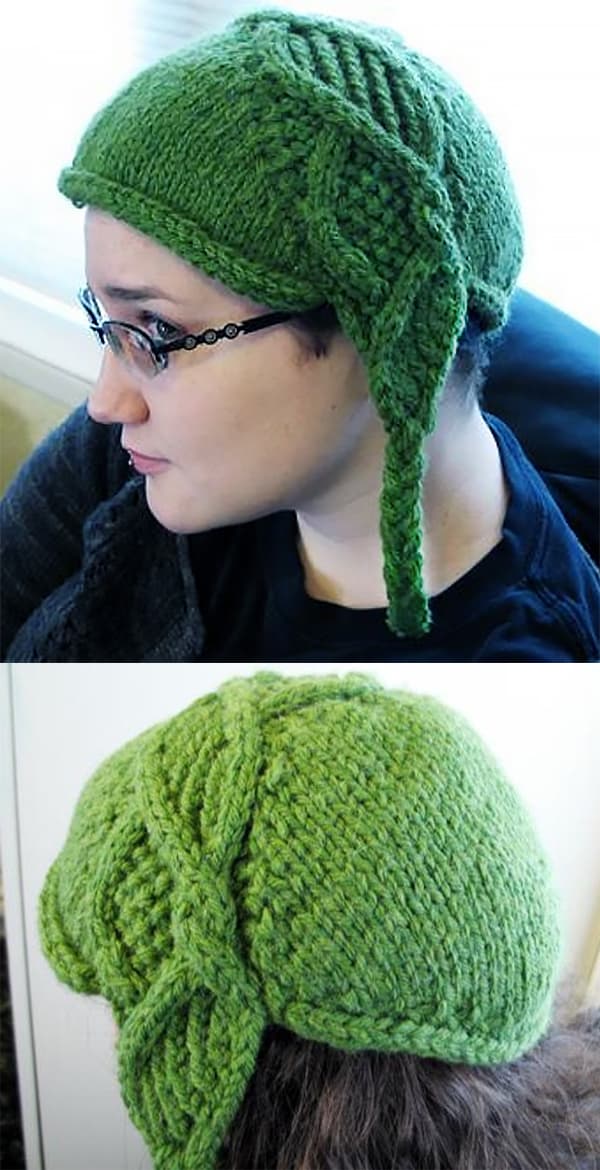 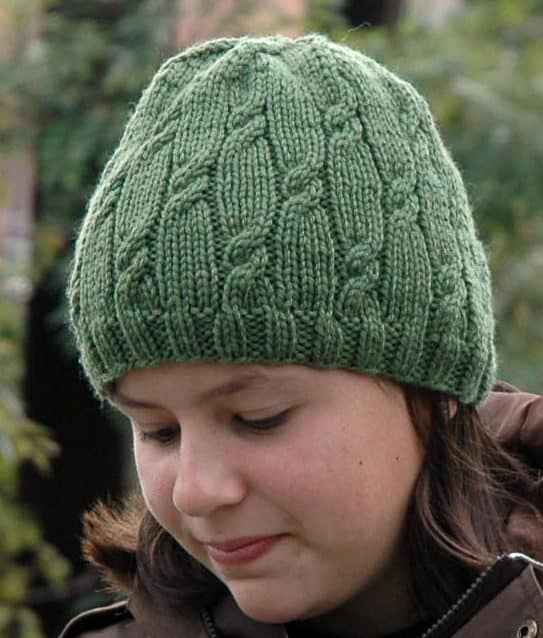 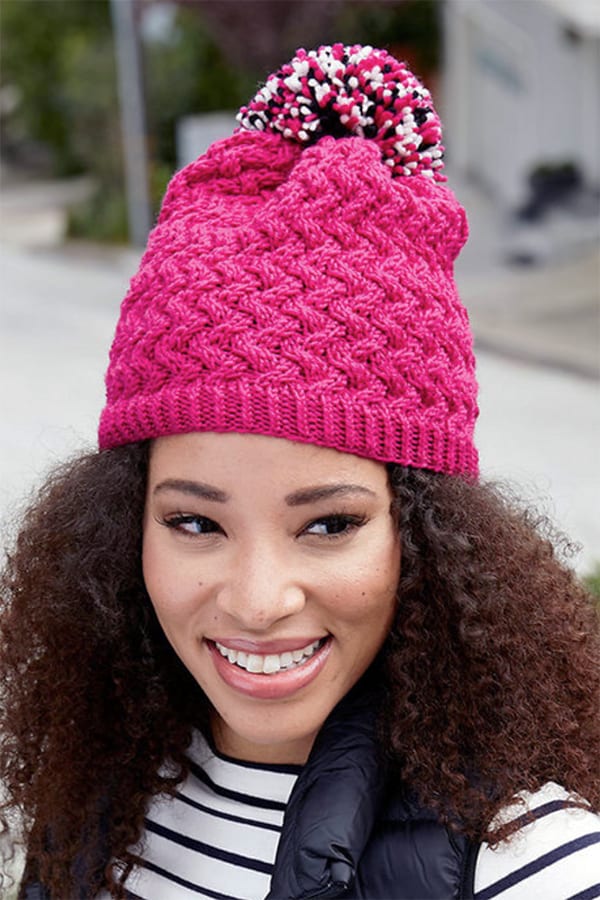 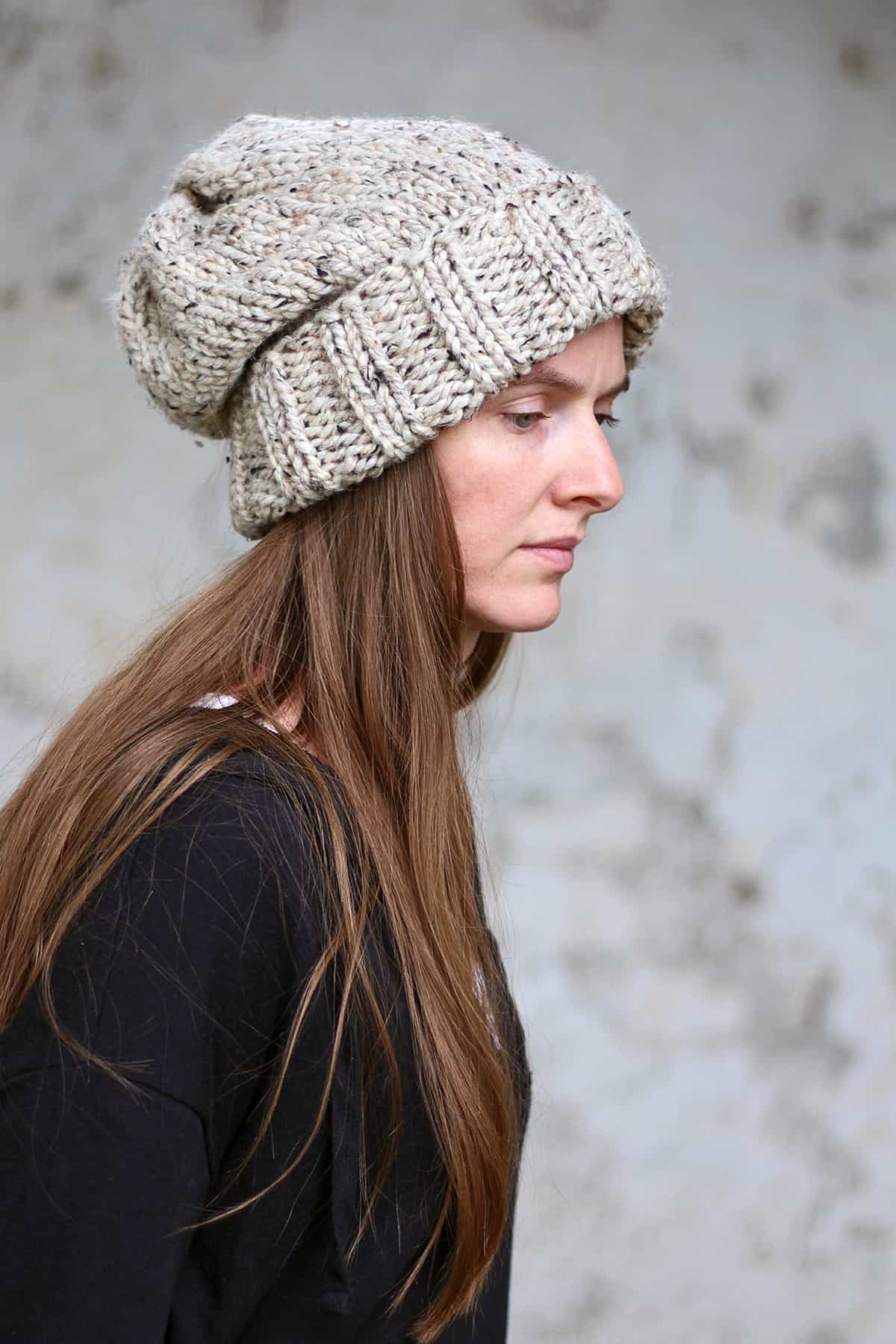 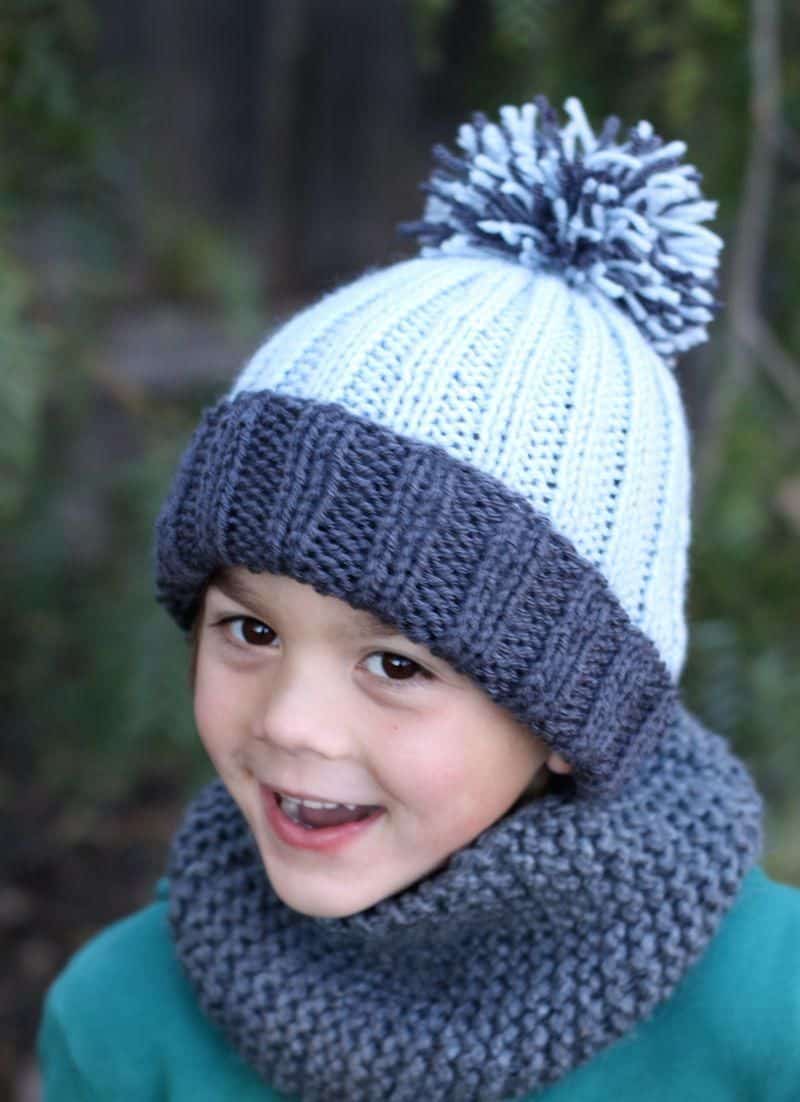 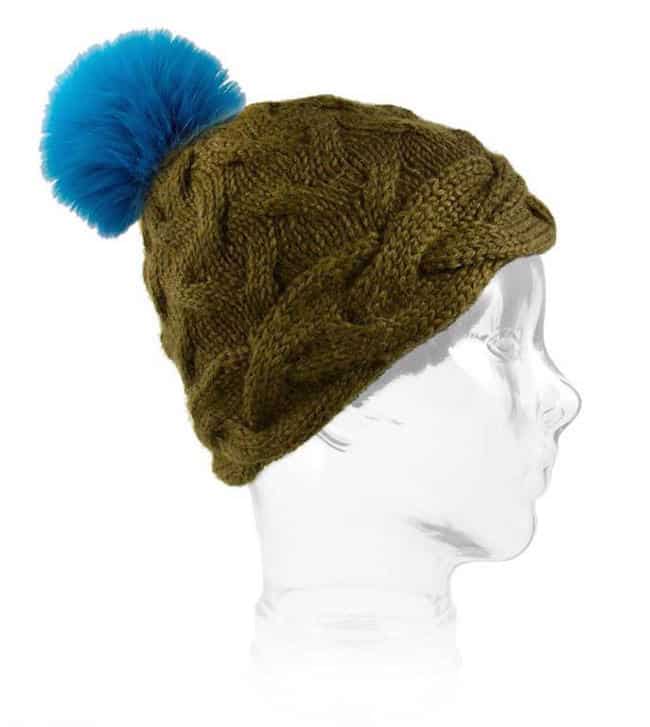 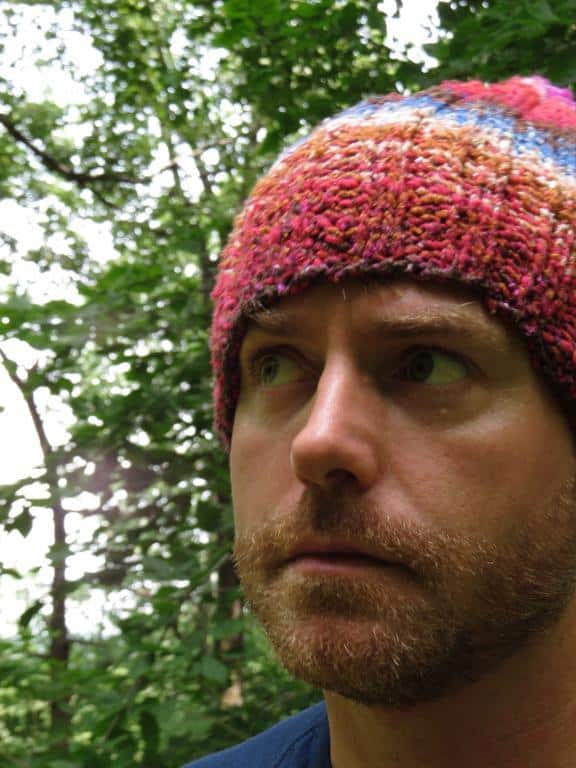 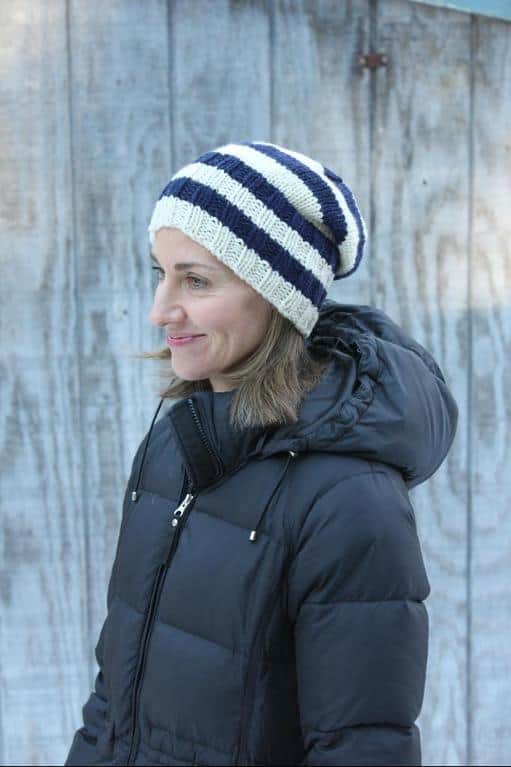 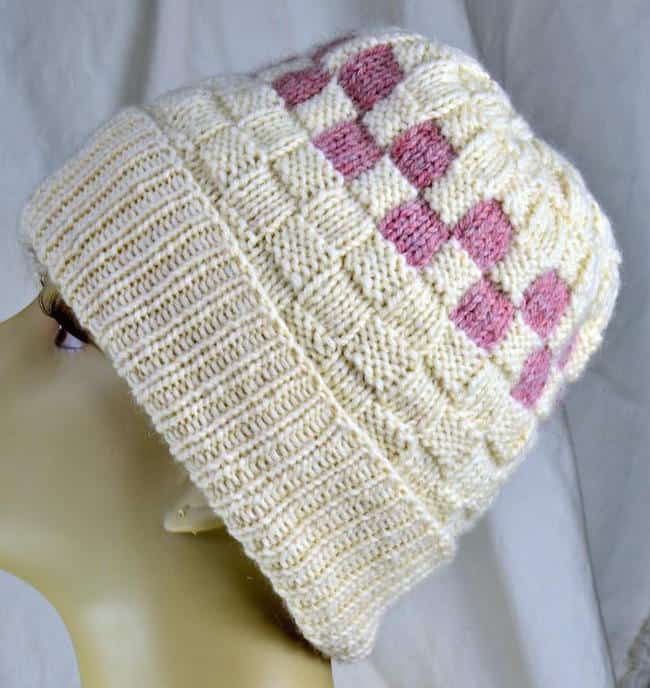 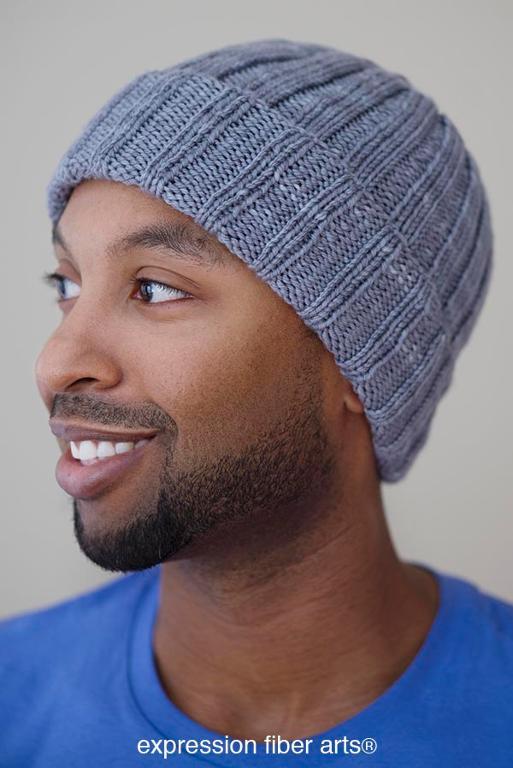 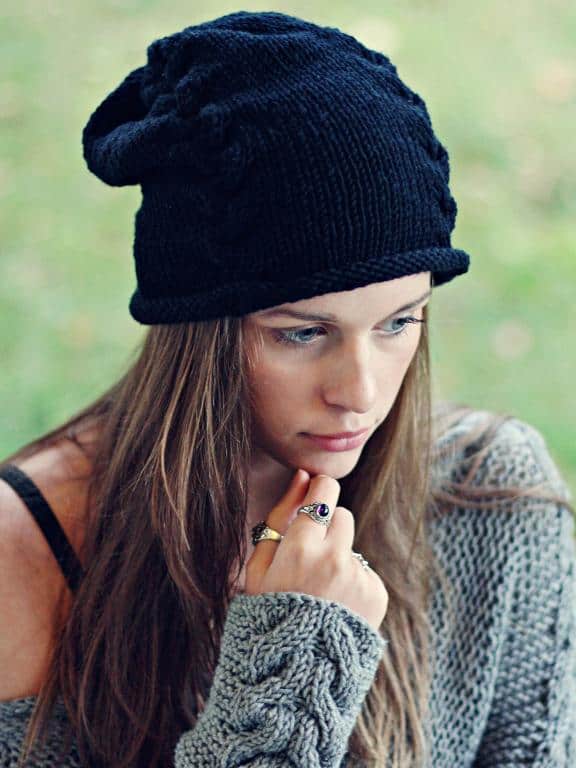 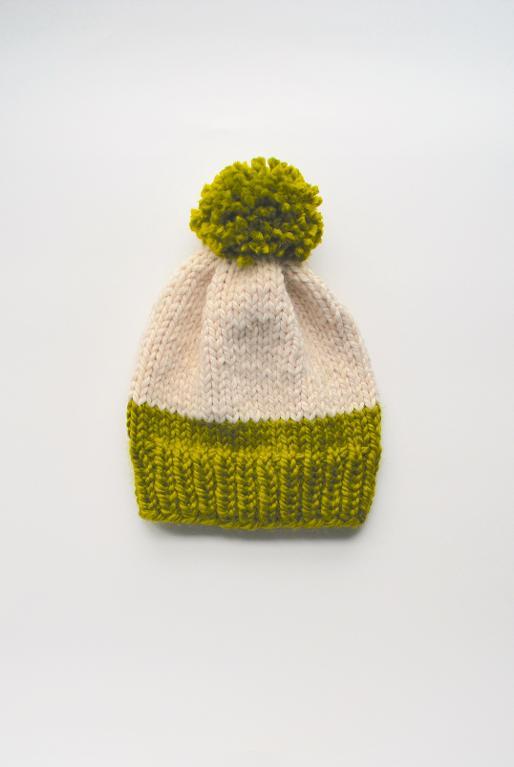 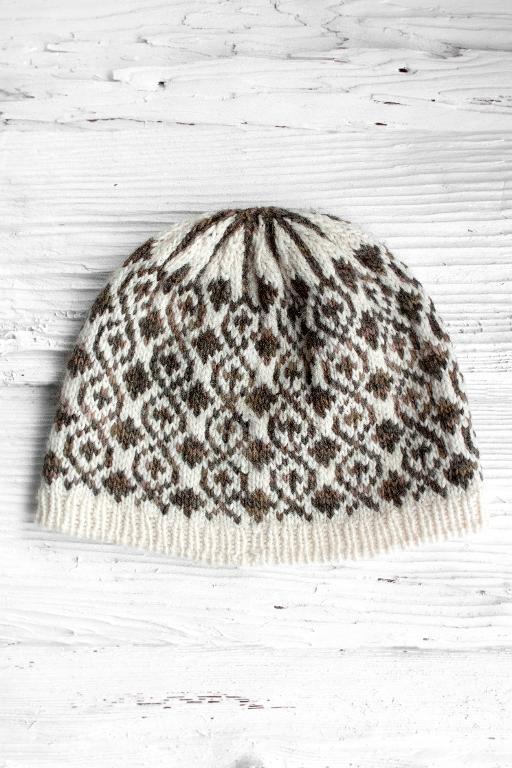 Few things are as satisfying in the yarn works world than knitting a hat. Knitted hats are warm, stylish, fairly quick to do, and there are so many creative and unique options that we feel like we could scroll through them all day long! That’s how we found ourselves bookmarking so many gorgeous patterns in hopes of trying them out on our needles sometime this winter.

Just in case you love knitting hats just as much as we do, if not more, here are 15 gorgeous designs, patterns, and tutorials for knitted hats that we just couldn’t scroll by without saving!

Have you always been a huge fan of colour work and hats are no exception? Then we have a feeling you’re going to get along very well indeed with this lovely vine inspired pattern featured step by step on Fairmount Fibres!

Just in case you’re a beginner looking to make something simple but fun, here’s an easy stockinette hat that’s made more interesting thanks to a slouch style, and colour stripe, and a wonderfully large pom pom. See what we mean on Ashley Lillis!

Have you always hated the way knitted hats occasionally stretch out at their ribbed band, cause them to slide? Then maybe you’d prefer to make a slouchy hat that has no rim at all! We love the way this hat from Katrine H. Designs curls up a little bit at the edges.

Whether you actually make this hat for a boyfriend or not, it’s wonderfully classic and has fantastic dimensions for making it fit heads of all sizes perfectly! We like the way it ribs all the way up rather than stopping after the band. Get the full pattern on Expression Fiber Arts.

Do you like the idea of adding a few pops of colour to the hat you’re knitting but you’re not sure you’re ready for traditional Fair Isle style colour work just yet? Then maybe you’d prefer this simple garter and stockinette grid look with some of the boxes done in a contrast shade! See how it’s done in clearer detail on Sara Setters Designs.

Did we catch your attention when we started talking about beginner patterns because that’s the skill level you’re at but you’re still like to challenge yourself a bit? Then maybe its time to learn about colour striping! This tutorial and pattern from Laura Reinbach Designs is a fantastic way to try it out.

Did you like the idea of a hat that ribs all the way up from the brim to the crown but you’ve never liked the way beanies fit and you’d much rather create a hat that has some slouch to its style? Well, you could just wing it but you might get the wrong length and have to pull your stitches back. Instead, try making this awesome pattern from Yarn Over New York!

8. Through The Marsh hat

Are you quite an experienced knitter and you’ve been thinking about making a hat that has a lot more visual interest and detail knitting to it, without making things too hard? In that case, we’d definitely suggest taking a look at how Universal Yarn created this design that has differing cables in all kinds of directions rather than just straight up and down!

Just in case you’re still intrigued by the idea of a fully ribbed hat but you have a littler head and maybe a pom pom in mind, here’s a fully pattern and tutorial for making a kids’ sized rib toque with a folding edge and a pom pom made with two colours! Get the pattern details on Clara Wiking.

Do you have a female friend in mind so you’re looking for hats that come in slightly smaller adult sizes but you’re determined to make it the kind of comfy slouch hat she can throw on any time? Then we think perhaps this pattern from Brome Fields might be the one for you!

Perhaps we caught your attention when we started talking about unique looking cables but you’ve always like the smaller kind a littler bitter than thick ones? In that case, we think you might get a kick out of the way Red Heart knit many little cables all the way around the surface of their hat in a wiggly pattern!

Thick ribbing is always fun, but knotted ribbing takes the cake! We think this hat is quite a good introduction to cables because the simple twists are small and few, and they’re also easy to see developing as you go around your hat. See what we mean in more detail on Cascade Yarns.

If you’re going to spend that time and effort into knitting a whole hat from scratch, would you rather knit yourself a design that’s really unique and unlike any other pattern you’ve seen before? Then we think you simply must take a look at this hat featured on Jessamyn Dukes that looks like a cross between a fantasy garment and something worn in a Celtic tale.

Just in case you’re still thinking about cables and criss-crossing techniques, here’s a hat that will have you properly weaving as you go! We can’t get over how much we love the contrast between the brim and the ridges and texture in the rest of the hat. Thanks goes to Knot Enuf Knitting for this pattern.

This hat is nothing short of stunning and we’re pretty sure it’s the first one we’ll try from this particular list! The delicate single rib around the body of the hat contrasts perfectly with the honeycomb effect at the band, where a gorgeous split is embellished with buttons. See how each step is done in detail on Sarah Pope.

Do you know someone who adores knitting and who you also know has been wanting to knit themselves a new hat? Share this post with them so they have all kinds of new patterns to browse through and try!