October might not be arriving any time soon, but we’d be lying if we told you that we didn’t make and often think about one of our favourite fall snacks all year round. That is to say: we’re completely obsessed with pumpkin seeds! There are just so many good ways to prepare and season them that the idea of eating them during only one season just doesn’t appeal to us. We want them all year round! That’s why we always have our eyes peeled for new flavours and recipes that we can try out in our kitchen.

Just in case you love the idea of making your own delicious and differently flavoured pumpkin seed recipes at home just as much as we do, if not more, here are 15 of the very best recipes, flavour combinations, and tutorials that we’ve come across so far in our search for just about every delicious option we can get our hands on! 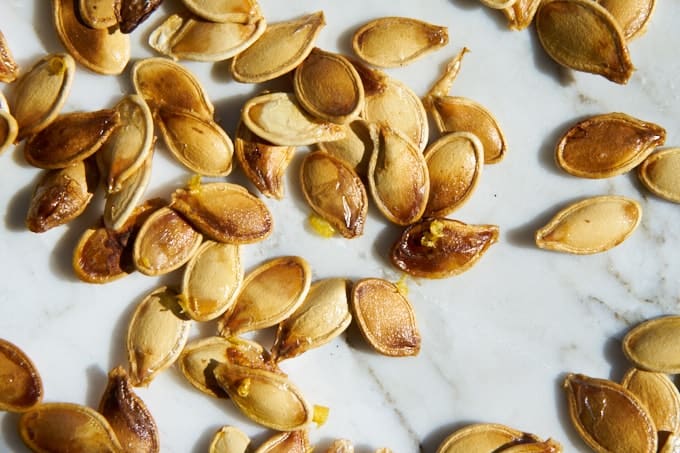 Besides showing you a full instructional guide for harvesting, cleaning, and toasting your pumpkin seeds to complete perfection, this tutorial and recipe from 101 Cook Books is amazing because it also shows you step by step how to season them so they taste like sweet curry! We’ve got this page bookmarked and we used it to enjoy our favourite snack all the time. 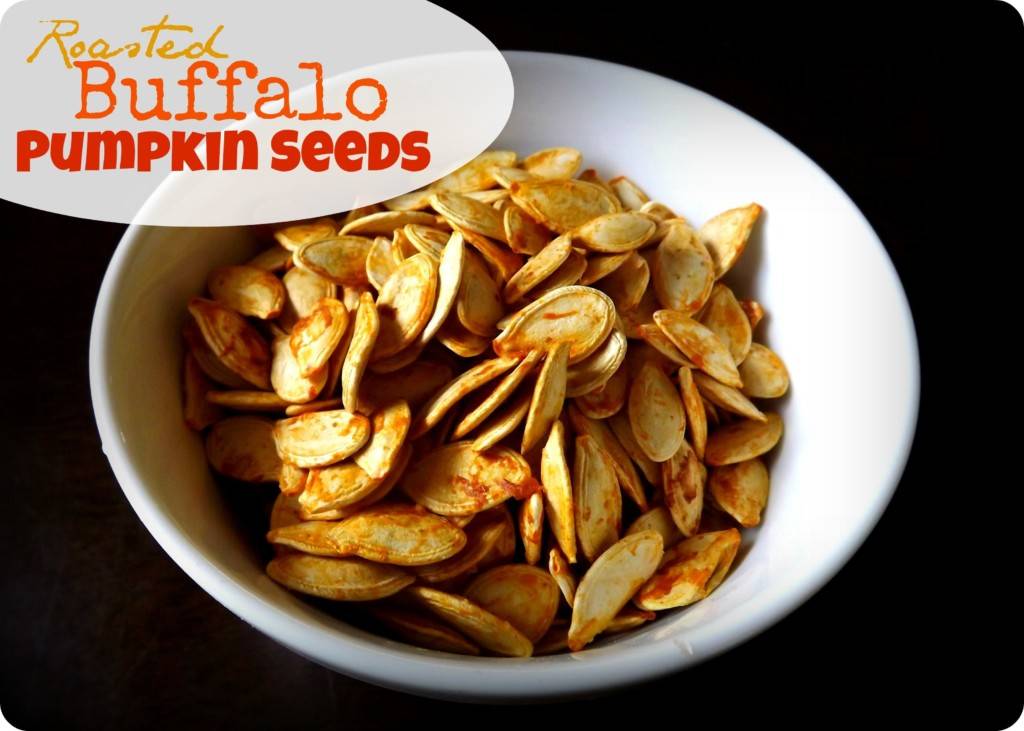 Are you absolutely into the idea of making a roasted pumpkin seed flavour that has a little bit of bite, so you were intrigued by the curry concept, but you’d rather keep that spice and kick instead of balancing it our with sweet notes? In that case, we’d definitely suggest taking a look at how Passion for Savings made this roasted Buffalo version instead! 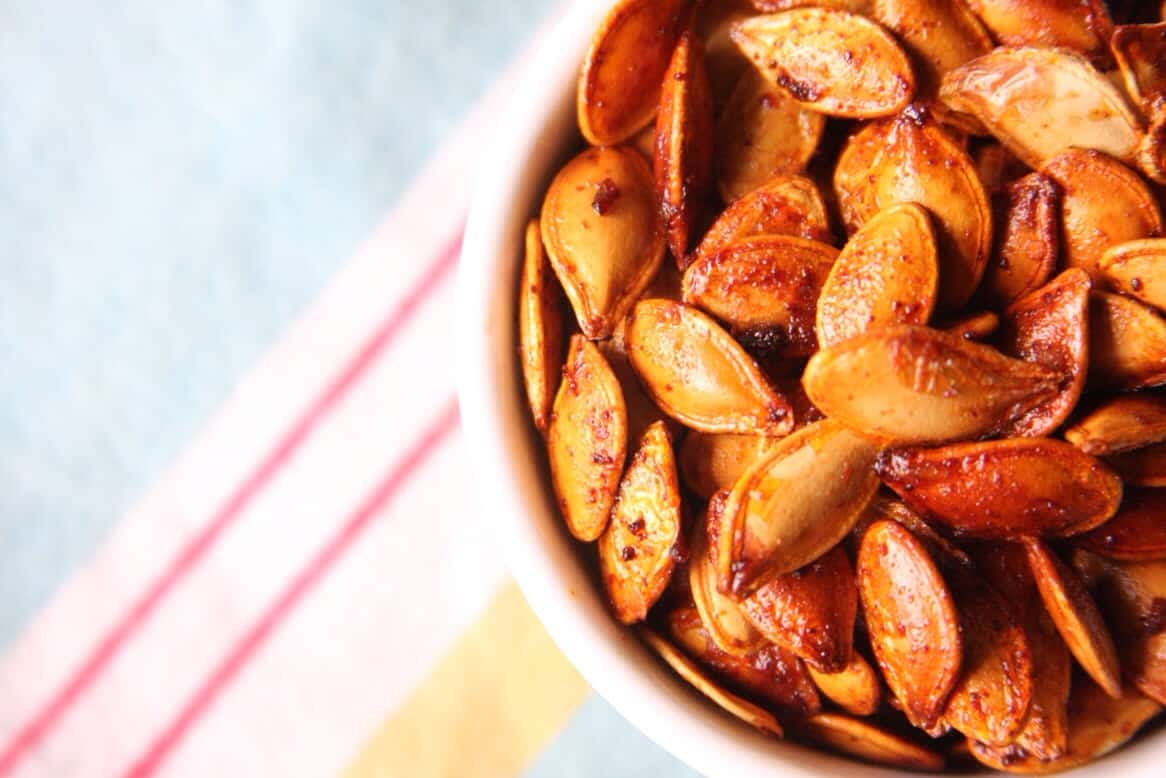 Are you actually feeling very intrigued indeed with the idea of making a recipe that has a little bit of sweet and a little bit of hot, but you’re the kind of person who really likes both, so you’d rather more umph to the flavours either way? Then we have a sneaking suspicion you just might get along a little better with a recipe like this sweet and spicy one featured on Organic Authority. 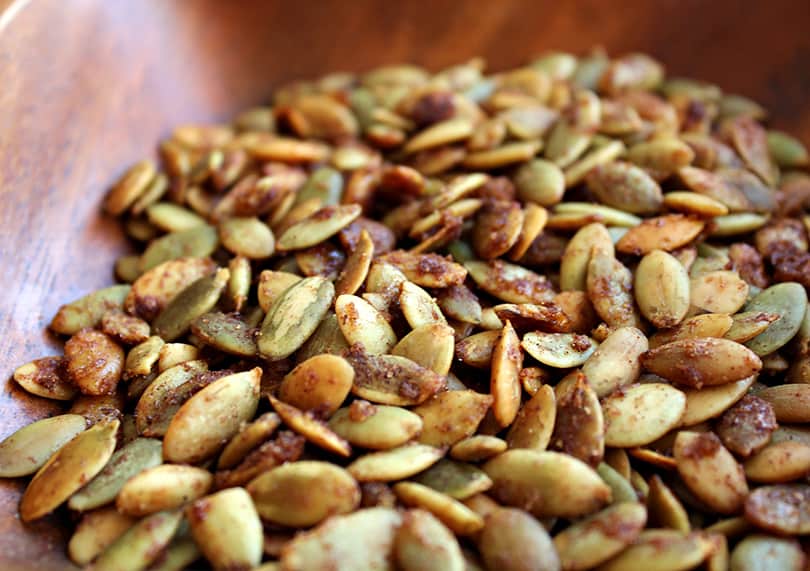 Are you interested in finding an awesome new recipe that has some kind of extra flavour you don’t often see in pumpkin seed flavourings, and you’re not necessarily attached to the idea of keeping your seeds savoury? In that case, we’d definitely suggest taking a look at how Delicious Obsessions made these delicious cinnamon coconut roasted pumpkin seeds in just a few simple steps. 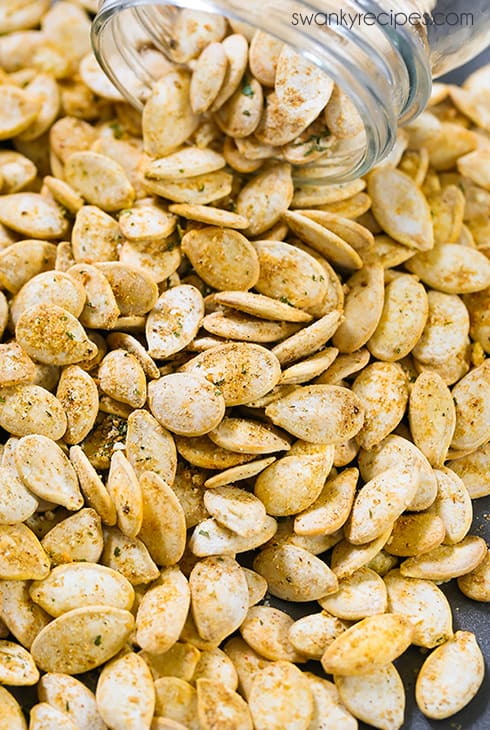 Perhaps you’ve been scrolling through our list and looking for a flavour that’s almost so common that people don’t often think about it, but you like it because it’s more like a bag of chips? In that case, we think you’ll really enjoy the way Swanky Recipes made these fantastic roasted pumpkin seeds that taste just like ranch! These are so full of flavour that they’re basically addictive. 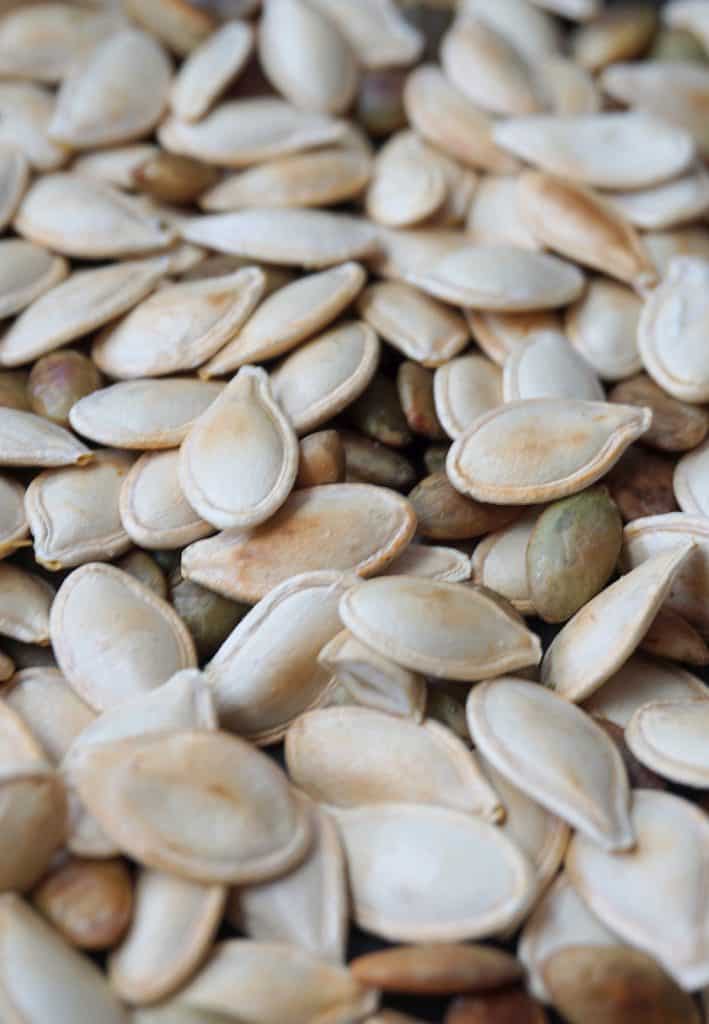 Have you actually never made roasted or toasted pumpkin seeds before so, before you even get to the part where you’ll be choosing your flavour, you feel like you could use a little more guidance than the average person in just getting the basics done for your favourite snack? In that case, we’d absolutely suggest taking a look at how Organic Authority made these plainly toasted seeds. They’re the perfect practice snack and they’re even delicious before you even get to adding flavour! 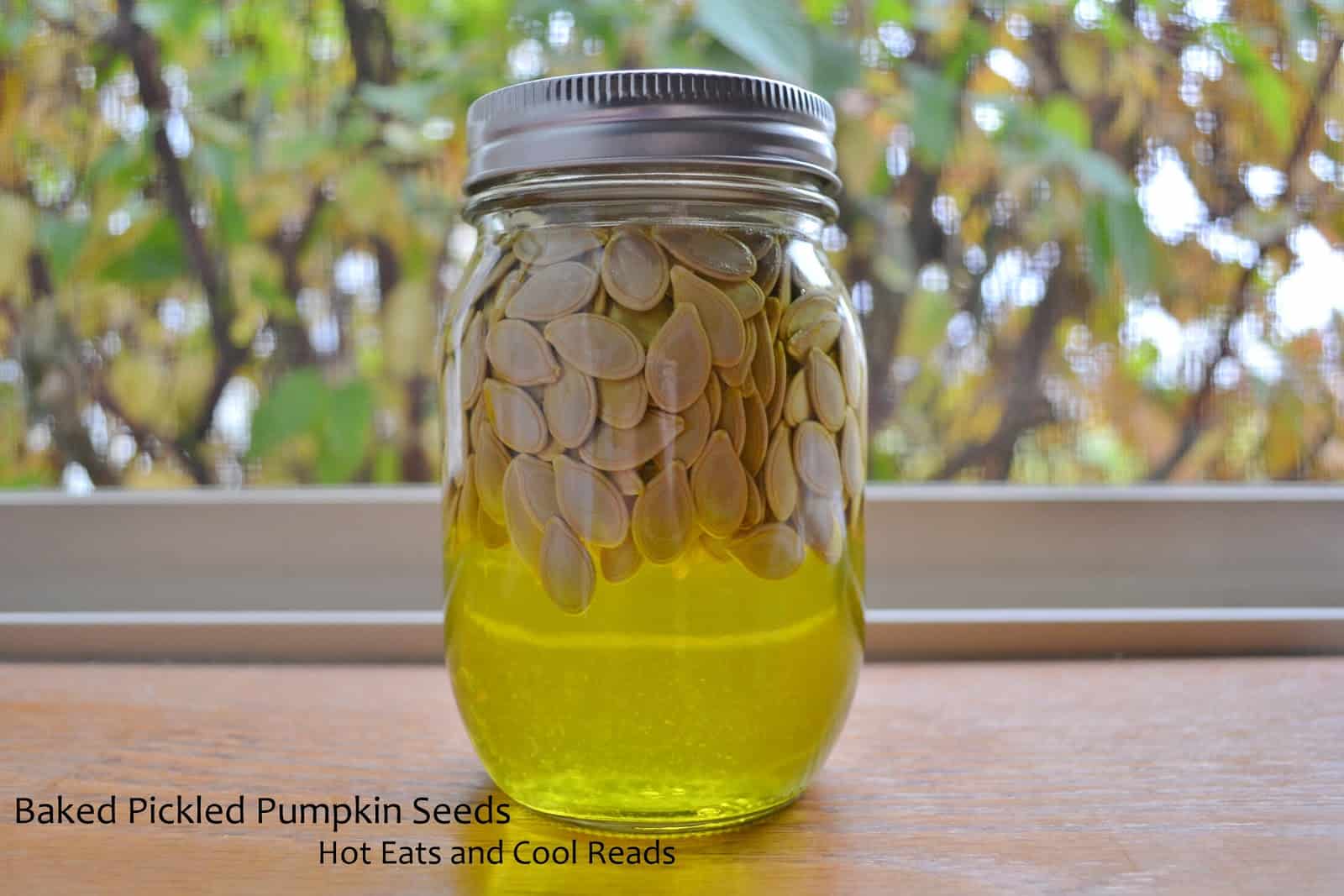 Just in case you’re actually still scrolling through our list and looking for a preparation method that’s a little different than what you’re used to doing, here’s an awesome alternative for your consideration! Check out how Hot Eats and Cool Reads guides you step by step through the process of of pickling your pumpkin seeds so they taste more like the pickles you’d put on your sandwich.

Are you actually still looking for different savoury seasoning options but you just haven’t quite seen one that really grabs and keeps your attention because you’re looking for something a that might taste slightly more gourmet? In that case, we’d absolutely suggest taking a look at how Bacon Today made this absolutely scrumptious bacon garlic pumpkin seeds. 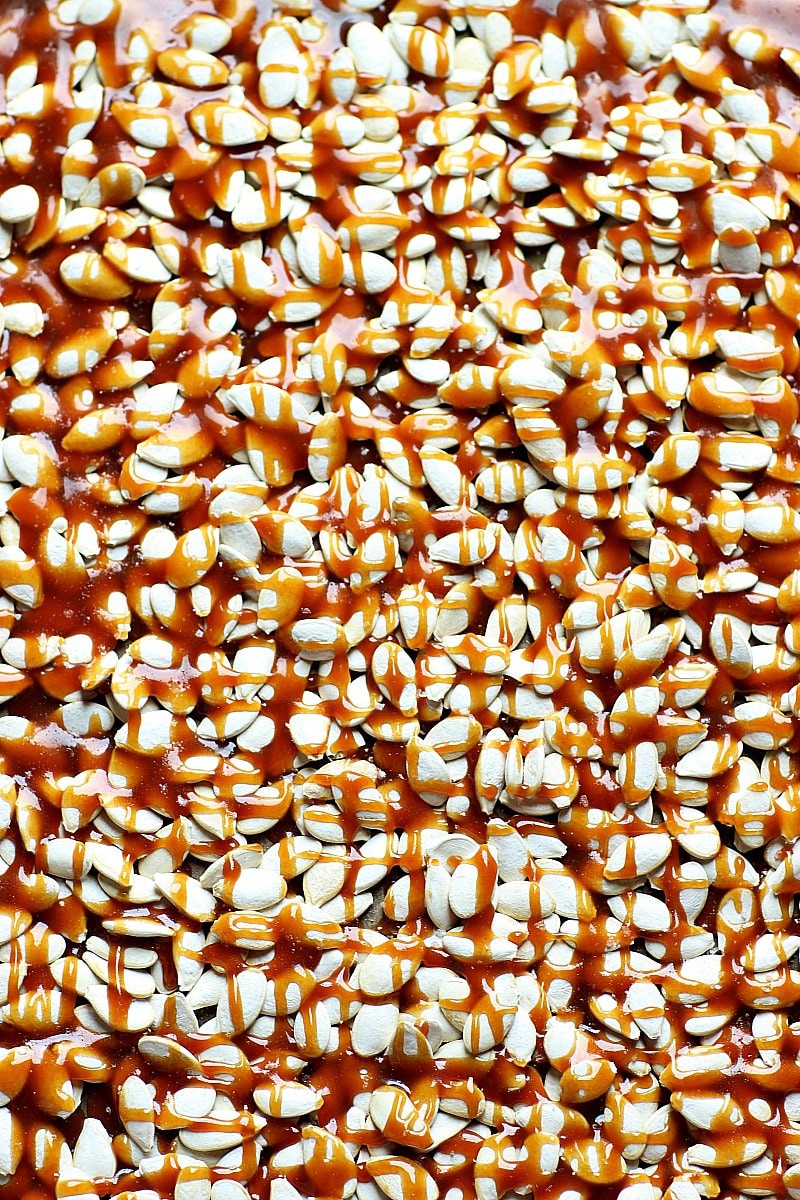 Are you the kind of person who absolutely adores eating treats that are both sweet and salty in one go but you’re craving something that’s a little more decadent, even though you know you’re settled on the idea of making pumpkin seeds? In that case, we’d absolutely suggest taking a look at the way Garden in The Kitchen made this fantastically drizzled salted caramel pumpkin seed snack that’s scrumptiously gooey and crunchy all in one place. 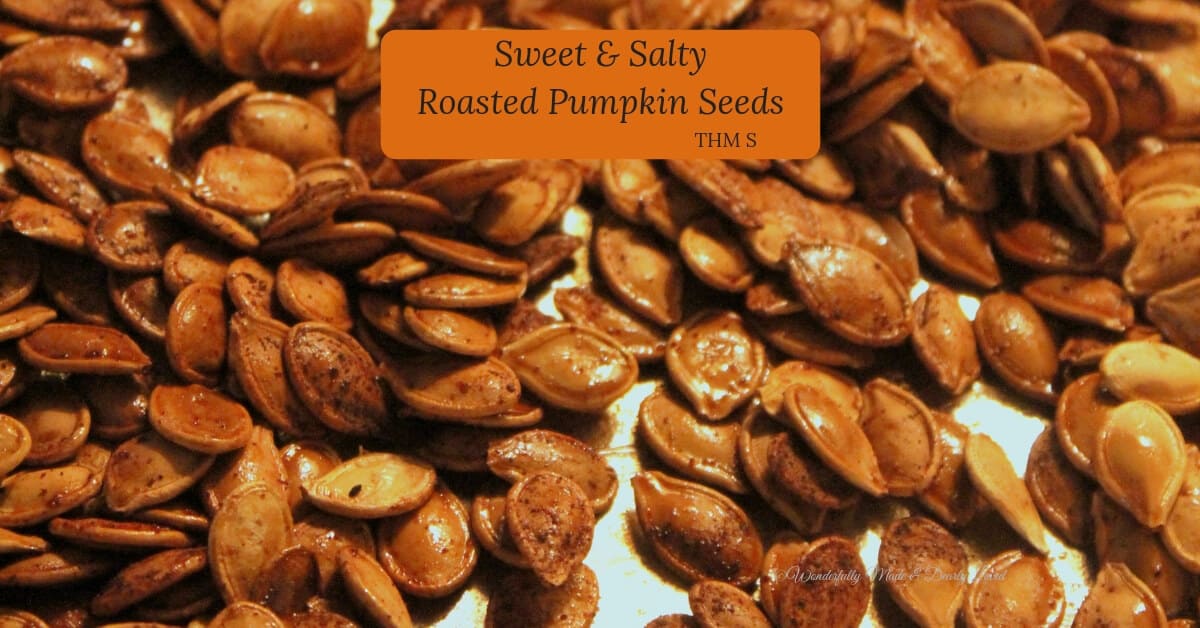 What if we totally hit the nail on the head when we mentioned snacks that taste sweet and salty all at once but you’re just not a big fan of caramel, so that idea won’t work for you? In that case, we’d definitely suggest taking a look at the way Sidewalk Shoes made this fantastic roasted pumpkin seeds that’s literally just what you’re looking for at that nice, simple level! 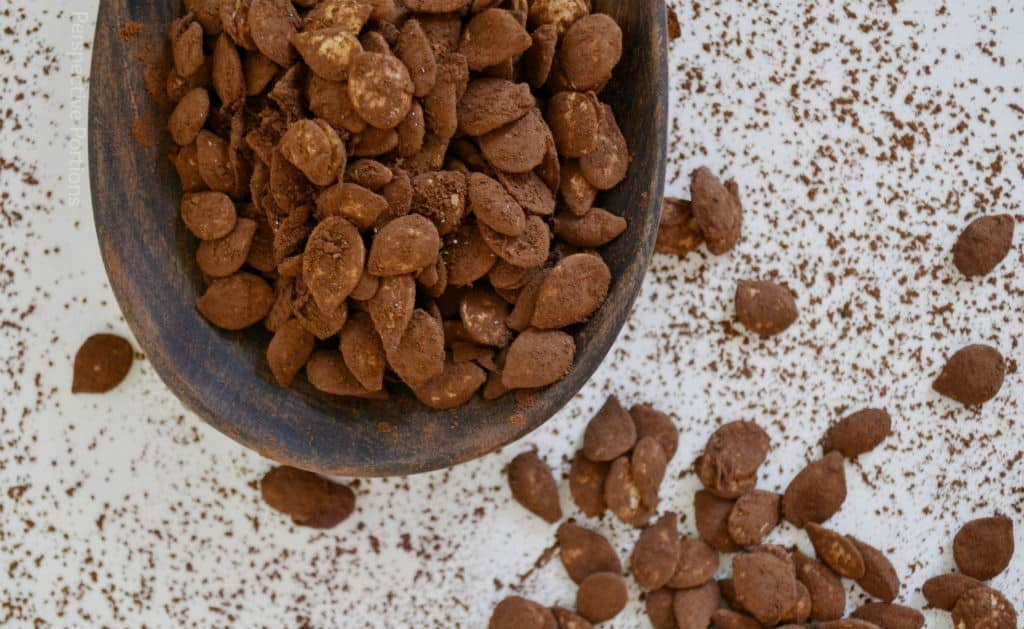 Are you actually the kind of person that loves chocolate flavours more than anything in the whole world and you’ve been dreaming about chocolate flavoured pumpkin seeds since we started mentioning the option of sweet recipes, but you’ve never seen that idea around before? Then we think you’ll be very pleased indeed to be introduced to this recipe from Perspective Portions! 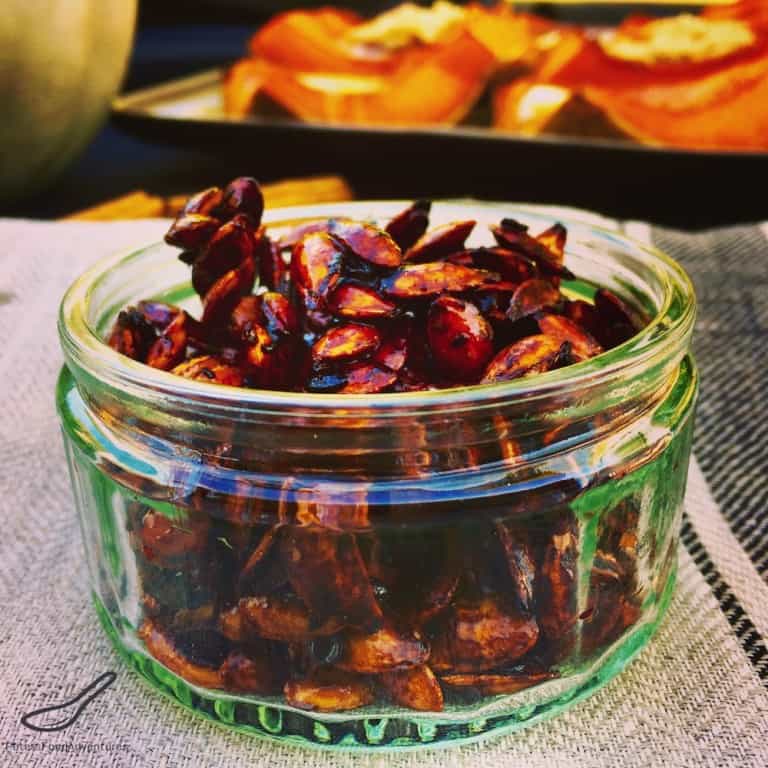 As you can probably tell by now, recipes that combine sweet, savoury, saltiness, and spice in some combination are definitely our favourite, so we’re sure you’ll feel no surprise at all to learn that we’re also completely in love with this sweet chilli roasted pumpkin seeds recipe outlined step by step on Peter’s Food Adventures. They pack a lot of great flavour and they’re the perfect texture too. 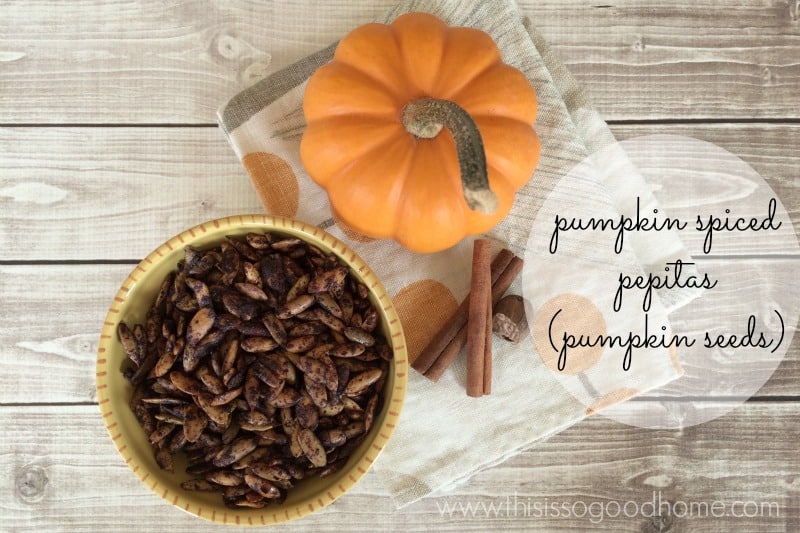 If you’re going to make one of your very favourite fall time treats regardless of what season it actually is, why not combine that with the flavour of another, just to really create yourself something thoroughly enjoyable and fragrant? That’s precisely what This is So Good did here when they created these pumpkin spiced pepitas, or roasted pumpkin seeds that taste just like your favourite latte, but savoury. 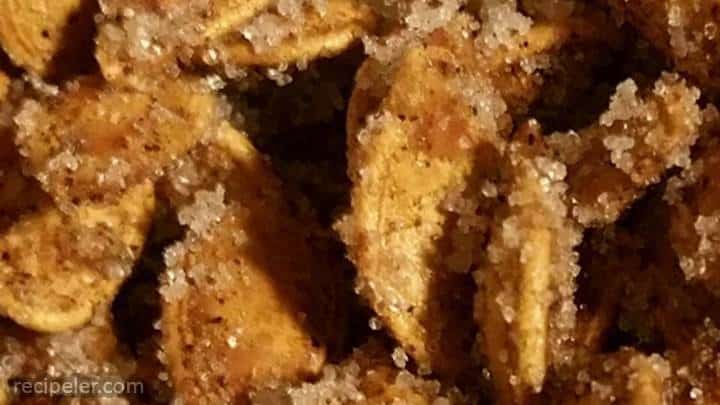 Now, we’ve talked a lot about cinnamon and sugar or sugar and salt recipes that give you a fantastic flavour experience, but what if you’re into the idea of all of those things except sugar? Then we have a feeling you’ll get along much better with this recipe from Recipeler that teaches you how to make roasted pumpkin seeds flavoured with cinnamon and salt. 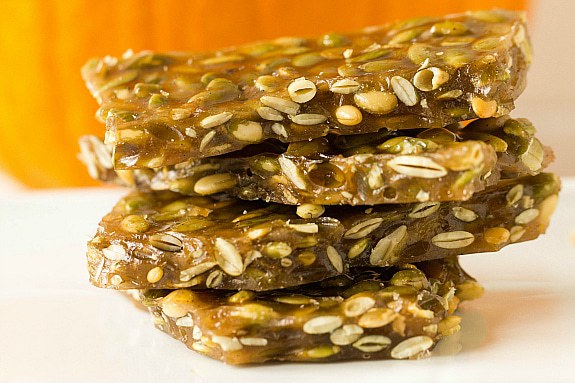 Just because you want to make something that involves your favourite pumpkin seeds doesn’t mean you have to make the standard loose roasted kind you’ve had so many times before! Just in case you’re looking for something a little more unique, here’s a fantastic sweet pumpkin seed brittle outlined step by step on Brown Eyed Baker! They show you how to make it from scratch and flavour it with vanilla bean and cardamom.

Do you actually have another favourite toasted and seasoned pumpkin seed recipe that you absolutely adore making and that your family loves eating but that you don’t see here on our list? Tell us all about how it’s made or link us to the recipe in the comments section so we can give it a try too!

How to Make a Multi Strand Seed Bead Necklace