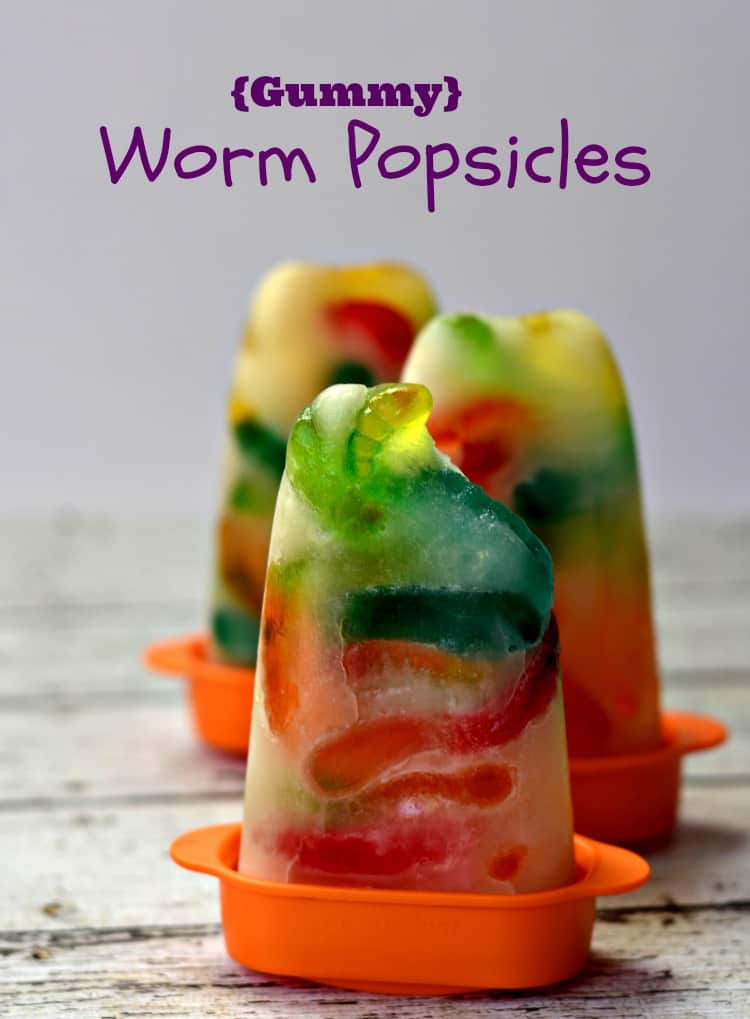 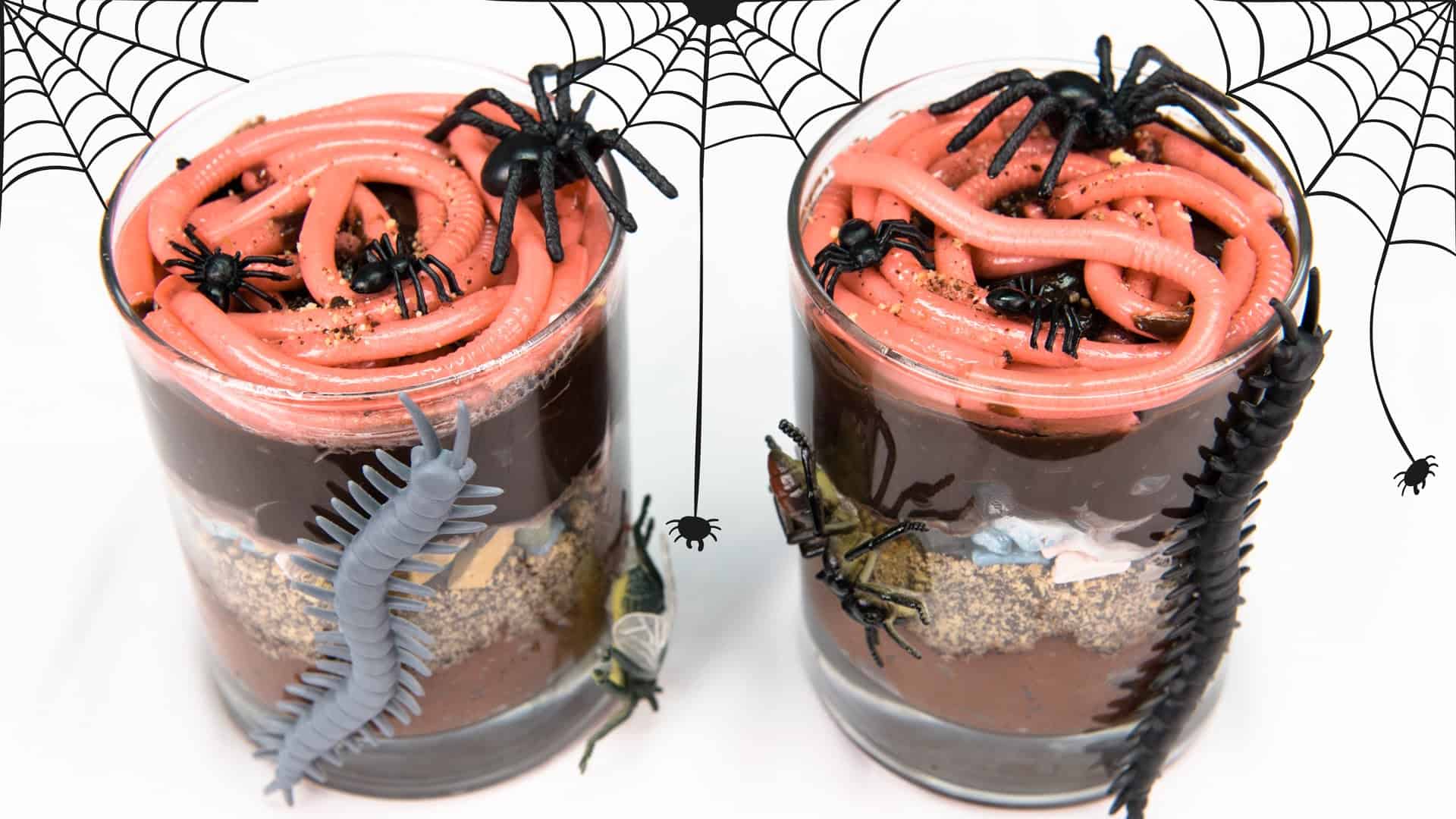 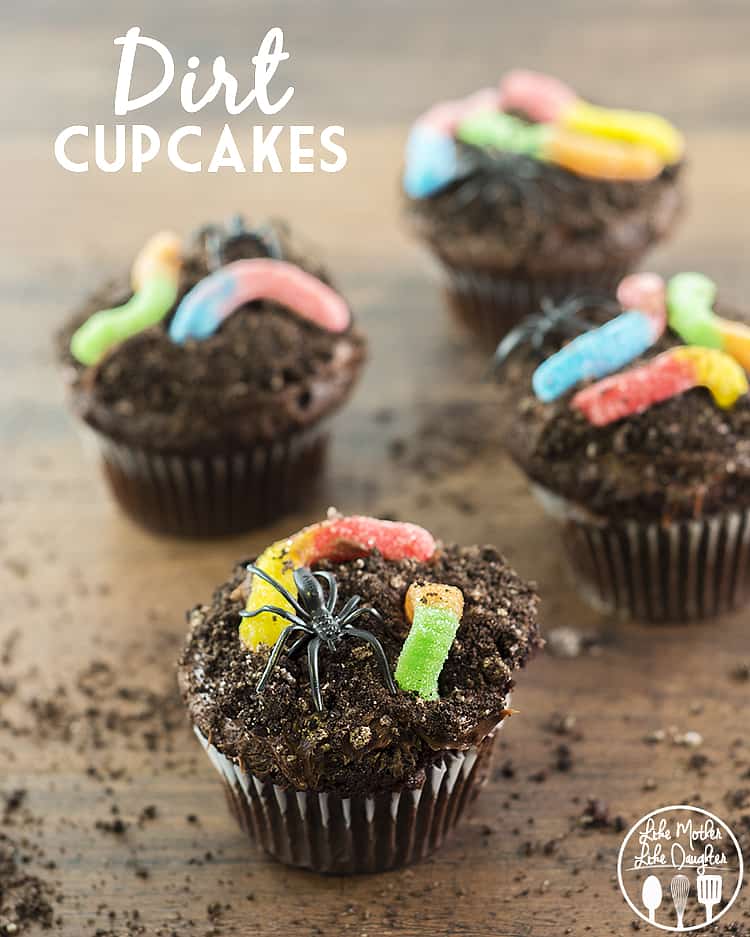 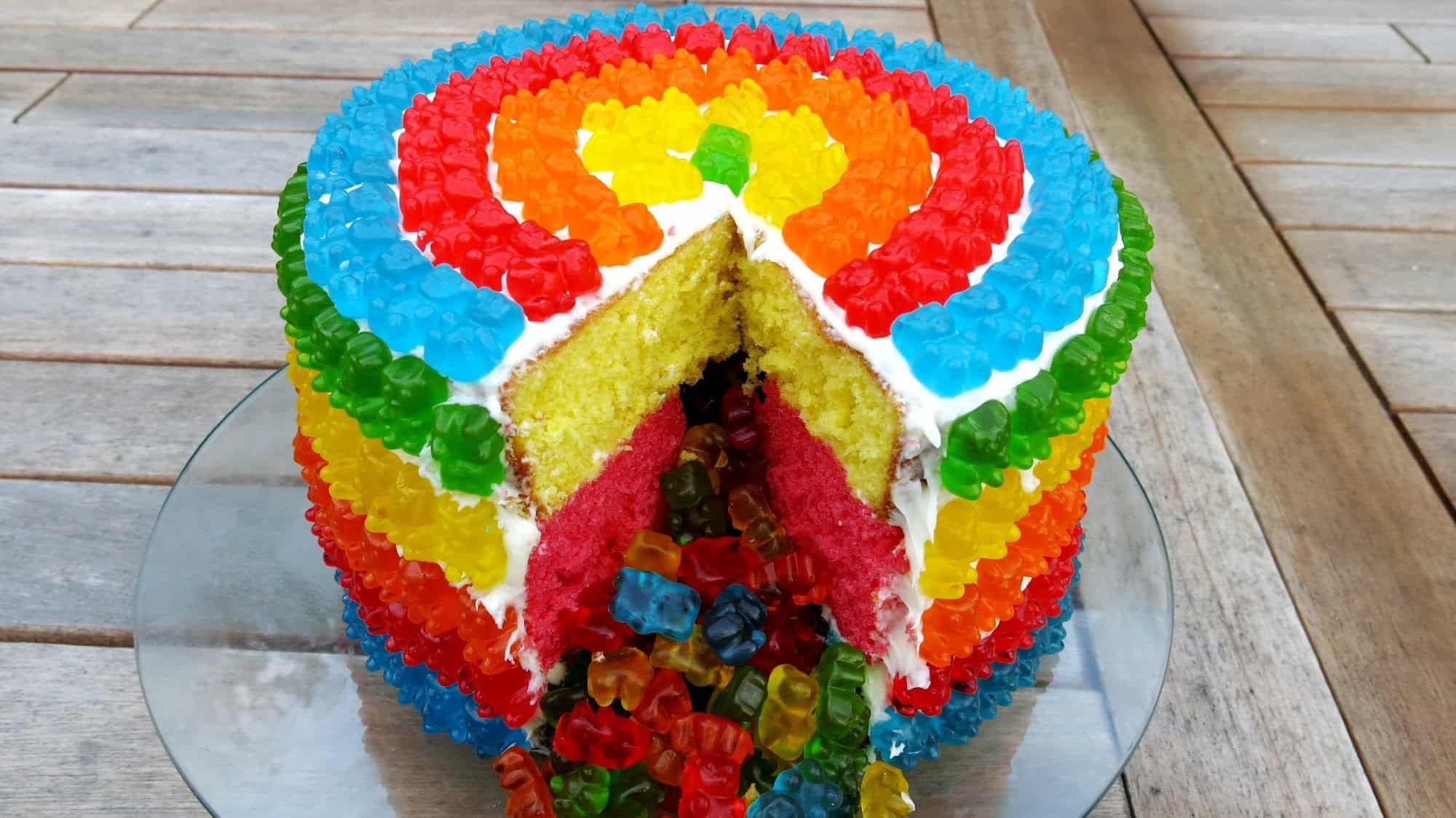 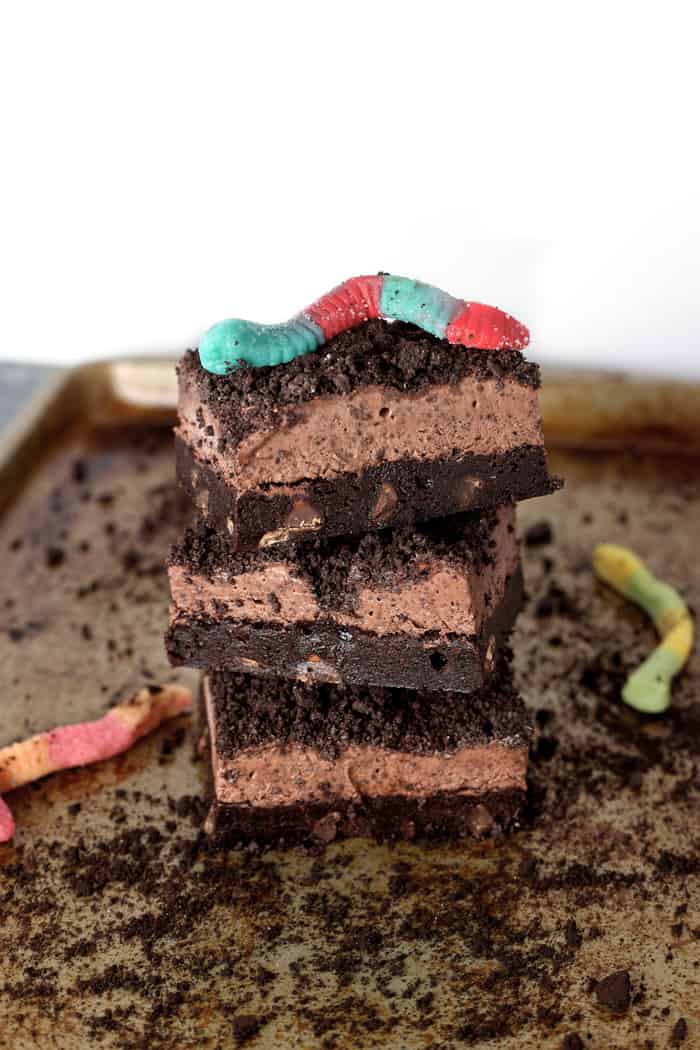 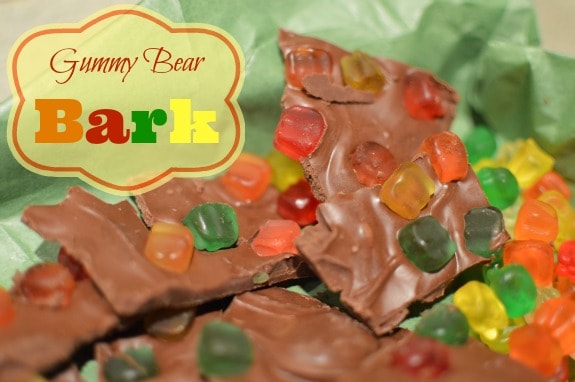 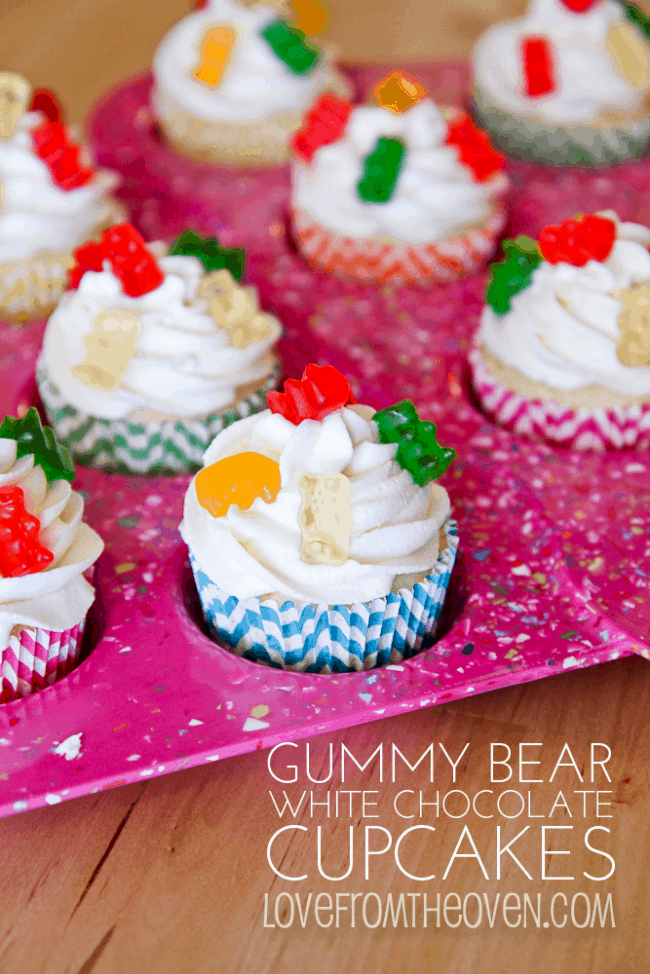 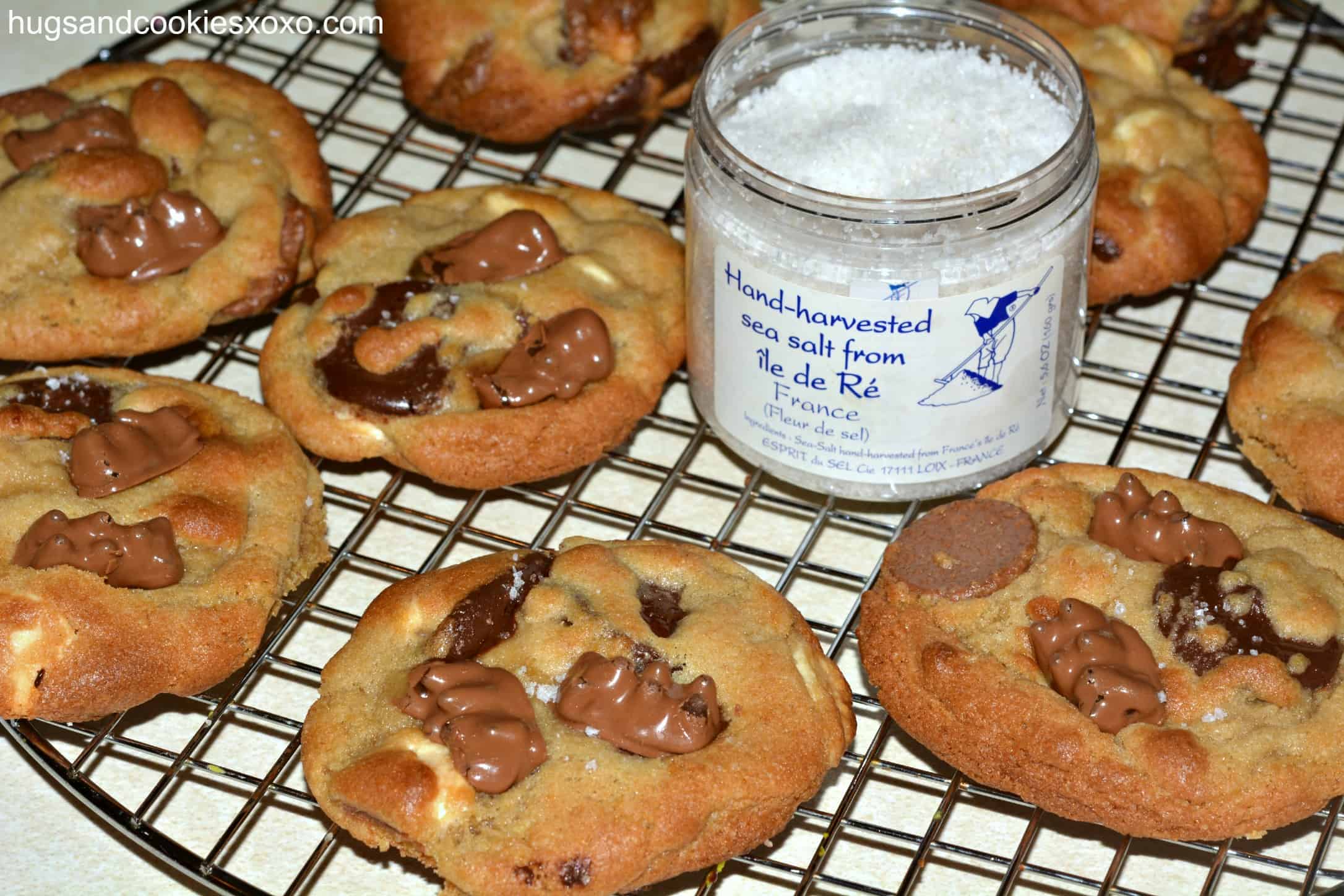 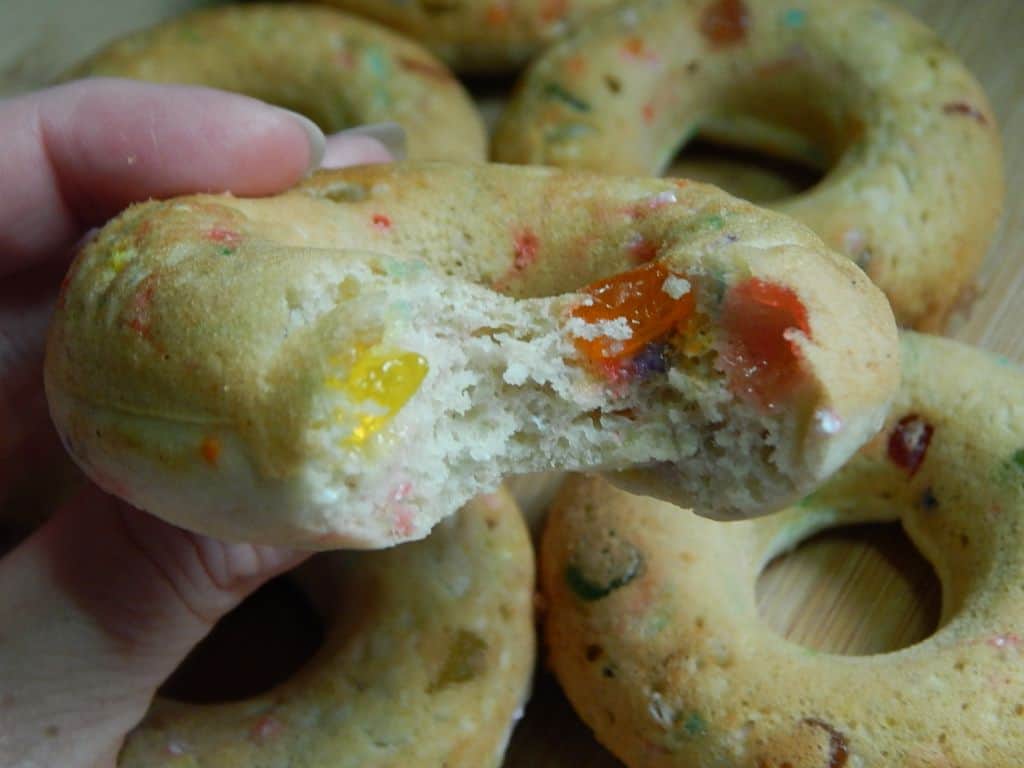 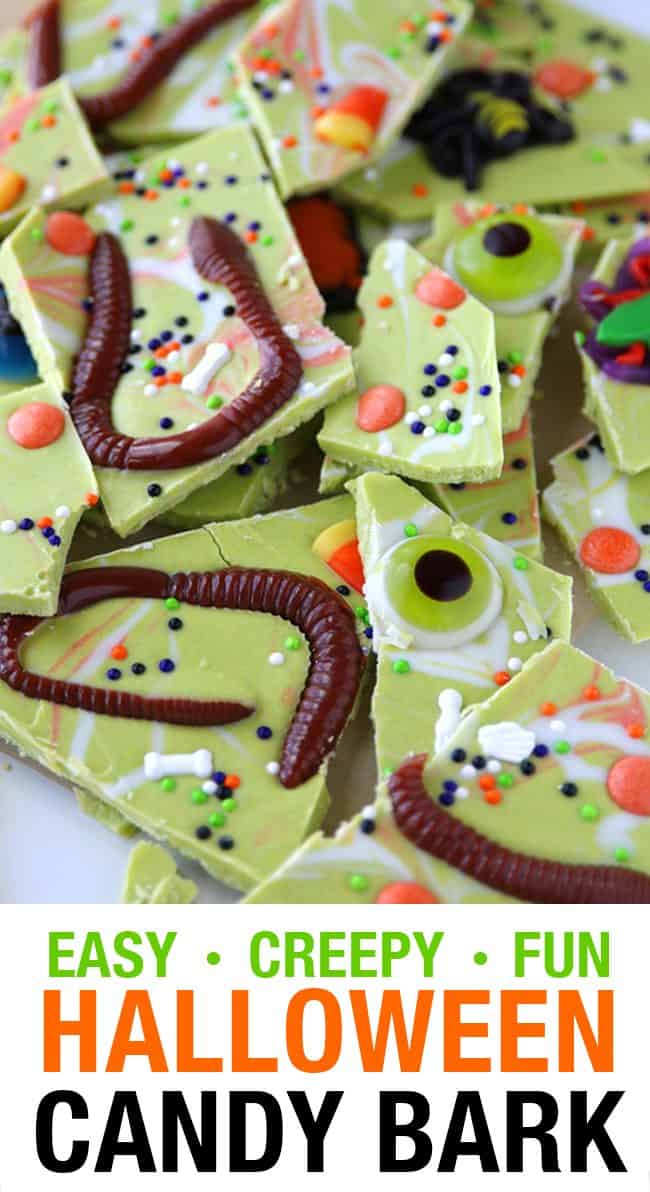 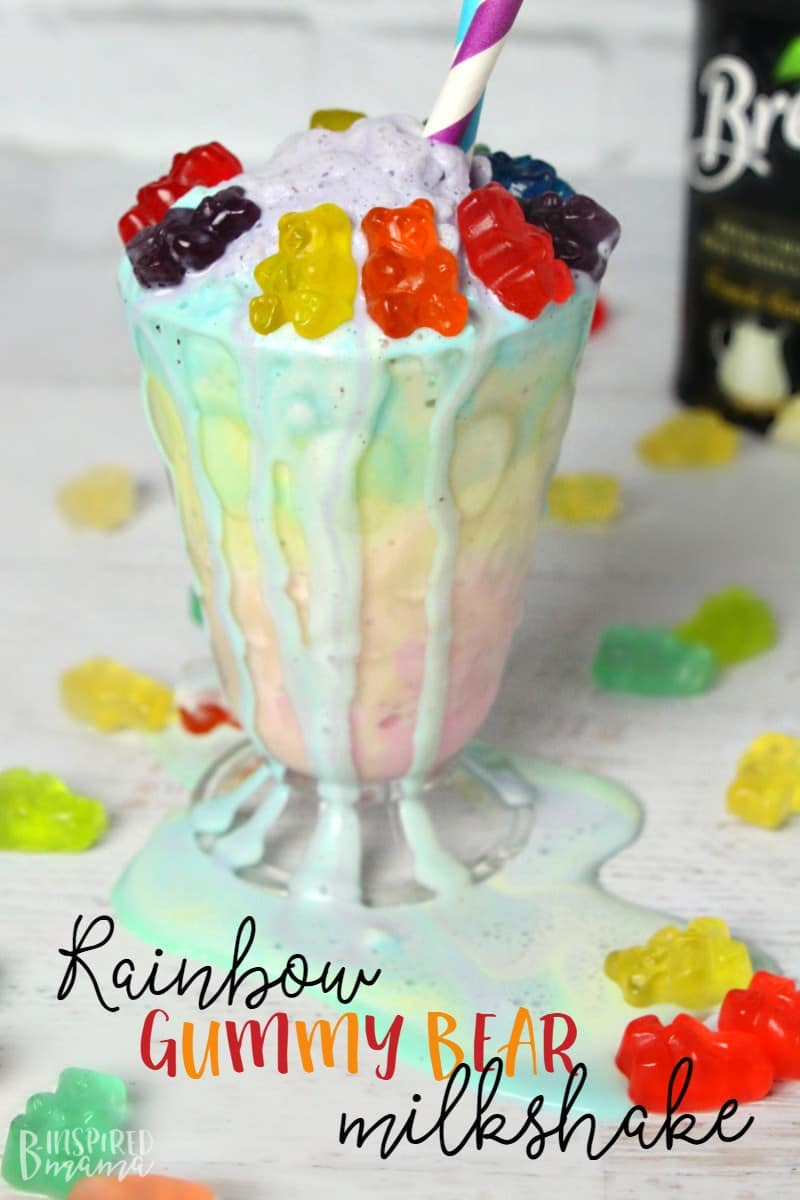 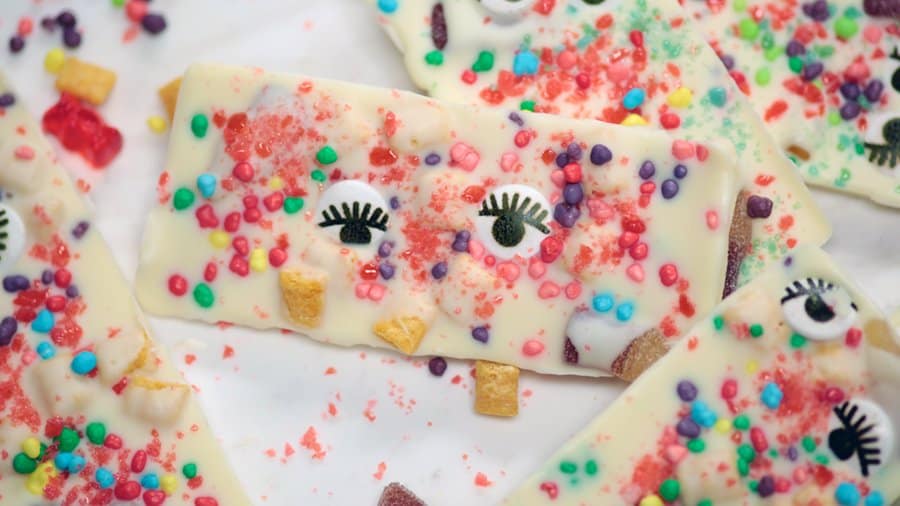 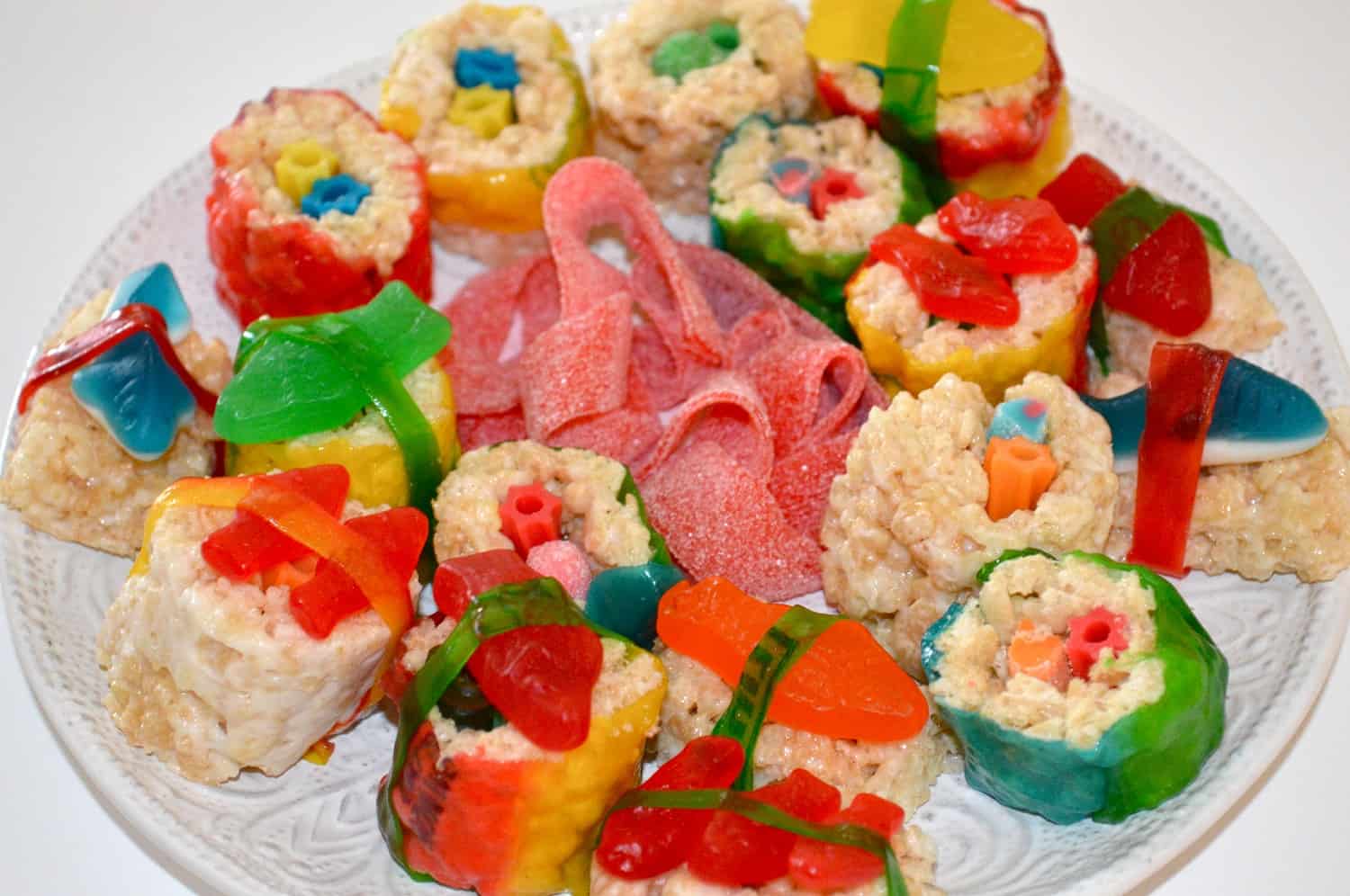 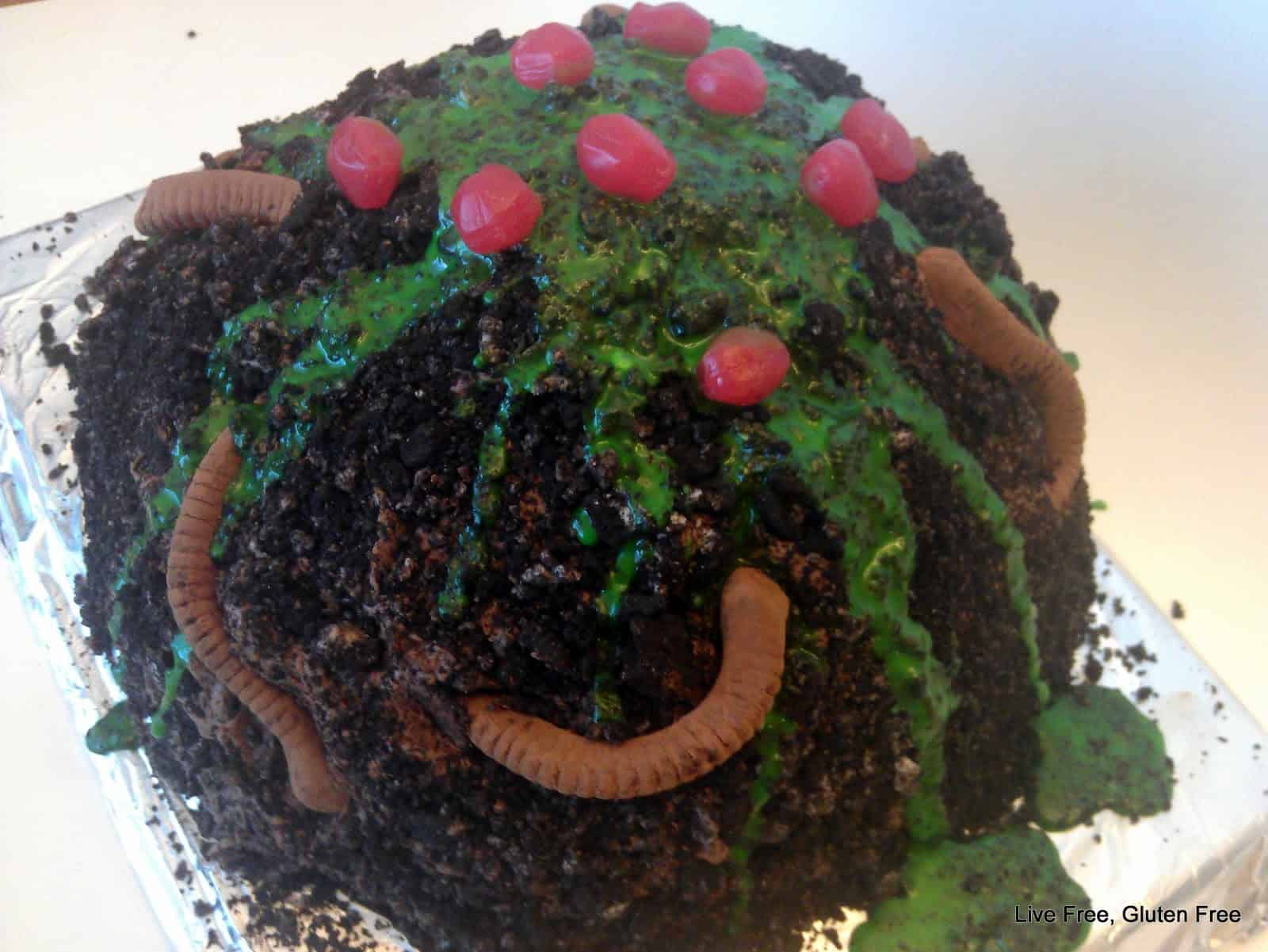 Have you ever noticed that a lot of recipes and flavours made specifically for kids are often pretty unique combinations that adults wouldn’t necessarily find appetizing? Sometimes we look at the flavours or kinds of desserts and treats that our kids want to order at restaurants or buy in stores and we definitely think it’s a fun idea, but we’re skeptical of how it’ll taste until we see how much they love it once they’ve gotten their hands on whatever it is. That’s how we felt when our kids came home from school saying they tried a cupcake that had gummy candies in it for a friend’s birthday and now they want to make all kinds of delicious gummy candy things!

Putting chewy candies into other foods might not be an idea we’d have jumped at ourselves but our kids were really excited about the whole idea, so you can bet that we started looking up new recipes regardless! The ideas we found were actually surprisingly awesome, even for us. We’ve tried quite a number of these now and our kids have love every single one, so we thought we’d share the list to get other people on the trend too!

Making your own popsicles has always been a classic summer activity, and it’s also always been easy. Even when we simply freeze some juice in a popsicle shape our kids adore eating them basically all year round. Imagine how excited they were, then, when we made them these little homemade popsicles that have an exciting twist! Growing up Gabel shows you how to put delicious fruity gummy worms into your popsicle mixture so there’s a candy snack in the middle of your cold, refreshing snack.

Here’s another classic that we actually remember eating when we were little kids! The dirt, of course, is really chocolate pudding and crushed cookies and the worms are gummy worms. The whole idea is especially grossly authentic if you can find the pink kind that really look like fishing worms rather than the rainbow sugared kind! This tutorial from Cookies, Cupcakes, and Cardio might have these styled all spooky like a Halloween treat specifically, but our kids are interested in cool slimy snack ideas all year round, so we still keep this one in the vault no matter what time of year it is.

Were you a pretty big fan of the whole “worms in dirt” idea above but you’re throwing a birthday party and you’d just rather serve the kids finger foods instead of something they have to eat using a spoon and a bowl? In that case, we’ve found a totally awesome alternative for you! The Dessert Chronicles shows you how to make a cupcake version of worms in dirt that’s absolutely delicious and full of rich flavour… and also pretty gross, in that uniquely good way, to look at.

Perhaps the thing your kids like best about eating gummy candies is how many bright, fun colours they come in! Our kids have been really into rainbows lately, so any project, food, or thing that involves lots of fun shades and hues is a big hit with them. That’s how we knew we just had to save this rainbow gummy bear cake idea when we saw it! We love the way Simple Cooking Channel teaches you to build an avalanche of candy in the middle so it cascades out like a sweet surprise when you cut into the cake.

Are you still thinking about the first and worms, even if that’s just because you’re the kind of chocolate lover who will eat essentially anything as long as it’s got sweet cocoa? Maybe you’re not the biggest fan of cupcakes because that spongey cake texture isn’t your think but you find that you can always got for a rich, chewy brownie. Then you’re in luck, because there’s still a great worms in dirt recipe for you! We made these funny “dirt” brownies with our kids and they were actually so good that we might have eaten more of them than the kids did. Get the full recipe on Perfectly Sprinkled!

Has your family been obsessed with the sweet and salty snack trend lately, loving the way you can get such a good flavour contrast in one place? Then we have a feeling these gummy filled popcorn balls might be just the kind of snack you’re looking for! Once again, they’re made to look like a Halloween snacks, but our kids will eat worms any time, any place, anywhere. Get the details for making the popcorn stay in a ball shape on Boulder Locavore.

Are your kids such sugar fiends that they’ll eat all different kinds of sugar in one place, no matter whether you happen to think things like chocolate and candy go together or not? Then we have a feeling they’ll be pretty into this chocolate and gummy bears bark idea! Even we think the texture difference in this one is a neat idea. Find out how to make a basic bark and add the candy extras on Little Dairy on The Prairie.

We’ve talked a lot about chocolate in this this so far, but what if you’re actually not the biggest fan of dark and milk chocolate because they’re so rich? Well fear not, white chocolate lovers, because there’s a funny gummy candy recipe out there for you too! These white chocolate cupcakes from Love From the Oven were a hit in our house because the lighter flavour really let you taste the fruity gummies well.

If you’re looking for a recipe that’s really novelty then this one from Hugs and Cookies, xoxo is precisely what you need! They’re not just chocolate chip cookie, they’re also salted for a bit of extra flavour. Beyond that, these ultimate cookies are filled with a little extra treat thrown in with the chocolate chips: chocolate dipped gummy bears! They’re double sweet and they take the meaning of having a nice, chewy cookie to a whole new level.

Okay, we’ll admit it- here’s a funny gummy recipe that we just couldn’t get past or make ourselves actually eat! Even so, we did suck it up and make these with our kids. The idea is just weird enough that they were, of course, totally into the idea basically the moment they heard about them. Drizzle Me Skinny teaches you how to make a regular donut batter and shape the donuts, but also how to add gummy candies for a chewy, colourful surprise with every bite. Because our little ones love the ultimate candy experience, however, we also iced our donuts.

Did you like the idea of making gummy filled bark but your kids are intent on putting as many silly shaped gummy candies as they can get their hands on into the mix? In that case, check out these Halloween bark from Living Locurto! They’ve used all kinds of spooky shaped candies meant for Halloween, but you can use this basic idea and adapt it to make any kind of eclectic chocolate and gummy candy bark you please.

Perhaps you’ve made quite a number of food based treats lately but now your kids are starting to get curious about creative drinks that involve candy too? The idea of putting chewy candies in a drink might sound weird at first, but we actually did make these super fun rainbow milkshakes and our kids adored finding gummy bears throughout their drink! Even we tried a little bit and it wasn’t unlike the having a bubble tea full of tapioca balls! See how it’s made on Inspired Mama.

Just in case your kids were kind of into the idea of eclectic gummy candy bark but they also had the idea to add all kinds of other candies, check out this tutorial from Popsugar! They decided that, if you’re going to combine candies in one delicious, colourful treat, there’s no point in stopping at just two. We know that our kids will agree with them the moment they see this post!

If there’s anything more fun than making rice crispy treats, then it’s combining those treats with delicious gummy candies in all kinds of flavours. If there’s anything even more fun than that, it’s creating a combination that has a theme and looks like something awesome! We adore the way The Candy Blog used Rice Krispy cereal, marshmallows, and Swedish fish combined with other gummy candies to make adorable little candy sushi rolls. This was one unconventional candy combination that we absolutely did partake in alongside our little ones!

We’re sure you’re not surprised by now to see one last worms in dirt style dessert on our list before we go! This mound of cake, crumbled cookies, and gummy treats is like the ultimate package when it comes to combination treats and things that mostly kids will find particularly enjoyable. We’ve already talked about pudding, brownies, and cupcakes, so we figured we’d throw in an entire cake idea just to make sure your options are well rounded. Find out how this cake was made on Live Free, Gluten Free!

Have you made other amazing treats and recipes using gummy candies before but you don’t see anything like what you made on our list? Share the recipe in the comments section or link us to pictures of how cool your finished product looked!