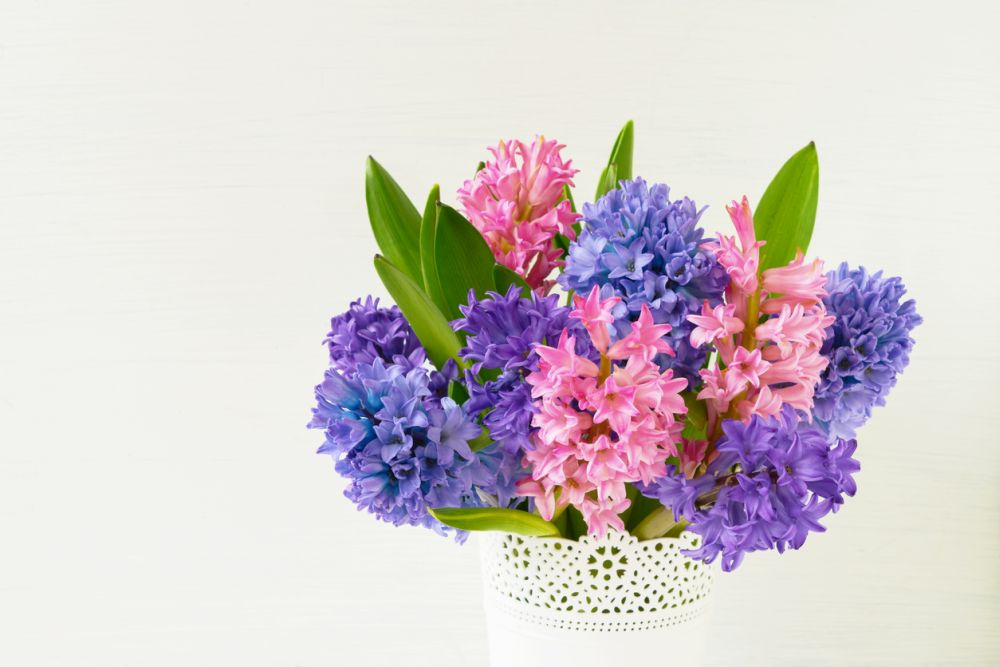 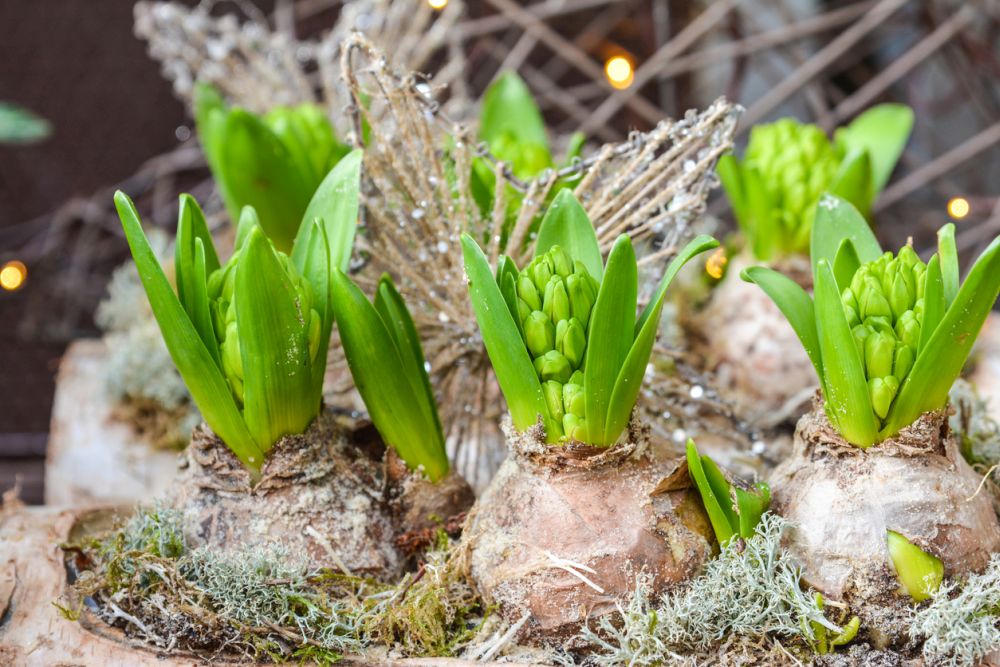 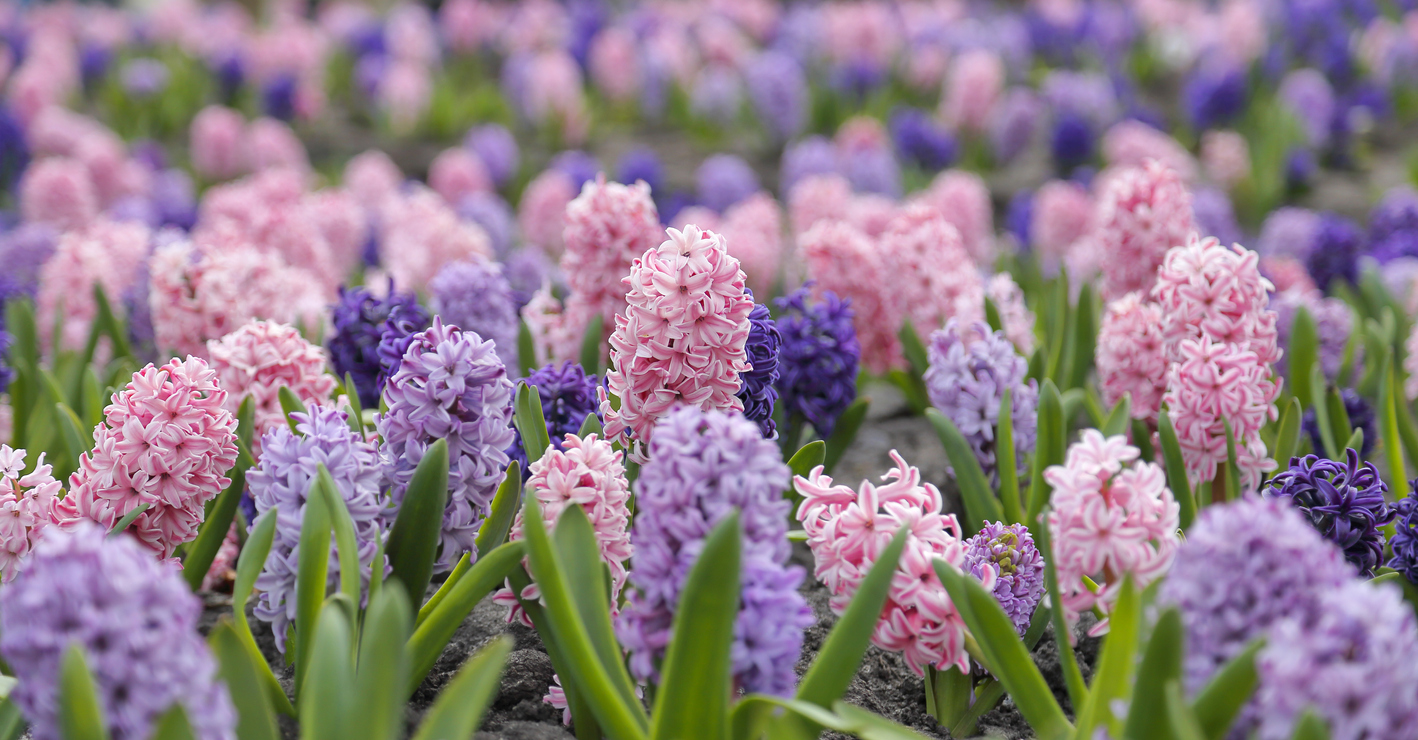 To say that hyacinth flowers in your garden are the soul of the party is an understatement. Between their lovely flowers and exquisite scents, hyacinth is the ultimate prize in your flower beds. If your garden feels disjointed and lacking in colors and fragrance, hyacinth flowers will remedy that situation with little trouble on your part.

And you don’t have to be an expert gardener who wins the top prize in the annual neighborhood coronation competition to grow hyacinth successfully. These flowers are easy to care for and reward your efforts with an abundance of beauty and scents. And did we mention that they attract pollinators and good insects to your garden? That despite the fact that hyacinth flowers have a somewhat irritating effect on the skin and should be approached with caution.

Read on to find out the top hyacinth varieties to select and how to grow and care for the delightful flowers.

Hyacinth flowers (Hyacinthus orientalis) are perennial plants native to the eastern parts of the Mediterranean. Although quite adaptive, the bulbs require low temperatures to grow. That made it easy for them to thrive in the Netherlands, where at the peak of their popularity during the 18th century, there were over 2000 cultivars of hyacinth growing in that country.

Modern cultivars are more tolerant to warm zones, and the hyacinth grows well in zones 3 to 9 without any problems. The mature plant is diminutive in size and reaches anything between 6 to 8 inches tall. As for coverage, it spreads about 5 inches across, making it easy to grow in small spaces and containers.

The flowers of the hyacinth are its claim to fame. The clusters come in a wide range of colors ranging from violet to lilac, red, yellow, cobalt blue, pink, apricot, and white. The clusters of flowers grow in single or double arrangements alongside a thick stalk that reaches about 8 inches tall. The fragrance of the flowers is strong enough to attract pollinators of all shapes and sizes to the garden.

Another flowering plant that also starts flowering in mid-spring is grape hyacinth (Muscari). Despite the name, the two plants are not related and have little else in common. Grape hyacinth has small flowers that only come in blue shades and have a much lighter fragrance than hyacinth blooms.

After their popularity diminished in the Netherlands in the early 19th century, many hyacinth cultivars simply went out of fashion and were lost. However, newer cultivars were later developed that increased the color range and temperature tolerance of the original species. Here are some of these popular hyacinth cultivars.

How to Grow Hyacinth

Before you consider planting hyacinth bulbs, you need to check the temperature in your zone in advance. Most hyacinth cultivars require at least 12 weeks of temperatures below 45 degrees. Otherwise, these perennials simply will not grow back in the spring. If you don’t have this kind of cold weather, you can use your fridge to start your hyacinth. Keep the bulb chilled in the fridge until it’s time to plant it. Here’s how to grow hyacinth in easy steps.

Patience is a virtue as far as planting hyacinth bulbs is concerned. However, caring for these beautiful plants couldn’t be easier. They don’t really require special arrangements regarding light, watering, or fertilizer. And thanks to their small and compact size, pruning these perennials will not be necessary.

As with many flowering perennials, hyacinth bulbs prefer loose and well-drained soil. No surprises there. Heavy and clayish soil gives the roots a hard time growing and expanding. Sandy soil, on the other hand, doesn’t hold moisture long enough for the roots of the hyacinth to absorb it. So check the texture of the soil and make sure it doesn’t make a clump when you close your fist over a soil sample. As for pH levels, aim for anything between 6.0 to 7.5, which is neutral or slightly acidic. Too much acidity in the soil impacts the color and fragrances of these aromatic flowers.

The light requirements of hyacinth flowers are no different from other plants in the same category. These perennials need anything between 6 to 8 hours of sunlight every day. Since their whole growth and flowering cycles are in the early to mid-spring, you can safely plant your hyacinth bulbs near trees. By the time the tree is fully covered with leaves, the flowers of the hyacinth would have faded long ago. Partial shade also doesn’t impact the flowering of the hyacinth.

Absent rainfall or other sources of moisture such as morning dew, you should give your hyacinth bulbs about two inches of water every week. This is the average irrigation level that most flowering perennials require. So you won’t have to change your plants’ watering schedule. If you get rainfall at any time throughout the year, that should offset the 2 inches of water you provide the hyacinth. Don’t overwater the bulbs since they would rot in waterlogged soil. Let the soil go dry between irrigations.

When preparing the soil for the first time, you usually mix in about 4 inches of aged manure or compost. That should be enough to keep the hyacinth plants going until the first leaves emerge in the spring. To encourage good growth and blooms, apply a custom 5-10-5 fertilizer in the early spring. You can also use a slow-release organic fertilizer such as bone meal or cottonseed meal. That will keep the plants fed throughout the spring and until the flowers fade. Don’t remove the leaves after the last flower has dropped. Keep them on the plant until they turn brown.

Since the hyacinth bulbs are the only perennial part of the plant, then you need to protect that part of the plant against its natural enemies. These enemies could be borers. They attack the bulb and feed off the sap. A damaged bulb will not grow back in the spring. So you need to check the bulb while the soil is warm in the spring. If you fear for their safety, dig them out and keep them in the fridge, then replant them in the fall when the temperature drops.

Rodents of all types feed on the bulbs. You should especially watch out for gophers, groundhogs, and moles. They have easy access to the bulbs through the tunnels they dig in your garden. You can throw gravel in the hole before planting the bulb to protect it against the teeth of these munching mammals.

With all of its beauty, hyacinth is not safe to be around without taking proper precautions. Neither humans nor pets are immune to oxalic acid in the bulbs. Some people report skin irritation when handling the bulbs of the hyacinth. So always wear protective gloves when planting or repotting the bulbs. Symptoms of hyacinth toxicity vary and range from rash and skin irritation to vomiting in severe cases. You should also take steps to prevent your pets from eating the bulbs. Animals who ingest oxalic acid would start to cough, drool, have difficulty breathing, and vomit. You should seek immediate medical help in cases of hyacinth poisoning, either for humans or pets.

Amaryllis Flower Care: How To Grow And Care For Amaryllis Lilies