Before diatomaceous earth was discovered as an effective and relatively safe pesticide, pests have been having a field day in our gardens. These little bugs have always been a thorn in every gardener’s side since time immemorial. The damage that pests cause to crops is estimated to be billions of dollars in the USA alone. So when a fellow gardener or an expert recommends a “new” pesticide such as diatomaceous earth to manage the pests in your garden, you’d be quick to accept.

Not so fast. As with every other pesticide including organic ones, there’s always a downside related to the environment. So before you start applying diatomaceous earth in the garden and inside the house, you need to know how it works and whether it is toxic to pets and children. Read on to find all about diatomaceous earth, what makes it a better pesticide, and how to safely apply it in the garden. 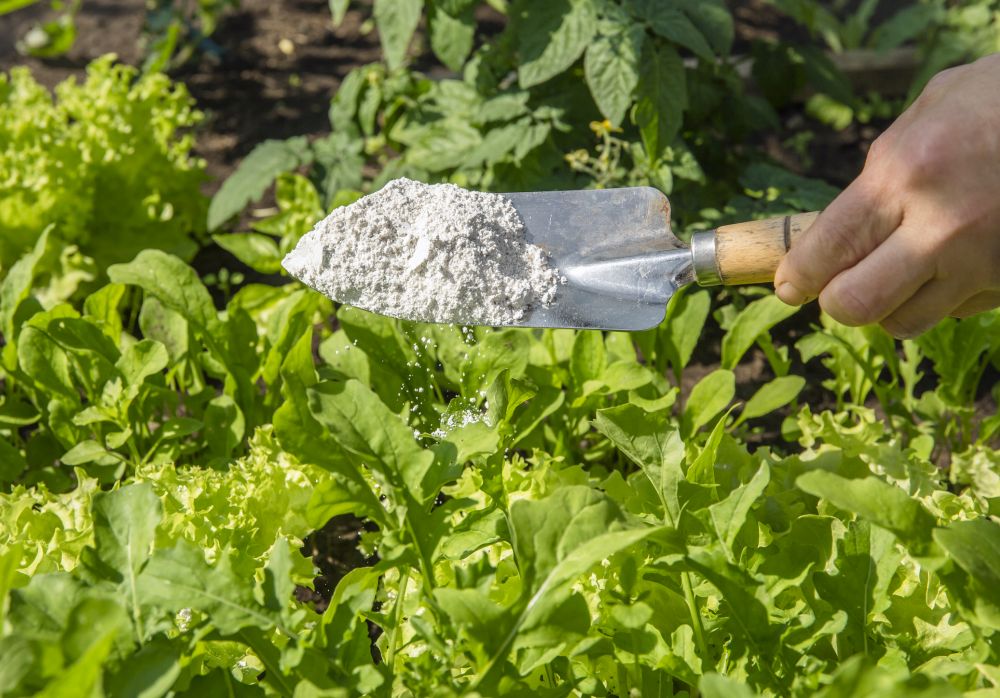 All about Diatomaceous Earth

Diatomaceous earth (DE) is not a new discovery. It has been around for many decades. When it was first discovered, it immediately became an essential ingredient in the making of dynamite. But what exactly is diatomaceous earth?

The chalk-like material comes from the remains of single-celled organisms called diatoms. Similar to algae, these prehistoric diatoms lived in large colonies. When they died, their residue formed a dense layer that looks like white rocks but with a rather fragile texture.

Thanks to its abrasive nature, diatomaceous earth was adopted by many industries. It’s an active component of the toothpaste you use and it also acts as an anti-caking element in grain-storage facilities. But it was only recently discovered that it had a lethal effect on pests and bugs both at homes and in the gardens.

For a natural product that comes from the depths of the earth, diatomaceous earth has a lot of benefits and uses. We already mentioned that it goes into the making of dynamite, toothpaste, and grain storage. But what kind of pests does it really exterminate? Here are some of the garden-variety pests that you can effectively control with diatomaceous earth.

How Does Diatomaceous Earth Work? 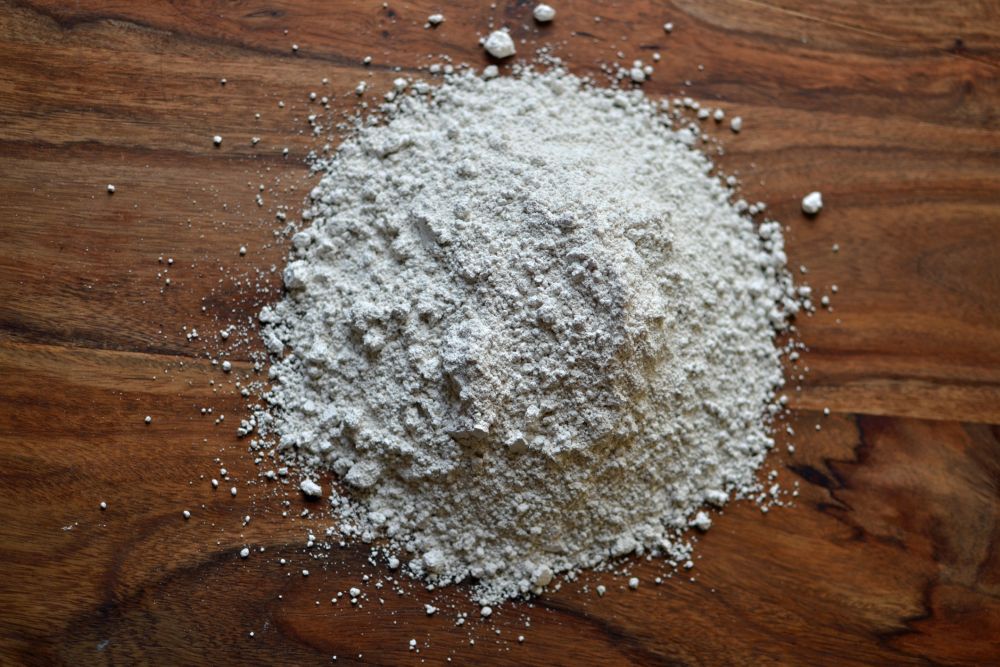 So if diatomaceous earth is totally chemically-free, how exactly does it work against pests? What makes it so lethal and its potency is long-lasting as long as water or moisture is not involved? The answer to these questions has to do with the nature of the diatomaceous earth.

Unlike chemicals pesticides that use elements toxic to pests to kill them, diatomaceous earth uses a mechanical method.

The tiny grains of diatomaceous earth although have a smooth surface to the naked eye, actually have barbs. The barbs are almost microscopic but cover the whole surface of each grain. When insects walk or crawl over the powder-like diatomaceous earth, the barbed grains stick to the body of the insects.

Each barb inflicts a deep wound in the insect’s shell. Insects large and small are no match to so many wounds and as fluids ooze out of its body, the insect usually dies shortly after. So as long as the powder is dry, the barbs on each cylinder grain remain intact and ready to impale an insect. Water on the other hand turns the chalky powder into a paste which blunts the tiny barbs and makes the substance ineffective as a pesticide.

You can expect results within the first 3 to 5 days of applying the powder. Even beetles with their hard shells are no match to the barbed cylinders of diatomaceous earth. Usually, it takes about a week for the beetle to succumb to its fatal wounds. But it’s usually a week full of agony and most importantly, it’s a week when the beetle is too busy dying to disturb your rose bushes or veggie gardens.

How to Apply Diatomaceous Earth in the Garden

On top of that, DE is easy to apply. Since it comes in powder form, then the only way to apply it is to dust the plants with it. However, there are a few caveats. So let’s go through them.

We still haven’t addressed some other pertinent questions regarding the safety of pets and children around DE. The following questions cover that as well as other issues about the usage of this pesticide.

What kind of exposure might I get with DE?

Generally speaking, the only way you might get exposed to diatomaceous earth is if you inhale the substance while applying it. That risk becomes even higher if you happen to dust your plants with it on a windy day. The grains with their glass-like shards will irritate the lungs. Long exposure could lead to serious health implications.

What if my pet dog or cat ingests the powder? And how about children?

If DE makes its way to a child’s digestive system, the body will only absorb trace amounts of it. The rest will safely leave the body through the natural process of elimination. Those little amounts the body absorbs pose no health risk on the person or animal that ingested the powder.

Will using diatomaceous earth contaminate the soil in my garden?

The main component of DE is silicon. This is the most common element in the soil. Silicon is also the main ingredient of sand. So after diatomaceous earth powder gets washed away into the soil, this will have little impact on the pH levels of the soil. It will not change the texture of the soil either. You’ll need to dump bushels of the powder into your garden to make any noticeable impact.

How much of a risk is diatomaceous earth on birds and fish?

The effect of DE on birds is considerably less than the damage that a sandy storm will have on them. As for fish, as soon as the grains of powder fall into the pond or lake, they will add to the piles of sand already there. In other words, the fish will not feel any difference one way or the other.

How to Create Garden Gnomes With Concrete