of 1
Root aphids how to eliminate them
Eliminate Root Aphids: How to Get Rid of Root Aphids Fast
Buy Now 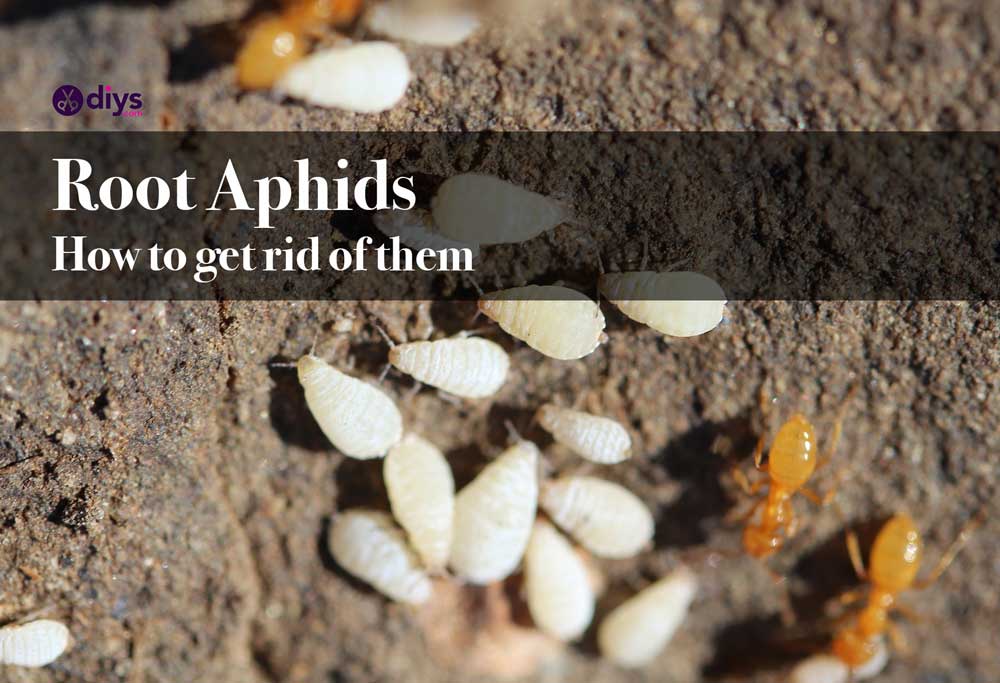 Do your plants seem to have stunted growth? That could be a symptom of aphid infestation. Root aphids are soil-borne pests that pose a major threat to succulents and root plants. In this guide, you’ll learn the best practices on how to identify and control root aphids.

What Are Root Aphids?

Aphids, also known as Green Flies, oft-times attack the roots and ultimately suppress the potential yield of plants in your kitchen garden or greenhouse. These bugs suck the nutrients and juice from succulent plants.

Another breed of aphids leeches off of perennial plants growing on pots, rice crops, and a few types of trees. The Aphid life cycle is usually between 1 week to 40 days. Sadly, the reproduction process happens quite fast, so all the plants in your garden could be infested straight off.

These pests mutate alongside various weather seasons during their lifecycle. They also adapt to the growing season and reproduce asexually.

Most aphids, however, produce offsprings using an asexual reproduction cycle referred to as parthenogenesis  —except for soybean aphids since they aren’t completely female, so they occasionally reproduce sexually.

Aphid eggs, overwinter, feed on the stems and leaves of plants, according to a research done by the Department of Entomology at Kansas State University.

Some of the plants prone to an infestation that could probably go beyond the roots include:

This Phelloxrra family of insects is also a pain in the neck to greenhouse cannabis growers.

Root aphids primarily hide deep beneath the soil. Consequently, they tend to stick around much longer than the cotton or green peach aphids.

These bugs live in colonies, are hard to spot, and seem to thrive in home gardens, especially during spring or summer.

In many instances, aphids attack the roots of succulents in greenhouses, but the damage will be faintly seen on the bottom part of the leaves —which makes it hard to detect on the instant.

Depending on the species, aphids can appear black, white, yellow, green, or even brown.

Even worse, they’re somewhat microscopic, making it hard to visibly weed them out.

Since root aphids are white, you’re prone to mistake them for mealybugs, which cause, more or less, similar damage to indoor plants.

To have an enhanced distinction while treating your plants for root aphid, here’s some brief context on how other species look like:

How To Know If Your Plants Are Infested With Root Aphids

As we know it, there’s a wide range of aphid species to deal with.

Others mutate on specific kinds of greenhouse plants. But that’s beside the point — aphids still have an adverse effect on your plants.

Using a few visible results, it’s relatively easy to know if your plants are infested.

Some root aphids attack in colonies, while others survive in isolation on plants growing under specific conditions.

Aphids that operate in colonies leave white tissue residues after attacking the roots. This level of damage is similar to that caused by soil mites.

Over time, both nymph and adult aphids will escalate to attack the stem, leaves, flowers, buds, and fruits.

You need to routinely look out for any visible damage to these parts as well.

There’s a strapping kind of species that climbs on plants to attack the parts with more sap and essential nutrients. In most cases, however, they gather around the roots.

Aphids are carriers of diseases that they catch from other plants. Your plants can be transmitted with viruses that could be hard to treat.

Plants whose roots’ cells are extremely infested with aphids are highly likely to shrink or die.

It’s much easier to read the signs since aphids are too microscopic to be visible. You need to look out for these conditions:

How To Eliminate Root Aphids

There are a few preventive measures to help get rid of root aphids in your garden.

It’s essential to first try out the natural remedies.

If the damage is exacerbated, it’s best to uproot the whole plant —which, by far, stands as the most efficient method to entirely get rid of root aphids.

You also want to take care of the ecological footprint in your garden.

So it’s highly recommended to use natural options to distinguish between highly destructive and beneficial insects.

Ladybirds, for instance, help with pollination and pest control, so you don’t want to get rid of the useful predator insects.

Tenable stats from the Entomology Department at the University of Kentucky show that a single ladybird will eat about 50 aphids each day or 5000 during its lifetime.

But don’t get this wrong— you could be in for a huge disappointment. The ladybugs will only stick around and be of significant use if there’s a sizeable number of aphids to feed on.

Other beneficial insects that prey on aphids include:

While some of these insects are available commercially, others will naturally find your garden habitable.

One of the most overlooked remedies is disinfecting your garden tools after use. This will go the long way to suppress the aphid virus transmission on other plants.

Another determining factor to look at is the growing medium which helps support the plant, allows airflow, and optimal root growth.

This will help make the soil drenching process effective and fuel the healing process.

Do pesticides help get rid of root aphids?

Pesticides aren’t the best solution for the control of aphids damage. After all, root aphids reproduce very quickly, so using insecticides might be useful but doesn’t stack up as a rigid remedy in the long run.

They contain chemical elements that have a harmful effect on the environment. Such chemicals have toxins that would potentially be hostile to the beneficial insects in your garden.

Some insects will have a wax layer that covers their exoskeleton, making the components of the insecticide impossible to pass through.

Insecticidal soaps don’t penetrate beneath the soil and can’t make direct contact with the root aphids.

You can use a synthetic insecticide to treat hydroponic plants such as lettuce, strawberries, or herbs if they have a minor infestation.

It’s important to look at the ingredients used to make an insecticide, especially taking note of the adverse effects which some may have on the environment.

Most of the organochlorine pesticides are synthetic organic chemicals but are highly toxic.

A study done by the Michigan State University Entomologist David Smitley, suggests that it’s safe to use imidacloprid or dinotefuran for soil drenching.

Following this report, we would recommend using AzaMax for starving the growth of root aphids.

This solution has similar botanical elements to those recommended in the report above, which aim to control the reproduction of root aphids other related insects such as the fungal gnats or mealybugs during their larval stages.

Neem oil is also an alternative remedy that’s suitable for indoor plants. You can spray this oil on your plants to fight aphids that crawl up to damage the stem. It’s also safe for pets and human skin.

Without the right preventive pointers, getting rid of root aphids in your garden could be an overwhelming process.

Most of all, it’s important to inspect both your indoor and outdoor plants regularly.

Also, using chemicals to treat your plants from aphid infestation should be the least of your options.

Can You Freeze Lettuce? Here’s How You Can Do This