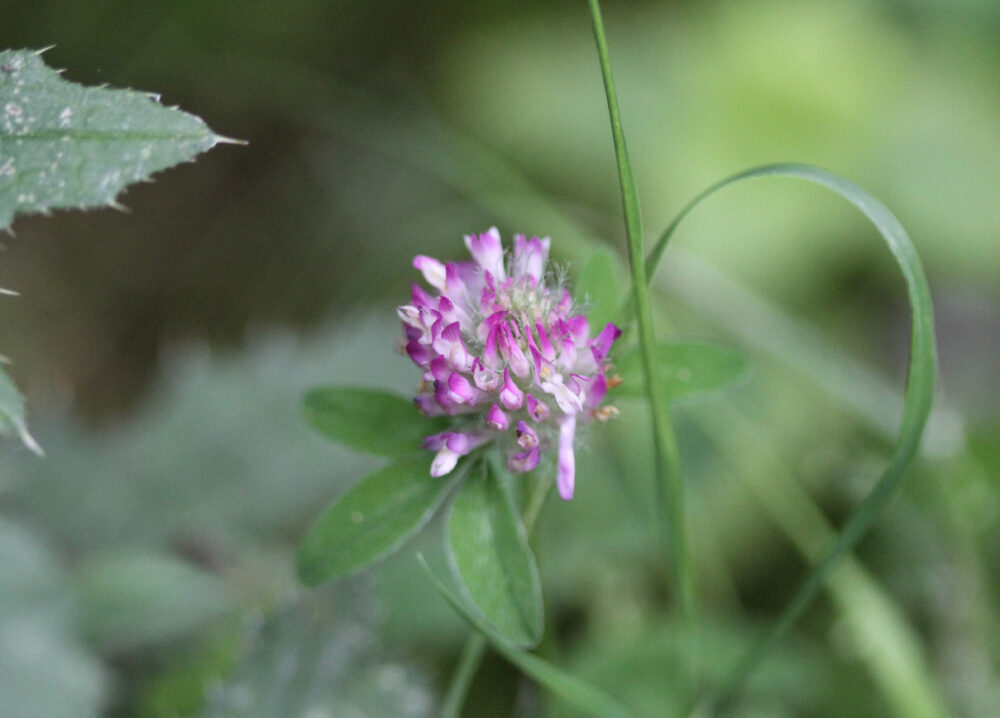 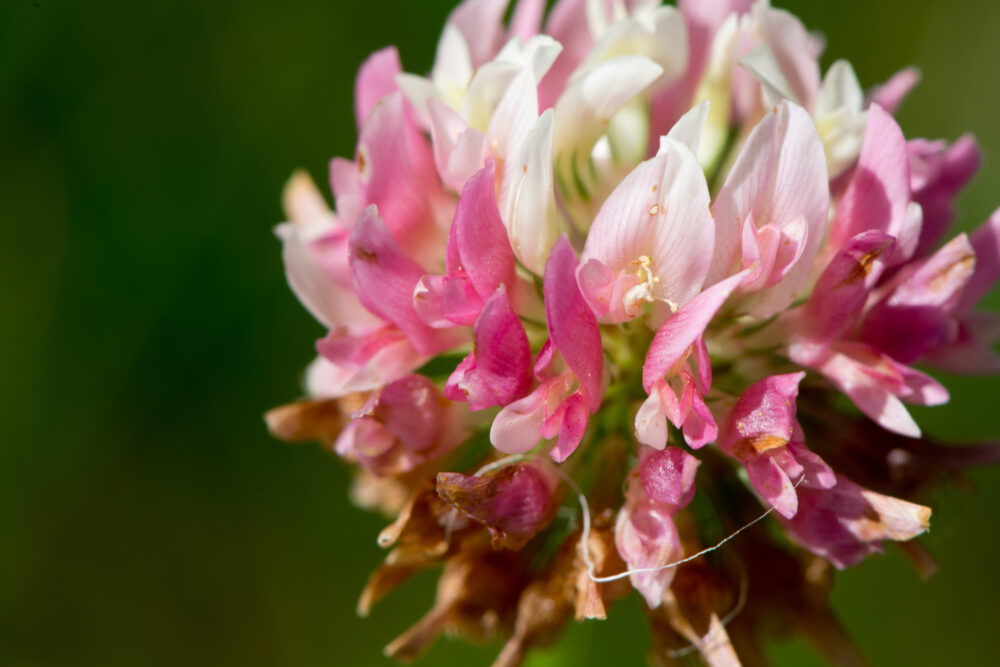 Adaptable and hardy, alsike clover plants, are easy to spot near water streams, alongside roads, and in open meadows. But the fact that they’re so commonplace doesn’t make them less garden-worthy. The alsike clover, if nothing else, has stunning flowers that stay in bloom from mid-spring all the way to the fall. And with such bright green foliage, it deserves a place in your floral arrangements. 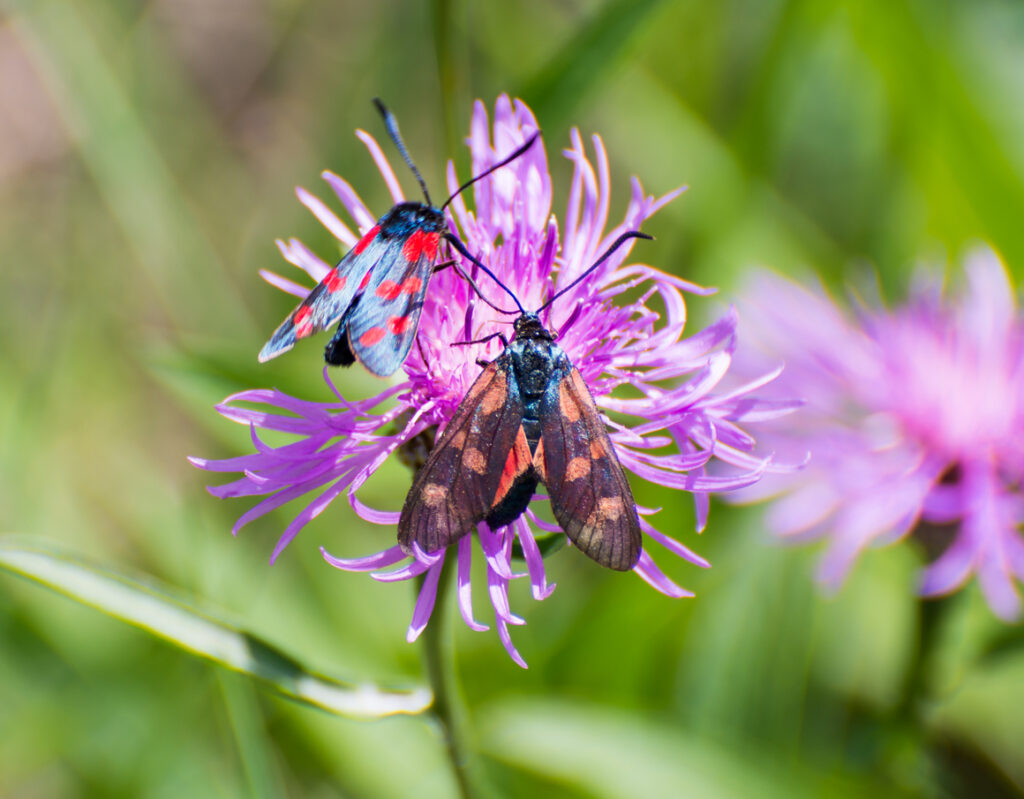 Besides, these perennial plants can grow just about anywhere and have a high tolerance to cold weather and different soil types. That in itself gives you an idea of how easy it is to grow the alsike clover in your garden. However, if you have pets, you should keep the alsike clover out of their reach. Under certain conditions, it can be very toxic, as we’ll explain later.

Alsike Clover at a Glance

The alsike clover (Trifolium hybridum) is a native of Eurasia. It has been grown in Alsike, Sweden, since 1750 where it got its name. It is best suited for USDA hardiness zones 3 through 8. It has a high tolerance for cold weather, although it requires full sun for those lovely flowers to bloom.

As a perennial plant, it has a semi-erect posture, and its deeply grooved stalks reach anything between 2 to 4 feet high. This compact size means you can grow it in any corner of your garden that gets plenty of sunlight.

The bright green leaves of this clover grow in groups of threes and reach about 3 inches long. Although the stalks are usually covered with hair, the leaves are usually round and smooth.

In April, the green foliage takes a back seat as the flowers steal the show. They vary in color between white and pink. In April, the small flowers start as white. But by mid-summer, they turn dark pink. The flowers usually grow on top of a 2-inch stalk. The tiny flowers are less than an inch each and grow in clusters. As we mentioned, the alsike clover has one of the longest bloom seasons among flowering perennials. It starts flowering in mid-April and continues in bloom until mid-September. 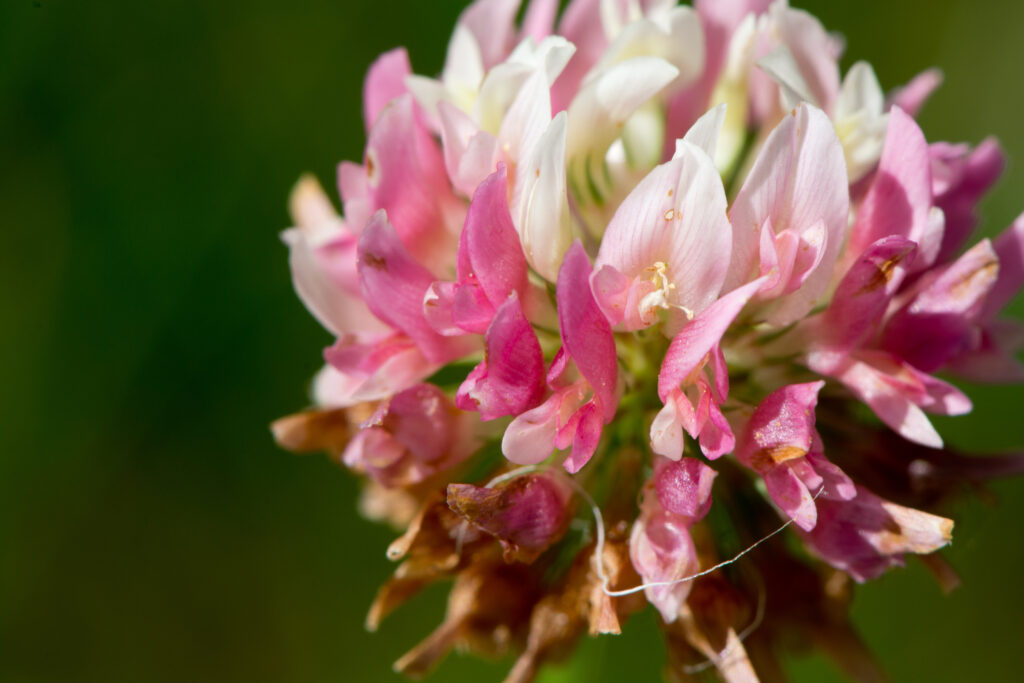 These days you can find the alsike clover plants growing all over the world. As stated before, they’re very adaptable and can tolerate different types of soil, salinity, and weather conditions. As ubiquitous as they are, these plants have mainly three uses.

In the wild, there have always been one alsike clover species. But since it was adopted by farmers and agriculturalists as a favorite pasture vegetation, many cultivars were developed. The main reason was to increase the regrowth rate and improve the yield. However, some cultivars have denser foliage and brighter blooms than others. Here are some cultivars you can grow in your garden.

Many cultivars were also developed in the Scandinavian countries over the last few decades. However, you won’t be able to get those seeds in the USA.

How to Grow Alsike Clover

To grow the alsike clover in your garden, it’s best to start it from seeds. Not only do the seeds have a remarkably high germination rate, but they also grow fast at a fast rate. Even if you’re only going to plant a few clovers, seeds are the right way to start these perennial flowering plants. Here’s how to go about it in easy steps. 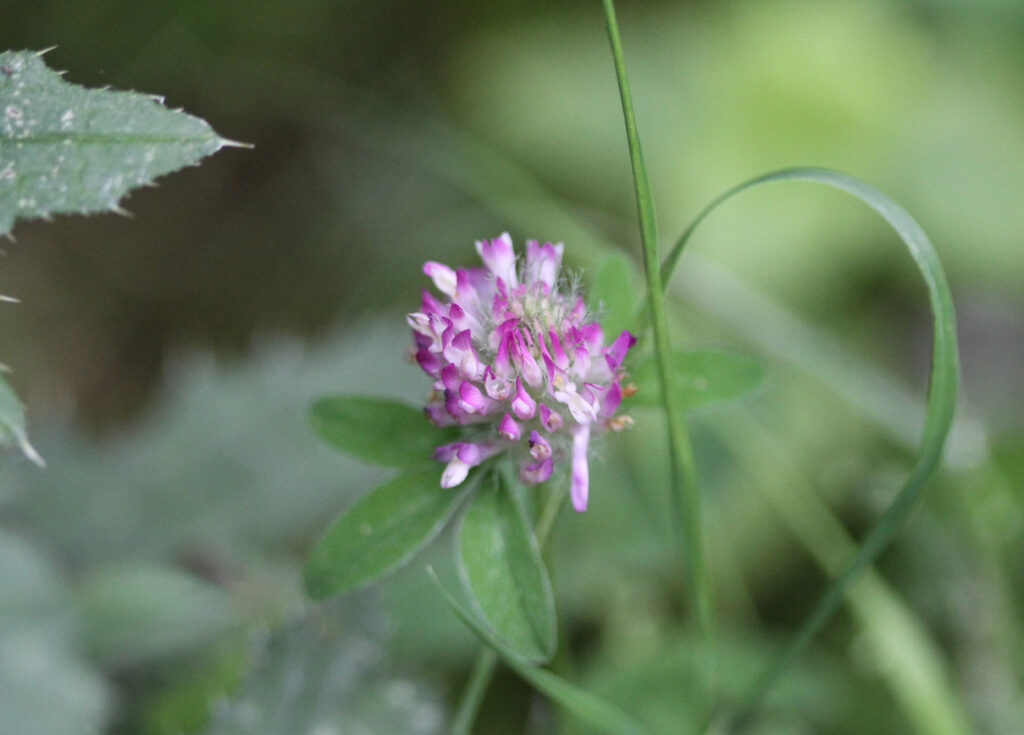 With its high tolerance to various levels of acidity and alkalinity, alsike clover is easy to grow. In fact, it’s so adaptable that the few plants you grow could get out of hand if you let them produce and spread their seeds. So pruning and deadheading this perennial will become part of your maintenance work.

To get a healthy growing plant that blooms year after year, you need to grow it in loamy or sandy soil. Although some cultivars have a tolerance for waterlogged and clay soil, it’s not recommended that you provide these less-than-ideal conditions to your plants. To check the texture of the soil, fill your palm with the soil and clamp your hand shut. If the soil turns into a clump, it’s too heavy, and you need to mix it with perlite or coarse sand. Experts recommend using organic materials to improve the germination rate and speed of the seeds. You can mix the soil with an organic fertilizer such as mushroom compost or rabbit manure compost.

Alsike clover needs full sun to grow and thrive. This might not be easy if you live in a cold zone where the days get really short in the winter. So pick a spot in your garden facing the south or the west. That’s where the plants will get the longest exposure to sunlight. As long as this perennial gets about 6 hours of sunlight every day, it will keep blooming year after year. Don’t plant it in partial shade since that would impact its growth and make the plants become leggy by the second year.

After sowing the seeds of the alsike clover, you’ll need to water the soil frequently but lightly. Once the seeds germinate, and the clovers grow a couple of inches above the ground, you can cut down watering. On average, the plants need between 1 to 2 inches of water a week in the summer. Once the temperature drops in the fall and winter, cut back the water amount and irrigation frequency by half.

Since you won’t have to worry about fertilizing the plant, most of the time, you’ll be worrying about managing the alsike clover to prevent it from becoming an invasive plant. The best way to do that is to deadhead the flowers right about the time they are ready to pollinate. Far from hurting the clovers, this actually encourages the plants to grow more flowers. So it’s a win-win situation.

Many of the cultivars developed by Agriculture Canada have a high resistance to diseases. However, contaminated seeds and unfavorable growing conditions could cause the clovers to suffer from many fungal and bacterial diseases. These might include rust, seedling blight, brown and fusarium root, snow mold, sooty blotch, crown and stem rots, spring black stem, and stagonospora leaf spot.

Pests such as aphids, Lygus bugs, and leafhoppers are also common problems. They usually feed on the sap in the leaves but might also damage the blooms. Use neem oil to exterminate these bugs and prevent further damage to the clovers.

Although alsike clover is used as pasture and hay plants for cattle, this perennial has proven to be too toxic for other animals, including horses. If you have dogs or cats in the house, then keep them away from the clovers. Symptoms of alsike clover poisoning include pink blotches when exposed to the sun as well as liver damage. You should seek medical help immediately if your pets ingest any part of the plant.