Have your kids been learning about the sea in school, coming home to tell you all the different names of the creatures and fish that live there? Perhaps you visited an aquarium recently or  saw dolphins gliding through the waves next to your boat on your last family holiday? No matter where they were introduced to these magical mammals, one thing is for sure: kids love dolphins.

Of course, the best thing to do when your kids totally fall in love with something is to craft about it! Check out these 15 awesome and super creative dolphin crafts that will have them making hilarious dolphin sounds the whole time they’re busy. 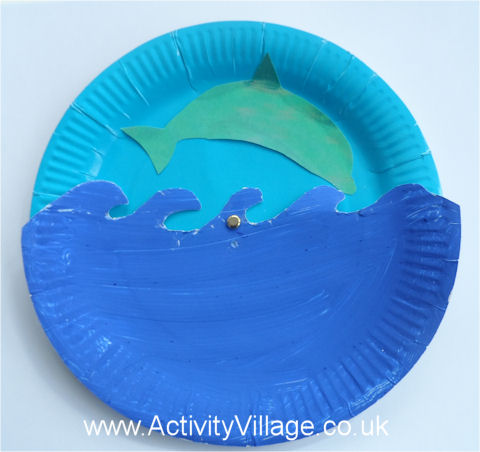 This craft is so simple, and yet so incredibly entertaining! Grab two paper plates, painting one dark blue like the sea and one a lighter blue like the sky. Cut the sea in half (with some waves on the top edge for fun) and place if over the sky, punching a brad pin through both. Next, cut out a dolphin and stick it to the sky. Why would a dolphin be in the sky, you ask? Well, because he’s leaping out of the waves, of course! Turn the plates to make the dolphin jump in and out of the water. We have Activity Village to thank for this super fun idea! 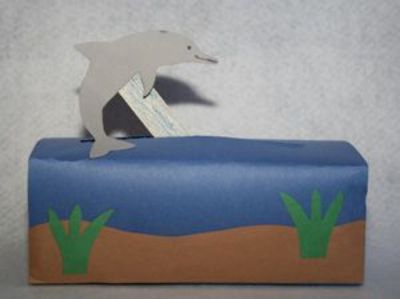 Do you love the idea of helping your kids make a diving dolphin, but you don’t have any paper plates left right now? That’s okay! You can still make a craft that will have the kids- and the dolphin- leaping for joy. Check out this alternative idea to the previous one on All Kids Network, where you use an empty tissue box as the sea instead! 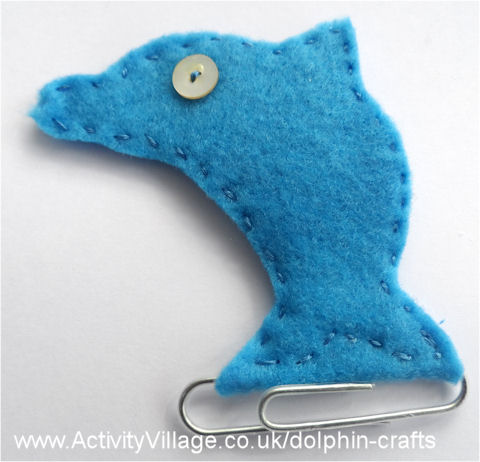 Are your kids a little bit older and interested in learning how to hand sew very simple things? This little dolphin bookmark is made of felt and involves only the simplest of stitches, making it the perfect project to start practicing! Your kids will love how the dolphin looks like it’s jumping out of their book pages when they’re finished. Get the instructions on Activity Village.

4. Leaping dolphins on an upcycled CD 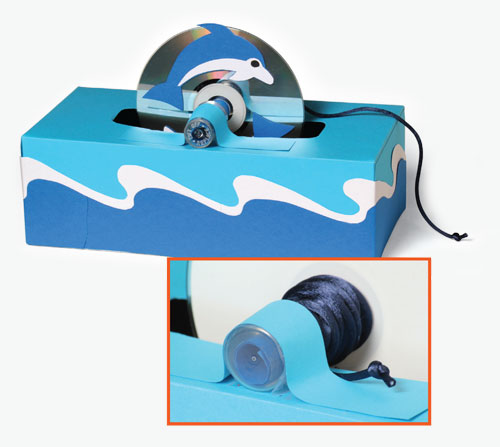 Just in case your kids are looking for a bit more of a crafting challenge, here’s an even fancier version of the dolphin leaping out of the tissue box ocean! This time, however, you’re using an old CD instead of a popsicle stick. Your kids will love the construction that goes into this one, as thought they’re little engineers. Follow the steps for making it on Highlights Kids. 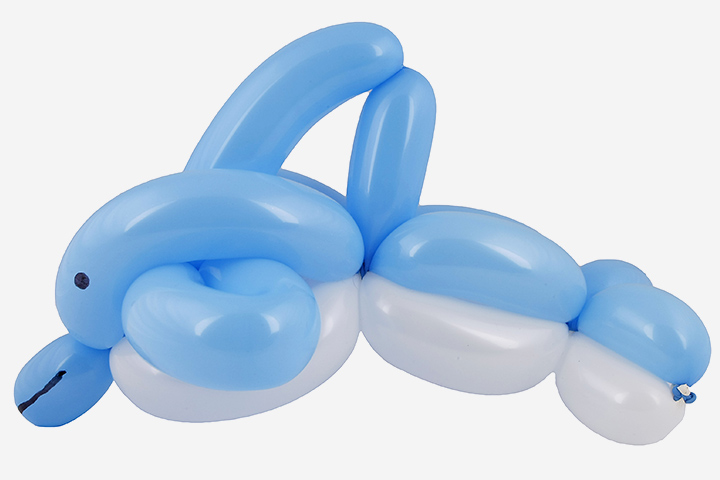 Have your kids been almost as obsessed with balloon animals as they are with dolphins ever since they saw that funny clown at the fair? Well, we think we’ve found the perfect way to combine the two for maximum fun! This tutorial from Mom Junction shows you all the steps for turning blue and white balloons into a beautiful dolphin. 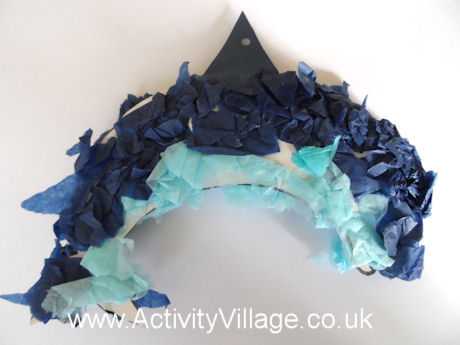 Making a collage where your kids create the image from scratch on a blank paper is a little bit difficult to do if they’re very little. Instead, Activity Village suggests cutting out a dolphin shape for them and then having them fill in the colours by collaging with little pieces of tissue paper! We love the textured finish. 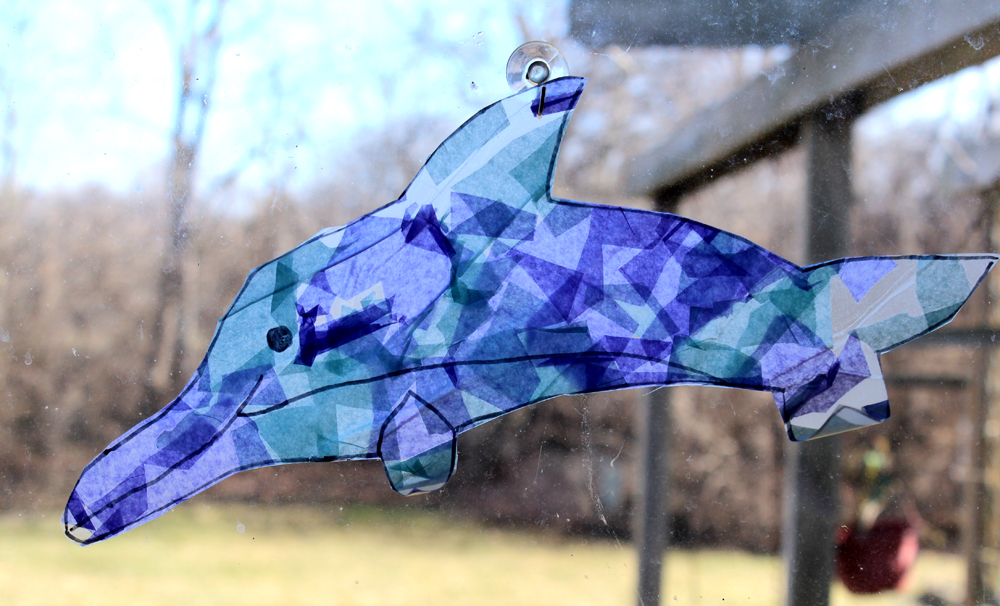 Have you ever used tissue paper to create “stained glass” pieces to hang in the window at Christmas time? Well, Brilliant Bundles is here to remind you that you can use those same techniques to make the same type of craft in just about any shape! Why not make a happy dolphin for the bathroom window above the tub? 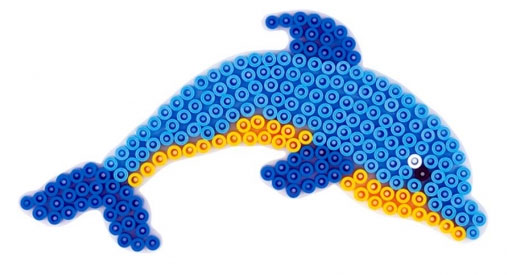 Making cute trinkets out of perler beads is pretty simple in theory, but it’s not always easy to figure out where the beads should go to get the right colours and dimensions. That’s where patterns come in! If you’re looking to help your kids make a perler bead dolphin then Molly Moo Crafts has you covered.

We love these hilarious little paper cup dolphins by Preschool Zone because they sit flat on a tabletop, letting kids slide them around as though they’re swimming! Use paper for the tails and fins and pipe cleaner for the water spouting happily from the dolphin’s blow hole. 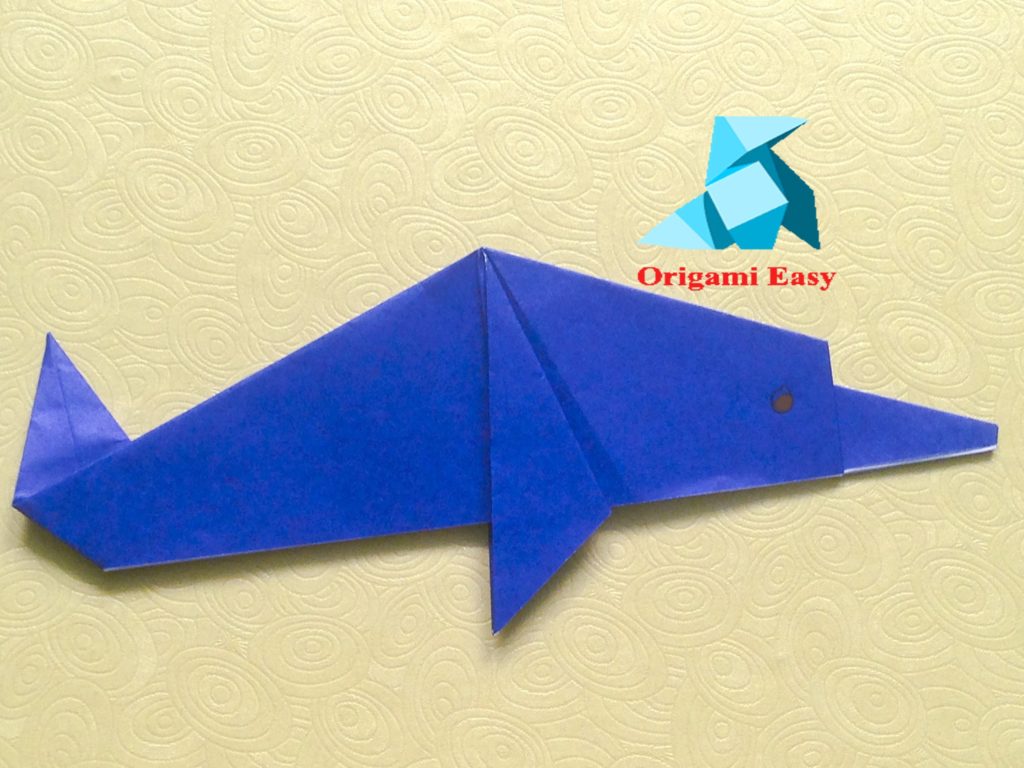 Origami might not sound like the easiest craft in the world for little kids but you’d be surprised how easily they’ll be able to make some very neat things! This little dolphin is a great example. Check out how to fold one of your own by visiting Origami Easy! 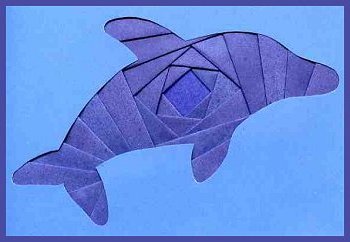 If you’ve never seen the beautiful art of iris folding before, then you’re in for a real treat with this dolphin design! It’s a little more complicated in its technique, so it’ll certainly be one that you work on together if your kids are young, but the final product will be worth the effort! Check out how it’s made on Circle of Crafters! 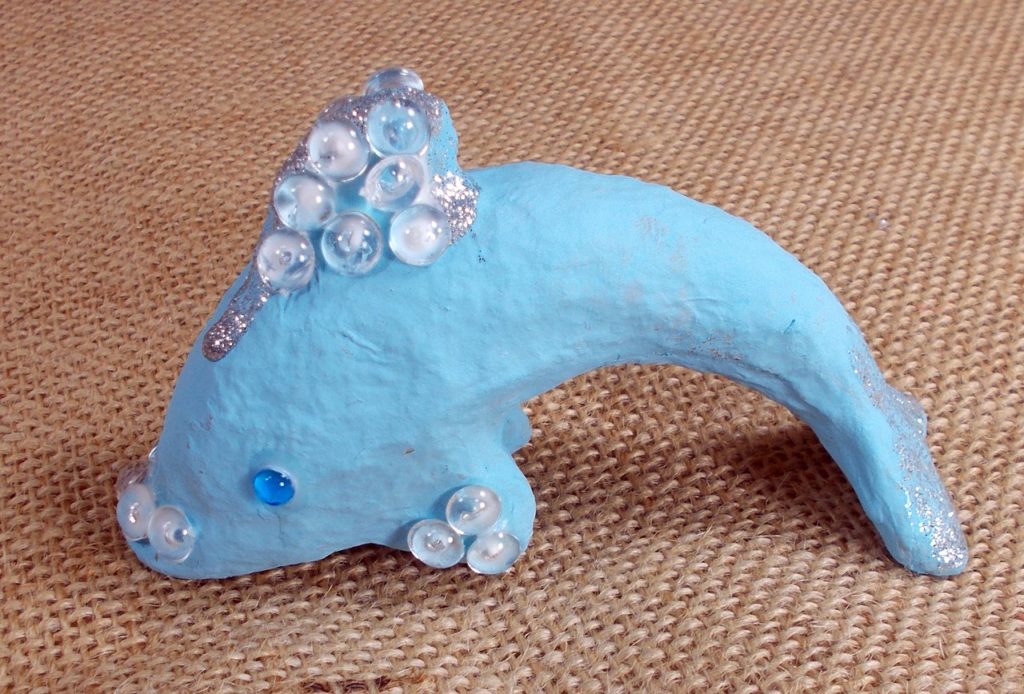 Papier mache is a classic crafting technique and kids always love doing it, especially because it makes such a glorious mess! Check out how Kids VT carefully shaped this little dolphin before painting it and decorating it with cute beads and glitter. 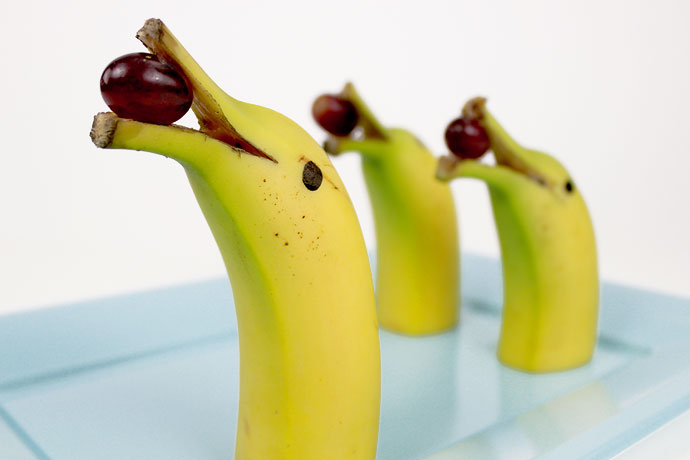 This idea involves a knife, so it’s definitely the kind that you’ll make for your kids, but they’ll sure love eating it! Cut some bananas in half so they’ll sit flat and upward on a plate and then cut the stem in half a couple of inches through the middle. Poke a grape into the slit in the banana stem so it looks like a dolphins mouth holding a little beach ball! We love that  Fun Crafts Kids even draw a eye on the side to really drive the look home.

Free Patterns guides you through the steps for making an adorable crocheted dolphin toy, complete with its own beach ball! Unless your kids are a little older and have started to crochet themselves, this is another craft that you’ll probably have to make for them, but they’ll get hours of play time out of it afterwards. 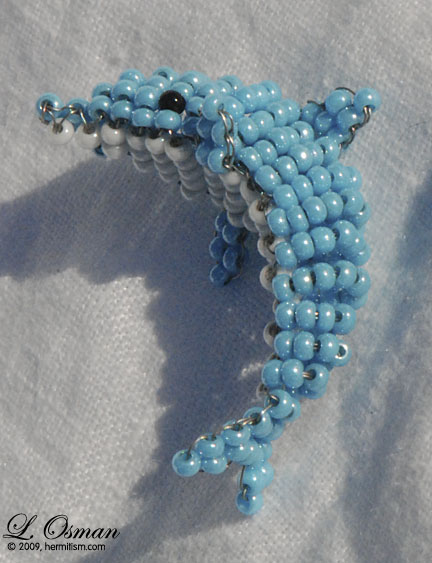 Do you remember making pony bead lizard key chains as a kid? Well, the patterns for those beads have really upped their game since we were young! Instead of just a little flat lizard, Hermit Worm shows you where to get the pattern for a fully 3D dolphin key chain instead.

Have you and your kids made other dolphin themed crafts that you don’t see on our list? Tell us about how you made them in the comments section!

How to Make a Multi Strand Seed Bead Necklace