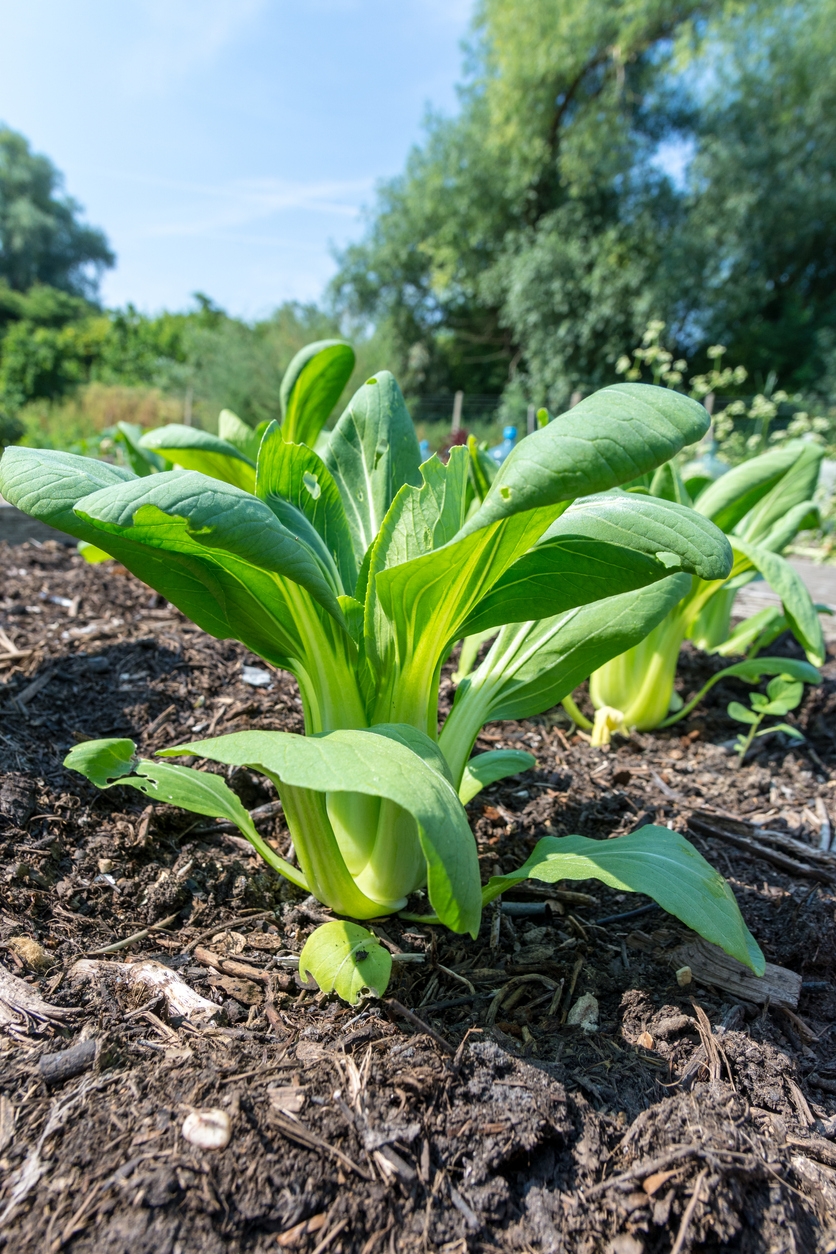 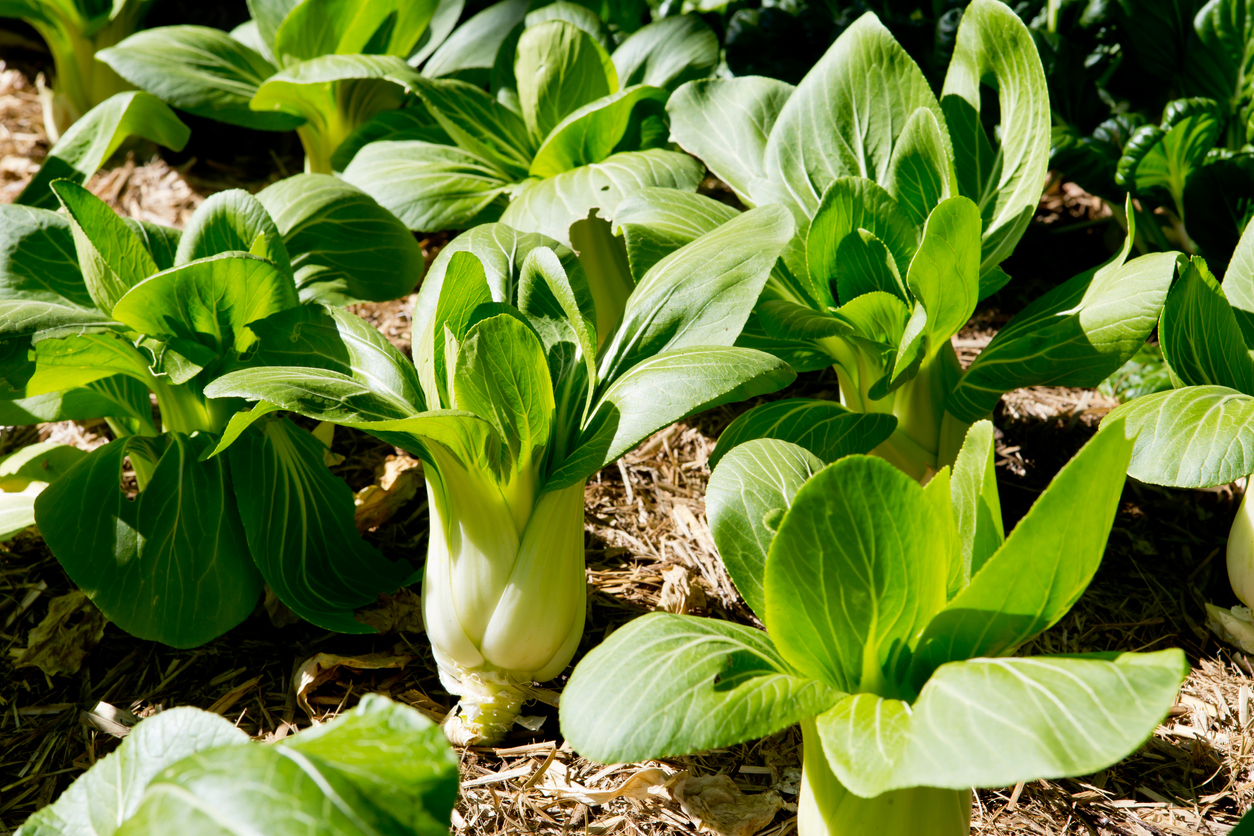 Healthy and sweet-tasting bok choy is the kind of vegetable you’d want to grow in your garden. For one thing, it needs to be freshly harvested for you to get the most nutrients and flavors. And also it’s the best way to make sure your bok choy is not contaminated with other genetically modified (GM) or genetically engineered (GE) crops. 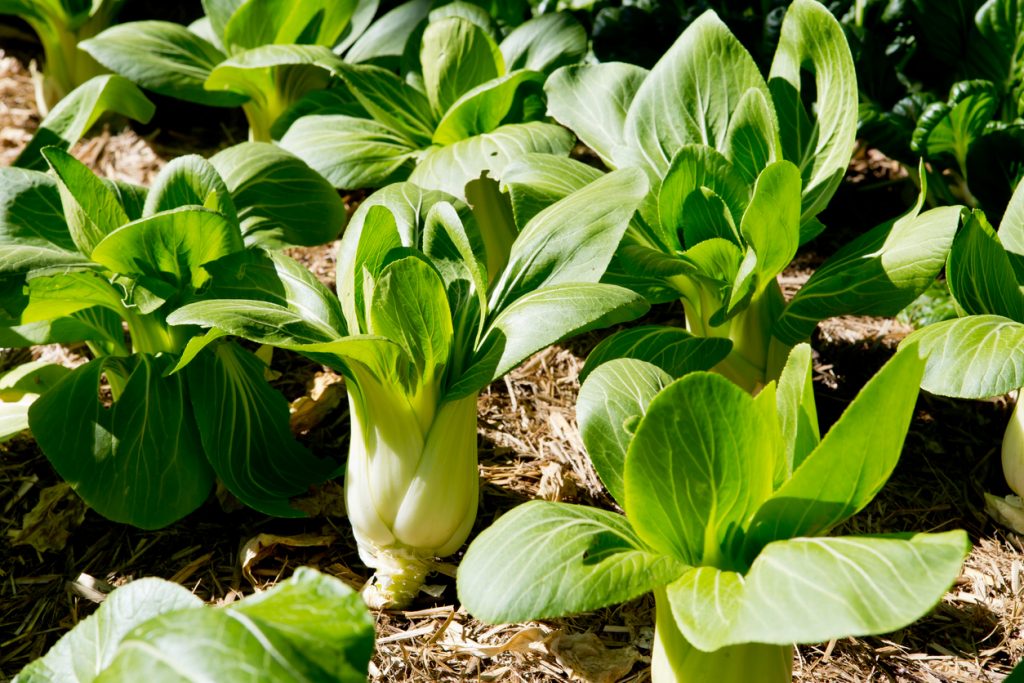 So how would you grow bok choy and how can you cook it? Read on to find out all the nitty-gritty details about growing, caring for, and harvesting this delicious veggie.

All about Bok Choy

Bok choy (Brassica rapa) is a bright vegetable with vivid colors that grows well as an annual in zones 2 to 11. However, the plant prefers cool temperatures to mild or warm ones. So if you live in a hot zone, choose a spot with partial shade since the hot sun will trigger bolting. Another interesting fact about growing this plant is that some varieties can handle light frost much better than it tolerates full sun. So always choose a variety that suits the growing zone you live in.

A native of China, bok choy is a staple in Chinese cuisine. In fact, there are many different ways to cook it as there are names for the leafy green veggie. Both the green leaves and white stalks are edible and can be cooked. The plant is rich in calcium, iron, and potassium along with vitamins A, B6, B9, C, and K. While it’s safe to consume cooked bok choy, you shouldn’t eat it raw in large quantities. The raw vegetable contains an enzyme that prevents the body from absorbing iodine which could cause thyroid problems.

You can use bok choy in salads, stir-fries, soups, or add it to your chili recipes. You can use it with a wide variety of dishes and get the most out of its sweet and mild flavors. 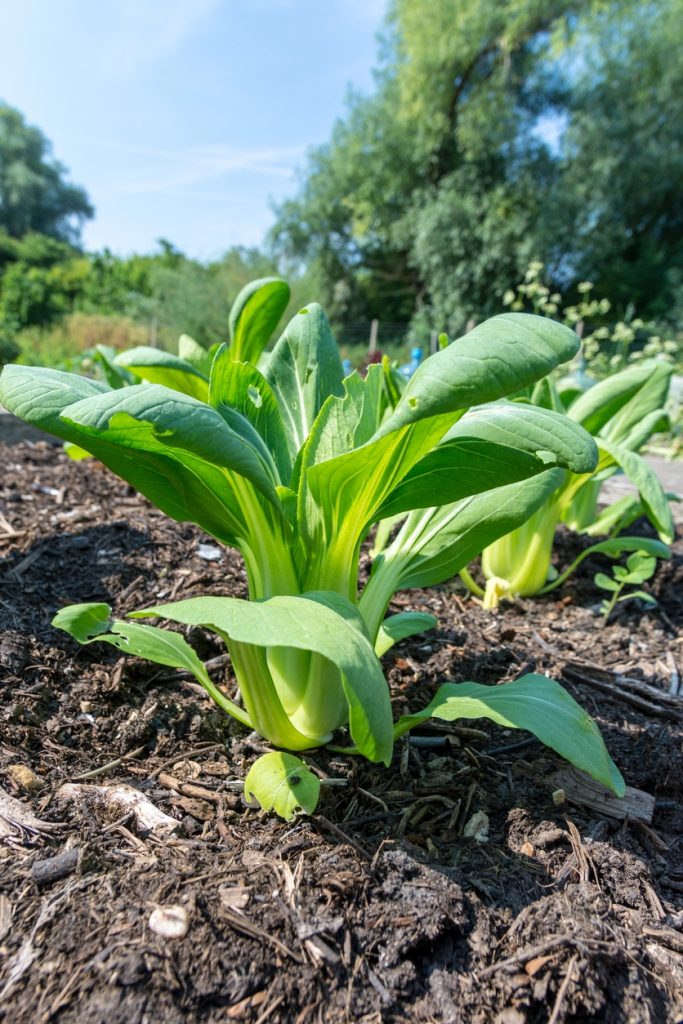 Bok choy varieties are more than just different cultivars and species with distinct tastes and flavors. Some bok choy varieties have a high tolerance for cold zones while others grow well in warm or slightly high temperatures. If you have a short growing season, then choose a cultivar that grows fast and is ready to harvest within 50 days or less. Here are some bok choy varieties to consider.

How to Grow Bok Choy

One of the most persistent problems that haunt bok choy growers is bolting. As a cool weather plant, bok choy tends to bolt when the temperature climbs over 70 degrees Fahrenheit and stays there for a few days. So depending on your zone, choose your timing to coincide with the last frost if you grow it in the spring and select a variety like Joi Choi or Win-Win Choy which resists bolting.

You can grow bok choy either indoors or outdoors.

Choose a sunny spot or one that gets partial shade if you think the afternoon sun might damage your veggie especially in hot zones.

Start the seeds in a deep tray as early as you like. Plant one seed per cell using rich and well-drained soil or a general-purpose potting mix. Water them enough to get the potting mix moist and maintain that watering pattern as the seedlings grow. Harden the seedlings by taking them outside when the weather is fair for a few hours a day. Keep increasing the amount of time they spend outdoors until you’re ready to move them to their permanent place in the garden.

When the soil outside warms up and the night temperature stays above 50 degrees Fahrenheit, transplant the seedlings out to the garden. Water immediately after planting the seedlings.

With its affinity for cool weather and propensity to bolt when the temperature rises, you’ll need to time your bok choy plants to grow and mature between the last frost and the end of the spring. If you don’t think your veggies would make it, you can harvest them as baby bok choy. These tender plants have fewer flavors than the mature plant but they are more succulent and you can make tasty stir-fries with them. Baby bok choy is ready to harvest within 4 weeks from planting the seeds while the mature plants can take anything between 45 to 70 days depending on the variety.

As usual, the soil needs to be well-drained and rich. If you’re starting your bok choy seeds indoors, fill the seedling tray with a general-purpose potting mix and work in about one-third of organic materials. If you don’t expect the seedlings to stay in the tray for more than a week, you can cut down on the organic fertilizer. As for the garden soil, it should be loamy. You need to till and upturn it a couple of weeks before you plant your bok choy seeds/seedlings. Check the pH soil and bring it to neutral or slightly acidic levels or close to 6.0 to 6.5 as much as possible.

As long as the soil is moist, your bok choy plants are happy as pie. Dry soil stresses out the veggie and might trigger bolting. That’s when a long stalk shoots out of the center of the veggie carrying a flower but at the top. This signals the end of the veggie as a succulent and edible plant. Soon after, the leaves will become bitter and the stalks hard and sinewy. How often should you water your veggie patch depends on the air temperature and how fast the soil dries out. But as long as you keep the soil moist, you won’t have problems with this annual.

The key to fertilizing bok choy is to use a custom 10-10-5 fertilizer. The high nitrogen content of the fertilizer boosts the leafy veggie’s growth and ability to fight diseases and tolerate unfavorable weather conditions. You also would want to avoid dumping phosphorus into the soil. Phosphorus encourages flowering and that’s the last thing you’d want to see at the top of your green bok choy. You can also use organic compost or aged manure. These are slow-release fertilizers that stay for a long time in the soil and give the vegetable a more natural taste. Apply your fertilizer of choice once every couple of weeks until harvest time.

Bok choy is prone to the same pests as any other leafy green veggies you grow in your garden. Aphids, flea beetles, diamondback moths, and cabbage loopers are some of those bugs. They each need a specific way to fight them off. Spray aphids with neem oil which can also be effective against diamondback moths. But if you’re dealing with cabbage loopers you should encourage ladybugs and spiders to visit your garden more. They feed on these worms. As for flea beetles, the best way to get rid of them is by lining the corners and edges of the veggie patch with diatomaceous earth, a natural and effective compound that has zero impact on the plants or the environment.

As for diseases, the most common are turnip mosaic virus, black rot, damping off, and downy mildew. Both damping off and downy mildew are caused by fungi. But while damping off affects seedlings, downy mildew covers adult leaves with yellow spots. These spots grow bigger as the infection spreads. Adequate air circulation and moderate watering are both important in avoiding those two fungal infections.

Both turnip mosaic disease and black rot are lethal to the vegetable and are caused by a virus and a bacterium respectively. Aphids are responsible for infecting the veggie with the virus. Eliminate these pests quickly and remove infected plants to prevent the spread of the disease.

One of the best properties of growing bok choy is that you can start harvesting the leaves any time you choose. After about 4 weeks, the outer leaves of the baby bok choy are ready to harvest. Make sure to only pick the outer leaves and don’t take more than 30 percent of the leaves’ mass. Overharvesting can impact the growth of the vegetable.

If your variety has a large head, wait for it to mature. Then use a sharp and sterilized blade to cut the head close to the soil. Take the harvested leaves inside immediately as they wilt under the sun. You can store the unwashed veggies in the fridge for up to 5 days before they start to lose their flavors and crispiness.

Can You Freeze Bok Choy? You Can, If Done Properly

Substitute for Fennel: 12 Easy Alternatives for Sweet and Savory Dishes