When we say bok choy growing problems, we’re actually talking about everything from plant bolting to spacing the seeds and choosing the right time to plant the veggie. Not that bok choy is a complicated vegetable. The lettuce-cousin is easy to grow and doesn’t require any more care than the other vegetables in your veggie patch. 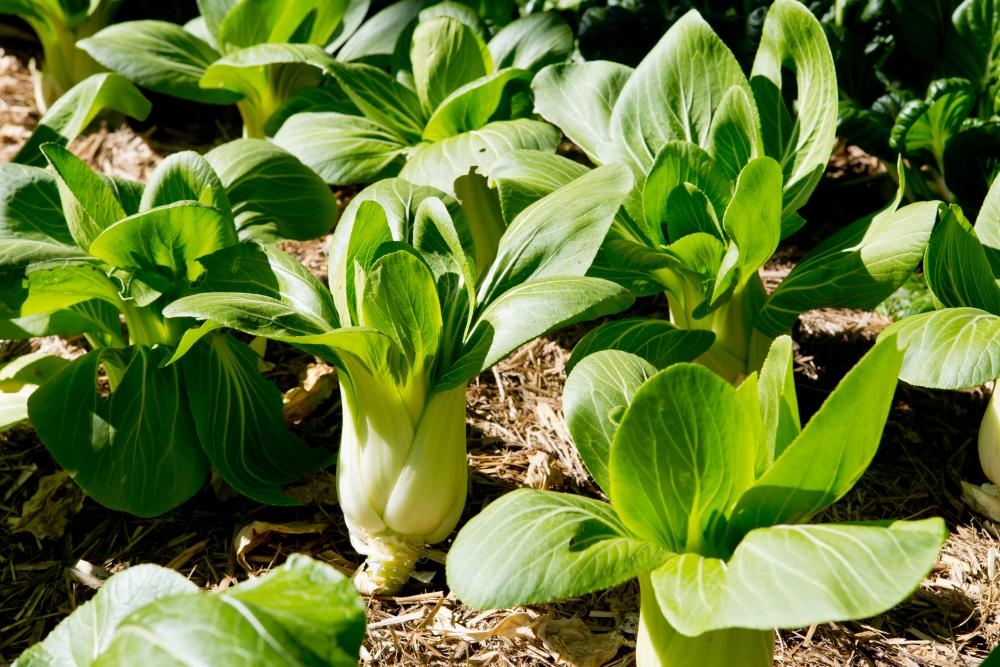 Still, some problems might crop up even when you have done everything right. Pests for example, are uninvited guests crashing the bok choy party and ruining the succulent leaves of the plant. We put together some of the most common bok choy growing problems and offer more than one way to fix each one of them.

Bolting usually signals the end of bok choy as a succulent vegetable and renders the leaves and stalks totally inedible. It’s something to avoid at all costs, not just for bok choy but also for any other vegetable you grow to eat. The only reason you’d want to leave your bok choy to reach that stage is if you want to harvest the seeds. But seeing as the bok choy seeds are quite inexpensive, it’s both a waste of time and good soil to go down that road.

So what causes your tender and succulent bok choy to start flowering? Usually, it’s a shock caused by changes in temperatures, drought, or transplanting. When the roots sense the heat change in the soil, they trigger the plant to go into the flowering phase. Then a long stalk grows out of the center of the plant carrying a flower bud. All the plant’s resources go into that single stalk and the cluster of flowers it carries. The leaves turn bitter and stringy and become inedible.

The only way to fix a bolting bok choy is to prevent it from happening. Once the plant goes to seed, there’s no turning back the clock and you will have to remove it by the roots. So for a cool-season vegetable like bok choy, you need to take the following measures to prevent it from bolting.

Regrow Bok Choy from a Stalk 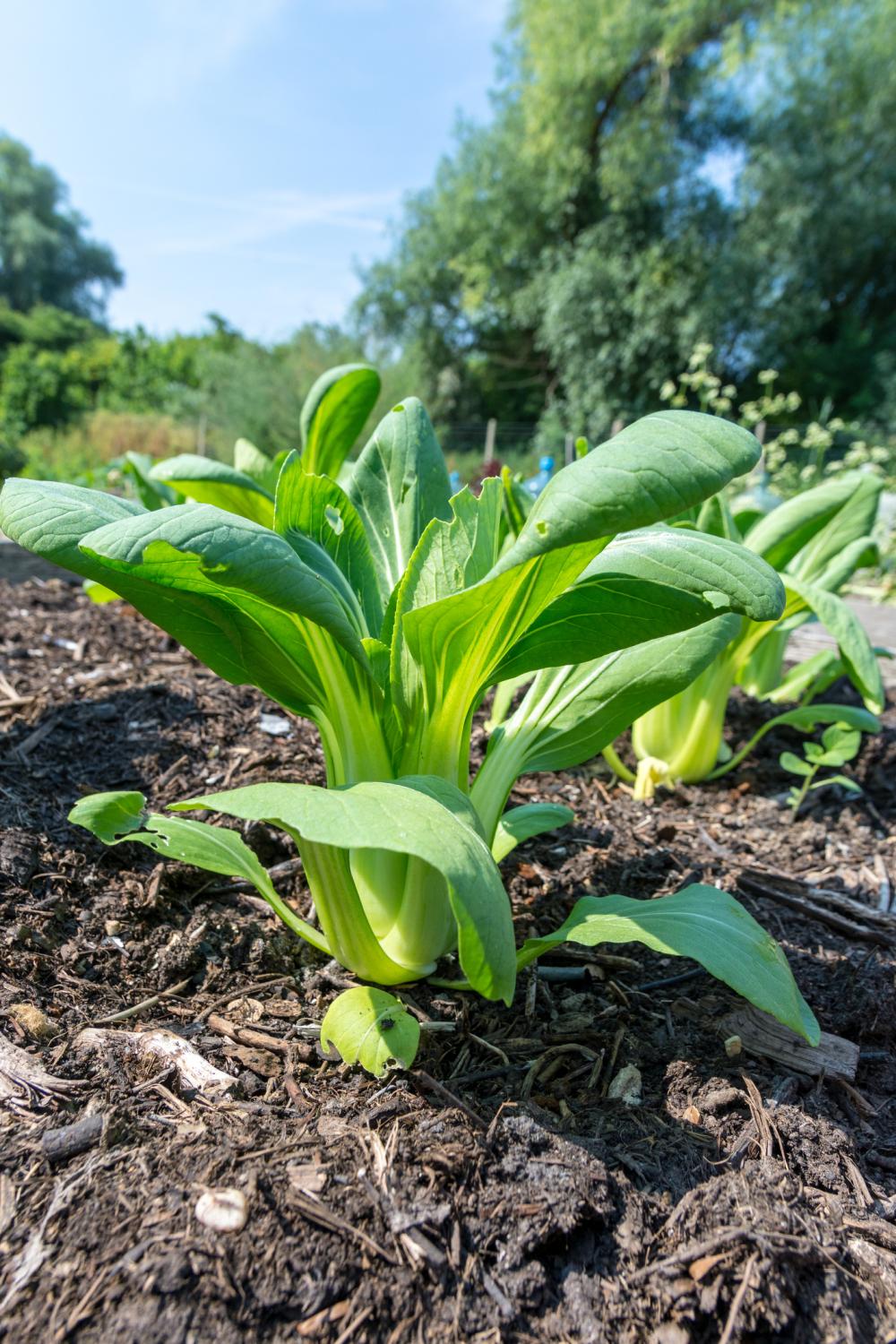 When you’re a gardener, then every time you pick a plant or a leaf, you always wonder if you can plant that in your garden. This goes for bok choy too. When you hold a stalk of the vegetable, chances are you’ll wonder if you can regrow it. The answer is yes you can. Seeds are not the only way to start bok choy. A healthy bok choy head is all you need to have a fully grown plant that yields fresh and juicy leaves. So how do you go about regrowing bok choy from a stalk?

Instead of throwing away a perfectly good bok choy head, why not just grow it back in the garden? And if you don’t have a garden, a small pot with some potting mix will do just fine. Here’s how to do it.

We already saw how you can grow bok choy out of a leftover head that you were going to throw away in the trash. But sometimes you’ll need to grow bok choy in containers out of necessity. Say, for example, your spring goes from the last frost to roaring summer without a break in the middle. As a cool-season vegetable, bok choy thrives in moderate temperatures and warm sun that doesn’t make it wilt and wither. When you grow the vegetable in a container, you can take it inside when the afternoon sun starts baking the garden.

Vegetable container growing is also gaining popularity because of its convenience and since it allows you to grow more than one plant in a relatively small space. The only catch is that different vegetables require different containers so the trick is knowing which plants to group together.

Since we’re talking about bok choy, we’ll focus on how you can grow this delicate vegetable in a container.

If your bok choy veggies look smaller than usual or they’re infested with diseases and pests, chances are they’re set too closely together in the garden. It’s not just that the poor air circulation and high humidity levels promote fungal infections and diseases. The roots underground are robust and spread everywhere in search of moisture and nutrients. These roots don’t play nice even if they belong to the same species. When competing with other vegetables and weeds, the bok choy veggie becomes stressed which opens the door for virus and bacterial infections.

The average bok choy grows to a decent 2 feet high and one and a half feet wide. That’s no small size for a vegetable. And that requires enough space in all directions to allow the plant to grow without being disturbed. 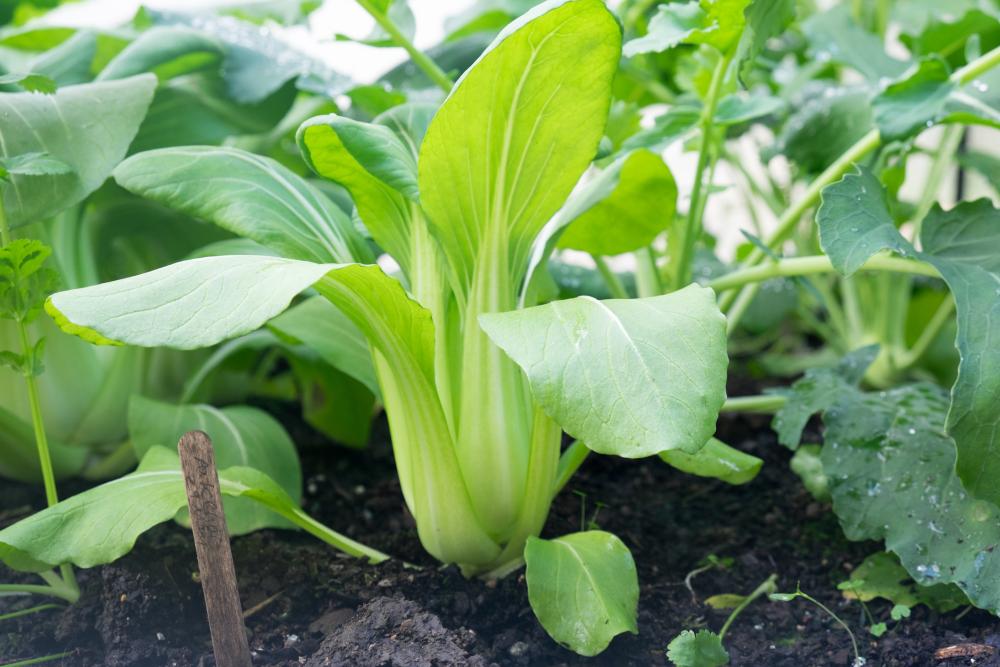 For a leafy vegetable, bok choy plants are remarkably resilient to many diseases that affect other less hardy plants. But one thing you can always count on when growing a patch of bok choy is the pesky pests. They’ll crawl up from the soil or land from the sky and lay their eggs in the deep recesses of the vegetable for the larvae to feed on the juicy leaves.

Vegetable weevils are cool-season pests that become active during the moderate seasons as well as the winter but go dormant in the summer. Since bok choy is also a cool-season vegetable, there’s no avoiding this pest. Or is there?

Even if the vegetable weevil seems to have set its biological clock and lifecycle to the bok choy’s watch, you can still outmaneuver the crafty pest. 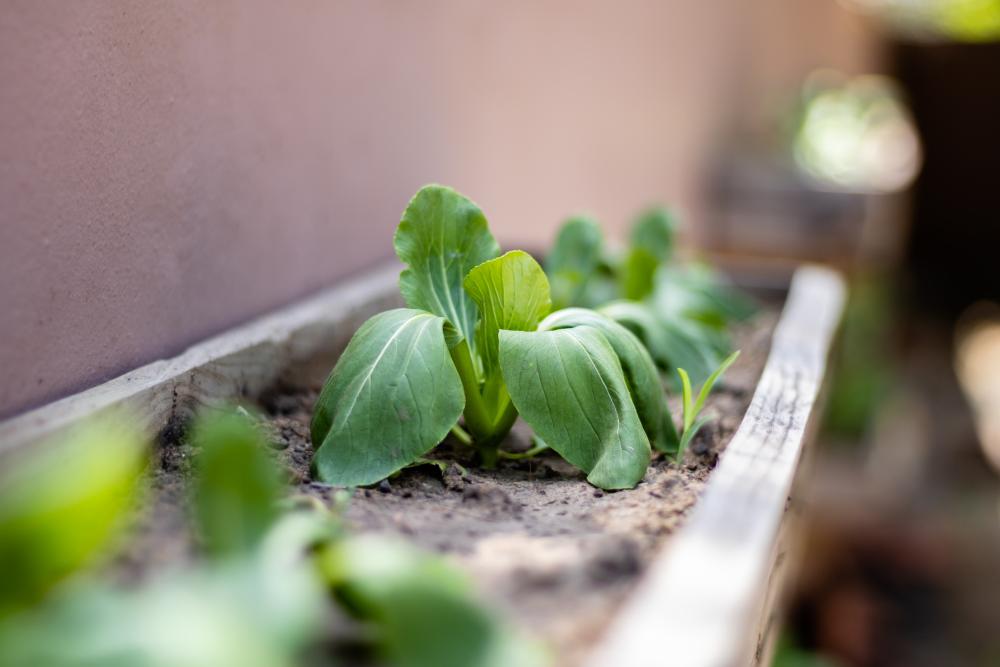 As a biennial plant, bok choy has two planting times every year. Either in the spring or in the fall. If you have a long growing season and your fall season is not marked by an early frost, you can certainly plant bok choy early in the spring and then again in the fall. But as you can imagine, each planting time has its own rules and specific conditions.

For spring planting, you should start bok choy seeds as early in the spring as you can. Unless you have a long and cool spring, you’ll need to take advantage of the moderate temperatures of the early spring. Otherwise, the steady increase of the temperature could cause the bok choy to bolt even at a relatively young stage of development.

You can start the seeds in a tray indoors before the last frost, then transplant the seedlings to the garden once the soil temperature outdoors hits the 50 degrees F. mark. Don’t delay transplanting the vegetable, since the shock of transplantation can also trigger bolting.

For fall planting, you should wait until the summer has cooled off before planting the seeds directly in the soil. Choose a sunny spot in the garden but provide temporary shade to protect the seedlings against the afternoon sun.

Make sure to time the fall planting to allow the bok choy to grow and mature before the first frost in your area.

Can You Freeze Bok Choy? You Can, If Done Properly

Bok Choy Care – How To Grow And Harvest Bok Choy