Brownies are a crowd pleasing dessert for almost any occasion, but sometimes you want to mix things up a bit. Take your standard brownie recipe up a notch with these creative variations. 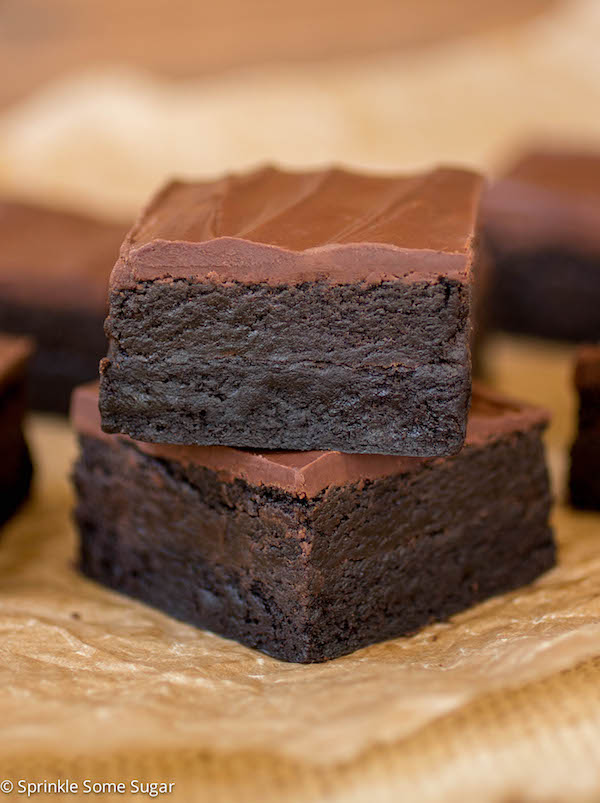 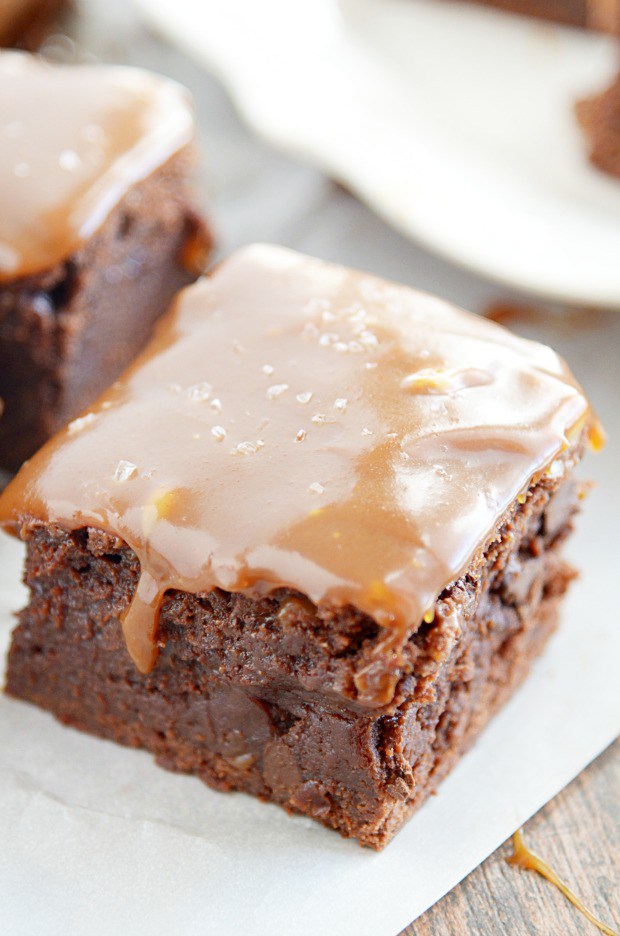 A simple caramel layer over a brownie base takes this recipe up a notch. The brownies are made from scratch, but the caramel topping can be purchased to save time. Head over to Something Swanky to learn more. 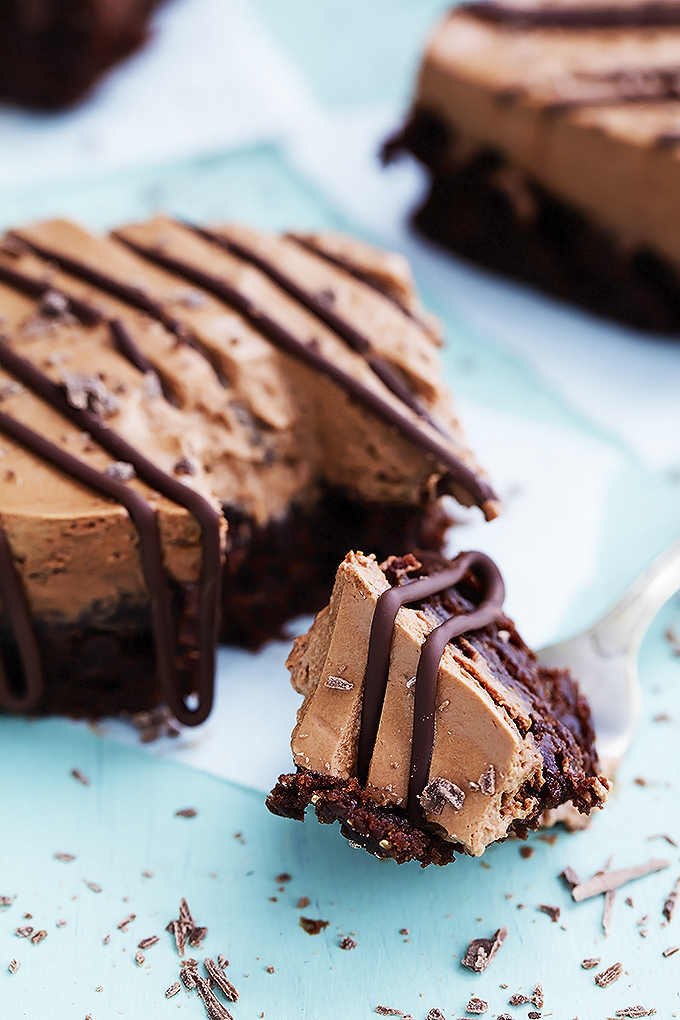 With a brownie layer on the bottom half and a creamy rich layer of chocolate mousse on top, this decadent dessert tastes like pure heaven. The chocolate drizzle is optional. Le Creme De La Crumb has the recipe.

Topped with sweet coconut and a smooth chocolate ganache, this recipe from Celebrating Sweets can be customized using your favorite brownie recipe for the base. 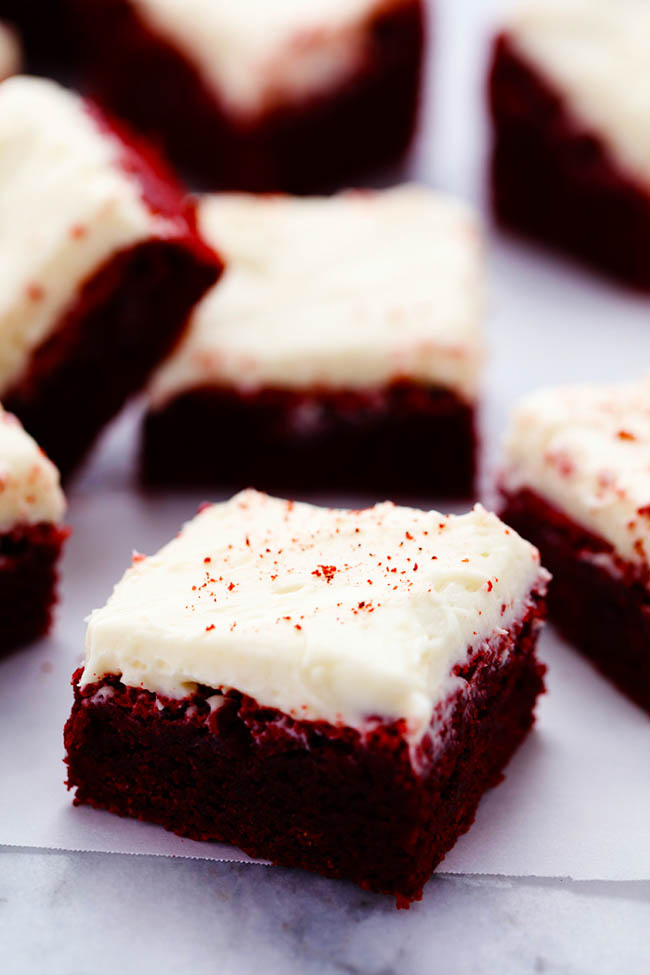 Moist and chewy with a homemade cream cheese frosting, these red velvet brownies would be an impressive addition to any PTO bake sale. The Recipe Critic has the details. 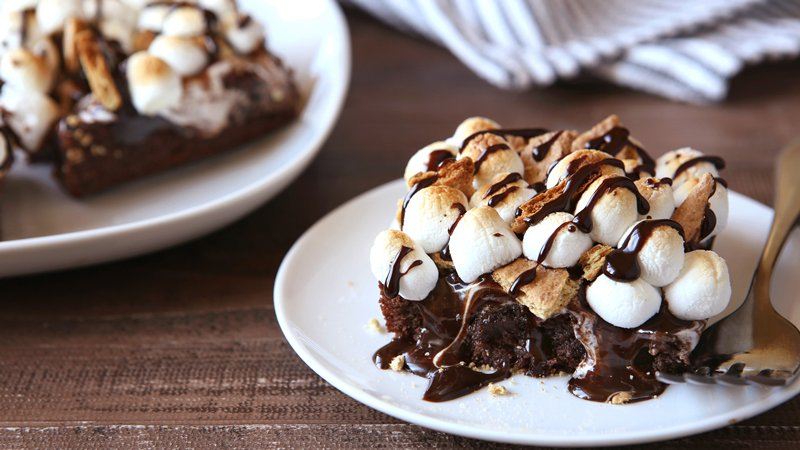 S’mores are a classic campfire treat, but they can be messy to eat. These brownies, however, are an alternative that’s sure to please. Filled with marshmallow creme and topped with hot fudge, graham crackers, and toasted marshmallows, they give you the iconic S’mores taste in a totally new form.  Betty Crocker explains. 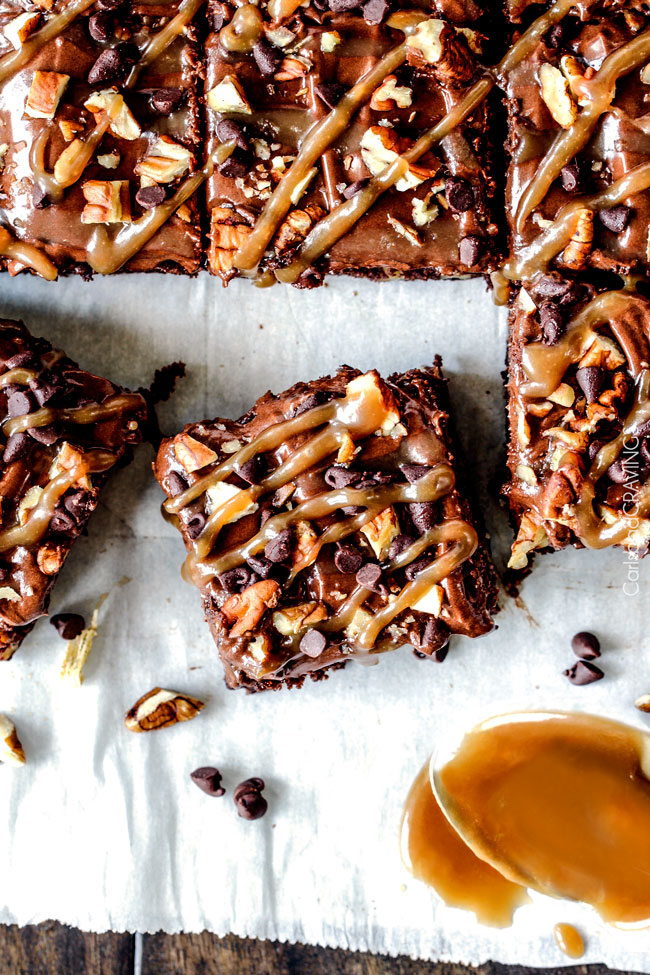 Carlsbad Cravings has a recipe for brownies that are a variation of the popular poke cake, using a creamy caramel followed by a layer of chocolate frosting, chocolate chips, and pecans. Add a few more drizzles of caramel for the perfect finishing touch. 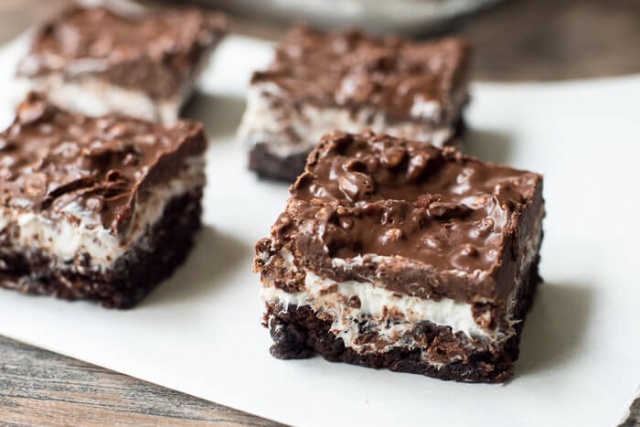 Made with brownie mix, vanilla marshmallow frosting, crisp rice cereal, and a hint of peanut butter, this easy recipe is a great one for your kids to help with. From Valerie’s Kitchen has the details. 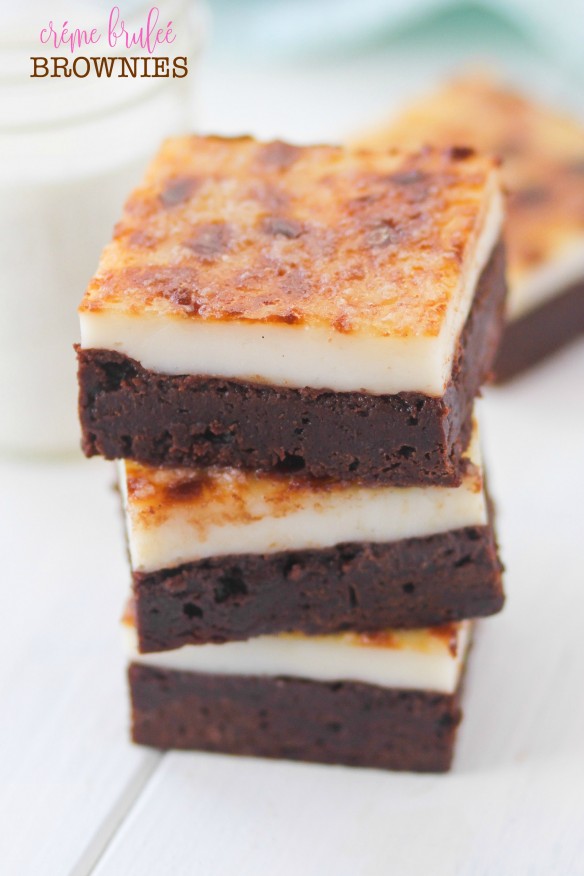 Fudgy and sweet with a layer of thick vanilla custard and crackly sugar top, this unique twist on the traditional brownie recipe is like enjoying two desserts in one.  Confessions of a Cookbook Queen explains. 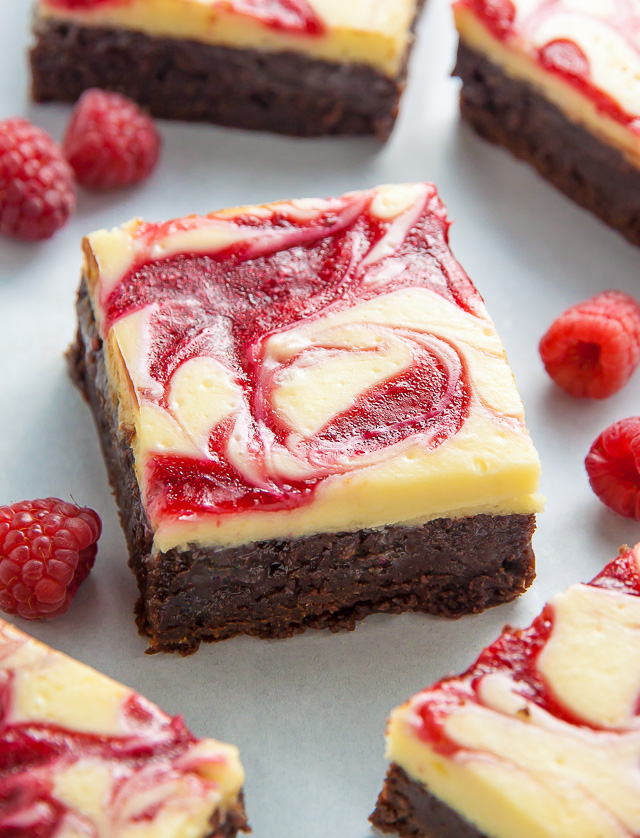 This swoon worthy recipe pairs a fudgy brownie with a cheesecake topping. A fresh raspberry swirl gives them a pretty presentation.  Baker By Nature has the recipe. 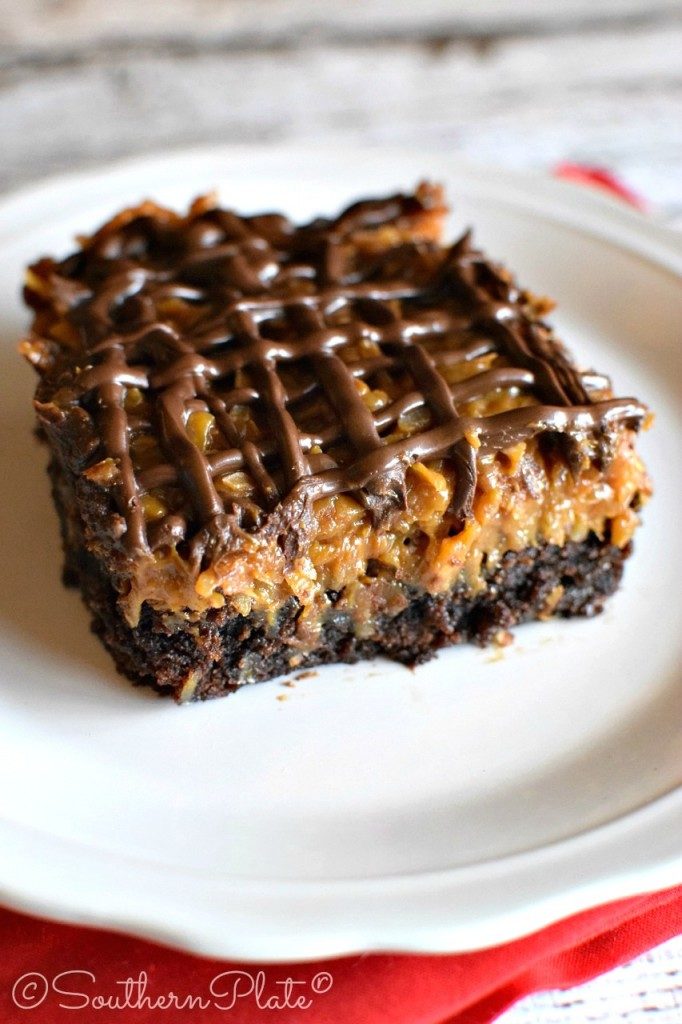 Are Samoas your favorite Girl Scout cookie? If so, you’ll love this copycat recipe that gives you the taste you crave in brownie form. It’s made using a doctored brownie mix, so it’s a quick and easy dessert choice. Southern Plate has the details. 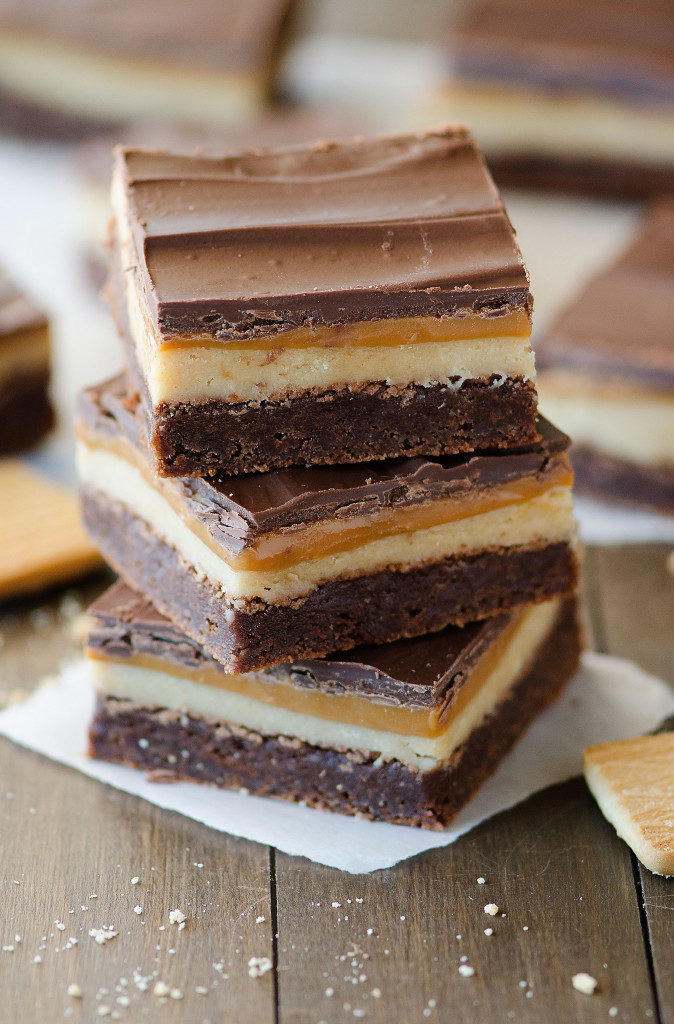 If Twix candy bars are what you crave, this brownie recipe is guaranteed to be a hit. The dessert features four layers: a brownie bottom, a shortbread layer, a caramel layer, and a chocolate topping. Life in the Lofthouse has the details. 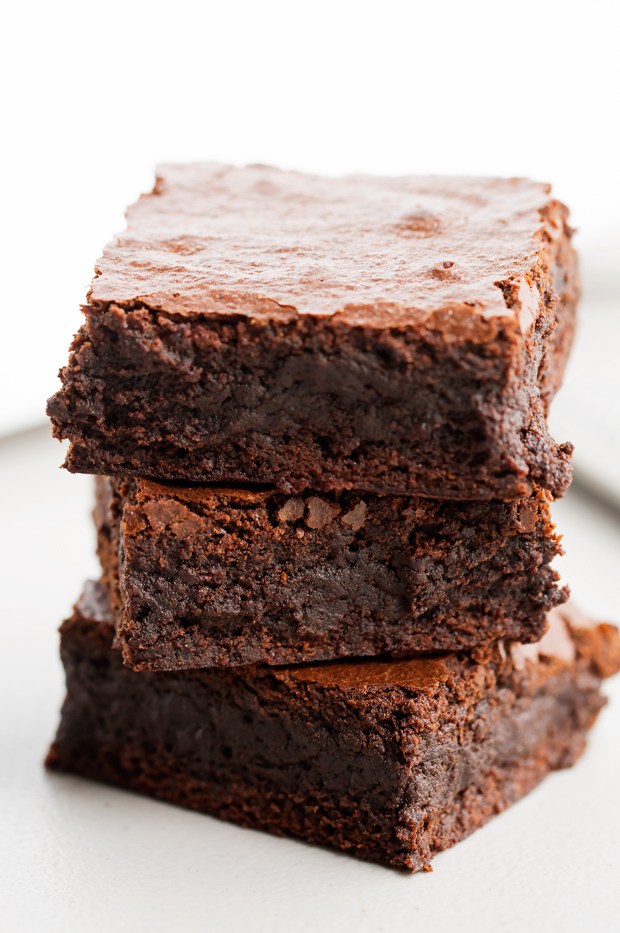 Designed to taste just like Starbucks espresso brownies, these treats will give you a jolt of caffeine with every bite. Head over to Little Spice Jar to print the recipe. 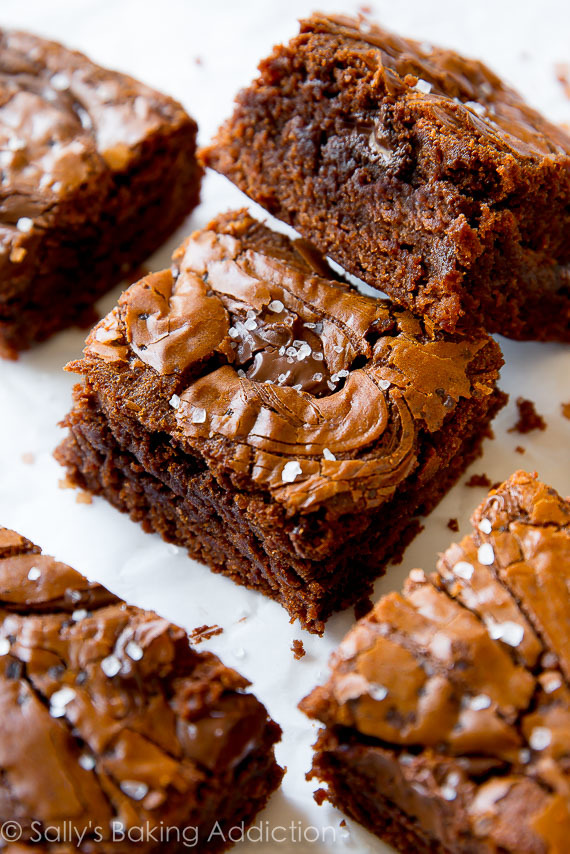 If you’re still just eating Nutella straight from the jar, you’re missing out. Sally’s Baking Addiction explains how to get that hazelnut flavor in yummy homemade brownies. They can be frozen for up to three months, but it’s going to be hard to resist eating them all in one sitting! 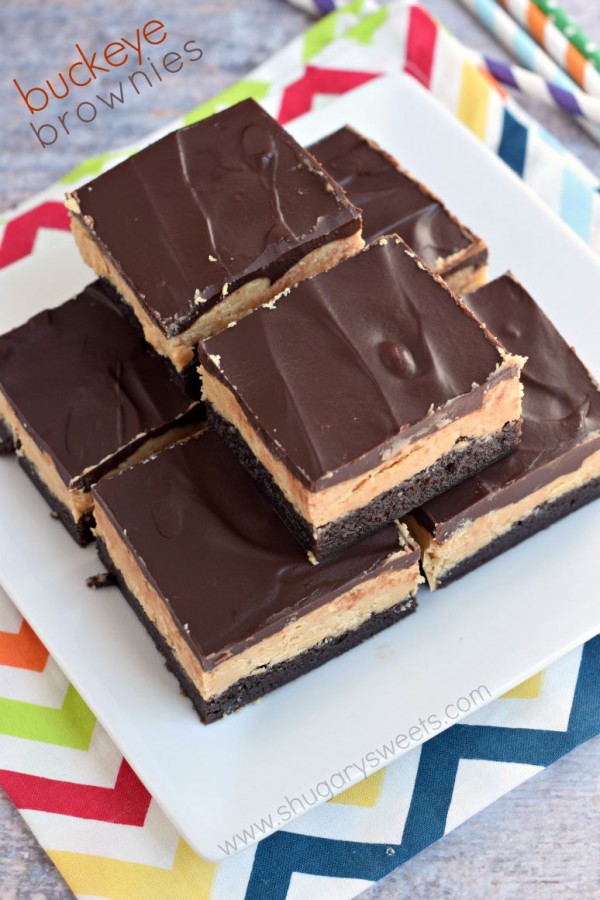 Shugary Sweets jazzes up an ordinary brownie mix with a peanut butter topping and a layer of homemade chocolate ganache. Think of these buckeye brownies as the ultimate comfort food. 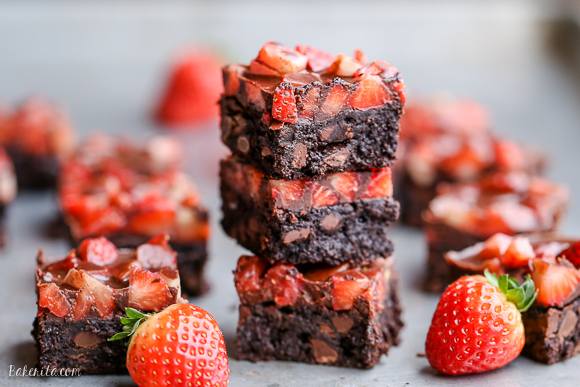 This delicious brownie recipe is Paleo and gluten free, with no refined sugar. It’s made using almond flour and a bit of coconut sugar for sweetness. Bakerita has the details.