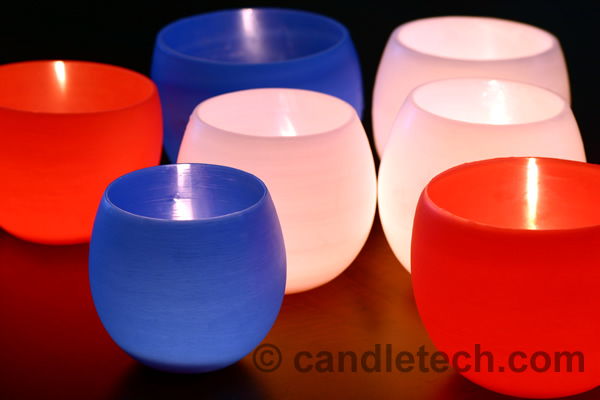 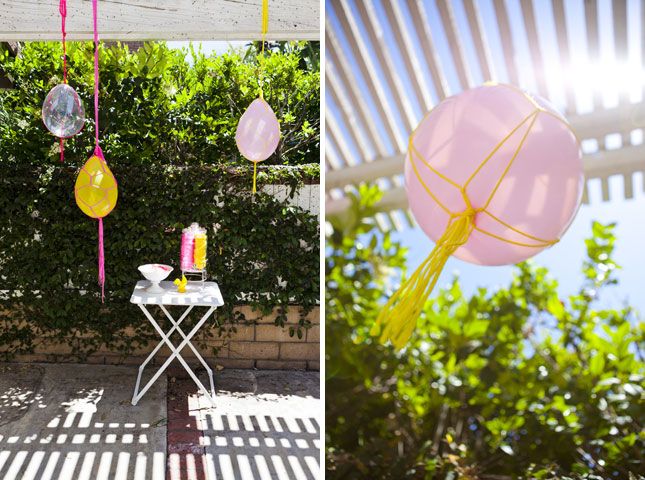 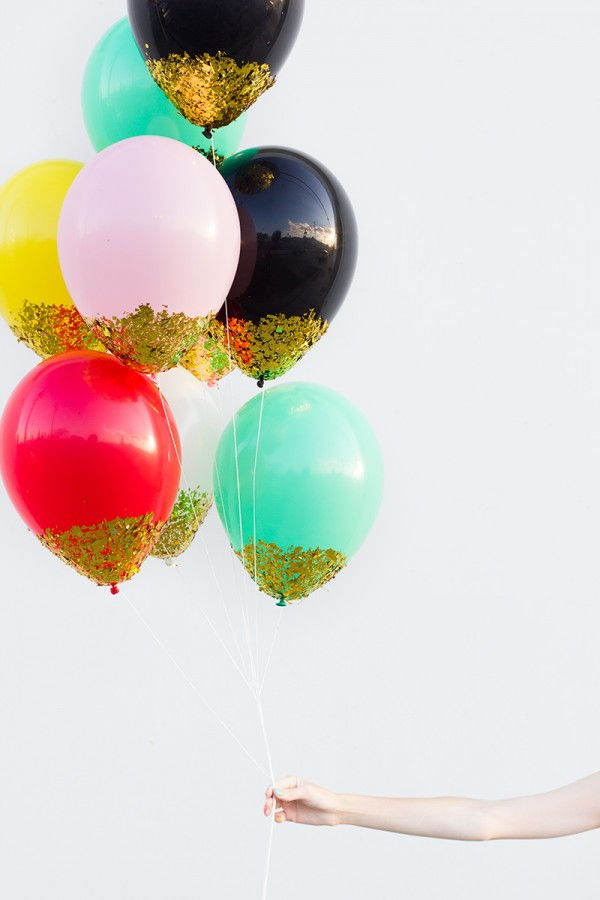 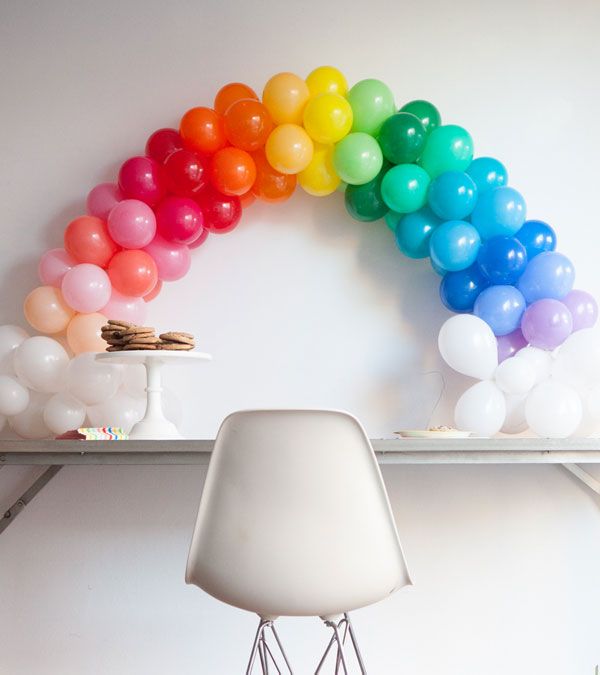 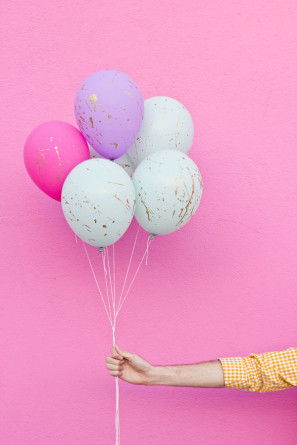 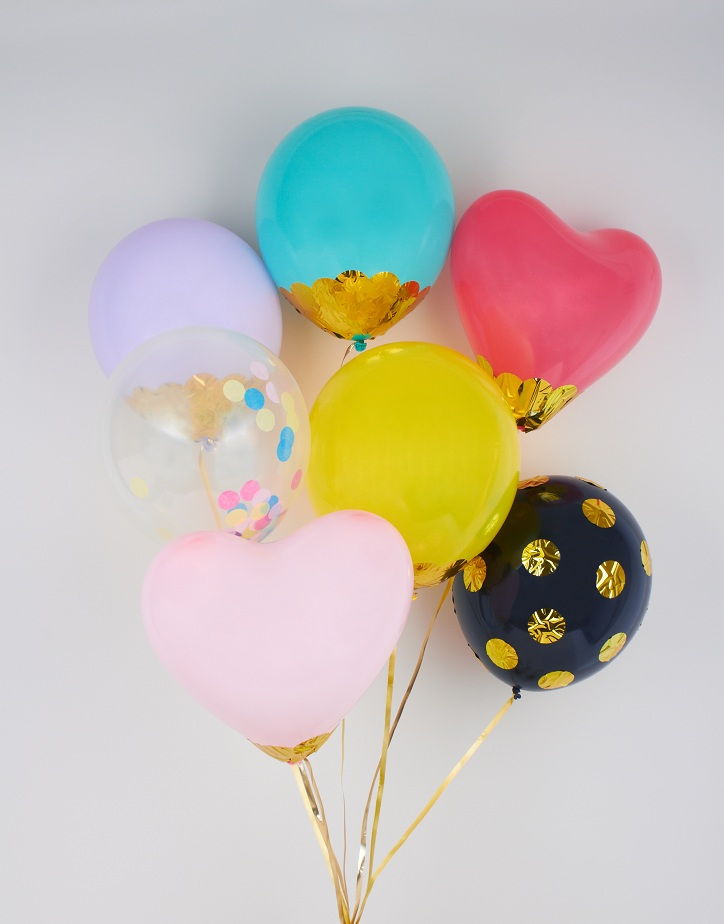 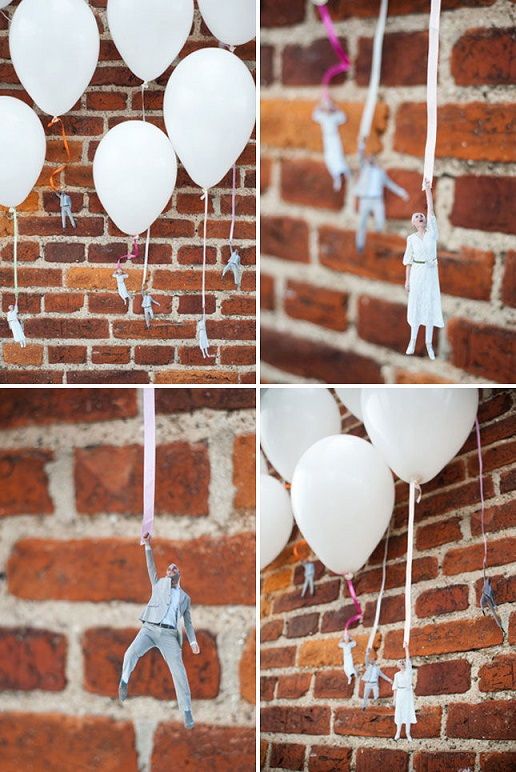 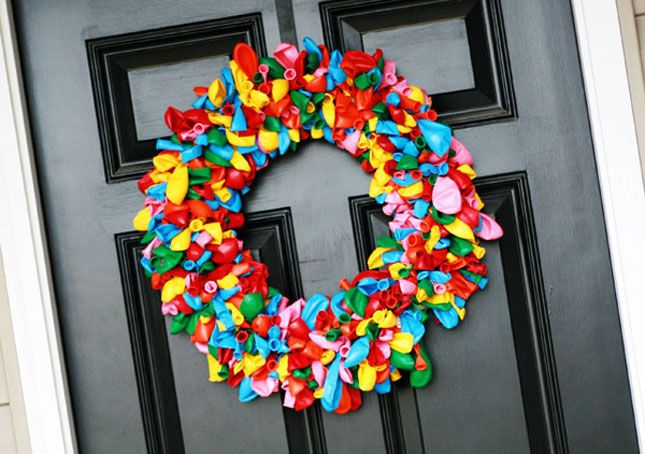 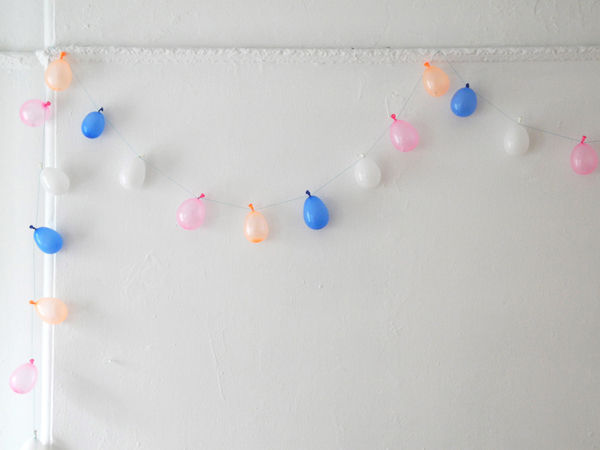 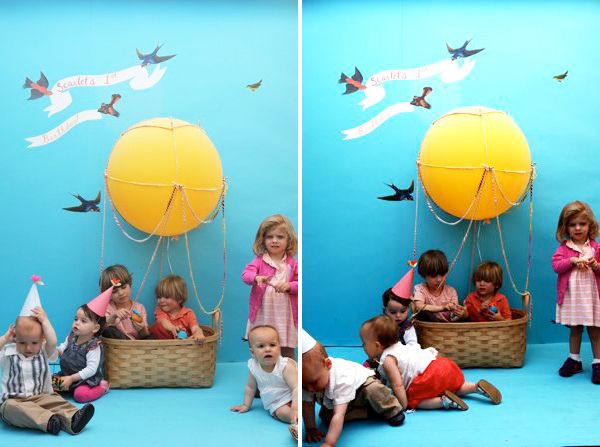 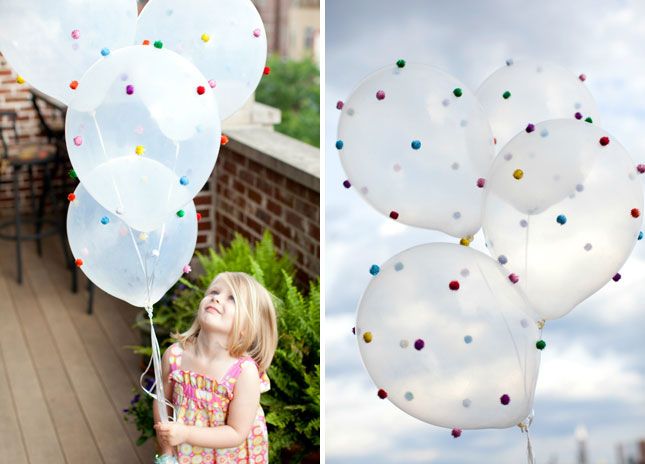 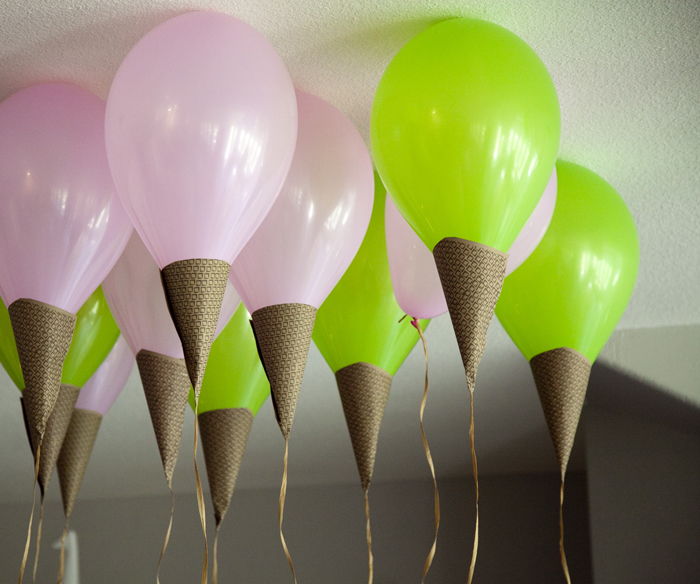 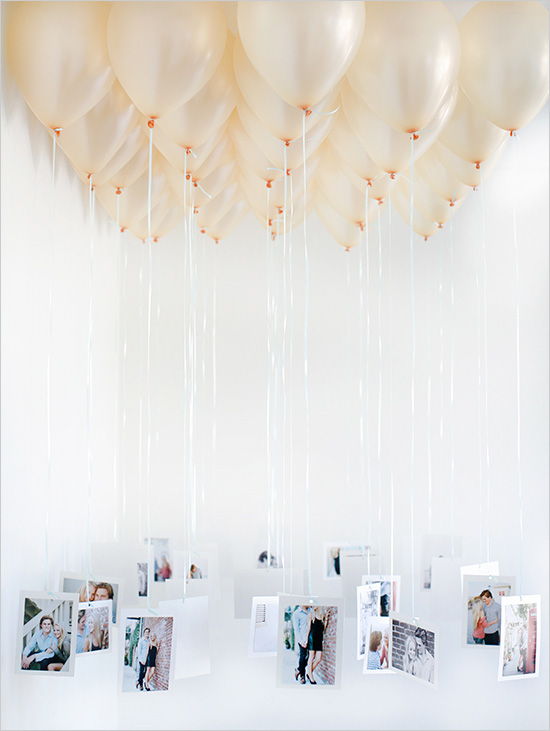 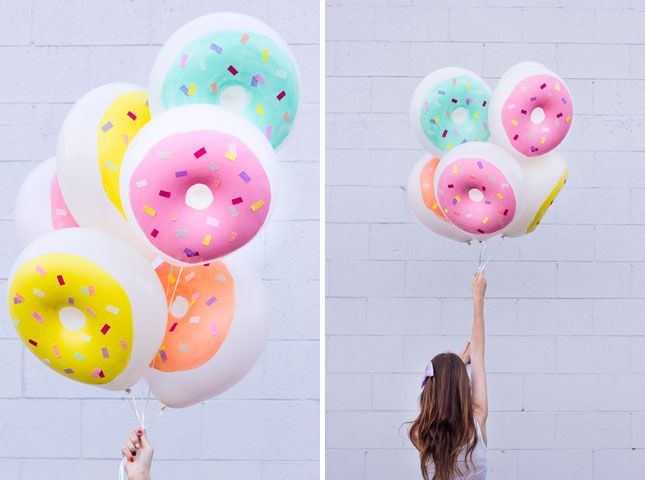 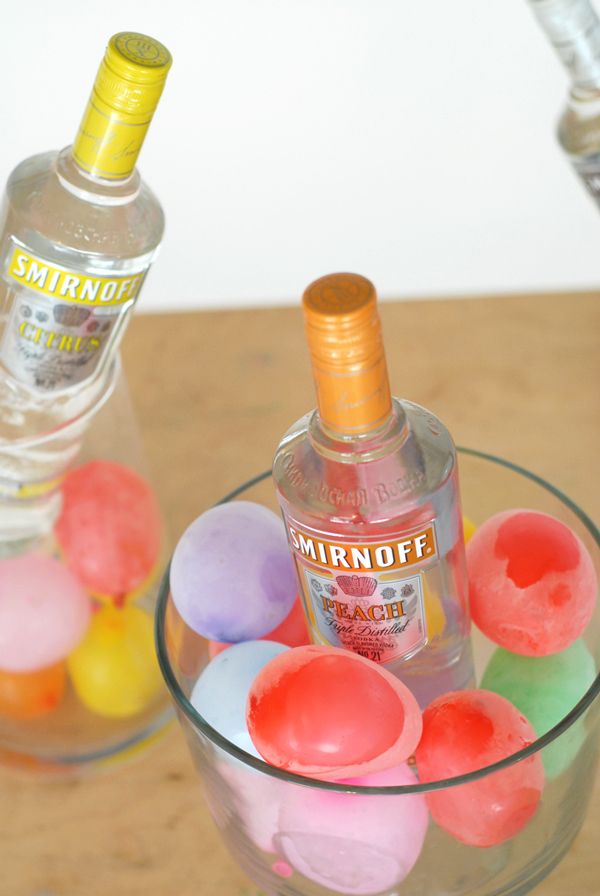 When it comes to parties and special occasions, blowing up some colourful balloons is usually enough to enjoy their fun, funky presence. As DIY enthusiasts, however, we know that most things have more than one function, and we love using those things unconventionally! Balloons are no exception.

Check out these 15 awesome DIY projects that are made with or incorporate balloons!

A Subtle Revelry guides you through the process of making rounded, colourful little ice cubes using balloons! You might not want to put rubber encased ice straight into your drink, but piling the frozen balloons into a bowl to chill bottles is practical and awesome looking.

If you can’t find balloons in the precise colours or designs you’re looking for, stay calm! Studio DIY has you covered with the techniques that you’ll learn in this awesome tutorial for creating hilariously adorable sprinkled donut balloons!

One of the best ways to celebrate a special occasion, like an anniversary or a graduation, is to dig out awesome, nostalgic old photos. The more uniquely you display those photos, however, the more fun people will have looking at them! Try attaching them to the end of a string on a balloon that’s been filled with helium, just like Wedding Chicks did. The balloons will float to collect on the ceiling and the photos will dangle right near face level for people to look at!

Are you throwing a kids’ party or a fun summer fling? Get a little more creative and cheerful with your balloons than usual and curl patterned paper into a cone shape, then stick one cone to the bottom of each balloon. They’ll look like colourful scoops of ice cream on cones! See how it’s done on Pretty Prudent.

Letting your kids decorate balloons is a great way to get them crafting but also give them something to play with afterwards! Grab some plain white, clear, or solidly coloured balloons and spice them up by gluing brightly coloured pom poms all over the surface. Kids will love watching their newly textured projects float around when they’re done! Check it out on Design Improvised.

Are you a huge fan of adorable and hilarious photo corners that you made at home rather than stiff, staged mall portraits when it comes to photographing your kids? We’re willing to bed that your kids will have more fun with your DIY ideas at home too, especially if you use a massive balloon to create a fake hot air balloon scenario for them, just like Oh Happy Day did.

7. Fortune balloons on a garland

Do you love how balloons look, but you love the sound and feeling of popping them even more? Make that into one of your party activities by creating these fortune balloon garlands by Oh Happy Day! Write a quote or piece of advice onto slips of paper and slide those inside the balloon before you blow them up. Once they’re stringed, let each guest pop one and read their fortune!

Have you always loved how awesomely colourful balloons look inside their bag before you’ve taken any out to blow them up? Keep that rainbow effect going by crafting with deflated balloons instead of fully rouned ones! We love the rainbow effect of this door wreath, and so will your party guests. See how it’s done on How Does She.

Do you love incorporating something fun and silly into your décor whenever you throw a party or host an event? Your balloons are the perfect place for that! Before you decorate, have your wedding couple or other guests of honour (like a birthday girl or the new high school graduate) pose with their arms up, hands outstretched, or jumping and take an action picture. Print the pictures and cut them out, then stick them to the ends of helium balloon strings so it looks like mini versions of them are dangling from the balloons!

Colourful balloons look pretty fun on their own, but they look even more awesome if you jazz them up a little! Alex and Alexa show you how great it looks to stick confetti either on the outside of or even right inside solidly coloured balloons to make them look even cooler than usual.

Do you love taking any opportunity you can to get a little messy with your DIY? Studio DIY has you covered with a way to do just that while you customize some balloons! These gold paint splatters look good on any colour or style, but they’re especially trendy over pastel coloured balloons.

Oh Happy Day walks you through the process of blowing up balloons, organizing them by colour, and tying them together to make an adorable arch over the buffet or dessert table. Try making a full on rainbow like this one or choose different shades of the same colour from dark to light to make an ombre effect or gradient.

Are you in love with the idea of giving your balloons a little extra flair by gluing things to the outside, but you still want them to look quite classy? This golden confetti dipped idea by Studio DIY is definitely the design for you! The texture at the bottom of the balloons makes them look almost as if they’re been gold leafed.

Instead of letting your helium balloons float around all over the place or tying them down with a string in the classic way, try wrapping them up in knotted macramé so it looks as though they’re hanging from the ceiling instead of floating towards it! Find out how it’s done on You Are My Fave.

Perhaps it’s not a craft for balloons that you’re looking for, but rather one that uses balloons to make it happen? These awesome little wax candle luminaries are the perfect example! Get the rounded shape by filling a water balloon, dipping it in warm, melted wax (but not too hot), and popping the balloon once the wax has dried well enough around it to hold the rounded shape! Candletech has a great tutorial for you to follow.

Have you created other balloon crafts (or crafts using balloons) that you’re very proud of? Tell us about how you did them in the comments section or link us to photos of your work!