Have you ever watched scenes from the classic TV show The Golden Girls, where the characters bond over thick slices of cheesecake? These scenes started a sort of pop culture understanding that cheesecake is not only delicious, but good for the soul. We’re pretty big believers in that theory! Sometimes, though, it’s nice to switch things up. If you eat the same flavour of your favourite thing every day, you might get sick of it!

Instead, try one of these delectable and delicious cheesecake recipes that are totally worthy of a Golden Girls scene! 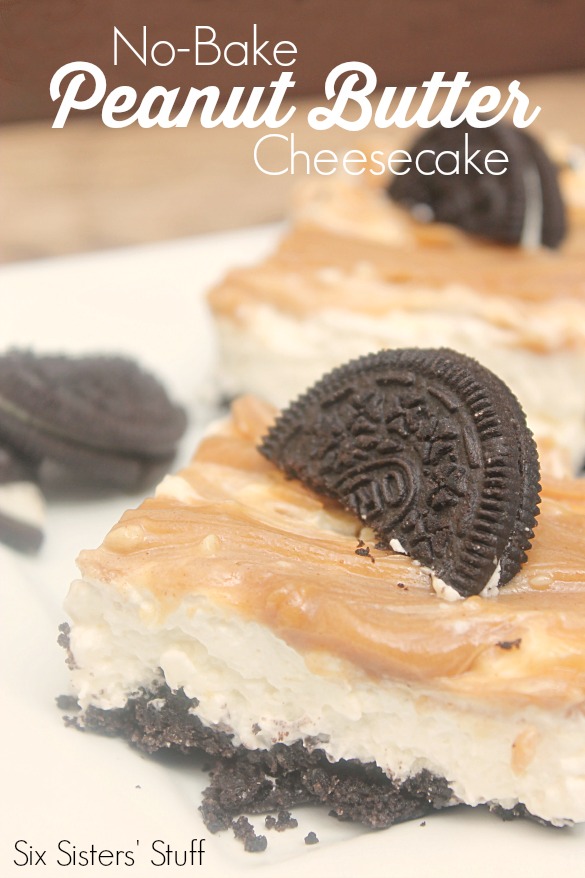 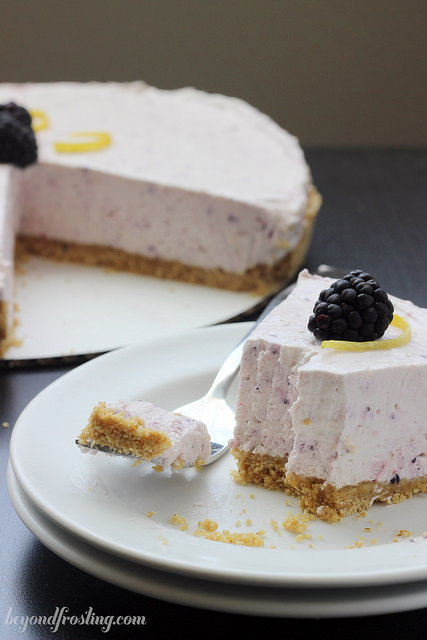 Cheesecake and fruity freshness are a magical combination. Let strawberries, blueberries, and blackberries or raspberries show you why!(Source: Beyond Frosting) 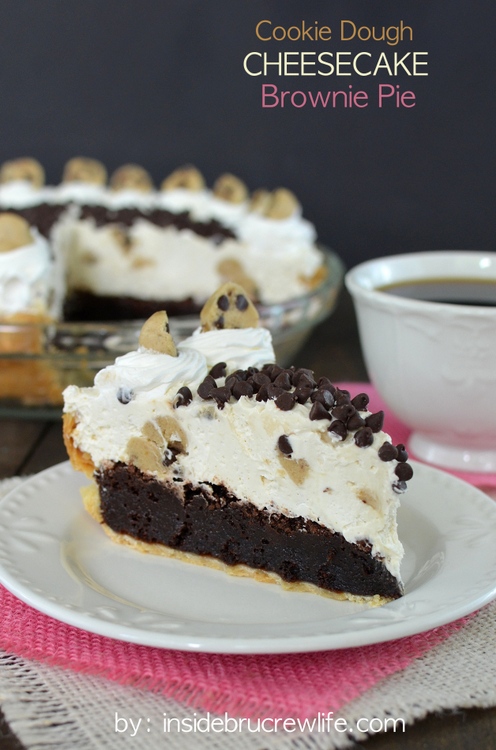 Can you think of anything more decadent than brownies, cheesecake, cookies, and pie all wrapped into one? We’re hardly prepared for that much delicious in one place!(Source: Inside BruCrew Life) 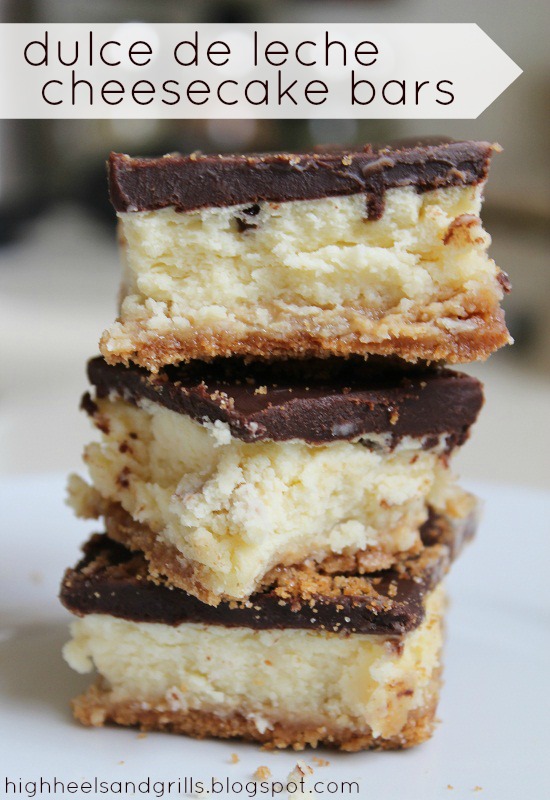 Are you a big fan of real cream in your treats rather than less tasty dairy product versions? These dulce de leche cheesecake bars are just what you’re looking for- and they even have a bonus chocolate layer!(Source: High Heels and Grills) 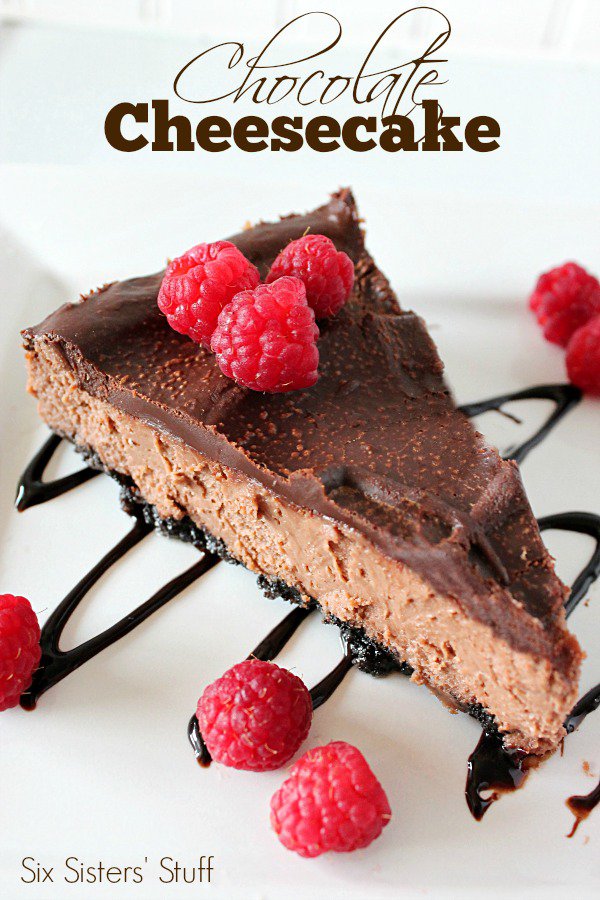 Rich chocolate cheesecake is amazing on it’s own, but it’s even better when you top it off with chocolate drizzle and some fresh, juicy raspberries!(Source: Six Sisters Stuff) 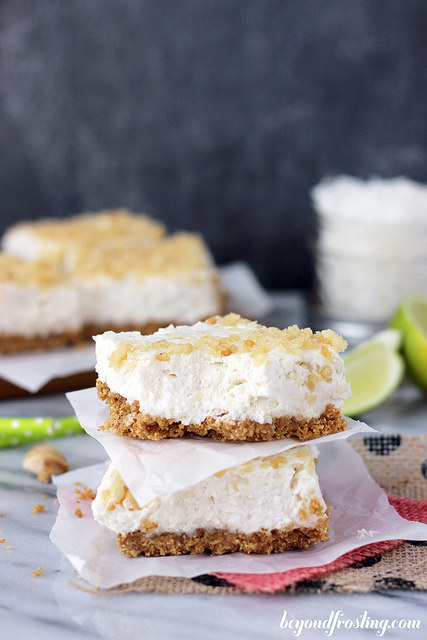 Rich flavours like chocolate and peanut butter are just too much for some people when it comes to cheesecake. Instead, try this lighter coconut lime recipe for a fresher taste!(Source: Beyond Frosting) 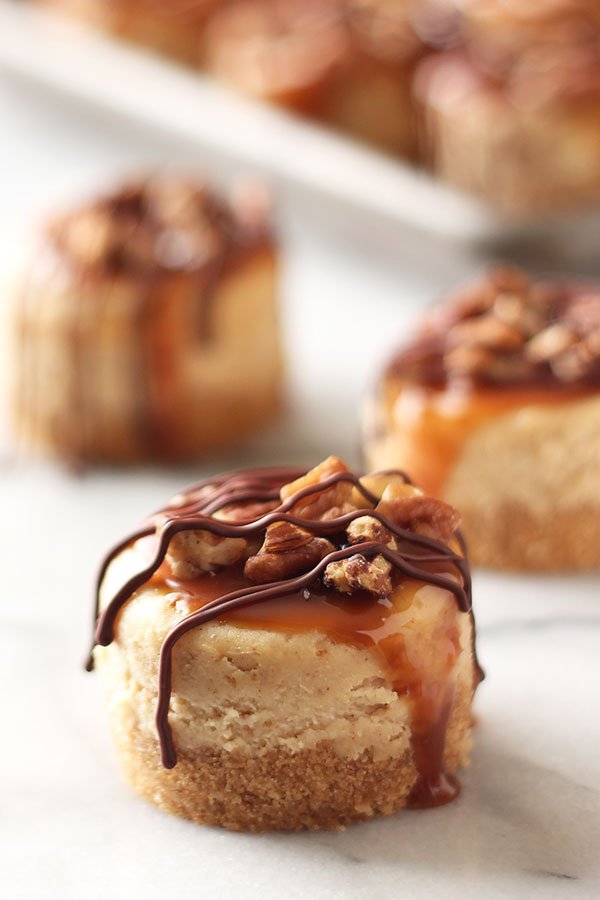 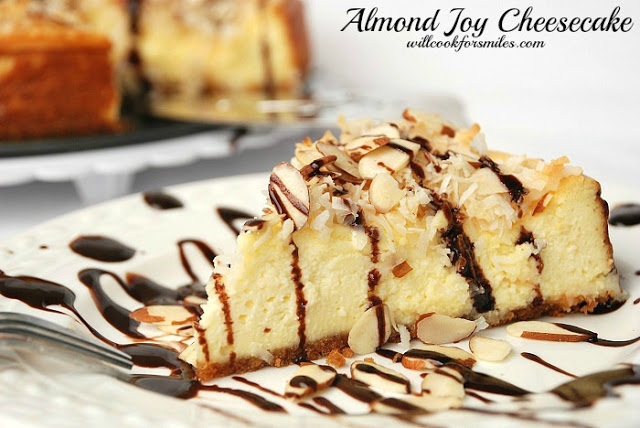 Whether you’re in love with the chocolate bar or you’re just an almond lover, this nutty but sweet cheesecake is the recipe for you.(Source: Will Cook for Smiles) 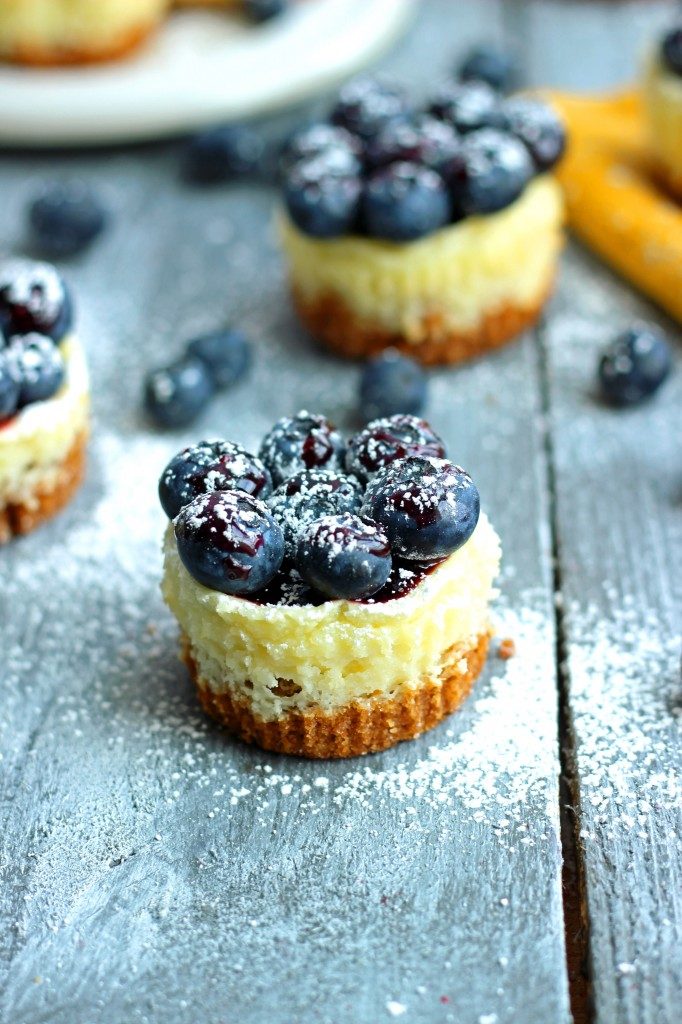 We’re not sure whether making tiny cheesecakes is a good thing for portion control or a bad thing because they’re just easier to eat many of, but we do know that this zesty lemon blueberry combination is to die for!(Source: The Recipe Critic) 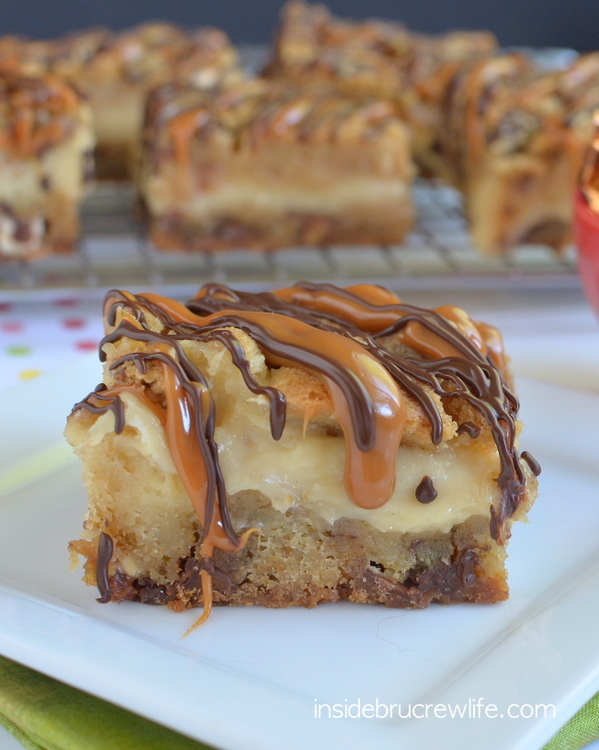 These delicious cheesecake bars taste just like chocolate caramel candy apples… but with a special emphasis on the chocolate part, since they’re actually made with Milky Way bars!(Source: Inside BruCrew Life) 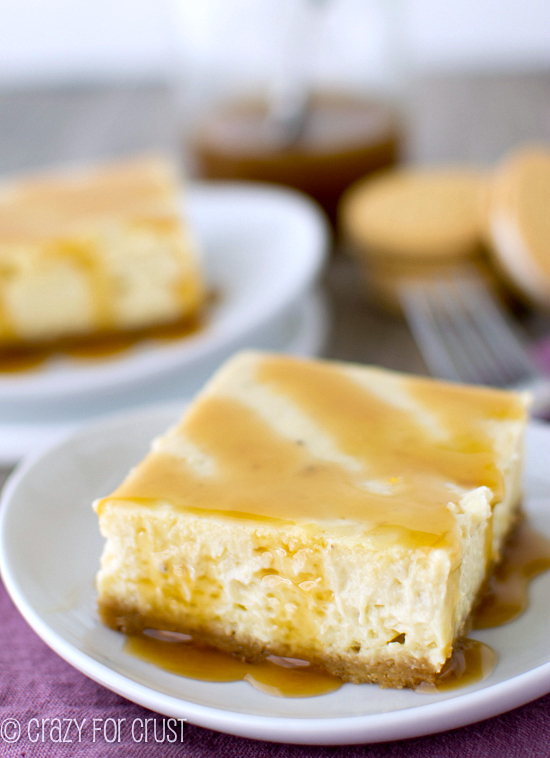 The delicious fruity banana flavour of these bars perfectly balances the richness of cream cheese. You’ll love that the crust is made of crushed golden Oreos!(Source: Crazy for Crust) 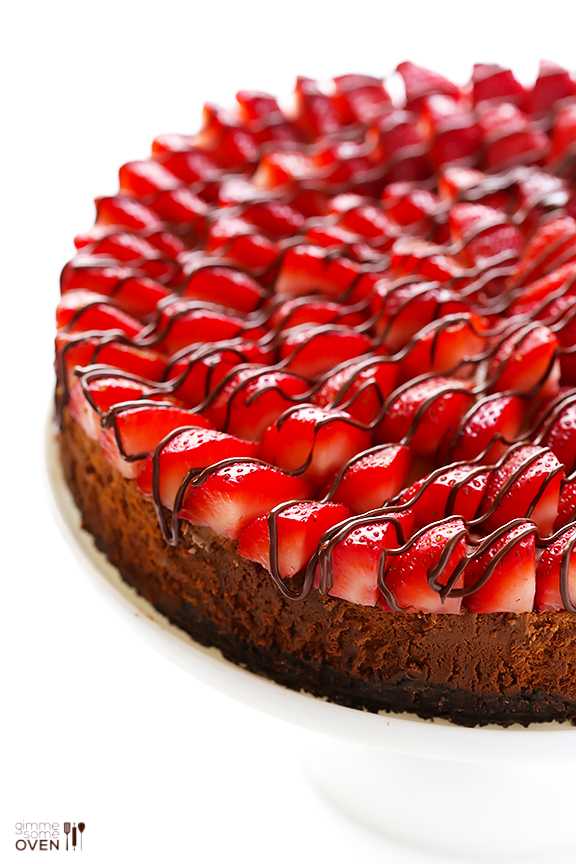 Nothing goes together quite as well as fresh strawberries and chocolate hazelnut… except maybe those two things and chocolate cheesecake!(Source: Gimme Some Oven) 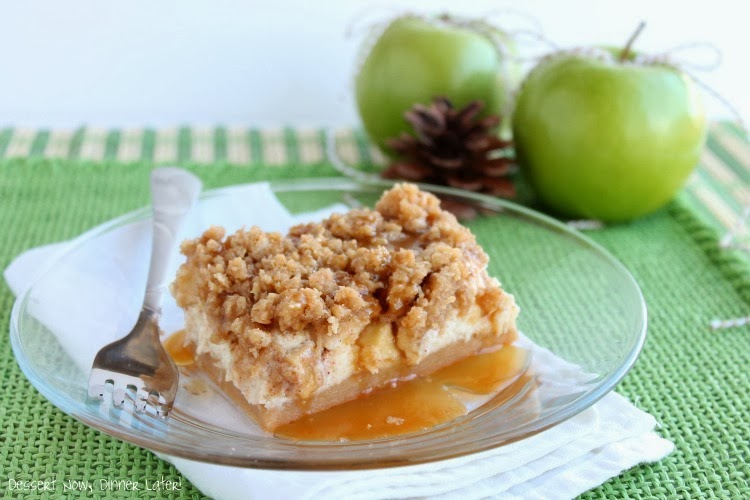 Fragrant apple crumble is a delicious treat, but it’s a bit heavy and hot for the warmer weather we’ll be getting soon. Get that same delicious caramel apple flavour by making this awesome cheesecake instead!(Source: Dessert Now, Dinner Later) 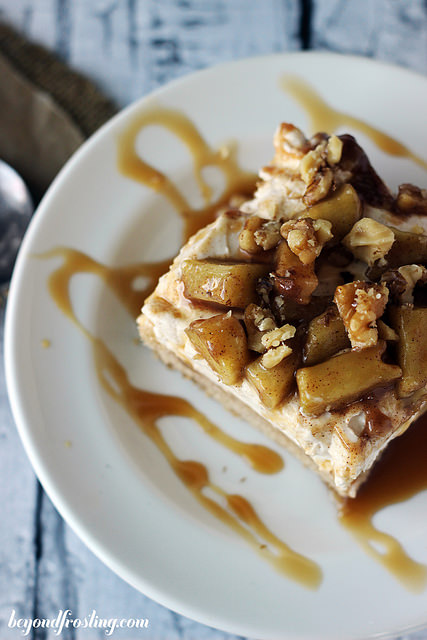 These delicious bars are a great summer alternative to actual hot apple pie. With the addition of maple flavour, they’re also a totally new level of taste!(Source: Beyond Frosting) 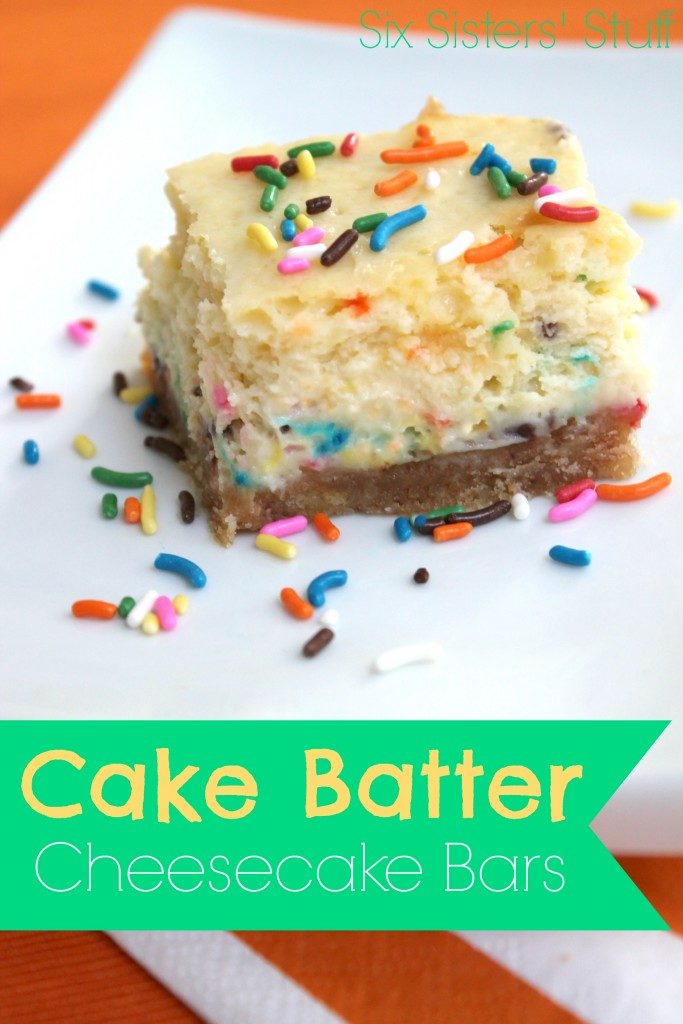 These bars are perfect for people who want a traditional birthday treat, but just adore cheesecake too much to pass it up completely on their special day!(Source: Six Sisters Stuff)

Do you have another favourite unique cheesecake recipe that you don’t see here? Tell us about how you make it in the comments section!