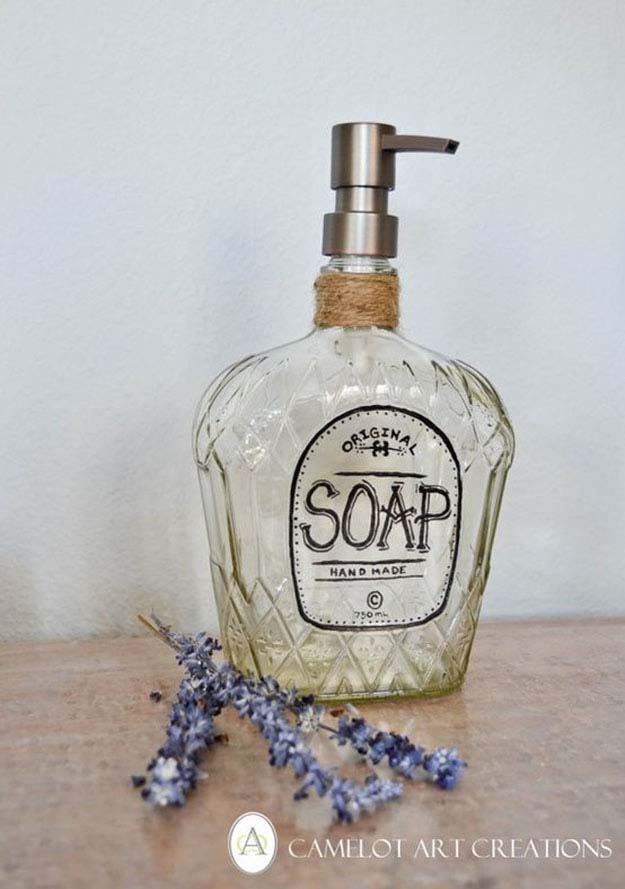 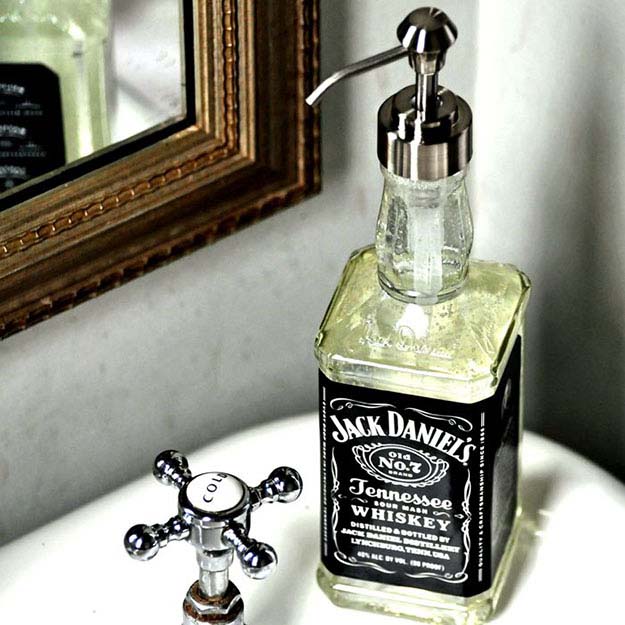 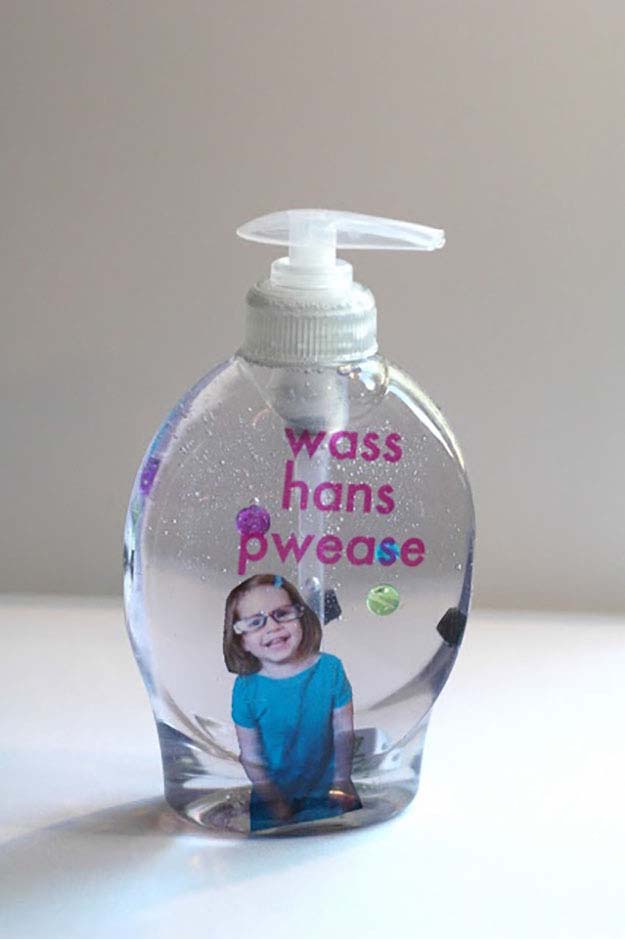 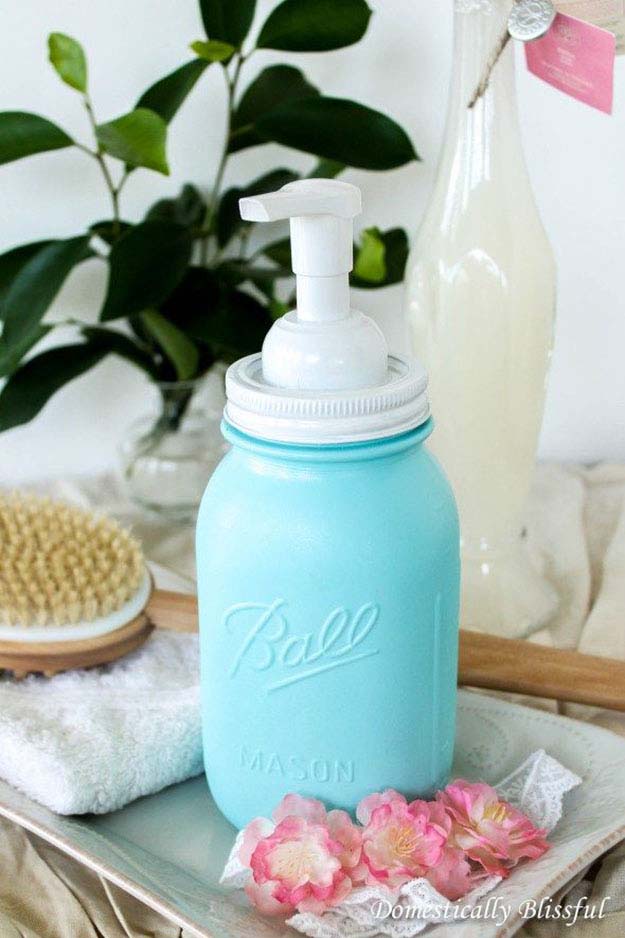 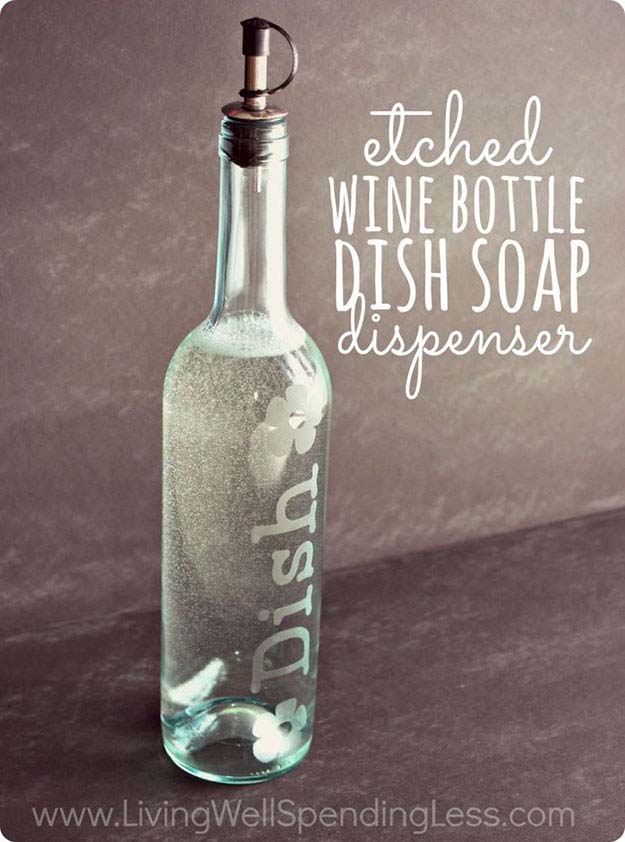 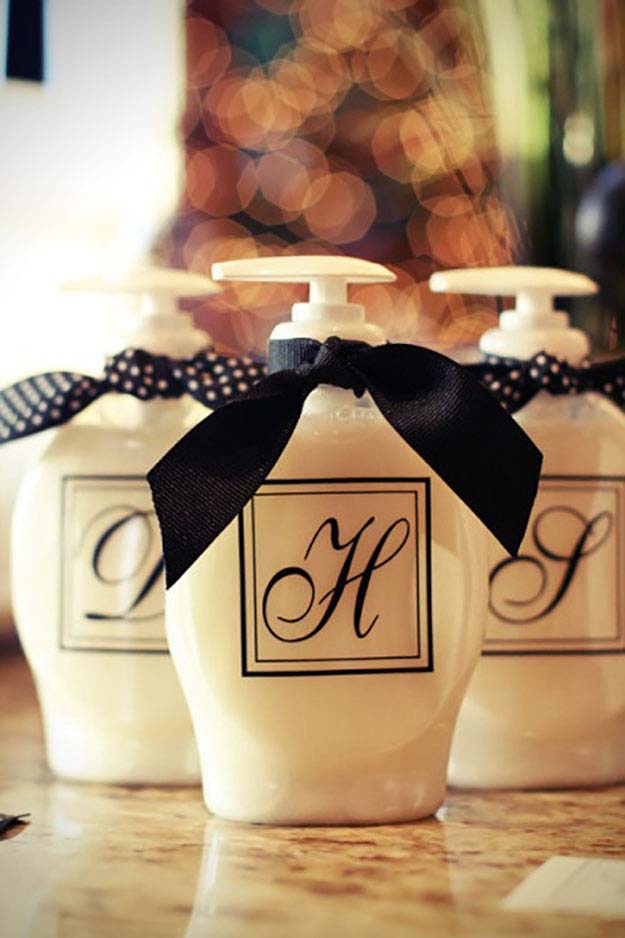 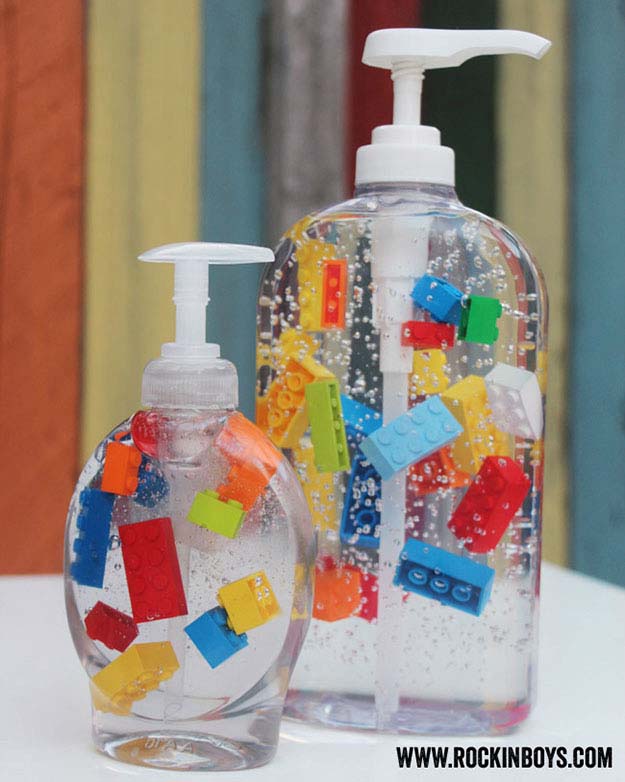 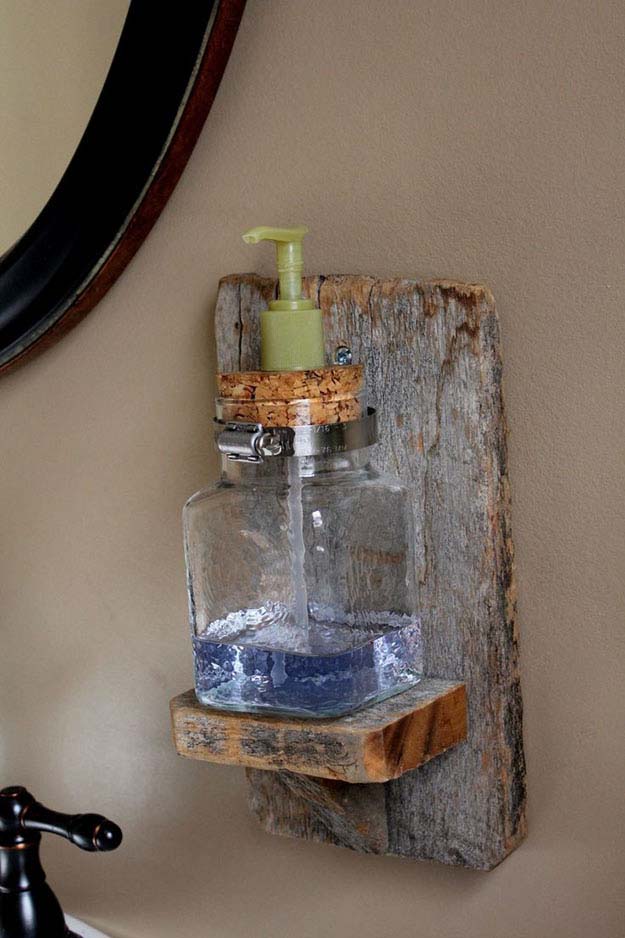 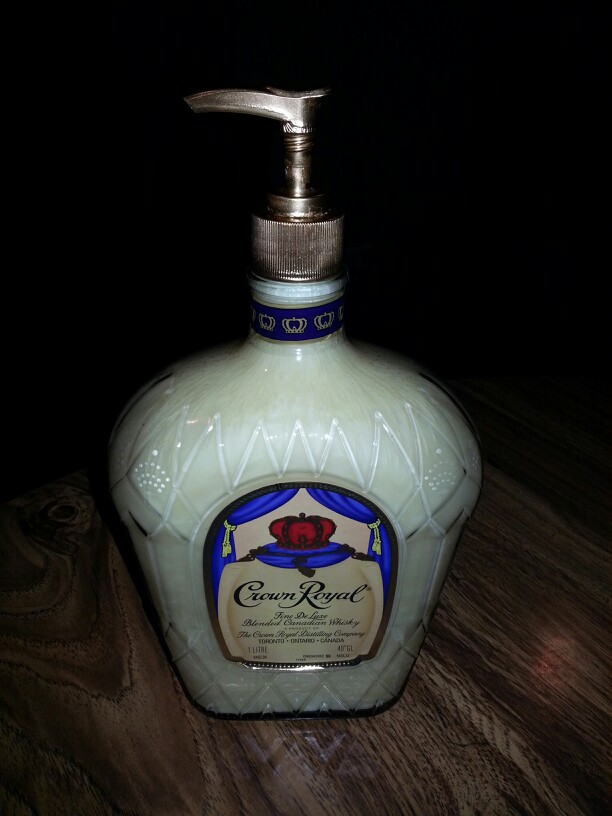 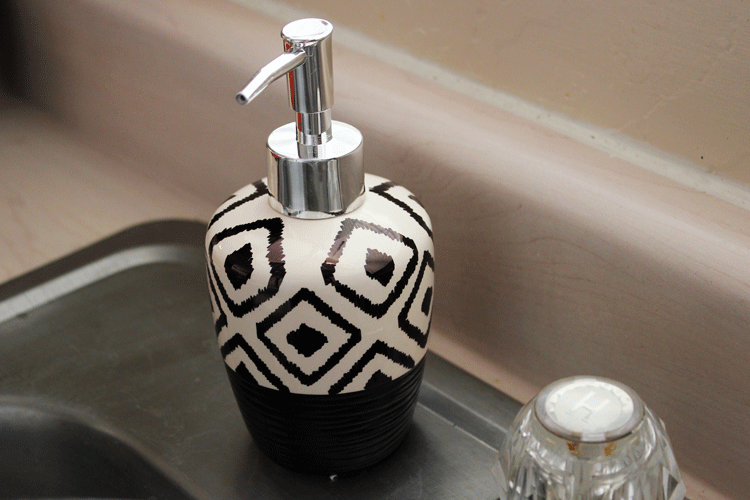 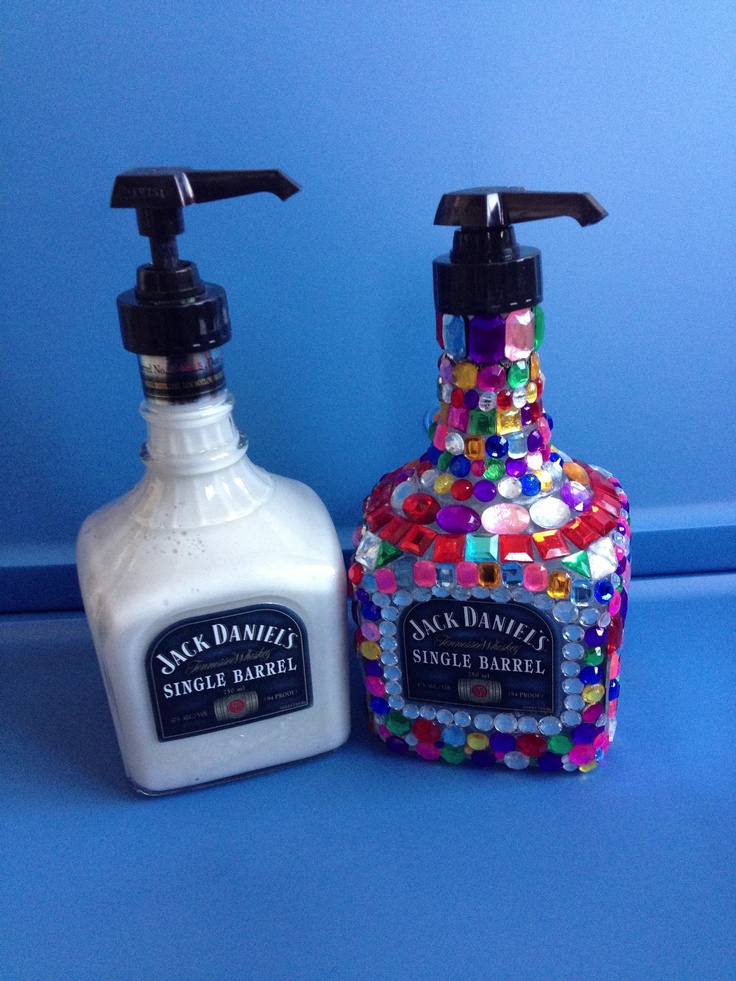 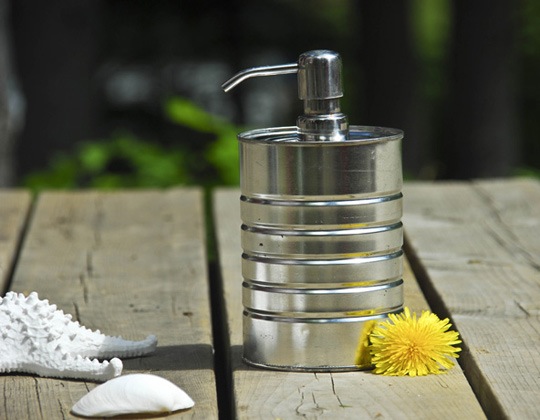 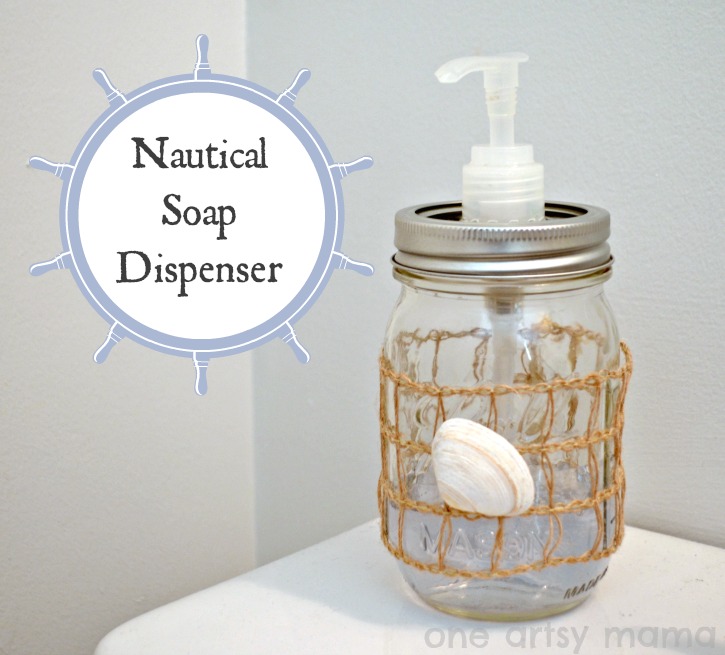 Do you feel the sudden urge to start updating one of your bathroom spaces, but you’re not sure you’re ready to take on an entire renovation project right now? Perhaps you’re living in a rented home and you can only make certain changes in order to give the space a new look? In those cases, we’d recommend making subtle changes in layout and decor in order to make the bathroom feels like new without having to actually change anything too dramatic! Changing several little details around the room can really go a long way, and it’s easier than you might think when you have so many DIY and crafting skills at your disposal. To start, pick a part of the bathroom and make something new for it! Keep it simple, like updating your soap dispenser.  Did you know there are plenty of awesome DIY options for making over something as simple as a soap dispenser?

Check out these 15 crafty soap dispenser crafts that will kick off a creative chain reaction in your bathroom until you’ve eventually give the whole place a decorative face lift!

Whether you drink the tequila, give it away, or beg the pre-emptied bottle from someone else, a cleaned out Patron bottle makes a great soap dispenser! Because of its distinctive shape people will probably recognize what it is on sight, so Camelot Art Creations suggests using a fine permanent marker to create your own Patron style “label” that replaces the tequila information with that of hand soap. It’s kitschy, but it’s cute.

Design Mom suggests buying a simple, plain glass dispenser from the local craft or dollar store and using glass etching techniques to monogram it. These little dispensers make great personalized house warming gifts, especially if you tie them up in a cute ribbon and pre-fill them with lovely smell, colourful soap.

Perhaps Patron isn’t your thing but you’re pretty sure you have a nearly empty whiskey bottle in the side board? Use the last of it to make someone (or yourself) and friendly drink and then clean it out and fit a pump spout on the top! We like how it looks leaving the original label on, like  Curly Birds did with this Jack Daniels bottle soap dispenser, but you could switch it out for a custom one or take it off all together if you wanted.

Crafter Hours guides you through the process of plastic printing a photo that will withstand being submerged in soap so that you can make a custom photo display soap dispenser from a regular plastic or glass store bought one. Just remember to fill it with clear soap or the little picture inside will disappear completely!

Paper n’ Stitch suggests spray painting a regular store bought glass dispenser metallic silver, but taping a circle of the glass off before you start to keep it clear. This looks visually appealing once it’s dried and you’ve peeled the tape off, but it also helps you keep track of when the soap needs to be replaced, like a little window.

If you’re looking to recycle mason jars from your collection, here’s a cute way to take care of at least one! Domestically Blissful suggests using glass paint or all surface paint to colour the whole jar. Their tutorial also shows you how to fit the pump spout into the mason jar lid in the top. We think the finished product is slightly shabby chic and adorable!

Remember the glass etching techniques that we spoke about with the little glass soap pumps earlier? Well, you can use those same techniques to upcycle a glass wine bottle into a tall soap dispenser too! Because the top of a wine bottle is thinner it might be less likely to fit a pump top, so Living Well, Spending Less turned it into a dish soap dispenser instead!

Crafty Southern Mama shows you how to use stencilling techniques to monogram simple store bought soap dispensers and transform them into a cute party favour or personalized detail for the different family member’s en suite bathrooms in your home. Make them look extra cute by tying a complementary ribbon around the top after you’ve filled them!

This soap dispenser DIY is one that kids will love helping with! You can do this with regular hand soap or with clear hand sanitizer. Use the pump a few times so that some space clears out of the top and then simply pop some old or spare leg pieces in! Kids will love dropping the little pieces in and watching them float down slowly through the clear liquid! Check out how these ones from Rockin’ Boys were made.

Perhaps if you’re going to make your own soap dispenser, you’d like to go all out and make a dispenser stand too? Little soap dispenser wall hangers, like this stylishly rustic one by Hart’s Desire Photo, are great for sinks that don’t have a counter around them or a very thick edge to stand toiletries on. We love this reclaimed wood and cork topped detail in this DIY design.

Just in case neither Jack Daniels nor Patron are your style, here’s another liquor bottle alternative from Pinterest! A cleaned Crown Royal bottle filled with white soap, however, looks almost exactly like Crown Royal’s vanilla and maple cream liqueur products, so just make sure you remember to put the soap dispenser pump on rather than the Crown Royal lid, or someone might drink it!

Have you ever made customized coffee mugs or porcelain plates using the Sharpie and bake method? That’s essentially what you’ll do here to create these cute custom patterned soap dispensers by Honeybee Vintage. Sure, the dispenser itself was purchased from the dollar store and not fired in your own kiln, but you can give it your own DIY flair with a bit of Sharpie artistry!

Do you like the idea of a whiskey bottle soap dispenser, but you think the previous idea that kept the classic Jack Daniels style is just a little too plain for you? Follow in A Lion’s Nest‘s footprints and grab your glue and rhinestones! Covering the surface of the bottle in rainbow stones will certainly brighten up both the bottle and the room. Just make sure you’re using a strong all surface glue that will actually adhere to the glass!

Is the bathroom aesthetic you’re going for a little more shabby chic and reclaimed than rhinestones or bright paint? Apartment Therapy suggests making a completely DIY’d soap dispenser from a pre-made soap pump (you can purchase these at craft stores and some dollar stores) and an emptied, cleaned out tin can. We love the simplicity, both in construction and look!

Did you love the mason jar idea but you’d like it to be a little more on theme? One Artsy Mama shows you how to use fine jute string and some seashells to create a nautical mason jar soap dispenser that will look adorable in just about any bathroom, even if it doesn’t have an established seaside or beach theme yet.

Do you know someone who’s been thinking about updating the fine details in one of their bathrooms? Share this article with them to give them a simple starting point!

How To Make a Pin Cushion Jar – Video Tutorial