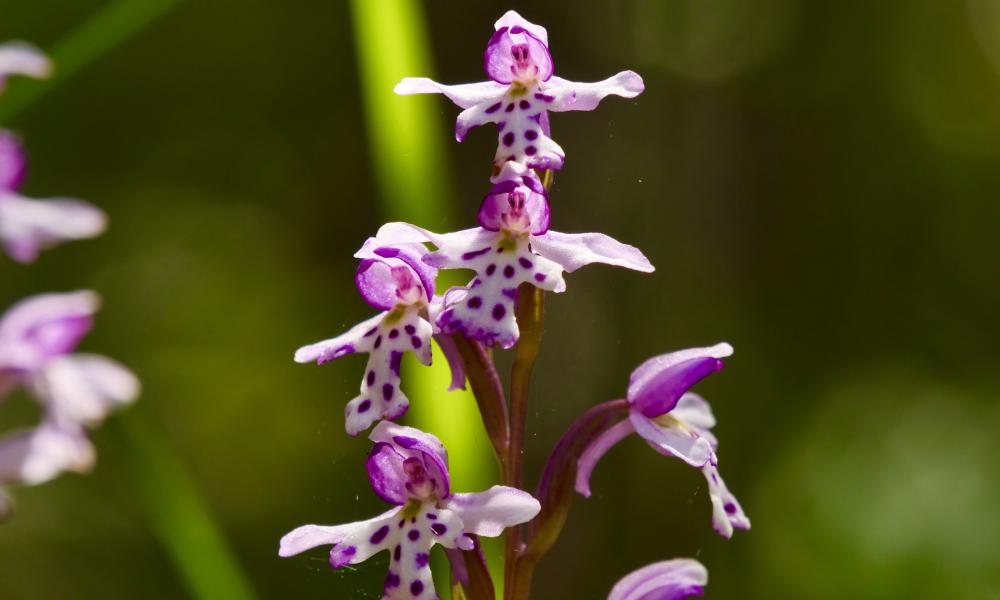 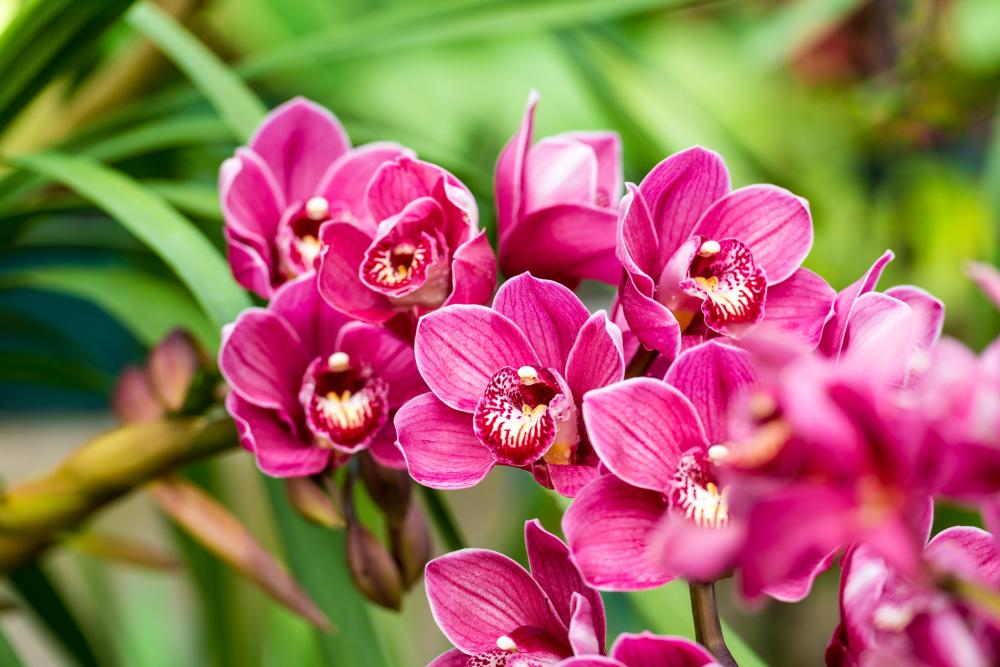 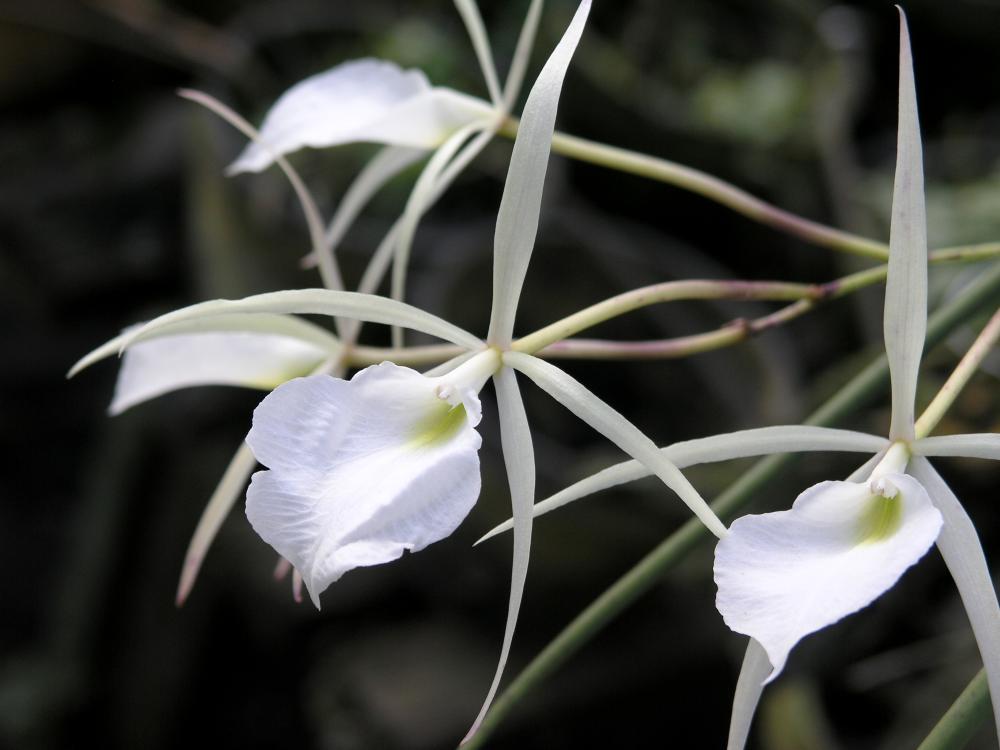 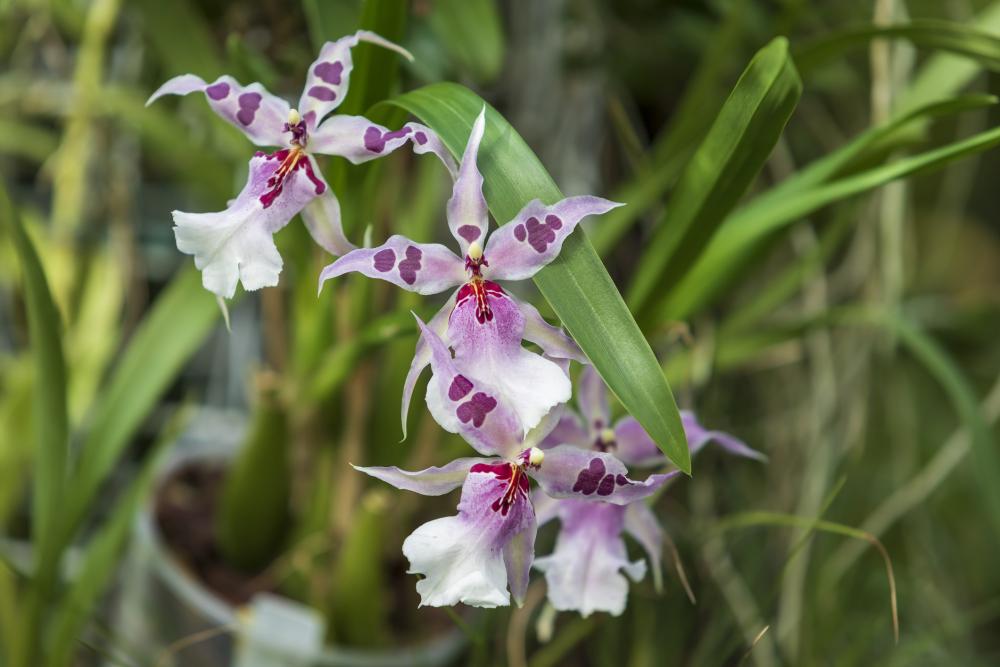 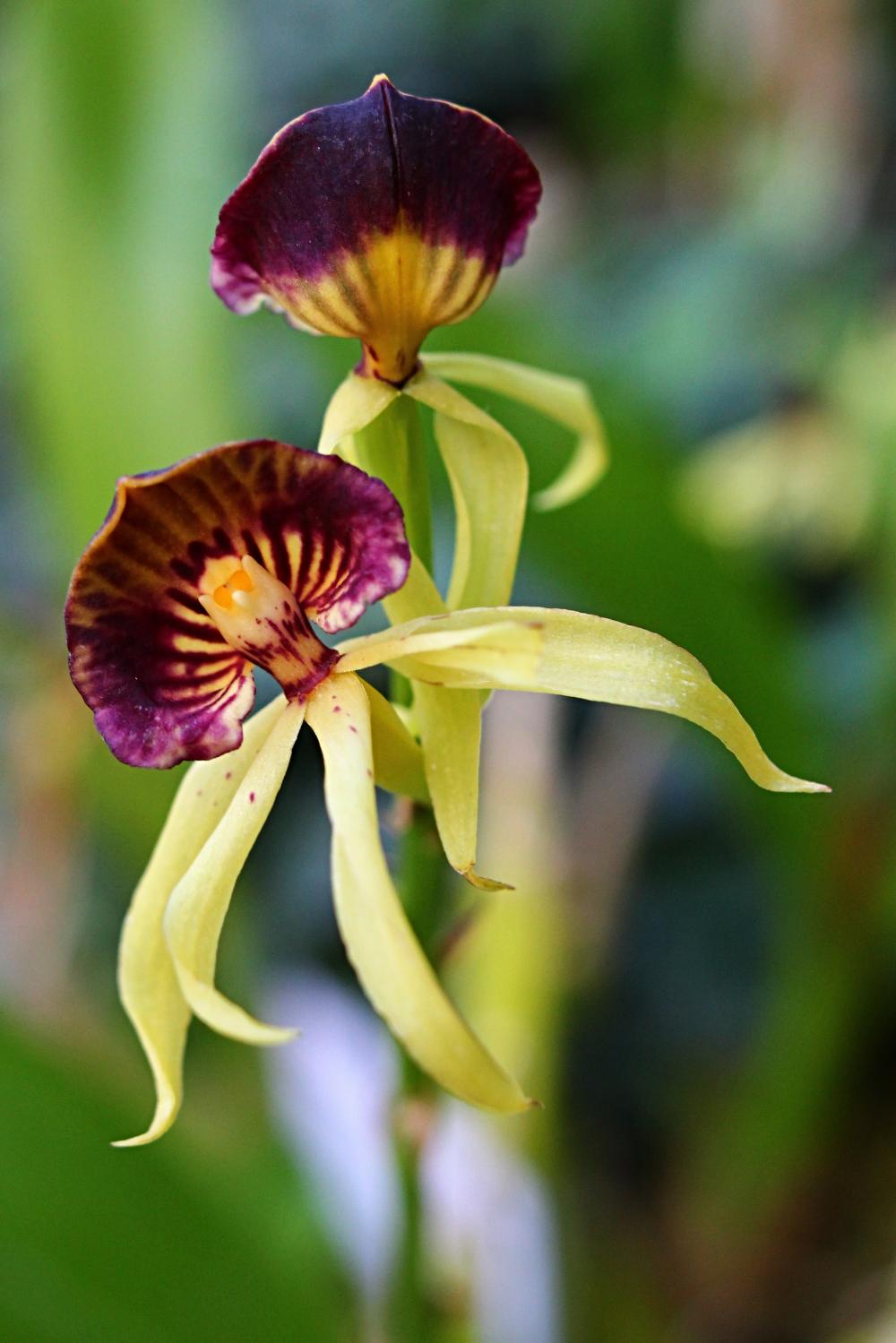 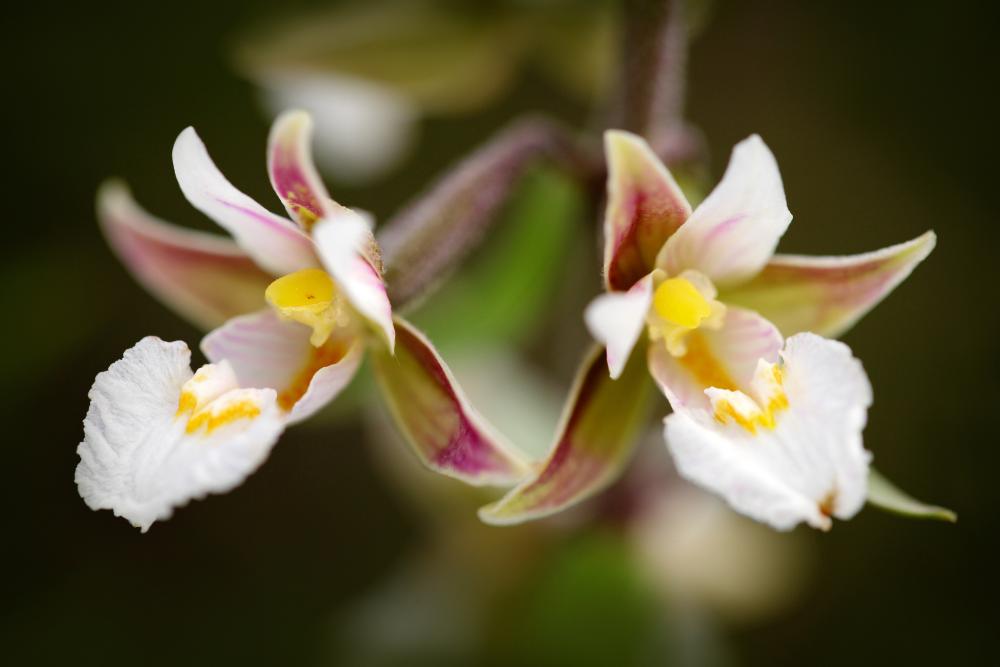 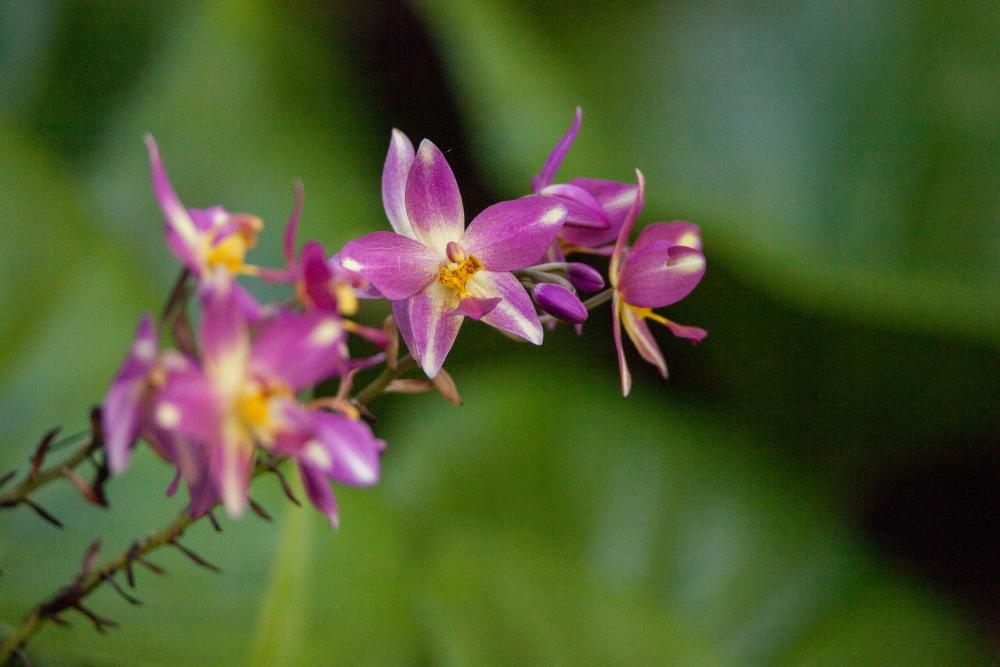 Orchids are the life of the party. If you wake up one morning, look at your garden, and feel like something is missing, that something might very well be orchids. And if you want to change the atmosphere in your home, make it more cheerful and introduce some dramatic colors to your setting, an orchid is the answer you’ve been looking for all along. 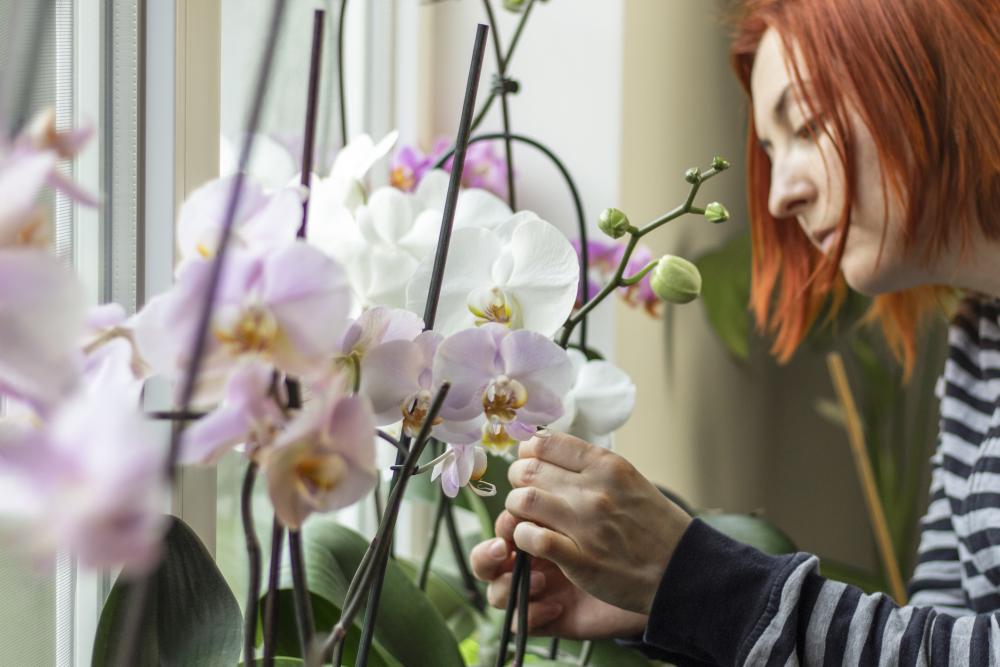 And once you’ve decided to go with orchids, there’s no turning back. These alluring flowers are quite addictive. But then you’re faced with a tough decision. Which orchid varieties to grow and which to leave out? Here’s a little life-saving tip: if you live in the right zone and can grow orchids both indoors and outdoors, then you can try as many orchid varieties as you like. There’s no limit to the number of orchids you can grow and the only factors that will keep you in check are the available space and your imagination. Read on to get a closer and more personal look at the wondrous world of orchid varieties.

Out of the thousands of orchid cultivars and less than hundreds of natural species,b really stand out. As a genus, there are about 80 species that belong to it and a few hundred hybrids. If they have one thing in common is that they are real showboats. These are not the kind of orchids that blend into the background and lurk at the corner unnoticed. These are orchids that take center stage and demand your time and attention.

And it’s not just the bright colored flowers with their unique patterns of stripes and spots. Many of the hybrids have variegated leaves and leaves covered with stripes as well. It’s a carnival of colors in full display.

Another thing that all the cultivars and species of this genus share is the shape of the flowers. They look like dainty and colorful slippers. It’s why these orchids are sometimes called “Slipper orchids.” And you can grow them easily in soil indoors. If you live in warm zones where the summers are long, hot, and humid, you can plant them outdoors as well.

However, they’re quite particular about the type of soil you use in the pot. Regular soil will not do. Instead, you’d have to fill the pot with a commercial terrestrial orchid potting mix. If you prefer to make your own potting mix, add equal portions of perlite, sphagnum moss, and shredded fir bark. You can use coarse sand instead of perlite if you like. Just don’t use soft sand which is dense and makes the potting mix more clayish. You’ll also need to repot the plant once every two to three years as the potting mix becomes depleted of nutrients and the bark breaks down. Indoor growing and indirect light are ideal for the orchids.

This genus of orchids is native to Latin America. Some varieties will grow at the top of canopies and enjoy plenty of sunlight, humid weather, and warm temperatures. Others prefer partial shade and dappled light and so they grow at the base of large trees. And then there are those hardy orchids that grow on top of rocks and other debris. To say that Catasetum orchids are not finicky or demanding is an understatement.

And while different hybrids and species of this orchid genus have different colors and even sizes when it comes to the blooms, all of them tend to have waxy and fleshy flowers. The mature plant will grow either male or female flowers at a time. Interestingly, the growing conditions around the plant such as the amount of light it gets and how much humidity is in the air around blooming time will determine whether the flowers be male, female, or hermaphrodites. So there’s a lot to learn when you grow these delightful orchids.

As deciduous plants, Catasetum orchids tend to shed their leaves after the last flower has faded then go into dormancy. During those dormant months, you don’t have to water, feed, or care for the plant as you wait for it to come out of dormancy.

And just like Paphiopedilum Terrestrial orchids, these orchids need a special potting mix to grow and thrive. The main component of such a potting mix should be sphagnum moss. Most varieties require 8 hours of direct sunlight during the growing season. So placing them on a window sill facing the west or south is a good idea. If you’re growing them in the garden, make sure they don’t fall under the shadow or a larger tree that keeps in a perpetual shade during the bloom season.

Unlike other showy orchids, Brassavola orchids are more subdued both in terms of color and size of the flowers. For the most part, you’ll get a one-petal flower that is pure white. That single petal looks more like a scoop or a ladle with edges curved under it. But not being a grandstanding orchid doesn’t stop this modest genus from getting your attention with other means.

When the flower is in full bloom, it emits a strong and intoxicating fragrance that you can smell a few blocks down the road. The scent of the flower comes out at night, not during the day as is the case with other fragrant flowers. The reason for this nightly attraction is to get the attention of moths. As nocturnal insects, moths do a better job pollinating Brassavola orchids than other pollinators such as bees and hummingbirds.

Another reason to consider these orchids over more showy varieties is that their flowers stay in bloom for up to 4 weeks. They also have a long vase life, and your floral arrangements will look and smell much better with a few Brassavola orchids as the centerpieces. And since they only grow to about 10 inches in height at most, they make for the perfect houseplants.

Not all orchids favor hot and humid conditions and can only thrive in rich tropical soil. The Odontoglossum orchids prove this to be nothing more than a myth. As cool weather orchids, they grow on the mountainous ranges of the Andes and favor cold temperatures over tropical conditions. That said, this is not the only reason you’d be interested in the 100 or so varieties in this genus.

Their flowers are something to fall in love with at first sight. The rosy petals are dotted with pinkish patterns that vary from one flower to the next. And the center of the flower is bright yellow. All in all, the color palettes the Odontoglossum orchids dip their brushes in are both exquisite and dainty.

But before you jump into the foray and order your Odontoglossum orchid seeds online, you need to know about their demanding care requirements. For one thing, they’re easier to grow indoors where you have more control over the light, temperature, and humidity than outdoors. They need daytime temperatures below 75 degrees F. and nighttime temperatures between 55 and 50 degrees F.

As for the light, it can take sunlight as long as it’s not the intense afternoon light. Keep the pot on a window sill facing the north or east. Watering is frequent but light. Give the orchid enough water to get the soil moist twice a week and don’t let the soil go dry between irrigations.

The name here actually says it all. You’re going to grow an orchid with flowers that look a lot like clamshells. But these are not your typical whitewashed and sun-bleached clamshells that you can barely distinguish on the sandy beach. The Clamshell orchids are a feast of colors and fragrance. With a deep violet background and white patterns on the large and wide flower petals, this orchid knows how to get the attention of the audience. Under the splash of loud violet, lie yellow-green and tentacle-like petals that give the whole flower an other worldly appearance.

And the audience here are not humans. Rather, it’s the pollinators who do a good job pollinating the flowers and ensuring the survival of the orchid species. It’s no wonder that Clamshell orchids are some of the most exotic orchids to grow and they might cost you a dear penny to get your hands on one.

Native to the swamplands of Florida and damp forests of Central America, they don’t need soil to set their roots in. They’re actually epiphytic plants and will attach their roots to the trunks of trees or moss-covered rocks. As such the orchid relies on the air and rain to get all of the nutrients it needs.

Clamshell orchids have the same growing and care requirements as Odontoglossum Orchids. They don’t like direct sunlight and prefer east-facing windows. However, they tend to need watering less frequently than other orchid genera on this list. Avoid using tap water because of the chemicals in the water. Opt instead for rainwater.

Native to Europe, Epipactis orchids successfully adapted to the weather and soil conditions in North America and now you can see them growing in the wild as well as in the homes and gardens of the suburbanites. They first arrived in America in the early 19th century and immediately made themselves at home. And although they favor humid conditions such as swamps and river banks, they have no problem growing in damp forests or out of cracks in the curb.

If you plan to grow Epipactis orchids in your garden, keep them away from walls, fences, and underground pipes and plumbing. They have a stout root system that grows aggressively and fast. So that last thing you’d want is to get the orchid entangled with your walls or pipes.

The average plant in this genus will grow to about 3 feet high. Each stem bears up to 50 orchids at a time. The flowers bloom in the late summer or early fall.

Depending on the variety, you might get purple flowers, a little pinkish, or downright brown blooms.

Few orchid species are native to North American and Calopogon orchids are one of them. What this means for you as a gardener is that you won’t have to worry about the orchids finding it hard to adjust to the weather conditions or having little resistance to the pests and diseases in the area.

Calopogon orchids take the word showy to the next level. They have a wide variety of colors ranging from magenta to pink and even white. This might explain they’re more commonly called pink grass orchids.

They grow mostly in swamps and wetlands. As long as the soil is wet and stays damp, they’re happy to grow. So you might come across the orchids growing in a depression in the prairies. And you’ll need to replicate these wet conditions to keep the Calopogon orchids growing successfully. So if you have a pond at home, live near a lake, or have a perpetually wet patch in the garden, you can plant these orchids there. If not, you can always add them to your water garden.