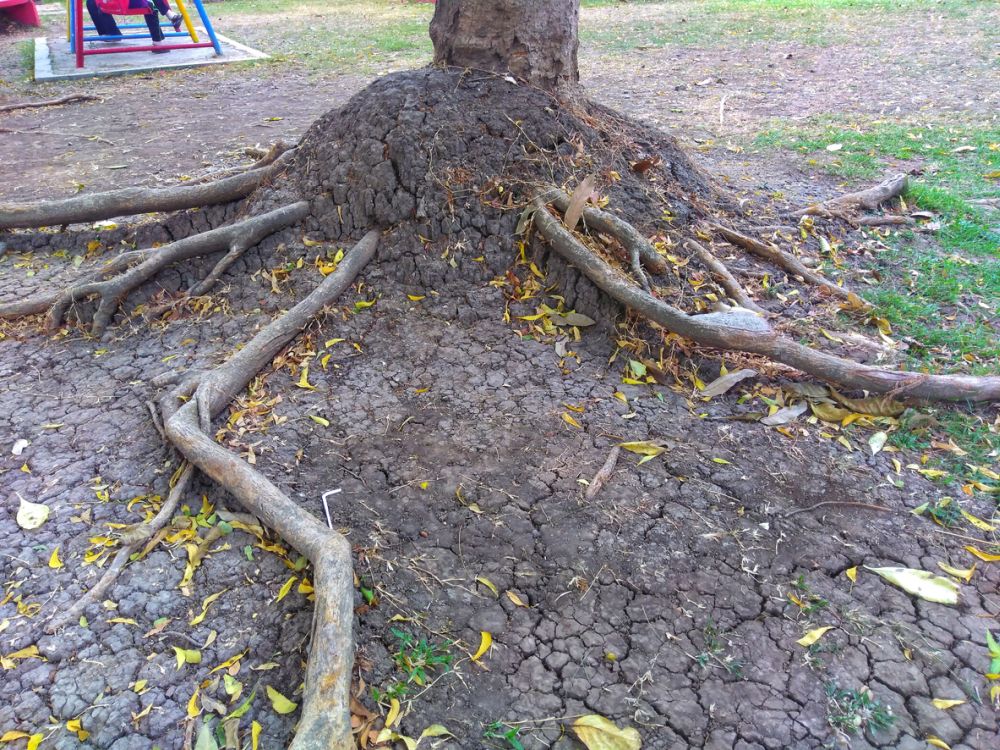 Invasive tree roots often extend further than you might think. Along the way, they meet underground pipes, wall foundations, and even sidewalks. But the determined invasive tree root system will not let anything stop its growth. The relentless tree would gut sidewalks, block pipes, and tilt the house sympathetically toward them. And all because you planted your sycamore tree or Southern magnolia too close to the house, fence, or road.

The problem with invasive tree roots is that by the time you realize you have an issue, the damage is often done. The sidewalk is torn apart. The drainage pipes are blocked and sewage has flooded the basement. As for the wall nearest to the tree, it’s already leaning at a precarious angle. It is often costly to fix the damage caused by invasive tree roots. So how would you avoid all these headaches? Let’s get to the root of the problem and uncover the most common culprit trees with invasive root systems.

Trees are known for their longevity. Over the years, their penetrating root systems keep spreading out in search of moisture and nutrition in the soil. The problem is, the roots of most trees grow closer to the surface than we might think. Instead of going deep into the soil, the root systems of some trees prefer to fan out horizontally. To complicate things further, certain tree species prefer to grow their sinewy roots not below but above ground. So it’s no wonder that the damage that invasive tree roots cause affects buildings as well as infrastructure.

Most underground pipes are too solid to allow invasive tree roots to break them. However, the aggressive roots can apply enough pressure on the pipes to cause cracks. The tiny roots then make their way inside where they soon fill up the cracks then block the pipe. Poplars and willows in particular favor the moist conditions inside the drainage pipes. And since there’s a lot of nutrition there, the tree will direct most of its root growth in that area. By the time your plumber pinpoints the blocked pipe, you’ll find that the roots are too big to remove.

Invasive tree roots have had a bad reputation for causing damage to foundations and causing the collapse of walls or even the whole house. But under close examination, it turns out that the roots are not the real culprit here. On their own, the tender roots are not capable of causing cracks in the house foundations. As is the case with underground pipes, an external factor has to start the crack that the roots take full advantage of. Soil shrinkage is the reason the cracks appear in the foundation. If the soil is clay, then tree roots in the soil could suck the moisture out of the soil causing it to become dry which accelerates the shrinkage. This in effect would wreak havoc with the foundations of the house.

Whether it’s the pavement, sidewalk, driveway, or patio, planting the wrong tree nearby could literally upend the ground surface and everything on top of it. But what causes the tree roots to rise to the surface? Usually, this happens when the soil is too compact for the roots to grow there. So they spread near the surface where overtime the roots gain enough girth to breach the topsoil and leave a gaping hole in the driveway or sidewalk.

Luckily not all trees have such invasive root systems. The majority of tree species play nice either with the other trees or any surrounding buildings and underground infrastructure. That said, some trees don’t play by the rules and you need to think twice before you plant any of the following tree species.

An impressive tree that becomes a sight to look at in the autumn with its golden leaves. But if you look under your feet you might notice the early signs of cracks in the sidewalk or pavement. The roots of the silver maple tree are shallow and grow close to the surface. As the tree matures, the roots become monstrous. They break the top ground and extend for many feet becoming not just a nuisance but also a walking hazard. You can imagine what these robust roots would do to a sewage pipe or the foundation of the building. Experts recommend you avoid planting this tree on your property altogether.

You might know it simply as the magnolia. A large tree that spreads its canopy far and wide. But if the top of the tree is so impressive, imagine what the root system that supports this tree is like. One of the heaviest and complicated root systems, the magnolia has knotted roots that crowd out any other plants in the vicinity. The damage this tree with its invasive roots cause goes usually unseen under the surface. Clay soil dries out fast, thanks to the voracious roots, and puts a strain on the foundations. The roots of the magnolia are opportunistic and would exploit any cracks in underground pipes and could block or rupture them.

Given enough space and time, the willow will spread out its enormous root system about 40 feet in every direction. Anything that comes in their way gets destroyed, upended, or mangled. This includes pavements, patios, drainage pipes, and the innocuous road. So consider a different tree if you have a small garden. The willow tree is definitely not the best option for a backyard or a small lawn. This includes the various willow species such as the weeping willow, Austree willow, and the corkscrew willow. Experts recommend you avoid growing any species of the willow tree in your garden even if you have enough space. As we saw, their damage doesn’t just impact the above-ground but any underground structures as well.

The Bradford pear is a handful. By that we mean it’s not just its invasive roots that would give you a headache. This tree is every gardener’s nightmare. It grows too fast and too large for most gardens. It has flowers but they smell like fish. After the fishy flowers fade, thousands of thorny seeds float out of the tree where they land in the vicinity and proceed to sprout and cover the area. And if that’s not enough, the Bradford pear tree, large and mighty as it is, tends to explode in a windstorm sending splinters in every direction. So that’s one other species to avoid at all costs.

While they don’t live longer than 15 years on average, hybrid poplar trees don’t waste time expanding their impressive root system wherever there’s an inch of space to explore. This exploitative nature of this tree species makes it a risk near buildings, driveways, and underground pipes. If you’re wondering why the poplar needs to be aggressive underground, one look at the height of the tree gives you the answer. The tree grows straight up and it relies on a complex network of wide-spreading roots to keep it standing. These roots not only drive deeper into the ground but spread horizontally just as eagerly as well.

It’s safe to say that sycamore trees are only beautiful in the wild. On top of a hill or deep in the forest, they look majestic and sublime. But not in your garden where their leaves drop faster than the tree can grow them back. That’s not the only problem you might have with these deciduous trees though. As large trees that tower over buildings and other trees, they have an impressive root system to support them. That invasive root system turns sidewalks upside down, chokes the roots of other trees nearby, and gets inside water pipes causing blockages and ruptures. In short, you shouldn’t plant the sycamore in your garden or lawn no matter who spacious they are.

The roots of trees come in different shapes and sizes. Some trees such as the Norway maples have a complex root system that wraps itself around the base of the tree like a girdle. But if the self-inflicted damage of the Norway maple only impacts that stately tree, other species will literally go out of their way to damage your property. So what can you do about those invasive tree roots?