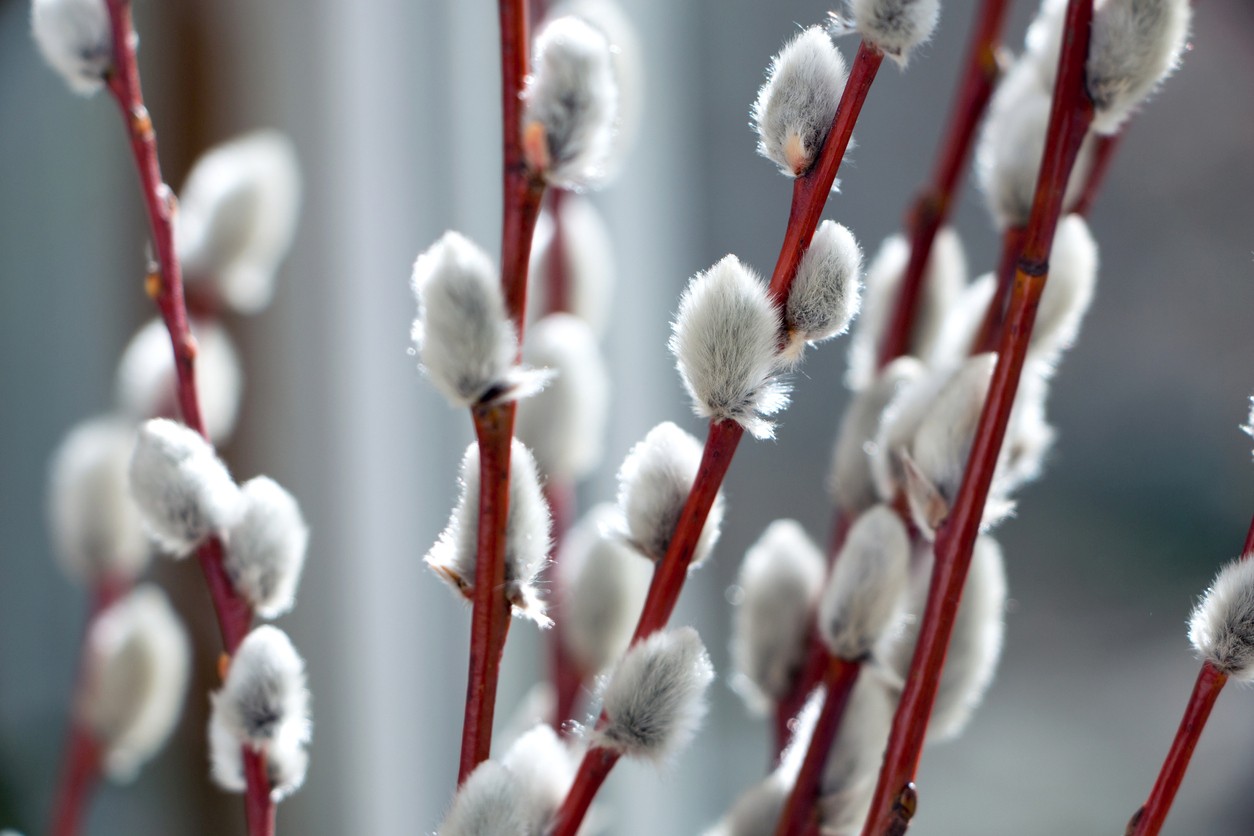 Fewer plants have such a dramatic name and even more dramatic effect on your landscape as the weeping pussy willow. Contrary to what the name might imply, there’s nothing sad or gloomy about this tree. In fact, it has the power to turn your garden or patio into a cheery and bright focal point. 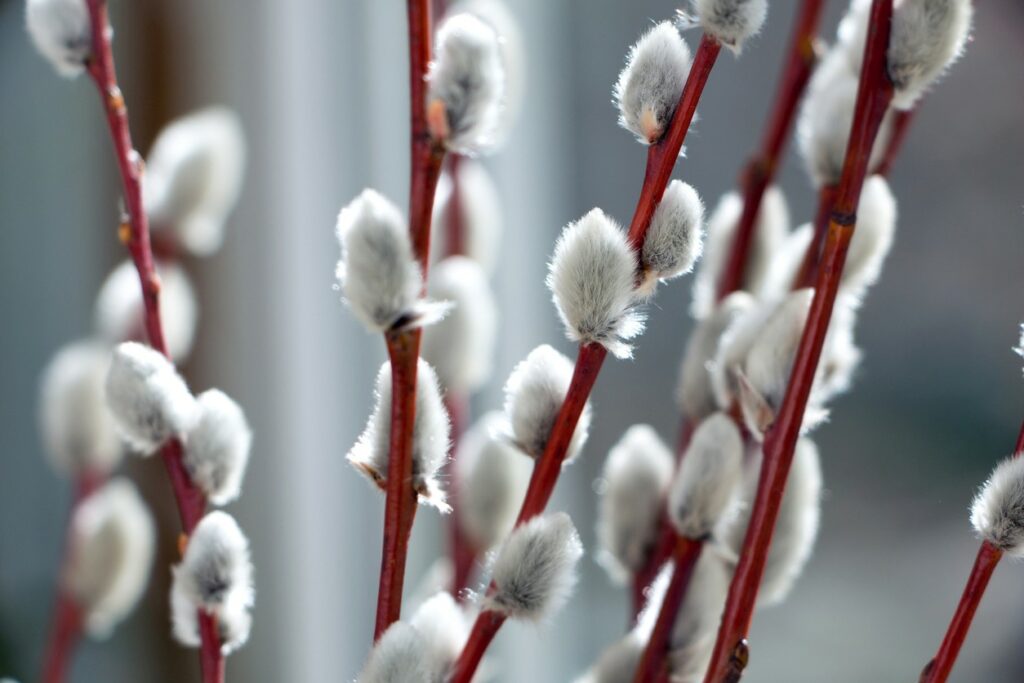 Come spring, and long before the weather has warmed up, the weeping pussy willows is the first to display its catkins to welcome it. They look like a rabbit tail and are just as smooth. So what does it take to grow this magical plant in your garden? Is it high-maintenance, or can you get by without dedicating hours of care every single day to make it look presentable?

The weeping pussy willow (Salix discolor) is known by many other names. Some call it glaucous willow, great sallow, goat willow, or even grey willow. But whatever name you call it, this compact tree is a wonderful ornamental solution for just about any space in your garden or yard.

Part of the Salicaceae family, the pussy willow is a deciduous shrub that is native to North America, Asia, and parts of Europe. It grows to a height of 6 to 8 feet and a width of 4 to 6 feet. But don’t let that intimidate you since you can still prune it and bring it down to the size and shape of your liking. This makes it one of the most versatile plants you can grow in a limited space.

But that’s not all. You can also cut the branches of this goat willow and create stylish arrangements to brighten your home and your day. The white and fluffy catkins which greet the spring look well in a vase on their own or with other flowers. It’s one of the earliest plants to bloom. If you plant a few branches with buds in the early spring, they will blossom in a few days.

The weeping pussy willow has a robust root system that spreads and goes deep into the soil. This makes it a perfect answer to the problem of erosion and landslides. Plant it on a slope or a hillside to protect it against shifting soil.

Even though most varieties of the weeping pussy willow start their life as a shrub, some if left unchecked will grow into sprawling trees. This is not recommended, however. Most of the time you’re planting this shrub for its landscaping uses, so pruning should be front and center. Some of the most popular species that you might consider include.

How to Grow a Weeping Pussy Willow

Since they grow mainly in wetlands, the weeping pussy willow needs lots of water and any kind of soil. The well-developed roots can handle waterlogged soil with pH levels that vary wildly. This makes them ideal for just about any spot in your garden that no other plant will grow in. So what do you need to grow the goat willow?

The area where you grow the willow can be anything from dense clay to loamy or even acidic. You don’t need to prepare the soil in advance or worry about poor drainage. Once you plant the branch, it will take root and start growing right in front of your eyes. That said, watch out for any walls or structures near the willow since the root system is robust and invasive. The same applies to septic tanks or water lines in the vicinity.

You’ll need to pick the right spot for the weeping pussy willow. It has to get plenty of sunlight since partial or full shade doesn’t suit it well. However, you can get away with some partial shade if the weather is hot and the sun floods the area for long hours. Avoid planting it on the north or east sides of your garden since these are the least likely places to get full sun.

The soil needs to be wet or at least moist all the time. If it goes dry even for a few days, that could prove fatal for your willow. So make sure to water it at least once a week during the spring and twice a week when the catkins show on the branches. Once the plant goes dormant you won’t have to irrigate it this often. Also, keep in mind that established brushes with access to underwater sources won’t need much watering.

While it can tolerate warm weather, the weeping pussy willow is more accustomed to the moderate weather in the US and Canada where the winters can become really cold. Ironically it grows faster in cold weather compared to the warm climates of the Mediterranean and sub-tropics.

During the first year of the willow’s life, it doesn’t need either organic or chemical fertilizers. However, once it starts to develop catkins and flowers, then you can use a well-balanced fertilizer or organic compost. Once a year is enough and the best time is around the fall. Spread the fertilizer in thin layers around the base of the shrub without touching the trunk. However, if you’re using a liquid fertilizer, you can sprinkle it anywhere since it has a mild effect on the shrub.

You might have noticed that the weeping pussy willow is easy to grow. You just plant it in a sunny and moist place and sit back and watch it. If the growing part is easy, the same cannot be said about the caring part. The willow branches are wild and grow beyond control if left unchecked.

How you choose to prune your willow depends on what you grow it for in the first place. If you want to use its branches and flowers in arrangements then you’ll need to apply coppice pruning, otherwise, it’s shape pruning.

Despite the many benefits of the weeping pussy willow as it neutralizes the soil and absorbs excess water, it still has its disadvantages. The leaves and flowers are on the menu for many herbivores from deer to rabbits, squirrels, and beavers. However, the biggest problem you’ll have is often with pests.

caterpillars, scale insects, and aphids are common pests. They eat the leaves, munch their way into the supple branches, and damage the meticulous design you worked for hours to achieve. You can apply neem oil or pyrethrin sprays to get rid of the infestation. Be wary of spraying the flowers since they’re more sensitive to chemicals than leaves or stalks.

Another enemy that leaves its mark on the willow is the willow leaf beetle. It feeds on the leaves and a few beetles can strip your willow down to the bare branches. You should use bacillus thuringiensis, or BT for short, to eliminate the beetles as well as any caterpillars that nest in the shrub.

Of the many diseases that afflict the weeping pussy willow, the following stand out.

6 Firebush Growing Problems And What To Do About Them

Japanese Ardisia – How To Grow And Care For Marlberry Shrubs

Cocona Care – How To Grow And Harvest Cocona