If there’s one thing we love about New Year’s Eve (and, let’s be realistic, there are really many things we love about it), it’s taking fun photos together with our friends while we celebrate! A few year back, we were inspired by a TV show to make all kinds of silly DIY props for our pals to pick up, wear, or hold while they took photos leading up to midnight and it was so much fun that we’ve actually kept up the tradition ever since. Because we host a party every year, however, we’ve taken to the Internet to get some inspiration, just to make sure we keep it creative.

Just in case you love the idea of making DIY NYE photo props for your guests to use just as much as we did, if not more, here are 15 of the very best designs, ideas, and tutorials that we’ve come across so far this holiday season! 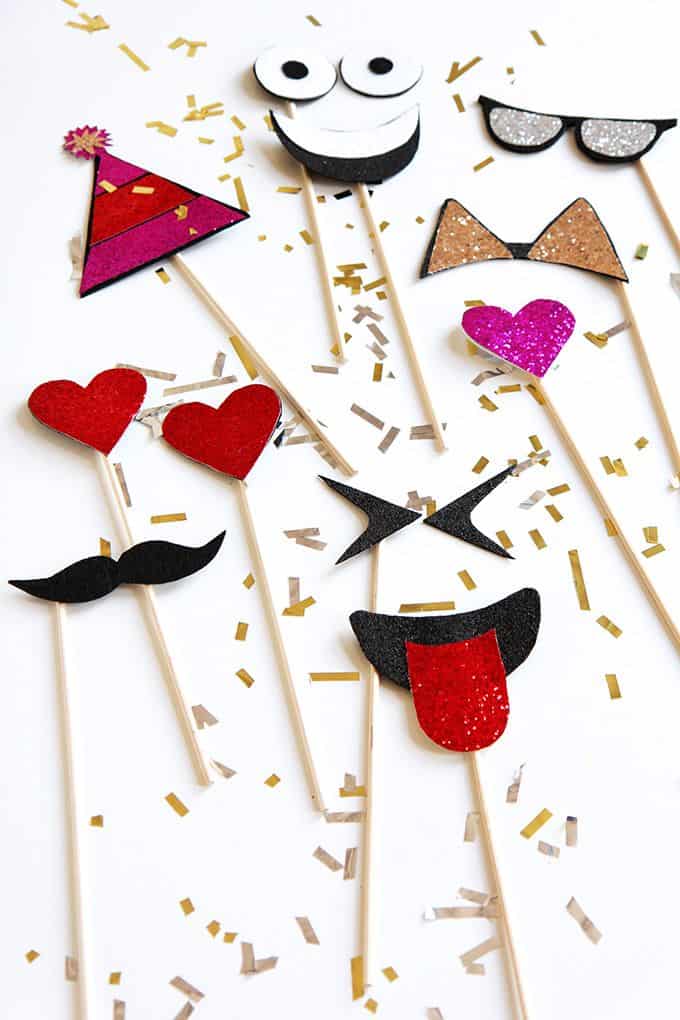 Who doesn’t love sending their friends a bunch of emojis on their phone? Emjoi shaped and themed things have been trending quite a lot in the DIY world in recent years, so it’s no surprise that this idea has been a popular one in the party props world too. Check out how these funny shapes and faces were made using wooden dowels and thick card or scrapbooking paper on I Spy DIY! 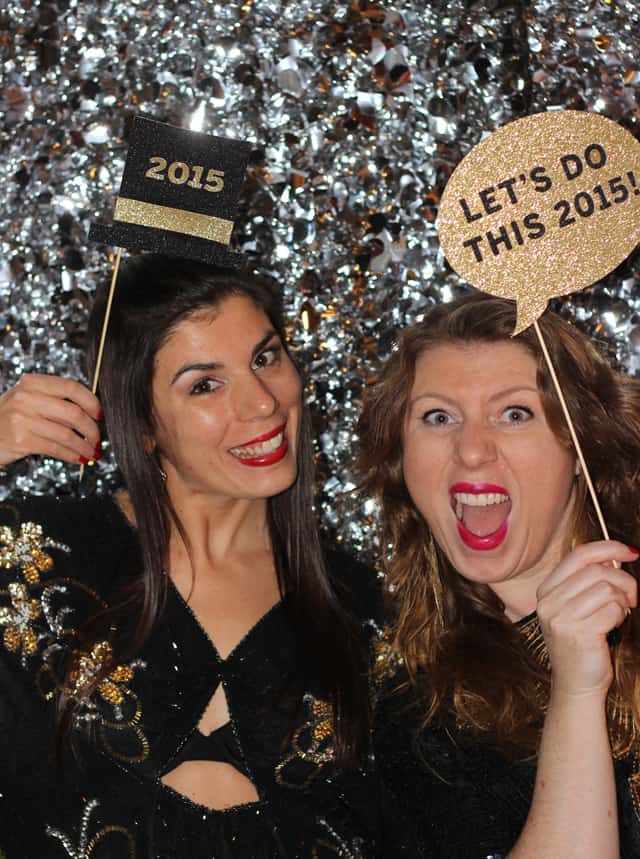 Would you actually rather create a set of festive props for your friends to use that are entirely sparkly, since you’ve noticed in past years that the ones with a bit of glitz and glam to them are always the ones that get used the most? Then we think you’ll get along a little better with something like these faux hats and speech bubbles from Kendall Jackson that are made entirely out of glitter paper! 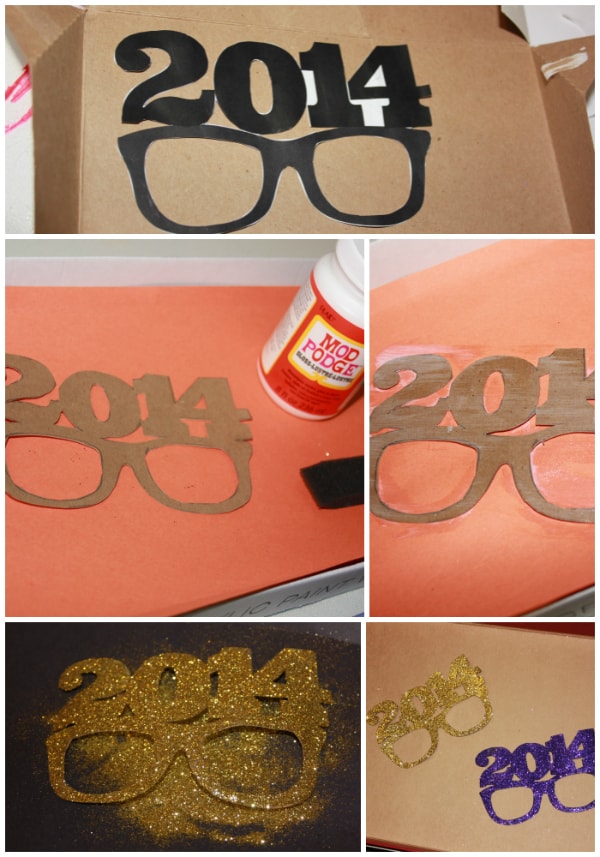 If you’re going to go through the trouble of making yourself a few photo props from scratch, would you rather make them a little more interactive? Then we’d suggest making something like these faux glasses that guests can pretend to wear without actually having to put anything silly on over their carefully style hair or clothes! Get the full details for making these on Coupons are Great. 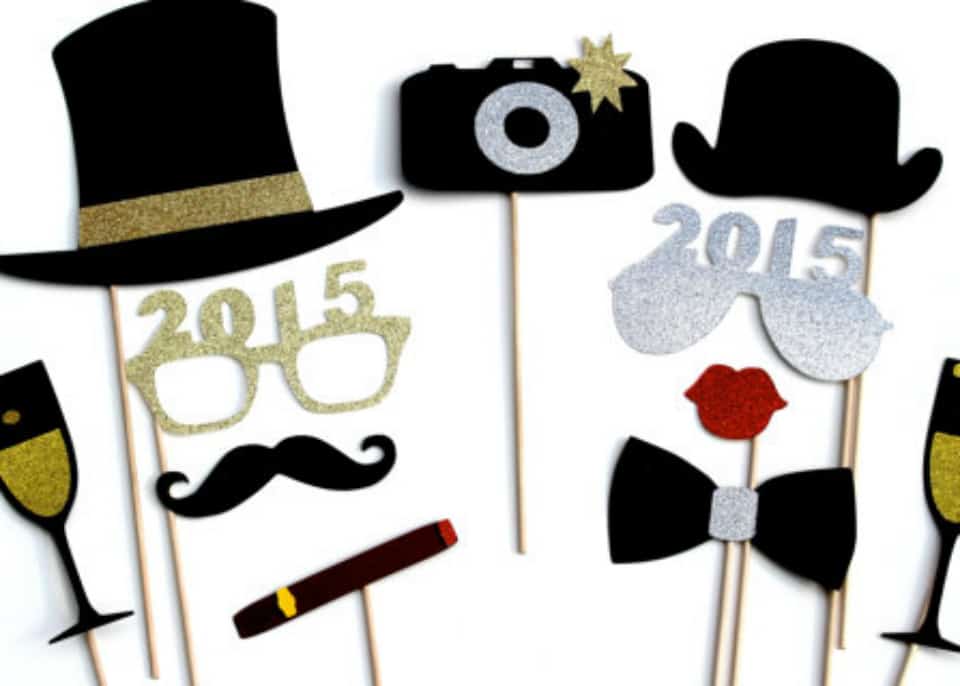 Are you actually hosting an all-inclusive party where your friends are encouraged to bring their kid along for the fun? In that case, we’d absolutely encourage you to make a few family friendly props as well! The Loop has a whole range of suggestions here, making sure that funny glasses, bowties, lips, and moustaches are great for kids while adults can also choose from cocktails and cigars later in the night.

5. Props made from foam paper 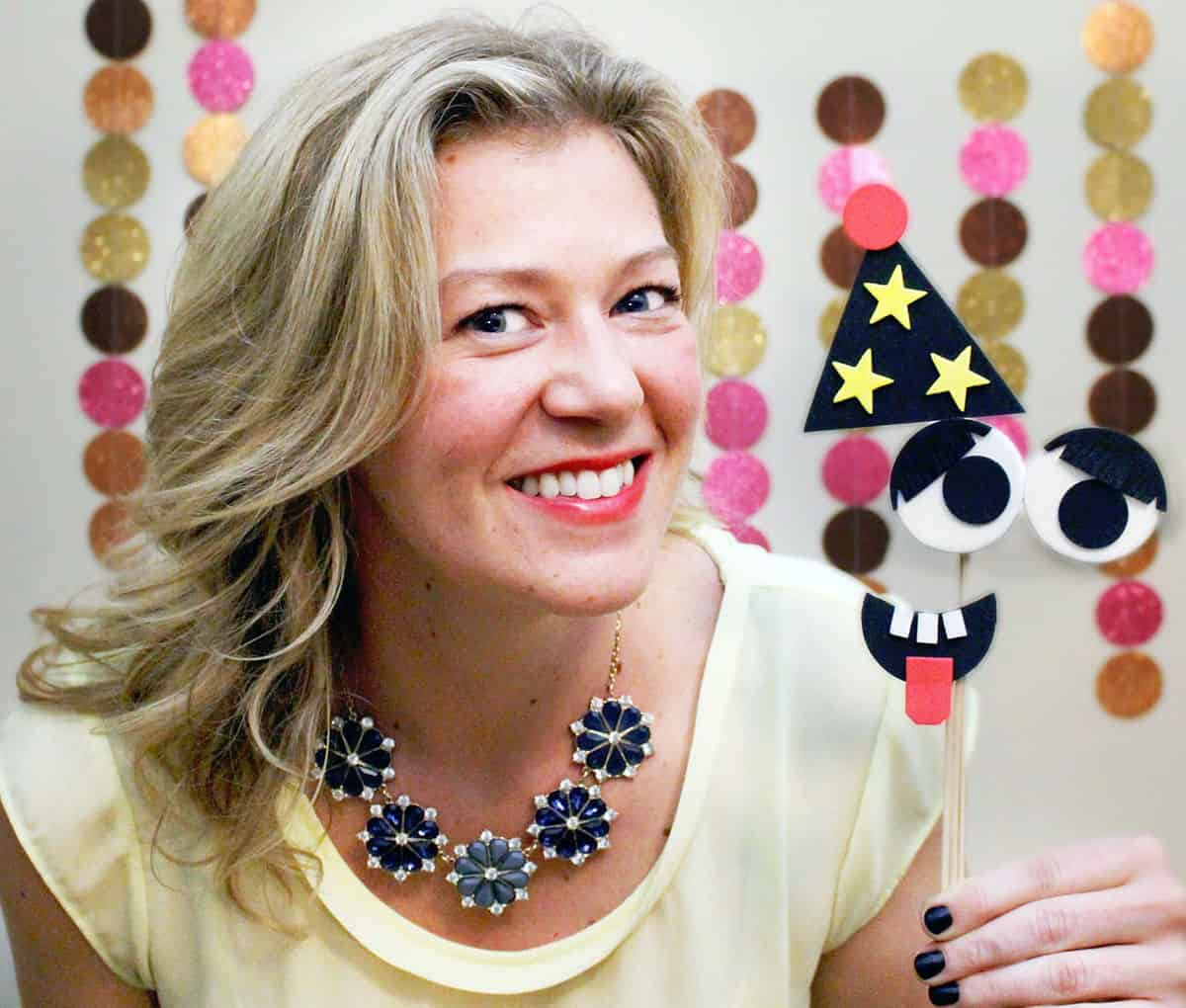 Would you rather prioritize durability over sparkle when you make your props because you just know they’re going to get handled a lot and tossed to the side by excited people when they’re finished taking their photos? Then follow in Fiskars‘ lead and keep them in better shape for the next people by making them out of foam paper so they have a bit of flexibility to them! 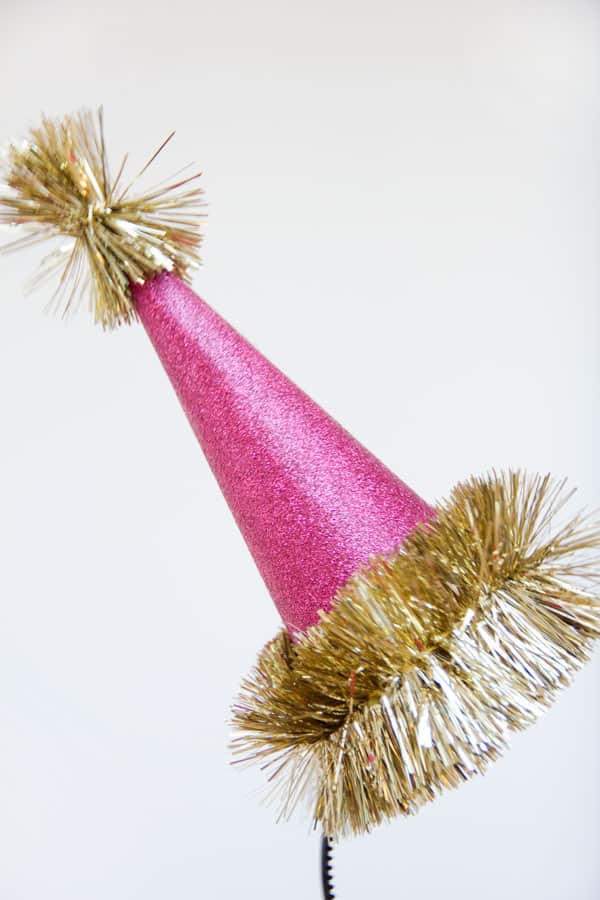 Maybe you’re convinced that your friends and guests won’t actually be too particular about their hair so you would rather make something funny that they can put on and wear in their photos or around? In that case, we have a feeling these sparkly, tinsel trimmed hairs featured step by step on Studio DIY might be a little more up your alley! 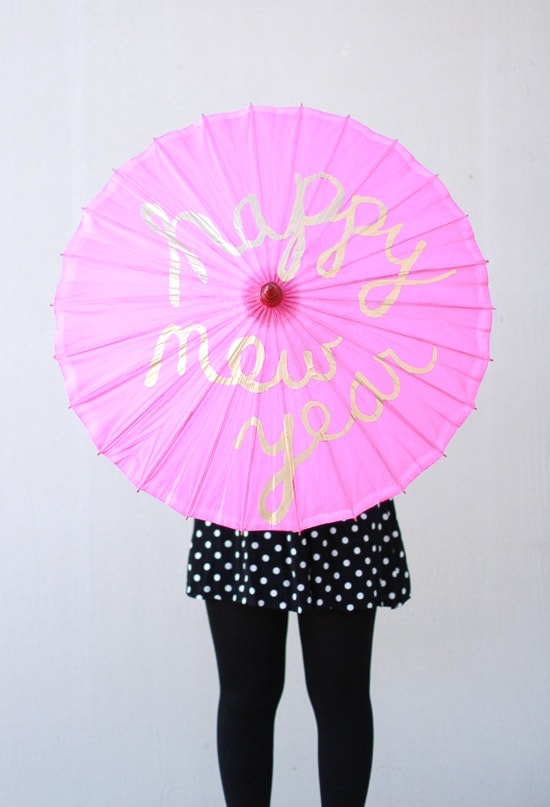 If you’re feeling a little more unconventional and creative, why not try something that’s entirely different by buying an awesome pre-made prop and customizing it for the occasion? We’re completely in love with the way Paper n’ Stitch painted a New Year’s greeting on the opened surface of a bright parasol, giving guests something very fund indeed to hold in their photos. 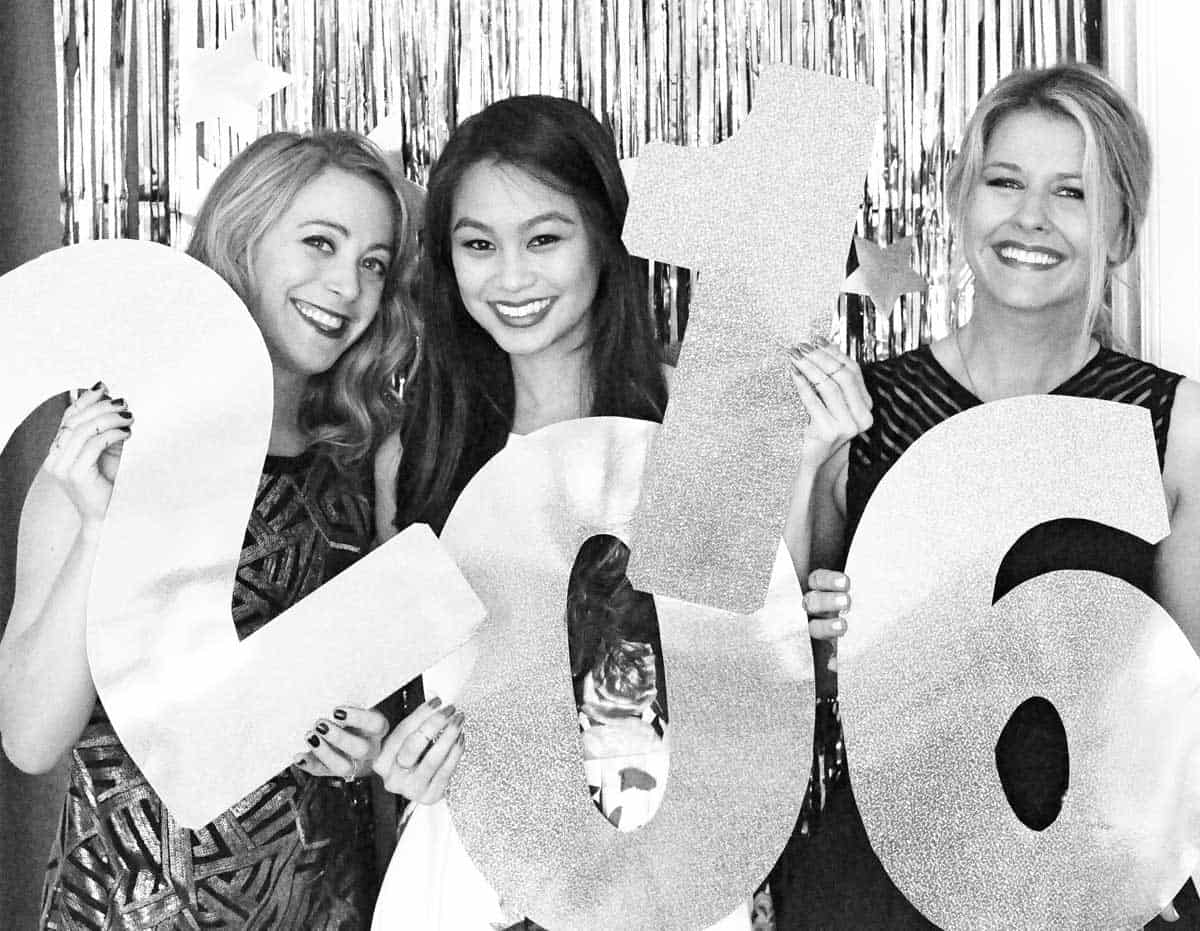 Everyone at the party knows what you’re there to celebrate but you might not remember which year you were ringing in when you look back on the photos years from now, so why not get those important numbers in on the action? A Side of Sweet guides you step by step through the process of making jumbo numbers for your guests to hold in photos out of glittery poster board. 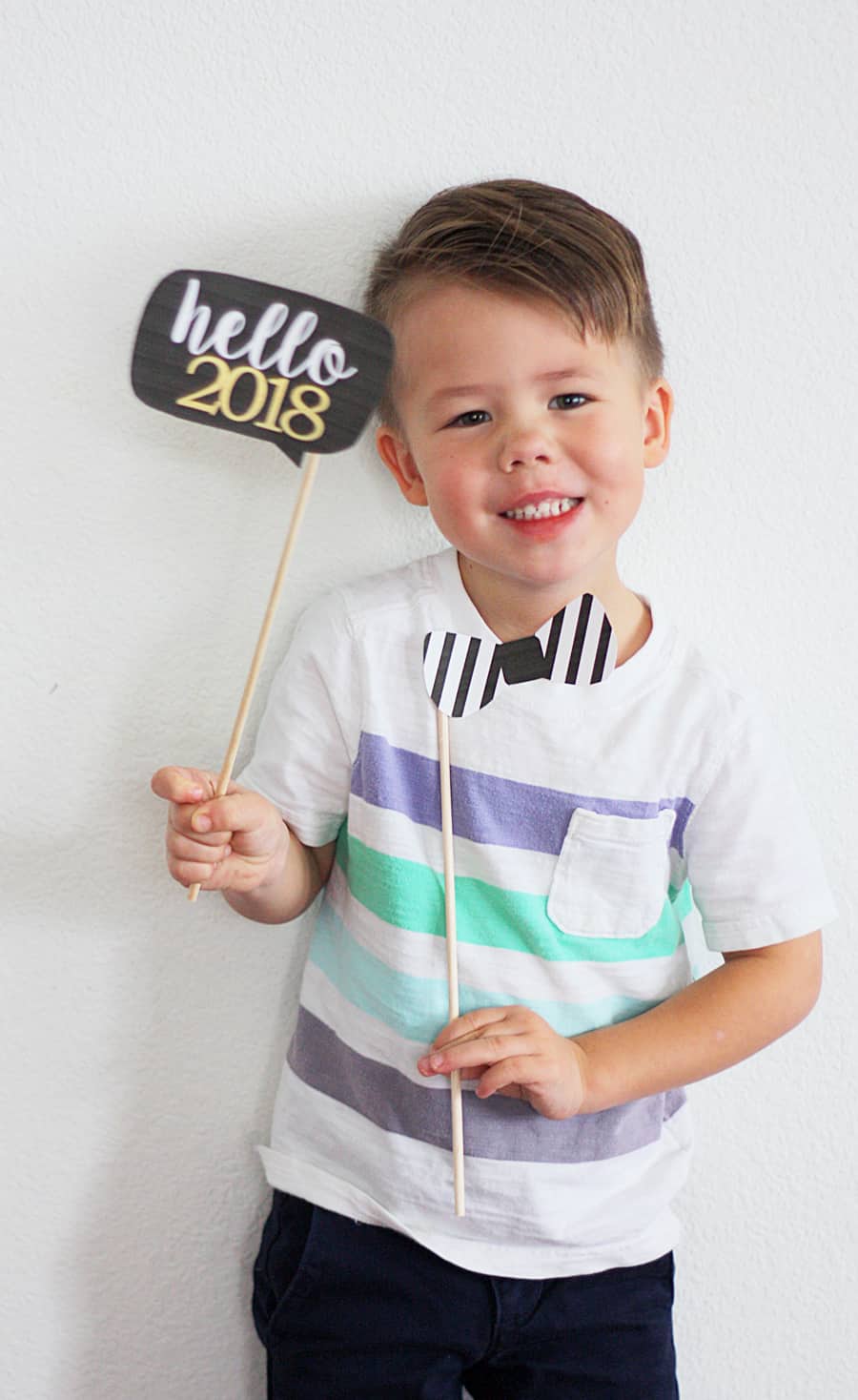 Did we actually really catch your eye when we mentioned making bowties on sticks a few ideas back? Well, if that was your favourite idea so far, what’s to stop you from making everyone some of those to wear? We love the way Eighteen25 created simple dowel props but kept things interesting and varied by using all different kinds of patterned paper to make the bowties unique. 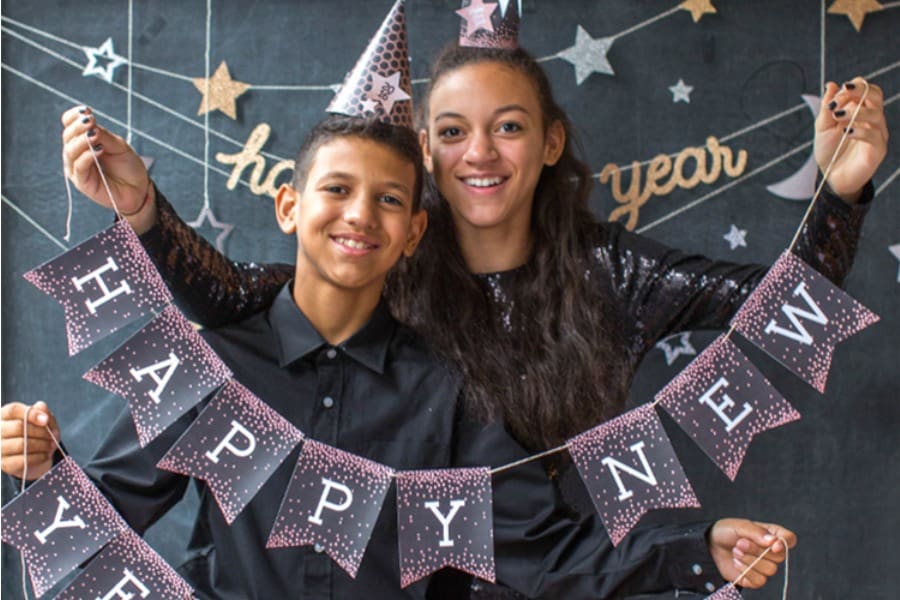 Rather than just holding the numbers in the air in the photos, would you rather include some kind of nice greeting or message? Then we have a feeling you’ll adore the way Cool Mom Picks made a lovely paper garland where each bunting flag features a new letter, letting guests smile their biggest and wish the world a Happy New Year all at the same time. 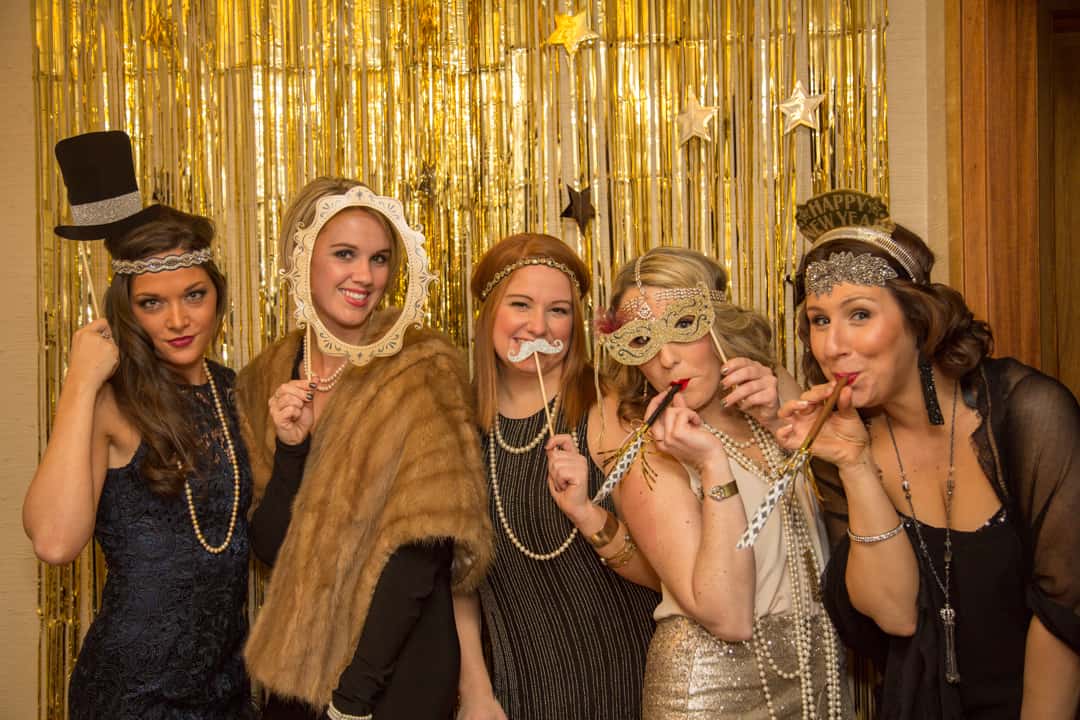 Are you actually scrolling through our list and still feeling very enamoured indeed with the idea of making easily used dowel props but you’ve themed your party a little more vintage, perhaps in the direction of something like The Great Gatsby? Well, not every dowel has to have some kind of modern emoji on it! Instead, check out how Pearls and Twirls created old fashioned masquerade inspired props. 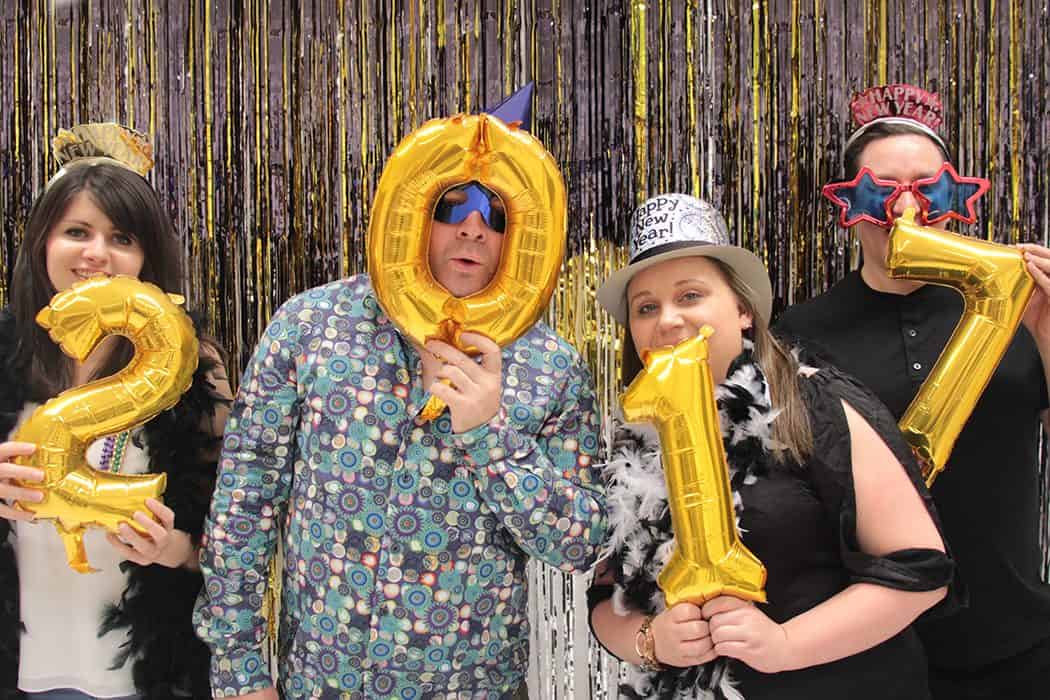 What if you’ve set up and entire DIY photo area and created a space you really like but you didn’t think of props until the last moment, so you’re not even sure you’ll have time for something as simple as poster board numbers? That’s where metallic balloons come in to save the day. Take a look at how Party Delights kept it simple but  still fun with theirs! 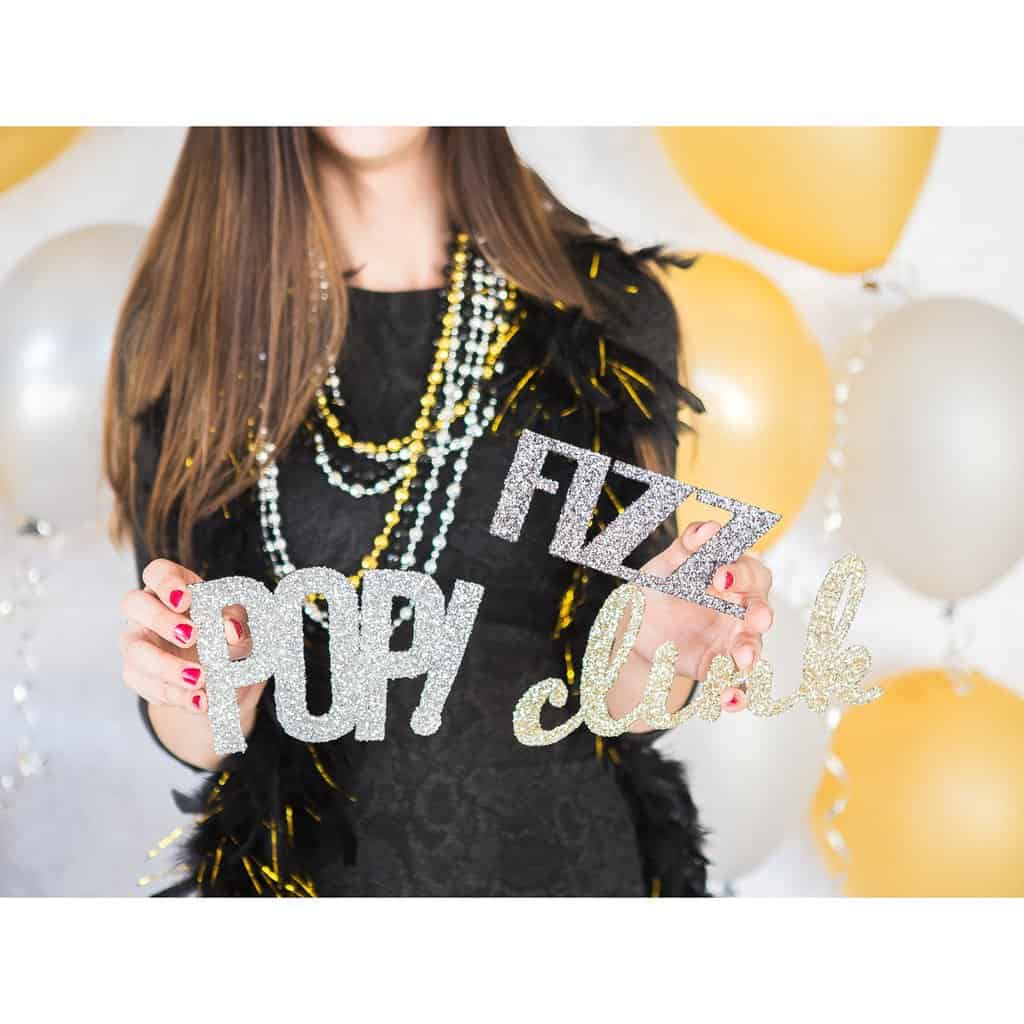 Are you still feeling sparkling but none of these image based photo props have quite dazzled you just yet? Then maybe you’d prefer something like these fantastic sound effects words instead! We love the way Z Create Design added an unusual dynamic element to their photos by cutting out words that you can hear the true sound of as you say them. Glitter paper does the trick! 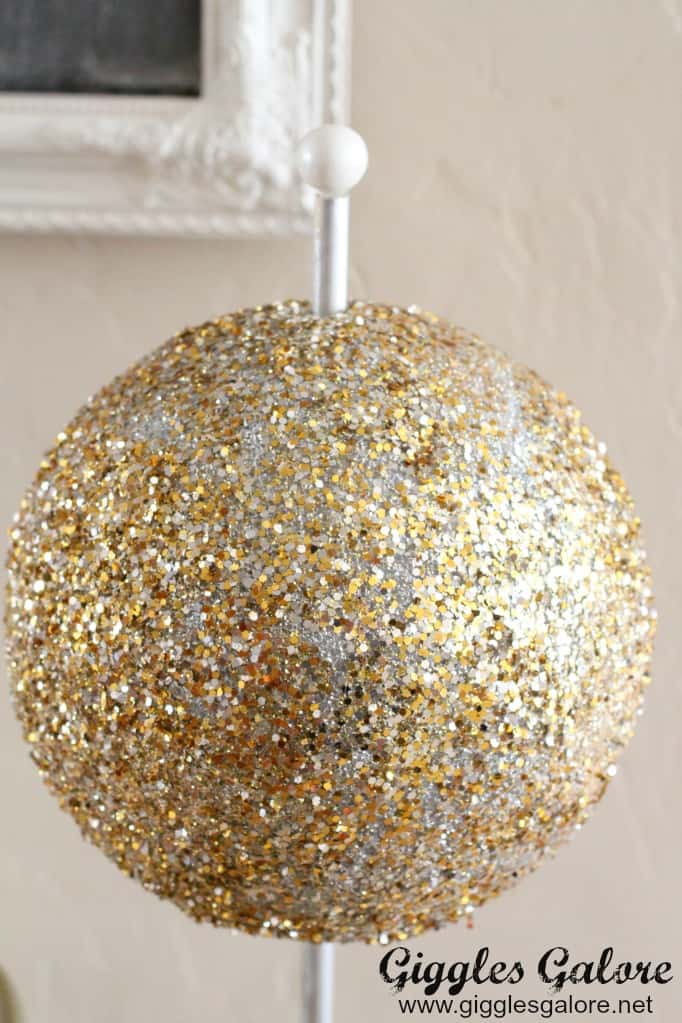 Has it become tradition at your parties to watch the ball drop in Times Square on your TV with all your friends around to scream when it goes down at the end of the countdown? Then we have a feeling you’re going to love this prop idea from Giggles Galore that shows you how to create a New Year’s ball of your very own! Take photos around it beforehand and drop it at midnight. 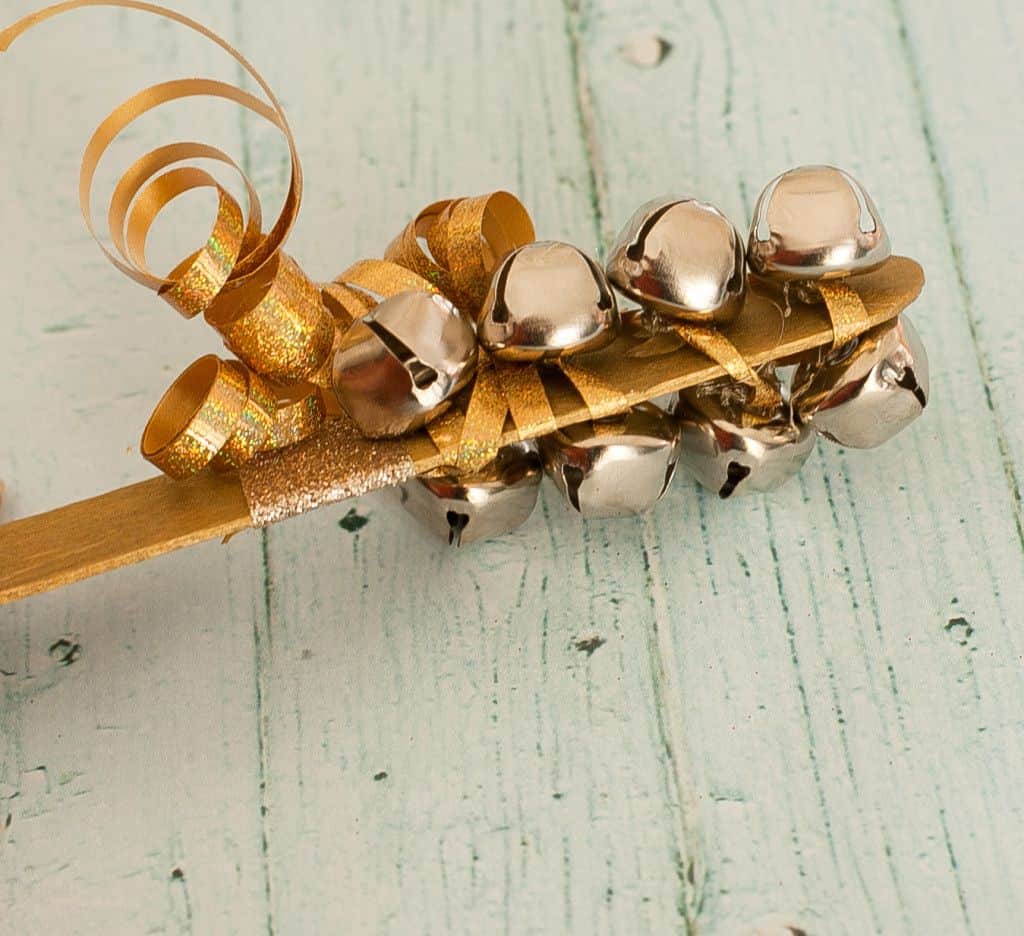 Here’s a prop idea that will look neat in photos and be lots of fun to use when midnight strikes and everyone makes noice to ring a new year in! Check out how Project Nursery used jumbo crafting popsicle sticks, paint, gift ribbon, and bells to make sparkly noise makers that are super fun to shake! We have a feeling kids will particularly appreciate this idea.

Do you have other ideas for making awesome homemade photo props for a New Year’s Eve party? Tell us all about it or link us to photos of props you’ve made before in the comments section!

Rieger Begonia: How to Grow & Care for the Elatior Begonia Plant