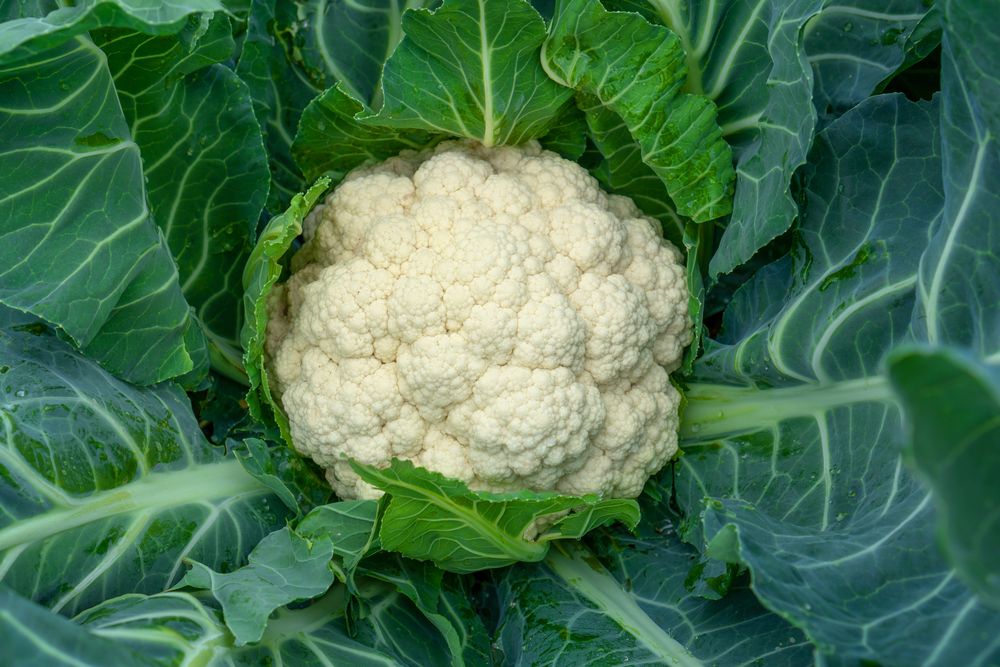 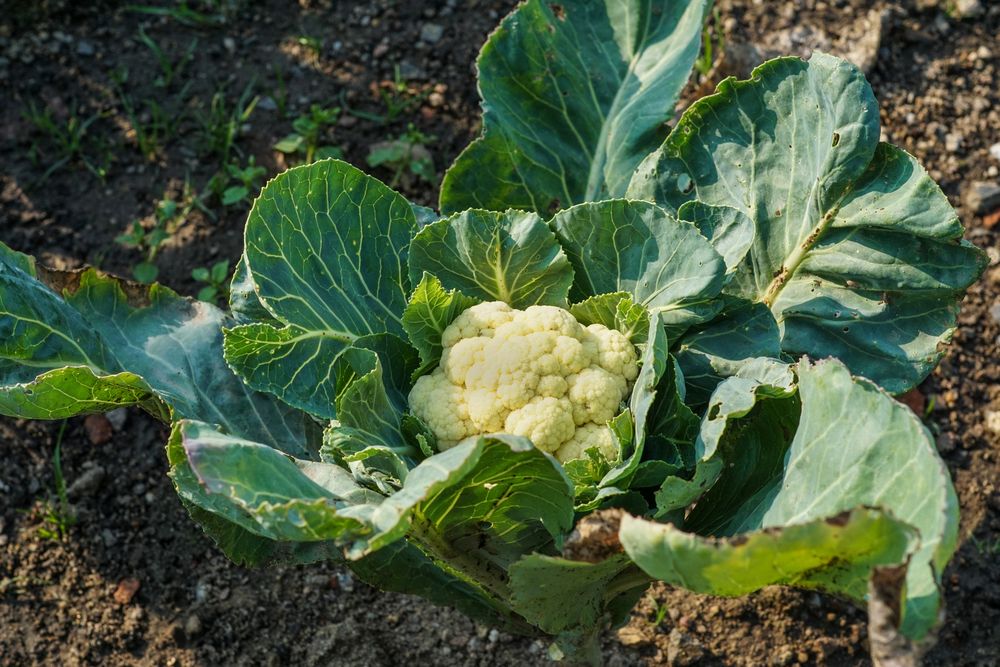 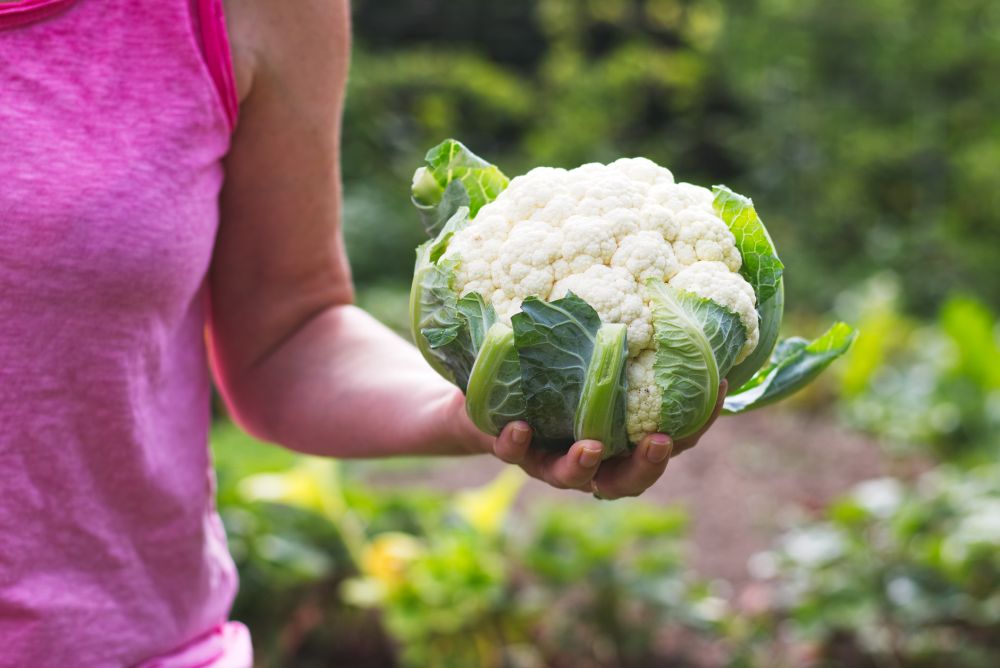 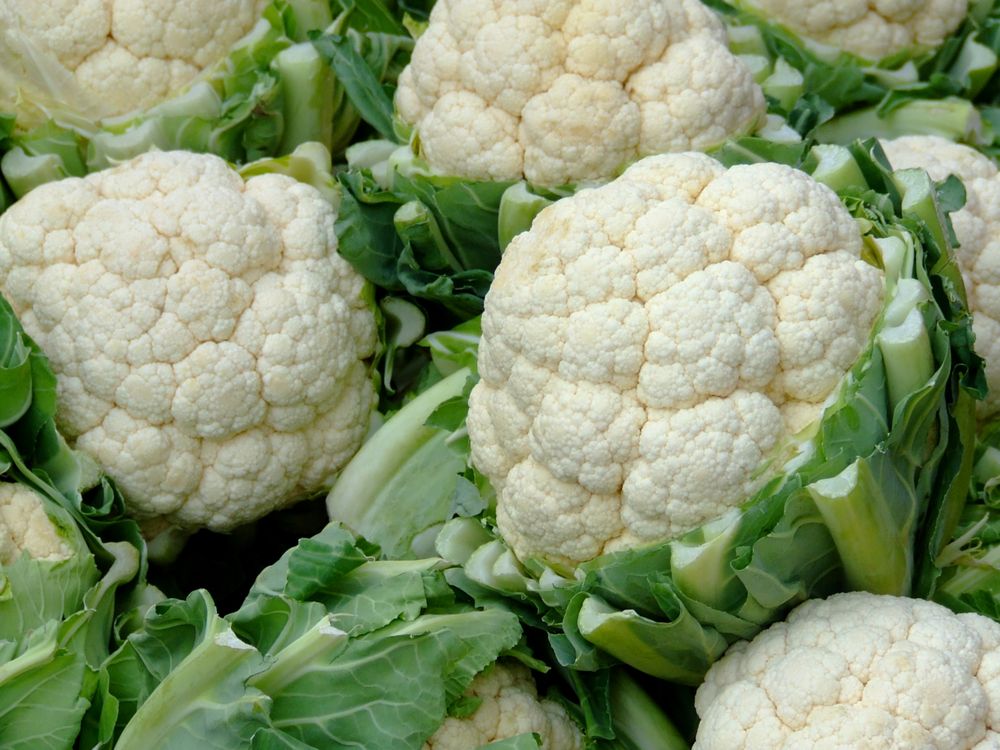 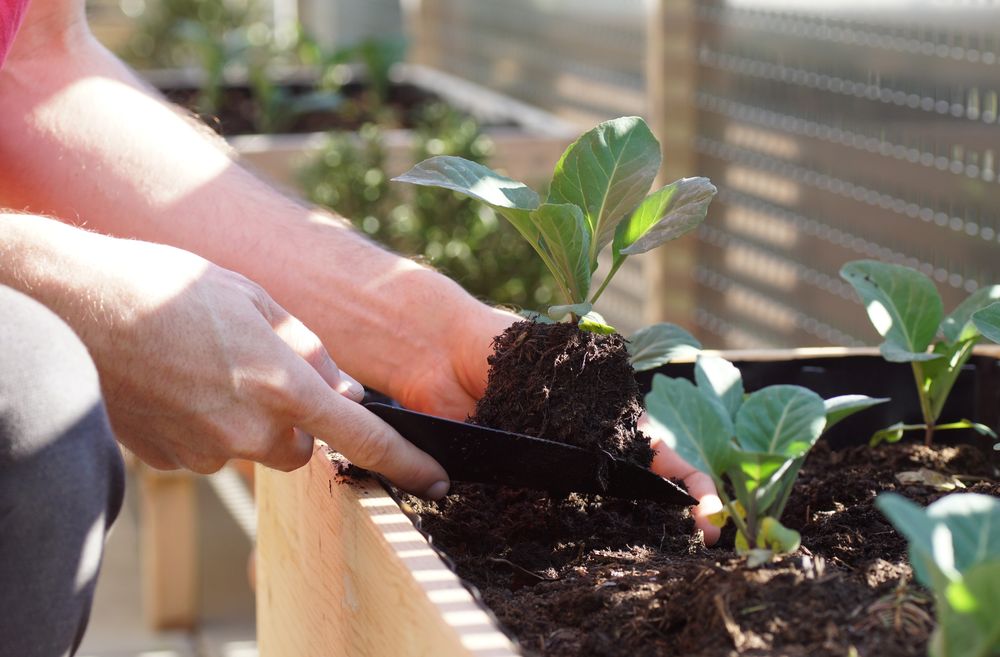 Cauliflower is a delicious vegetable, but only if you know how to cook it. The good news is, there are many recipes that do their best to bring out the flavors and textures of this veggie. 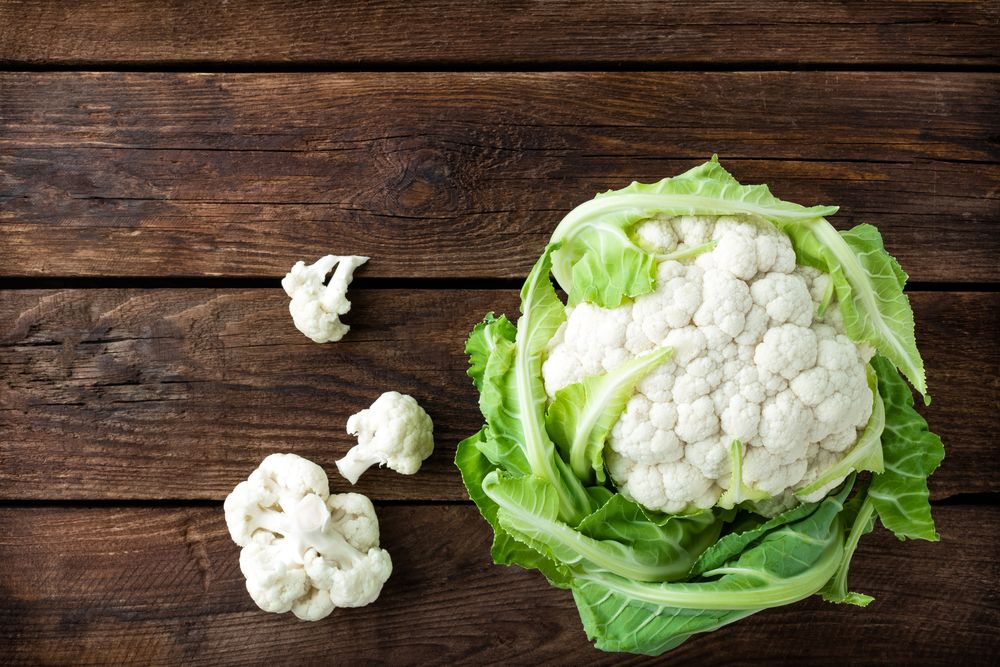 The not-so-good news is, it can be a hassle to grow cauliflower in your garden. That’s because the most precious part of the plant, the head, needs as much care and attention as you can spare.

Sometimes the cauliflower will grow headless. Just a bunch of green leaves flapping about in the wind. Or the head becomes full of fuzz which doesn’t sit well on your tongue. And between the plant wilting and the heads turning purple, there’s a lot to watch out for and fix.

This is why we put together this list of the top 5 problems with growing cauliflower, and the best solutions for them.

Cauliflower heads that you buy at the grocery store are usually bald. They are smooth with no trace of fuzz or abnormal growth on them. Otherwise, you wouldn’t buy the veggie. But when you grow it in the garden, you might notice a fuzzy growth on the surface of the head. This is known as ricing and it’s just as bad as it looks.

Ricing is often the result of inadequate growing conditions surrounding the young cauliflower plant. These often have to do with either temperature or water. As a cool-season plant, cauliflowers flourish in temperatures averaging 60 degrees F. If the weather warms up suddenly, and the temperature rises steadily for a few days in a row, the fuzzy growth would emerge.

Another possible cause for ricing is irregular watering and lack of nitrogen. If you expose the young plant to longer periods of drought followed by sudden soaking, that could trigger ricing.

Since some causes of ricing in cauliflower are preventable, while others are beyond your control, it would be better to grow varieties that are naturally more resistant to ricing. The veggie is quite sensitive and the balance between head and leaves is so tenuous that any change in the temperature or moisture can bring chaotic changes to the plant. Here are a few solutions to prevent the ricing problem in cauliflowers.

If you’re new to growing cauliflowers, then the plant might surprise you one fine morning with wilting. It’s a common problem that happens too often and usually spells the end of the cauliflower season, since wilting veggies will not recover.

As the leaves wilt away, the heads stop growing and might actually shrink. Eventually, the plant dies out and the best thing you can do is to pull up the plant by the roots and dispose of it safely.

But what causes cauliflower wilting? As it turns out, the sensitive plants are prone to wilting because of diseases such as clubroot and verticillium wilt or it might be stress causing it.

As with everything related to cauliflower, sometimes you have full control over the health of the plant, and other times you just have to accept the fact that the harvest is gone. This applies to stress as much as the fungal diseases that target this sensitive vegetable. Here’s how to combat and prevent cauliflower wilting.

If fuzzy heads and wilting cauliflower are discouraging enough, there are times when the plant will grow without heads. What’s the point of growing a headless cauliflower, you might ask. And the answer is no point at all. Without the head, the veggie looks like an empty envelope you received in the mail or an email without a body.

Since the head starts developing later in the life of the plant, you can easily miss all the clues that tell you that something is wrong with the plants. And you only realize that you have headless cauliflowers later in the reproductive phase. By then it’s too late to fix the problem.

More often than not, it’s unusually high temperatures that cause this problem. But cold weather and cold soil temperature can have the same effect on the veggie as well.

A headless cauliflower is a misnomer. Because if you look closely, you’ll discover little heads growing among the leaves. They’re called buttons, and while they’re, in theory, heads, they are no good substitute for a large and well-developed cauliflower head. So, to make sure that your veggie will grow a normal head, you need to pay attention to these three factors.

Although the prevailing color among the cauliflowers you buy at the supermarket is usually white or creamy, that’s not the natural color of the head. If left to its own devices, your cauliflower head will choose a different color, such as purple. You need to blanch the head by depriving it of sunlight as it develops to give it that white albino color.

The primary cause for purple heads is often high temperatures. Even with blanching, if the weather turns warm all of a sudden and the air temperature stays above 70 degrees F as the head matures, you’ll end up with purple cauliflower.

Moreover, some varieties are more prone to turning purple than others. Snowwhite for example, is a cauliflower variety known for its extreme sensitivity to air temperature. It develops a deeper purple tint that can be offputting to some people.

Although you only have one cause for the problem, fixing purple cauliflower is an onerous task. That’s because you’ll be grappling with the air temperature, and that’s as unpredictable as they come. Still, you can take the following measures to ensure that the flower head stays creamy and doesn’t turn into the dreaded purple.

So far, we have been focusing on the issues of the cauliflower head. That’s because the head is the most prized part of the veggie. And you’d give it your utmost attention and care to make sure it develops well and doesn’t get any discoloration. But what can you do when the head becomes loose?

A loose cauliflower head is another common problem that has to do with inadequate air temperatures as well as irregular watering patterns. Even spacing between the plants can cause this problem, especially if there’s not enough room between the two heads and they end up jostling for space, which weakens both of them.

You don’t just have to pay attention to the air temperature, moisture in the soil, and spacing between the plants. You also need to check the chemical balance of the fertilizer you use. If you give it too much nitrogen, you might end up with large but loose heads.

How to Grow Cauliflower (Varieties, Care, Harvest, and more)