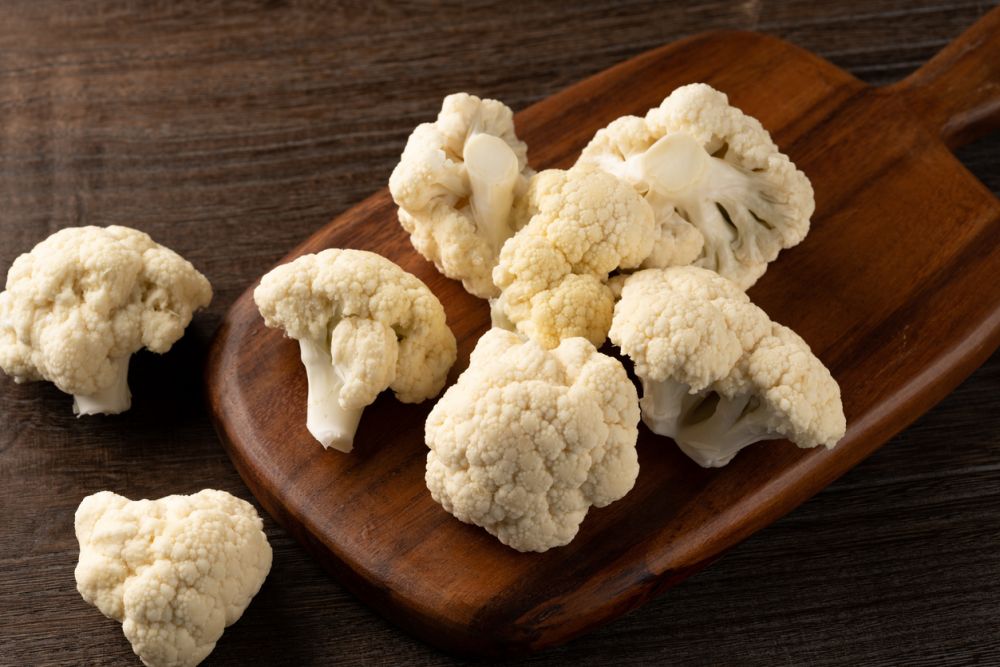 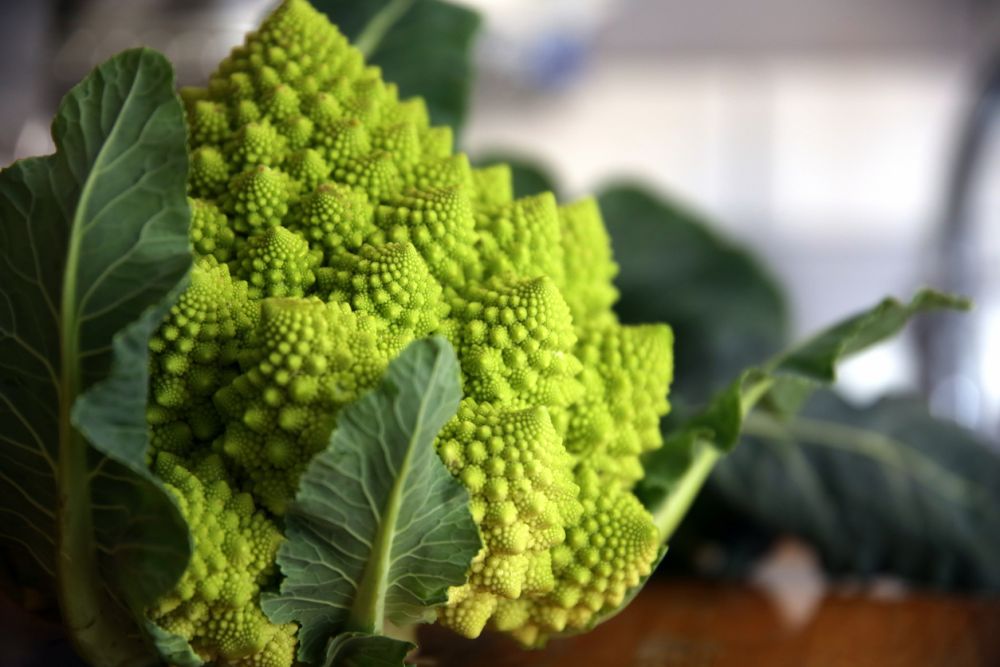 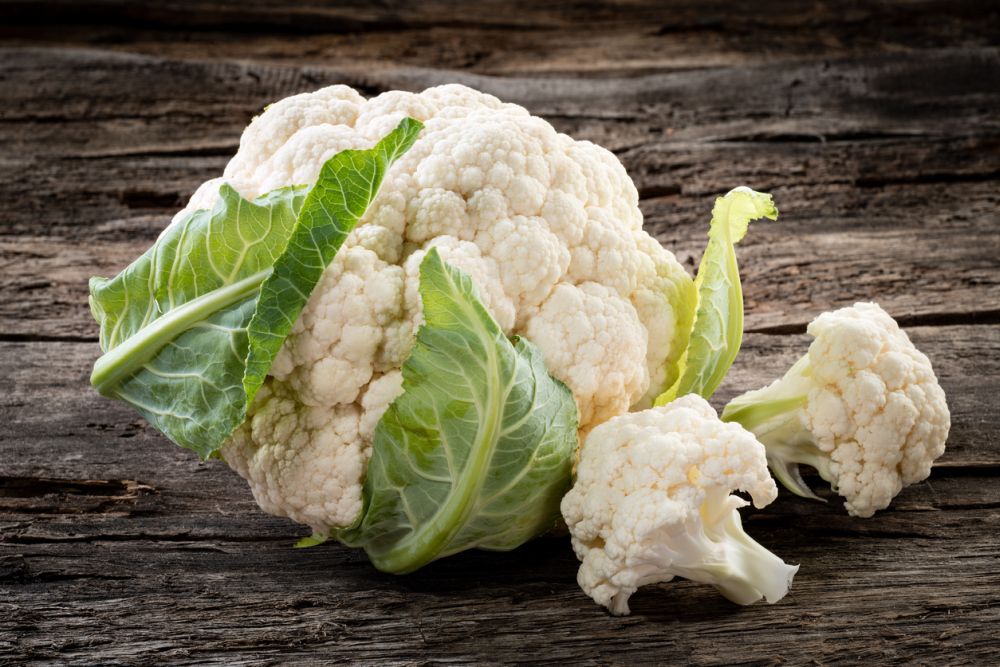 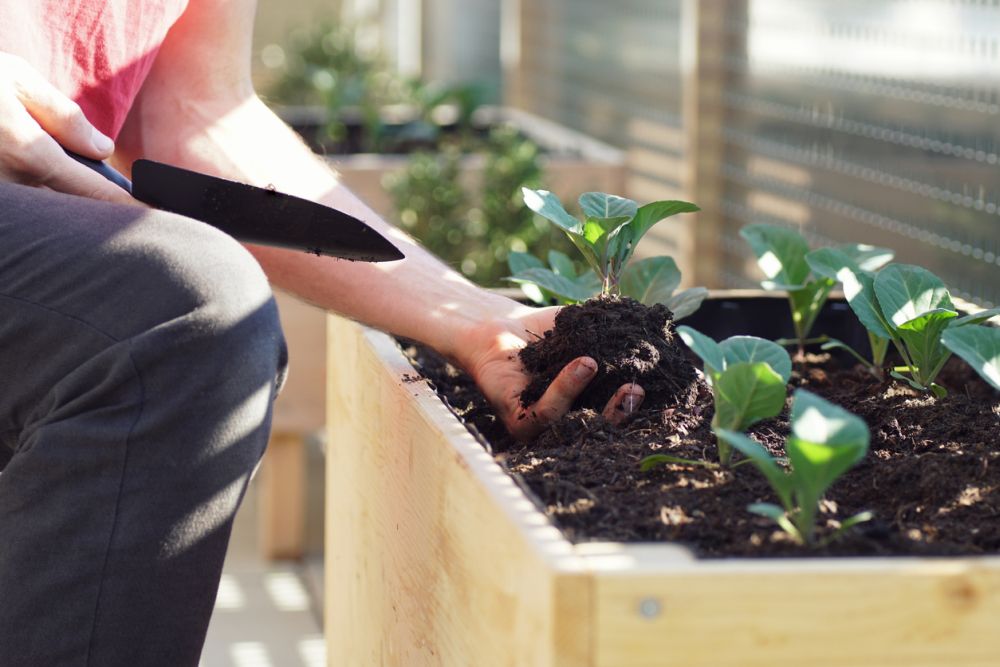 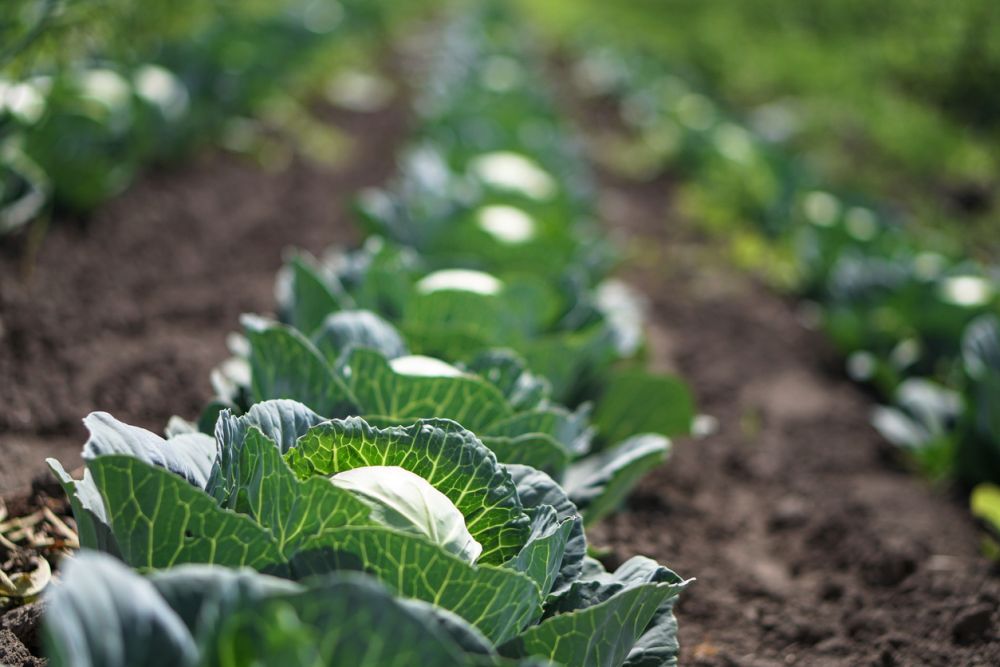 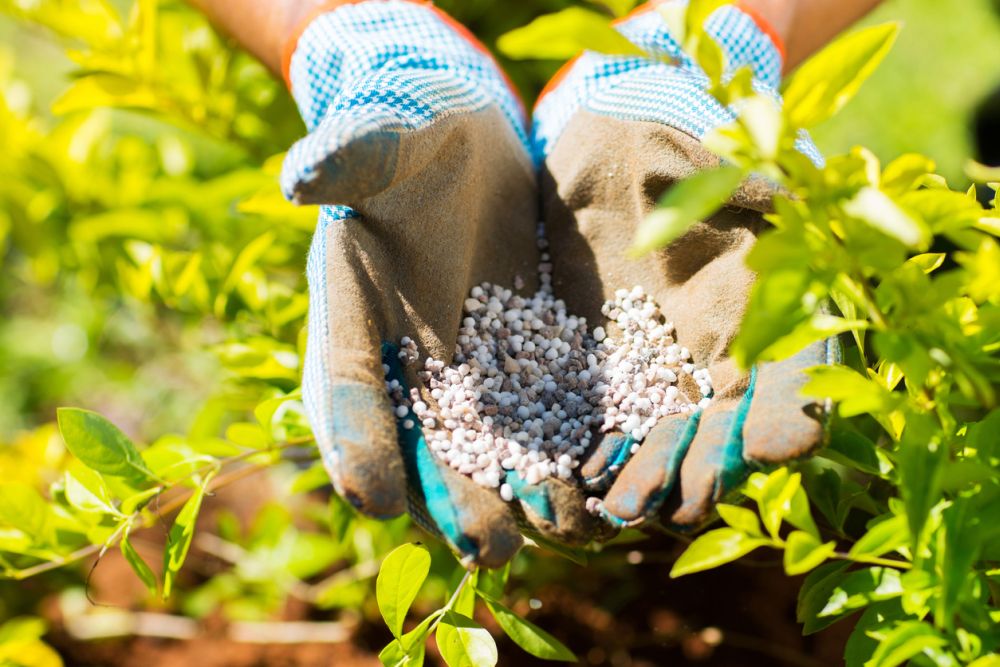 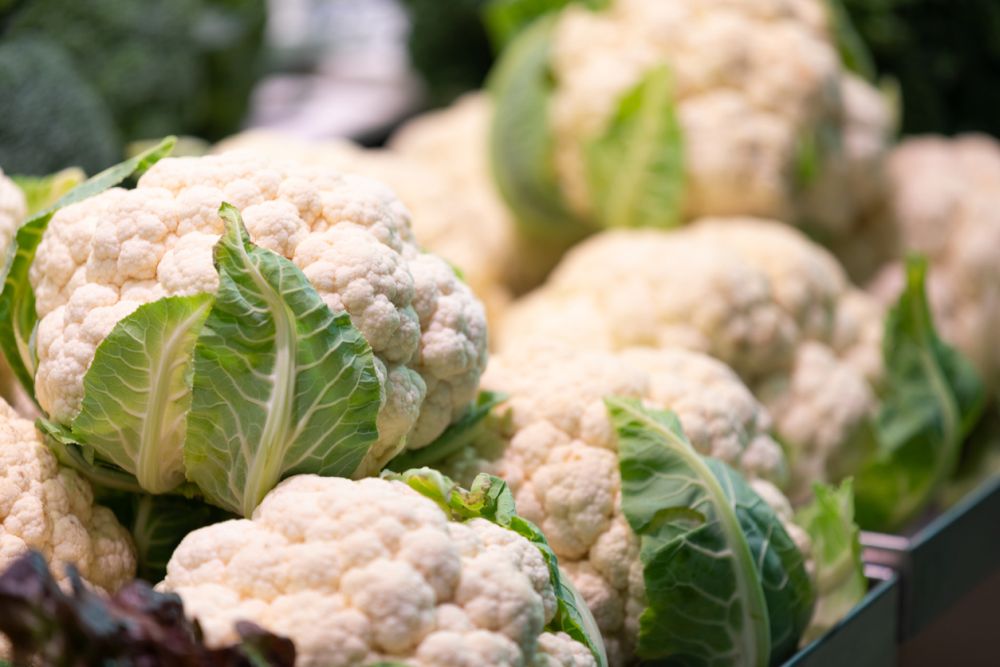 If you’re looking to add delicious and nutritious cauliflowers to your home garden, it’s easier than you might think. Find out how to grow cauliflower. 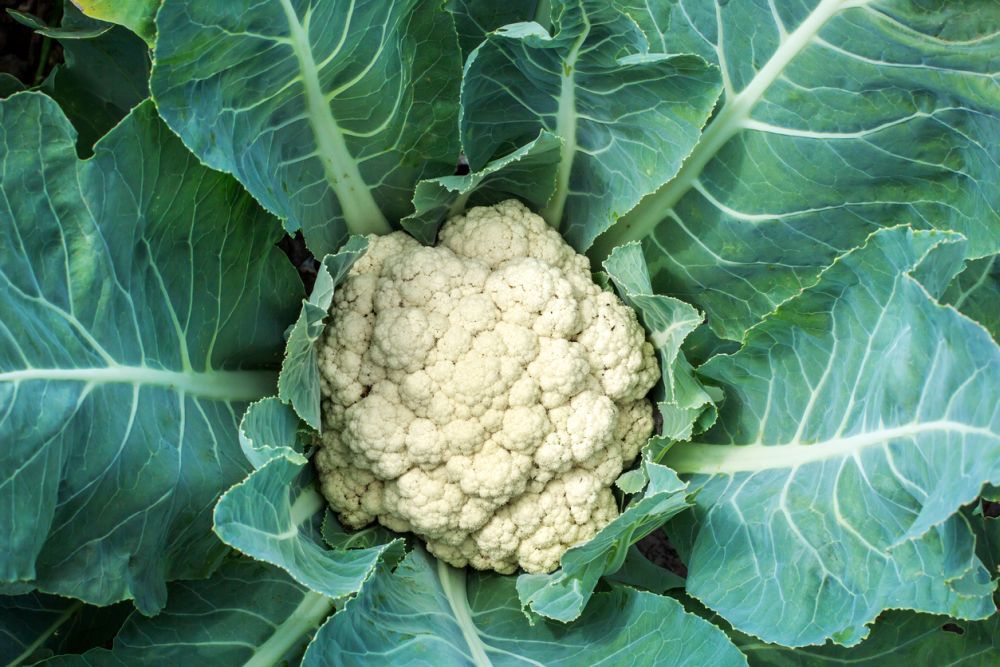 Cauliflower is the broccoli cousin that doesn’t raise eyebrows when you cook it for a friend.

Unlike broccoli, cauliflower is gentler on the tongue and has more juices and milder flavors. You can cook it in many ways, and none of them would end up with total regret or vowing never to buy it again.

In short, it’s the exact opposite of broccoli.

You can grow the same cauliflowers you normally buy at the supermarket. Or you could venture out of your comfort zone and explore other varieties only seen in exotic recipes online or in fancy restaurants.

It doesn’t require much experience to plant and harvest this annual. This article teaches you everything you need to know about how to grow cauliflower plants and harvest them.

Everything You Need to Know about Cauliflowers

Cauliflower (Brassica oleracea) is an annual vegetable that grows in zones 2 to 11.

Although the heads are the most important parts of the plant, both the leaves and stem are edible. You can peel off the stem and eat the white crispy flesh raw or cut it into the salad.

Much like broccoli, the cauliflower head has thousands of small white inflorescences are packed in dense clusters.

But they taste different from the pungent taste of broccoli. They are juicier and tastier with mild and slightly nutty flavors.The average plant grows to about 30 inches tall and 24 inches wide.

And while growing cauliflower is relatively easy, the most challenging part is maintaining cool temperatures until harvest time. It takes up to 3 months for the head to mature.

And if the weather gets warm, you could lose your harvest since high temperature leads to button development; the cauliflower grows into (mostly inedible) button-shaped heads instead of one uniform head.

Although the exact origin of cauliflower is unknown, many Middle Ages scholars point to Cyprus. It acquired some popularity during those days and was considered a wholesome and healthy plant to eat.

But that popularity diminished over time. Soon, the vegetable was relegated to the back shelves in the grocery store. It’s bulky, inexpensive, and in low demand.

And if you’re looking for any variety besides white cauliflower, you have to grow it yourself.

In its heyday, cauliflower was a well-sought vegetable with many varieties and types to choose from.

Some of those cultivars and varieties have survived, especially the ones originating from the Mediterranean.

Before finding out how to grow cauliflower, check out the four main types of this vegetable:

It’s the granddaddy of all cauliflower varieties you see today. It’s rumored to come from Cyprus and has appeared in medical manuscripts that date back to the Roman Empire.

The Italian cauliflower grows well as an annual and biannual plant – usually determined by how cool the weather is. Some varieties include white, Romanesco, and purple cultivars.

It grows mainly in tropical parts of Asia since it has a high tolerance to warm weather. Originally a hybrid, this annual is part of many recipes in Chinese cuisine, thanks to the fact that it lacks the nutty flavor of other cauliflower varieties.

This annual tolerates high temperatures and grows well in the summer and fall. It’s the prevalent variety in Northern Europe and North America.

Originally from Germany, the Northern European cauliflower was first developed in the late 18th century as a crossbreed of some cultivars that are no longer in circulation.

This variety withstands cold winters, so it thrives as a biennial in the right zones. You can grow it in early fall to harvest in winter, or in the early winter to harvest in spring.

A product of France, the Northwest European cauliflower is a crossbreed between two other cultivars that were popular in the 19th century (Angers and Roscoff).

It has a good flavor but is too sensitive to high temperatures, especially toward harvest time.

How to Grow a Cauliflower Plant

There’s usually just one way to start your cauliflower plants – from seeds. It’s also the easiest and most cost-effective way to grow this vegetable.

However, depending on the variety, it’s best to check the planting time and whether it can handle summer and winter temperatures in your microclimate. It determines the plant’s life cycle: annual or a biennial.

The lifespan of the cauliflower, especially the annual types, is rather short. Every day counts, and the sensitive plant will let you know immediately when something’s wrong: dry soil, high temperature, or too much sun.

Instead of one dense head, you could end up with lots of buttons that don’t look or taste anything like the normal cauliflower head. Fortunately, you can fix many cauliflower problems.

Here’s what you need to check to provide the best care for your cauliflower plant:

Cauliflower loves well-draining and extra-rich soil. The more organic materials you dump into the soil, the better the harvest.

But you should plant the cauliflower in clay soil since it’s heavy enough to prevent the root system from fully developing. At the same time, it stops the growth of the top-heavy head.

Weak roots could lead to the plant toppling over or not developing a good head. Check the soil pH before transplanting the seedlings and ensure it’s between 6.0 and 7.0; it’s okay to err on the side of slight acidity.

Full sun is essential for the growth and development of a round and dense head. But the cauliflower is also light-sensitive.

The afternoon sun is usually the most dangerous for the developing head. It could lead to bolting and the famous buttoning mentioned earlier.

So for the early summer harvest, choose a north- or east-facing spot that receives the morning sun. For winter and early spring harvest, it’s best to pick a west- or south-facing spot to get as many sun hours as possible.

As a cool-season veggie, you have to keep a watchful eye on the thermostat. If you’re planting the cauliflower in the spring, start it indoors and only bring it outside when the temperature goes above 70 degrees F (21 degrees C).

Harden the saplings by increasing the number of hours they spend outdoors until it’s time to transplant them. As the head develops, make sure the temperature doesn’t rise above 80 degrees F (27 degrees C).

So if you expect a hot summer, plant the vegetable in pots and bring it indoors on hot days.

You can tell that the cauliflower needs lots of water by checking the juicy head; all the water stored inside comes from the roots. And besides that head, the vegetable must maintain succulent leaves and an even juicer stem.

So you need to keep the soil moist but without getting it wet – water it regularly but shallow. To improve the soil’s water retention, cover it with a thick layer of mulch using leaves, straw, or shredded oak bark.

As a heavy feeder, your cauliflower needs all the nutrients it can get. So planting it in inherently rich soil will make your job a lot easier.

It’s not a good idea to use chemical fertilizers. But if the growth rate is too slow or if the plant takes too long to develop a well-rounded head, apply a balanced fertilizer.

Otherwise, any side dressing with aged manure or organic compost made at home will do just fine and keep the veggie nourished until it’s harvesting time.

Many pests feed on the leaves, head, and roots of the cauliflower, including cabbage loopers, cabbage worms, cabbage root maggots, stink bugs, aphids, and thrips.

Anyone experienced with growing cabbage should know how to deal with these pests. In the case of cabbage worms, you could invite its natural enemy, the ladybug to the garden with plants like the dwarf zinnia.

Diseases that target cauliflower include black rot, white rust, clubroot, and powdery mildew. Rotate the crops and till the soil between harvests to reduce the risk of infecting new plants.

Cauliflower blanching is the process of withholding sunlight from the head to give it that snow-white color. It’s only used with white cauliflower.

Once the head has developed to the size of an egg, wrap the outer leaves of the veggie loosely across the head.

You’re not trying to create a greenhouse environment but only preventing sunlight from changing the head’s color to light brown. Once in a while, check under the leaves to ensure insects aren’t nesting there.

Most types of cauliflower are ready to harvest after 3 months; the exact time depends on the variety.

Some cultivars mature within 2 months from the time of planting. If you’re worried about bolting in a hot summer, consider a cultivar that tolerates warm weather well, such as the Asian variety.

The best way to determine the harvest time is by checking the average head size of the cauliflower, depending on the variety.

It’s recommended to err on the side of early harvesting and cut the head when it’s still dense and compact. If you delay harvesting, the vegetable could bolt anytime without warning.

Cauliflowers contain compounds called goitrogens, which can interfere with the proper functioning of the thyroid gland. While goitrogens are not poisonous to dogs, they can cause problems if your dog eats too much of them.

Is cauliflower good for you?

Yes, cauliflower is a good source of fiber, vitamins C and K, and folate. It also contains a compound called sulforaphane, which has been shown to have cancer-fighting properties.

How to cook cauliflower?

Cauliflowers are a great vegetable to grow in your garden. With a bit of care, they will reward you with plenty of fresh florets all season long.

Harvesting cauliflowers is easy since you must wait until the head feels firm and cut it at the base of the stem. With a bit of effort, you can enjoy this delicious vegetable all winter long!

Have you grown cauliflowers before? What tips would you add?