If you’re a parent, especially one that loves crafting with their kids, then we have absolutely no doubt that you already know all about slime. Colourful DIY slime has taken the crafting world by storm and our kids have adored every second of it, just like every other kid we know! Of course, we’ve made plenty of different kinds with them before, but we’ve always got our eyes peeled for new recipes and looks that they’ve never tried before.

Do you love the idea of learning how to make some new kinds of slime just as much as we do? Check out this list of 15 awesome ideas and recipes that we came across in our search for inspiration and guidance! 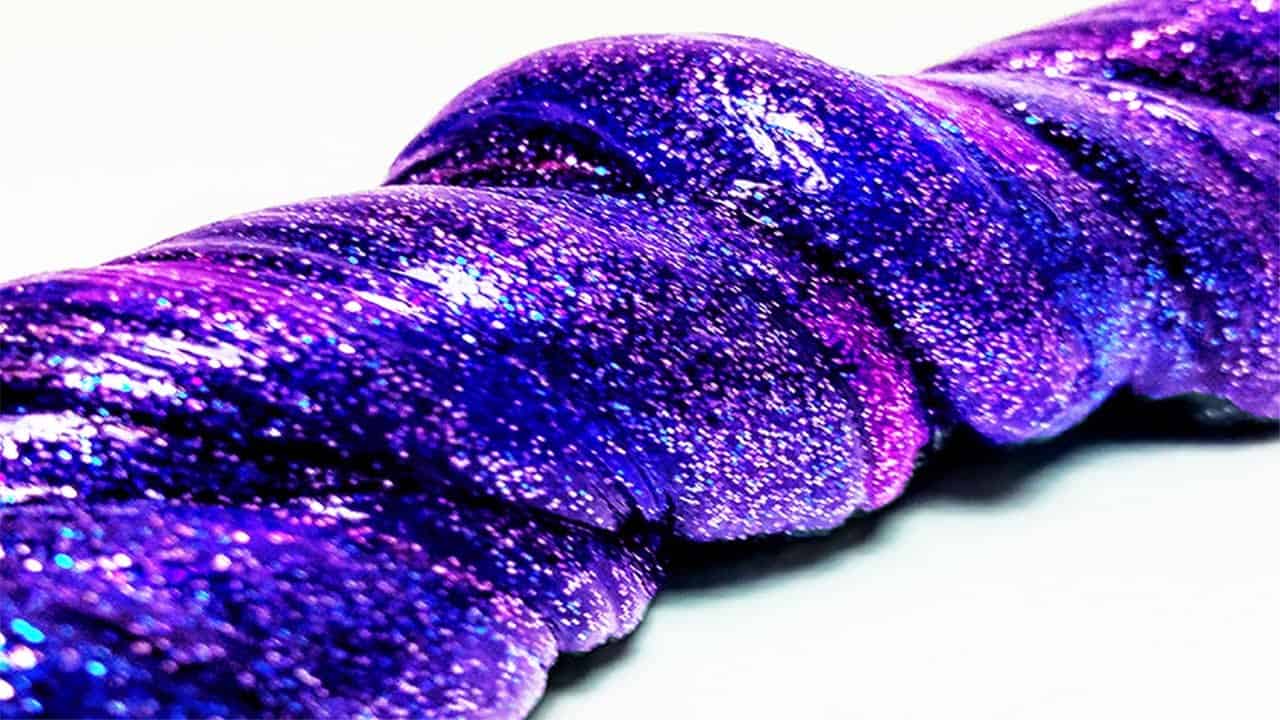 Maybe we’re biased because purple is our absolute favourite in the whole world, but that’s not the only thing that caught our eye when we saw this fantastic recipe and tutorial from Happy Toy Time! We also adore the sparkling nature of it and the slight shade swirl, making it look just like that galaxy print that’s so popular right now. 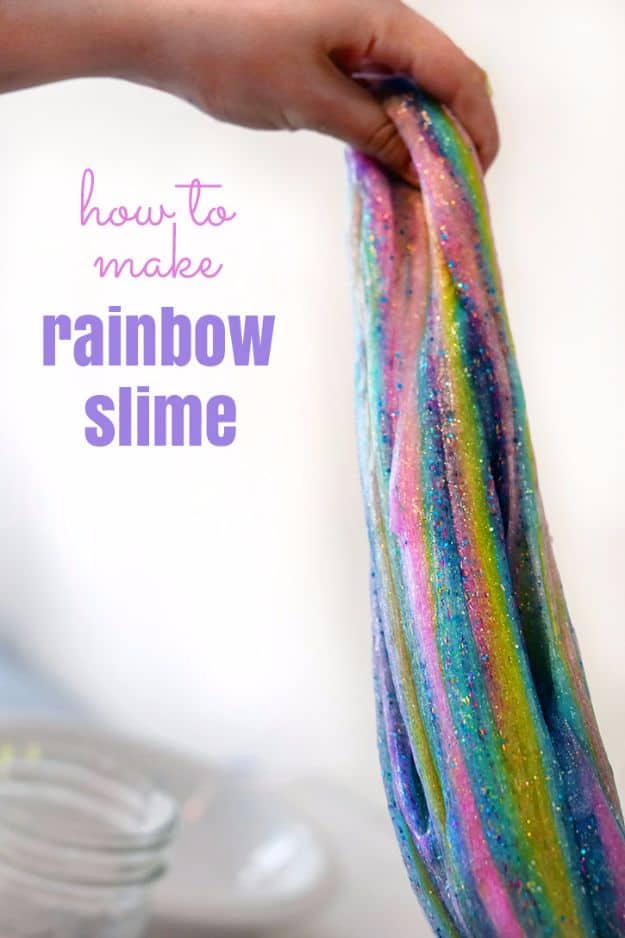 Have we really caught your attention with this talk of sparkles and convinced you that glitter is definitely an ingredient your chosen recipe will simply need to have, but you’d rather work with more colours than just purple? In that case, we have a feeling you’re going to get along a little better with this fantastically sparkly pastel rainbow slime outlined in clear detail on DIY Projects for Teens! 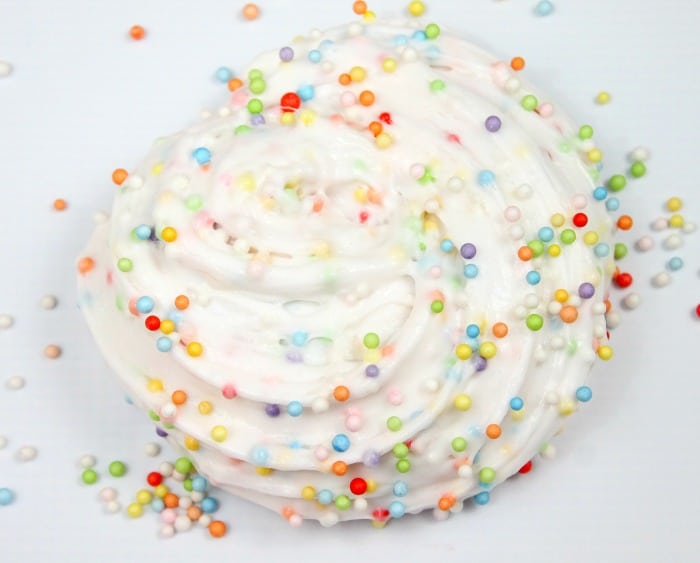 Now, we know that this next recipe really looks like sprinkled frosting, and that’s part of why we like it, but we just want to make sure you and your kids know that it’s not actually something you can eat! Even so, we get a real kick out of the way Mom Luck made this cool birthday cake confetti slime that actually involves real sprinkles and reminds us of a cupcake. 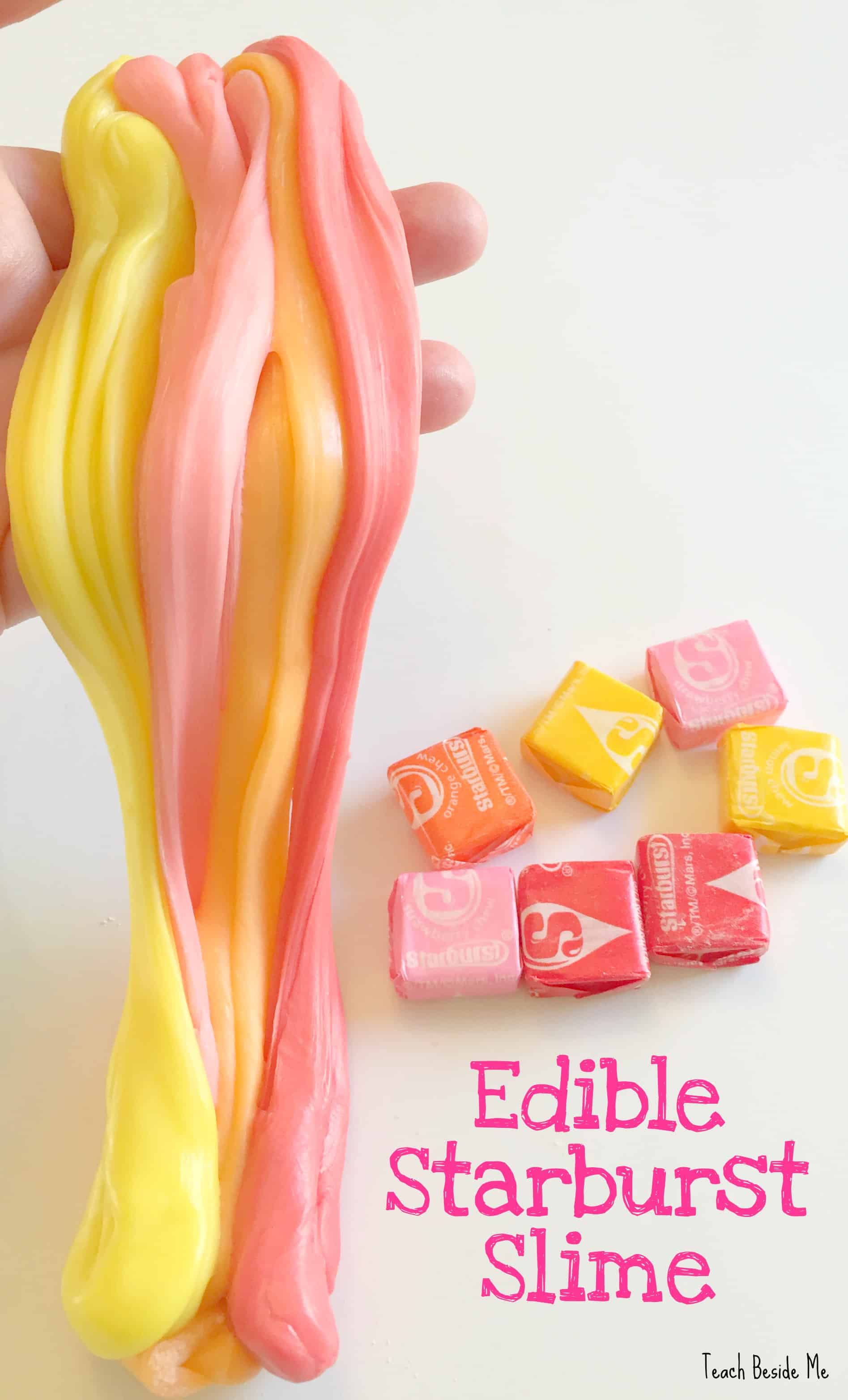 Did we really pique your curiosity with the mention of edible slime and now all you can think about is whether there actually are slime recipes out there made from ingredients you can really eat? Then we have a feeling you’ll be rather pleased indeed to learn about this funny slime tutorial featured on Teach Beside Me that is actually edible because it’s made entirely from Starburst candies!

Maybe if you’re going to put in all the time and effort it takes to make your very own homemade slime of some kind, would you . much rather theme it after something you know your kids love? Well, if they love the ocean and all its critters just as much as ours do, then we have a strong suspicion you’ll get along very well indeed with this ocean themed slime recipe from Buggy and Buddy!

6. Beauty and The Beast slime 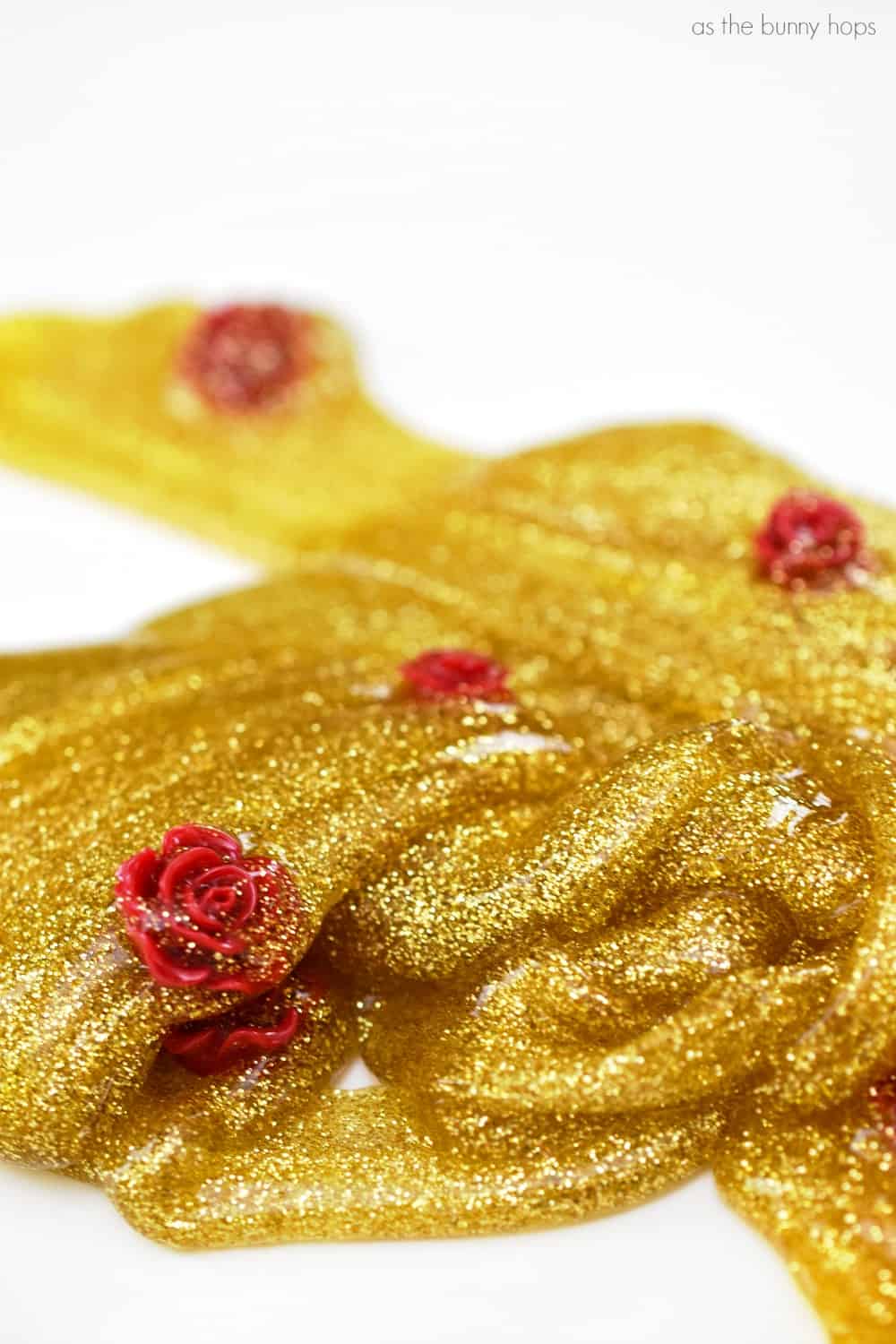 Have we really got your attention now that we’ve mentioned the idea of making themed slime but your kids are total movie buffs and you know they’d much prefer something modelled after one of their favourite films or fairytale characters? Well, if they’ve ever loved Disney movies, then we just know they’ll appreciate how As The Bunny Hops made this sparkly gold and rose filled Beauty and The Beast themed slime. 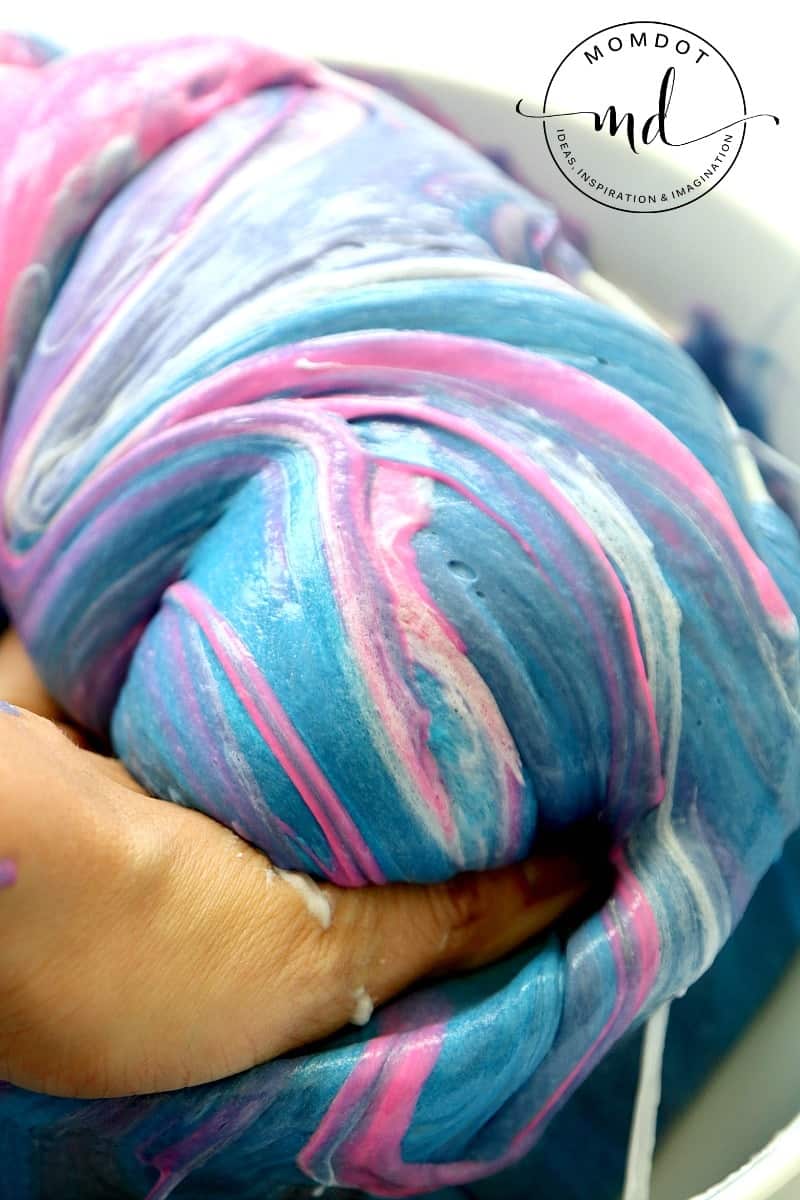 Maybe you’re actually a little more interested in the texture of your slide than the colours or whether it sparkles? Then we’re pretty sure this next tutorial from Mom Dot might be the one for you. Take a better look at their tutorial to see how they made a slime that’s a little thicker, smoother, and fluffier feeling than usual.

Whether the ingredients are edible or not, are you feeling pretty intrigued by the idea of making some kind of food themed or scented slime because you always find that those smell the best, which your kids love? Well, if they’ve ever been big fans of flavoured pop, then we’d definitely recommend taking a look at how One Savvy Mom used powdered drink packets to add colour and scent to their slime in a way that’s a little more natural than some other tutorials will show you. 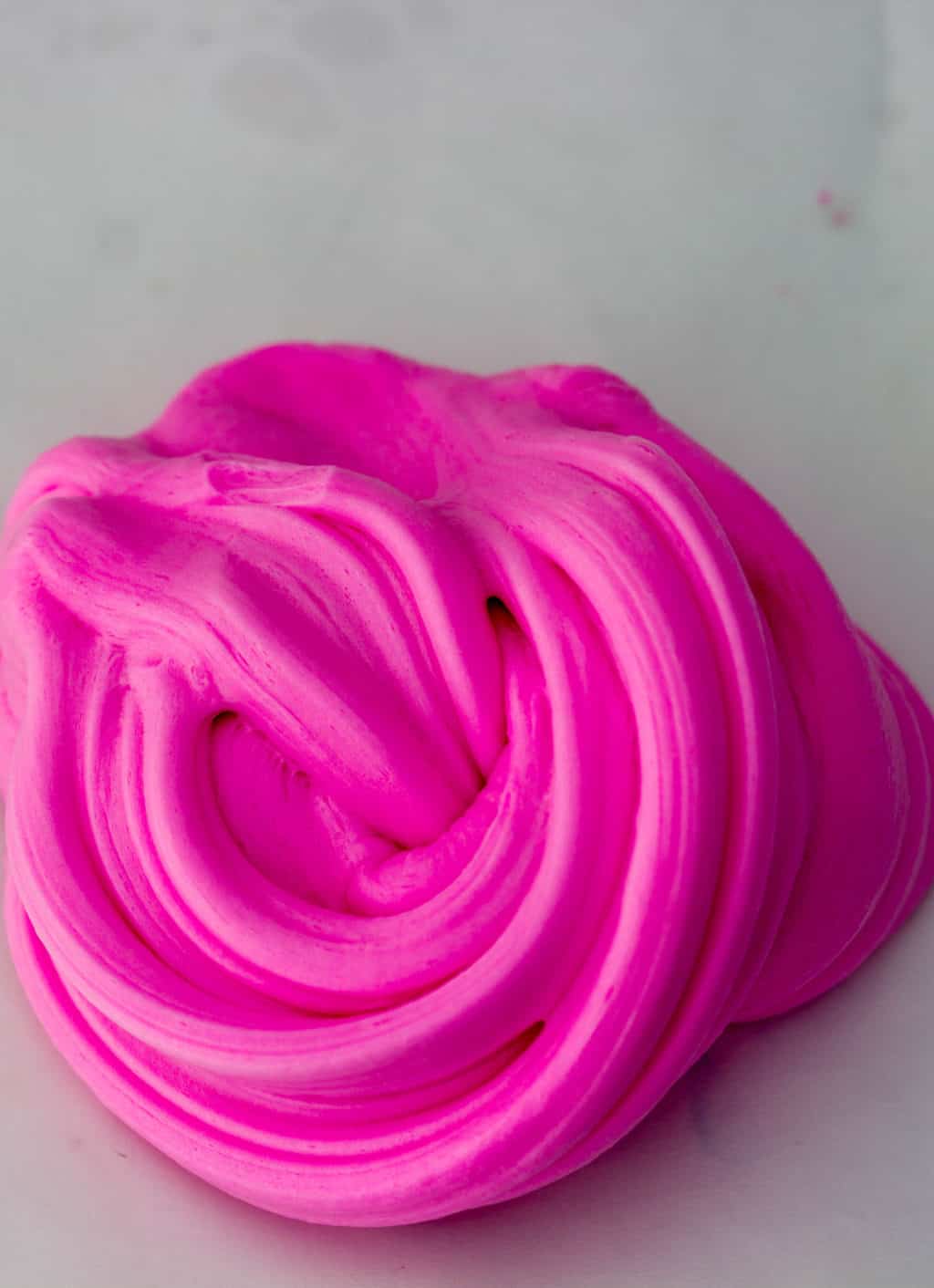 Maybe the idea of making a kind of slime that smells great or like something else your kids love is what’s caught your attention the very best so far in everything we’ve talked about? Well, if your family have ever been big fans of cotton candy, then we think you’ll get a real kick out of the way Savvy Naturalista made this recipe that, while not edible or the same in taste, smells just like the sugary sweet treat. 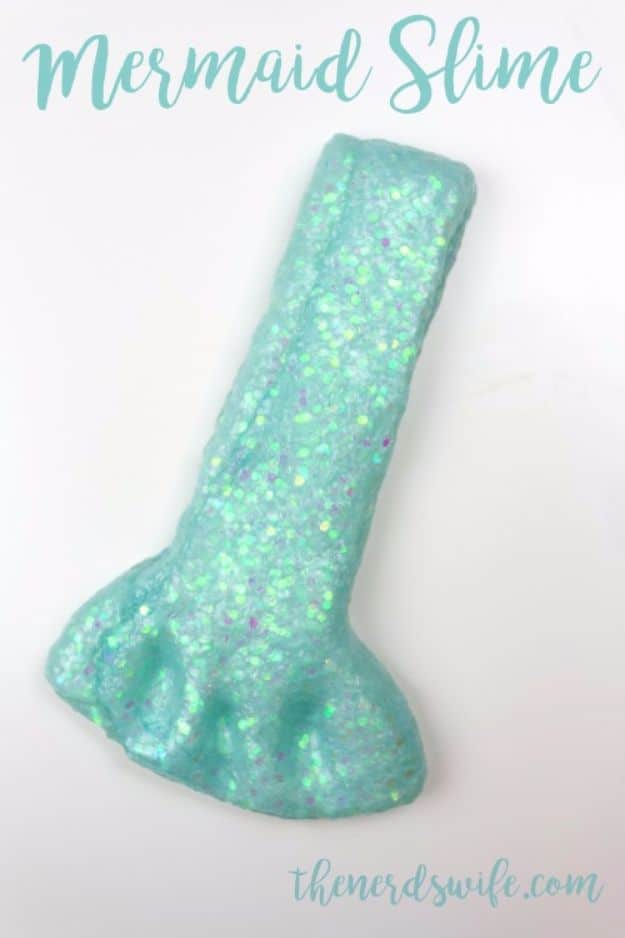 Just in case you’re still thinking about the idea of making themed slime just to make sure that your kids really love what they’re making, but your little ones have always been more fans of mythical creatures and whimsical characters? Then we’re pretty sure they’d be pretty in love with this lovely sparkling mermaid recipe outlined step by step on The Nerd’s Wife! 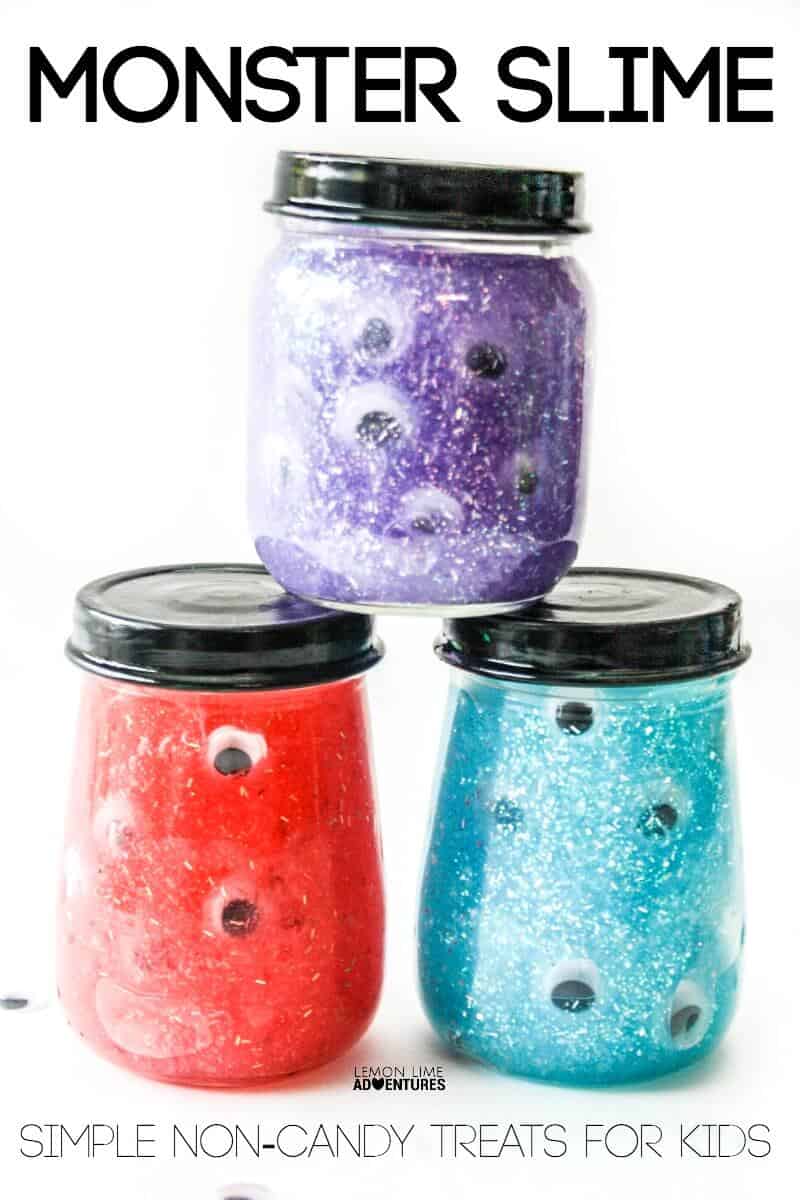 Maybe your kids have always been a little more interested in spooky creatures and horror movies than magical things and fairytales? In that case, we have a feeling you all might get along a little better with this funny monster goo slime recipe outlined step by step thanks to Lemon Lime Adventures! We really think the addition of googly eyes brings the idea home. 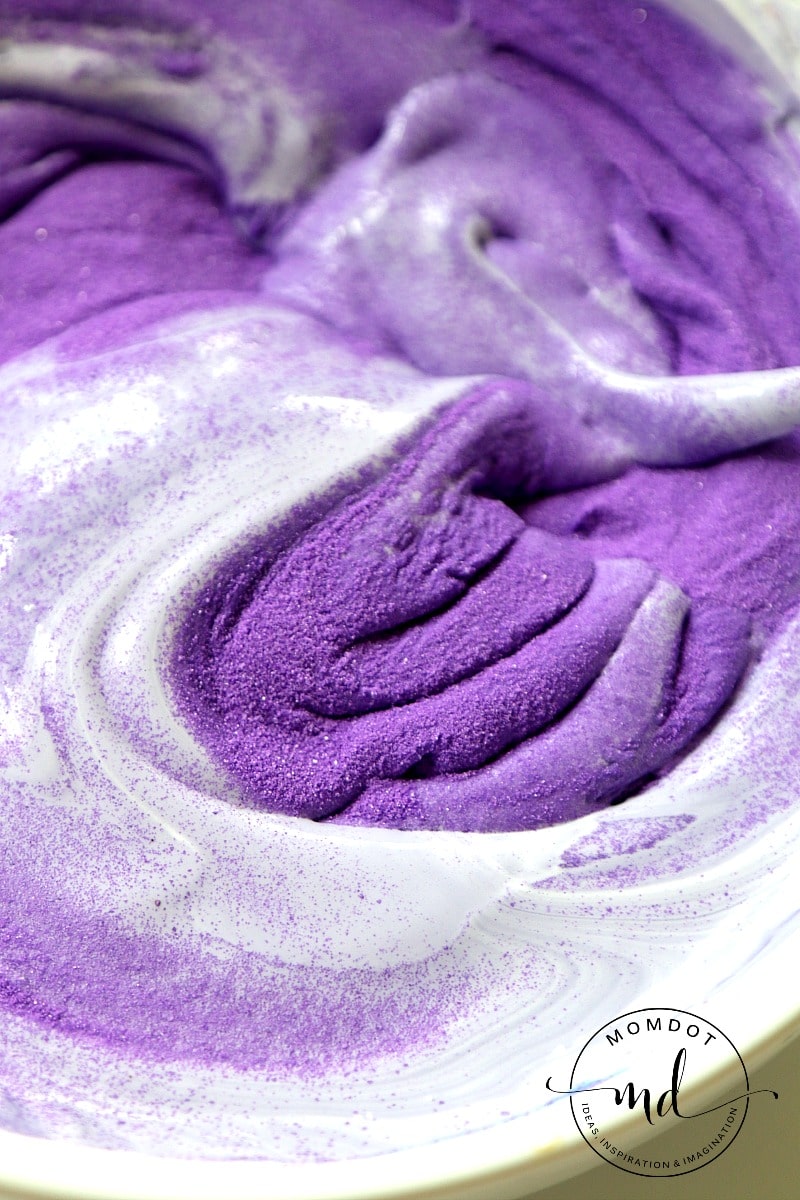 Are you actually still finding yourself thinking about the idea of slime that has a slightly different texture than usual? Then here’s another alternative idea for your consideration! We love the way Mom Dot created this particular recipe that’s actually even fluffier than the previous recipe we showed you! Some people call this cloud dough for how light and awesome feeling it is once it’s all fully mixed. 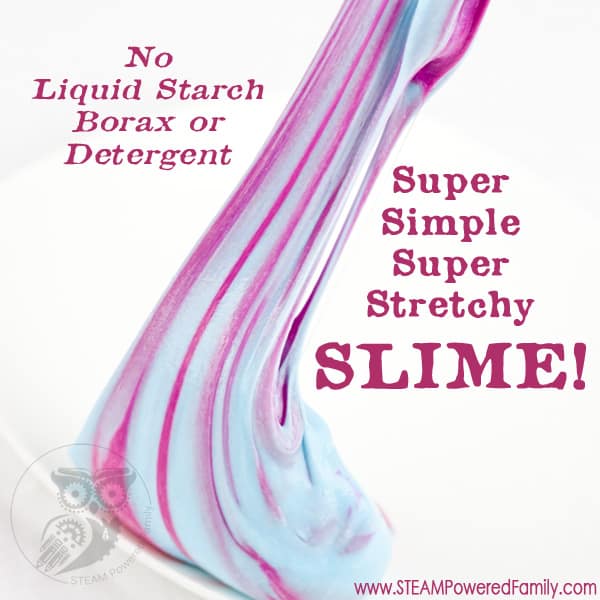 Maybe you’re not actually all that enthused about the idea of adding all kinds of things to your slime because the texture and finish the classic kind has is already enough to keep your kids interested? Then we’d absolutely suggest taking a look at how Steam Powered Family made this simple slime that’s not only cool in the way its colours swirl, but that is also a lot more stretchy than the average recipe you’ll probably come across!

Maybe you really do want to add some kind of awesomely unique feature to your slime that you haven’t seen anywhere else, just to give it some neat sensory play texture to really keep your kids excited about it? In that case, we think you might all really get a kick out of the way I Can Teach My Child put these awesome feeling water beads in their slime for some cool contrast! 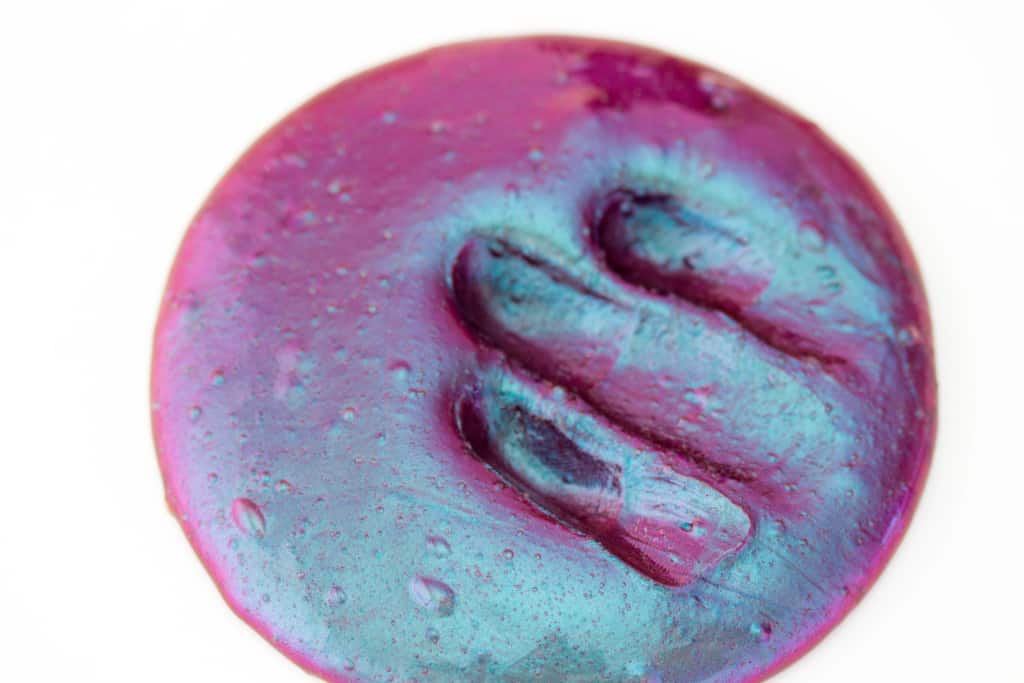 Are your kids a little older and actually a lot more interested in the science-like process of making the coolest slime they can than they are in theming it after their favourite movie or something they like? Then we’d definitely be willing to wager that they’ll appreciate how this amazing looking duo chrome slime that has a shining, two-coloured finish might be a little more up their alley! Get the full details for making it with your own little scientists on Savvy Naturalista.

Have you made other kinds of totally awesome slime that your kids really enjoyed but that you don’t see here on our list? Tell us all about what you created and how you did it or link us to photos of your finished slime in the comments section!