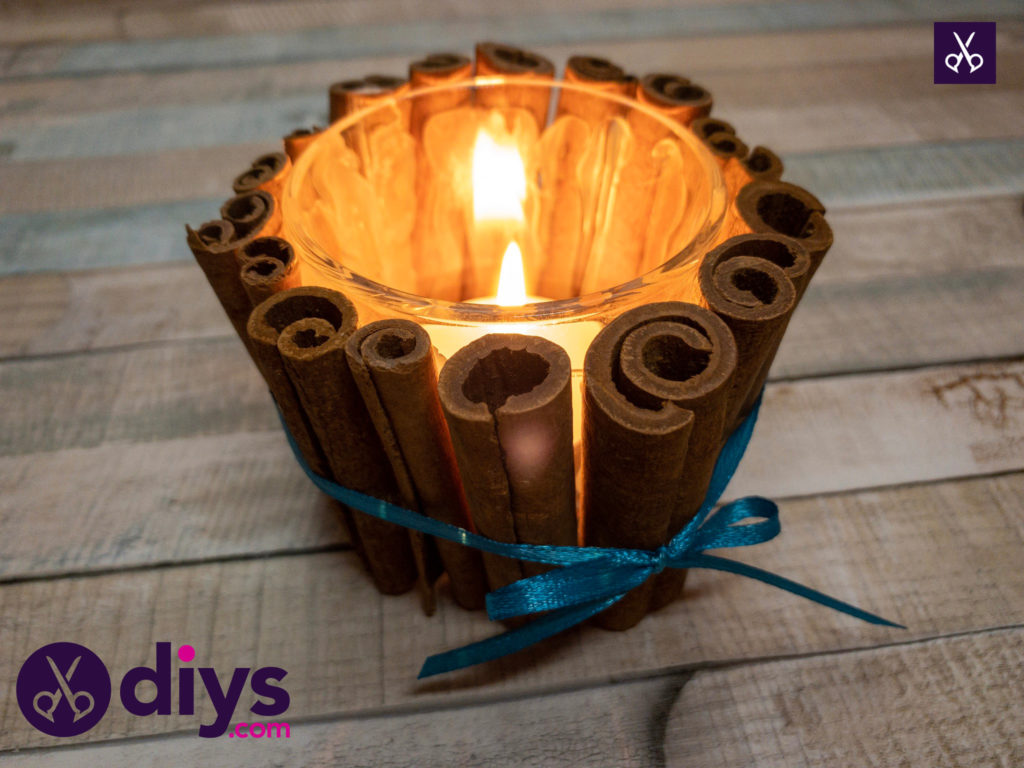 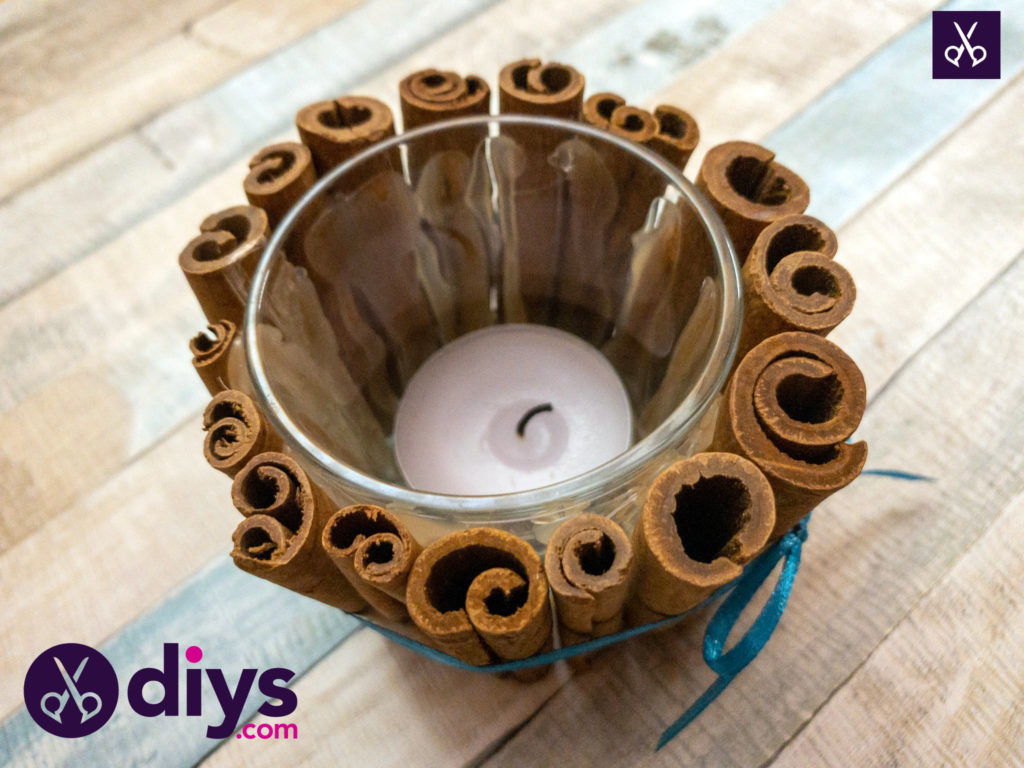 That’s how we decided to make this lovely cinnamon stick candle holder! We’ll outlined the steps for you here, but you can also find a video tutorial for this project at the very end of this post, just in case you find those easier to follow. 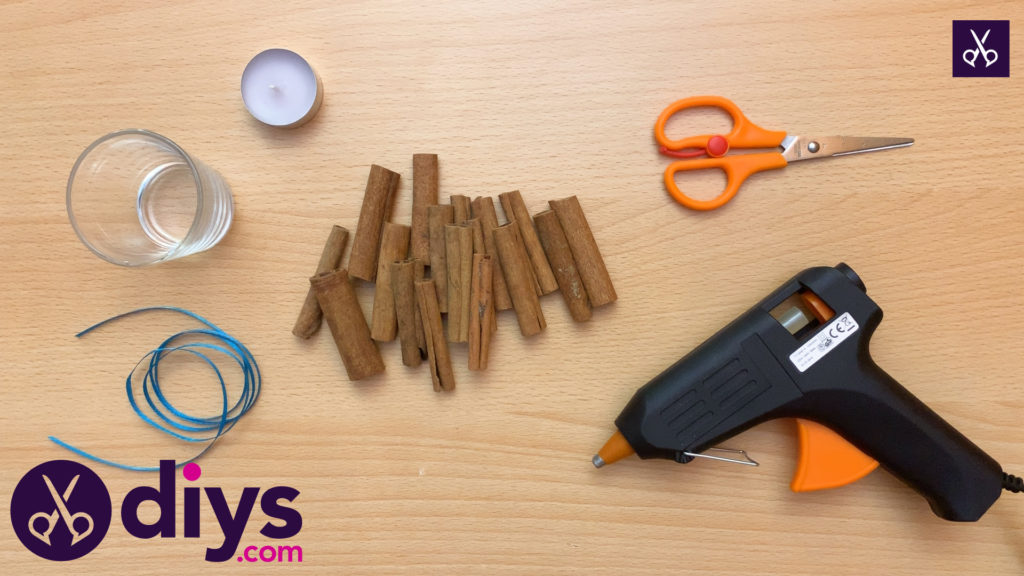 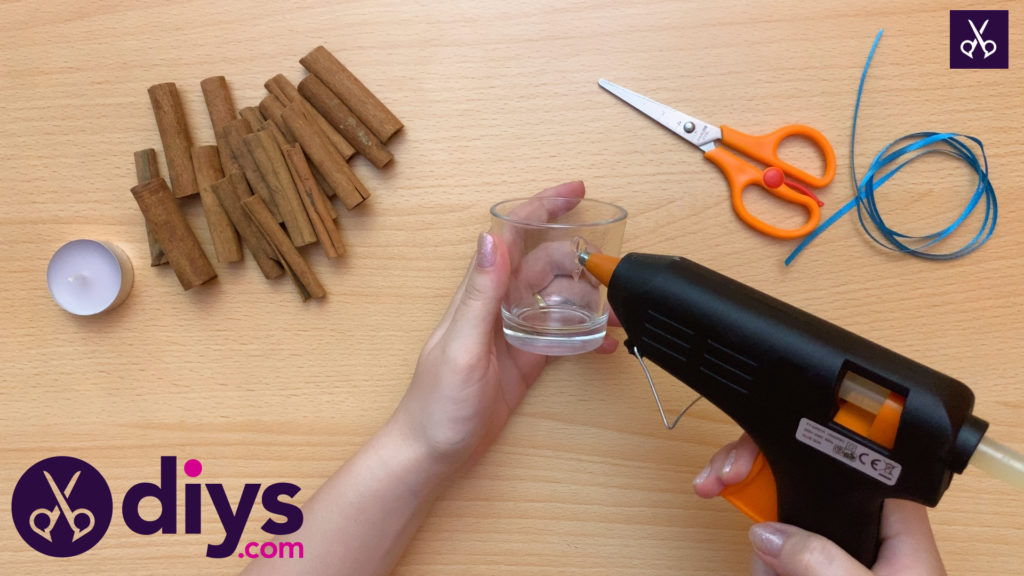 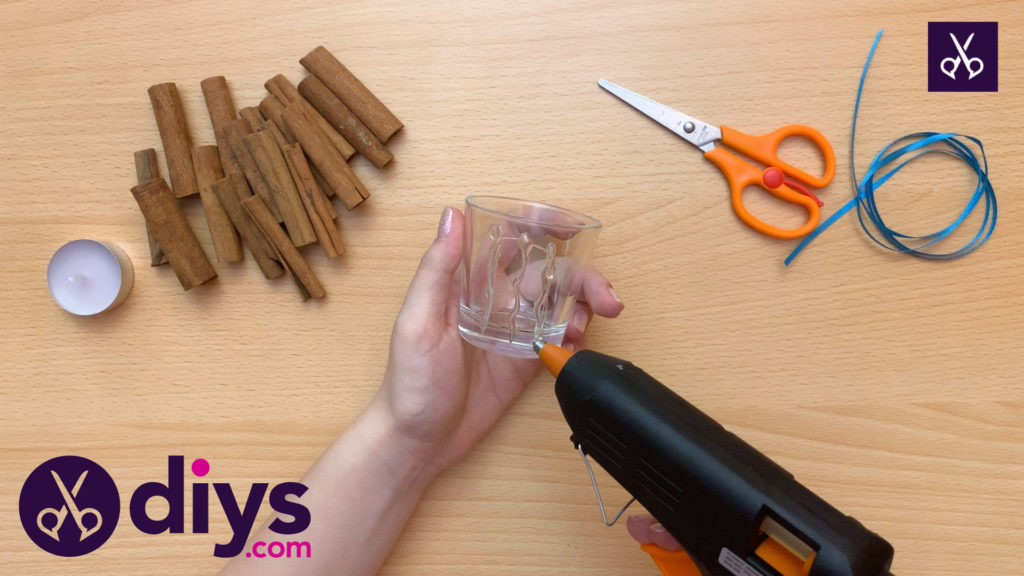 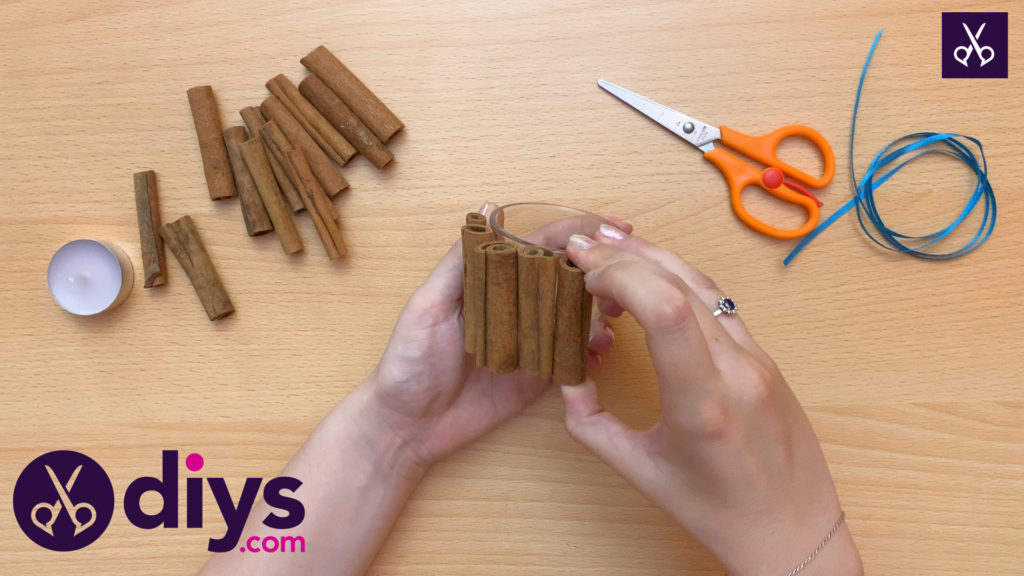 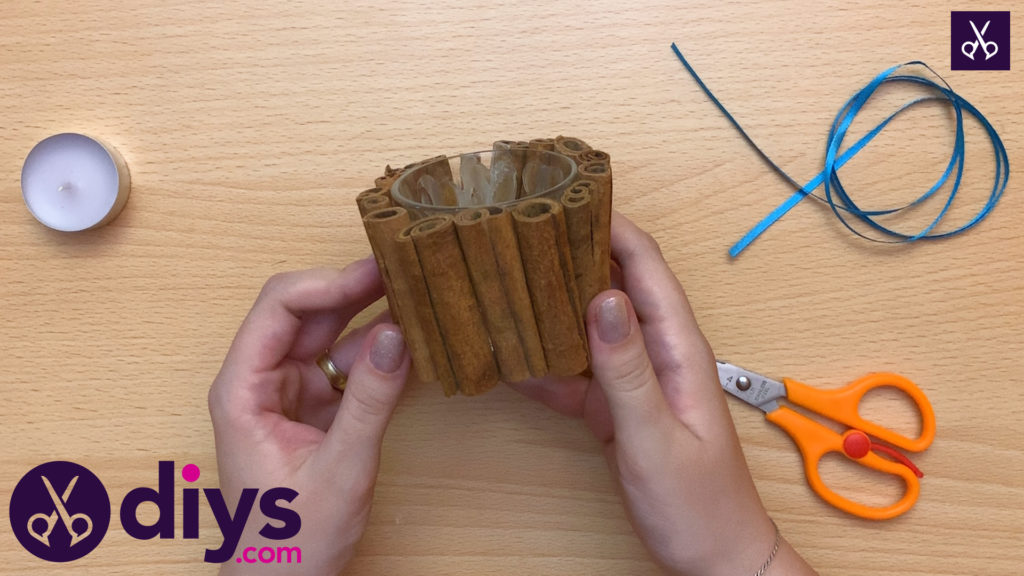 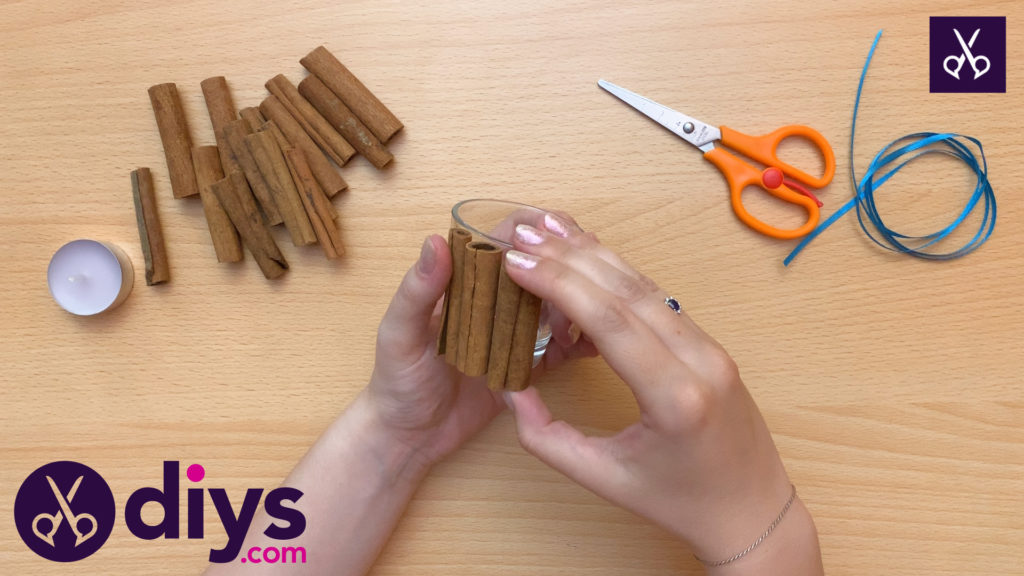 Add a pop of colour by tying a ribbon around the middle! We used blue and chose a ribbon that is quite thin and delicate looking, but you could use whatever colour and thickness of ribbon you choose. Simple wrap it around and tie it in a tight bow. 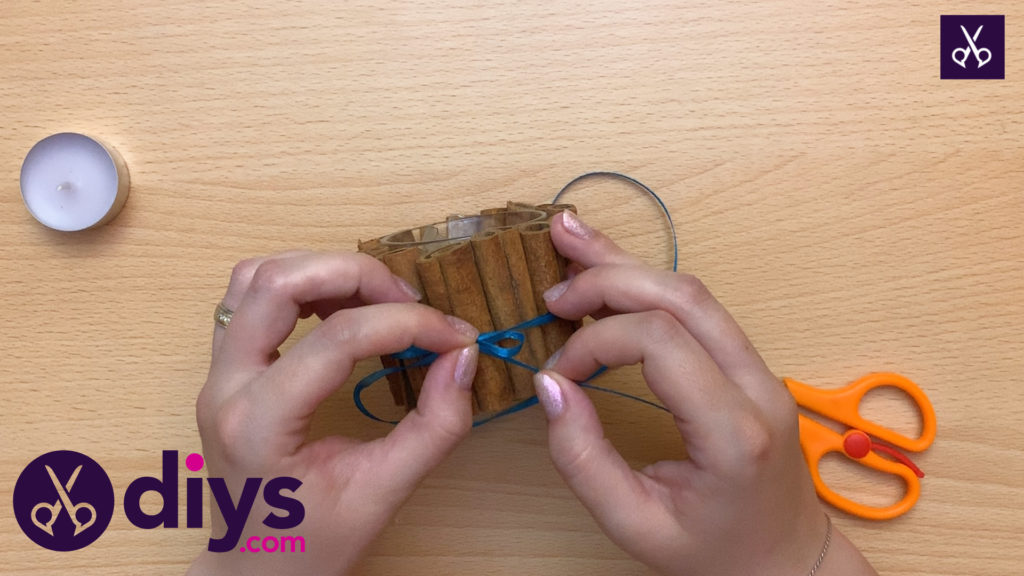 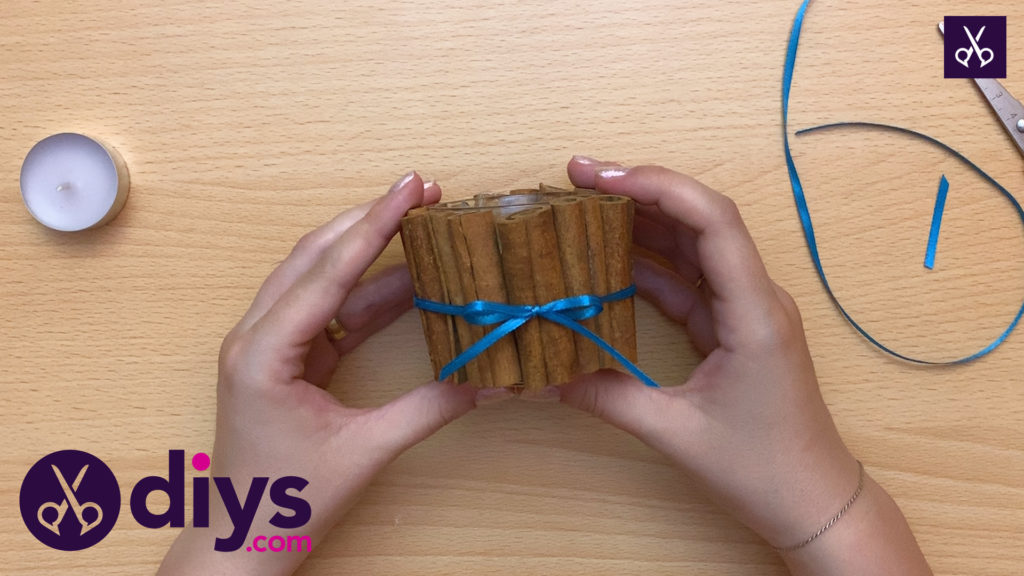 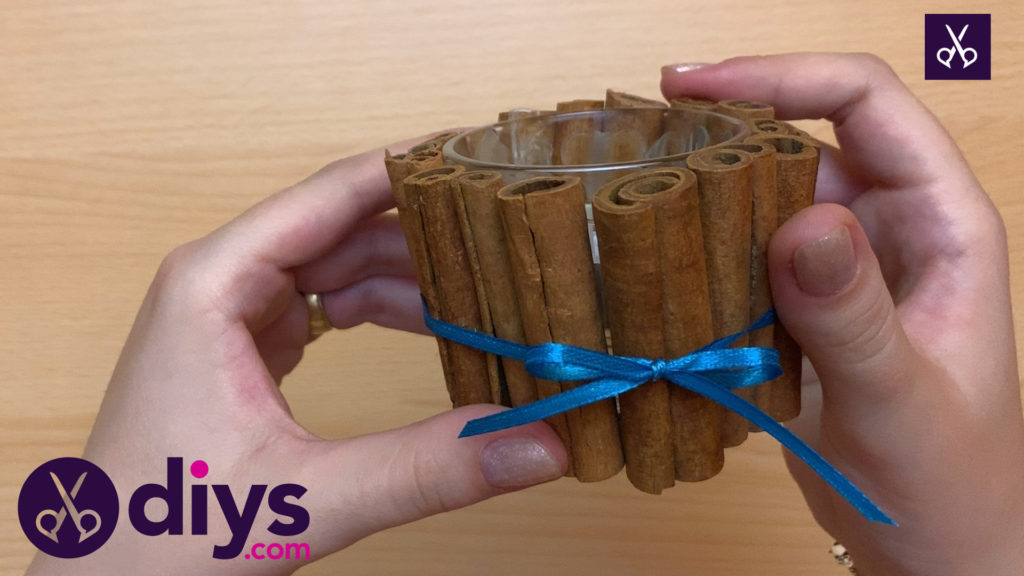 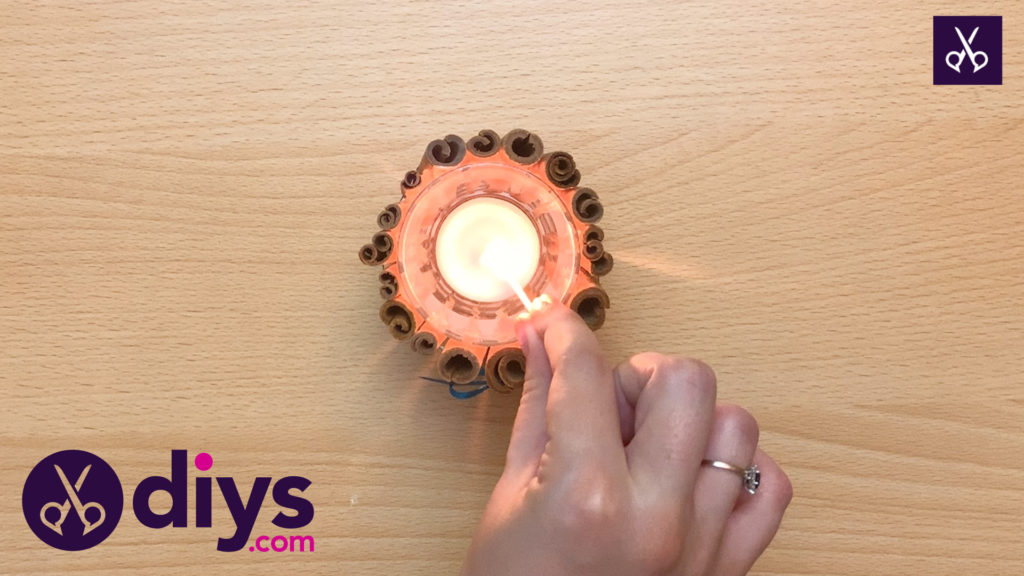 The candle itself might not be a scented one, but we think this project is a great way to add a slightly seasonal scent to any space without letting it overwhelm the whole room, thanks to the subtle aroma of doing just about anything with real cinnamon sticks! 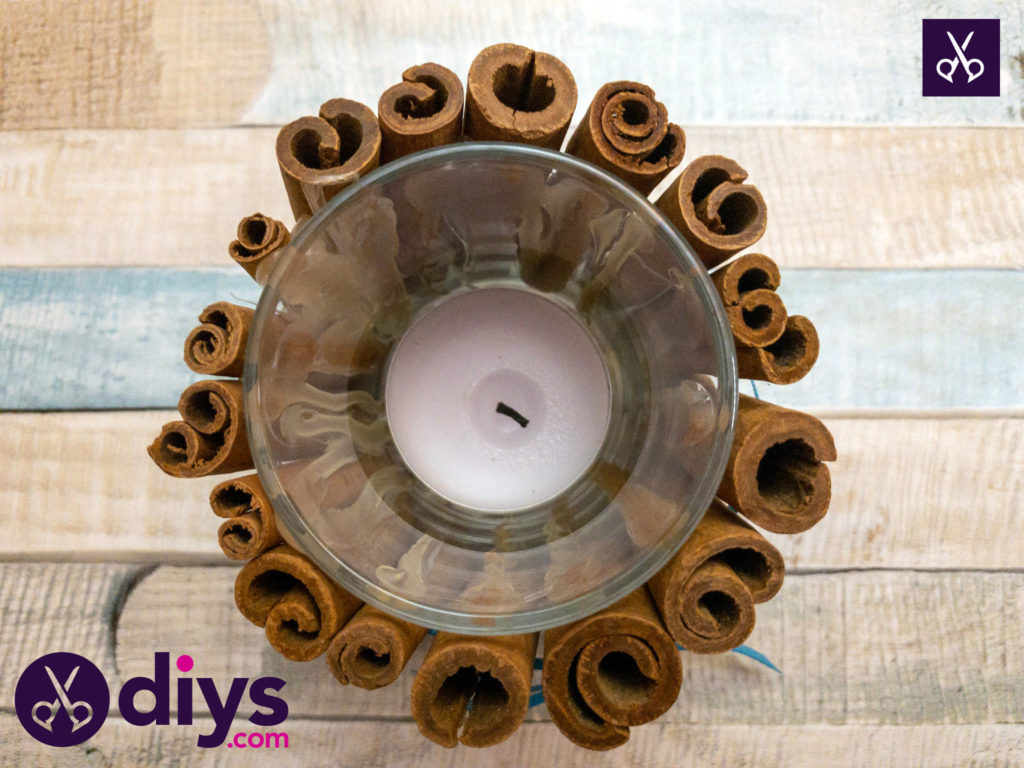 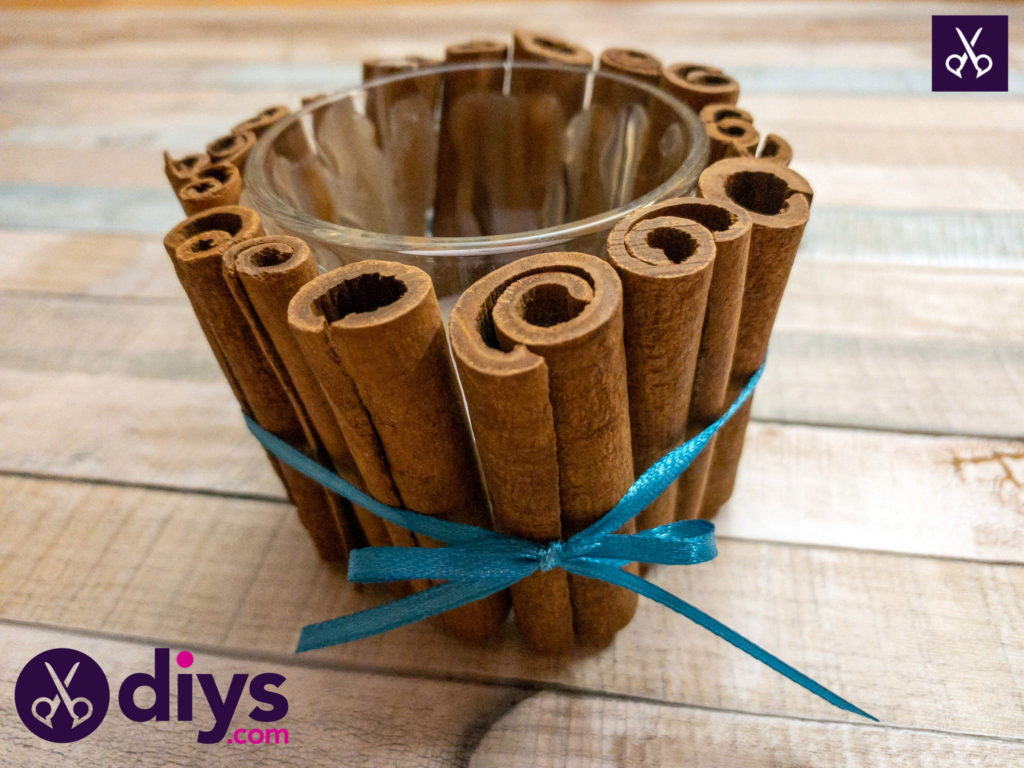 Find a full video tutorial for this fantastic project here! 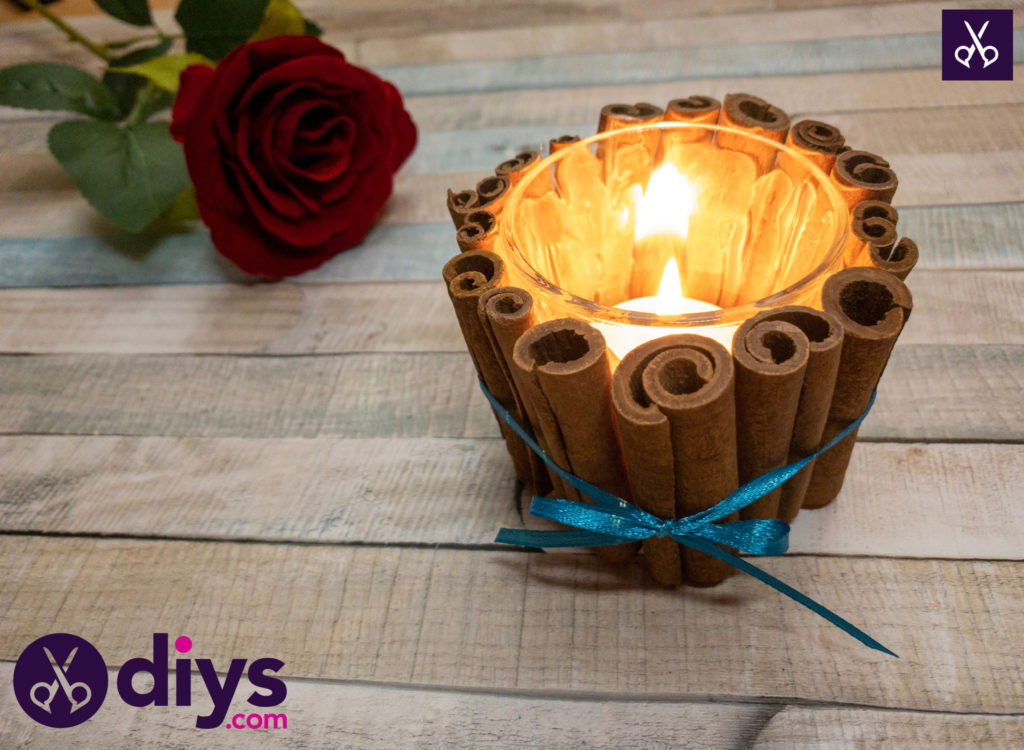 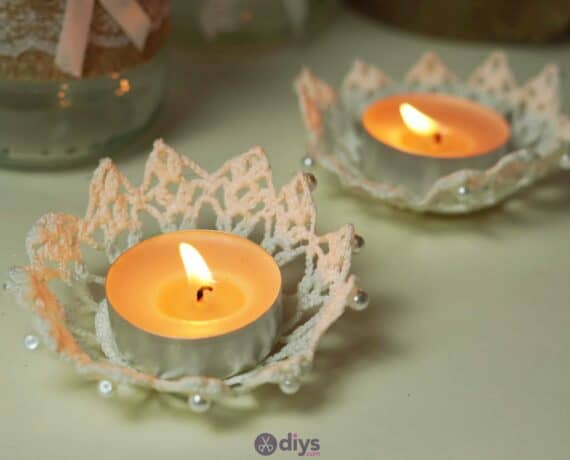 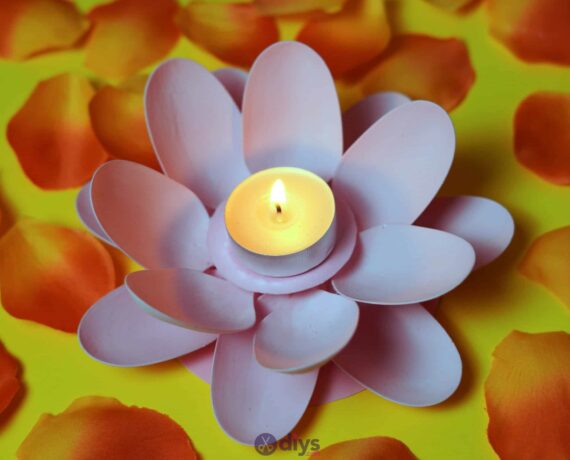 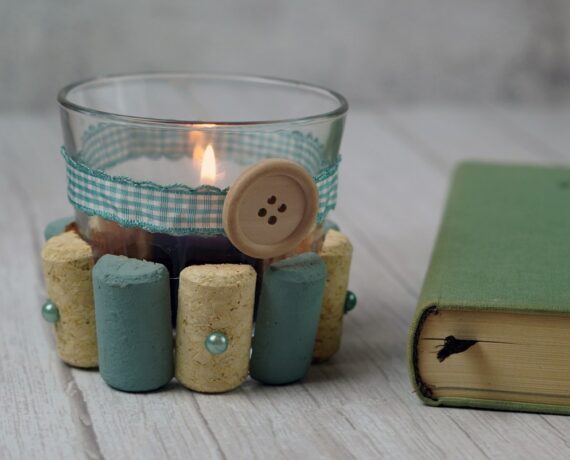 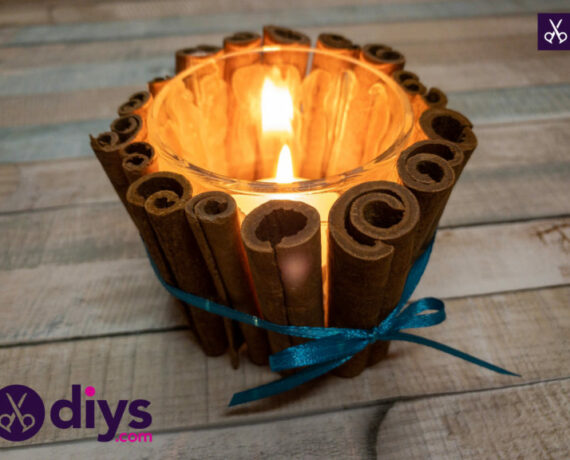 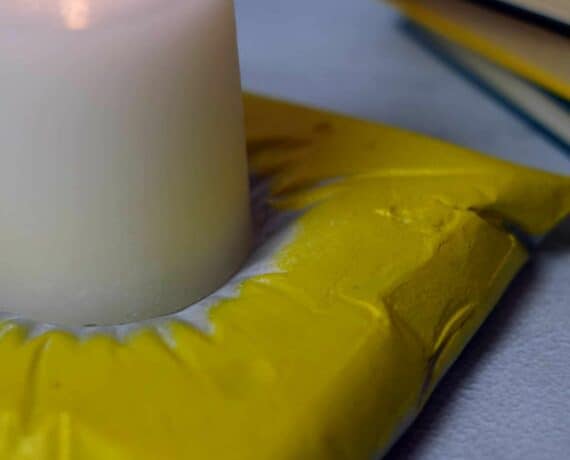 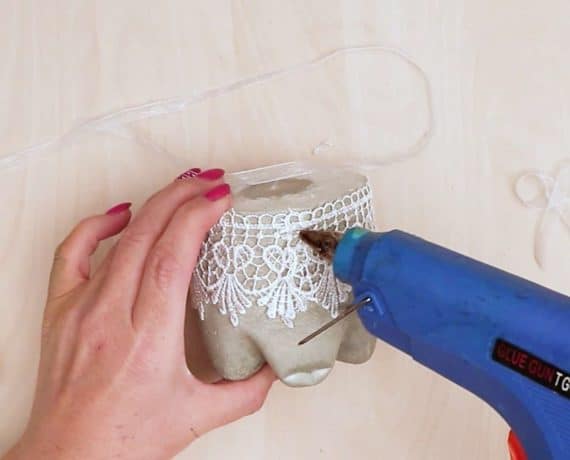 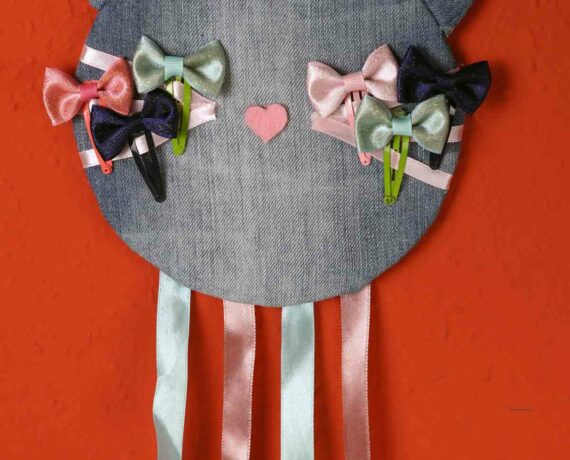