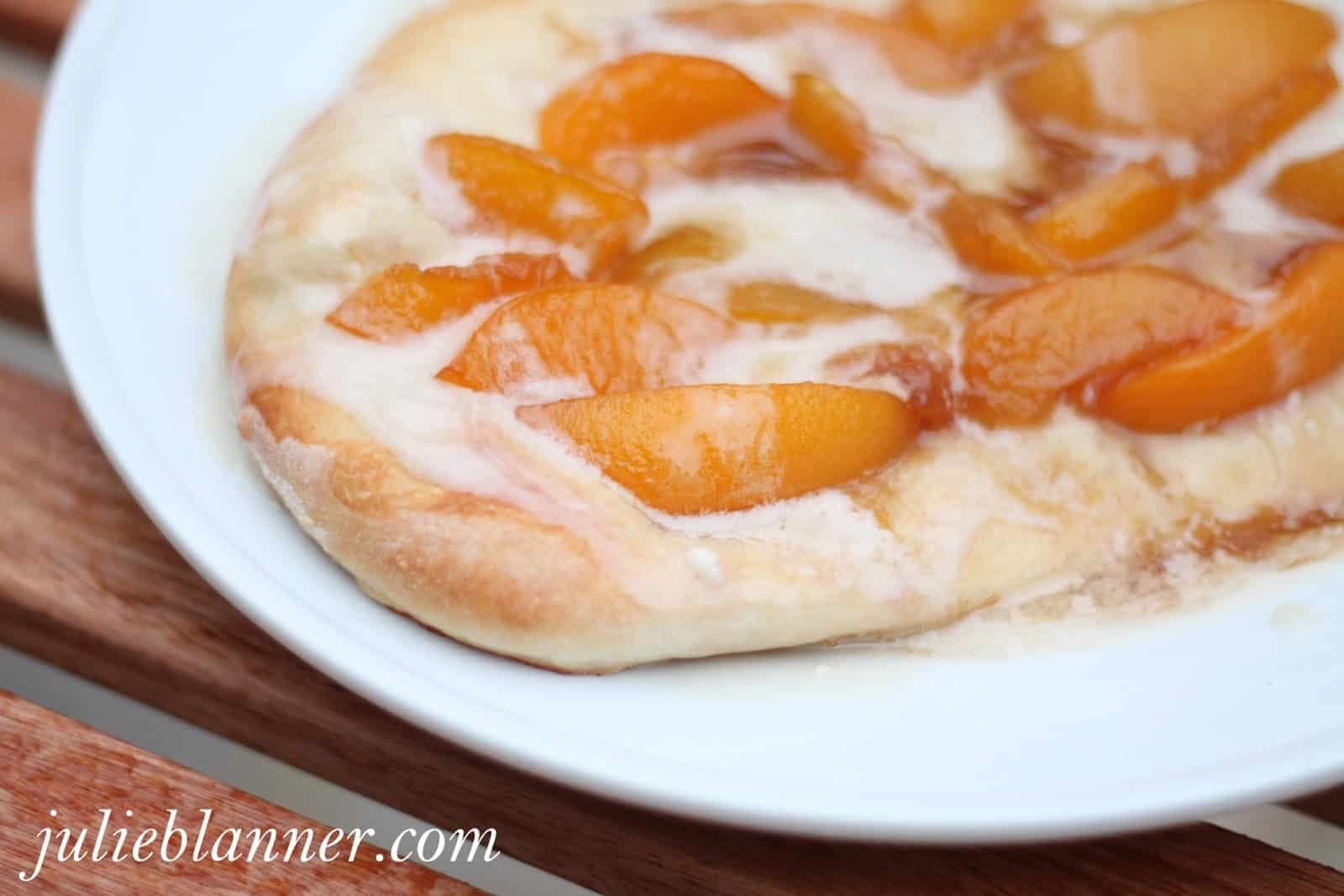 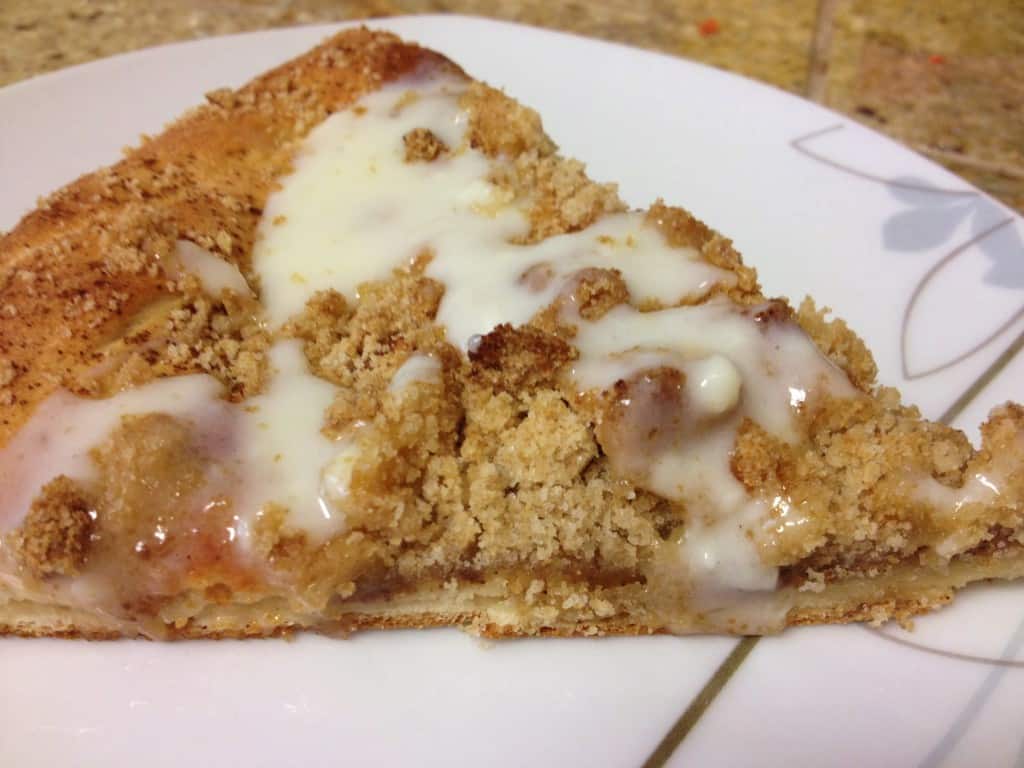 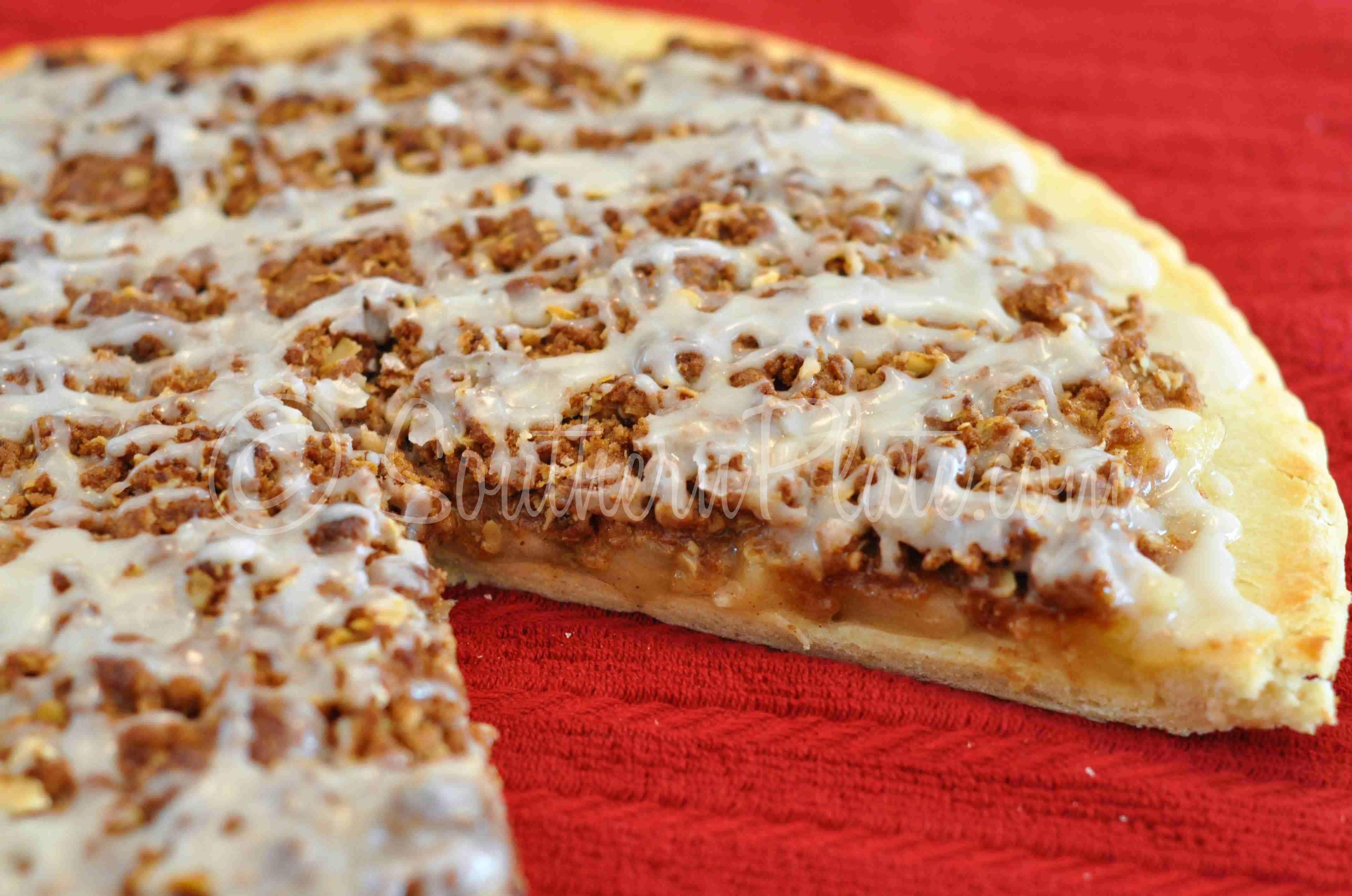 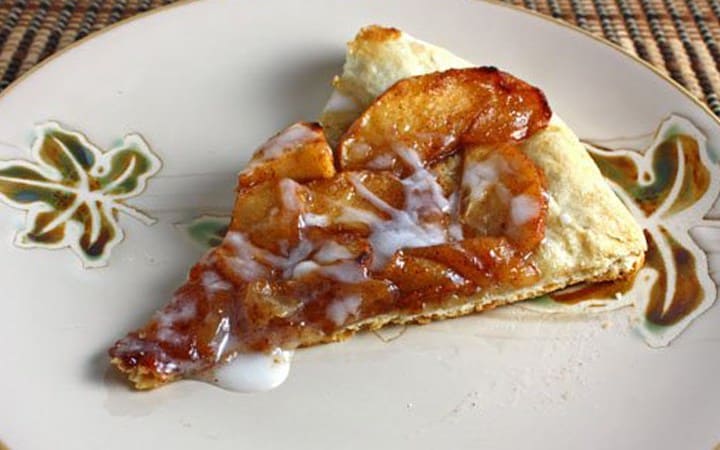 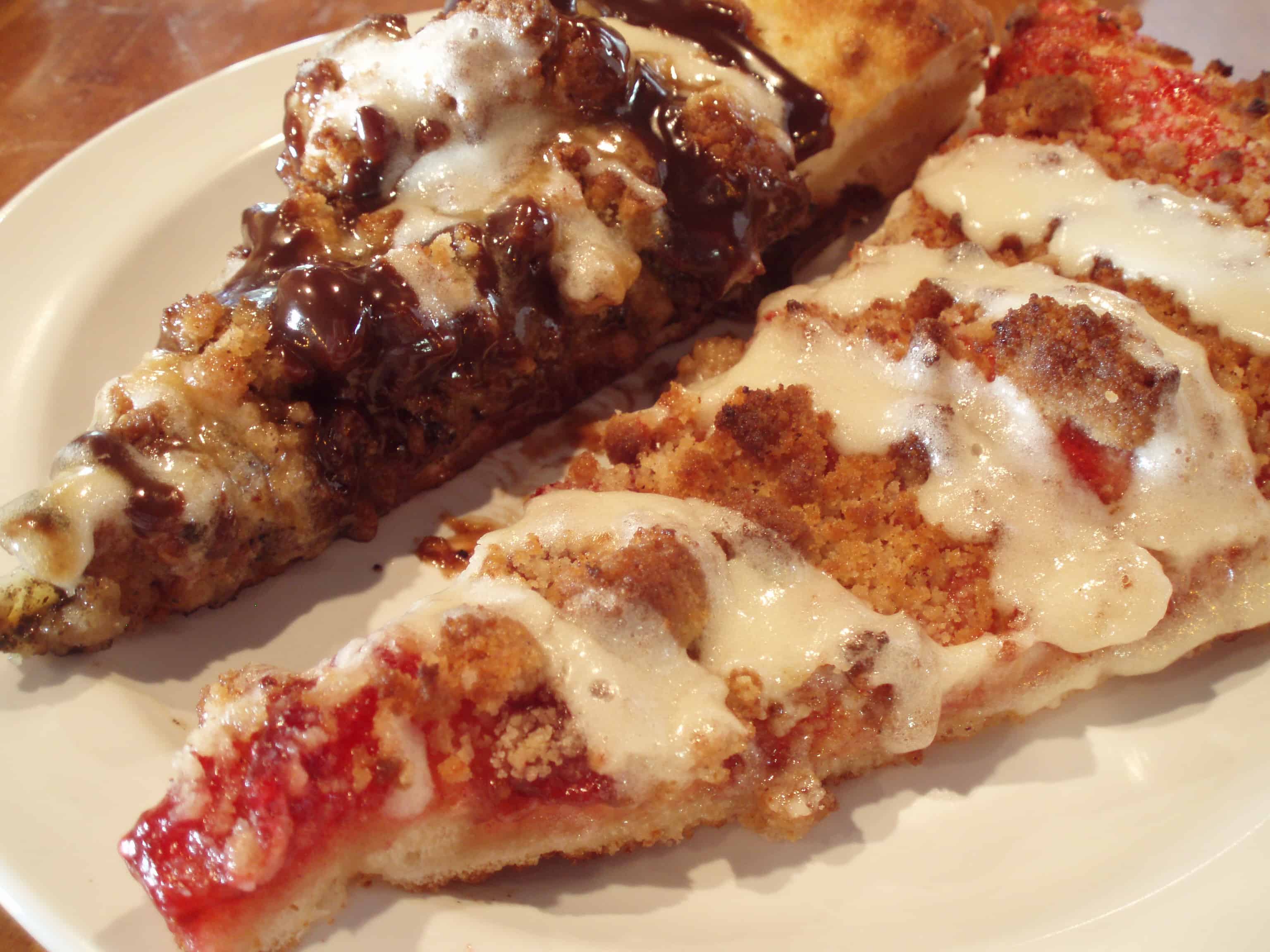 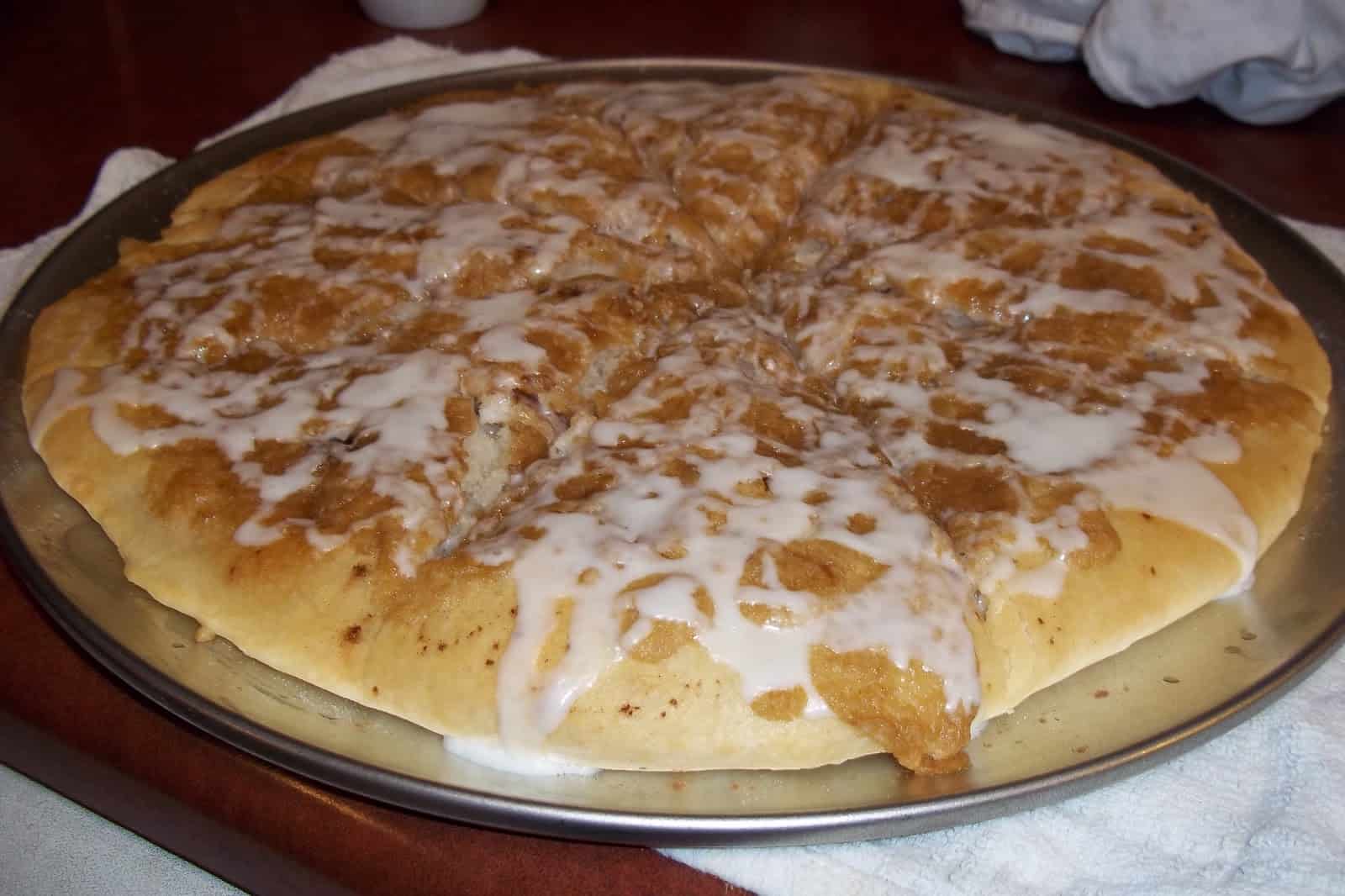 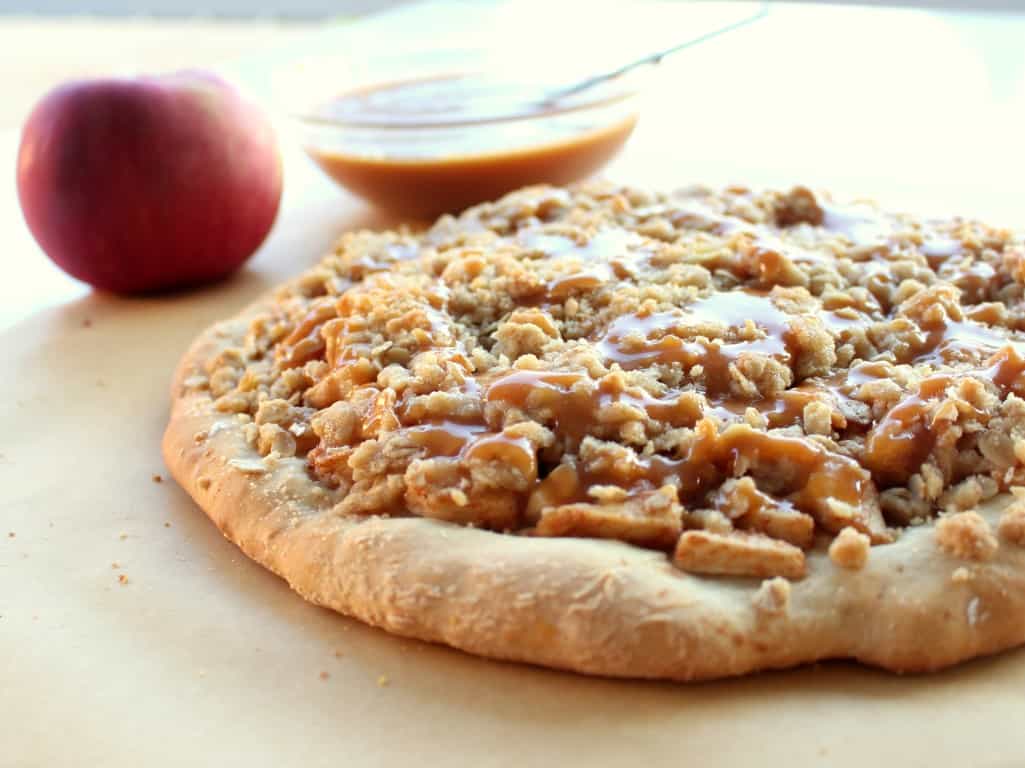 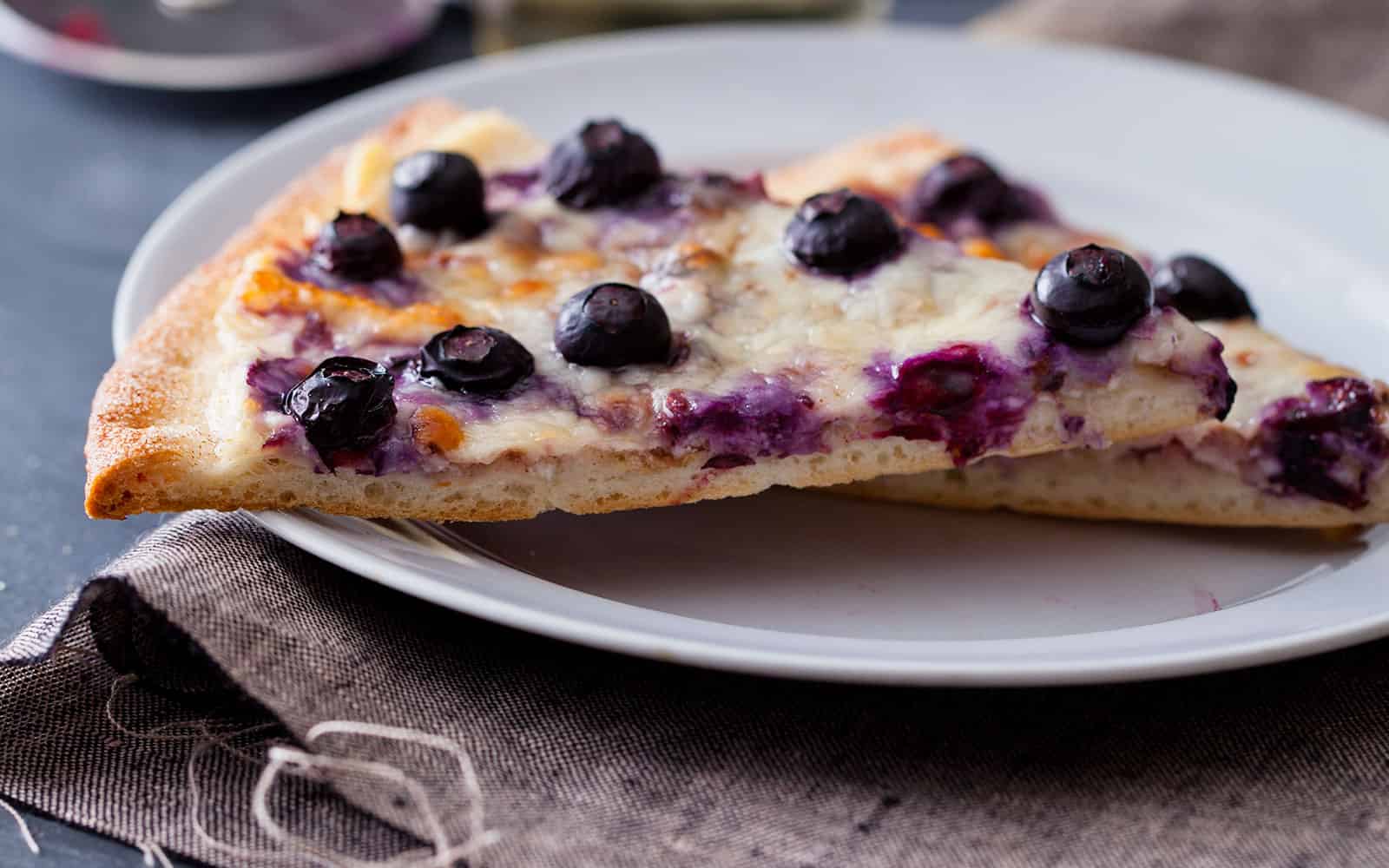 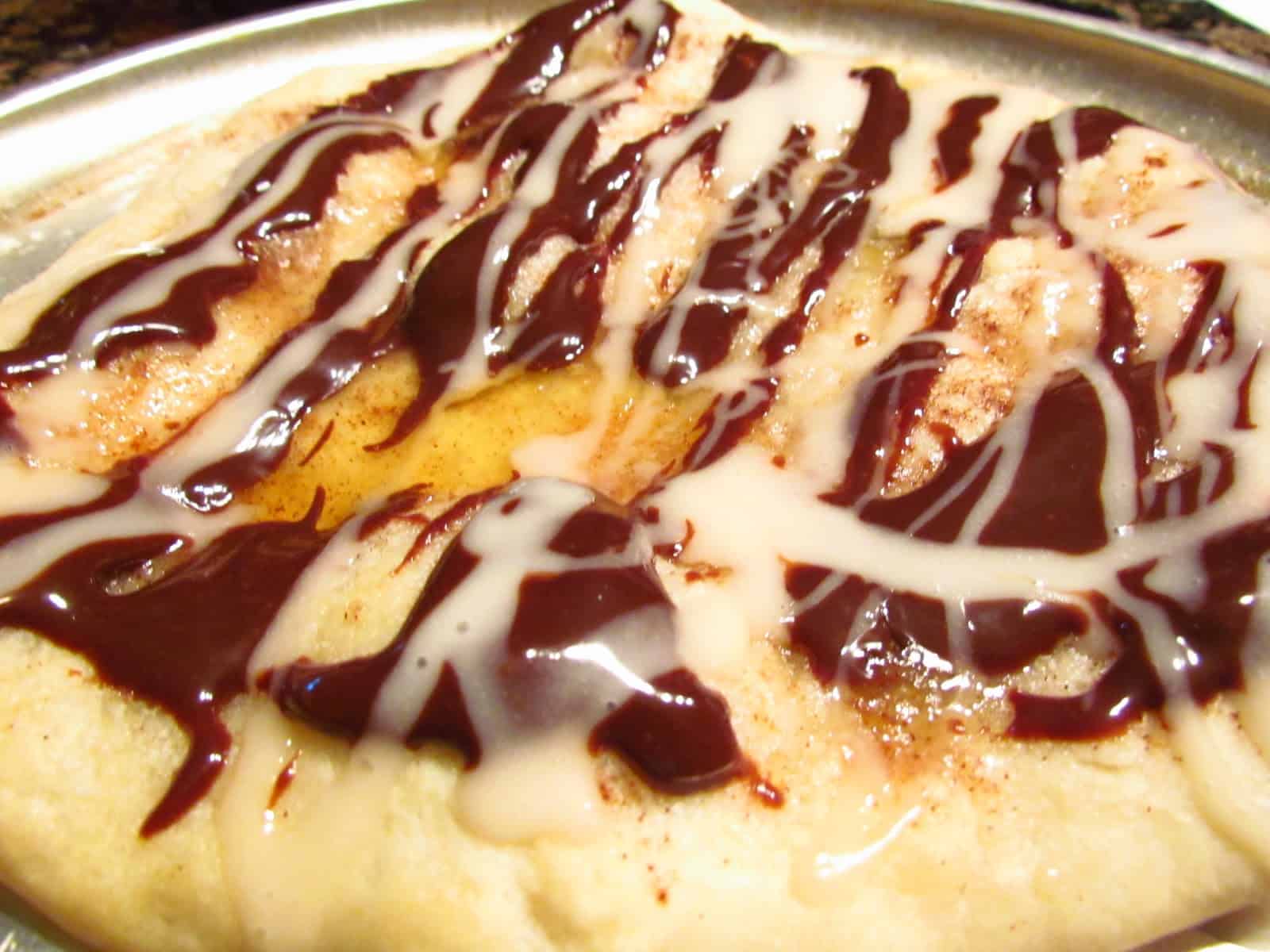 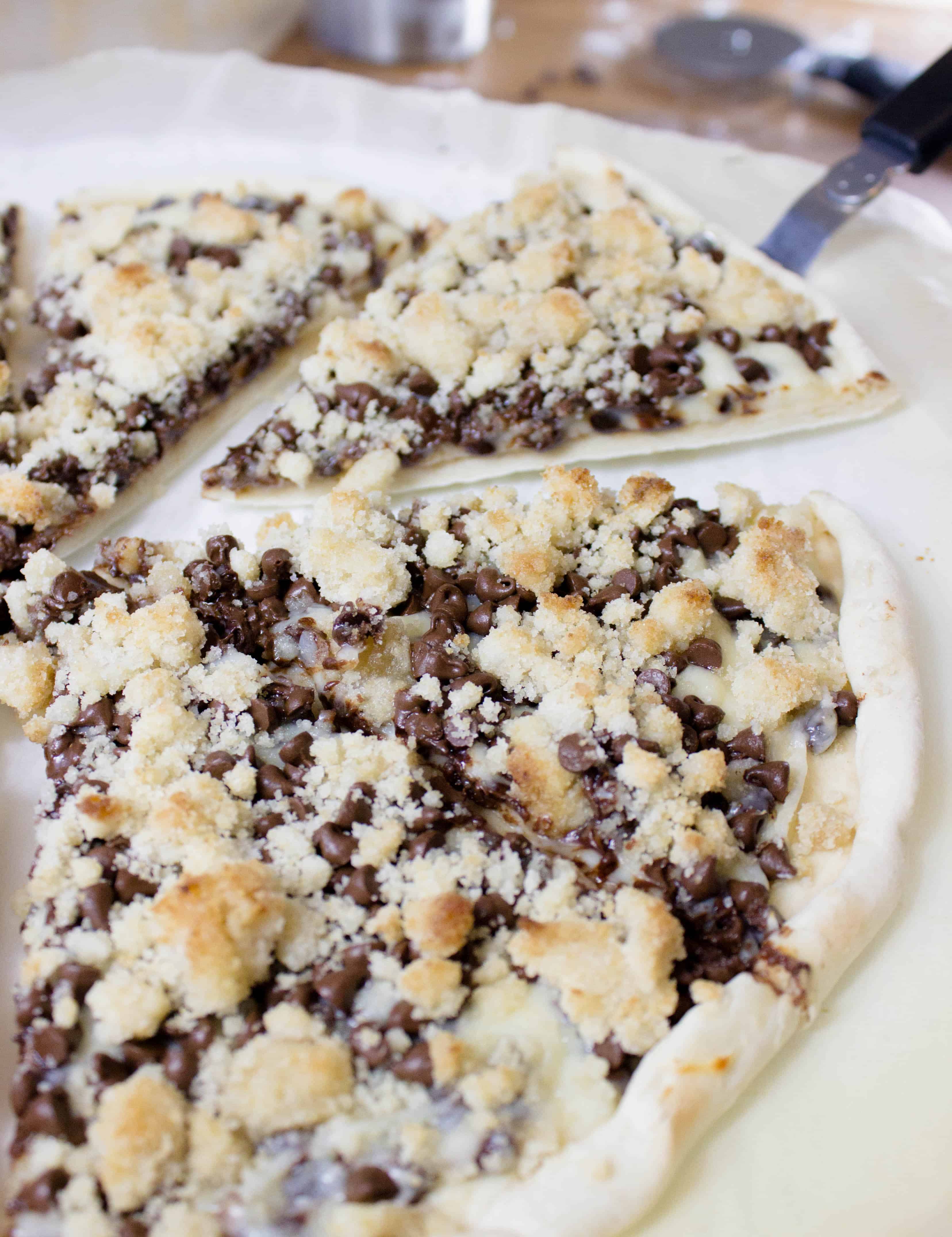 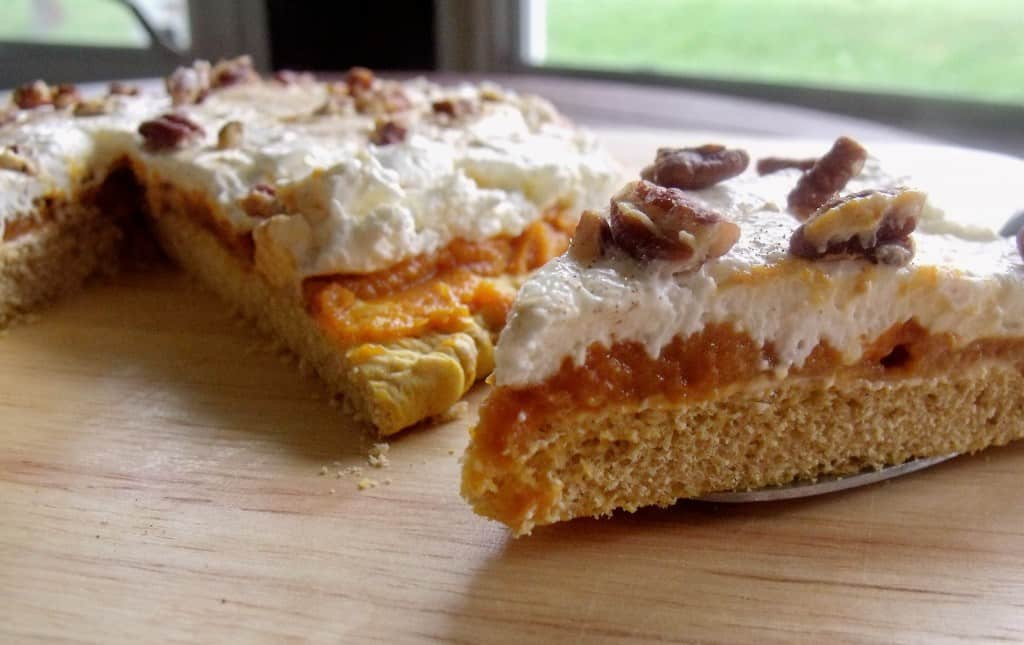 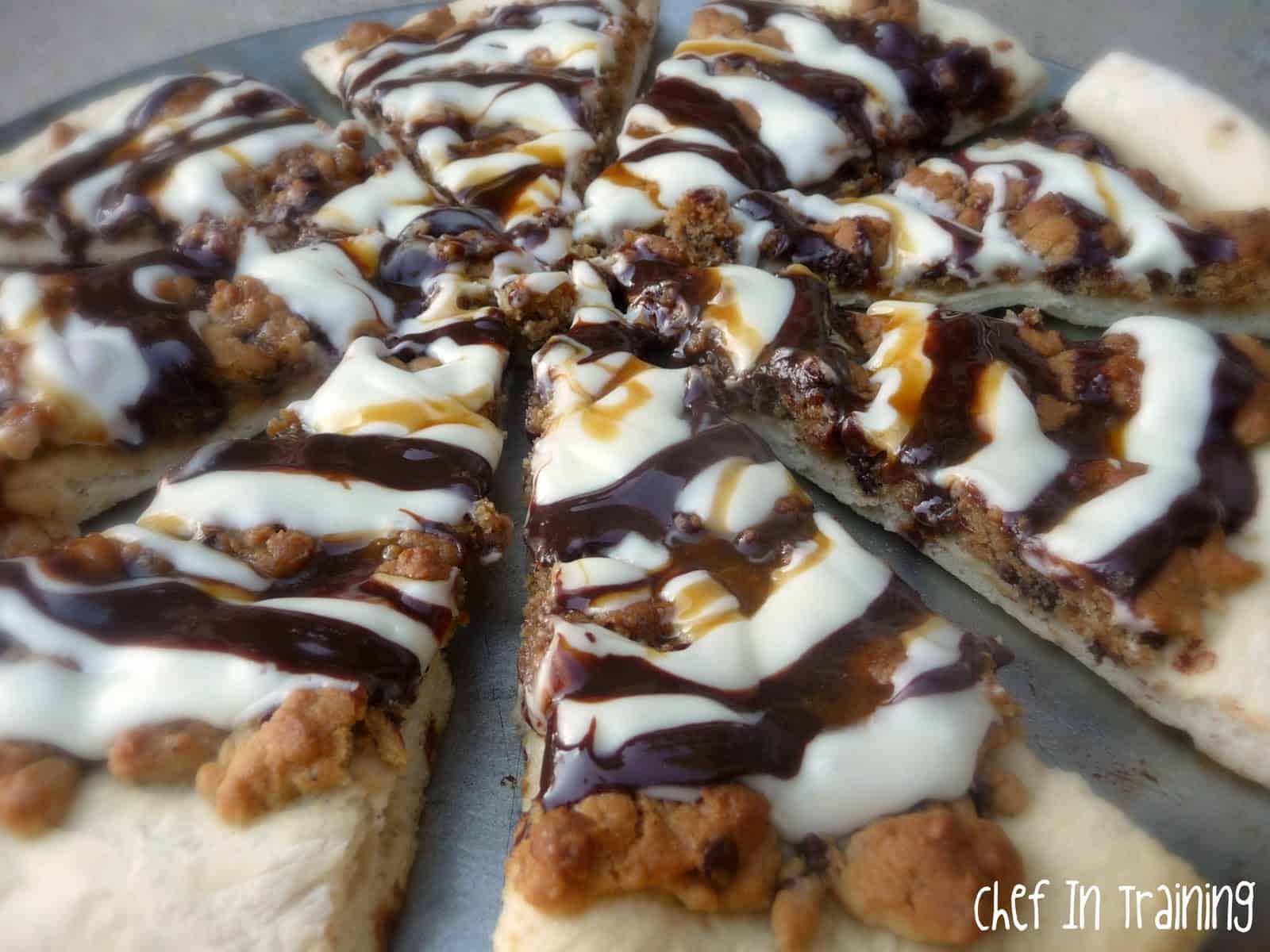 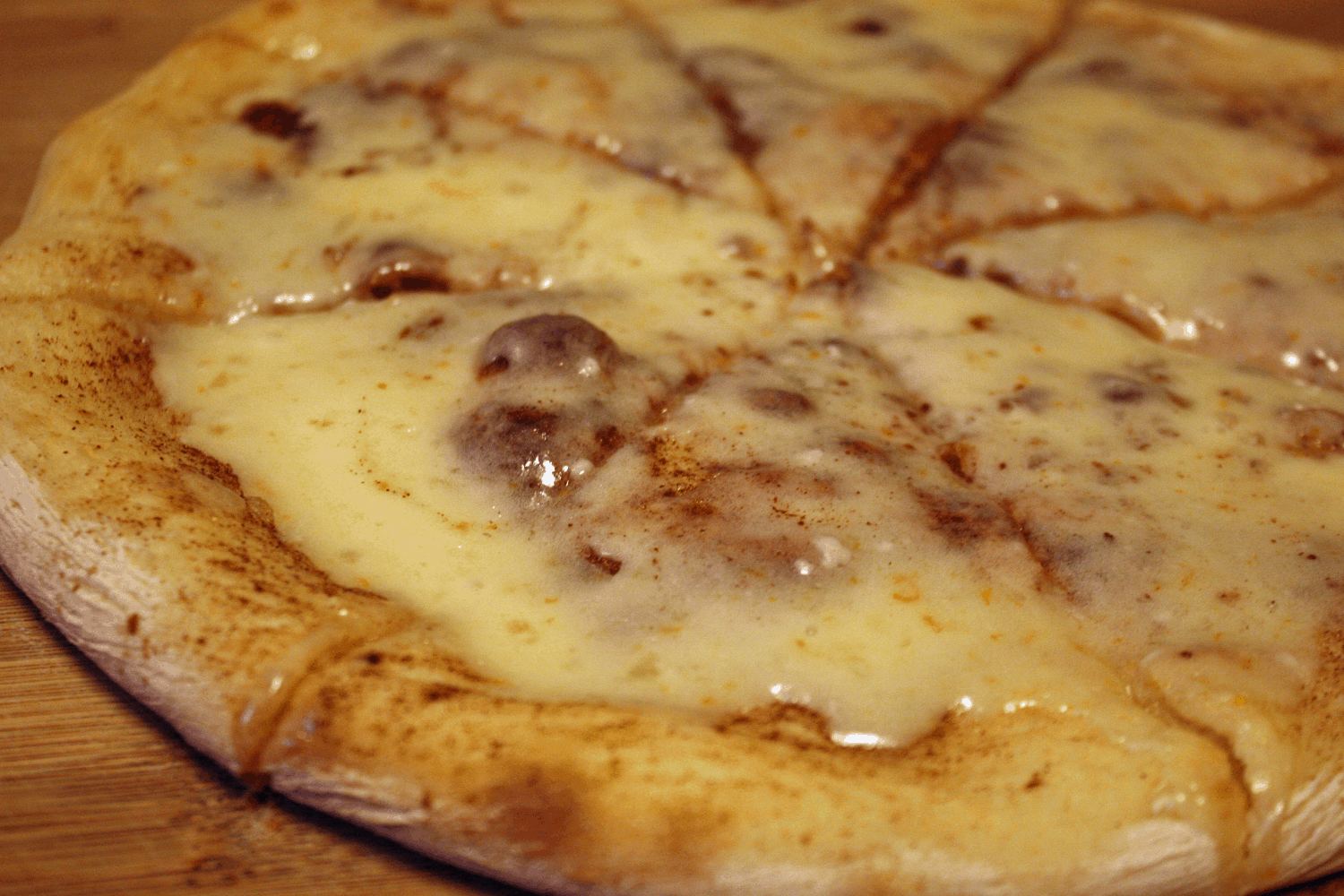 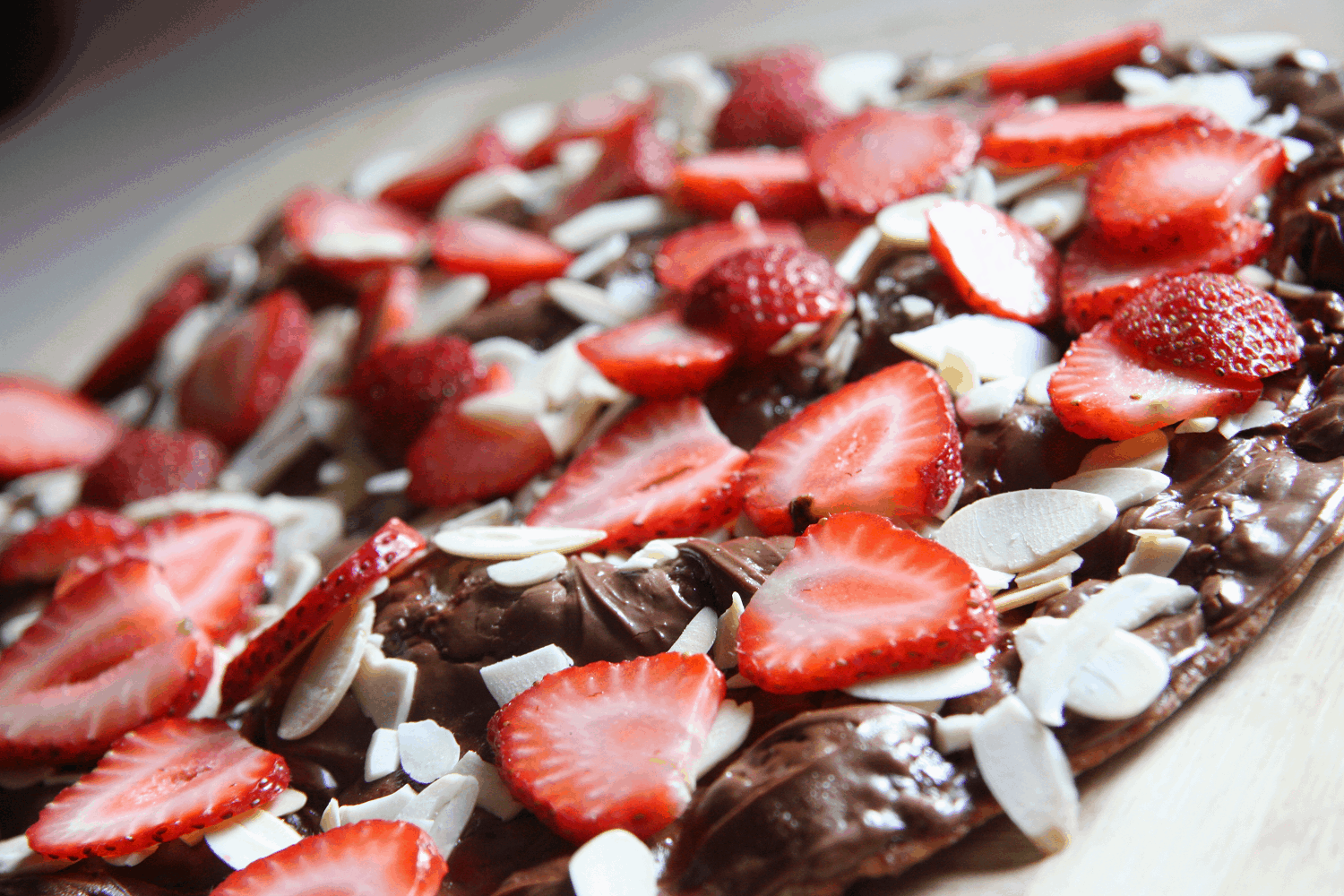 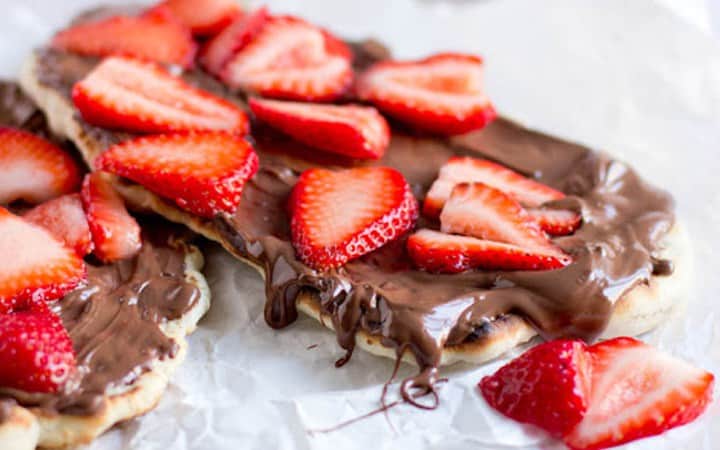 When it comes to choosing a favourite food, we have trouble pinpointing the one we really like best. Usually, our favourite foods are sweets and baked good because, if we’re being totally honest, we have a huge sweet tooth. There is one thing, however, that we love eating more than basically anything- we’re obsessed with pizza! Unlike most who love it, however, it’s actually not the delicious, perfectly spiced tomato sauce or the gooey, warm melted cheese that makes us love pizza so much. It’s actually simply the way the different ingredients layer on top of each other on the warm dough to create an awesome blended taste that we love so much, regardless of what the toppings themselves are. Of course, that’s not to say we don’t have preferences when it comes to pizza; it’s just that we love the concept as a whole! Given that and our love of sweet, baked goods, imagine how incredibly excited we were, then, when we first stumbled across the delicious idea of a dessert pizza! The moment we found one recipe, we couldn’t help searching for and bookmarking more so we could try all different kinds.

Just in case you’re as intrigued by the mouth watering concept of a dessert “pizza” as we were, here are 15 of the best, most irresistible dessert pizza recipes we have come across or even tried out for ourselves so far!

Particularly around this time of year, when the weather is getting warmer and certain fruits and berries are coming back into season for the summer, we start to crave peaches. We love all kinds of fruits but peaches are our absolute favourite! That’s why we were so pleased when we came across this peaches and cream dessert pizza recipe featured on Julie Blanner. They show you how to make a sweet dough, as well as how to top it with a delicious creamy icing drizzle poured over glazed peach slices laid across the top.

Perhaps it’s just our love for the ways that more modern dessert recipes tend to mix elements of other desserts and baked goods together to make delicious hybrid treats, but since the very first time we tried making ourselves this cinnamon brown sugar streusel pizza featured on Hungry Little Girl, we’ve had to make a very concerted effort not to keep making ourselves the same recipe over and over again every single day! The sweet dough bottom and the crumbly top make the perfect pair for the drizzle that accompanies them.

Just in case we really caught your attention with our mention of the blended recipes that combine delicious elements of different baked treats, here’s another one for your consideration and inevitable enjoyment! Southern Plate guides you through the process of making a dessert pizza that’s part iced sugar cookie and part apple pie, creating an irresistible blend of flavours that’s made perfect by adding a slight crunch in the form of crushed pecans crumbled on top.

Perhaps the phrase that has caught your attention most so far was “apple pie” when we mentioned a filling above that tastes similarly to the one you might find in that more traditional baked dish? Then we think you’ll be pretty pleased reading about this fantastic apple pie dessert pizza that shares a topping much the same as the filling you love so much. We quite enjoy this particular recipe from Yummy because it’s so thin, making it a lighter treat that won’t make you feel full and fatigued by the last bite.

Are your very favourite recipes to make at home usually the ones that mimic a well known restaurant recipe that you love ordering when you go out for dinner? We’ve always loved that too because there’s just something awesome about being able to enjoy a family favourite any time you please! That’s why we were happy to come across this particular recipe from Own Chef that is made and tastes just like the fruit and chocolate dessert pizzas from Pizza Hut.

Were you quite interested in the recipes we showed you that talked about cinnamon, sugar, and glazed icing but you’re not sure how you feel about fillings that are very gooey and you’d prefer more emphasis on the vanilla flavour of the glaze rather than the cinnamon itself? Then we think perhaps we’ve found a great alternative recipe for you! Find out how surprisingly easily it can be made on Kettle Pizza.

We’ve talked about apple dessert pizzas several times on our list so far, but they’ve been mostly cinnamon and brown sugar based so far and those are very sweet options compared to some people’s tastes. That’s why we were pleased to find this recipe that tastes more like the delicious caramel apples you might find at a state fair! Chocolate with Grace shows you how to baked the dough to perfect, prepare and place the apples, and drizzle the delicious melted caramel.

Talking about dessert pizzas is all well and good, but what if you’re here more out of curiosity and you’ve never had a pizza of any kind that didn’t involve cheese, so you’re still kind of partial to the idea of including it? Well, if you’ve ever been a fan of cheesecake or berry cheese danishes, we have a feeling you’re going to love this blueberry cheese recipe outlined on Yummy. It’s the closest thing to an actual traditional pizza that’s featured here but it still keeps a sweet, fruity taste that absolutely classifies it as a yummy dessert.

In your humble opinion, is the best part of any dessert pizza actually the dough, no matter what delicious things it’s topped with? Then perhaps, rather than piling it high with all kinds of fruits and sugar fillings, you’d rather let the dough take front and centre place in your dessert and simply add a sauce or drizzle? Well, we have a feeling this recipe from Call Me PMC, which involves chocolate sauce, vanilla glaze, and a mouth watering pool of melted butter in the centre. Every bite practically melts in your mouth!

Earlier on our list we mentioned a dessert pizza recipe that’s based on a sugar cookie and that was one we’ve actually tried in real life, which we thoroughly enjoyed. We must admit, however, that there’s one type of cookie that we liked even more than sugar cookies and that we very much looked forward to finding dessert pizzas based on as well; chocolate chip cookies have always been a huge favourite of ours! That’s why we were thrilled to stumble across this chocolate chip dessert pizza recipe outlined on Sugar Spun Run.

Have you been thinking about dessert pizza recipes that involve cheese ever since we talked about the blueberry cheese dessert that we showed you earlier on our list? Well, if you’re feeling very enthusiastic about the cheese aspect of things but not so good about the blueberries, then we have a nearly irresistible alternative for you to try instead! Check out how Yummy made this fragrant pumpkin cream cheese dessert pizza with candied pecans on top that tastes just like fall (even though we fully admit to making it all year round because we love it so much).

If you’re going to make yourself a fully homemade dessert pizza and go to all that effort, would you rather make yourself one that’s completely decadent to the point that it’s almost gourmet? Then here’s another recipe that will let you combine all kinds of delicious treat ingredients in one place, but even more than the other recipes we’ve named off so far! Take a look at Chef in Training to see how this Oreo cookie dough dessert pizza was made in just a few surprisingly simple steps!

We’ve shown you plenty of recipes involving cinnamon, but our favourites are undoubtedly those that involve fruit. Unfortunately, though, they nearly always involve apples and, while we do love both apples and cinnamon, especially together, sometimes it’s nice to switch things up a little bit just to keep them interesting. That’s why we were so pleased to come across this cinnamon orange dessert pizza from A Slo Life! This is another one that’s great for the cheese lovers in your family.

It’s been all well and good for us to outline these deliciously sweet pizza recipes, but what if someone in your family or circle of friends is actually gluten intolerant and can’t enjoy the dough? Then we’d suggest trying out this equally delicious gluten free version of dessert pizza instead! We love the way Gluten is The Devil not only teaches you how to make the diet friendly dough but also how to top it with chocolate spread, strawberry slices, and slices of almond.

Does the combination of chocolate spread and strawberry slices on a dessert pizza sound so good to you that you can hardly keep yourself from drooling over the recipe but you’ve never liked the way gluten free recipes taste because the substituting ingredeints don’t agree with tour stomach? Then here’s a version of the recipe that simply helps you with the toppings and tells you how to make a regular sweet dough instead! We love the way Yummy uses Nutella as their spread, adding a rich hazelnut taste to the mix as well.

Have you made other delicious kinds of homemade dessert pizzas that your family and friends totally adored but you don’t see that same flavour on our list? Tell us all about how you did it or link us to photos and the recipe in the comments section!