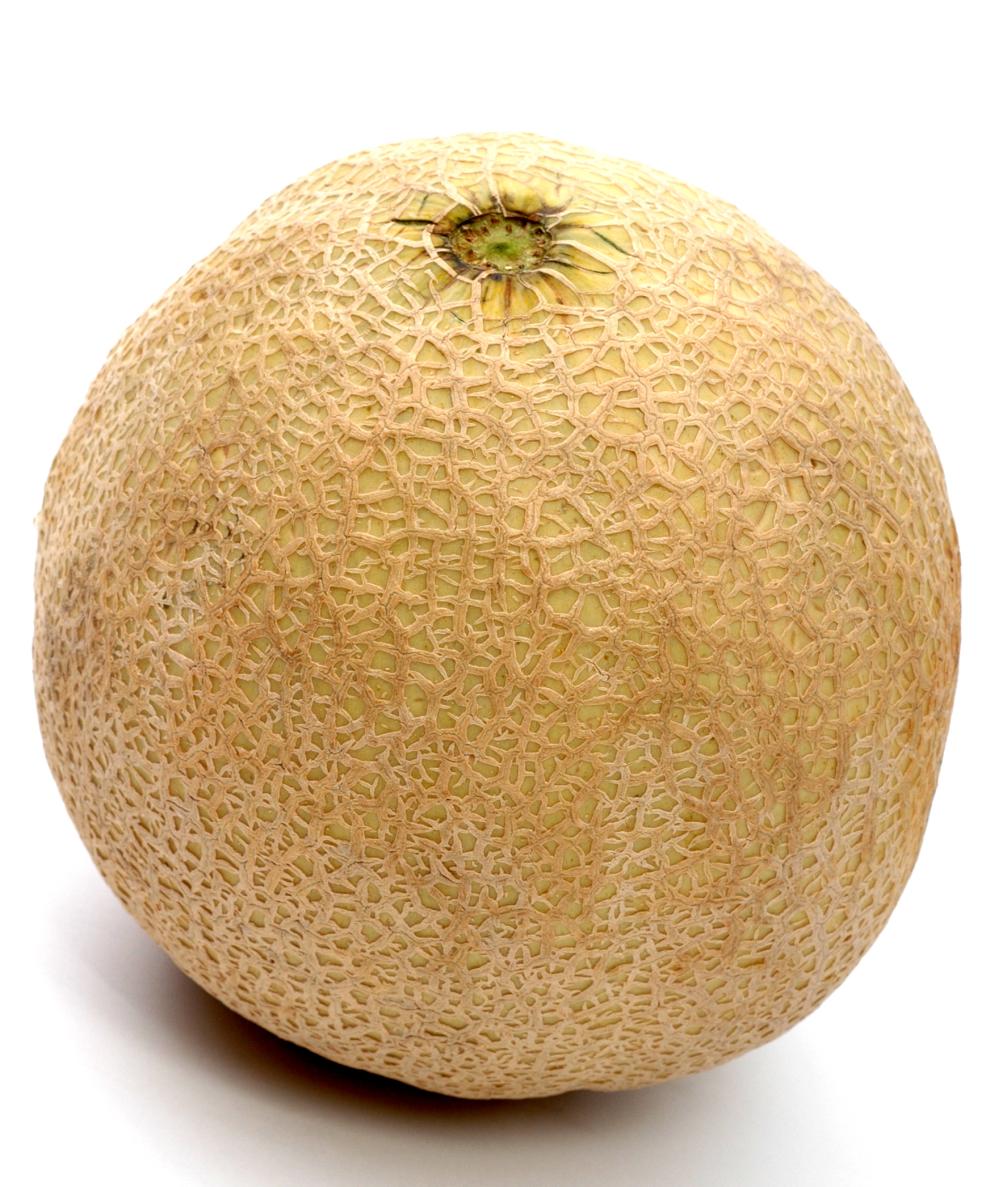 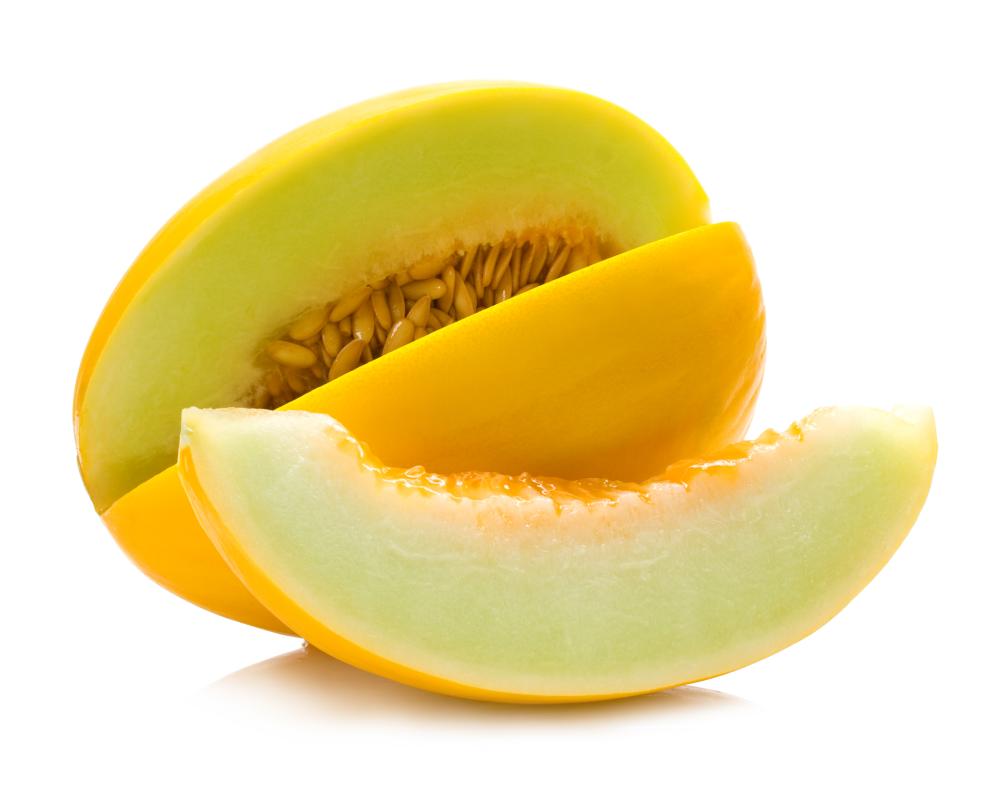 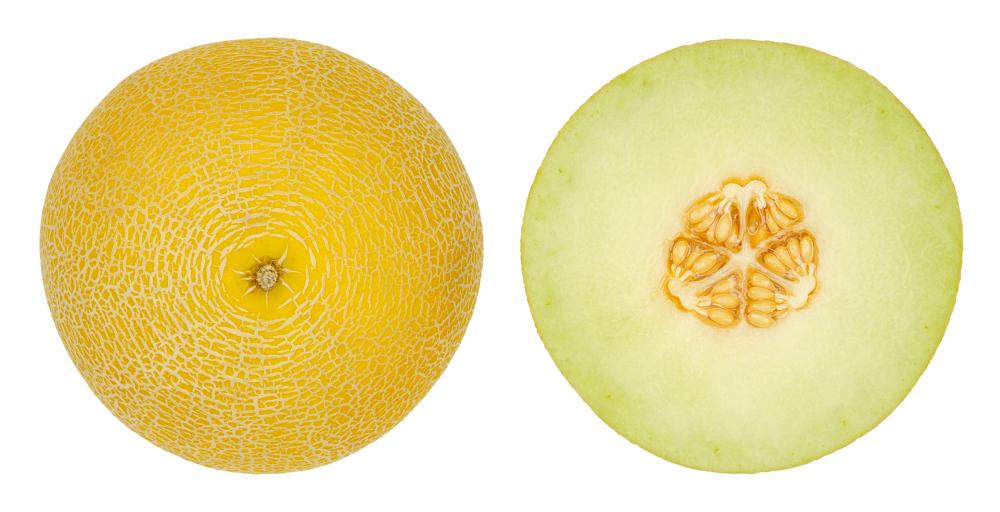 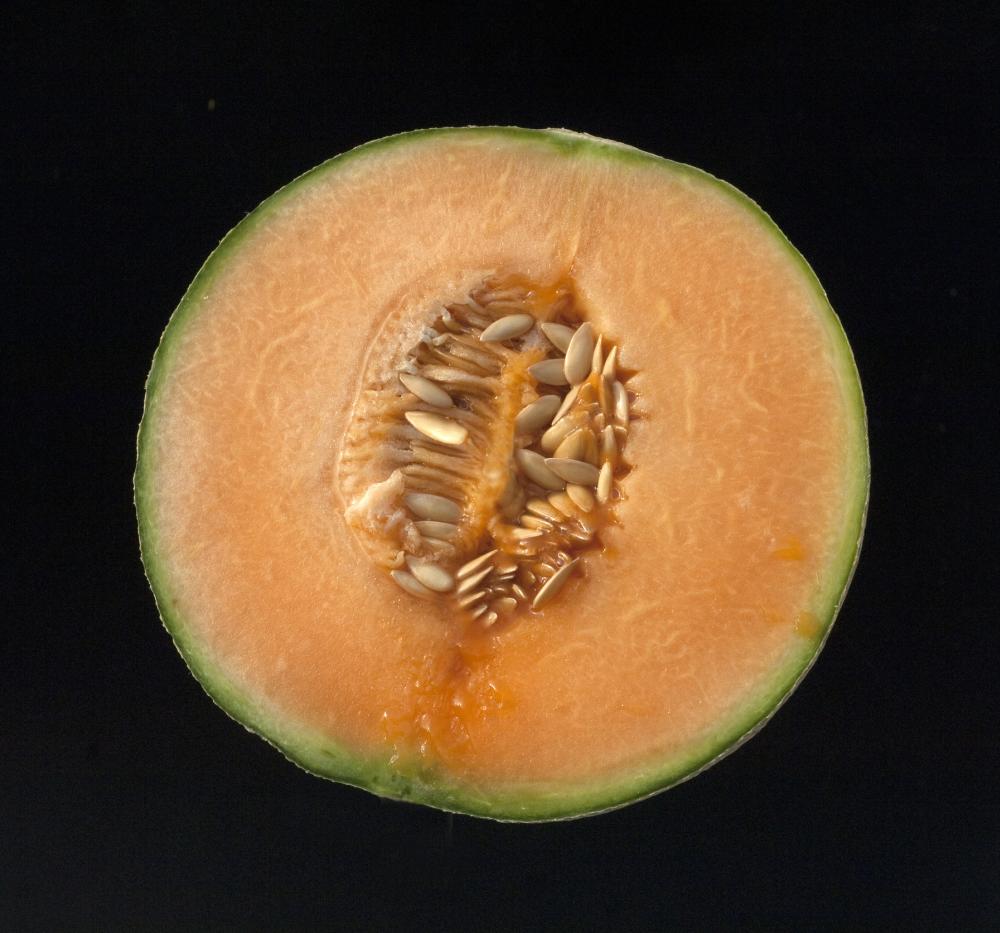 Cantaloupe is the king of melons. Whether you actually believe that or just treat cantaloupe as another juicy fruit, there’s no denying that this fruit has a lot going for it.

Packed with vitamins K and C and enough phosphorus to make a bug glow at night, cantaloupe is a delicious melon in its own right. 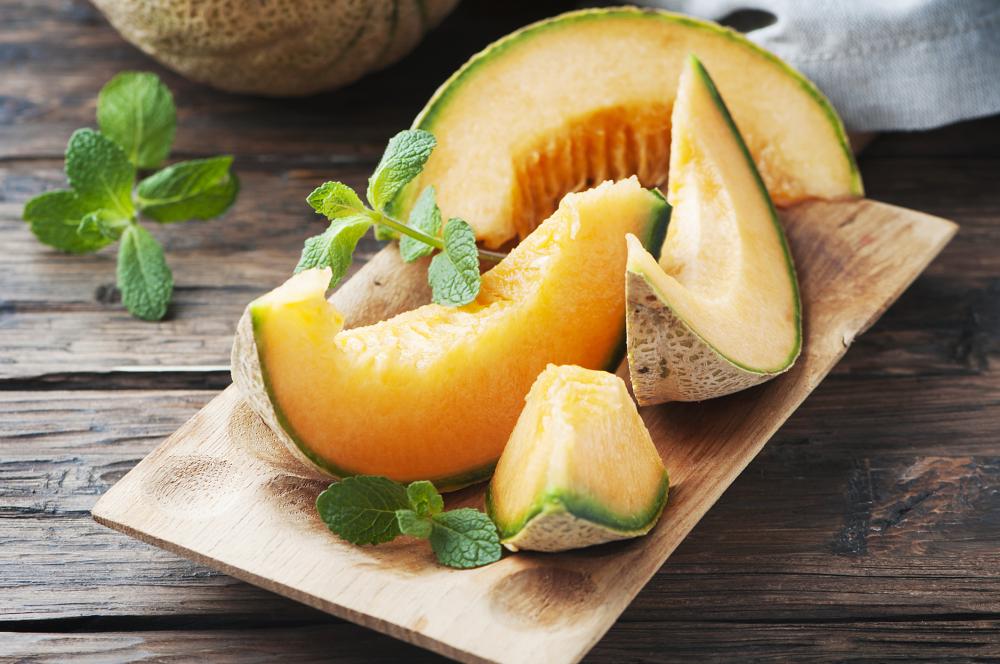 What’s even more interesting than the taste, flavors and nutritional values is that you have many varieties to try out and experiment with. Some varieties are big and juicy while others are small but deliver extra sweetness.

And if you prefer, you can even plant more than one variety in the garden and have enough fruits for your fruit salads and smoothies all summer long.

Before we venture any further, we need to clear out the ambiguity surrounding cantaloupes and muskmelons once and for all. For the untrained eye, they both look the same and have similar colors and shapes. But a closer look will uncover many differences and distinctions between the two melons.

Technically, cantaloupe is a type of muskmelon. But the opposite is not true. As for the “cantaloupes” that you see in your grocery store in North America, these are actually muskmelons.

So how can you tell which is which? The rind is a dead giveaway. While cantaloupes have rough and heavily patterned rinds, the muskmelon is smooth and has one uniform color without any patterns.

But every type of melon has its fans and you can plant any variety of species you like as long as you have the right hardiness zone.

As you’ll soon find out, not all cantaloupe varieties are created equal. Each variety has a distinct set of qualities that was lovingly enhanced with cultivation over the years. So even if they look identical on the outside, under the skin, cantaloupe varieties offer different colors, textures, and tastes. So which one should you grow? Here’s the lowdown of the most popular cantaloupe varieties for your garden.

The thick rind of the European cantaloupe (Cucumis Melo Cantalupensis) is the first telltale sign that tells you that you’re looking at a real cantaloupe and not just a muskmelon. This variety has heavy patterns covering every inch of the yellow-green skin. Green ribs cut through the rind and divide it into perfect segments. It’s no wonder that many experts consider this the “real cantaloupe”.

Cut through the thick and netted rind and you’ll be greeted with smooth and orange flesh with an overwhelming musky smell. This is just a prelude to the exquisite taste of this variety. Once you have removed the seeds and taken your first bite, the smoothness of the melon along with the richness of the taste can be overpowering.

If you only have to grow one cantaloupe variety in your garden for reasons to do with space limitations, then I recommend you give the European cantaloupe a try. It’s a rewarding experience that you’re bound to repeat over the years.

Whether you consider North American cantaloupe (Cucumis melo reticulatus) to be a real cantaloupe or not is beside the point. Since all cantaloupes are muskmelons anyway, then we might be splitting hairs here. What really matters to you as a gardener and cantaloupe lover is how easy it is to grow the vines and whether the fruits are worth the trouble or not.

The answer to those unposed questions is yes it’s easy to grow it and it definitely is worth any effort you put into growing and caring for it. With a thick and yellow rind, you know right away you got a promising melon in your hands. The patterns are heavy and no smell escapes the fruit to tell you what’s inside this mysterious globe.

And although the rind is thick, the ripe fruit is large enough to offer plenty of flesh for the hungry foodie. The flesh is deeper orange than the European cantaloupe and the texture is exquisite and delicate. This is the kind of cantaloupe that could melt on your tongue with little provocation.

The juices are sweet with plenty of flavors to keep your mind buzzing for a while. It’s no wonder this not-real-cantaloupe has become popular all over North America. Add it to your smoothies or eat it raw with a spoon survivor-style.

Not to be outdone the Asian cantaloupe (Cucumis melo reticulatus) tries something different. It does away with the flashy warm colors and netted rinds. When it’s ripe, the fruit goes from deep green to light yellow or green-yellow. With a bulky shape and smooth thin rind, it tempts you to take a deep dive and discover its rich tastes.

The flesh inside is not different from the skin outside. It’s also a little greenish with a watery texture that is a far cry from the dense and smooth textures of the European and North American counterparts.

Also, the core of the cantaloupe is taken over by the seeds. This lives in a relatively thin orb of flesh to set your teeth into. But the musky and sweet taste of the fresh cantaloupe makes up for the small content. Originally from Persia, this variety became the most widely cultivated cantaloupe all over Asia. But a new competitor is claiming a bigger chunk of the Asian market and it comes from Japan.

The Japanese cantaloupe (Cucumis melo L. var. reticulatus) lives up to the hype and that country’s reputation for refined quality. Whether it’s cars, electronics, beef, or cantaloupe, Japan has always been a leader in innovation and taste. The Japanese cantaloupe is known for two things: high quality and high price tag. We’re talking about a cantaloupe that could set you back $200 or more apiece.

However, if you can get your hands on the seeds, you can have a bunch of cantaloupes a year for next to nothing. So why is it so expensive? Well, for one thing, it grows in one small town in Japan called Yaburi. And the cantaloupe is this town’s claim to fame. In Japan, if you want to buy someone a gift that says how much you cherish and appreciate them in your life, you’d give them a Yaburi cantaloupe.

This is why the seeds of this cantaloupe are so rare. Also, it doesn’t grow in the same hardiness zones as the other cantaloupe varieties we have covered so far. If you have a Japanese pen pal, you might ask them to send you some seeds. Just be forewarned, this cantaloupe is finicky and demanding. Also, it requires manual pollination.

Another regional cantaloupe that puts a certain part of France on the map is Charentais cantaloupe (Cucumis melo cantalupensis). Originally from Poitou-Charentes, France, it expanded south of the Mediterranean and became the favorite cantaloupe variety across North Africa.

Gray-green on the outside with thick green ribs outlining the contours of the cantaloupe, the flesh inside is dazzling salmon color. It’s bright and aromatic with a small core that’s filled mostly with large seeds. It slides smoothly on your tongue but overall it’s less juicy than the Asian or North American varieties.

The Charentais cantaloupe is also smaller in size compared to other cantaloupe varieties and the average fruit weighs no more than 2 pounds at most. High in fiber and beta-carotene, this cantaloupe is the favorite summer fruit in many North African countries. Its rich flavors, aromas, and high sugar content make it the ideal snack in the hot summer months.

There’s a debate going on whether honeydew melon should be considered cantaloupe or not. With smooth net-free skin, the melon has little in common with the cantaloupe. Moreover, the flesh is a little too watery and soft for true cantaloupe aficionados’ taste. And since it doesn’t have a strong aroma that makes you salivate even before you have tasted the delicious flesh, many people refuse to associate it with cantaloupe.

To be fair this is a cultivar that was first developed in France and later migrated to Algiers in North Africa. And it has more similarities to gourds than cantaloupes or melons for that matter. But don’t let that sway you from trying it in your garden. The ripe honeydew melon is 90 percent water and makes an excellent smoothie or fruit juice. Among its many nutritional values, it has a high content of vitamin C. And although it doesn’t have the same sweetness or rich aromas of other cantaloupe varieties, it’s still a good addition to any melon garden.

If the name doesn’t tip you off to the fact that this is a cultivar, then the bright yellow and elongated fruit would. And taking a bite out of a ripe canary melon would almost certainly force you to make a face. It has a tangy taste which is not everyone’s cup of tea.

But visually, this is a melon to crave and go to great lengths to have it growing in your garden. The ripe fruit is larger than the average cantaloupe. As it ripens, it acquires bright yellow colors with smooth and unblemished skin.

It’s thin skin too. Under it, the flesh is pure white or sometimes off-white depending on the light. The core is relatively small and packed with small and off-orange seeds. The flesh itself is firm, juicy, and slightly aromatic. As we mentioned, it’s far from sweet but once you get used to its tanginess, you won’t get enough of it.

This is another hybrid that is closer to cantaloupe than Canary melon. Originally from the southeastern parts of Europe, it was named after the Greek goddess of war and wisdom. But like many cultivars, this one could be a hit or miss. If you plant it in your garden, you could have a good yield or end up with a single scrawny fruit no larger than a tennis ball. The Athena cultivar is a crapshoot gardening-wise.

True to its cantaloupe origins, the fruit is relatively large with a thick rind covered with thick netting. However, the absence of ribs is rather conspicuous. In the right growing conditions, you could have the ripe fruits ready to harvest within 75 days. The average ripe fruit could weigh anything between 5 to 6 pounds.

As for the flesh, it’s light orange taking after the European cantaloupe, and has a decent sweet taste. It’s not the juiciest cantaloupe by a long shot. Still, the faintly aromatic flesh is a good addition to any fruit salad dish you make.

One other reason you’d want to grow the Athena cantaloupe in your garden is its high resistance to fusarium wilt, downy mildew, and powdery mildew.

Growing Cantaloupe – How To Care For And Harvest Cantaloupes

Winter Melon Care – How To Grow And Harvest Wax Gourd