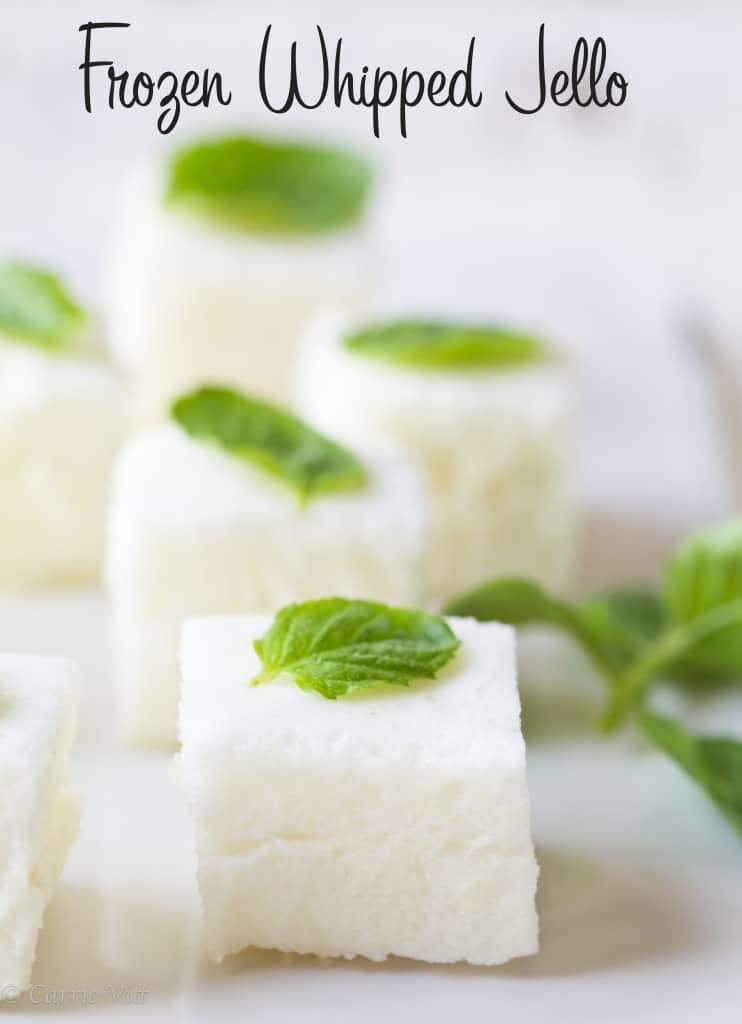 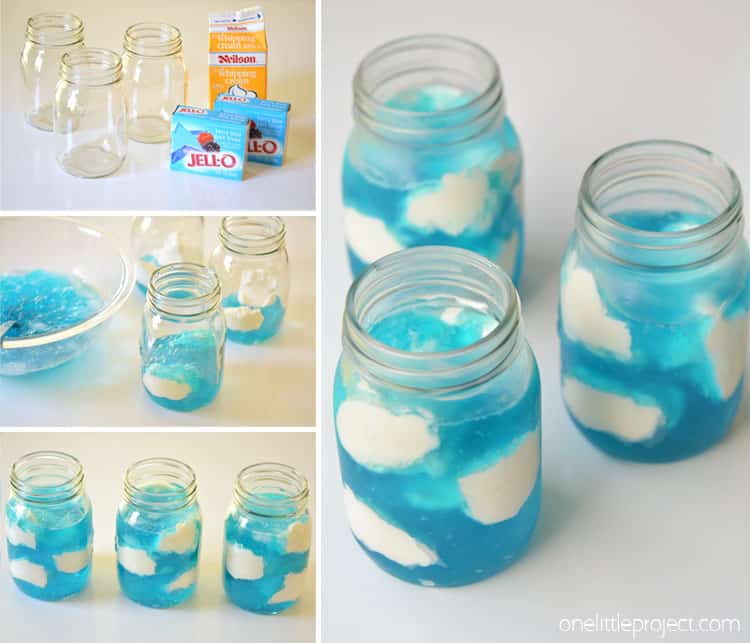 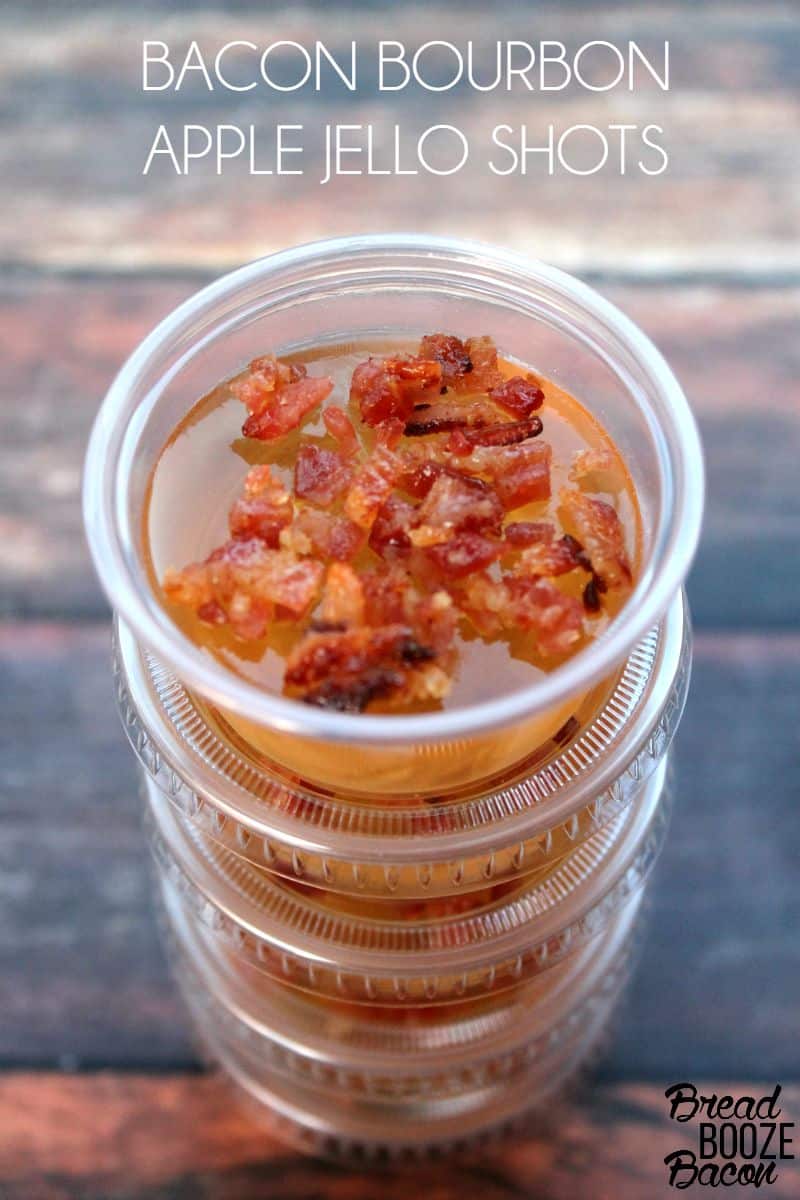 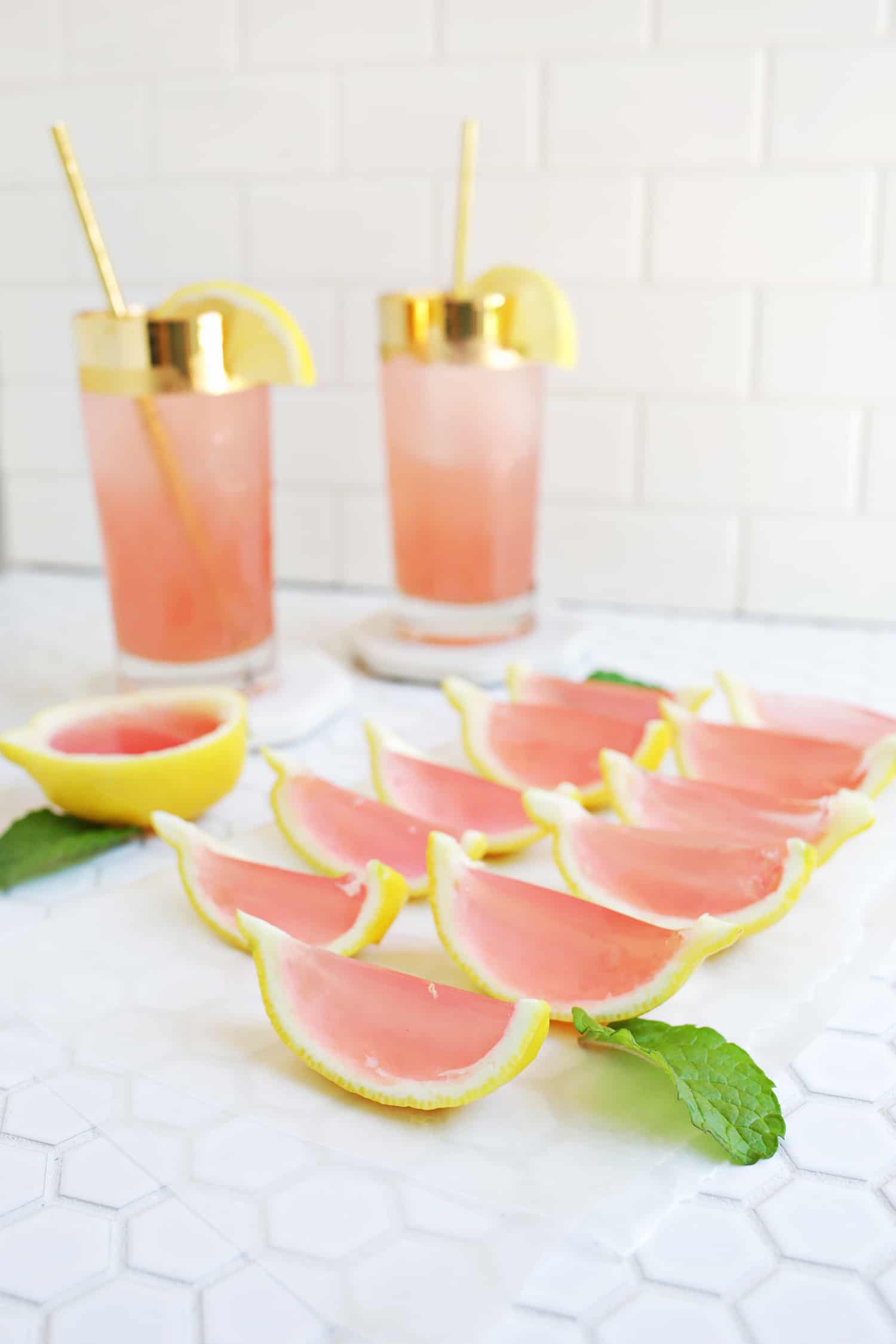 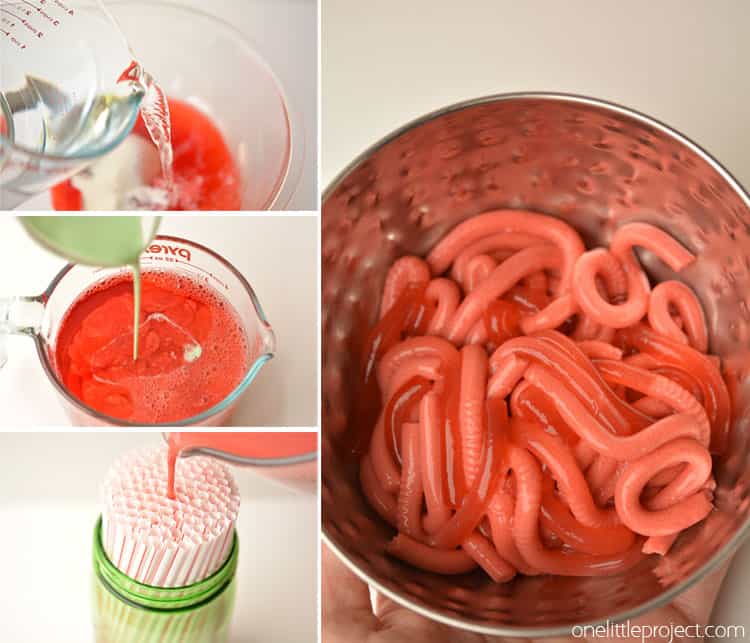 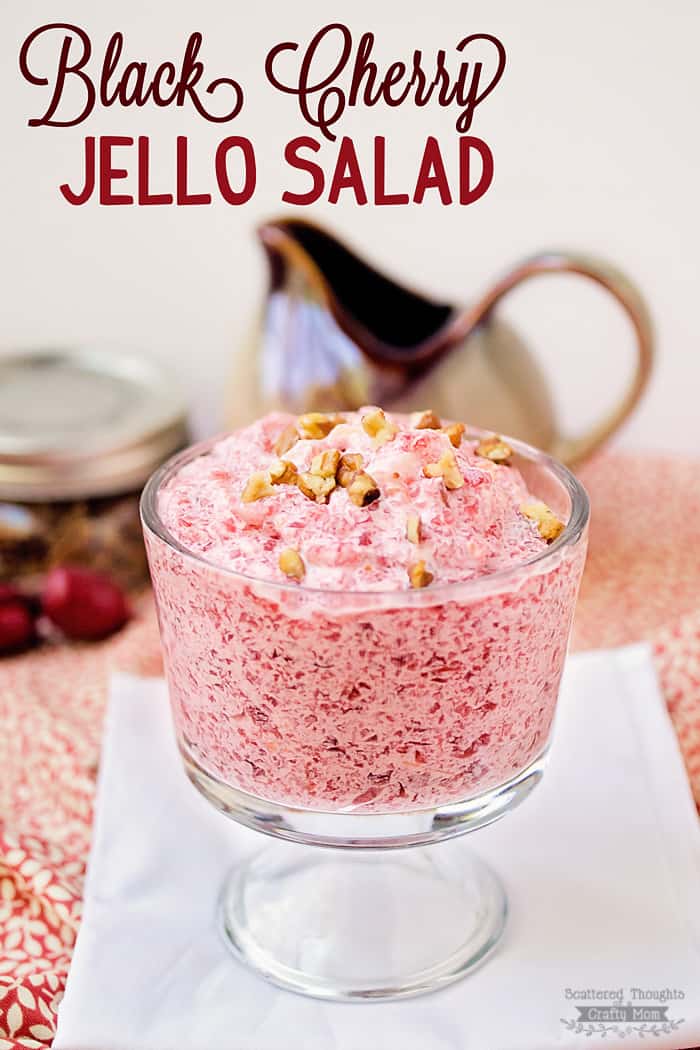 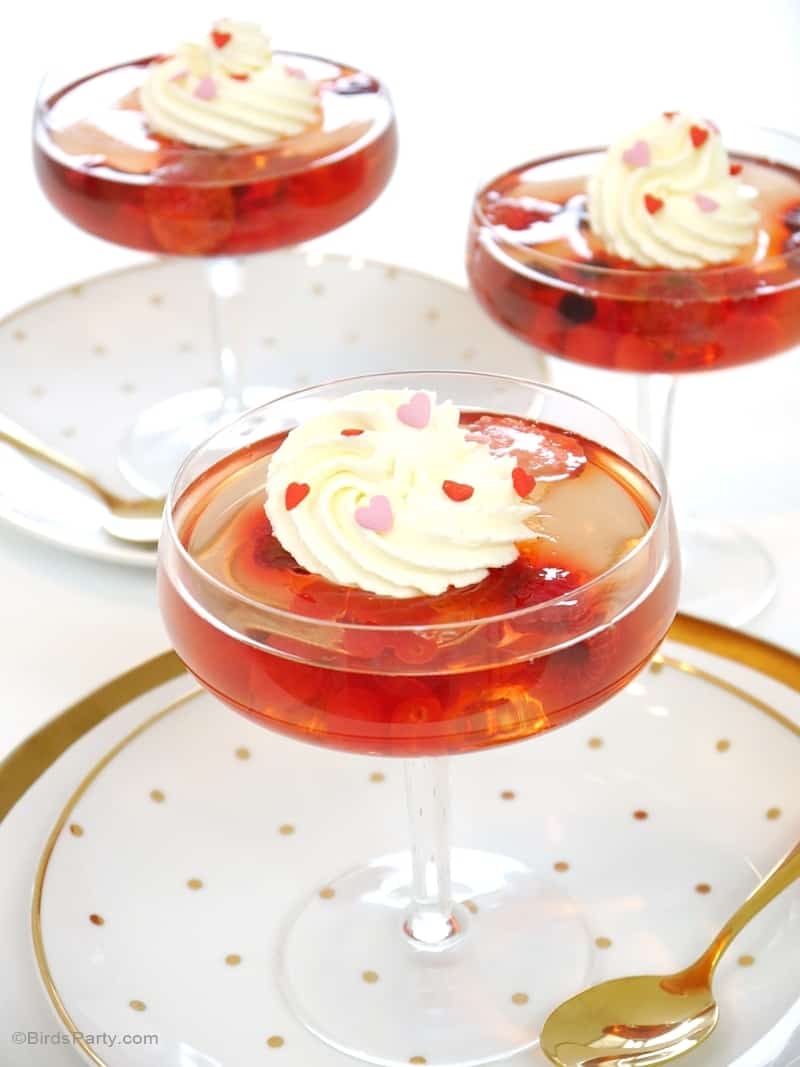 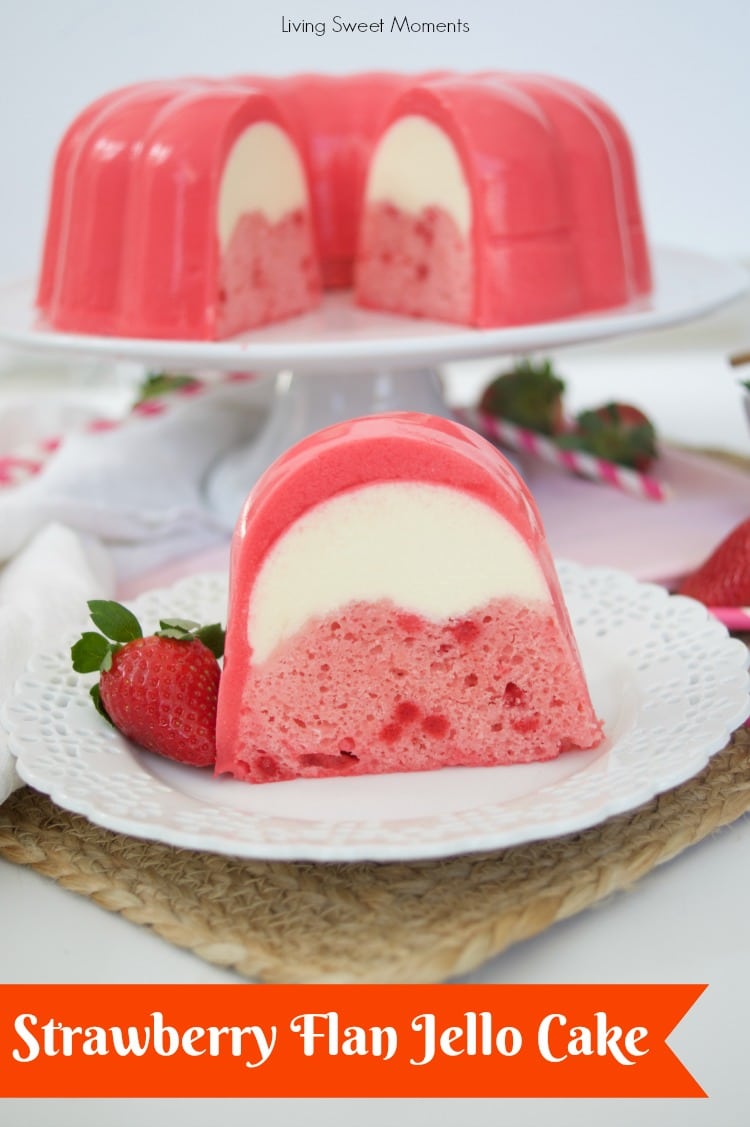 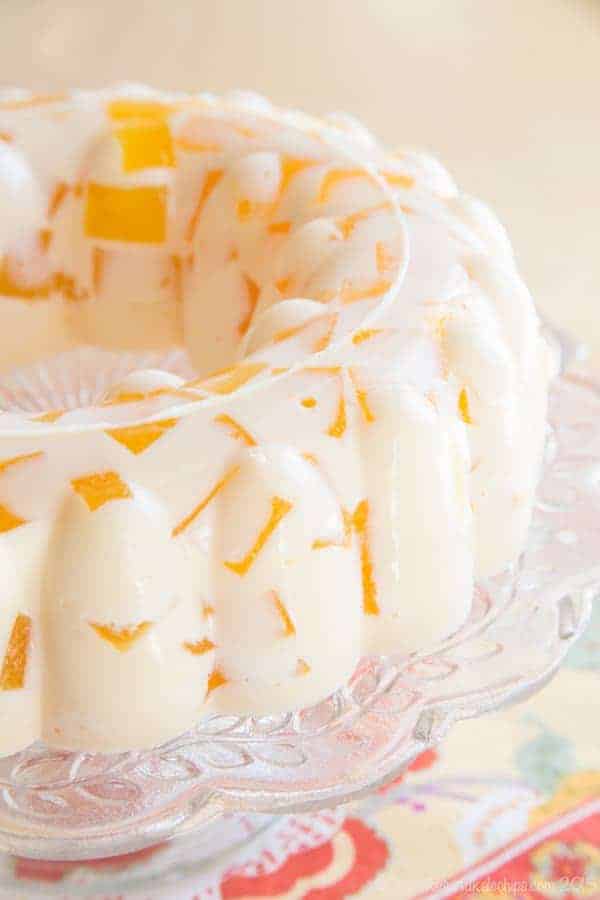 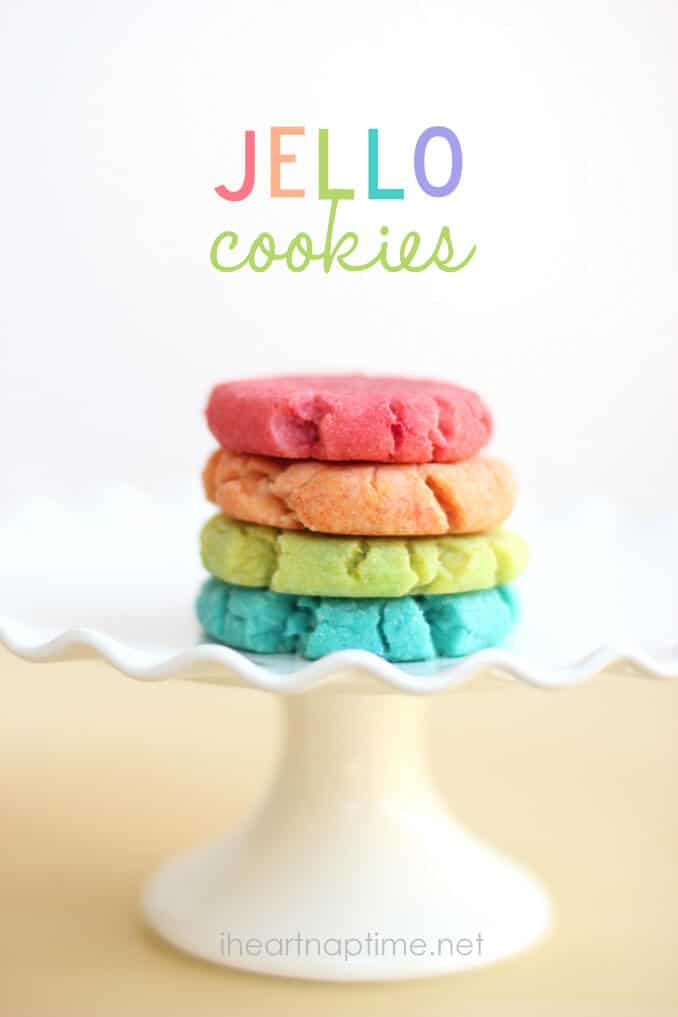 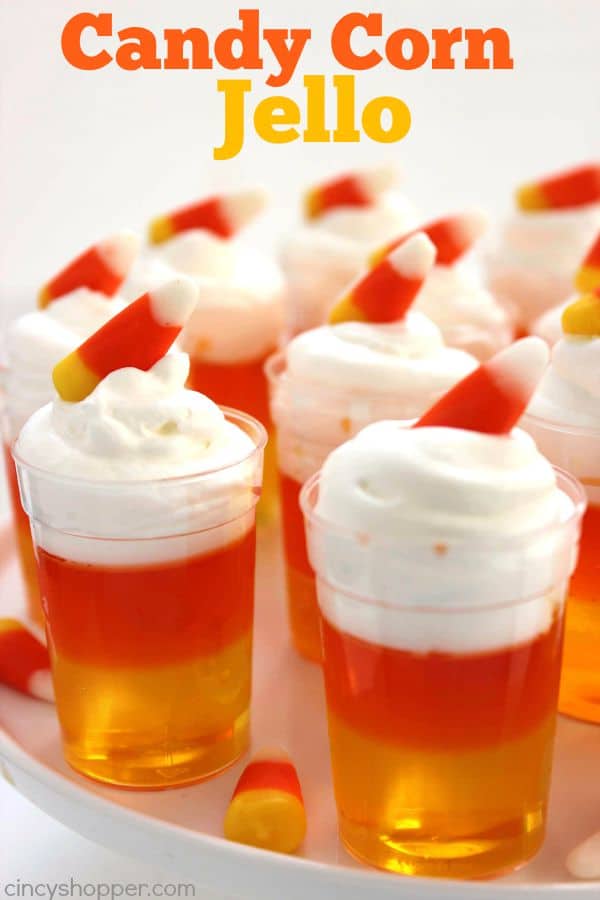 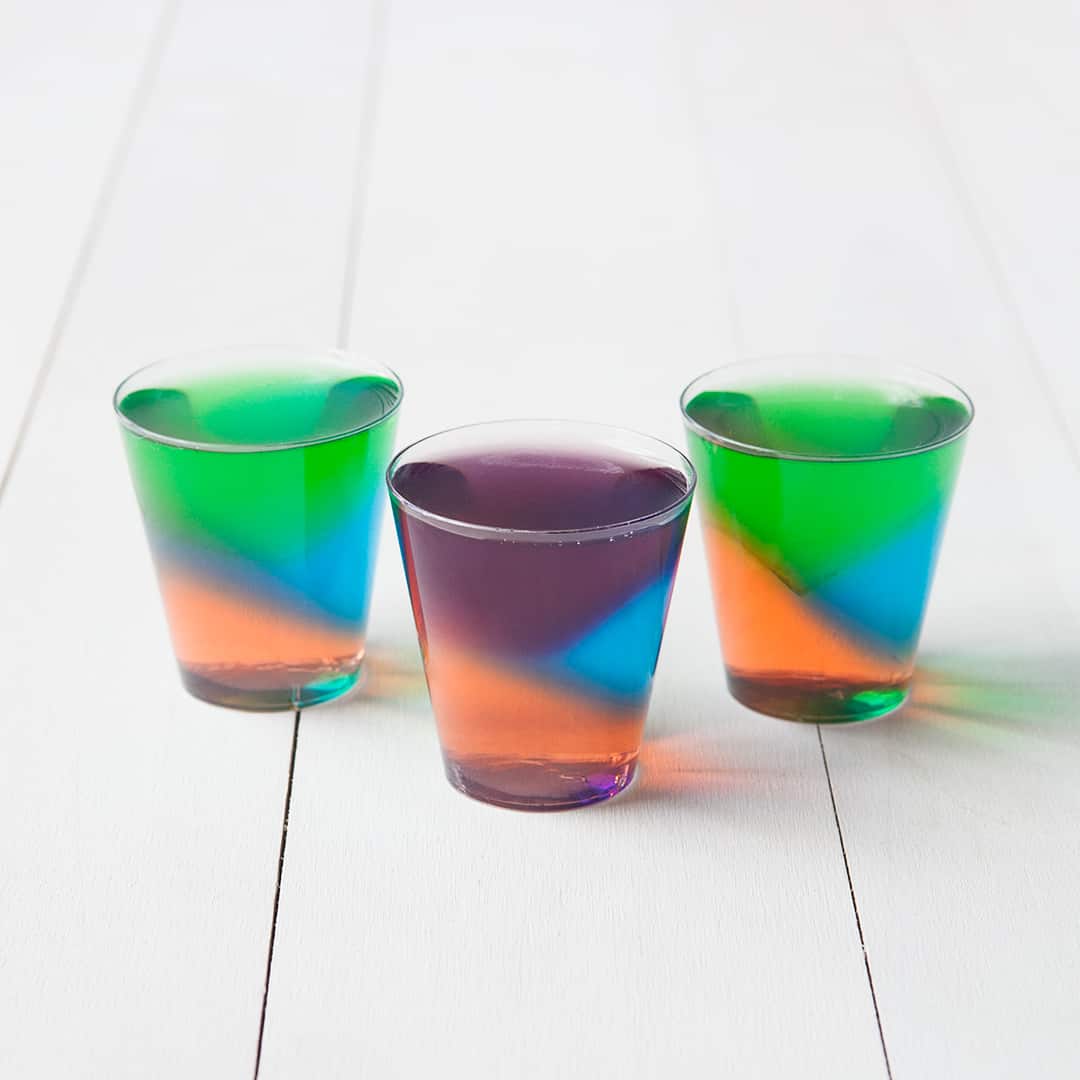 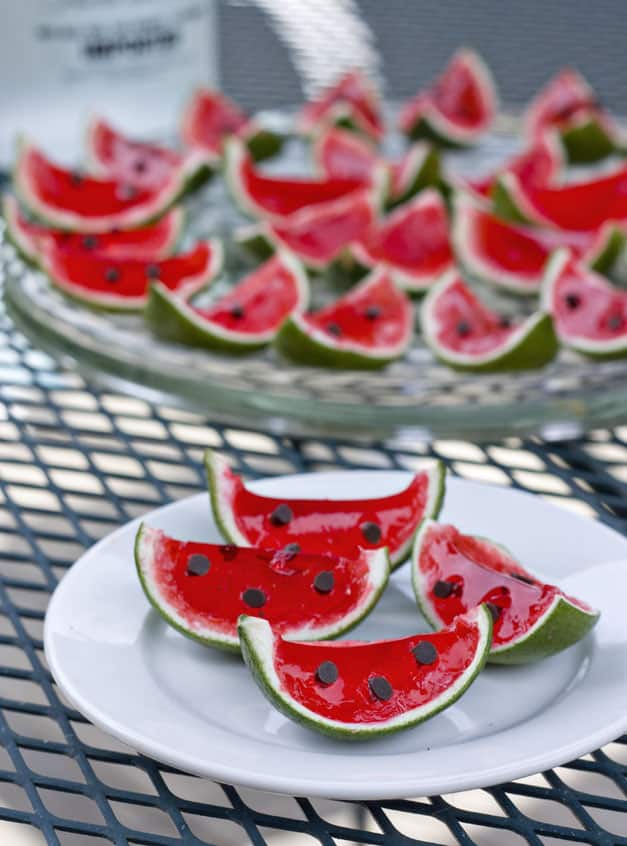 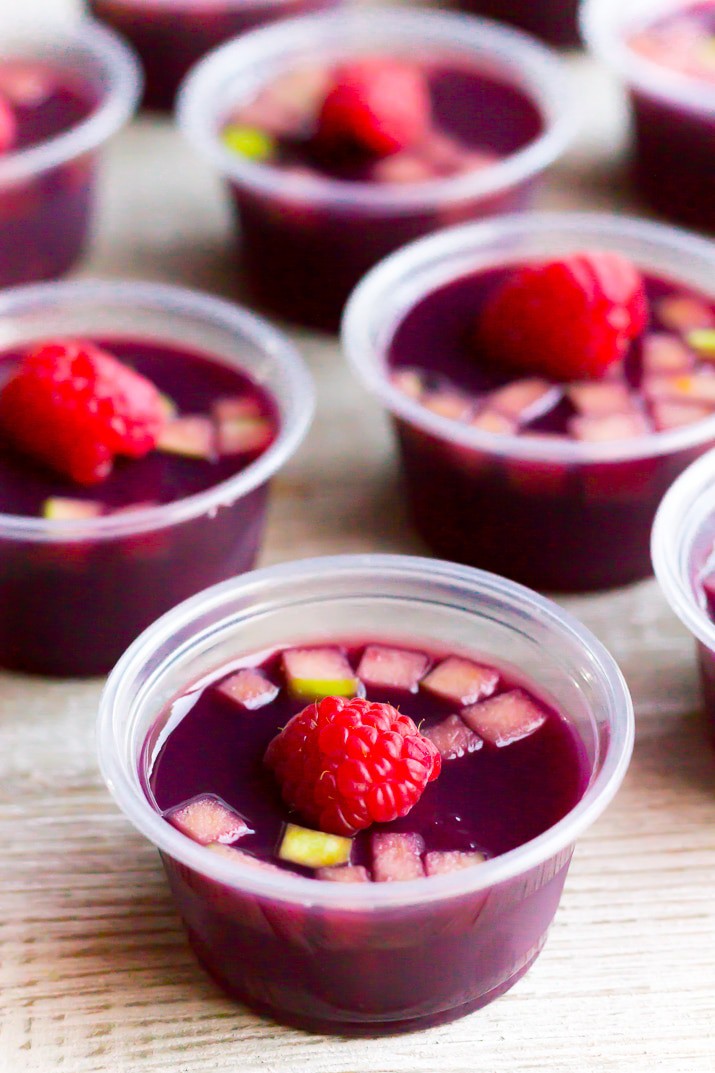 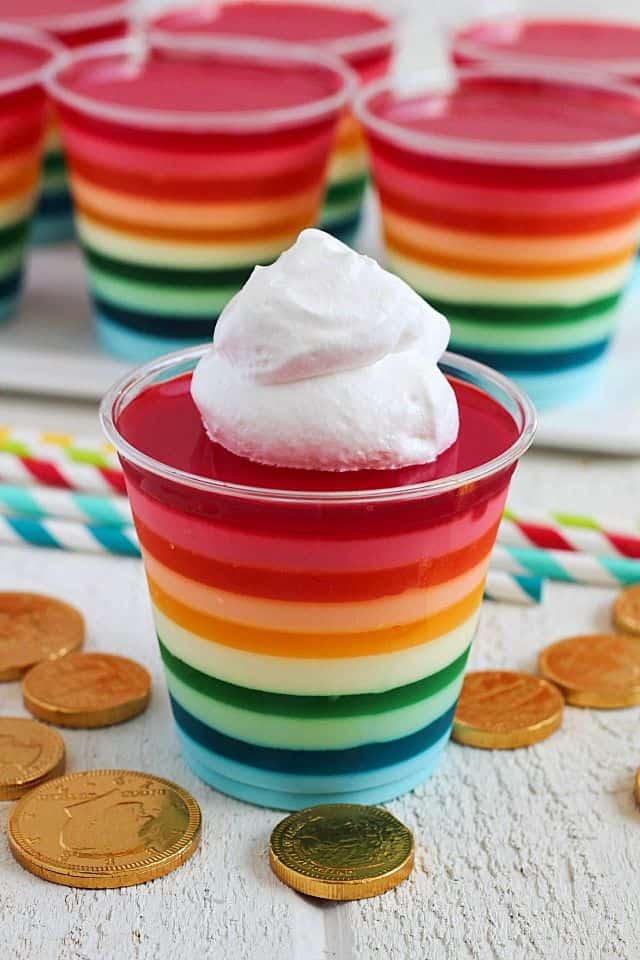 If you consider yourself a cook, a kitchen whiz, or a food enthusiast of any kind, we’re sure you probably picture yourself making something a little more impressive and professional sounding than dishes and treats that are made of Jell-O. We thought that originally as well… until we realized just how versatile and delicious things made with Jell-O really can be! Besides being super flavourful, using Jell-O in your cooking, baking, and dessert making also gives your food bright colours, pleasant fragrances, and a touch of sweetness that’s completely unique.

Just in case the idea of cooking and baking with Jell-O appeals to you just as much as it did to us, if not more, here are 15 of the most delicious snack and treat ideas, recipes, and tutorials we’ve come across in our quest to try as many different kinds of that idea as we can!

Has your very favourite thing about Jell-O, ever since you were a little kid, always been the fact that it comes in so many fun, bright colours along with the different flavours available? Then we have a feeling you might be a really big fan of the way Complete Recipes used that colourful nature as part of their dish in order to create this fantastically cheerful looking rainbow Jell-O cup treat!

Despite the fact that Jell-O is definitely something you remember from childhood and enjoyed as a kid, would you still kind of prefer to put a slightly adult spin on it if you’re going to use it to make delicious treats now? At the same time, we can understand the desire to make a “Jell-O shot” that’s at least a little more impressive, flavour-wise, than the simple kind you might have downed in college! That’s why we thought these homemade, fruit-filled sangria version from Sugar and Soul was so appealing.

Has your favourite kind of Jell-O snack always been the kind that’s a little bit novelty and neat to look at, since Jell-O is so simple to mould into shapes? Then we think perhaps you’ll get a pretty big kick out of the way Erica’s Sweet Tooth made these adorable looking miniature watermelon slices from a mixture of lime and cherry Jell-O, the rinds of actual lime slices, and tiny chocolate chips poked into the jelly to look like seeds.

Are you completely open to the idea of making rather simple Jell-O shots like the ones you’ve always known, but you’re still kind of intent on making something that’s pretty visually pleasing, since that’s part of why you enjoy Jell-O so much in the first place? In that case, we’d definitely suggest taking a look at how Kitchen Bowl made these awesomely multi-coloured, geometric Jell-O shots that look almost like decor because of the neat, angled ways the colours are shaped and stand out against each other.

Alright, we know that fall has only just started and that Halloween isn’t really anywhere close yet, but that doesn’t mean we’re not already excited and gathering crafty ideas for the spooky season, since it’s our absolute favourite! We also know that a lot of people dislike candy corn, despite it’s fun colours, but we’ve tried these delicious candy corn themed Jell-O shots before and we can promise you that they’re completely delicious. Check out Cincy Shopper to see how they made it happen using orange and lemon Jell-O, whipped cream, and actual candy corn as a garnish, if that’s something you like.

Believe it or not, just because you’re working with Jell-O mix doesn’t mean you that have to make something that’s actually jelly based, like the ideas you’ve seen so far. Instead, iHeart Naptime is here to teach you an awesome new technique where you actually used the fruity mixing powder to add yummy flavour and some fun colour to something else! They made fantastically bright rainbow cookies that are completely delicious (and were a huge hit with our kids).

Have you always had a sort of nostalgic love for the old fashioned Jell-O mould desserts that were popular in the 1950s and that you remember your grandma making when you were a kid? We know that some people who haven’t tried these desserts before are a little skeptical of the bright colours and moulded shapes, but we’d still encourage you to give these a try because they’re actually very tasty! One of our favourite kinds of Jell-O mould dessert is actually this orange creamsicle recipe featured step by step on Cupcakes and Kale Chips.

Speaking of delicious Jell-O mould desserts, if you’re never tried a flan, then we’re sorry to report that you’ve really been missing out! A flan is a dessert that combines Jell-O, sponge cake, and often some kind of glaze or cream filling. This delicious strawberry flan Jell-O cake featured step by step on Living Sweet Moments is the perfect example of what we mean! It’s surprisingly fresh tasting given how quick and easy it is to make.

Are you very intrigued indeed with the idea of making an adult beverage based Jell-O treat, but you’re wondering whether there’s a way to do it with a slightly more classy presentation than the average Jell-O shot you’re used to seeing? In that case, we have a feeling you’ll appreciate these beautiful pink champagne Jell-O desserts outlined step by step on Bird’s Party! Besides giving you a delicious pink champagne recipe to make, they’ll also show you how to serve it in a glass just like a champagne drink, topping it with a bit of whipped cream and sprinkles and giving each guest a dessert spoon.

Have you ever tried a Jell-O salad before, despite the fact that these dishes don’t actually look or taste very much like a classic “salad”? If not, we’d definitely encourage you to give that idea a try now, because they’re actually delicious and rather fresh tasting! One of our favourite Jell-O salads is this black cherry version outlined step by step on Scattered Thoughts of a Crafty Mom.

Are you looking for something that’s a little more novelty and amusing to make with your Jell-O, since being able to mould shapes and combine flavours is part of why you love Jell-O so much, but you haven’t seen anything that’s quite weird enough for what you were hoping for so far? In that case, we’d absolutely encourage you to take a look at how One Little Project at A Time made funny jelly worms by pouring a Jell-O mixture down the length of some plastic drinking straws. The bending part even makes ridges near one end like you’d see on the neck of an actual worm!

Are you actually looking for a recipe that’s a little more summer inspired, despite the slightly chillier autumn winds starting to pick up, because you’re just not quite ready to let go of that summer feeling yet, so you’d planning on hosting an end-of-summer party for your friends? Then we’d definitely suggest taking a look at how A Beautiful Mess made these fantastic lemon slice shaped Jell-O shots that taste like fresh pink lemonade! They show you how to make the custom flavour and prepare them to look just as good as you see in this photo.

Just in case you’re actually still interested in the idea of making more unique Jell-O shots than you’ve ever seen before but you also still haven’t seen a flavour that’s been quite special enough to get your attention so far? Then we think we might finally have the one that will convince you! Bread, Booze, Bacon shows you how to make an unexpectedly delicious bacon, bourbon, and apple Jell-O shot. We know this definitely sounds more like a flavour that would taste nice as a muffin or a donut (event thought it would still be quite a unique flavour blend in that recipe as well), but we promise it’s actually quite pleasant as a Jell-O shot as well.

Are you actually quite experienced in food decor and adding details to sweet treats, so you’re looking for an idea that will let you get a little more creative with your cheerful presentation in order to impress your friends and family? Then we think you just might be the perfect person to try your hand at this delicious fluffy clouds dessert outlined step by step on One Little Project at A Time! Their sky is made of blue raspberry Jell-O and their clouds are fresh whipped cream, so this treat tastes just as good as it looks.

Are you actually looking for something that’s a little closer to a gourmet recipe, even though it’s still made with Jell-O, because you want it to be easy and gluten free, but you still want to make a nice treat for your friends next time you have them over for dinner? Well, if you’ve ever enjoyed mint flavours, then we’d definitely suggest taking a look at how Deliciously Organic made this fantastic frozen whipped Jell-O square recipe that’s garnished with a fresh mint leaf on top of each.

Do you have another favourite unique Jell-O recipe that you love and that has been very popular indeed with your family and friends but that you don’t see on our list? Tell us all about how you make it or link us to recipes and photos in the comments section!