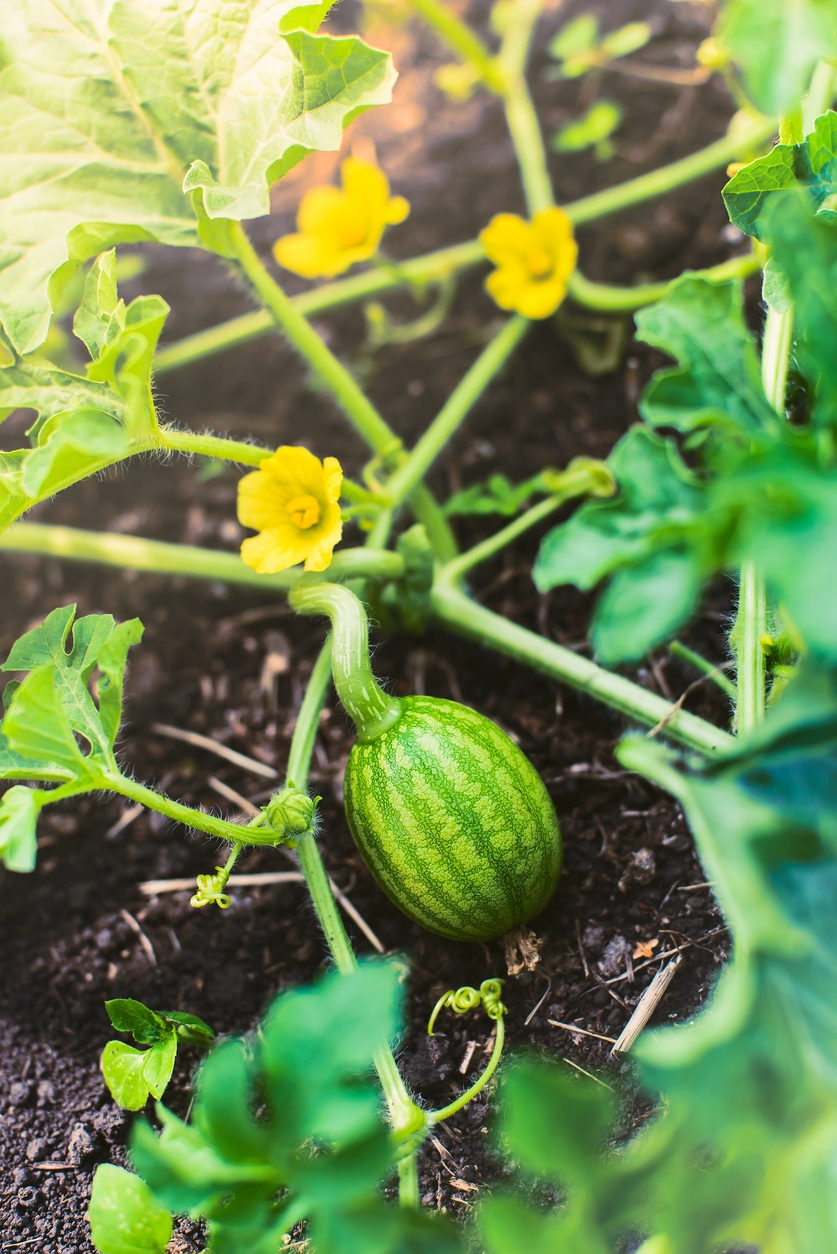 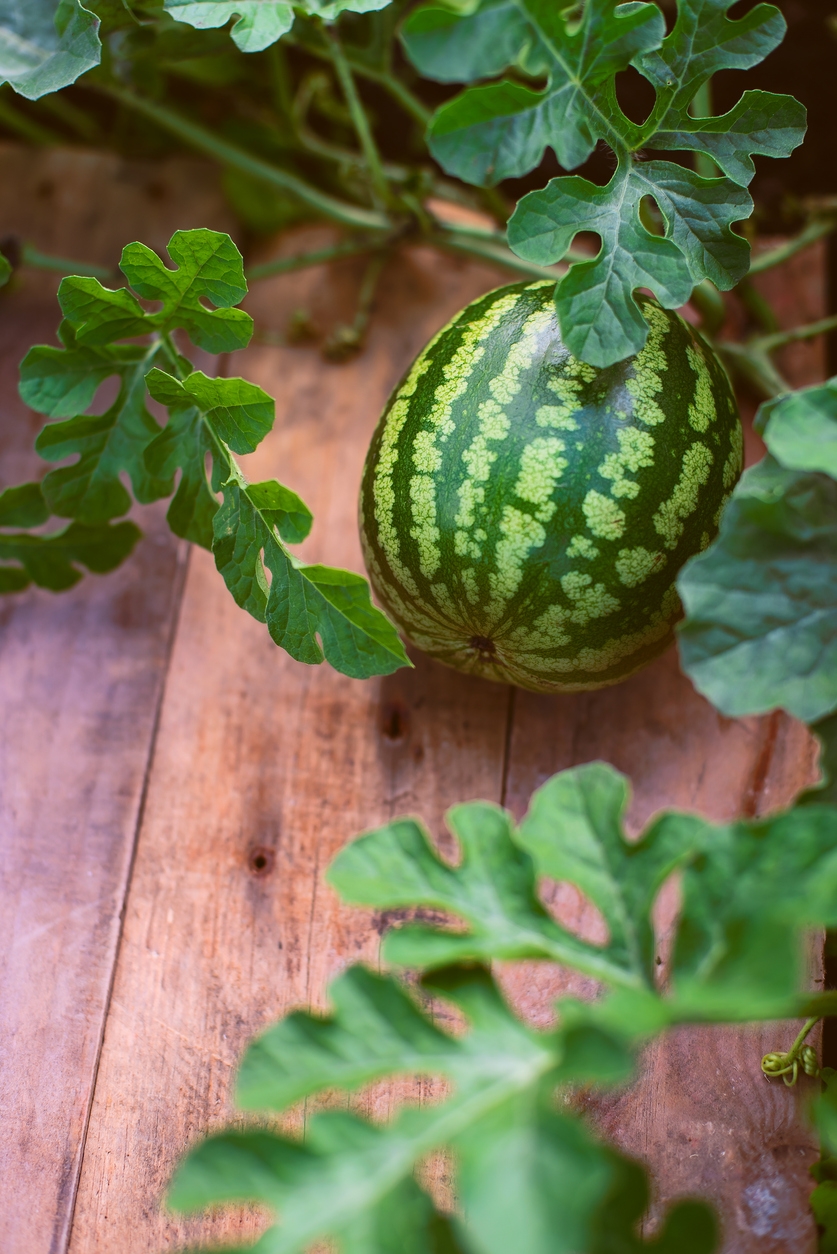 Do you like watermelon? Who doesn’t, right? But for all their sweet taste and crispy flesh, you’ll have to grapple with many problems when growing these juicy orbs. And problems is a mild way to put it. As it turns out, when growing watermelon in your garden, many things could go wrong. 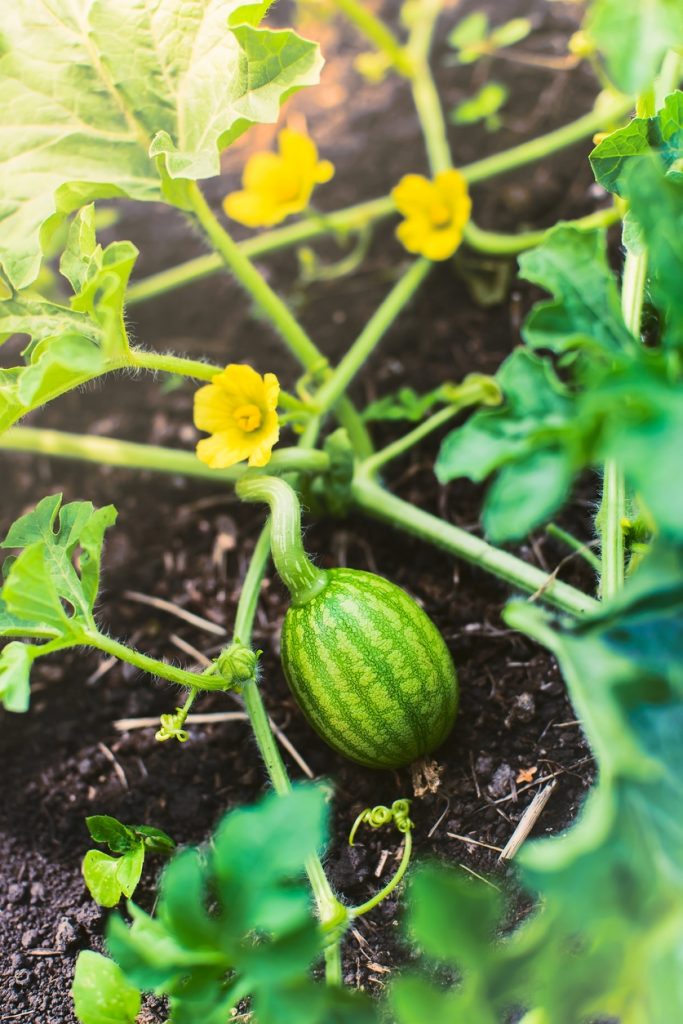 I think it’s safe to say that there are as many watermelon problems as the number of varieties and cultivars you can grow of that delicious fruit. Not to mention the plethora of diseases and pests that attack these delicate vines and which require a separate article of their own.

Here are some of these common issues and what can you do to remedy and prevent these situations.

Right off the bat, the watermelon seedling has a surprise for you. It’s damping off. You take a closer look at the sapling and you find the stem wilting right where it emerges out of the ground. Give the seedling a pull and it comes out with a web of shriveled and rotten roots. So what exactly happened here?

Many plants suffer from damping off at an early stage in life. Unfortunately, watermelons are no exception. And the culprit, in this case, is a family of fungi called Pythium. They strike when the soil is moist and cold and attack young and fragile seedlings.

One of the best ways to prevent damping off is to avoid sowing watermelon seeds directly in the soil. Instead, start them indoors in a small pot or a seedling tray. This allows you to provide warm temperatures for the fragile seedling. When the soil outdoors becomes warm enough, you can transplant the seedling.

Another solution is to eliminate the fungi with a fungicide that contains azoxystrobin and metalaxyl. Turn the soil before you apply the fungicide and let it sit under the sun for a couple of weeks before you transplant the watermelon seedlings.

The average watermelon vine grows both male and female flowers. The male flowers are the first to bloom and about two weeks later, the female flowers open up. You can tell the difference between the two types of flowers since female flowers have a short stem and a bulbous swelling near the bottom of the flower.

Male flowers are expendable. They only have one job, to produce the pollen to pollinate the females and after that, they fade and drop. But sometimes they would drop long before the female flowers have even bloomed. Although that might sound serious, it’s actually quite normal for male flowers to drop before fulfilling their mission in life. This should not be cause for alarm unless you lose a lot of male flowers at once.

Female flowers on the other hand don’t tend to drop since the fruit will develop literally at the center of the flower. If your female flowers start to drop, that could mean the flowers didn’t get pollinated in time. And that’s a real problem that means you’ll have few if any watermelons this year.

There are many ways you can prevent female flowers from dropping. Here are a few suggested fixes. 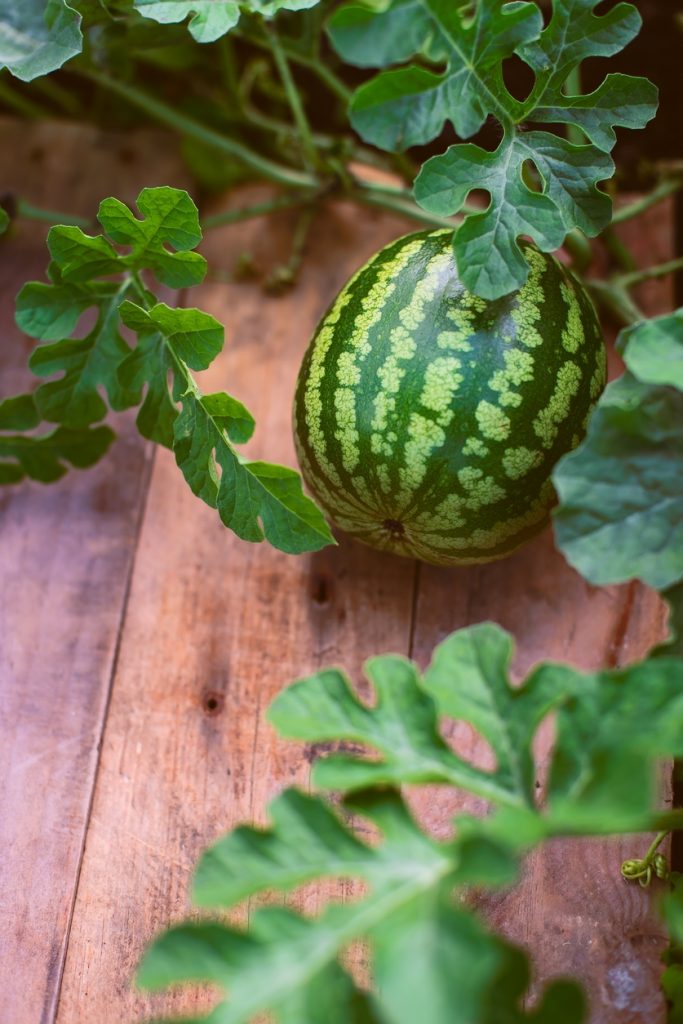 But what if the watermelon vines are not flowering at all? That’s a big problem. Because without flowers, you won’t have any fruits, and let’s face it, the vines are not ornamental enough to justify all the trouble you go through. So what can you do about that?

First, check that your vine is growing in optimal conditions. These conditions include

If you go through the above checklist and you still can’t find the cause for the lack of flowering on your vine, check the fertilizer you’re using. High concentrations of nitrogen trigger an outburst of foliage and root growth at the cost of flowering. Use a fertilizer high on phosphorus and low on nitrogen to encourage flowering. Side dress with meal bone in the early spring. If none of these fixes the problem, consider growing a different watermelon variety or cultivar.

You worked hard all season, you fought off pests and wildlife and you spared no effort to keep your watermelon vines growing successfully. And here it is at least. The first ripe watermelon of the season is on the table and your knife is cutting it in halves. Only to your shock, you discover that the watermelon is hollow inside. What exactly happened here?

The problem of hollow heart is common in seedless watermelons in particular. One theory goes that the growing conditions around the vine especially during pollination were not optimal and that causes this issue. This theory points the finger squarely at the pollinators. It claims that not enough pollen fertilized the female flower which impacts the development of the fruit well into the last stages.

Another side to the problem has to do with the nutrition in the soil. Boron is an important element for watermelons since it enhances the development of healthy seeds. Boron deficiency can prevent seeds from forming inside of the fruit which leaves a gap in the middle of the ripe watermelon.

Before we look into ways to fix the watermelon hollow heart issue we need to stress that this problem is not caused by a disease. The watermelon is healthy and safe to eat despite the gaping hole in the middle of it. So how do you fix this problem?

Watermelons as we all know come in different varieties. The fruits themselves vary in size and range from 4 pounds to 70 pounds. So when you grow a cultivar that averages 10 pounds but only to get a fruit that weighs 5 pounds, you start to suspect something is not right with these vines.

And your suspicions will be proven right at a close inspection of the watermelon vine. Under the green foliage and entwining tendrils, pathogens are wreaking havoc on the plant.

Make sure that the vine is growing in a healthy way and that its root system is intact. If the temperature drops at night, you can wrap the vine with a tarp to keep the soil warm. Get rid of the pests and make sure there are no competing plants near the vine.

This problem happens to the watermelon fruit after it has grown to its full size but hasn’t ripened yet. The perfectly healthy fruit has a deep crack in the side. The main reason behind it is inadequate watering patterns. If you let the soil dry out then overwater it, the fruits will split open under the pressure of the excessive water. This might also happen after heavy rainfall which leaves the soil waterlogged.

Watermelon splitting might also happen due to a sudden increase in the temperature. The heat creates pressure inside the unripe fruit causing the hard shell to crack.

The first thing to do is to observe the watering patterns of the watermelon faithfully. This is another reason why you should grow watermelon in loamy and well-drained soil. Even if it rains heavily, the soil will absorb the water before the roots of the vine could take in too much moisture to cause the pressure imbalance inside of the fruit.

As for the sudden spike in the soil temperature that causes the watermelons to split open, you can use mulch. Cover the soil around the wine with a thick layer of mulch to act as insulation and protect the juicy orbs.

Watermelon Varieties To Grow In Your Garden