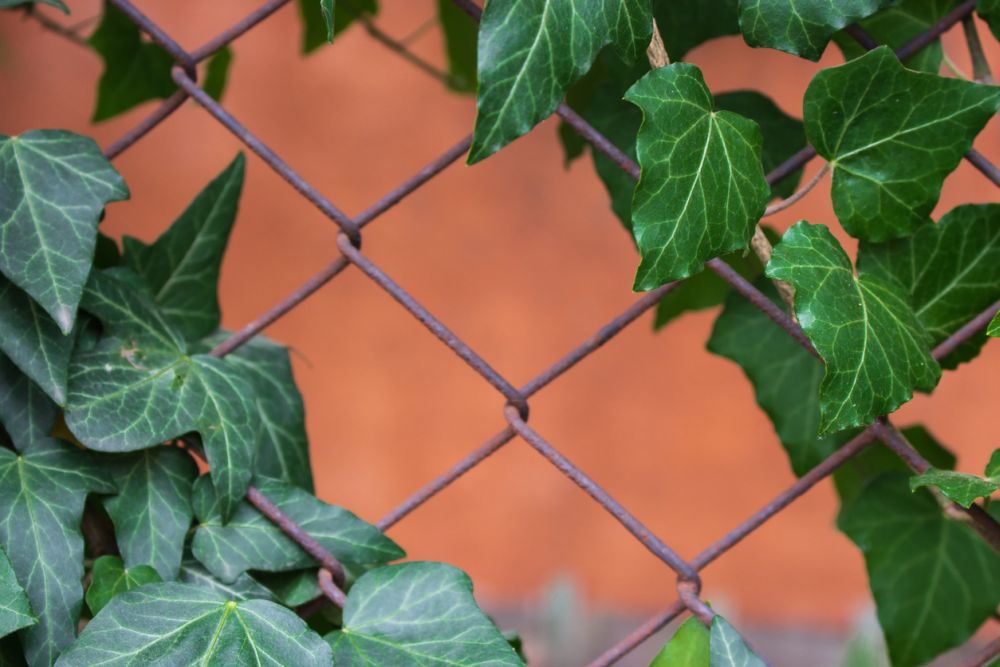 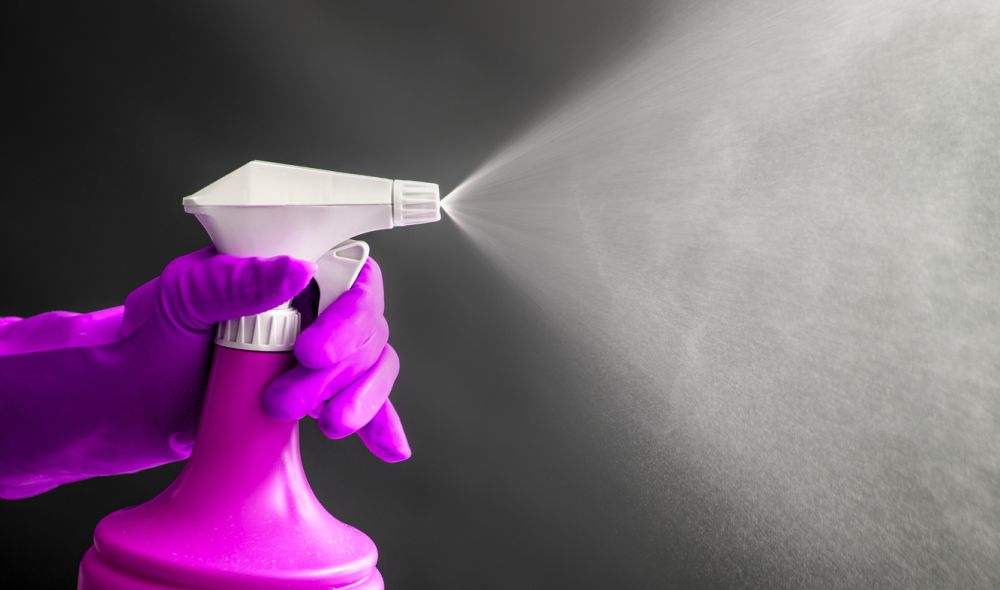 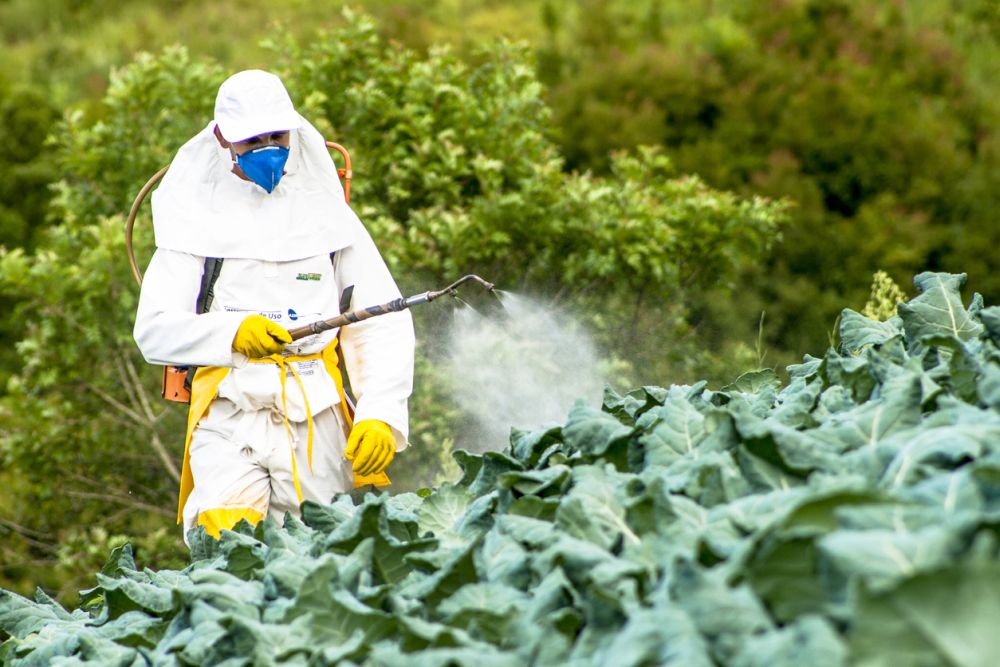 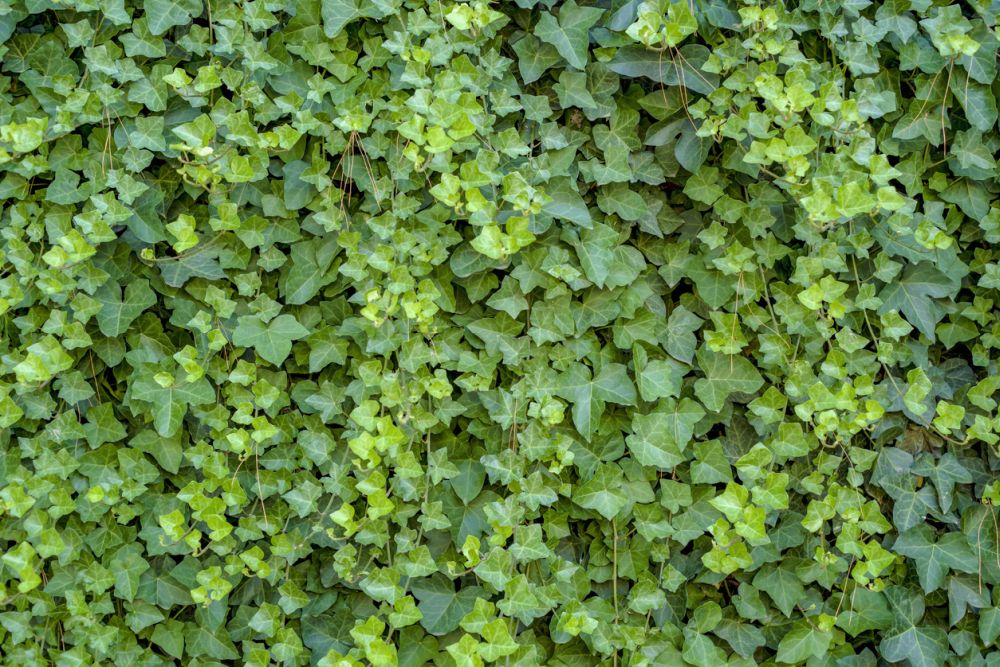 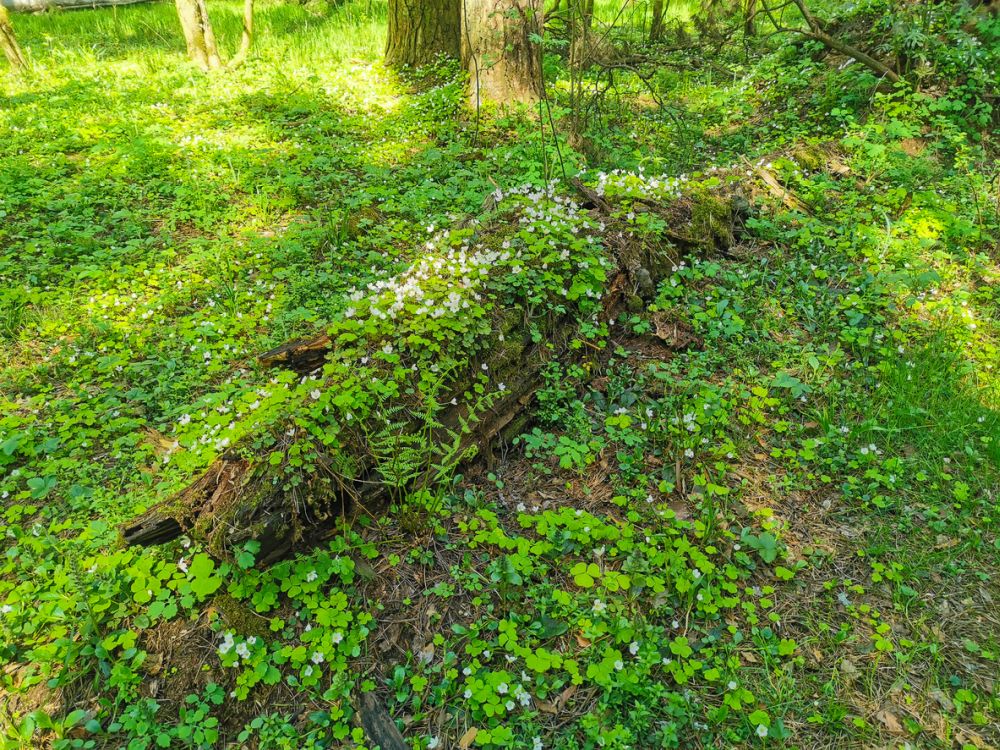 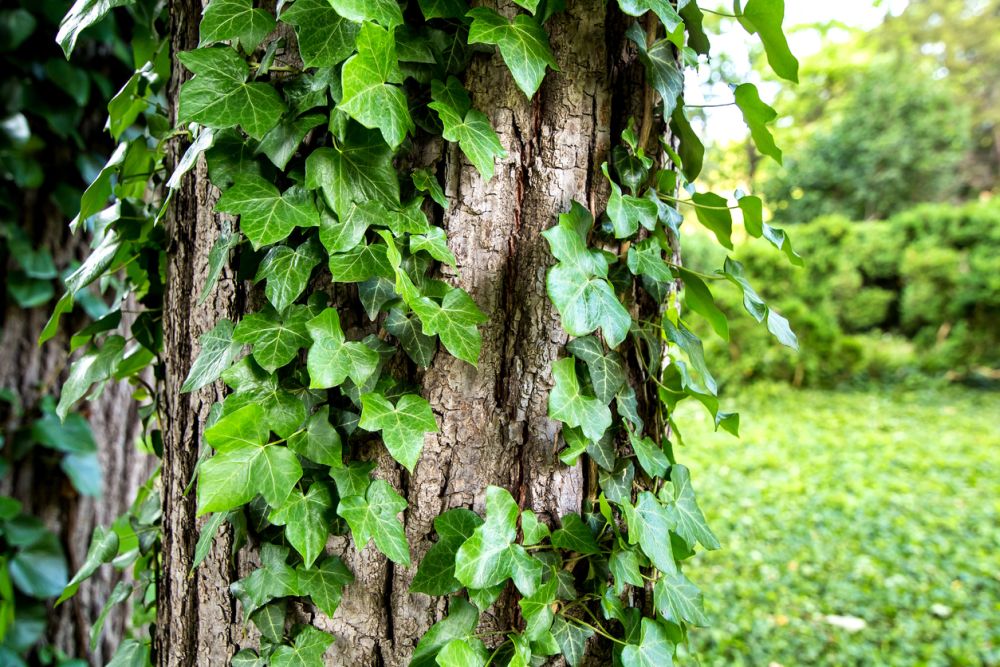 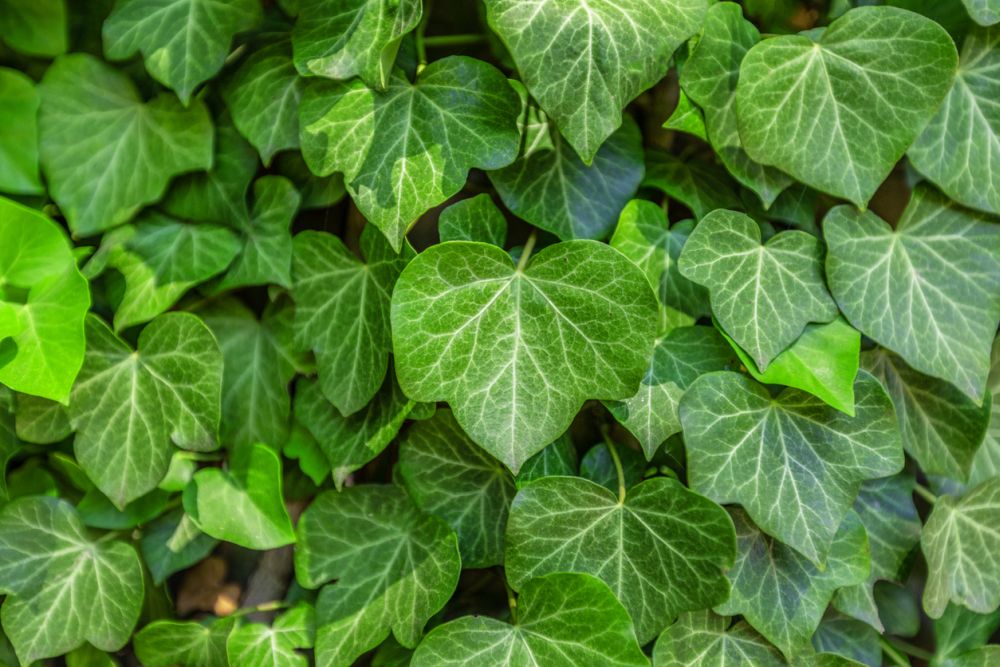 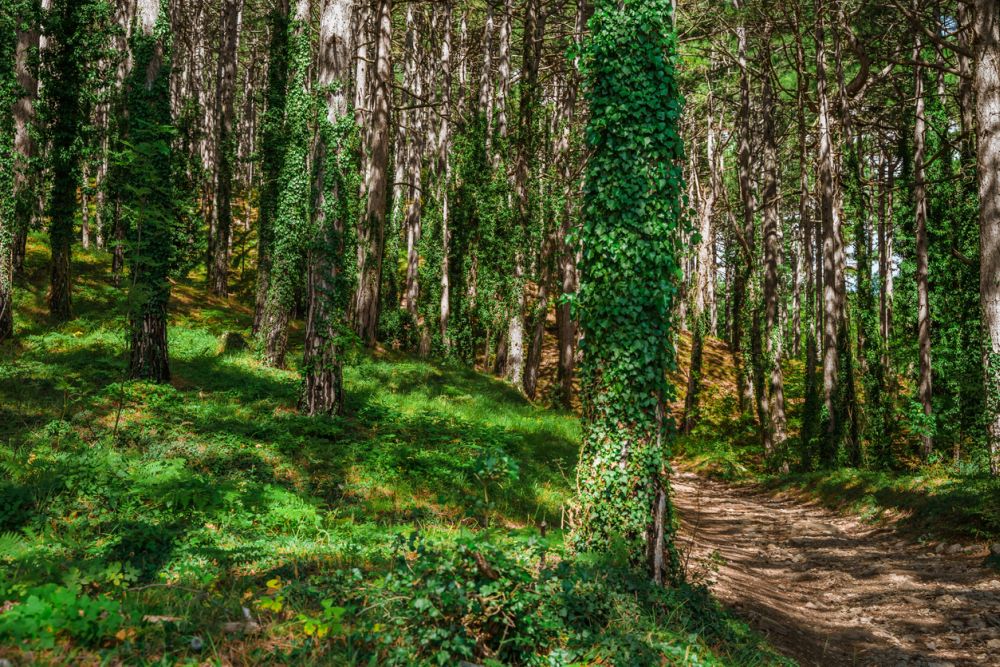 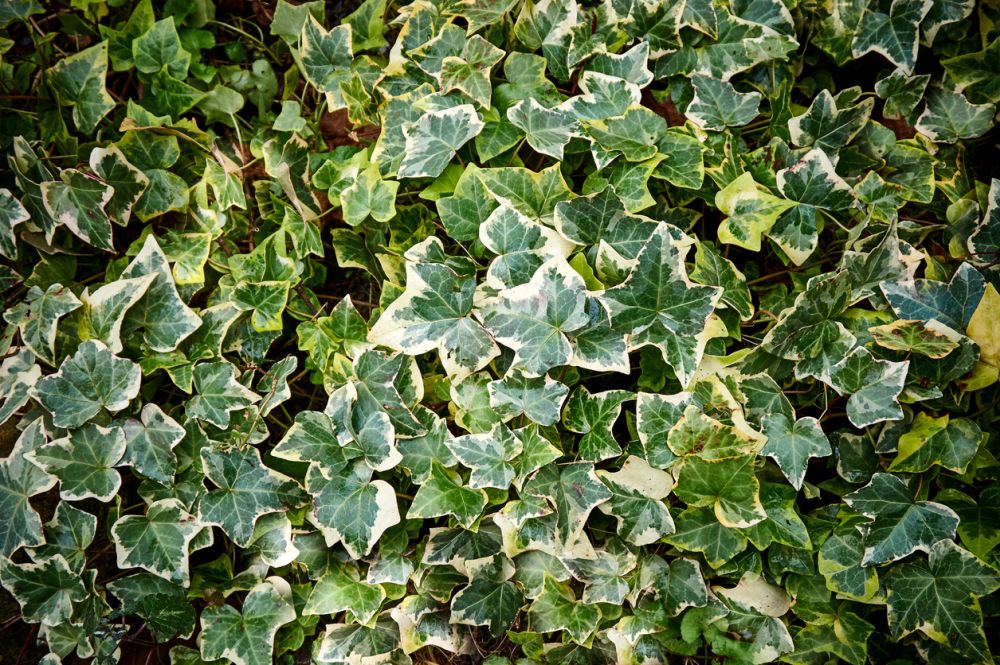 If you’re like us, you probably despise English ivy. This invasive vine is extremely hard to get rid of and can quickly take over an entire yard. Read on to discover how to kill English ivy and ensure that it stays gone for good.

The downside of having a flourishing garden is that, eventually, English ivy will grow out of control. It’s a pesky invasive plant with a knack for growing and clinging to any surface, whether it’s a large tree, wall, fence, or toolshed. Additionally, English ivy crawls all over the ground, covering it with a thick and usually dangerous carpet.

The goal of this article is to teach you how to kill English ivy to ensure it doesn’t return to your garden. Find out how to remove English ivy from trees, the ground, and walls. You will also discover the best chemical herbicides and home remedies for killing English ivy. But first, let’s find out why it’s a good idea to get rid of English ivy and how to identify this plant.

Why Get Rid of English Ivy

Not all ivy plants are bad. Some varieties like the Boston ivy have ornamental value, so you can use them to cover your walls and turn a drab structure into a lush green backdrop for floral plants.

Once English ivy takes over an entire area, it becomes increasingly difficult to remove. The roots of English ivy dig deep in the soil and stay active long after culling all the leaves and branches on the surface. And when you think you’ve successfully eliminated the green threat, the English ivy sprouts up again, reclaiming all its lost territories.

English ivy is an ivy species with more downsides than upsides, such as:

In the next section, learn how to identify English ivy.

How to Identify English Ivy

This section teaches you how to identify English ivy by leaves, shape, color, and fruits:

In the next section, learn how to remove English ivy from trees.

How to Kill English Ivy on Trees

The following instructions teach you how to kill English ivy on trees:

In the next section, learn how to remove English ivy from the ground.

How to Kill English Ivy on the Ground

Removing a thick carpet of English ivy from the ground is more challenging than handling trees since it’s difficult to spot. Also, the vines are usually entangled in a dense web of leaves and branches that take time to unravel.

Learn how to kill English ivy on the ground by following these instructions:

In the next section, learn how to remove English ivy from walls.

How to Kill English Ivy on the Wall

Discover how to kill English ivy on walls by following these instructions:

In the next section, discover the best chemical herbicides for destroying English ivy.

Ivy can be a real headache in your garden. But even poisonous species like English ivy are no match to the dangerous herbicides often touted as an effective treatment for the invasive plant.

The problem is that chemical herbicides have a negative impact on the environment, killing off good plants in the garden, along with bumblebees and honey bees. And some of them are considered carcinogens, which is why it’s illegal to use chemical herbicides in certain states.

We list these herbicides here for educational purposes only since we don’t recommend using any of them in your garden:

In the next section, discover the best home remedies for destroying English ivy.

Compared to chemical herbicides, home remedies are environmentally-friendly solutions and won’t put your family and pets in harm’s way. But home remedies take longer to produce an effect on English ivy.

Here are safe ways to dispose of English ivy using a white vinegar mixture, salt and duct tape, and mulching.

Using white vinegar mixture is quite effective against all ivy species, including English ivy. Here’s what you need to do:

In the next section, check out the salt and duct tape solution.

Using salt and duct tape is more invasive than using a white vinegar mixture, but it’s effective against young thick vines. Here’s what you need to do:

In the next section, check out the mulchingsolution.

Mulching is an excellent way to kill English ivy on the ground. Here’s what you need to do:

In the next section, learn more useful information about English ivy.

This section gives you simple answers to common questions about English ivy.

Yes, English ivy is poisonous to humans and pets. The leaves and berries of the plant contain saponins, which can cause gastrointestinal issues if ingested. Symptoms may include vomiting, diarrhea, and excessive drooling. In severe cases, saponin poisoning can lead to seizures and death.

Yes, English ivy can attract mosquitoes. The leaves of the plant provide a shady, humid environment, ideal for mosquito breeding. Additionally, the saponins in the leaves can be toxic to mosquito larvae, causing them to develop more slowly or die outright.

How does English ivy spread?

English ivy spreads primarily through rhizomes, which are horizontal stems that grow just below the soil surface. These rhizomes can produce new roots and shoots, allowing the plant to rapidly colonize new areas. English ivy can also spread through seeds, which are typically dispersed by birds.

How fast does English ivy grow?

English ivy grows quickly, typically 4 to 6 inches per year. However, the plant can grow even faster in ideal conditions, such as rich soil and ample moisture. It can reach heights of up to 100 feet when given something to climb on.

The next and final section summarizes the entire article on killing English ivy.

To review, English ivy is a poisonous plant, a real threat to humans, pets, and other plants. If your yard is affected by this intrusive plant, it’s best to remove it as soon as possible. We’ve provided instructions for easily identifying English ivy and destroying it on trees, walls, and the ground.

Whether you prefer a dangerous but effective solution like using a chemical herbicide, or a safe and more time-consuming home remedy alternative is up to you.

What are your favorite tips for killing English ivy? Let us know in the comments below!

Tree Ivy Houseplant – How To Grow And Care For Tree Ivy