Each summer, we find ourselves going through the beach towels at home and at our cottage and wondering how the heck we’ve taken such a toll on the old ones. Now, they’re not necessarily threadbare, but they certainly don’t always stay quite as fluffy and nice as they were when we bought them. We spend so much time on the beach each year, however, that we’re always tempted to get new ones when the weather first starts warming up so that they really will last us the whole season. With that said, we never want to get rid of the old ones entirely either because we’ve always been a “waste not, want not” kind of family. What essentially ends up happening, then, is that we kind of just accumulate beach towels and end up with way too many sitting around. That’s why we’ve been looking for crafty ways to upcycle them into brand new things!

Just in case you also have a surplus of towels and the idea of repurposing them into other useful things to give them a new lease on life sounds as appealing to you as it did to us, here are 15 of the best project ideas and tutorials that we’ve come across so far in our test to reuse the towels we have spilling off our shelves. 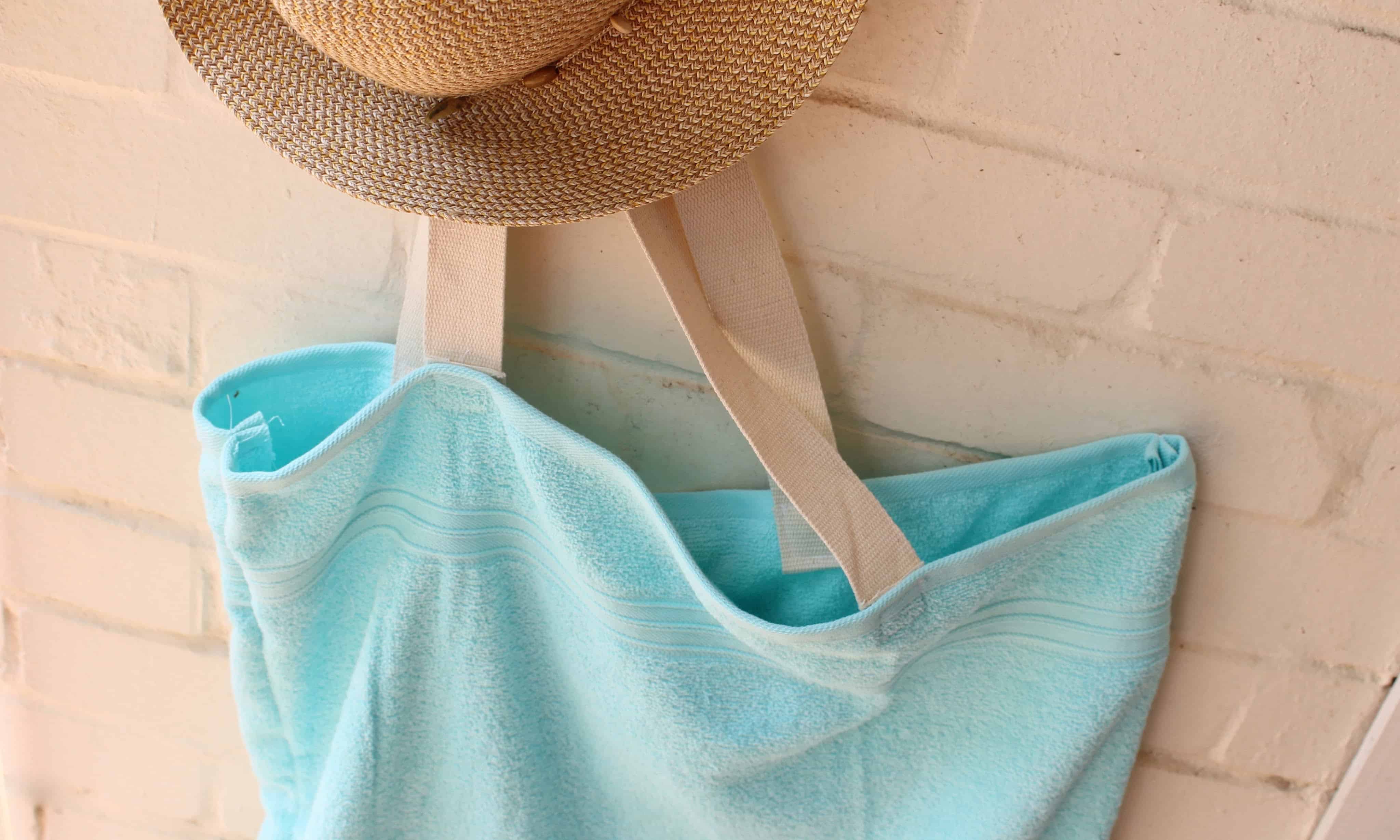 Besides towels, something we always find we can use is a good, sturdy beach tote! Sure, we can use just about any reusable grocery bag that we already have at home, but we find that we prefer our beach totes to be washable because they pick up so much sand with each trip. That’s why we thought this idea from Kidspot for creating a DIY tote from an old beach towel was such a good idea! We love this particular tutorial because they show you how to make sturdy straps to go along with it, making it even better for carrying things. 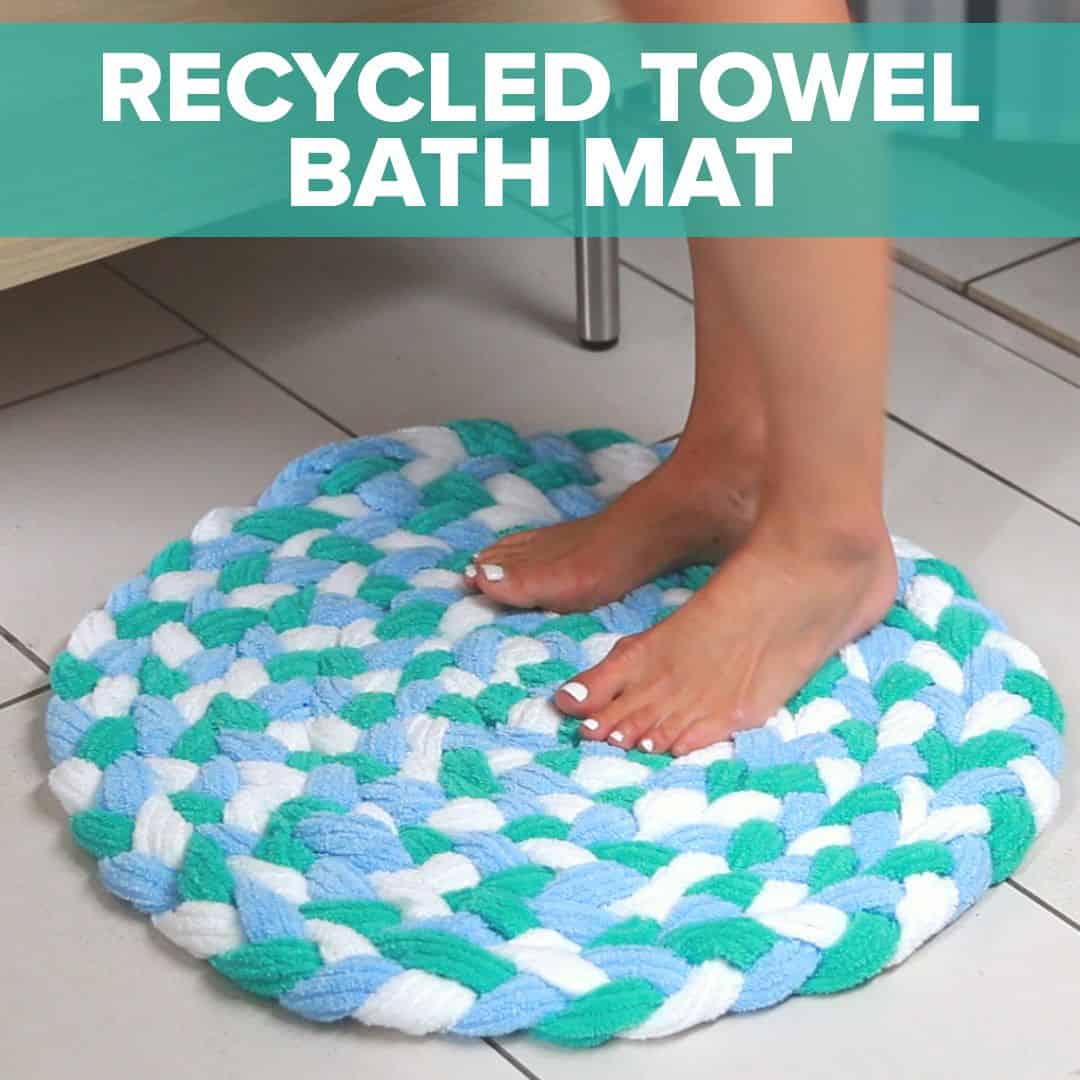 Do you actually have so many towels available for repurposing that you’ve got an array of colours to choose from? Well, what if we said that you could make something with at least three different colours so you can use more towels up at once without even having to choose between colours? Then we have a feeling you’ll be pretty intrigued indeed by this braided towel strip bath mat idea featured on Buzzfeed! This is one of those great projects where the final product is quite impressive but the process is actually a lot simpler than you’d think. 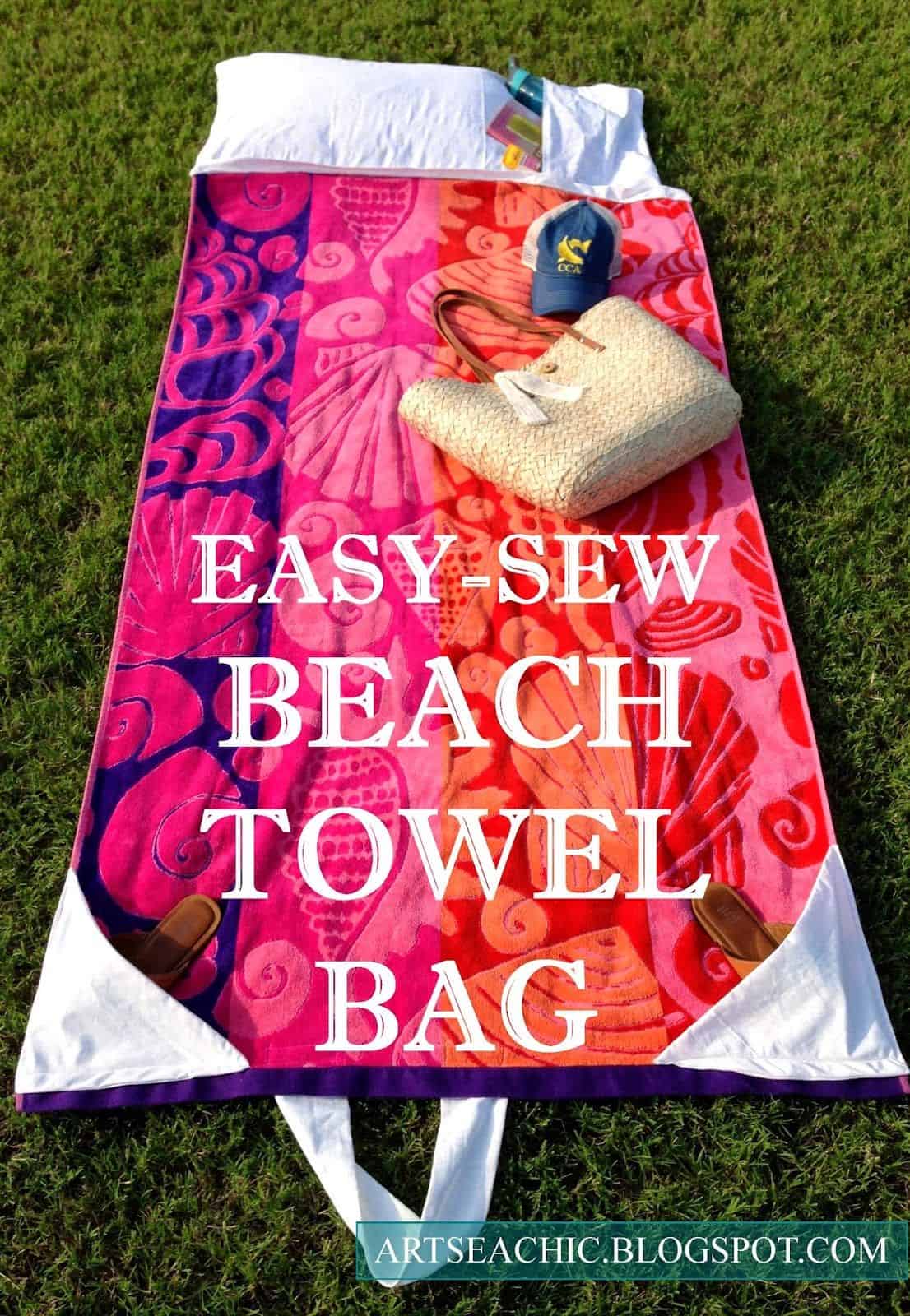 Believe it or not, not everything you make from an old beach towel has to involve cutting the towel up into pieces or drastically changing it. This tutorial from Artsea Chic, for example, shows you how to create a portable “beach bag” that actually folds out into a comfy lounger complete with a pillow. It’s perfect for sun tanning on the beach or even just laying out on the grass in your yard to read a book on a warm afternoon! 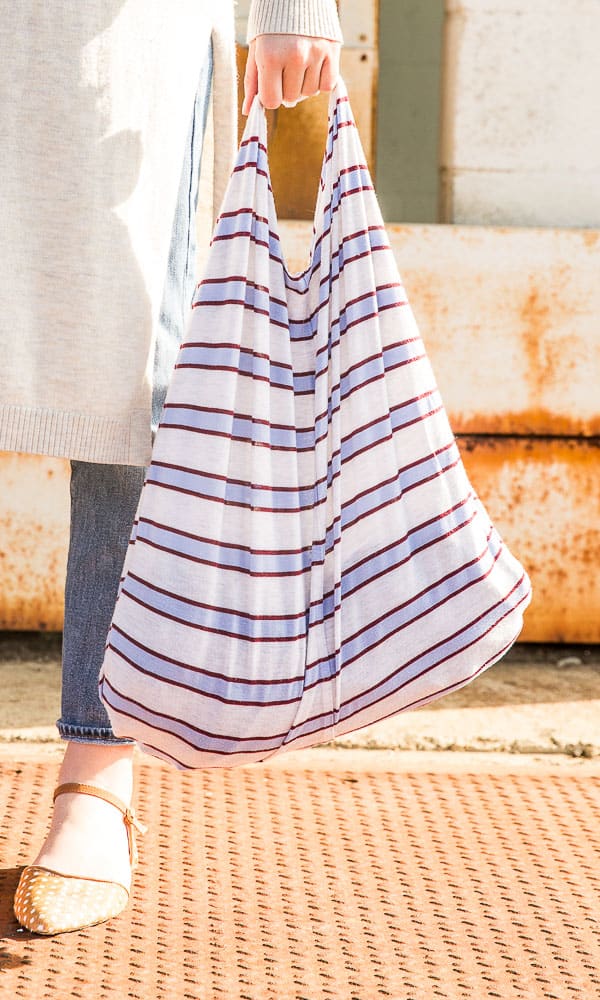 Are you actually very into the idea of making yourself a new tote from your towels, whether you use them to go to the beach or even just get some groceries when you walk over to the store, but you’d rather make a simpler version that doesn’t require adding external straps or handles? Then we think you might actually prefer this tutorial from Paper n’ Stitch that teaches you how to make an even simpler tote with cut-out handles in just a few easy steps. 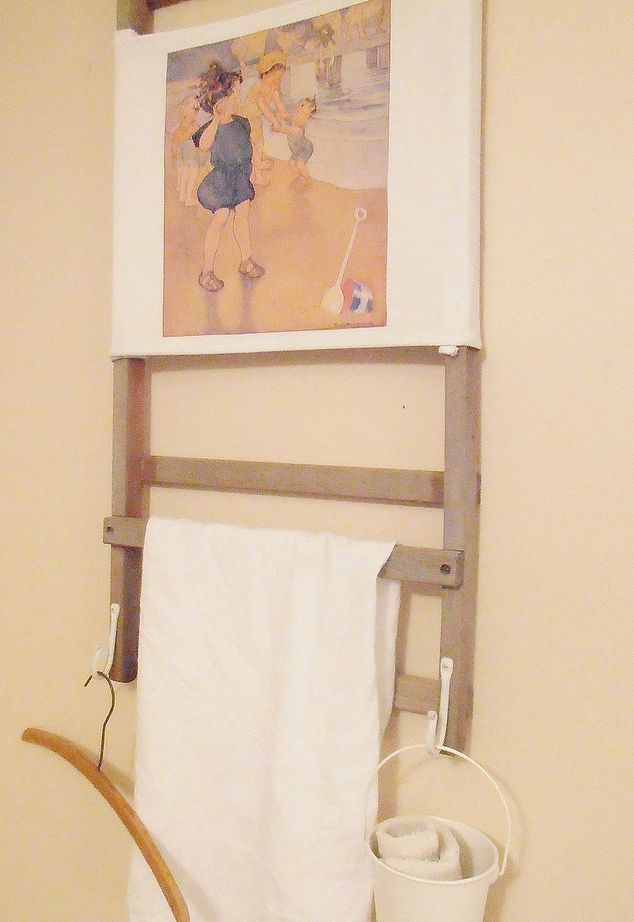 Beach towels aren’t actually the only beach related things that you can upcycle into something else! We know this option on our list is a little bit off based with the theme, but we thought it was so cute that we just couldn’t resist including it anyways. Hometalk suggests taking those old beach chairs from your garage that have been around so long the style has become vintage and transforming them into wall hangers that serve as towel racks for your current beach towels, complete with hooks for hanging wet swimsuits on. 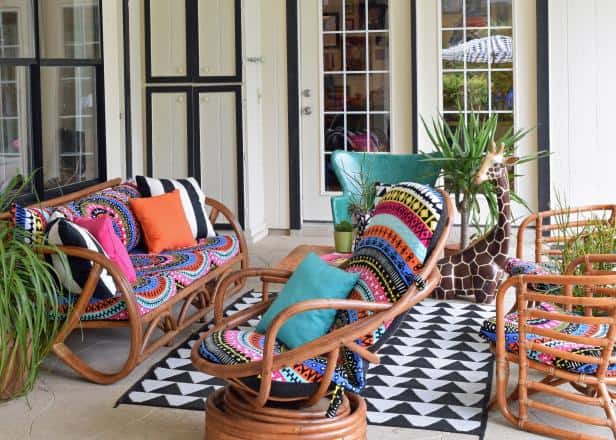 Have you been quite intrigued so far by the concept of using towels to make great washable alternatives for certain summer things, but we just haven’t quite found the perfect project for you that you think you’ll use often enough to justify making it from scratch? In that case, here’s another alternative for you that will help you make your porch, deck, or patio a lot more comfortable. Check out how DIY Network used old patterned beach towels to create fun pillow slips that are washable and will withstand a little rain in case you forget to bring them in off the patio chairs. 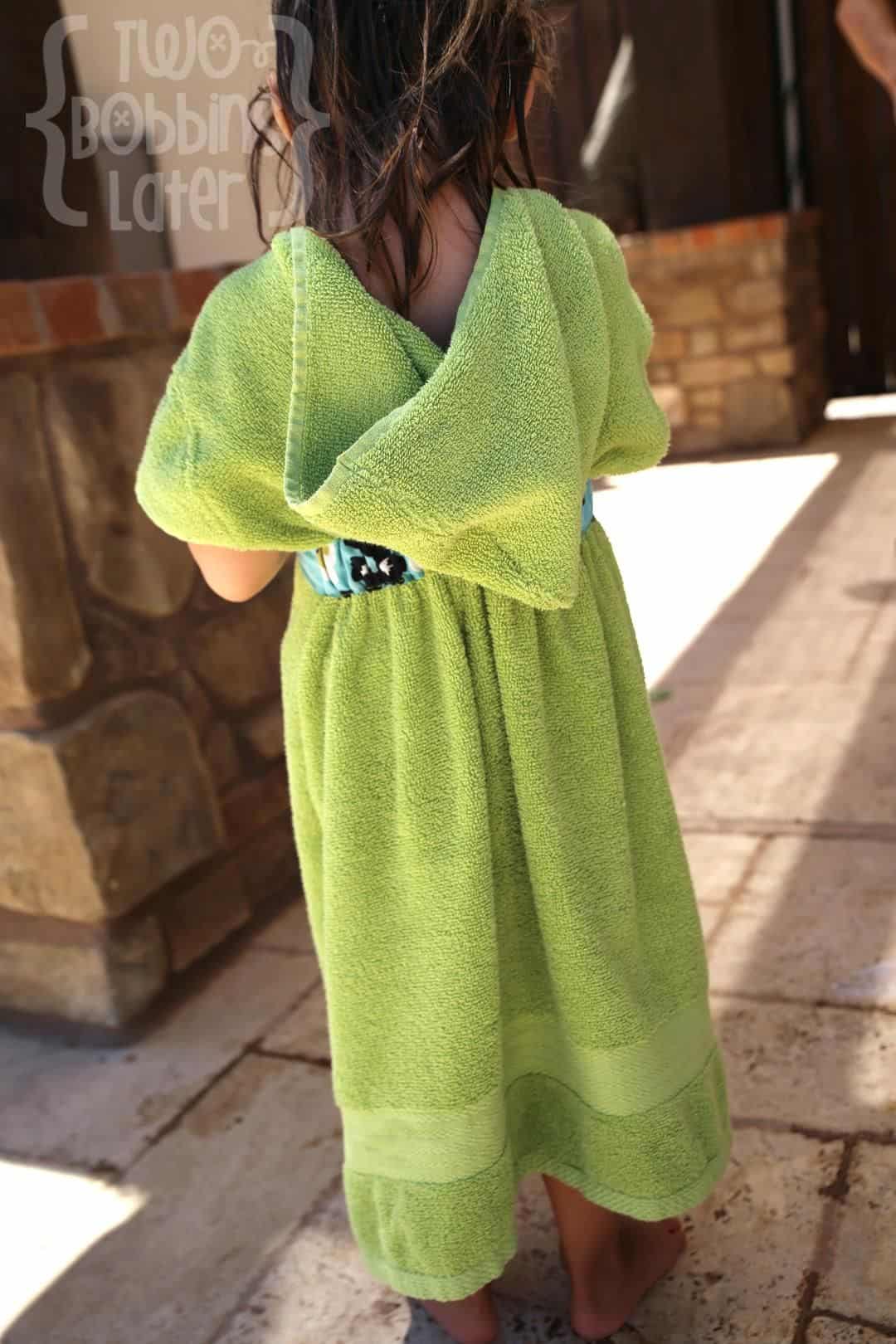 Are your beach towels actually quite large, like the kind your younger kids can fully wrap themselves in and be covered from head to toe, so you have quite a lot of “fabric” to work with in order to make something out of them? Then we’d definitely suggest taking a look at how Two Bobbins Later made their kids snuggly, warm bathing suit covers from their towels to wear on the beach or by the pool after a nice swim! 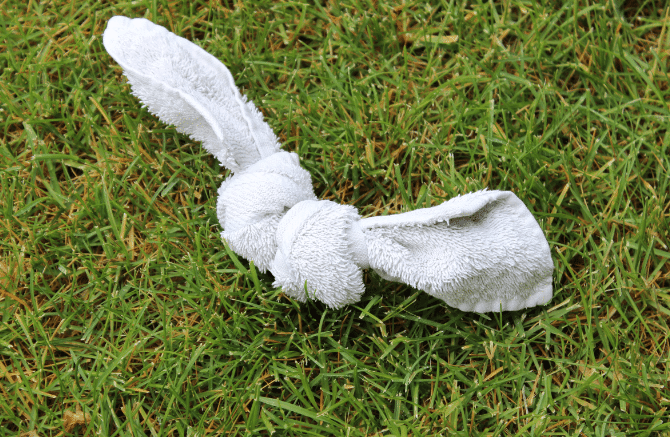 Technically this idea, which we’ve probably used for our dogs about a hundred times, could be done with any kind of old towel or household cloth, but we like using beach towels because they’re always fun colours and neat patterns! Fabulessly Frugal suggests cutting your old towels into smaller pieces and tying several knots in the centre to make a homemade tug-o-war game that your dogs can really lay into without worry or wrecking them; you can just grab another cut up section of repurpose beach towel and make another toy! 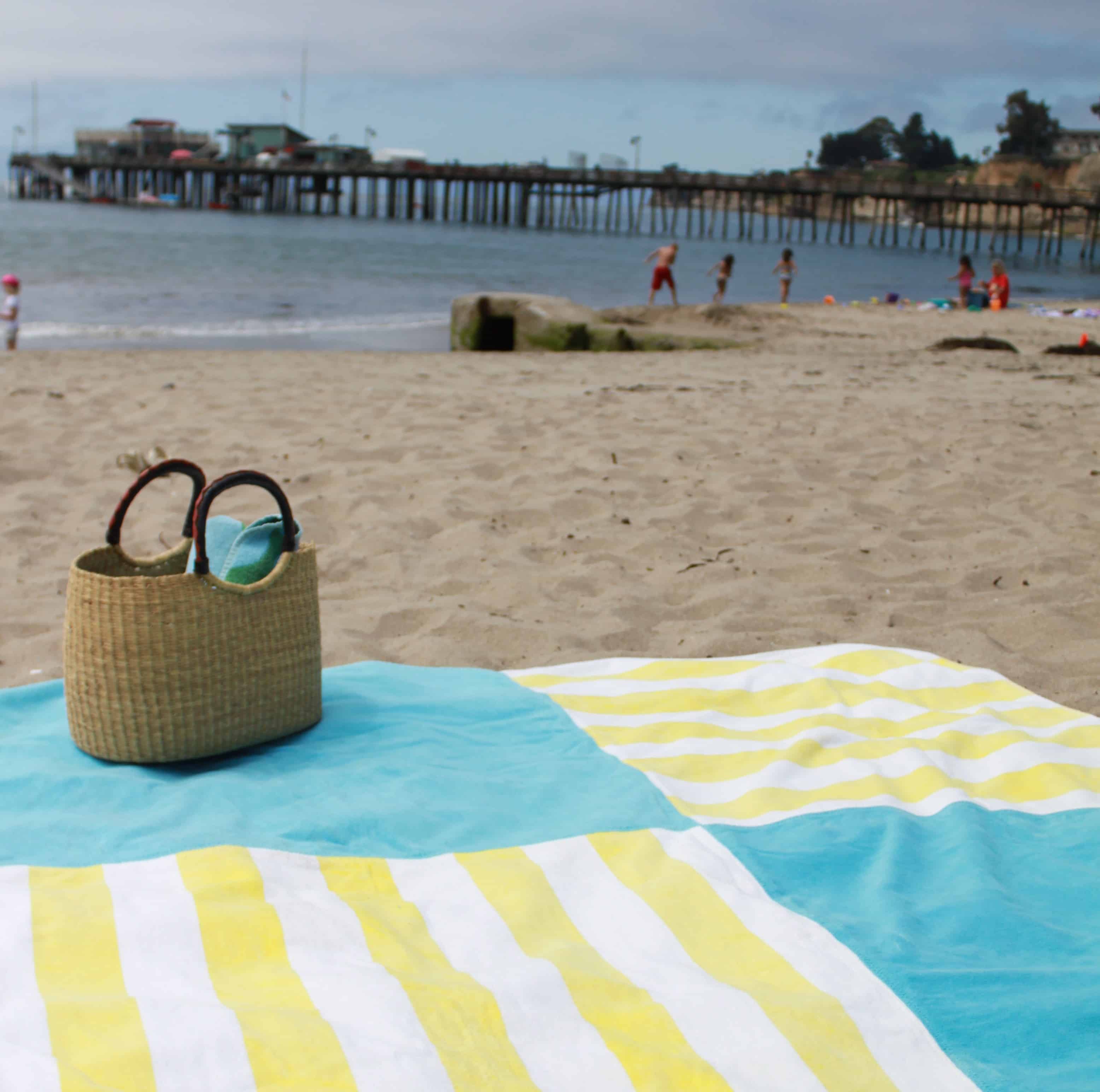 When we take our family to the beach, we like taking large blankets with us so we can all sit together, rather than just laying our towels out on the sand and having everyone sit individually and then be covered in sand later when they need to use them to dry off after they swim. Finding blankets that are quite big enough and also washable, however, can be a challenge. That’s why we adored this patchwork towel beach blanket idea featured on My Material Life. They guide you step by step through the simplest quilting technique to join several old towels into one big comfy spot to sit on the sand. 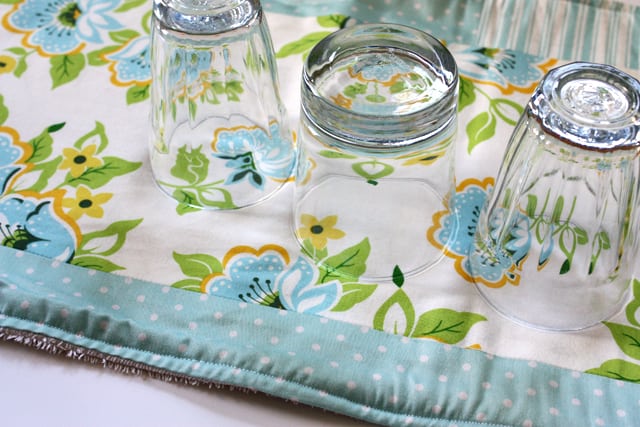 Have you always found that setting your dishes on a towel on the counter to dry is more space efficient for your home than just filling up the dish rack because you have a lot of counter space to use and you tend to do so many dishes at once? We like to do that too but we often find that a regular, singly layered towel isn’t enough to stop the water seeping through onto the counter. That’s why we thought this fantastic dish pad made from an upcycled towel and some scrap fabric was such a good idea. See how it’s made step by step on Noodle Head. 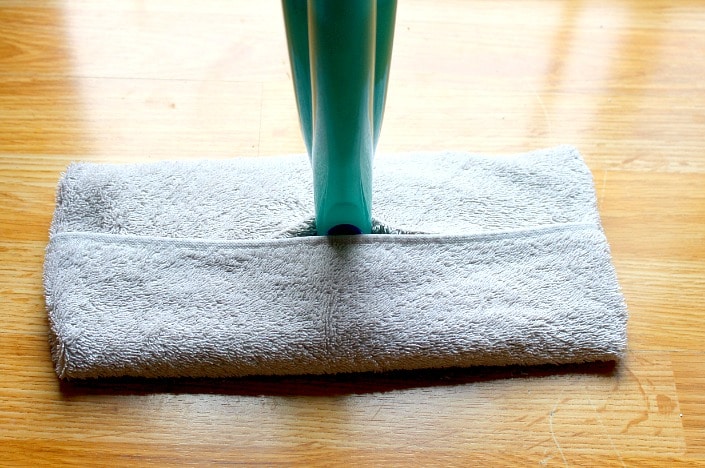 Have you ever used your Swiffer or reusable home mop and, as you were throwing out the cover for the head, thought about how it might be more “green” or environmentally friendly if you created yourself a reusable version that you could wash instead of just putting in the trash? Well, we think you’ll be pleased to see this tutorial from Fabulessly Frugal that helps you create just that! We made a set of several slip covers so that we always have one ready, even if we haven’t washed the other ones yet since they were used. 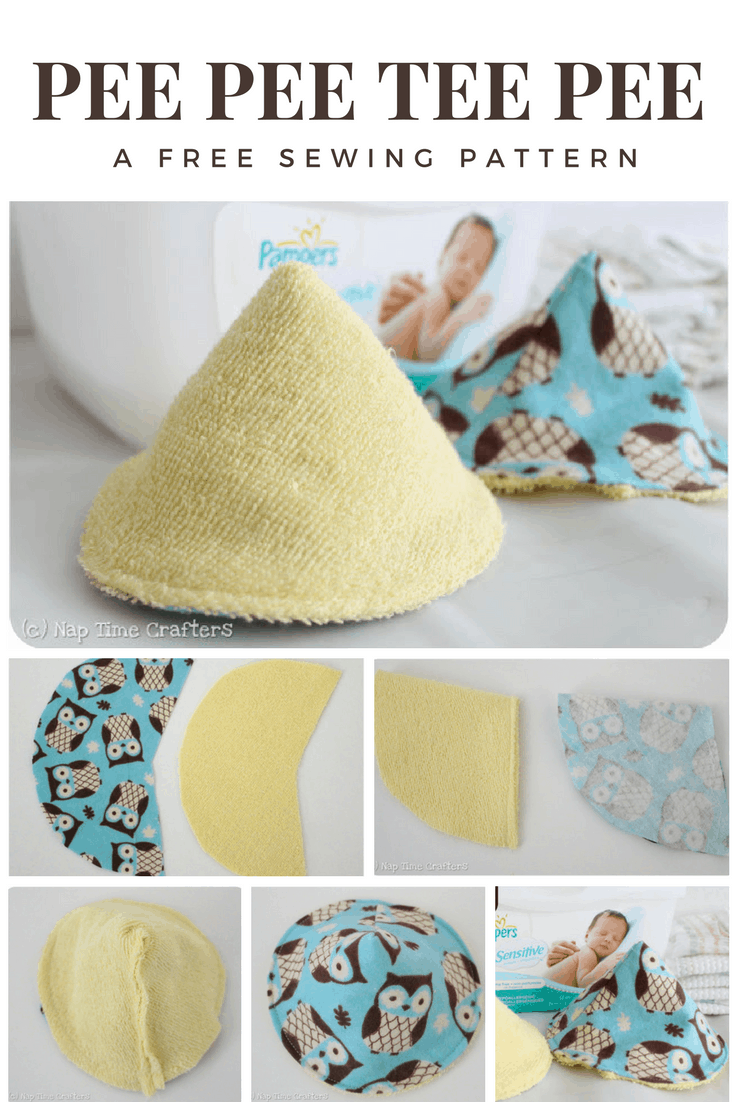 Any parent of little boys will tell you about the known “dangers” of diaper changing time. That’s how the funny little trick called the “pee-pee teepee” came to be! Sure, you can buy different versions of this concept in stores, but if you’ve got old beach towels to spare, a little bit of scrap fabric, and some basic sewing skills, you actually have just about everything you need to make a washable diaper time helper of your very own! See how to get the right shape on Peekaboo Pages. 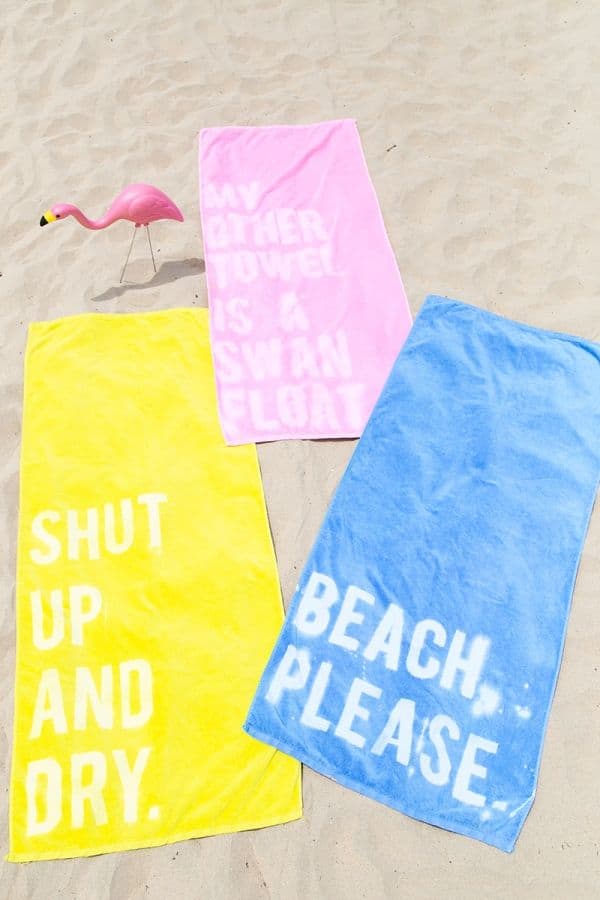 Perhaps the issue with your old beach towels isn’t actually that they’re not usable anymore but rather that you’ve just grown bored of them because they’re quite plain? Then maybe you’d prefer to customize them and add some personality or detail rather than outright upcycling them into something else entirely! After all, you’ll still need some towels and there’s no point in replacing something that’s still working fine. That doesn’t mean you can’t make them look more exciting, though! We love the very overly DIY way that Studio DIY wrote amusing messages on one side of their towels using stencils and careful bleaching techniques. 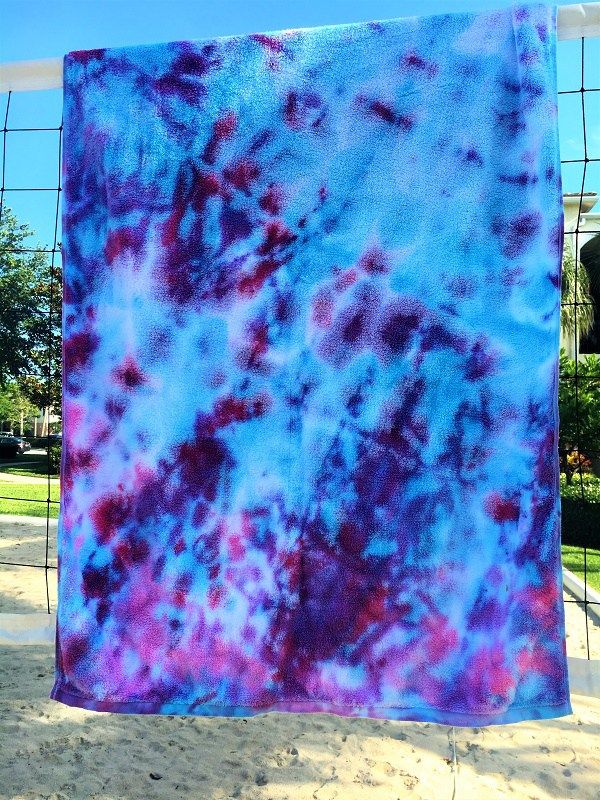 Were you quite intrigued by the idea of adding some personality or design to a otherwise plain beach towel but your personal style is extremely bright and colourful so you’re thinking you’d rather add some exciting shades rather than a sassy saying or technique that actually removes colour? Then we have an awesome alternative idea that sounds much better for you! Take a look at how Ilka’s Blog used beautiful tie dying skills to create a lovely array of colours all over each side. 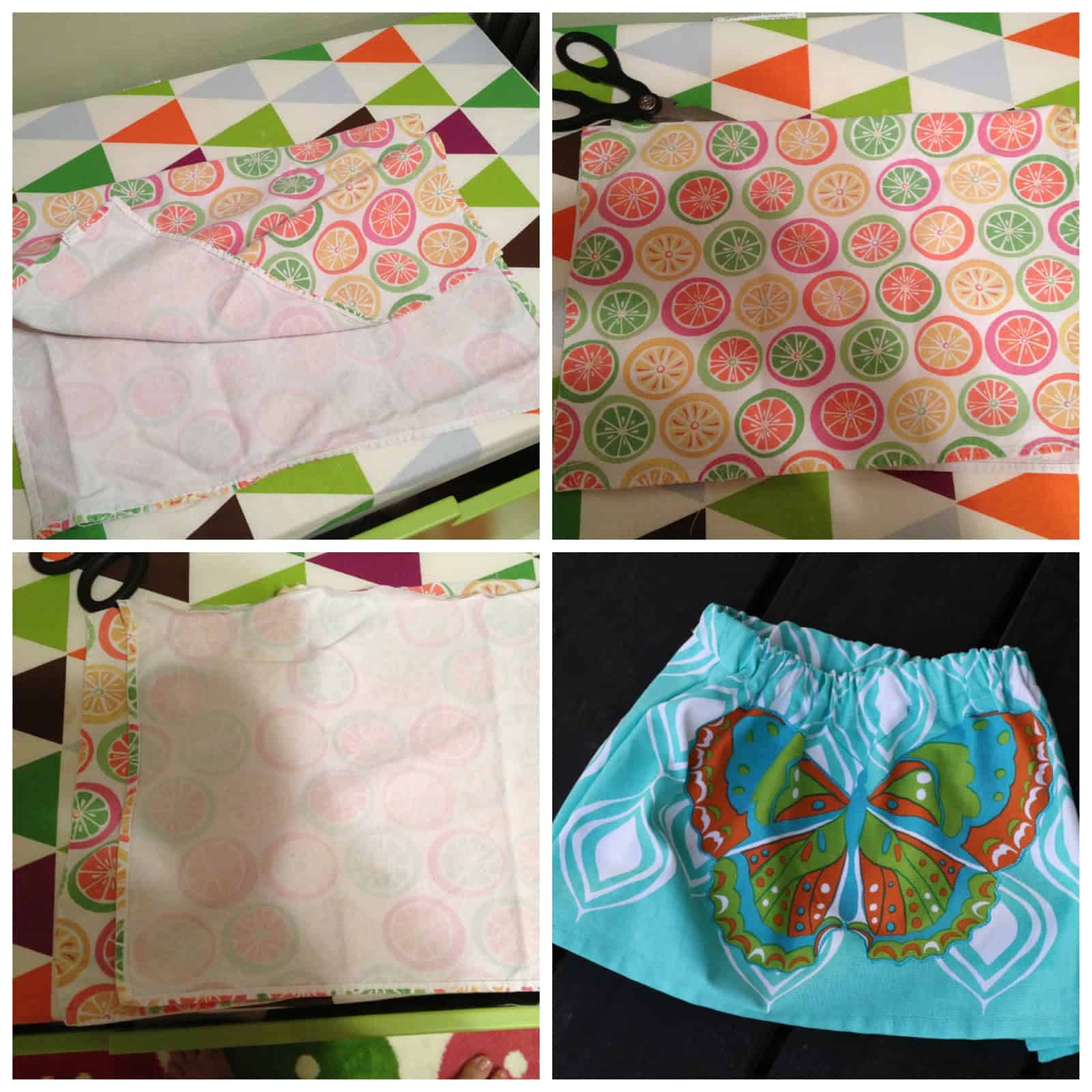 Have you actually found a towel in a store that you loved the colour and pattern of so much that you just couldn’t resist buying it but you think it might honestly be so pretty that you can’t bring yourself to take it to the beach and mess it up by drying off on it in the sand? Well, we’re pleased to report that The Chirping Moms have found a better way to show off that colour and pattern you loved so much! Their tutorial walks you step by step through the process of turning a towel into an adorably kitschy elastic waist skirt that we can guarantee will be soft and comfy!

Have you been experimenting with different ways to upcycle beach towels as well and you’re totally intrigued by some of our ideas but you also have some of your own that you don’t see here? Tell us all about the details or link us to pictures of other upcycled towel projects you’ve created before! 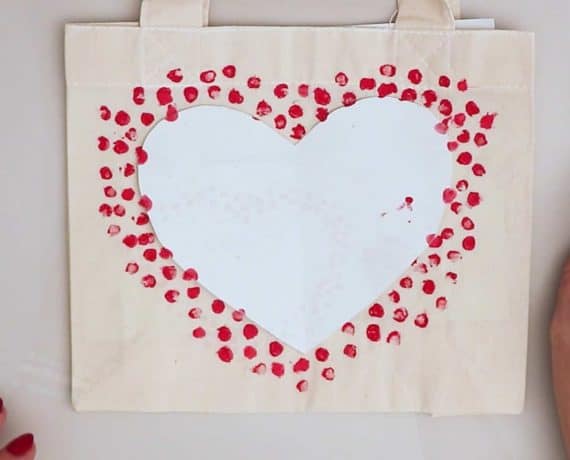 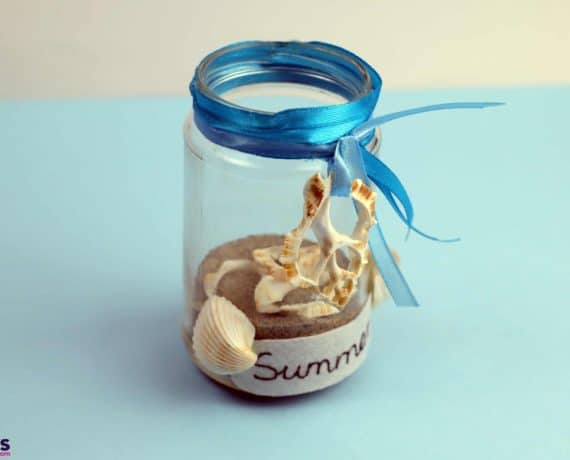 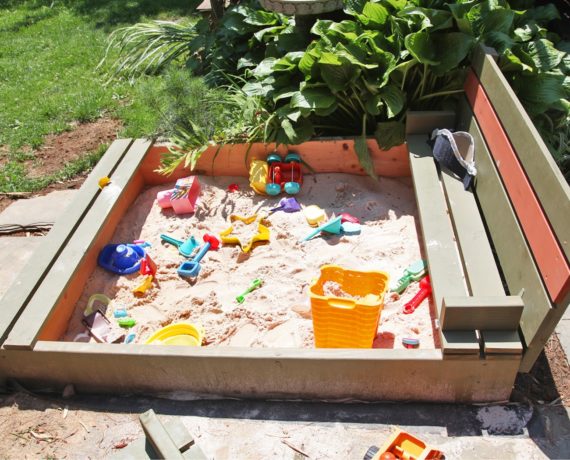 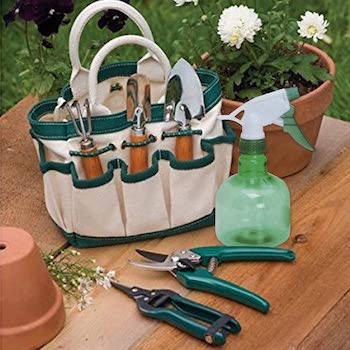 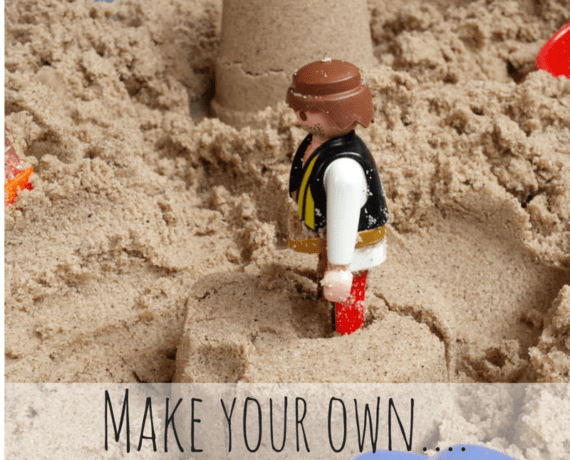