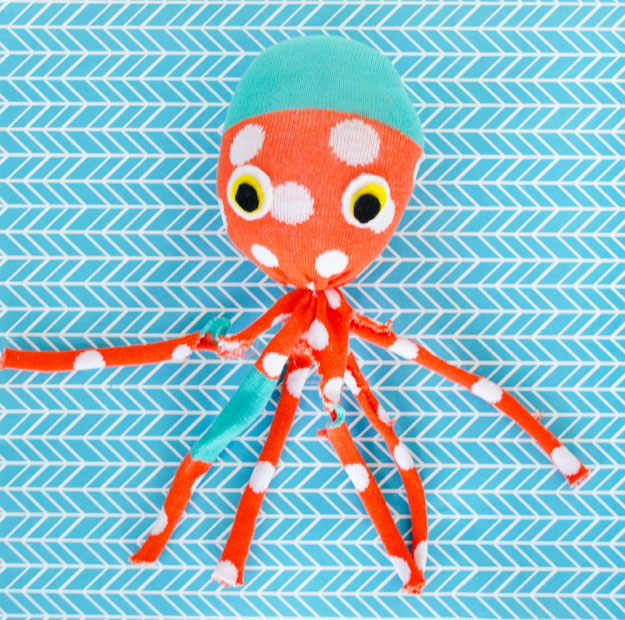 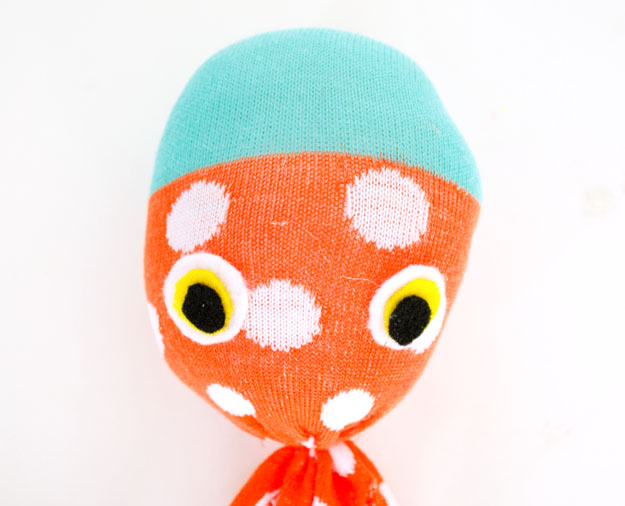 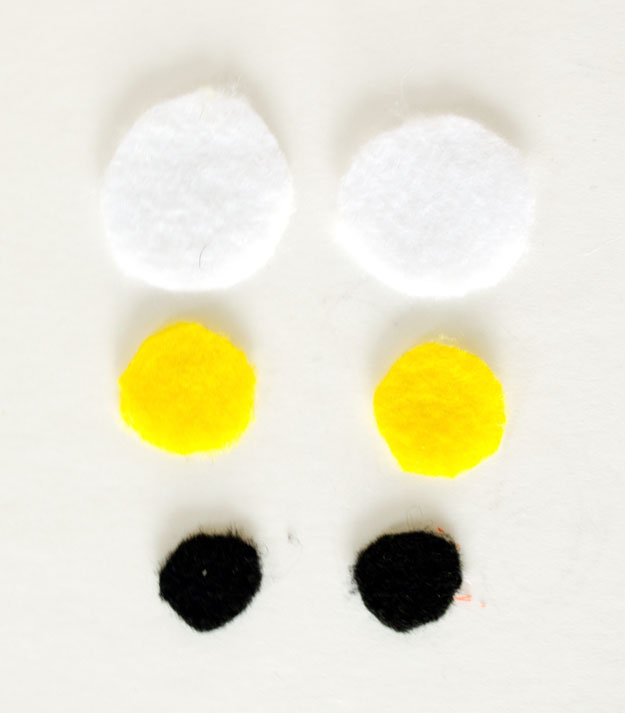 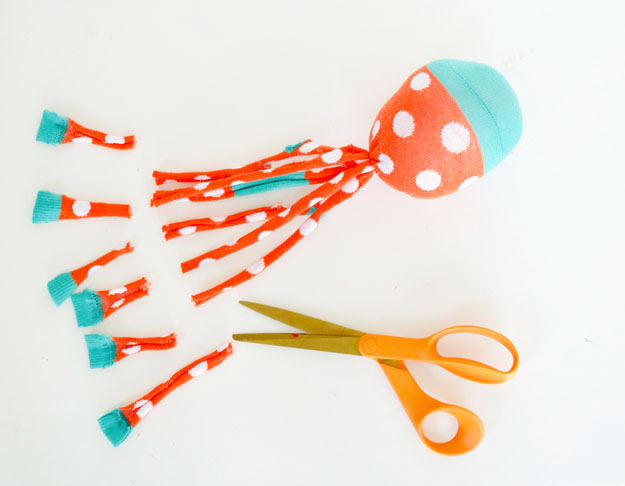 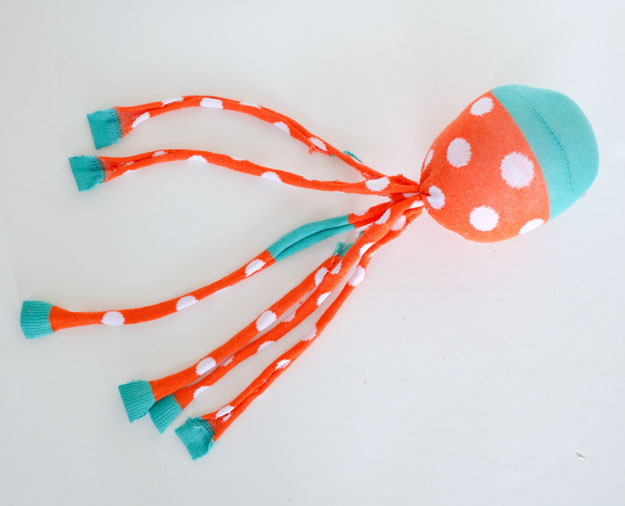 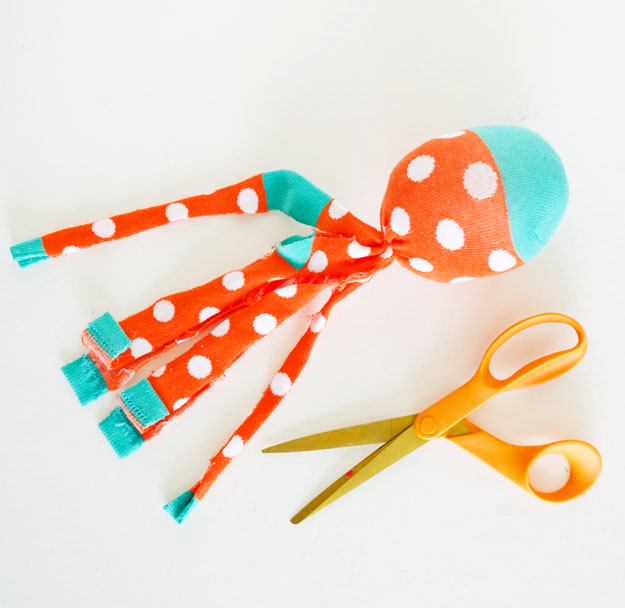 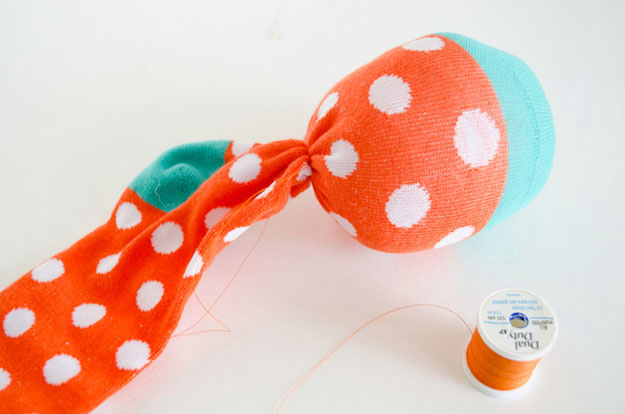 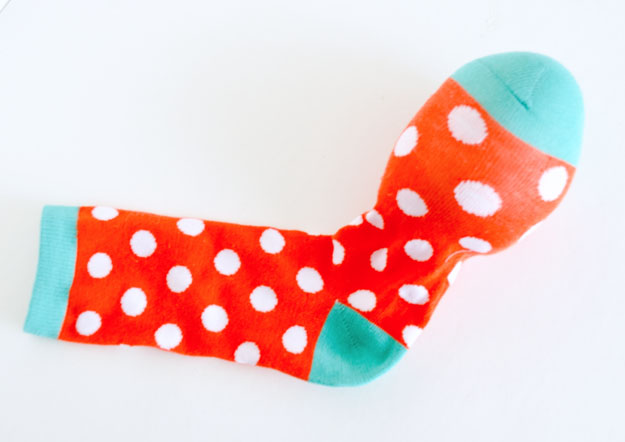 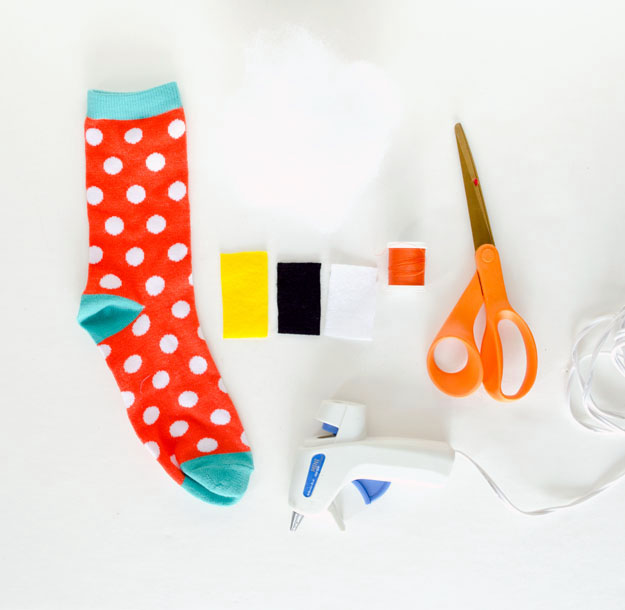 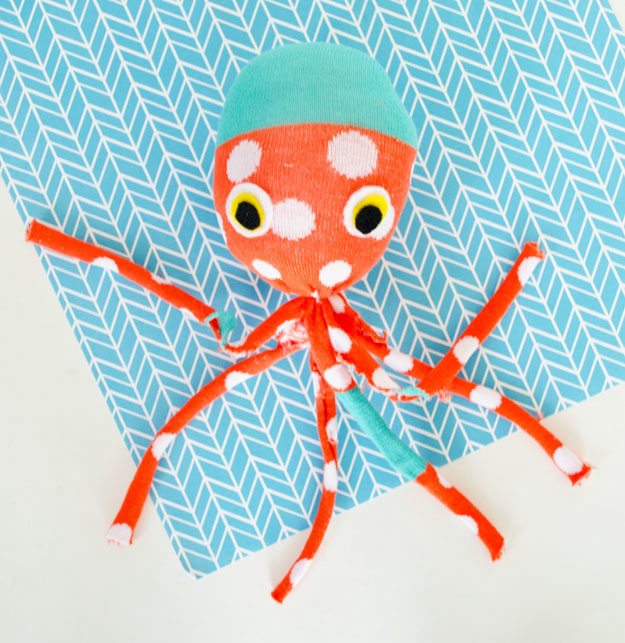 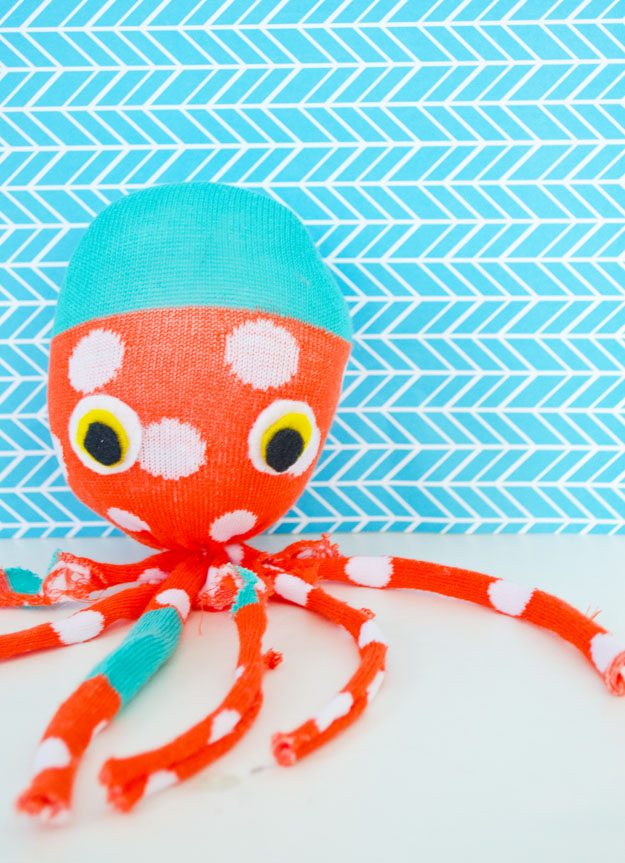 If you have a little one in your life, you need to make this cuddly little octopus.  You can make it in less than 30 minutes!  Your little one will love tossing their octopus in the air and pretending it is swimming through the water.

What makes this octopus plush so great is the fact that it is no-sew!  Grab a bright patterned pair of socks to make two playful octopus plushes.  With a little stuffing here and a few snips there, you will be left with a cuddly octopus in minutes!

Step 1: Grab some batting and stuff it into your sock. You will stuff it all the way to the toe. Continue adding stuffing until you have a nice firm ball.

Step 2: Cut a long piece of thread and wrap it around your sock under your stuffing. You will tie a knot and pull it nice and tight to keep your batting from coming out. I would recommend tying a few knots. Cut the excess thread.

Step 3: Take your scissors and begin cutting strips from the top of the sock, all the way to the bottom of your batting. I cut my strips about a half-inch. Continue cutting strips until you have cut the entire sock.

Step 4: Once all of your strips have been cut, begin pulling down on them. Pulling down will curl the unfinished edges in.

Step 5: Determine how long you want your tentacles to be. Once you decide on a length, use your scissors to trim them down.

Step 6: To create the eyes of your octopus, you will cut three different sized circles of felt. You will cut a total of 6 circles. Your white felt will be the largest, followed by yellow, and the smallest circles will be black. My white circles where a little less than an inch in circumference. I just make the rest of my circles a little bit smaller than the prior circles I had cut.

Step 7: After you have all of your circles cut, you will begin to assemble your eyes. You will glue your yellow circle to the center of your white circles and then glue your black circles to the center of your yellow circles.  Place some glue on the back of your eyes and glue them to front of your sock octopus. I set mine lower and a little off to the side to make it look like a true octopus.

See how easy that was? You could whip up a bunch of these and hand them out as party favors for an under-the-sea themed birthday party!

25 DIY Felt Christmas Ornaments To Make With The Kids