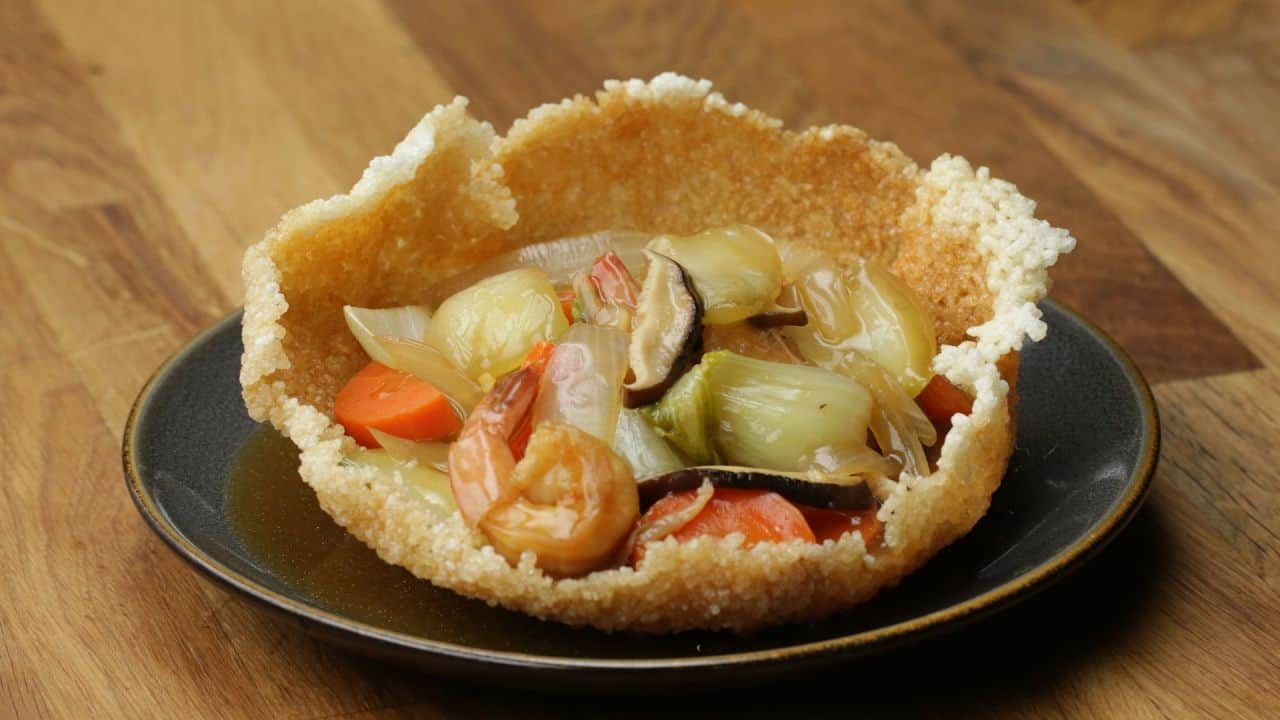 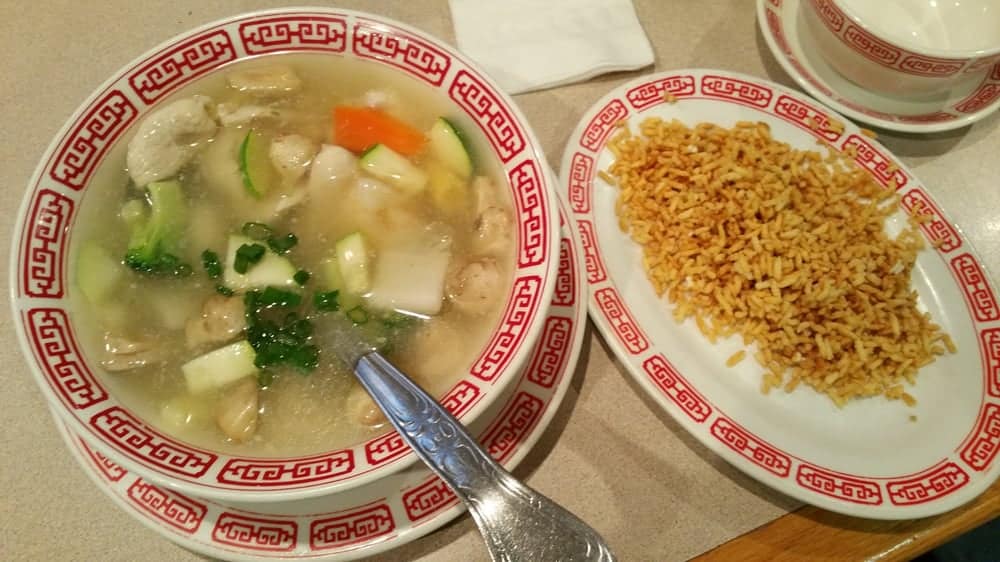 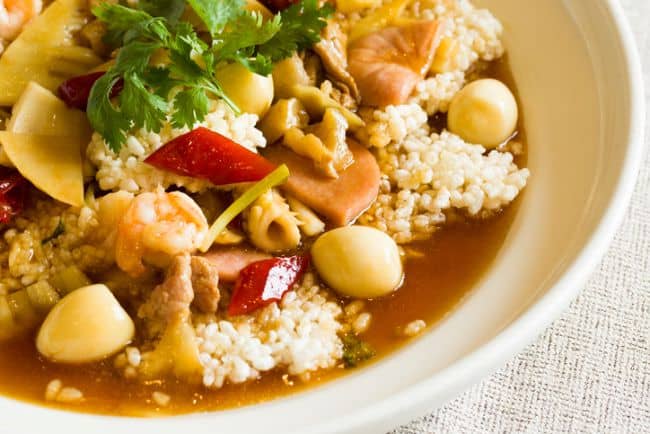 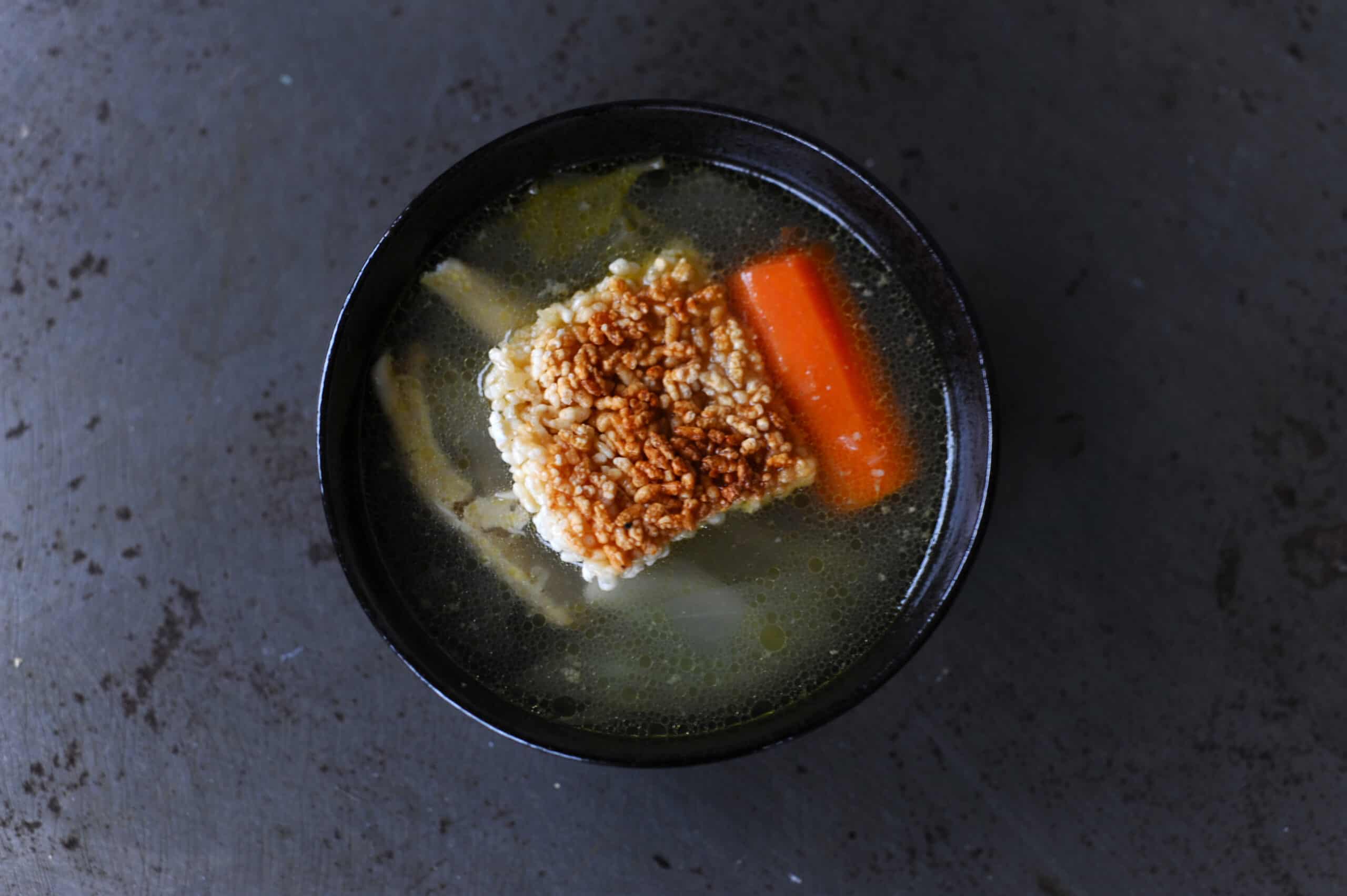 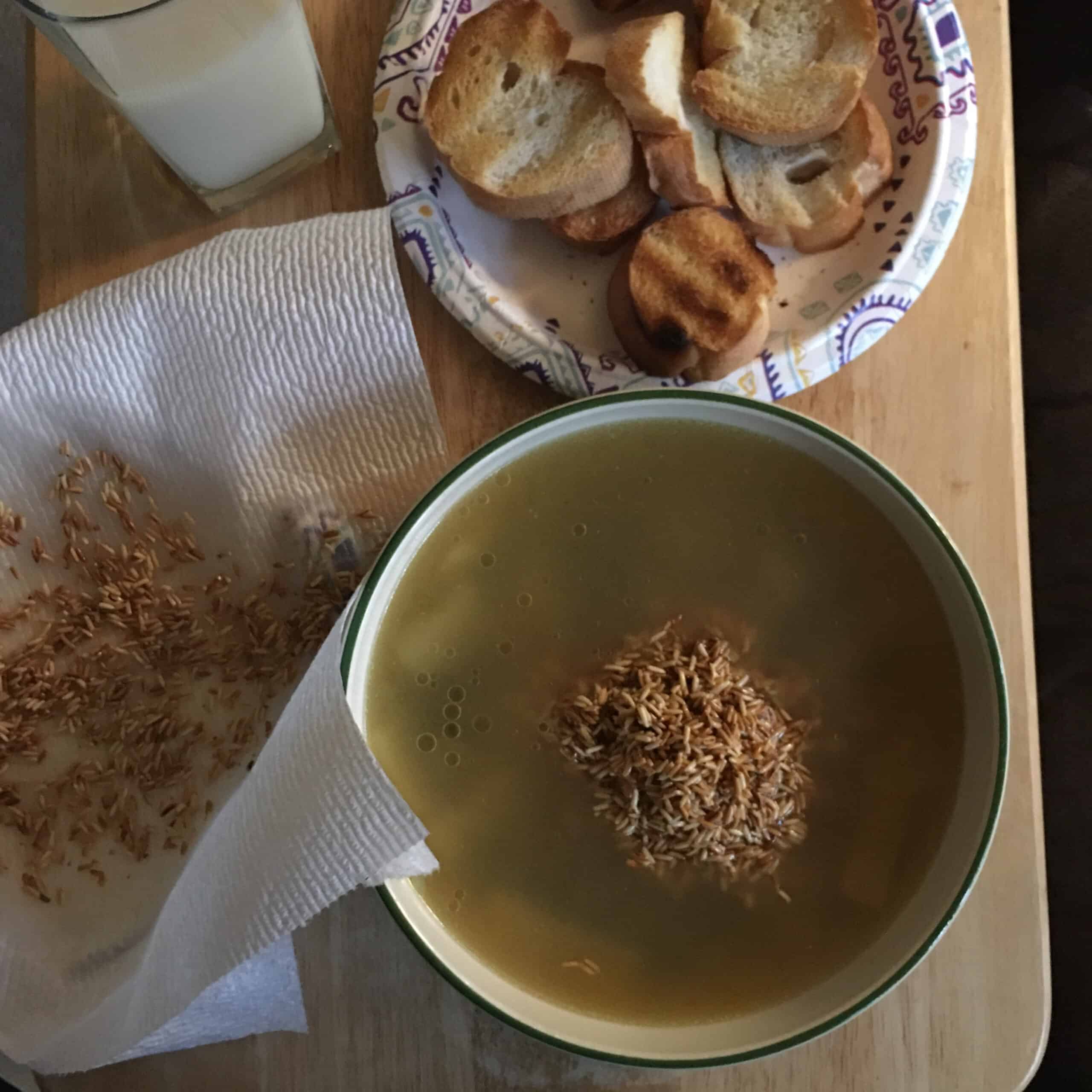 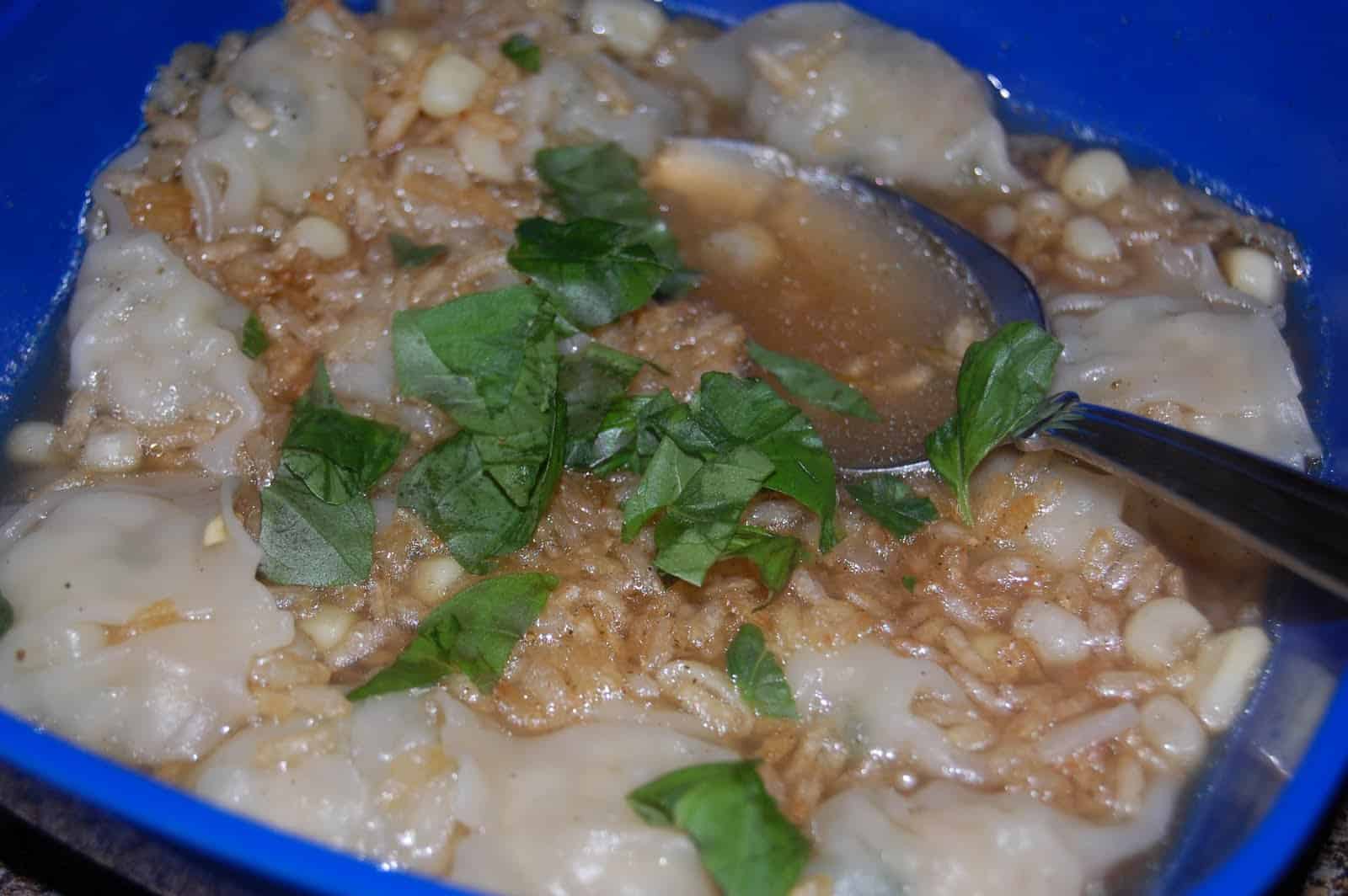 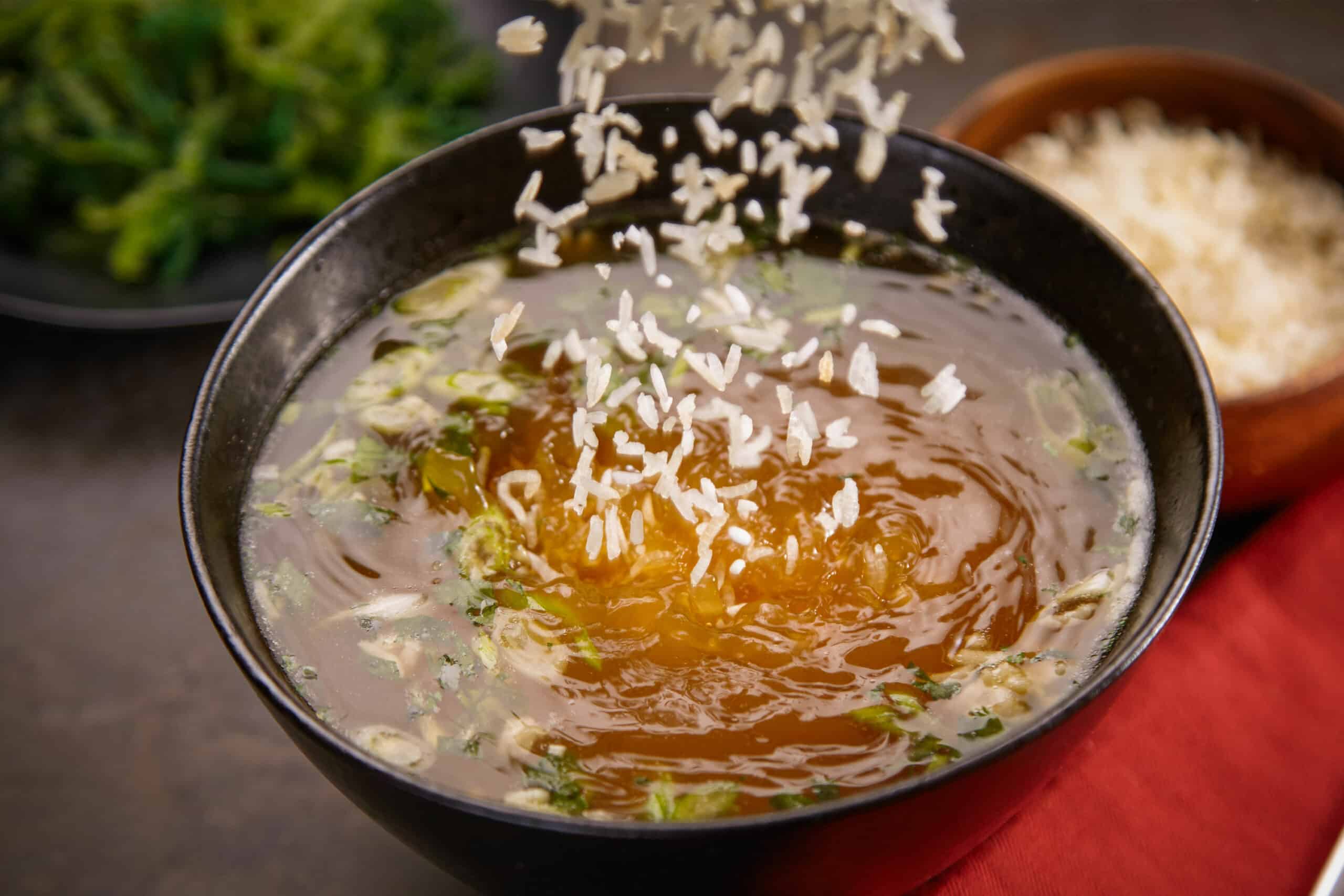 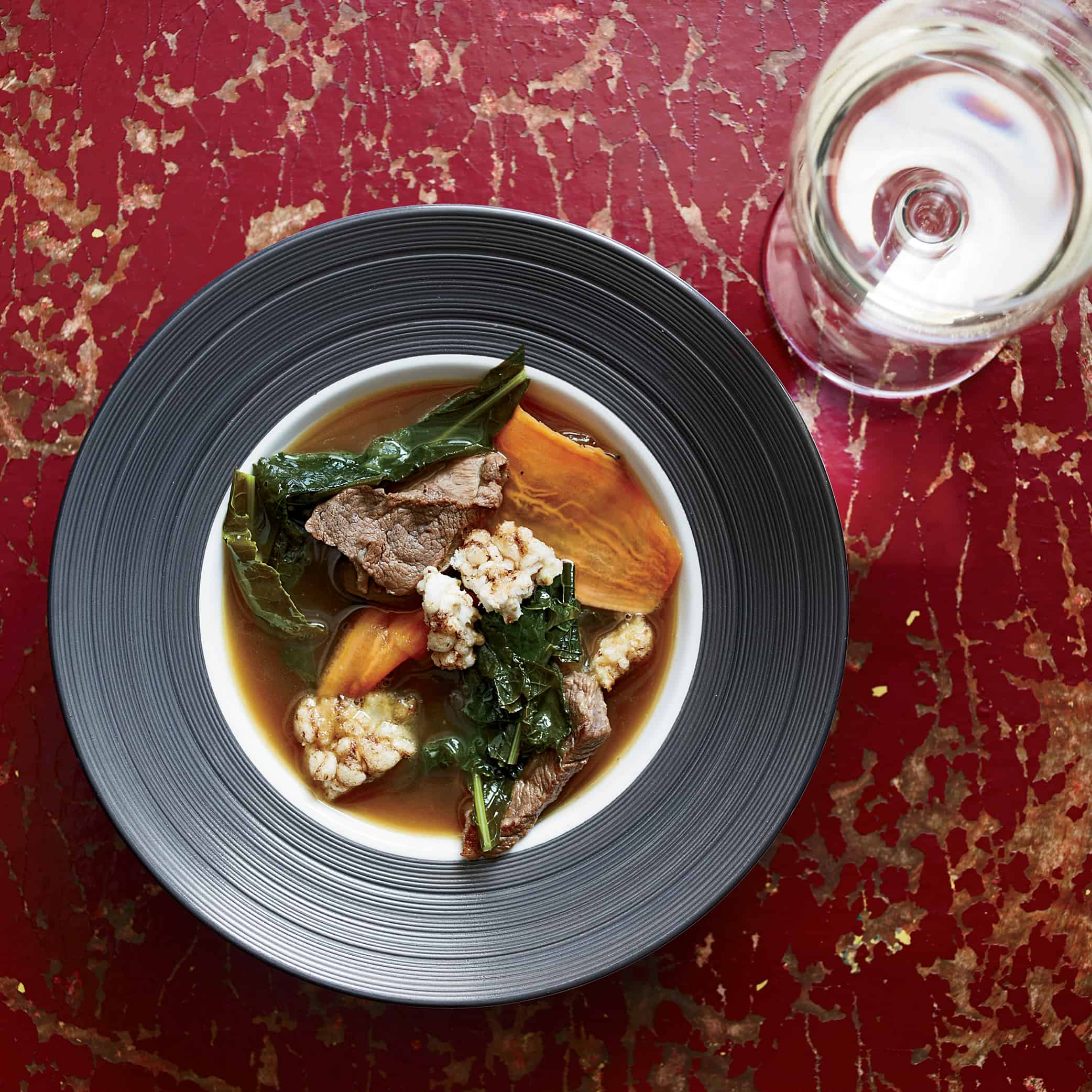 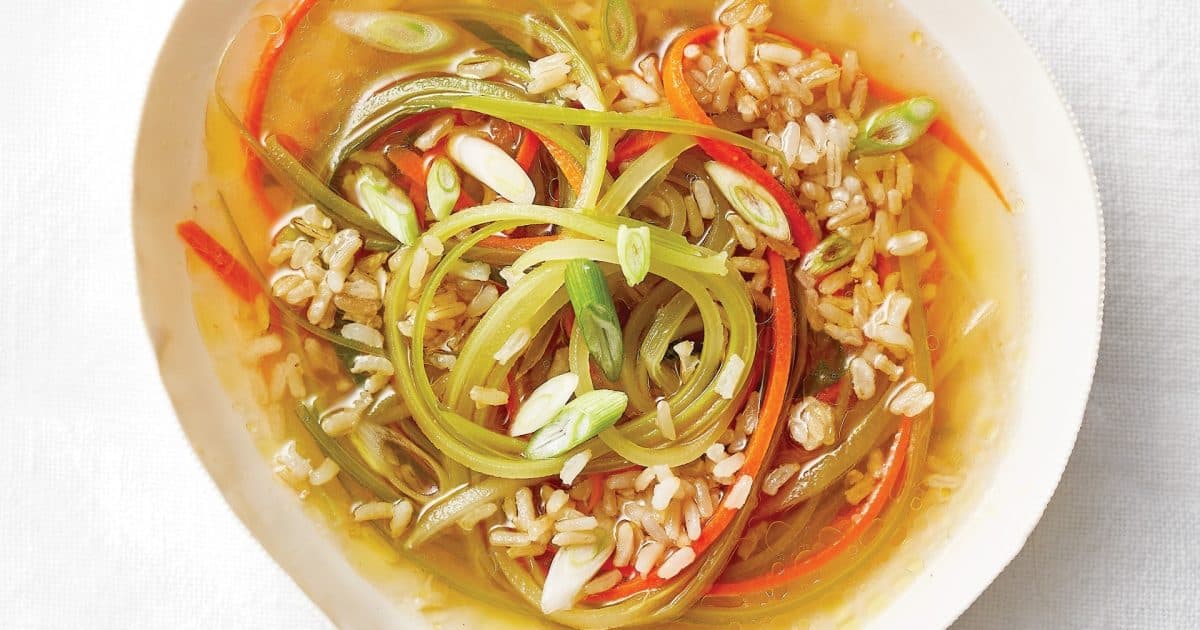 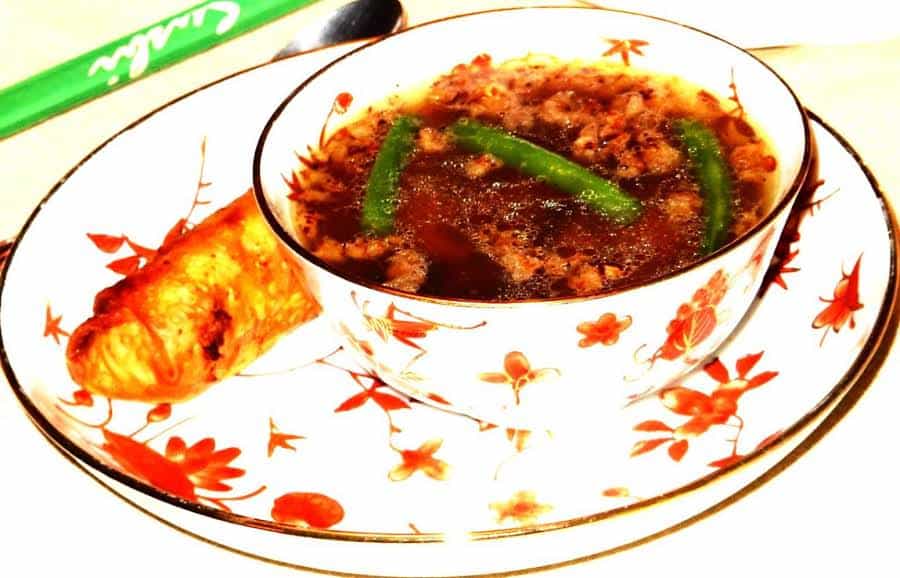 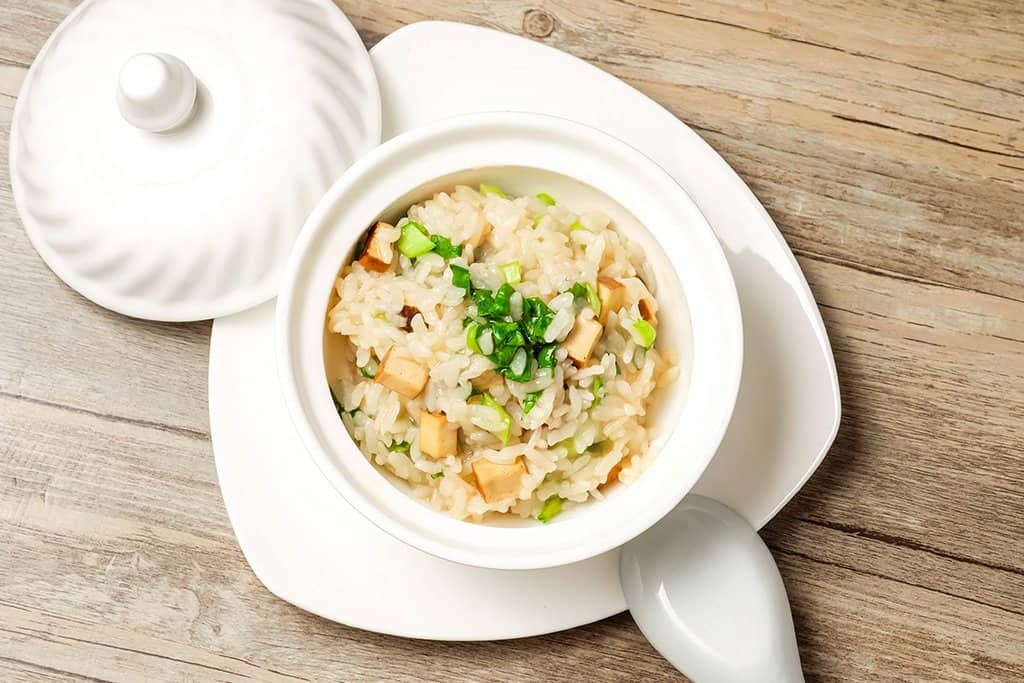 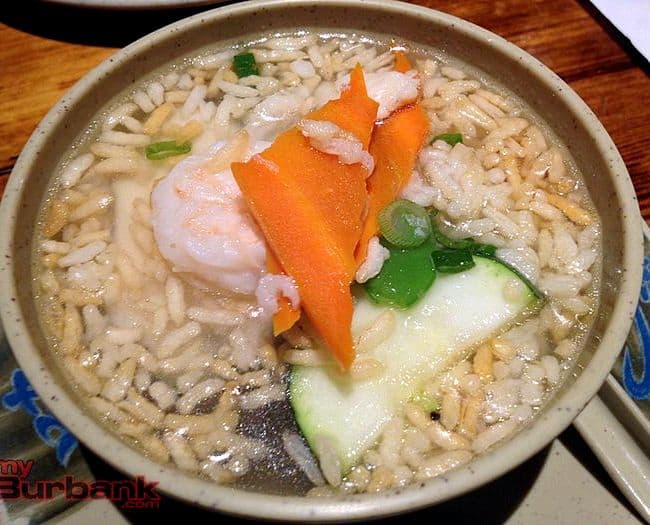 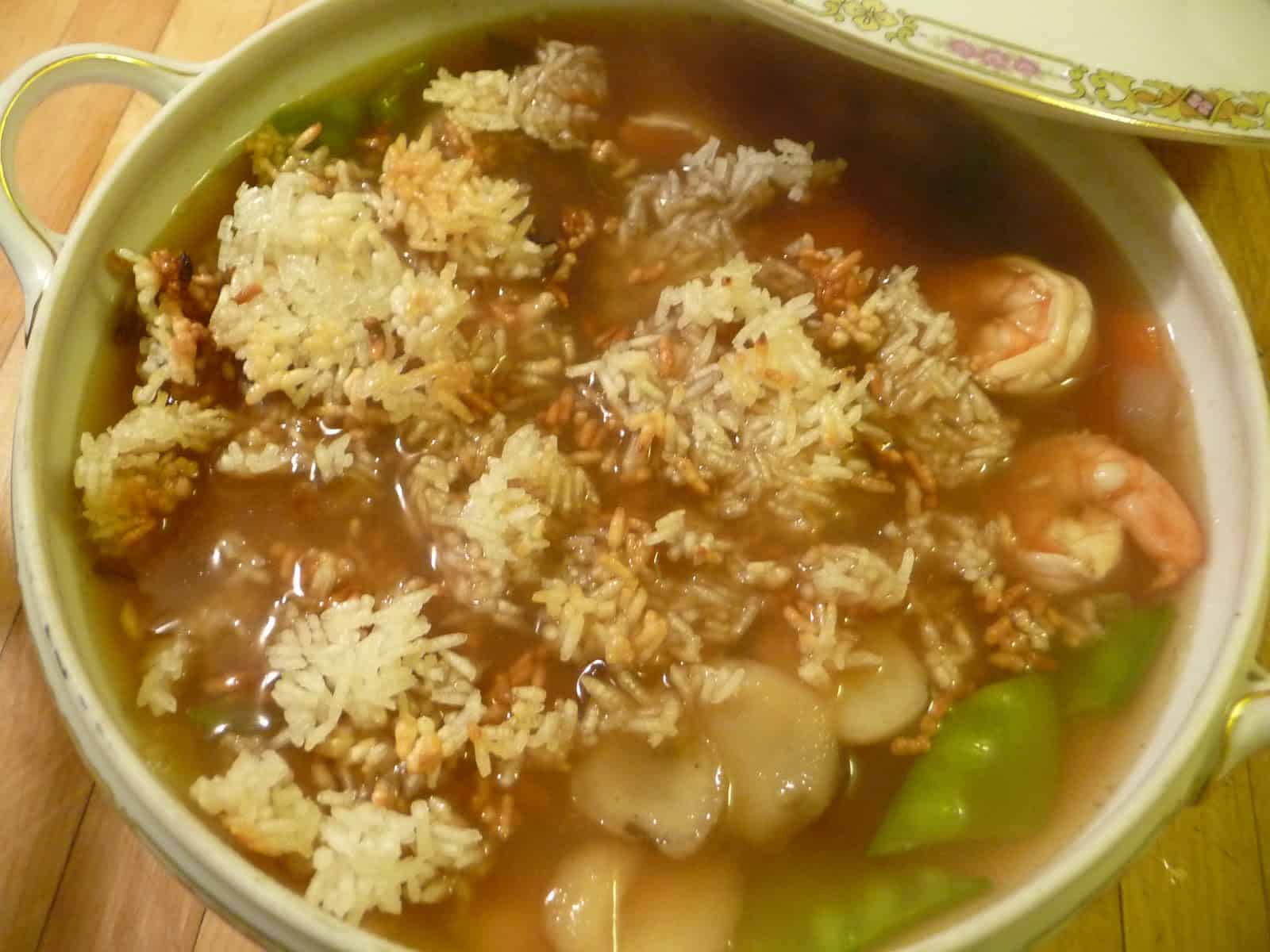 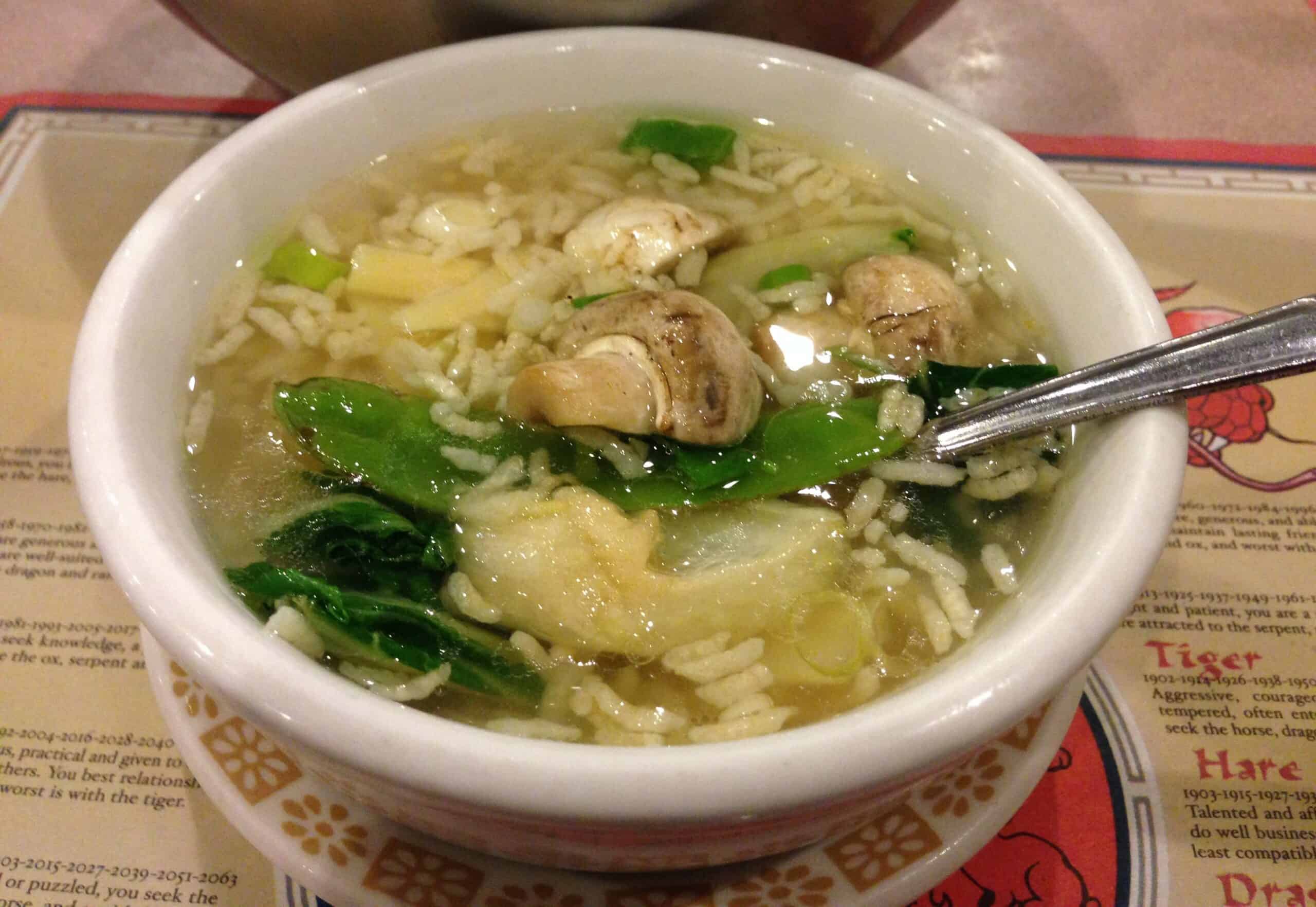 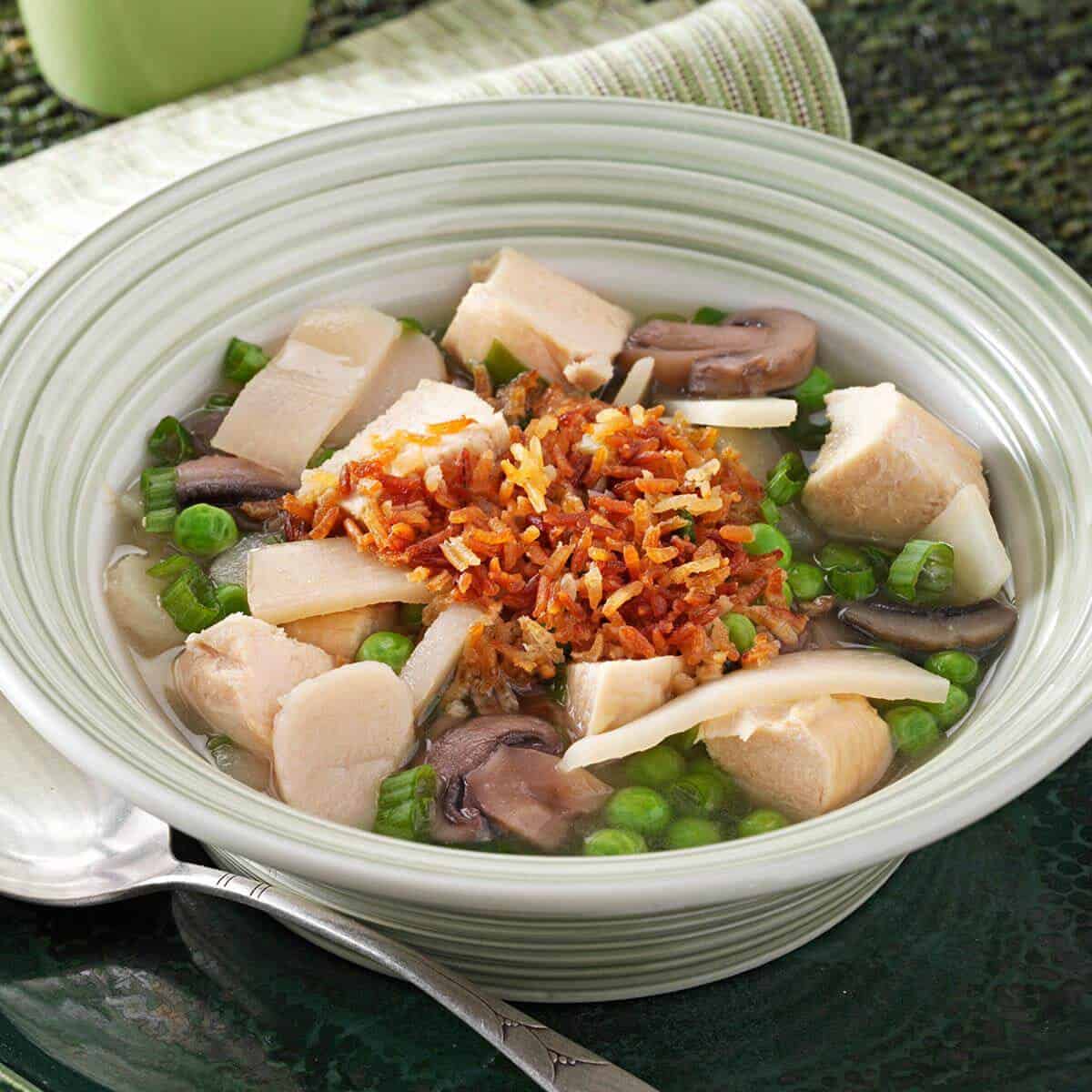 If you haven’t yet tried the delicious phenomenon that is sizzling rice soup- an exciting and mouthwatering recipe out of China- then we’re here to encourage you to fix that as soon as you possibly can! Sizzling rice soup involves a tasty, usually meat-based broth (but not exclusively) in which yummy veggies, cut meat or seafood, and a very specifically prepared rice are served. This rice is cooked and dried so that it becomes crispy, making it pop and crackle- or “sizzle”- when it hits the broth. Hence the name of the soup! The first few times we tried sizzling rice soup in restaurants, we thought there was only really one way to serve it or one combination of ingredients. When we started craving it at home and looking up how to make it ourselves, however, we were pleasantly surprised to find that there are actually all different kinds of sizzling rice soup that you can make.

Are you feeling just as intrigued as we have been, if not more, at the idea of making your own sizzling rice soup at home, and maybe getting creative with what’s in it? Check out these 15 delicious ideas, recipes, and tutorials that we’ve come across so far in our search for inspiration and guidance!

Are you not only open to the idea of having a meat based broth involved in your sizzling rice soup, but you’re also prefer that there be actual meat in it, since you’re working on your protein intake? Then perhaps you’ll get along quite well indeed with this simple, subtle, but flavourful recipe from Taste of Home! They show you how to make a soup that (besides the sizzling rice, of course) includes chicken, mushrooms, bamboo shoots, water chestnuts, and peas.

Are you feeling almost convinced by how delicious the recipe above sounds but you’ve also always been a seafood lover and you can’t help wondering whether you might incorporate some into your soup? Then we have a feeling this delicious recipe from Glorious Soup Recipes is going to be right up your alley. Take a better look at their page to see how this sizzling rice soup with shrimp, chicken, mushrooms, and green beans was made.

Just in case we’ve really got you thinking about combination recipes that give you all the best meat and seafood flavours in one soup, here’s another one from Princeton Eats Portland that has even more to offer thanks to a broth adjustment! This recipe walks you step by step through the process of making a sizzling rice soup using pork stock with chicken, shrimp, and snow peas.

Are you feeling pretty intrigued indeed by the idea of combining more than one meat and seafood in one place but you’re also the kind of person who prefers to see more than one option before making decisions on recipes? Then here’s another awesome outline and suggestion for your consideration. Best Cook Ideas teaches you step by step how to make a 3-flavour sizzling rice soup using chicken, shrimp, and classic Chinese BBQ pork.

Are you actually making sizzling rice soup for the very first time and you’re also a bit of a beginner when it comes to working in the kitchen, so you need the easiest recipe possible, at least to start? Then you just might be the perfect person to give this tutorial from Cook With Campbell’s a try! They show you nice and simply how to make a beginner’s sizzling rice soup made with Campbell’s soup.

Just in case you’re still on the lookout for delicious combination recipes but you’re not feeling sold yet because you’re wondering whether all three of those main flavour components have to be meat based, here’s a great alternative that answers your question (and the answer is that they don’t)! Instead, check out how Just A Pinch made a fantastic 3-flavour sizzling rice soup made with mushroom stock.

Have you actually been scrolling through our list hoping to come across a slightly healthier option than some of the ones you’ve seen so far, maybe getting a little heavier on the veggie component? In that case, we’d definitely suggest taking a good look at how Life:Beautiful outlines the steps for making this sizzling rice soup made with brown rice and julienne cut vegetables. Even the brown rice is a little more on the health-conscious side of things than regular white.

If you’re going to invest the time and effort it takes to make your very own homemade sizzling rice soup, would you actually rather make something a little more unique and unconventional without losing the classic flavour and concept you love? Then we’d be willing to bet that you’ll get along very well indeed with something like this recipe from Food & Wine for making pork and kale soup with sizzling rice puffs!

Have you actually been scrolling through our list hoping to come across a recipe that’s completely meat free in order to share your favourite dish with the people in your lives who don’t eat meat? Then we’re pleased for report that Think Rice has just the kind of recipe you’re looking for! Take a better look at their tutorial to see how they made this meatless sizzling rice soup with cilantro and scallions.

Since making your very own soups at home gives you all the control over the ingredients that are added, would you prefer to make a version that’s very hearty and filling indeed, perhaps combining the basic concept with another soup dish you like as well? Then we think you’ll be pretty thrilled to learn about this delicious recipe from Kitchen Curiosities for sizzling rice soup with wonton dumplings!

Are you still keeping an eye out for different seafood recipes in this department but you’re also hoping to come across a version that’s slightly simpler, rather than the big combination recipes that are packed with all kinds of different things? Then we’re convinced that this delicious dish featured nice and clearly on All Recipes might be a little more along the lines of what you’re looking for. See what we mean by checking out the recipe for Chinese shrimp and tofu soup served with sizzling rice.

Are you still finding yourself feeling quite enamoured indeed by the idea we showed you earlier of making sizzling rice puffs rather than just loose sizzling rice, since it’s easier to hold onto and add to different portions if you’re saving leftovers? Well, if you’d like to take that idea even further then we’d also encourage you to take a look at this recipe from Ally Jane for chicken soup with sizzling rice cakes!

13. How to make Chinese crispy or sizzling rice

Are you feeling quite prepared to make the soup itself, since this isn’t your first foray into delicious Chinese soups, but you’re new to the sizzling rice portion so you’d like to concentrate your recipe-following efforts mostly there? Then you might not necessarily need an entire tutorial that outlines the process of making both elements. Instead, check out this tutorial from The Spruce Eats that specifically shows you how to make crispy or sizzling rice in just the right way!

Are you the kind of cautious recipe follower who always prefers to look at more than once set of instructions before you get started on making something? Then maybe you’d feel better looking at this second sizzling rice recipe before you get down to business as well, just to make sure that you really have a sense of what’s required of you once you’re started. Get the full details for this second recipe on Bake Space.

Just in case you’re still feeling intrigued by the idea of doing something a little more unique with your sizzling rice, here’s another concept outlined step by step on Tasty! Rather than just showing you how to make loose crispy or sizzling rice, this tutorial shows you how to actually mould a shape with it so that you can create an edible crispy rice bowl to put a stir fry or other meal in. It won’t necessarily work for soup, as the moisture will wear the bowl away, but you catch our drift.

Do you know a fellow foodie who has long been wanting to try their hand at making sizzling rice soup but who could use some guidance in getting started? Share this post with them so they have all kinds of info and delicious serving suggestions to choose from!

Can You Freeze Cooked Shrimp? Here’s How To Do It Right

These 30-Minute Rice Recipes Will Save Your Weekly Menu Prep