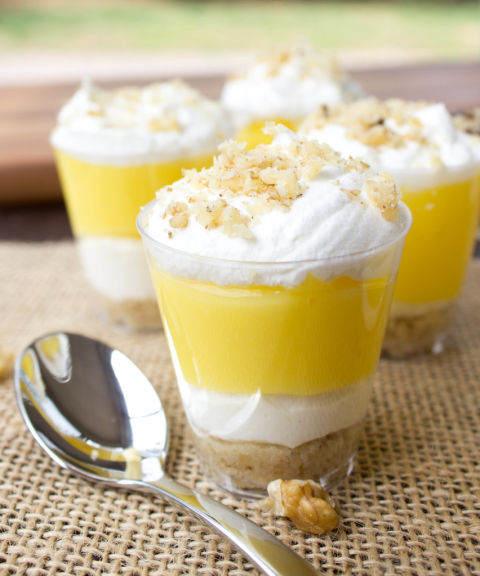 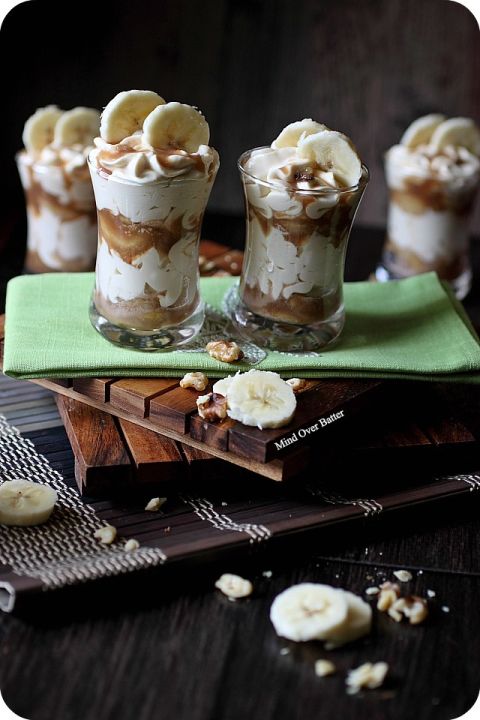 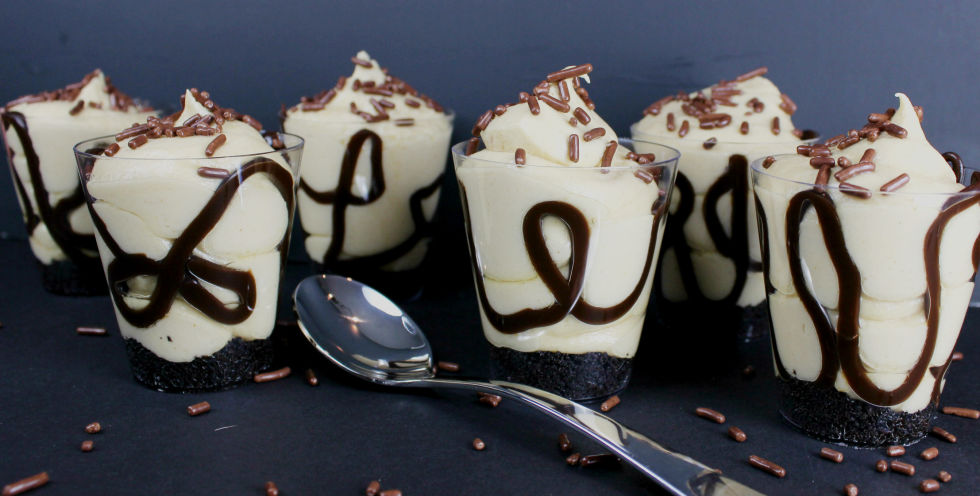 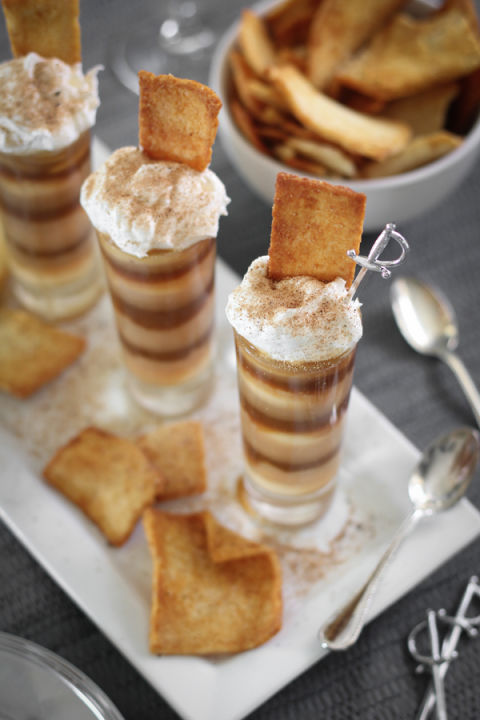 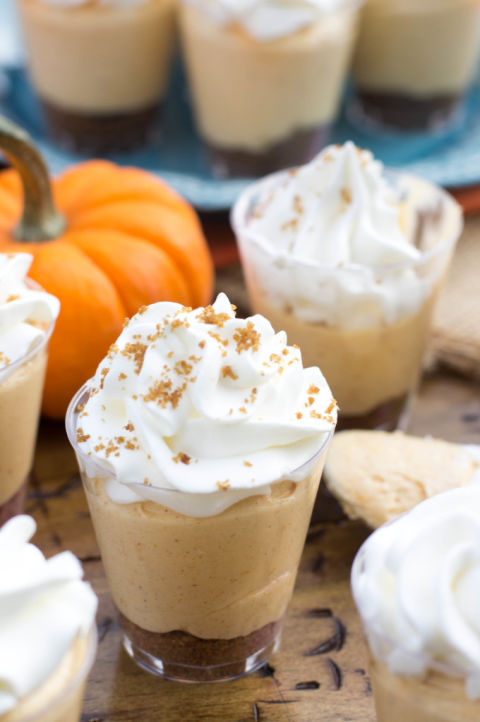 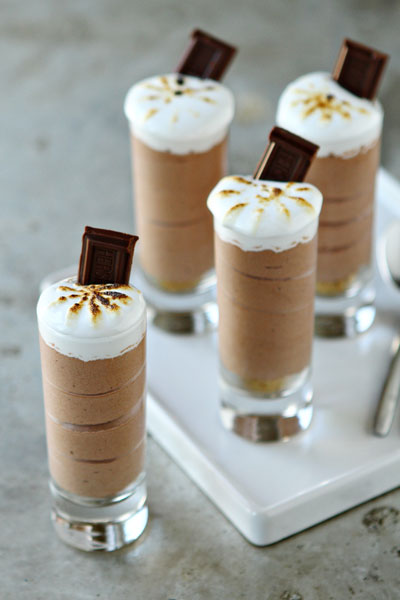 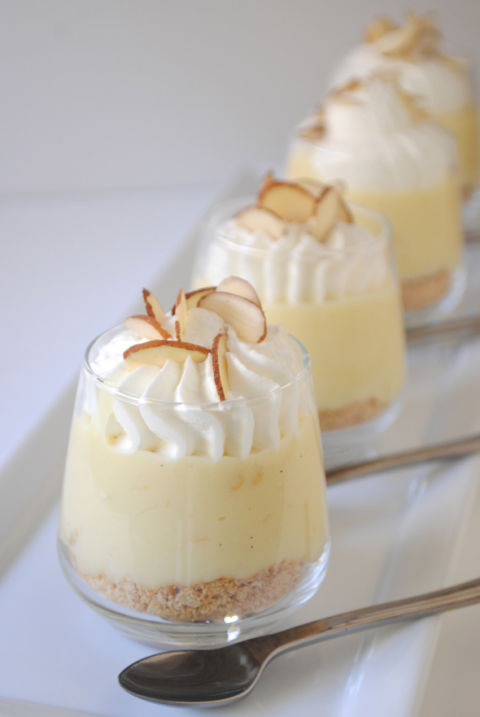 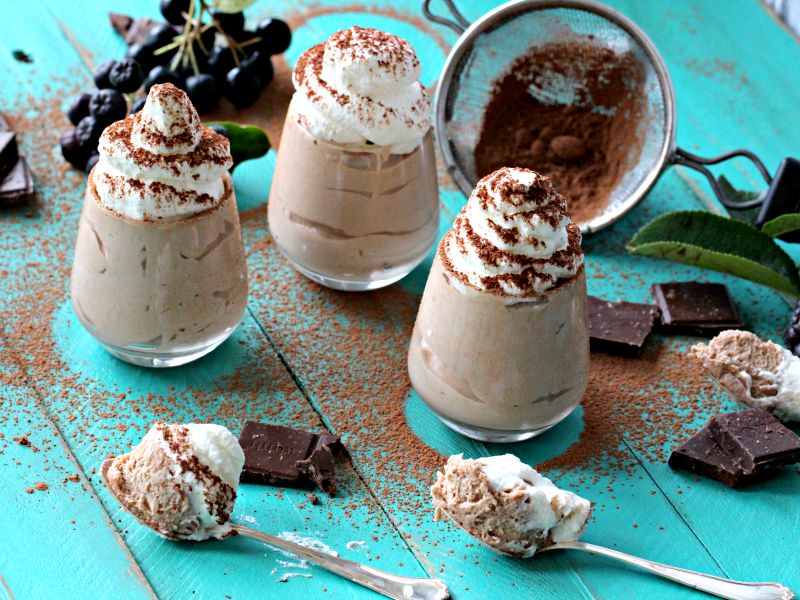 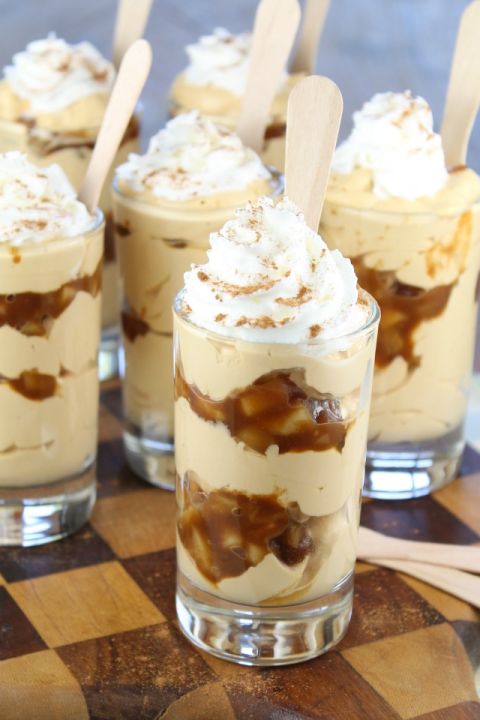 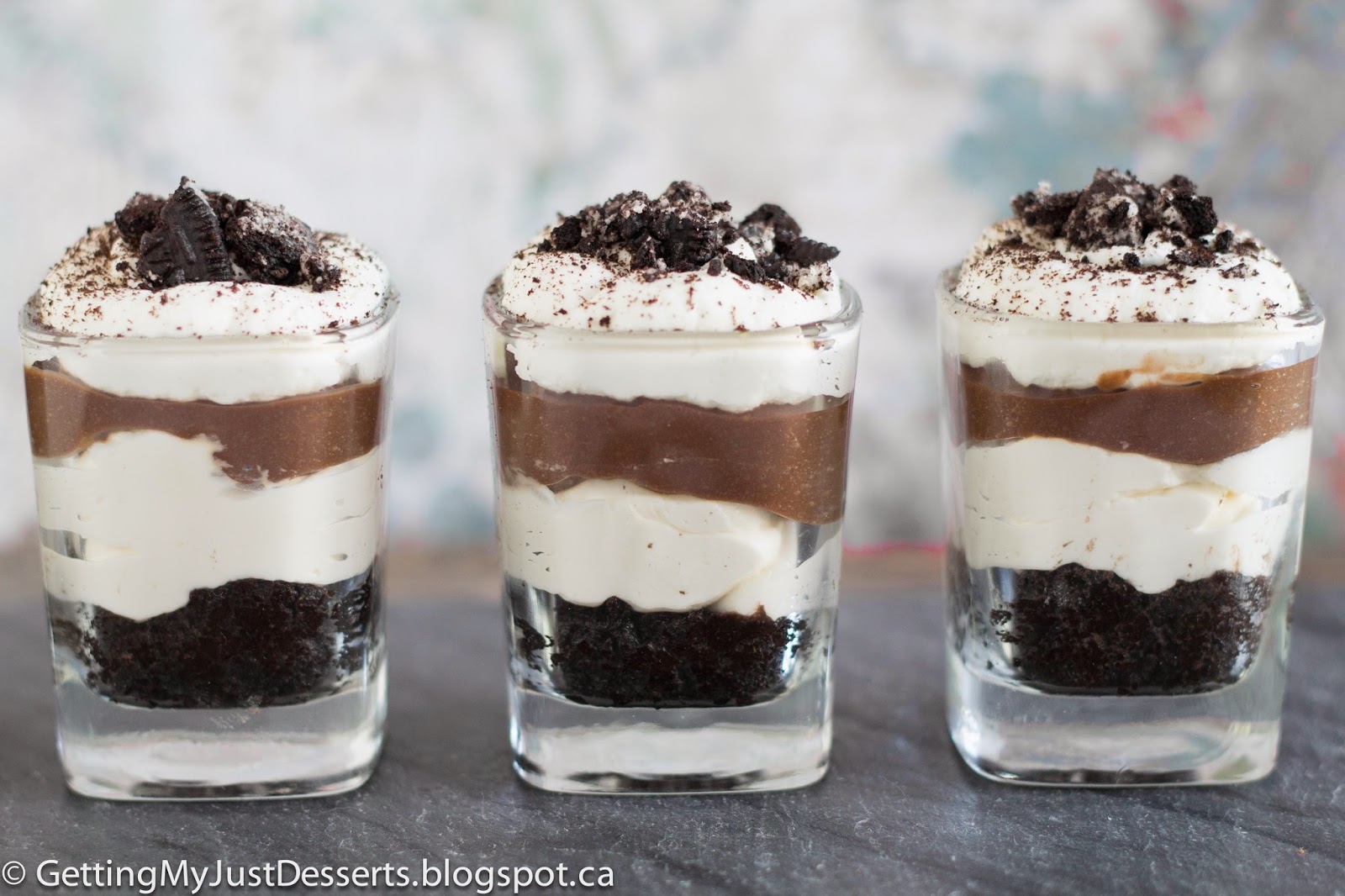 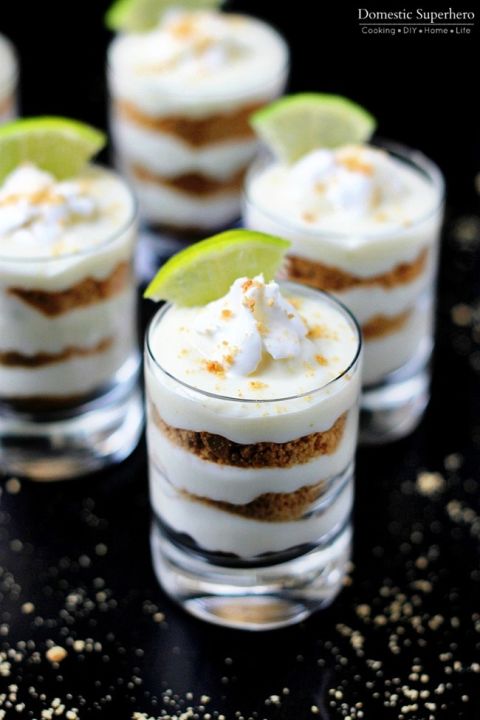 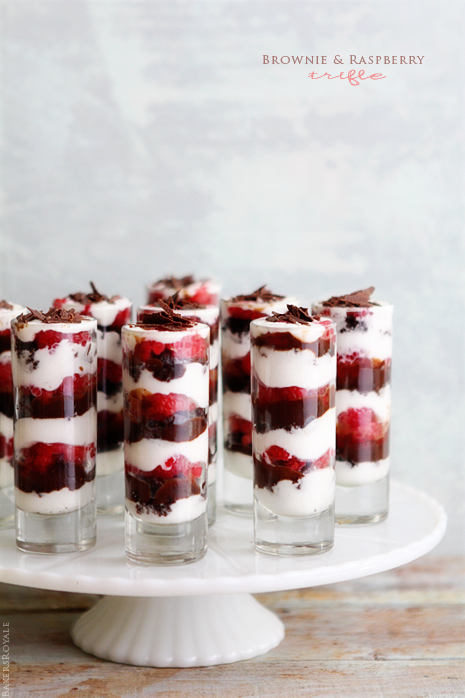 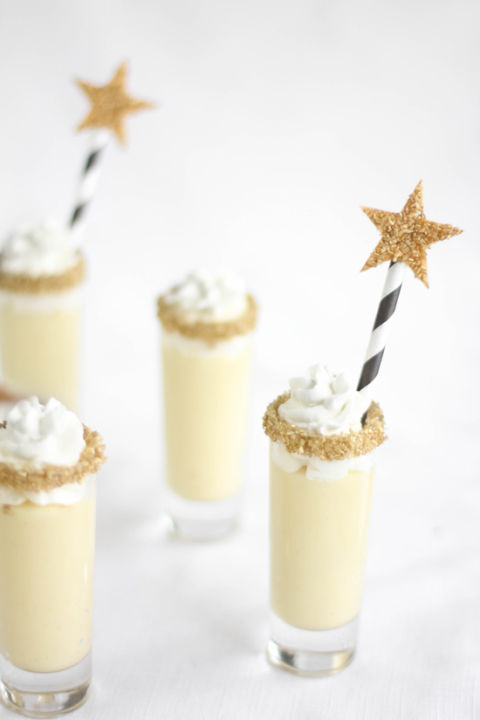 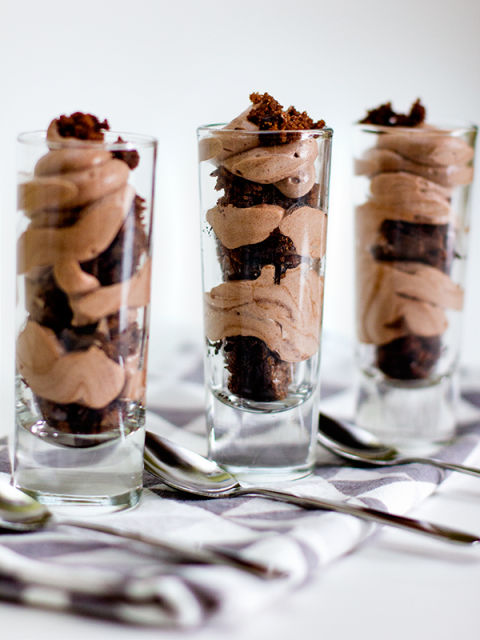 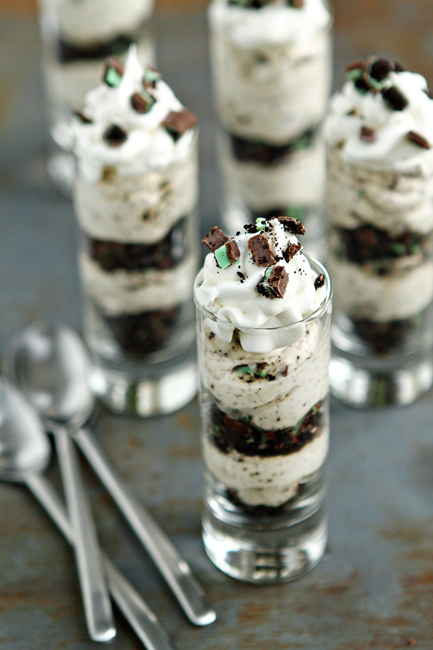 If you’re anything like us then you hate saying no to dessert, but sometimes that’s unavoidable! Whether you’re refusing good sweets because you’re watching your portions or because you’re simply not hungry enough for a whole serving but don’t have anyone to share with, it’s a bummer to finish dinner without a treat. If you’re a foodie DIY enthusiast, however, then you have the skills to solve the whole problem- with shot glass desserts!

Check out these delicious sweet recipes that you can serve in tiny portions, letting people have just a bite so no one misses out.

You might not have room in your belly after dinner for an entire piece of lemon pie, but what about a bit sized one? These little lemon desserts are quick and refreshing when you serve them in a shot glass. Get the recipe on Sugar Spun Run.

Mind Over Batter shows you how to make the perfect bananas foster, but in novelty sizes that make it easier for hosting and serving!

Peanut butter pie is rich and smooth, but it can be a lot in large quantities. Making shooter sizes instead lets you enjoy the creamy peanut butter taste without calling it quits a few bites in. Sugar Spun Run guides you through the steps of making them.

These delicious little desserts from Sprinkle Bakes are perfect for Christmas and holiday parties because of their great eggnog taste! Top each one with a piece of Cinnamon Toast Crunch cereal to bring out that cinnamon flavour.

If your Thanksgiving dinner has a giant guest list, making shooter sized pumpkin pies can actually be easier than baking bigger pies. Guests can grab one and mingle while they eat, making less large dishes for you to do! Get the recipe on Sugar Spun Run.

These little S’more desserts are a lot easier to make than real s’more over a camp fire, and they’re just as delicious! My Baking Addiction shows you how to make them so you can enjoy great S’more flavour any time of year.

Some people think cream pies are a little too rich for their taste. Save your guests from feeling guilty that they can’t finish their piece by serving them just enough banana cream pie, just like Mama’s Gotta Bake.

Pure chocolate mousse is probably one of the most satisfying desserts we can think of. Peas & Peonies‘ recipe shows you how to make the most flavourful recipe complete with a delicious whipped cream topping and adorable presentation.

Because shooter desserts are so little, sometimes it’s nice to make a rich recipe on purpose! People won’t be so overwhelmed by intense creamy flavour when their portion is bite sized. Try Miss in the Kitchen‘s absolutely decadent caramel apple pie cheesecake recipe out! 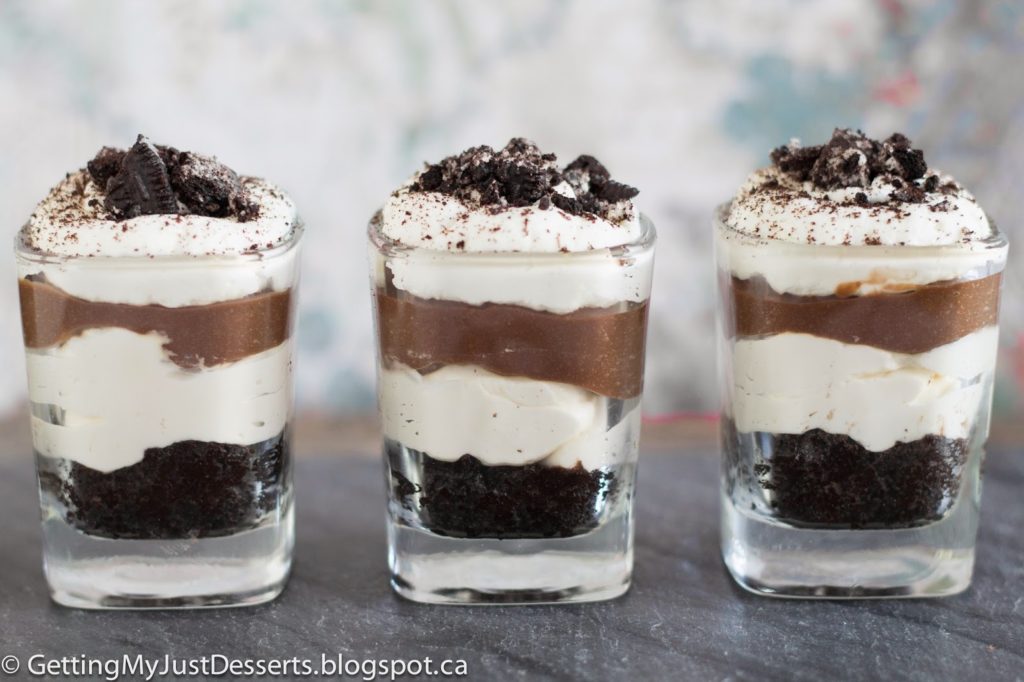 Getting My Just Desserts shows you how to make a deliciously creamy dessert with a little bit of Oreo crunch at the bottom! Each layer is another flavour, making an awesome snack all around.

Have you ever had a key lime pie that has too much cream and not enough crunchy layer? You won’t have to worry about these if you make it like a little layered tower in a shot glass! Domestic Super Hero shows you how it’s done.

A bright red layer of raspberries in a shot glass dessert benefits you twice over. Not only is it absolutely delicious with chocolate and cream, but it also adds a flash of colour to each little treat for good presentation purposes

Sprinkle Bakes‘ champagne Chantilly recipe is perfect for birthdays, New Year’s parties, anniversaries, and just about any other celebration. Garnishing them with decorative stars really hits the point home visually, while the flavour speaks for itself.

Did you like the look of the chocolate mousse recipe earlier in this list, but wish it had a little something extra? Try this version from Sarah Hearts with chocolate brownie chunks in it instead!

No-bake desserts are the best kind when it comes to individual sized portions. Make your different layers, place them in the shooters in the right order, and voila! My Baking Addiction shows you how to master the no-bake technique.

Do you know other shooter dessert recipes that you think we simply must try? Tell us about them in the comments section!