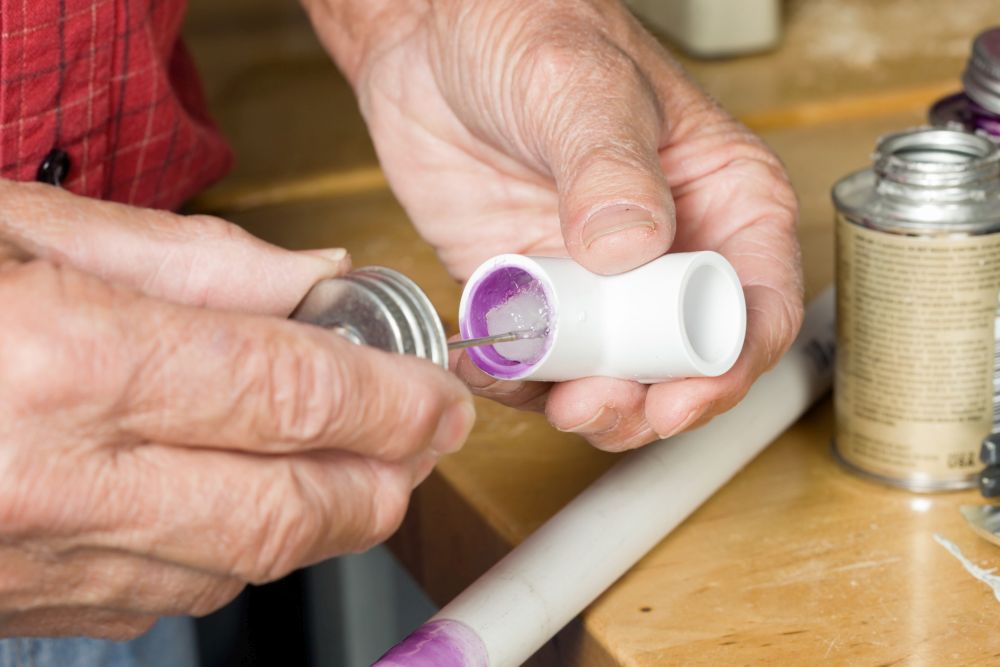 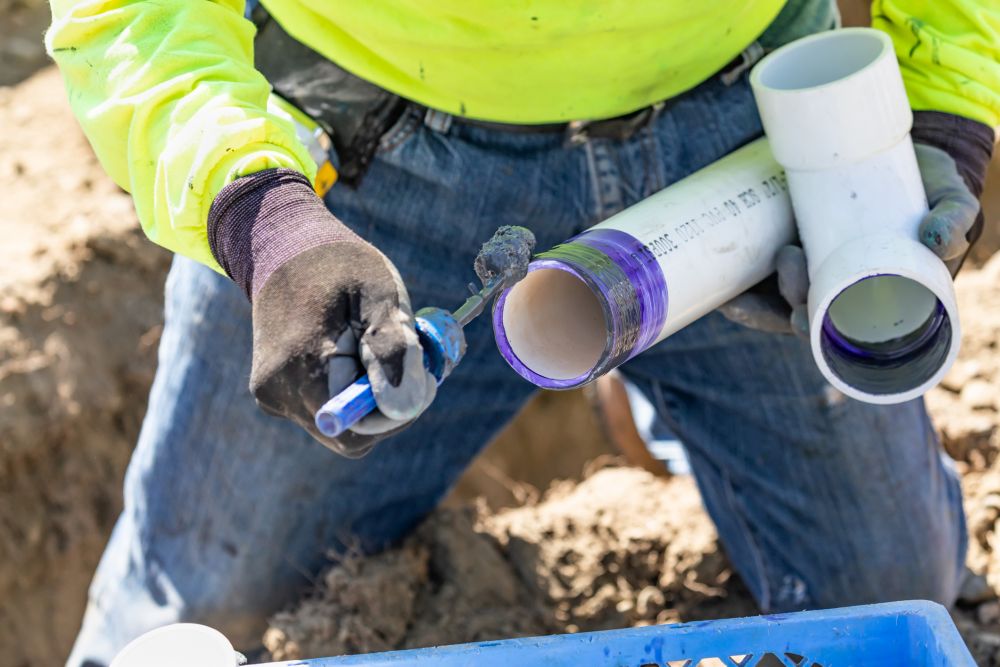 When two PVC pipes are glued together, they become so tight that you cannot separate them again. For the most part, that’s a good thing. The last thing you’d want is for the glued pipes to spring a leak or come apart. But there are times when you need to break the pipes apart. Maybe you are renovating your bathroom or kitchen. Or maybe the glued pipes actually started to leak.

In these cases, you’d want to take the pipes apart, remove the PVC glue, then glue the male pipe to a new pipe. Easier said than done, right? Not exactly. It might seem impossible at the beginning to separate two PVC pipes joined together. But with the right approach and some patience, you can achieve this difficult task. But first, we need to understand how PVC glue works.

Unlike wood glue, glue guns, or other types of glue you use at home, PVC glue binds the two pipes together in a way that makes it difficult for water pressure to breakthrough. And if you’re wondering what makes PVC glue such a powerful adhesive, that’s because it’s not actually glued at all.

When you apply glue to two surfaces, the glue becomes the binding substance that hardens and keeps the two objects together. So if you want to break them apart, you just work on that hardened medium using any means necessary, from hammering to chiseling.

But PVC doesn’t work that way. It doesn’t sit on a surface and harden. It actually melts the surface it comes in contact with. The softened layer becomes the real adhesive. So when you apply another pipe, the two pipes become bonded together with no third-party substance between them. In other words, the two joined parts turn into one pipe.

And that’s what makes it extremely difficult to separate two pipes glued together using PVC solvents. It would feel like you’re trying to break one pipe into two, not separate two pieces. So with that in mind, let’s see how you can take them apart.

How to Remove PVC Glue

If one end of the pipe is coming out of the wall or attached to the plumbing in the kitchen or bathroom, then you’ll need to keep that pipe intact. However, the other pipe (the female pipe in this case) is usually disposable. The following strategies we’ll adopt always work on the assumption that either one or both pipes have to remain intact. Also, keep in mind that some methods only work on newly glued-together pipes where the PVC glue hasn’t set in fully yet. So you can choose the best method that works for you.

This technique uses the same theory behind PVC glue which makes it such a powerful adhesive. Since PVC solvents work by melting the top layer of the pipe, then we’ll use heat to soften that bond and take them apart. Call it reverse-engineering the PVC glue, if you will.

You’ll need to use force along with the heat gun to make this one work. So point the heat gun at the part where the two pipes are joined together. Your goal is to soften the pipes, not melt them down or damage the pipe and render it unusable. So keep the heat gun at a reasonable distance while you pull at the pipes with both hands. If the two pipes don’t budge or loosen even a little, try twisting them to the left and right simultaneously.

If that still doesn’t work, use boiling water instead. This is a safer method than the heat gun since it won’t damage the pipes. Pour the boiling water on the pipes and when they get hot enough, try to pull them apart.

This is the most obvious method. If you have no need for one of the pipes attached to the other, then you can simply hack it off with a hacksaw. You can use this method on old and new glued pipes alike. It’s fast and effective. Use the hacksaw or PVC cutter to cut just behind the joined part. The pipe with the glued part becomes unusable, and you can work on the other pipe without any issues.

The only problem with this technique is that you’ll be left with a shorter pipe to work with. If that pipe is attached to a fitting, then cutting the pipes might not be a practical solution. However, if you have enough pipe length and you have a good angle to cut it, then this should be your go-to strategy to separate the glued pipes. It’s also less messy than the other methods we discuss here.

This method only works on newly joined pipes when the PVC glue hasn’t fully melted, and the pipes haven’t gelled yet. If you discovered that you’ve made a mistake or that there’s a leak in the joined pipes, then you should act quickly.

Hold both pipes with both hands and pull them out. At first, they might seem like they will not move. But keep pulling at them with gentle twists in opposite directions. You can also keep the water running inside the pipes while you work on breaking them loose. The water pressure combined with the expanding leak will weaken the bond between the two pipes and increase the likelihood that they will break free. The key to success is to act fast. Otherwise, the pipes will set, which will make your job much harder.

If you cannot cut the pipes for any of the reasons we mentioned above and heat has no effect on the bonded parts, then tapping might do the trick. It’s a long shot, but worth giving it a try. This is especially the case when you don’t have good access to the joined pipes because of the narrow-angle or limited space around the pipes.

Use a small hammer to tap on the part where the two pipes join. Remember that you’re not trying to break the pipes themselves. So don’t hammer them too hard. Just gentle but consistent taps from all directions. After tapping for a few minutes, hold the pipes with both hands and apply pressure. Give them gentle twists as you pull out. Go back to tapping until the pipes finally come apart.

An effective way to break two PVC pipes apart is to chisel at them. Be careful, though, since this is a destructive method that could leave one or two of the pipes totally unusable. If you want to keep at least one pipe intact, then it has to be the male pipe. That’s because the pipe that gets damaged is the female pipe.

Place the chisel on the rim of the female pipe and hit it with the hammer. Your goal is to chip away at the female pipe to uncover the male pipe and make it easy to pull it out. When you’re done with one side of the pipe, move to another side. Eventually, you will be able to break them free.

Whether you have used heat, chiseling, twisting, or tapping, you will be left with one pipe with PVC glue covering it. That’s the male pipe with the purple solvent forming pumps and streaks all over it. Before you can connect it to another pipe, you’ll need to remove that leftover PVC glue.

The best way to achieve that is using gritty sandpaper. It’s a simple task that doesn’t take more than a few minutes. Start by holding the pipe firmly and place the sandpaper on it at an angle. Rub the adhesive bumps off vigorously to get them off the pipe.

When you’re done, switch to a finer sandpaper to get the tiny nodes that the gritty sandpaper missed. The pipe should be fully smooth before you can glue it to another pipe.