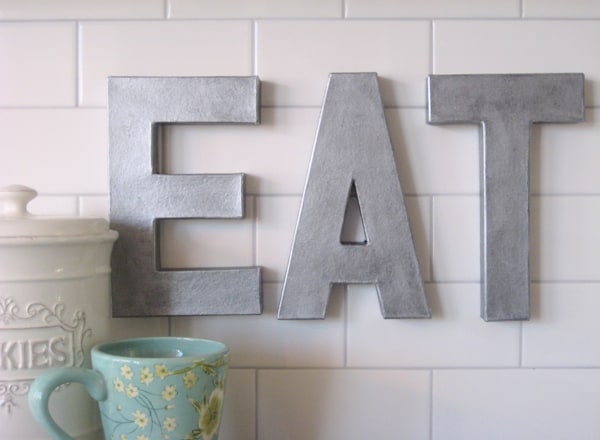 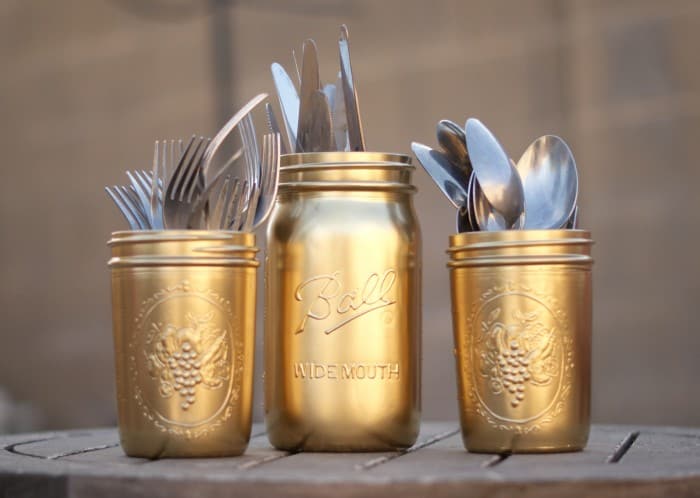 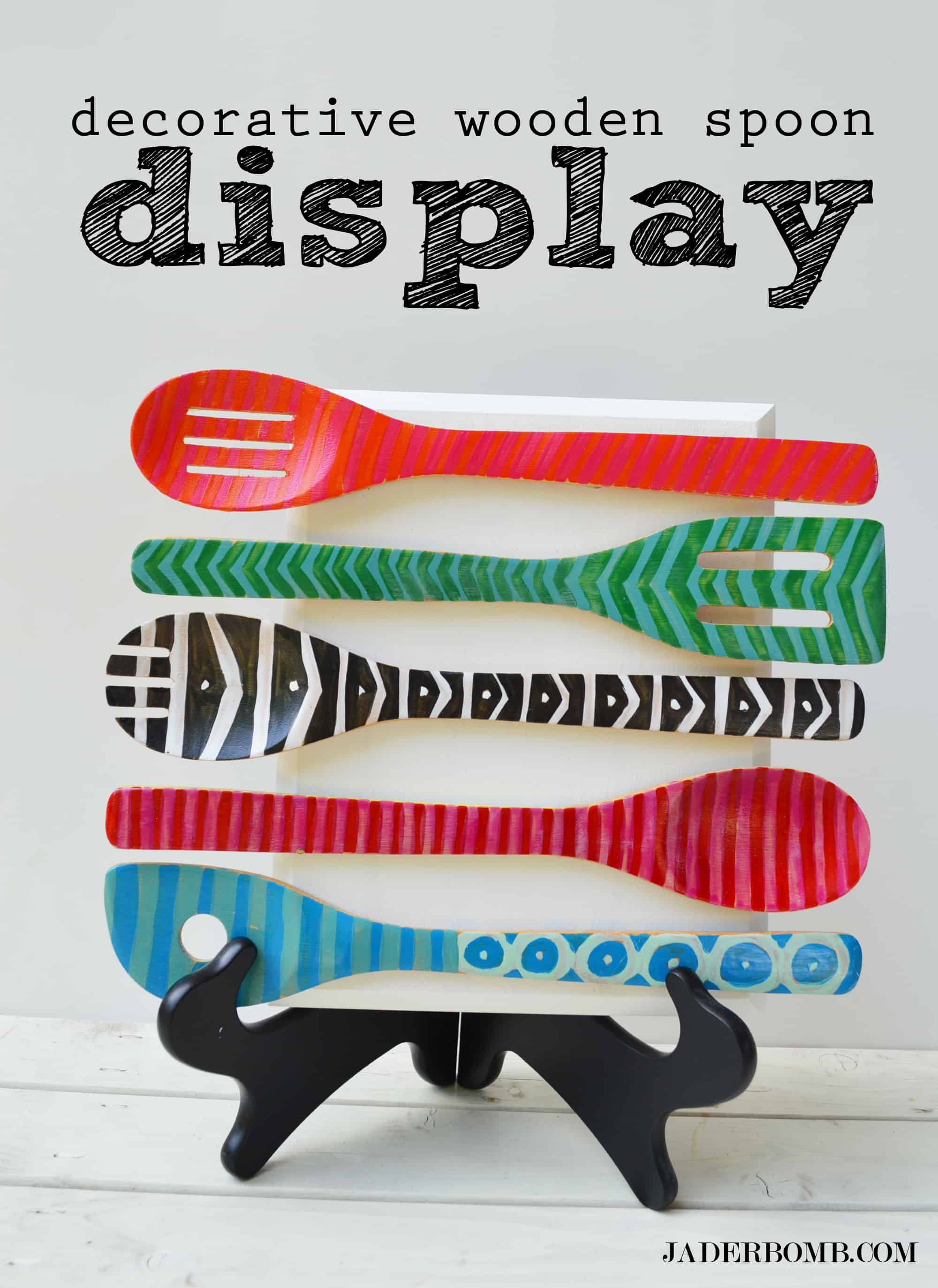 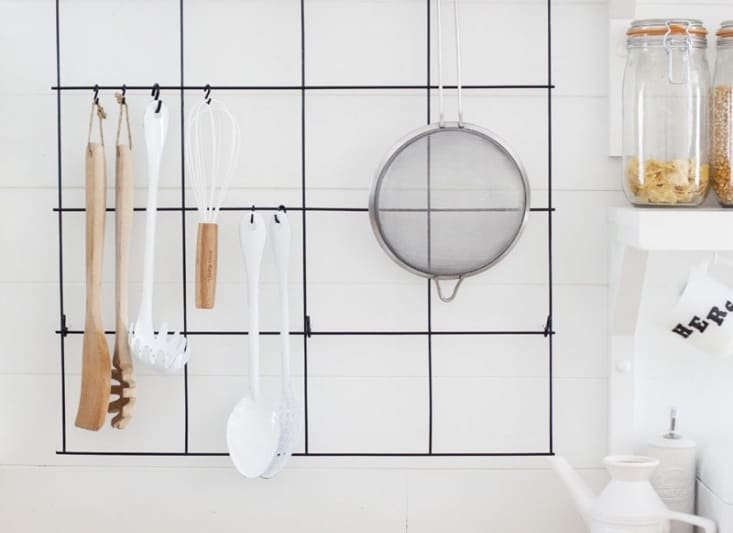 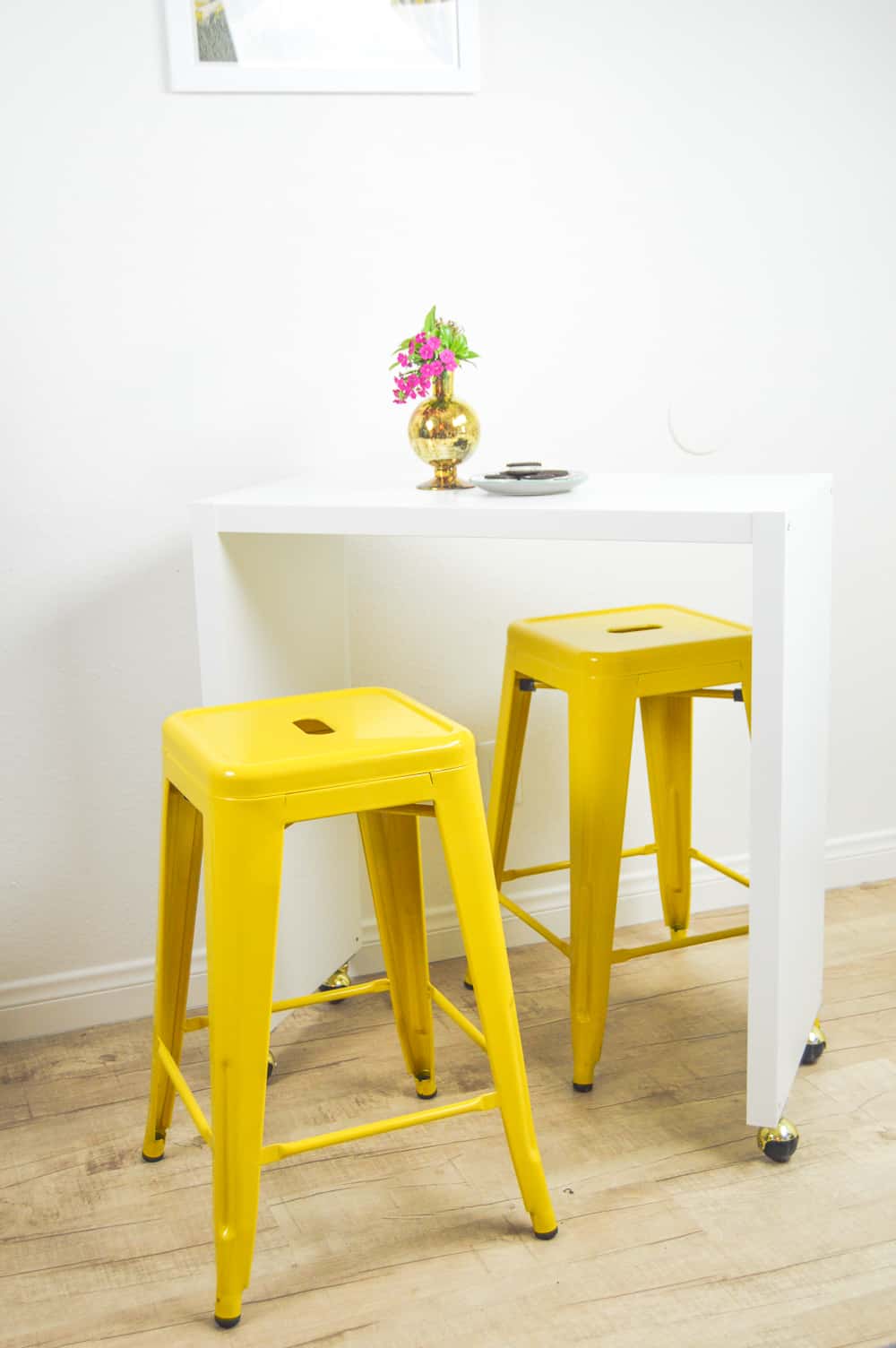 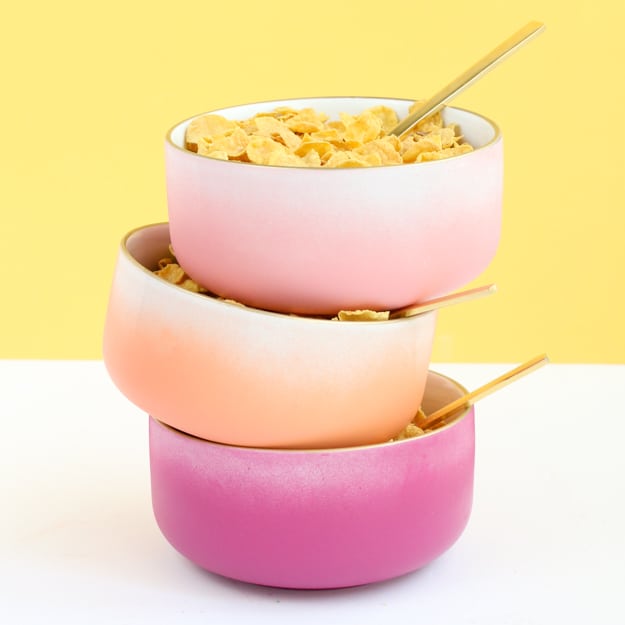 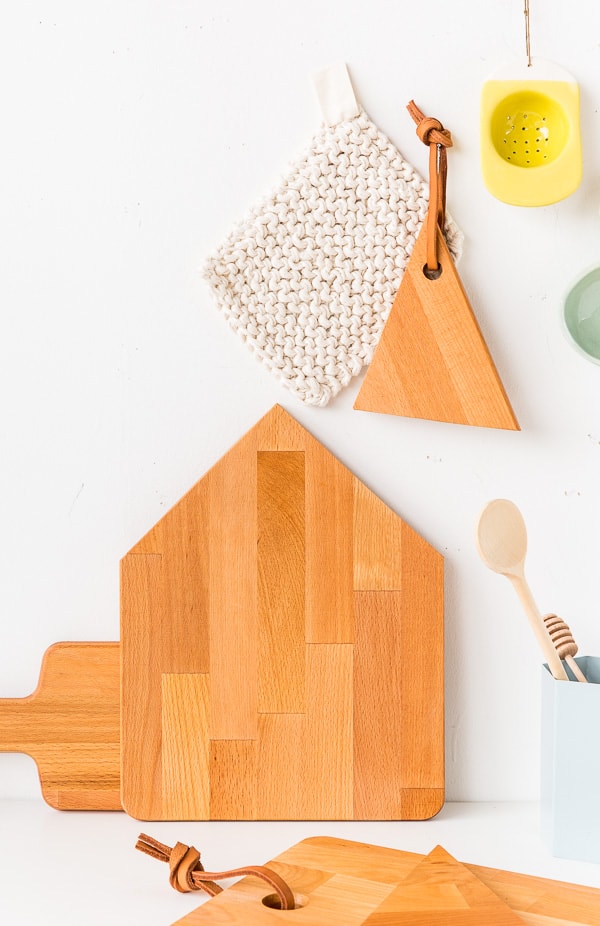 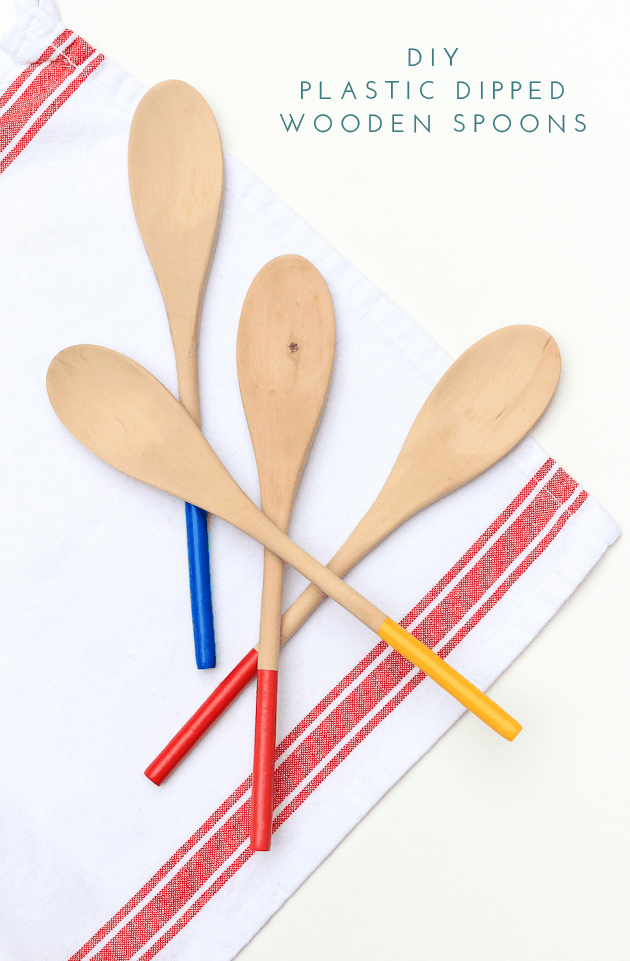 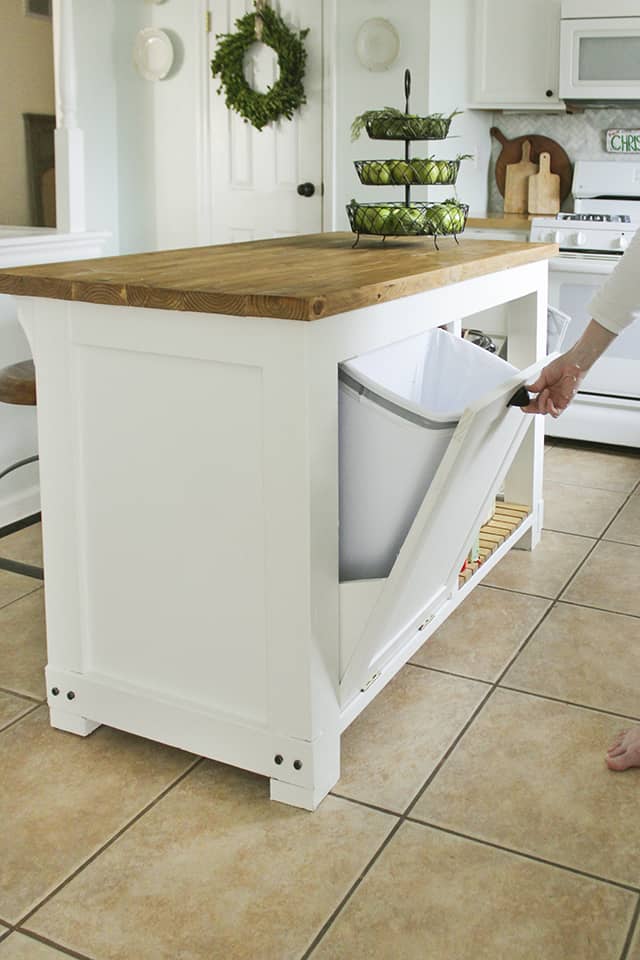 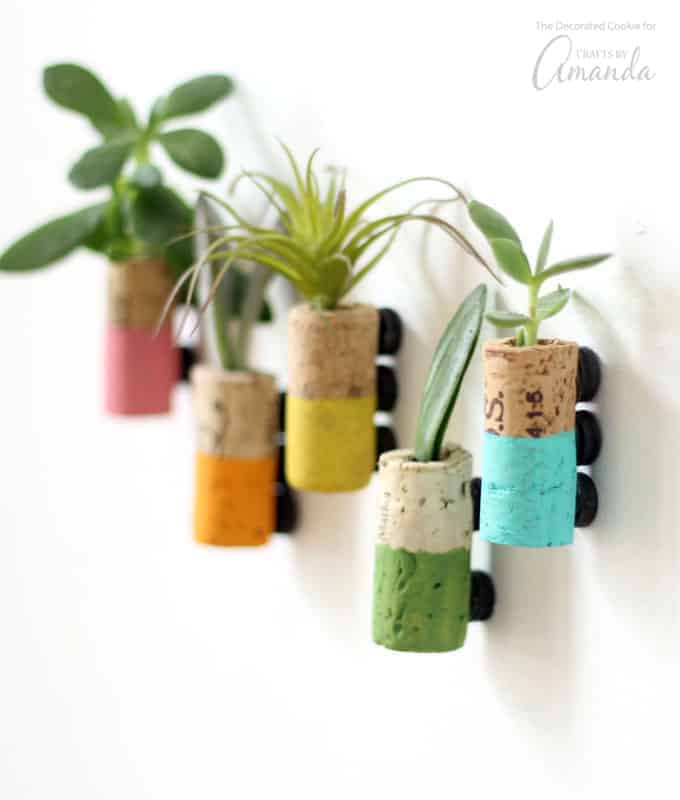 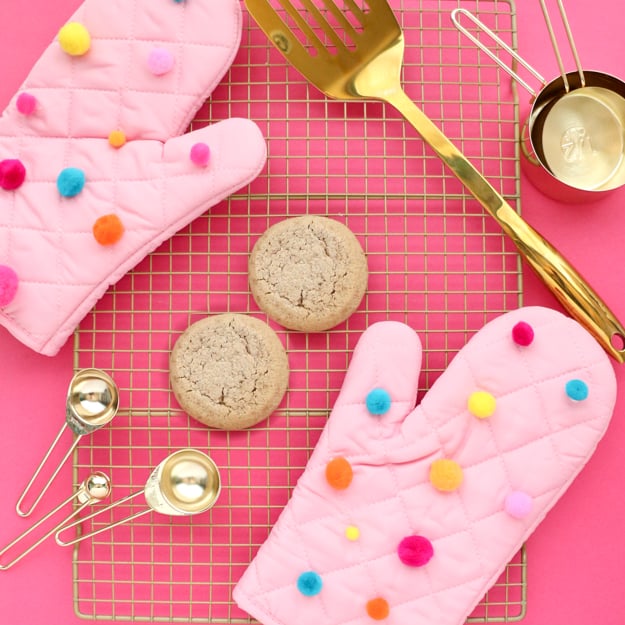 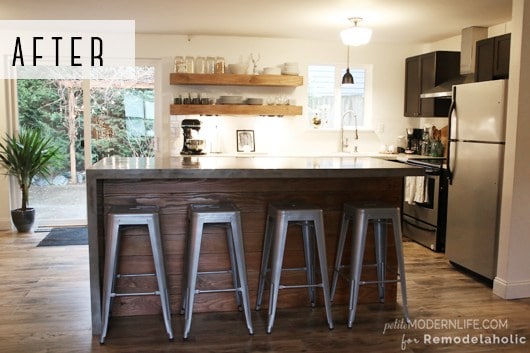 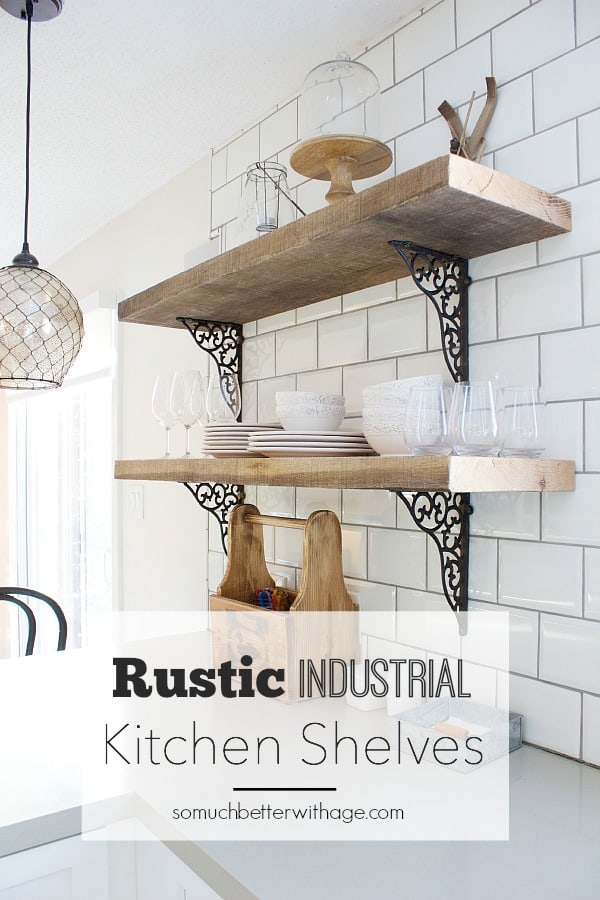 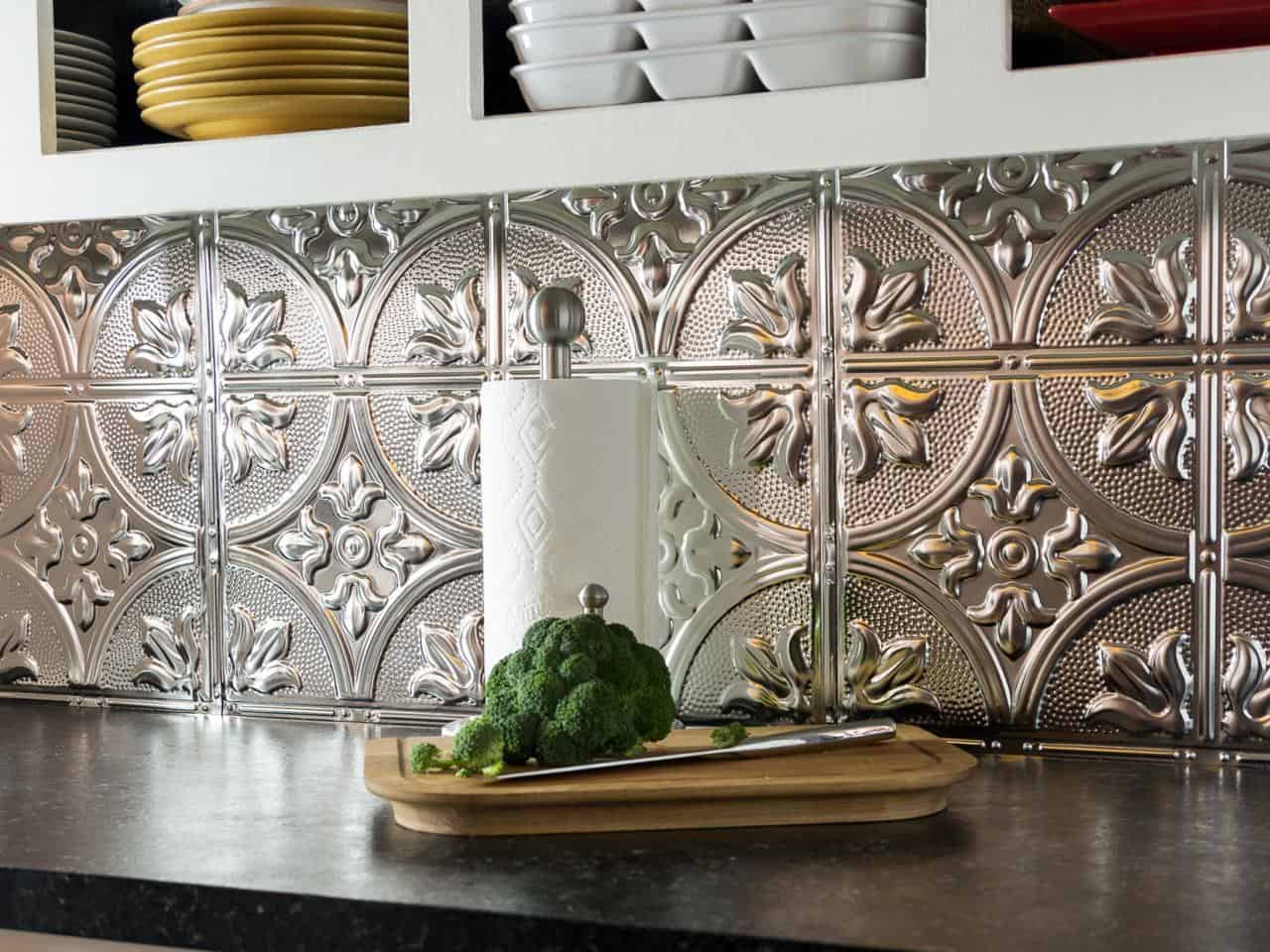 We recently became first-time homeowners and we couldn’t possibly be more pleased if we tried! Ever since we took possession and moved in, we’ve been obsessed with finding small DIY ways that we can improve our space and add a bit of homemade decor to really make the space our own. Lately, we’ve been feeling very focused on the kitchen because it was one of the first rooms we unpacked but has been the last to get any kind of decorative or DIY attention. That’s why we’re always on the lookout for DIY projects that would suit a homey but contemporary kitchen!

Just in case you’re just as interested as we were in the concept of making DIY projects for a contemporary kitchen, if not more, here are 15 of the very best ideas, designs, and tutorials that we’ve come across so far in our search for guidance and inspiration.

If you ask us, nothing quite adds an element of pizzazz to a kitchen space like a subtle but awesome touch of metallic detailing, especially if it’s in the form or something you made or added yourself. That’s why we were so intrigued by the concept of making our own DIY backsplash tiling made of shining tin! See how it’s done in more detail on DIY Network.

If you’re going to make yourself some kind of modern but homey feeling kitchen detail that will contribute to its character, would you rather also make it something that has a practical element to it as well? In that case, we’d absolutely suggest taking a look at the way So Much Better With Age added their own rustic industrial floating shelves that look fantastic but also provide additional storage.

Adding an entire kitchen island might sound like more of a purchasing activity than a DIY project, but that’s only true if you leave it the way it came rather than customizing your piece to suit your space a little more! Personally, we’re quite obsessed with the way Remodelaholic added a concrete top to their kitchen island in order to give it a natural materiality.

Is your version or making something look new and contemporary really just to make it look as bright and fun as humanly possible? In that case, we have a feeling you’ll get a huge kick out of the way A Kailo Chic Life made these absolutely fantastic pink oven mitts covered in cheerful, colourful pom poms!

In your view, is the height of home fashion right now rooted in the concept of upcycling small things and making something nice from what might otherwise have been thrown out? In that case, especially if you’re looking for small, simple projects to do because you’re rather pressed for time, we’d definitely suggest taking a look at how Crafts By Amanda made adorable miniature succulent planter magnets in just a few simple steps.

Perhaps we really caught your attention when we started talking about the idea of making your very own kitchen island but you’re feeling up for a challenge and you’d actually rather make the whole thing yourself instead if just altering the top of a pre-made one? In that case, we’d certainly urge you to check out how Shades of Blue Interiors did precisely that, adding the bonus feature of a hidden trash storage inside!

Has the best idea you’ve heard us mention so far actually been those that centre around super fun, bright colours and you’ve been scrolling through hoping to find more projects like that, just to help you liven up your kitchen in very simple ways? In that case, we think you’ll get along very well indeed with this project from The Crafted Life that shows you how to add colour to wooden spoons by plastic dipping them.

Oven mitts and wooden spoons aren’t the only things you can add a fun splash of colour to, of course! We’re also totally in love with the way Sugar and Cloth used very simple painting techniques to transform a set of plain charger plates into something a lot more visually appealing! Of course, you could use any colour combination you like, and perhaps even create different patterns than what you see here.

If you’re going to start altering the smallest details and tools in your kitchen to make them a lot more fun, would you prefer to do so right down to the most basic tools, just so your day is a little brighter no matter what task you’re doing? In that case, we’d definitely suggest taking a look at how Paper n’ Stitch made these super fun geometric and house-shaped wooden cutting boards in just 10 minutes!

Did actually really catch your attention when we started talking about the idea of adding fun colours and patterns to your plain old dishes but you don’t really find that your family uses charger plates very often? Then perhaps you’d get along a little better with something like these ombre sprayed breakfast bowls outlined step by simple step on A Kailo Chic Life!

Are you actually still thinking about how you’d love to make yourself an awesome new kitchen island but you’re living in a rather small space right now and you know you just don’t have the space for it? Then we think you’ll get a real kick out of the way Club Craftedn used an IKEA hack tactic to make one that’s smaller than the average one and can also be moved out of the way very easily when you’re not using it!

Maybe you’re just looking for an awesome, accessible way to store some of your kitchen utensils and, in your opinion, the most contemporary projects are those that are simple and a little minimalist? In that case, we’d absolutely suggest taking a look at the way A Beautiful Mess made a DIY wire utensil rack in just a few simple steps using standard wire grating.

Were you actually very intrigued indeed by the concept of adding colour and effects to wooden spoons but you’d almost rather make an old set you don’t use anymore into an art piece rather than altering the ones you currently use every day? In that case, we think you might really appreciate the way Jaderbomb painted their spoons, mounted them on a canvas, and stood their new piece on a simple plastic stand!

Have you actually been thinking about the concept of adding metallic elements to your kitchen ever since we mentioned the very first idea about the tin tiles but you’re not sure you have the time for a project quite so large and permanent? In that case, we’d definitely suggest taking a look at the way Clever Pink Pirate painted a set of old mason jars with metallic gold paint in order to keep their cutlery organized and easy to reach for.

Have you ever seen a lovely home decor piece in a store that you really liked but you simply couldn’t afford the brand name price in that moment? Then we think you’ll be intrigued to know that many DIY enthusiasts have found ways to recreate those pieces for cheaper using their own crafting skills! That’s precisely what Lolly Jane does here in their tutorial for these Anthropologie inspired zinc letters.

Do you have another kitchen-based DIY project that you’ve done before that would fit a contemporarily styled kitchen but that you don’t see here on our list? Tell us all about it or link us to photos of your finished work in the comments section!

How to Rework Your Kitchen with Butcher Block Countertops