By far, Peperomia varieties arguably give the most visual appeal in an indoor setting, especially if they’re getting the right humidity levels, lighting, and air circulation. In this guide, we decided to pay focus on the Peperomia Dolabriformis houseplant, which carries a few plausible attributes that never fade away even when the growing conditions are hostile. 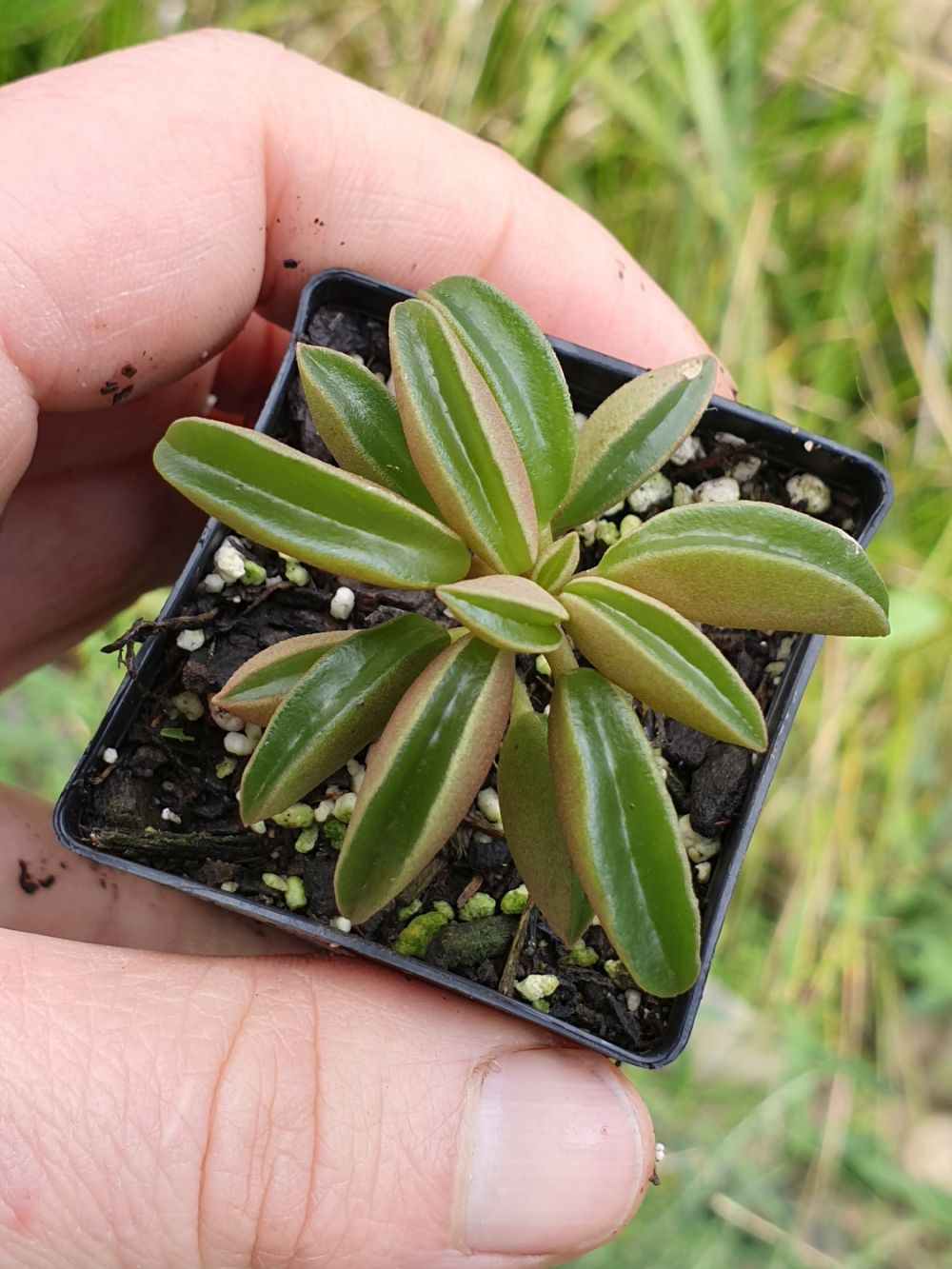 If you’re not eager to own or maintain a plant with colorful flowers, then you want to try this variety out. Read on to find more about how to grow and maintain this pleasurable epiphyte.

The Prayer Peperomia Plant at a Glance

The Prayer Pepper houseplant is a Peperomia variety native to the mountains of the Peruvian Andes. Most homeowners fall for its blissful aesthetic since it’s compact and mutates to the indoor environment without any hurdles. It has green supple leaves that fill up a medium size container quite gracefully especially when trimmed in an even pattern.

Same as the Blue Glow Peperomia, this variety elongates in search of light, so even though it’s a miniature houseplant, there are chances it could become leggy when growing under intensely low-light conditions. Another common name for it apart from Prayer Pepper is Prayer Peperomia, so don’t get tangled when you want into a gardening store. It has glossy-green foliage and woody stems that support the leaves relentlessly, even when the growing conditions are unfavorable.

And the best part about this houseplant is it has the traits of a succulent. It has the capacity to evolve over the years so long as you’re in a position to adjust the humidity levels as well as maintain the air circulation. The preference for a warm and humid environment makes this variety fall under the category of radiator plants, just like the Emerald Ripple Pepper plant.

As is the case with most other Peperomia varieties, there are slim chances your Prayer Pepper plant will bloom if it’s under cultivation. But when it’s growing in the wild, you can expect to see some inflorescence flowers elongating up to 16” inches long. There won’t be any significant scent on the flowers, but the most appealing part about them is they have a green-white tone and are attached to long stalks.

The worthiest pointer to grasp about the Prayer Pepper plant before planting it is it’s prone to soggy soil. Use potting soil that drains well or purchase a commercial cactus mix that works perfectly for succulent plants. For Peperomia varieties, I prefer using the Epsoma Organic Cactus mix since it helps retain moisture and boosts aeration in the soil. Or better still, you can choose to mix normal potting soil with equal portions of perlite and coarse sand.

This DIY method also yields the same results, more so if you want to keep your Prayer Pepper plant free from drenched soil. Around spring, when the growth hormones are at their peak, replace the soil with one that has a revitalized nutrient composition, so the plant remains dense-green and in a plausible physical shape. And since this slow-growing epiphyte falls under the miniature category of houseplants, there won’t be any great need for growing it inside a huge container, so transplanting isn’t necessary.

But most of all, the Prayer Pepper grows optimally inside a fairly compact pot. Smaller containers somewhat tend to make the roots a bit sturdier. As you probably know, this Peruvian native is accustomed to growing in places with debris, so you want to top-dress the potting soil with tree barks and dried leaves, which are a perfect source of compost manure.

Moisture is quite essential for the desirable stature you’d want your Peperomia Dolabriformis plant to own. Even though watering needs to be a routine caring tip, it’s worth noting that too much moisture getting stuck in the soil would ruin this plant’s aura. It doesn’t need frequent watering. Twice or once a week would do, especially during the warmer months. Cut back the intervals drastically during winter. One of the common signs to watch out for so you can tell whether your Prayer Pepper houseplant is suffering from overwatering would be wilting of the leaves.

The best way to go about watering is by soaking the soil thoroughly then leaving it to dry for the next couple of days or a week. What’s pleasing about this epiphyte is it can do without fertilizer. But if you’re yearning to see the foliage look green and leafy, then you want to use one with equal parts of nitrogen, iron, and potassium. So, under the label, check whether the composition is 20-20-20.

There won’t be any great need for using a fertilizer with phosphorus composition since this plant rarely blooms especially when growing indoors. Iron would help produce the green color during photosynthesis since it activates enzymes responsible for pushing oxygen through the roots, leaves, as well as other parts of the plant. Use soluble fertilizer only once during summer and leave the houseplant to grow organically during the other seasons.

Another handy tip you can use to make your Peperomia Dolabriformis look graceful is mimicking the growing conditions around the Andes mountains. Peperomias need to get watered in the same fashion as succulents since they store water in their fleshy leaves and stems, so they can survive under slight neglect for some time.

Based on what I’ve observed from my Peperomias is they prefer to dwell under warm temperatures and bright but somewhat filtered light. And that would help the leaves appear lime green throughout the seasons. If you’re opting to grow your Prayer Pepper plant outdoors, you first want to make sure whether you’re living under USDA hardiness zones 12 or higher.

If, say, you reside in North America, then you want to overwinter it indoors. If the light conditions are lacking, the plant will begin to turn pale and feeble. Freezing temperatures tend to break the nutrients’ intake path on this epiphyte. You want to pick a spot close to a window where it can receive enough light throughout the day.

While it’s not common for Peperomias to demand too much sunlight, it’s still useful for the entire photosynthesis process. And if you want to grow it outdoors, make sure to place it under some shade. It prefers low-light conditions most of the time, and it’s no wonder why the Peperomia Dolabriformis is an all-time favorite for gardeners who want to add an aesthetic to their bookshelves.

There’s literary nothing much to discuss when it comes to grooming and maintenance. All you need to watch out for are the leaves that appear to suffer from bacterial or other dreadful infections. You’ll need to pluck them off, so you don’t lose the entire houseplant. Also, don’t limit the access to sunlight, so the plant doesn’t become too leggy. Trimming would help control its size and shape quite drastically.

How to Propagate the Prayer Peperomia Plant 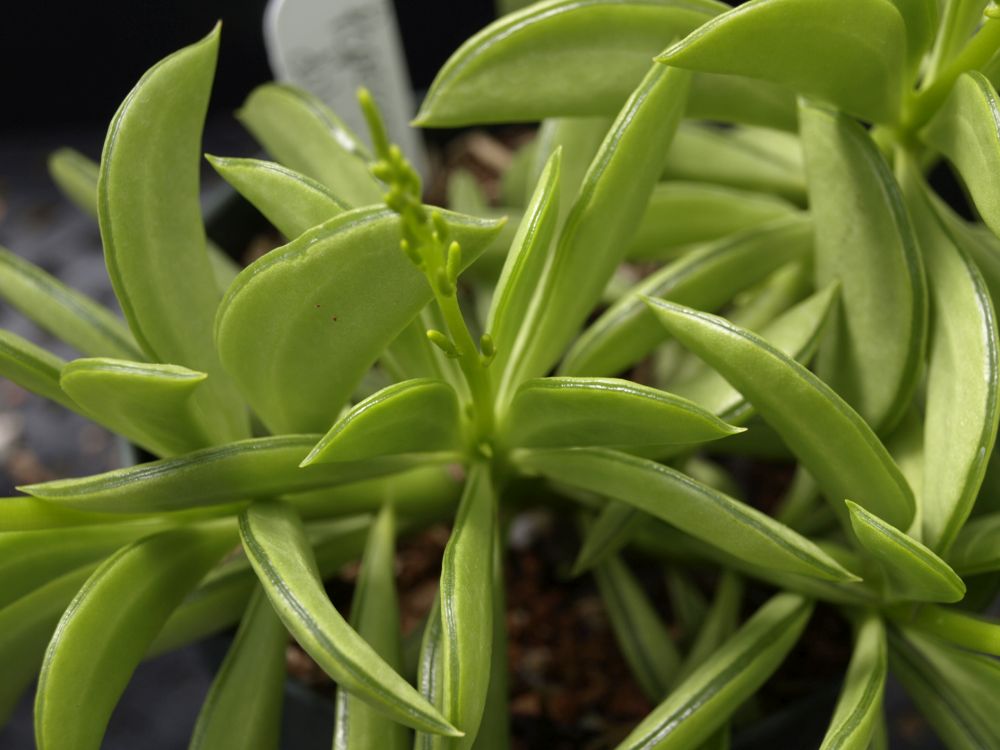 Like most other Peperomia varieties, there are two common ways to go about the whole propagation exercise. You can use stem cuttings from the mother plant and place them in soil or water. Propagating using seeds also proves to yield stunning results, but it might take a little longer, so it’s not a viable option if you think you’d run out of patience. And apart from stem cuttings, I did a few trials with leaves, and they gave me plausible results.

So, here are detailed steps you want to follow if you’re looking to use the leaf of stem cuttings:

On the other hand, using water instead of soil for propagation doesn’t need any hefty input. Here are the few steps you need to familiarize yourself with:

If you’re looking to propagate your Peperomia Dolabriformis using seeds, all you need to observe the most is humidity. To maintain the humidity levels, cover the pot with a plastic bag so the germination process can take effect in no time. Also, keep the temperature levels around 25 degrees Celsius during the day and 22 degrees Celsius when it’s nighttime. Since propagating using seeds is a daunting task, especially for starters, then using stem and root cuttings would make perfect sense.

Common Problems with the Prayer Pepper

It’s quite inevitable to keep your Prayer Pepper plant out of pests and diseases entirely. But for the most part, you won’t have to deal with serious conditions, as is the case with other overly-sensitive houseplants. And the best part about it is it holds zero toxicity levels and isn’t invasive whatsoever.  Underwatering is one of the major red flags that causes the leaves to wrinkle. Keep the soil, especially during warmer months when the soil dries up much quicker.

On the other hand, overwatering could be detrimental to your plant’s wellbeing, and one of the patent signs is the yellowing of the lower leaves. If the leaves are beginning to turn pale, then that could mean the plant is deficient in essential nutrients and minerals. Two remedies that could resolve this condition are replacing the old soil and using fertilizer during the spring season. Remember to suppress the strength of the fertilizer before using it by diluting it using the recommended ratio listed on the label.

When temperatures are warm, mealybugs tend to find this plant quite habitable. They’re white and leave a waxy layer on the leaf nodes. You can get rid of them by wiping off the affected areas using cotton swabs dipped in isopropyl alcohol. If you spot brown patches on the leaves, there are chances your Peperomia Dolabriformis is infested with scale insects. The same remedy as that of mealybugs would help suppress the numbers.

When running the routine maintenance, make sure to regulate the humidity levels and keep the growing medium somewhere with enough air circulation. That prevents the formation of mold. Mold might start hurting your plant’s health especially if the soil isn’t draining water as it should. And in case this happens, pluck off the affected leaves and transplant the plant into a new container with well-draining potting soil.