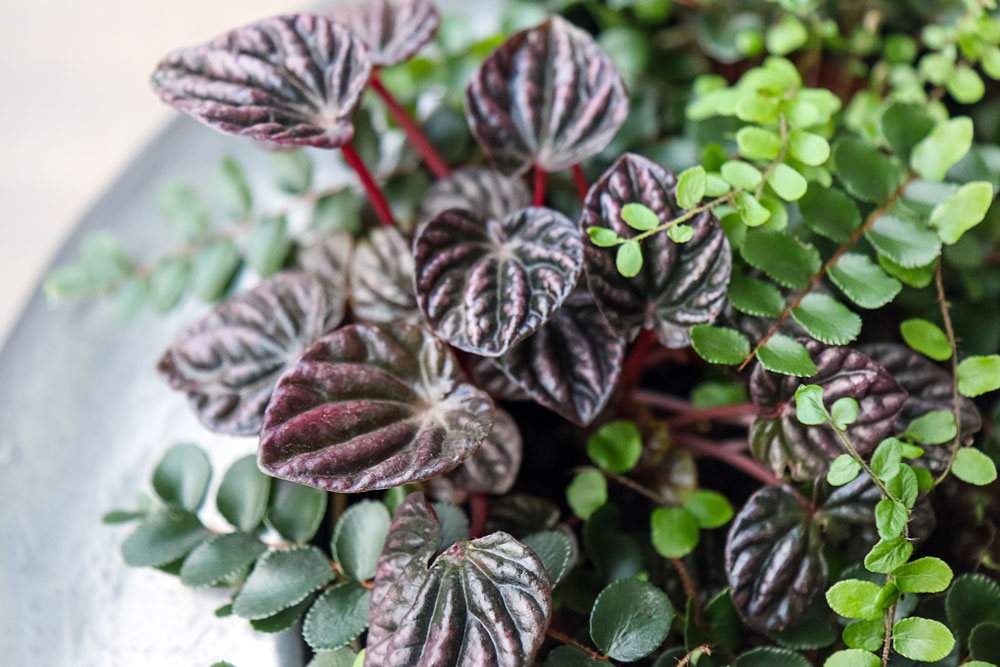 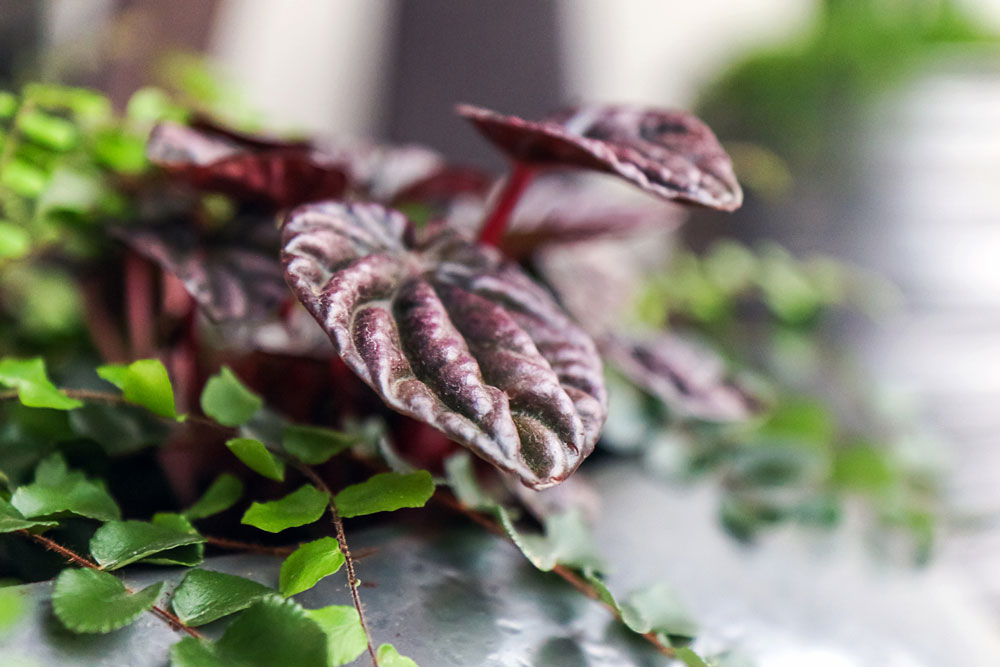 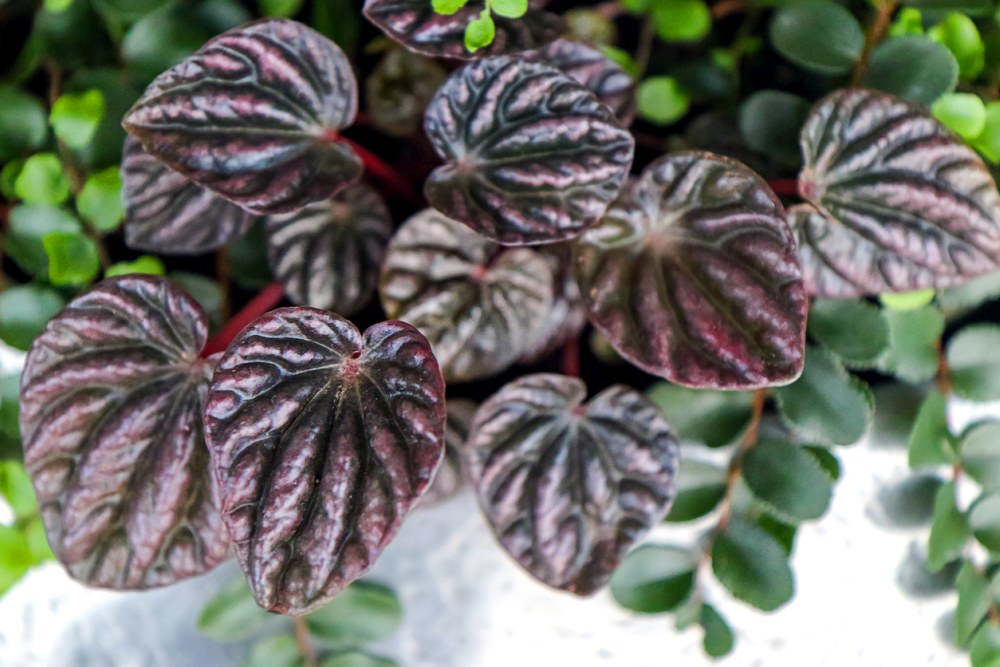 You can’t ignore the fact that Peperomias are vigorously taking huge strides over most other semi-succulents retailing at gardening stores. And it’s more reason why we love to crank out solid write-ups on how to care for various cultivars in the Pepiraceae family.

In this particular guide, we’ll look into all the bits and pieces you need, to routinely keep your Peperomia Caperata as pretty as a picture.

More About The Peperomia Caperata

Coming from the tropical parts of South America, Brazil to be exact, this semi-succulent is perfectly adapts to an indoor setting, so long as you can patently tweak the surrounding conditions which we’ll point up later in this guide.

The Peperomia Caperata, also known as the Emerald Ripple, is quite famed for its dark-green leaves with deep veins in various shades of cream, red and gray. Among the 1000 varieties in this the Peperomia genus, this houseplant is quite treasured by many households for its long-winded threshold to put up with varying growing conditions.

What mostly makes this cultivar glow different is the richly ruffled pattern on the leaves that makes the entire foliage look so appealing and graceful every season of the year. But making your Emerald Ripple bloom up without shying off takes some bits of effort.

While it thrives under USDA hardiness zones 11-12 across various states in the US, preferably outdoors on the ground, it’s quite surprising how most households adopt it as an indoor plant.

Just to have a rough estimate, the Emerald Ripple Peperomia has a beefed-up potential to hit about 8″ inches, both in height and width. Well, that’s not much. It’s naturally a miniature plant so don’t hold too many prospects when it comes to its utmost burgeoning capacity.

As a compact houseplant, taking plentiful care of the Peperomia Caperate literally takes less effort. Other matching Peperomia varieties you might come across include:

Caring Tips For The Emerald Ripple

If you want to grow your Emerald Ripple as a houseplant, it’s best to use normal potting soil for succulents. I prefer to use the African Violet potting mix anytime I’m planting a cultivar in my garden. It’s more porous and lets water drain though much quicker than other soil mixtures.

I’d also recommend using the following ingredients when preparing the potting soil, to modify the texture and make it nutrient-rich:

While you’re at it, it’s worth noting that using a growing medium with enough drainage holes, helps protect the roots from decaying since the water won’t get stuck in the soil for too long. Succulents are most often prone to root rot, so you can’t overlook using soil that’s permeable enough to allow water to drain through with less effort.

To calibrate the soil’s pH, ideally by making it less acidic and more alkaline, you can amend it with limestone since it contains both calcium carbonate and magnesium carbonate. These two compounds help the soil have the essential nutrients that allow you Emerald Ripple Peperomia to grow at an optimal rate.

You also want to use soil that’s fairly loose so it can give room for air circulation.

You don’t really need to re-pot this houseplant for the simple fact that it grows compactly. But should it be necessary, the best time to re-pot your Emerald Ripple plant is during spring because it’s an ideal growing season.

Also, you don’t have to transplant it into a big pot since the roots of this variety don’t elongate wildly.

Although Peperomias have a bountiful potential to glam up your home quite gracefully, they aren’t the best flowering houseplants you’ll ever come across. You might spot a few tiny flowers—popularly labeled as mouse tails during spring, but they usually have no scent and sprout at the tips of mature stalks.

You’ll only need to water this Peperomia variety more often during the growing seasons. It sprouts and blooms flowers around spring till the end of the fall season. Throughout these two seasons, you want to gently water your Emerald plant at even intervals.Be careful not to wet the rosette since it’ll begin to rot. Instead, just water the topsoil and leave it to dry out completely.

Before watering your plant again, check if it’s showing any acute signs of wilting. That would be such a fruitful approach to lay out a consistent watering schedule.

Oftentimes, the leaves turn yellow when you expose your plant to extremely wet conditions for long hours. Peperomias catch diseases and the roots begin to rot if they grow in soggy soil.

Your houseplant also needs soluble fertilizer every once per month during summer and spring, to speed up the growth rate. Peperomias yield rapidly when you use a well-balanced 20-20-20 fertilizer that holds equal portions of potassium, iron, and nitrogen. Remember to dilute it with water and avoid fertilizing your plant during winter when the temperatures are freezing.

Your Peperomia Caperata grows best where there’s bright, indirect light access. So if you’re growing it indoors, place it close to a window facing east or west, to give it at least 4 hours of sunlight each day. But if your living space is dull, grow lights would equally work just fine.

While low light conditions cause your Emerald Ripple to grow at a stunted rate, too much of it will botch and discolor the leaves. The ideal room temperature this houseplant needs to grow under should be anywhere between 15- 27 degrees Celcius, thereabout.

If the temperature falls below this mark, your plant might begin to exhibit stunted growth or gravely suffer from pathogenic fungi.

You also want to keep the humidity levels moderately high, preferably around 40-50%. If it’s hard to naturally achieve this humidity level, you can sacrifice a few bucks and purchase a digital humidifier for houseplants.

You won’t need to worry much about grooming your Emerald Ripple Peperomia since it hardly forms jungly foliage, except for when you’re depriving it of the essential macronutrients such as copper, manganese, iron, and zinc.

Use a pair of scissors to trim the edges of the plant to make it have a fluffy and even appearance. Even though this is a slow-growing houseplant, new nodes will develop, so long as you’re giving it the most tenable growing conditions.

How to Propagate Your Emerald Ripple

You can easily propagate this Peperomia variety through;

But the method which I find quite nifty and helpful is using leaf cuttings. Just follow these steps and you’ll see results in about 4 weeks or even less:

For the most part, your Emerald Ripple Peperomis won’t struggle with any serious pests or diseases. It’s only prone to the side effects of overwatering which include root rot and a bunch of dreadful fungal diseases. If the leaves begin to turn yellow and wilt, that could also be an acute sign of overwatering. It also causes the plant to exhibit a stunted growth rate.

Don’t miss to use soil that’s well aerated—to allow air circulation and let water drain through much quicker. If water gets stuck in the soil for too long, it cuts the oxygen supply, causing your plant not to have an easy aerobic respiration process. If this happens, it’ll be difficult to redeem your plant back to its initial condition. Some of the common pests you also want to watch out for include spider mites, mealybugs, scale, and whiteflies.

Always keep this variety under room temperature of between 15-18 degrees celsius to keep it from leaf loss. The leaves might also wilt and drop at an alarming pace if you feed your Emerald Ripple plant with too much fertilizer.

This cultivar looks awesome when grown as a houseplant, preferably where it can have access to filtered light. I’d suggest placing it near a window or on your office desk. But if you want to use it for landscaping, you want to watch out for insects that would gravely ruin your plant’s wellbeing.