Impatiens are loveable plants with big blooms and rich, vivid colors. Unfortunately, they don’t grow in every zone. But don’t let that stop you. Because you can grow it as a houseplant. 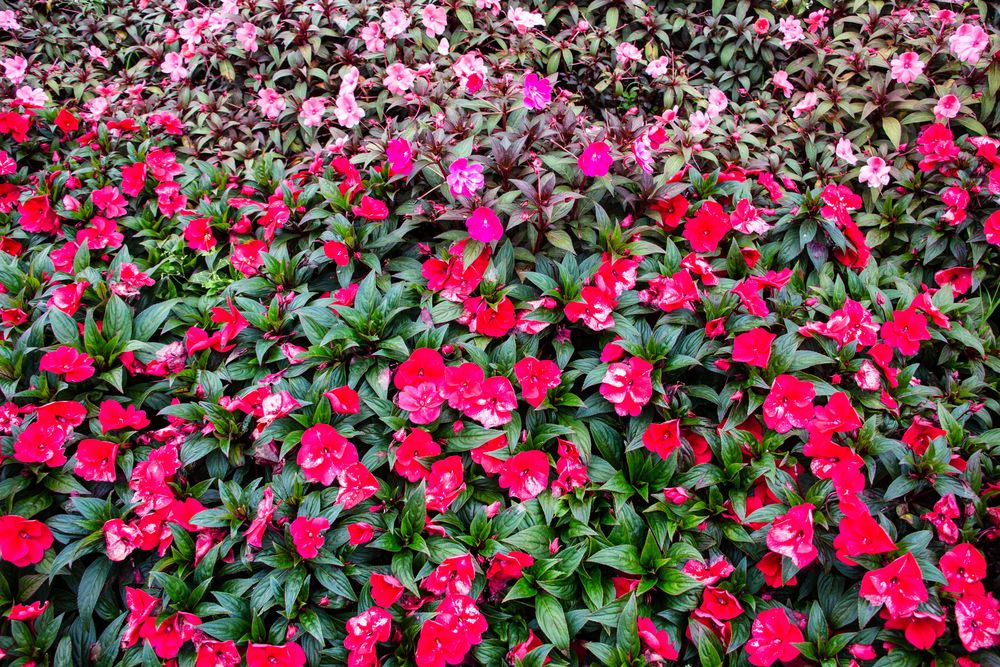 Downy mildew is the bane of impatiens. It can wreak havoc with the blooms and leaves covering them with a white cobweb. When downy mildew attacks, your only option is to uproot the plants and burn them.

Other impatiens growing problems include lack of blooming. This is a more common issue than you think and it can leave you scratching your head. These and other problems are the topics of this article.

Without flowers, your impatiens lose their allure pretty fast. And this problem can happen at any stage of the plant’s life. Sometimes the plants won’t flower at all. Other times, they might stop blooming one year for no apparent reason. But just because everything looks fine and the plant is healthy, that doesn’t mean that your impatiens are stressed for one reason or another.

And the sooner you dig up that cause of stress, the sooner you can get the plants on track to blooming every year like they used to. So first and foremost check that the plant is not exposed to full sun. It’s ok if your impatiens are getting the morning sun. But exposure to the afternoon sun is a big no-no in the impatiens world. These after all are shade plants.

Overwatering can be another cause of the problem. Although in this case, the blooms would drop and the leaves turn red around the edges. Or it might be too much nitrogen in the fertilizer you use. Nitrogen triggers root and foliage growth but at the cost of the blooms.

Some of those causes that stop impatiens from blooming are easy to detect. Others, not so much. If the plant is getting too much sun, you can tell by the red edges of the leaves. But root rot as a result of waterlogged soil is not easy to diagnose unless you dig into the soil. Here are a few ways you can solve this problem. 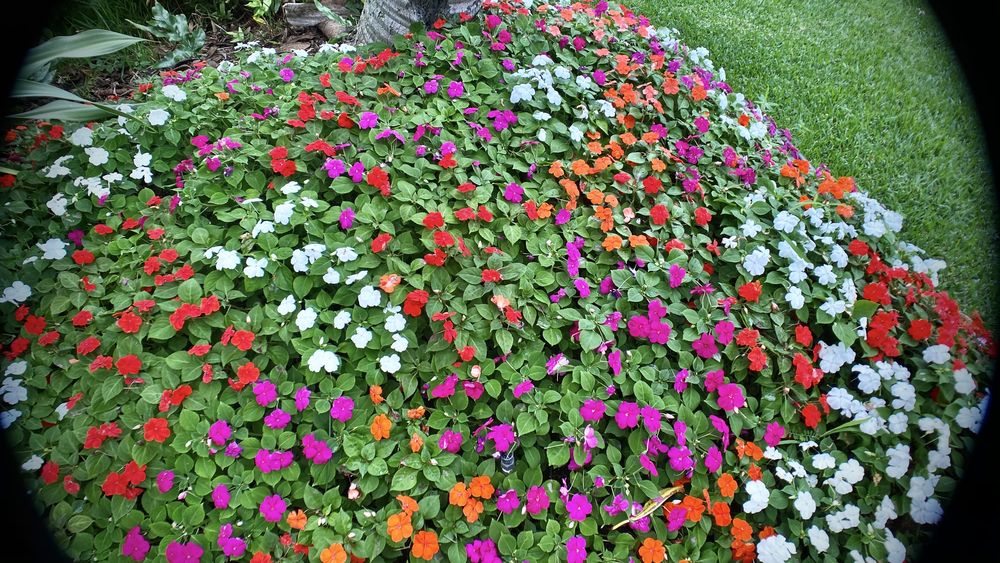 While the blooms of the impatiens are the reason many people grow them, the foliage is not something to look down upon either. The leaves are green, dense, and symmetrical. They are the perfect backdrop for the vibrant pink, purple, or salmon blooms. So if the leaves start to turn yellow, you know something is up with the plant.

And this time, it’s not something you did or didn’t do that caused the leaves to turn yellow. It’s usually a disease or a parasite infection. These include nematodes, botrytis blight, verticillium wilt, or downy mildew. Each disease is worse than the one before it. We’ll have a full section dedicated to downy mildew. So let’s see how you can deal with the other three problems.

Each one of these infections has its own unique symptoms. That makes it easier for you to diagnose it and apply the right treatment. Unless it’s a root infection as is the case with nematodes. This requires getting your hands literally dirty.

If you ask people why they are not growing impatiens in their garden, most would often tell you about the time the impatiens got downy mildew and infected other plants in the garden with it as well. Impatiens are a natural magnet for downy mildew. The spores will hibernate in the soil during the winter and become active when the weather warms up. Worse still, they can stay in the soil for years rendering that patch inarable.

Plasmopara obducens is the name of the fungus that causes downy mildew in impatiens. It needs moist conditions and mild temperatures to thrive. So spring and fall are the two seasons when it’s most active. It starts by infecting the underside of the lower leaves of the plant. The leaves shrivel as white spots containing the spores of the fungus form on the drooping leaves. As the spores cover the rest of the leaves, the plant will lose all its foliage and eventually die.

Downy mildew affects all varieties of impatiens except for New Guinea impatiens. So that’s one way to deal with this incurable infection. It also doesn’t care about the weather conditions, microclimate, or growing zone. As long as humidity is high and the temperature is neither too high nor too low, the spores of the fungus are in their element.

There’s little you can do to stave off this disease. Once it hits a plant, you can only remove it, burn it, and leave the patch of soil barren for a few years.

You can also grow alternative plants to impatiens that don’t succumb to downy mildew that easily. These include elephant ears, scarlet sage alocasia, Joseph’s coat, oxalis, fuchsia, mealy cup sage, begonias, coleus, and lobelias to name but a few. 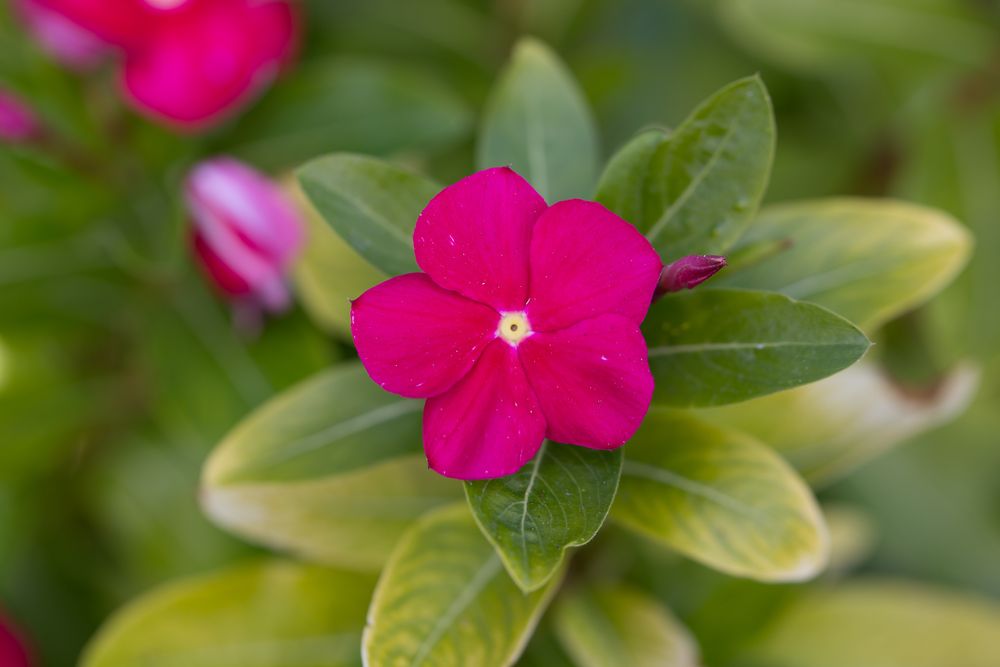 Although gardeners grow impatiens as annuals in over 30 states, the plants do need pruning from time to time. Now, why would you need to prune an annual plant that will die by the end of the fall? The answer has to do with the ornamental shape of the plant. The stems often grow in every direction and don’t adhere to a certain pattern.

Pruning also increases the blooms of the plant. So trimming off a few stems here and there can double the number of flowers you have on the plant. However, you must be careful not to cut back too much of the plant else you could end up with fewer flowers or worse, no flowers at all.

Even for an annual, impatiens tend to get leggy in mid-summer. The lower leaves drop revealing long and unshapely stalks that keep getting longer and longer. The foliage becomes sparse with fewer blooms and more gaps. So what can you do about it?

Can you really grow impatiens as houseplants? That’s the question on everyone’s mind these days. The answer is yes you can. The conditions indoors are more suitable for this shade plant. And you can also control the humidity levels in the house which reduces the risk of downy mildew.

But how can you grow impatiens as potted plants? And what kind of care and maintenance work is required? And how about propagation? Would the seeds from the faded flowers sprout automagically in the same pot by the next spring? So many questions and the answers are below.

You won’t have to worry about propagation when you grow impatiens indoors. The plants will not die in the winter. So you can keep them as perennials. As long as you provide adequate growing conditions, there’s no reason why you shouldn’t enjoy the green foliage and rich blooms for many years.

You can either start the impatiens from seeds or transplant the mature plants in the garden into pots and bring them inside. Keep the container on a window sill throughout the winter so that it can get sun exposure. If the sun gets too hot even in the winter, place the plant on a window facing north. Too much sun exposure can damage the plant, but a total lack of sunlight in the winter is not recommended either.

Keep the temperature in the room above 55 degrees F. You can place a heat mat under the container until the weather warms up eventually. 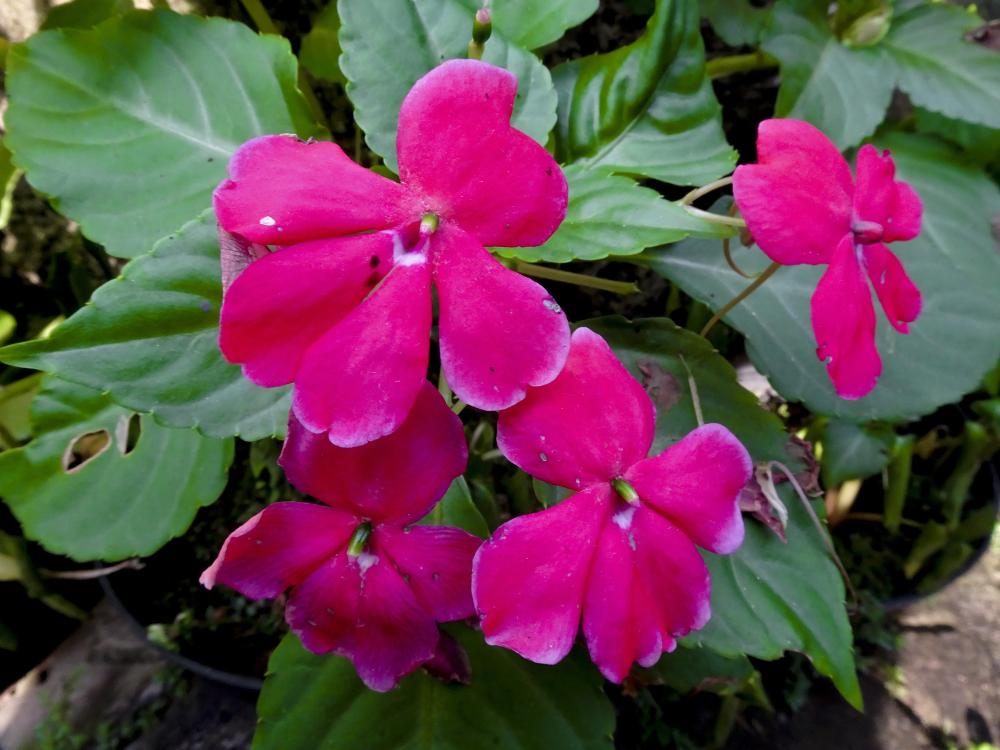 As drought-resistant plants, impatiens can put up with any kind of plant you grow it with. But it’s not always a good idea to throw plants together and hope for the best. As far as ornamental plants are concerned, you need to make sure the bloom colors create harmony and match each other.

Bloom time is also important. You wouldn’t want all the plants to bloom together and for the rest of the year leave that corner of the garden too dark and lackluster.

Since impatiens are shade plants, make sure to pair them with other shade-loving plants. Azaleas are the first plants to come to mind. In fact, it’s a sort of a gardening tradition to plant impatiens and azaleas. They are both well-behaved plants that don’t compete over water or nutrients.

Pair the impatiens with plants with dark green foliage such as cimicifuga, coral bells, and ajuga. Citronelle heuchera is another perennial whose yellowish foliage compliments the vivid colors of the impatiens’ blooms.