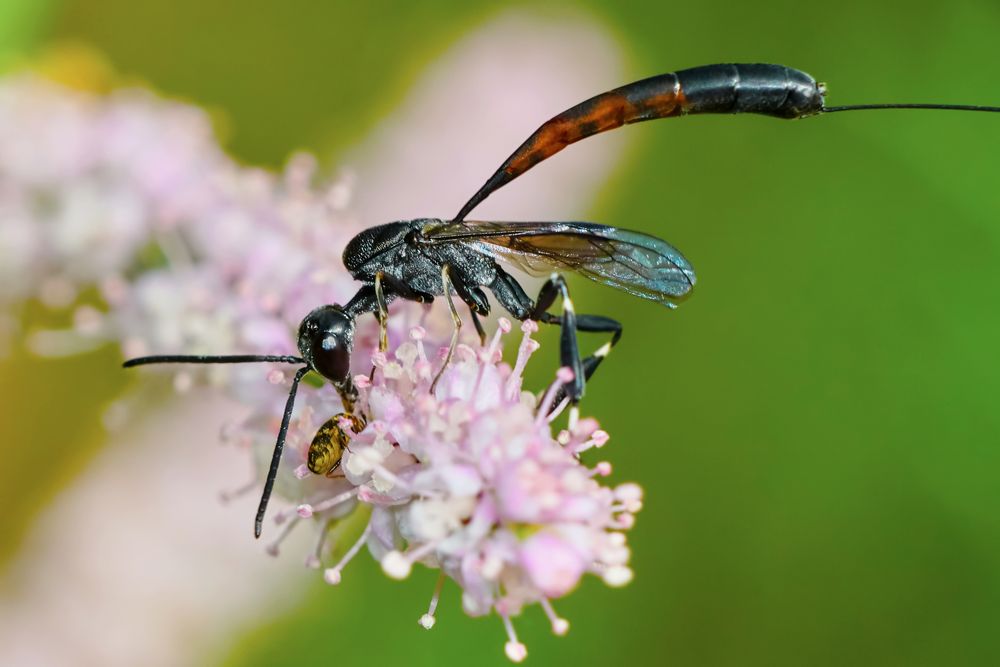 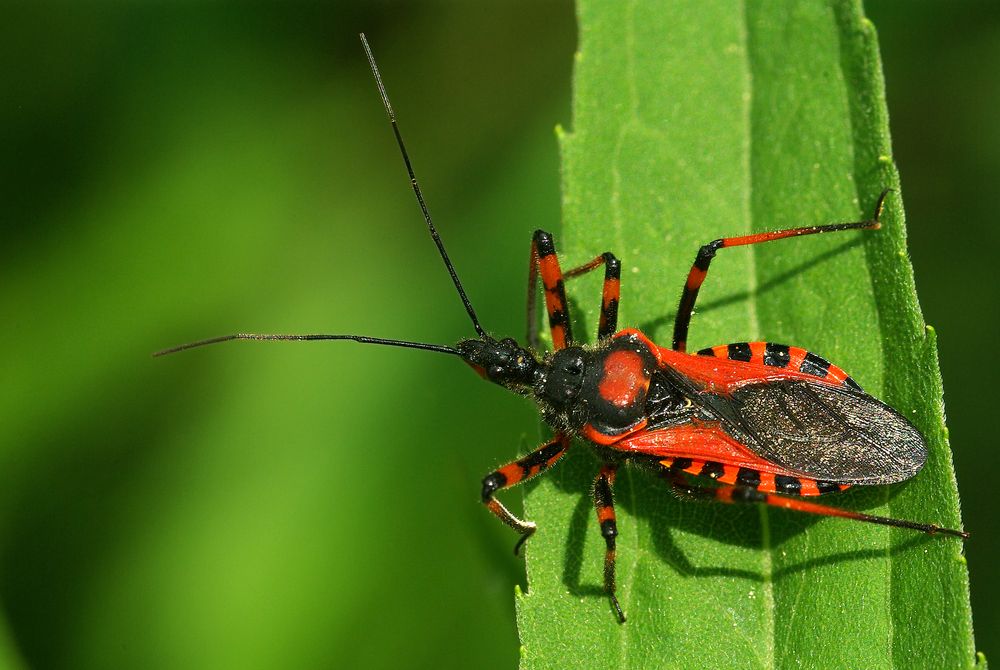 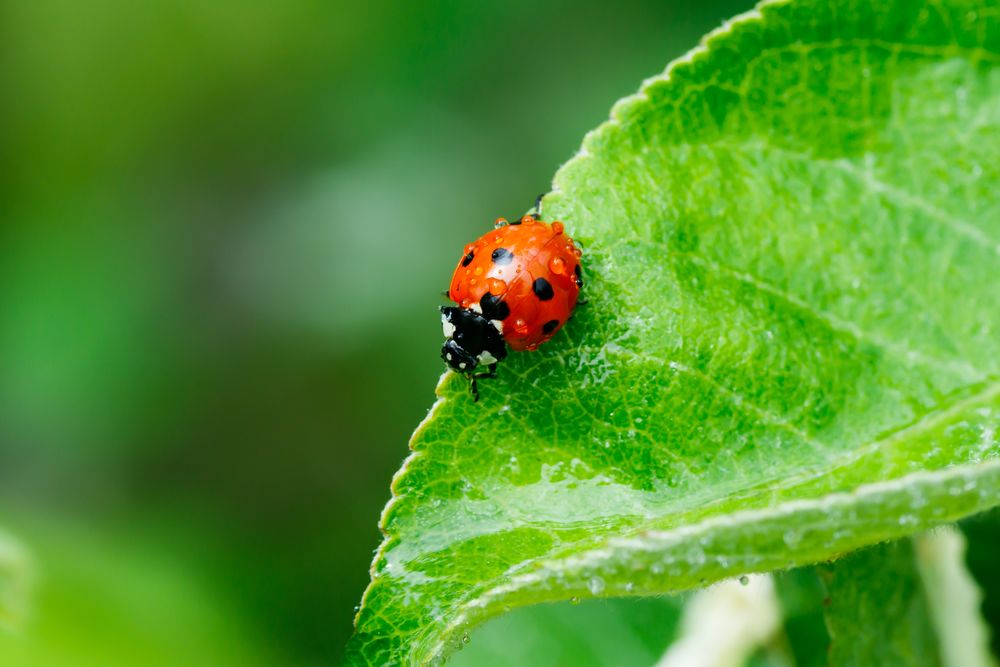 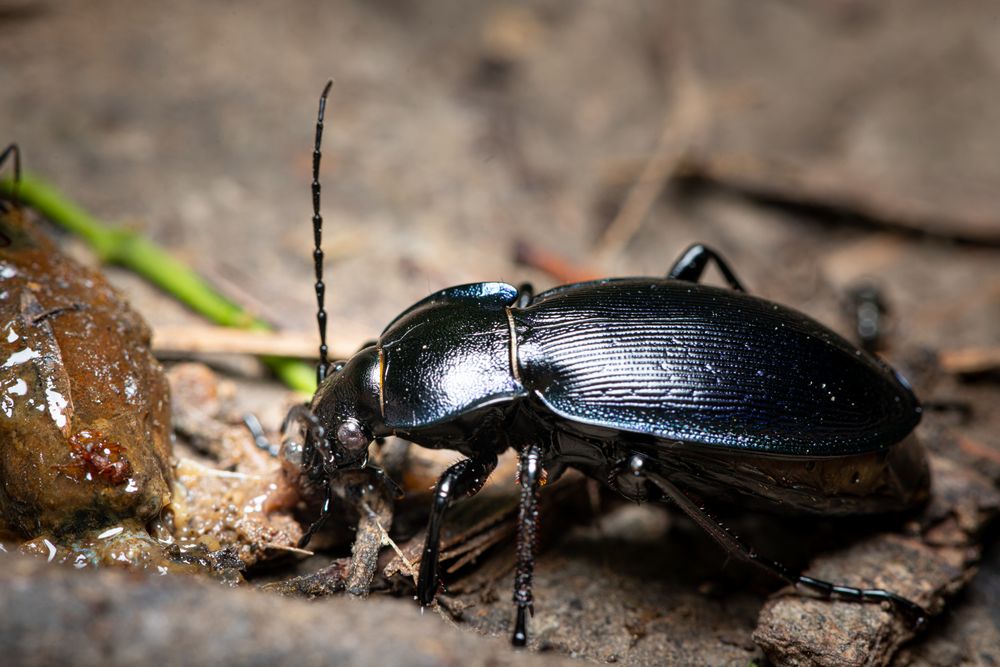 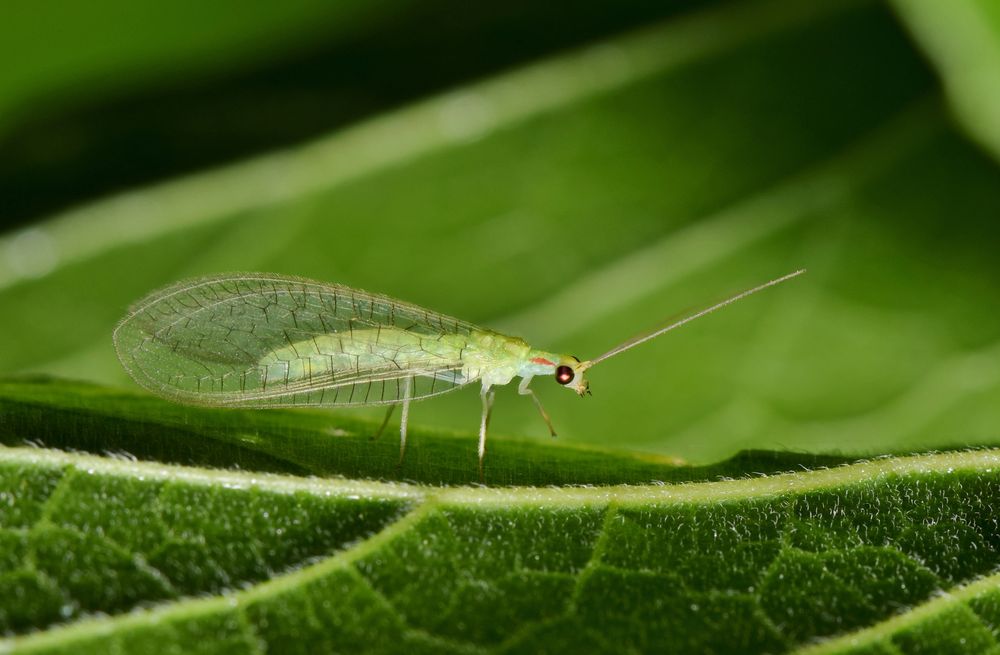 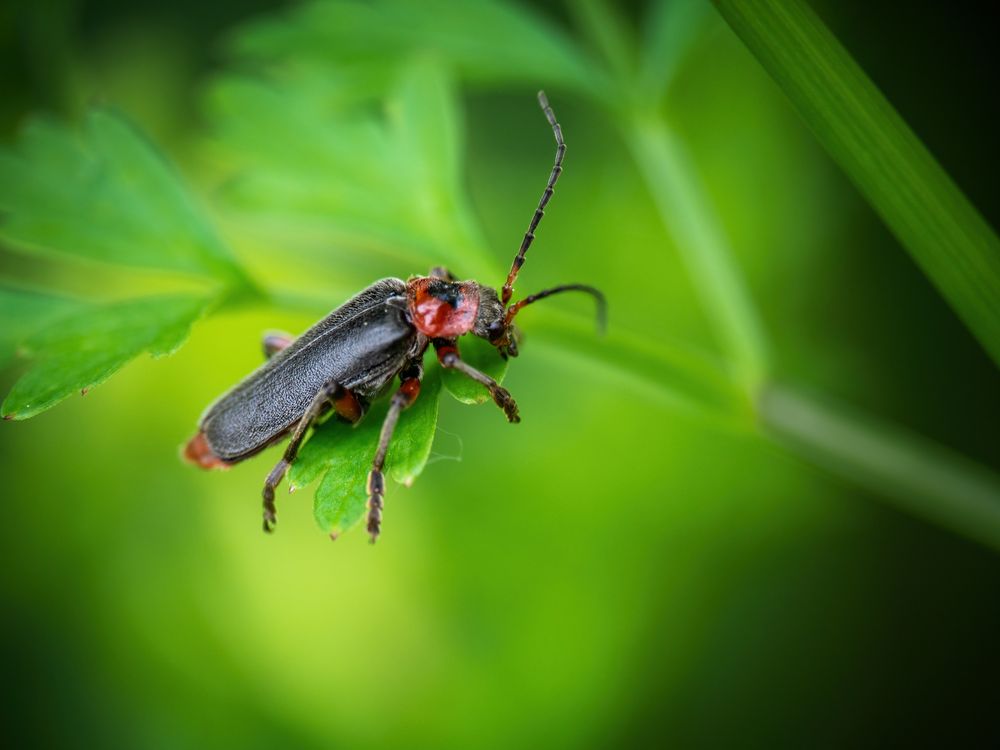 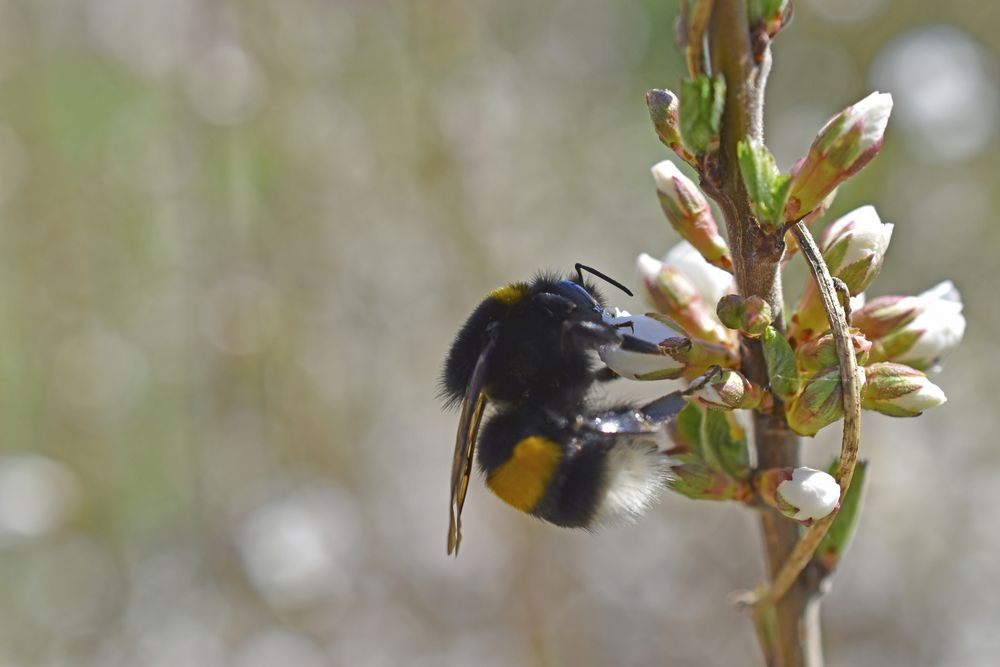 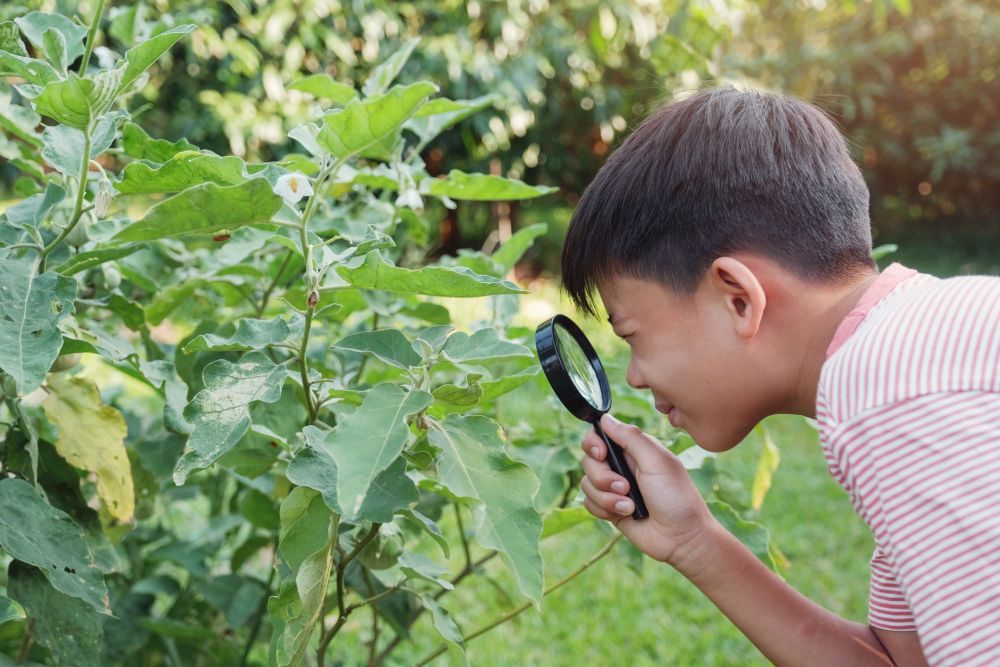 There are a few bugs that are beneficial to the garden. However, some gardeners, especially newbie ones, are probably not aware of the perks. These beneficial insects eat pests or insects that cause damage to your garden or landscape. 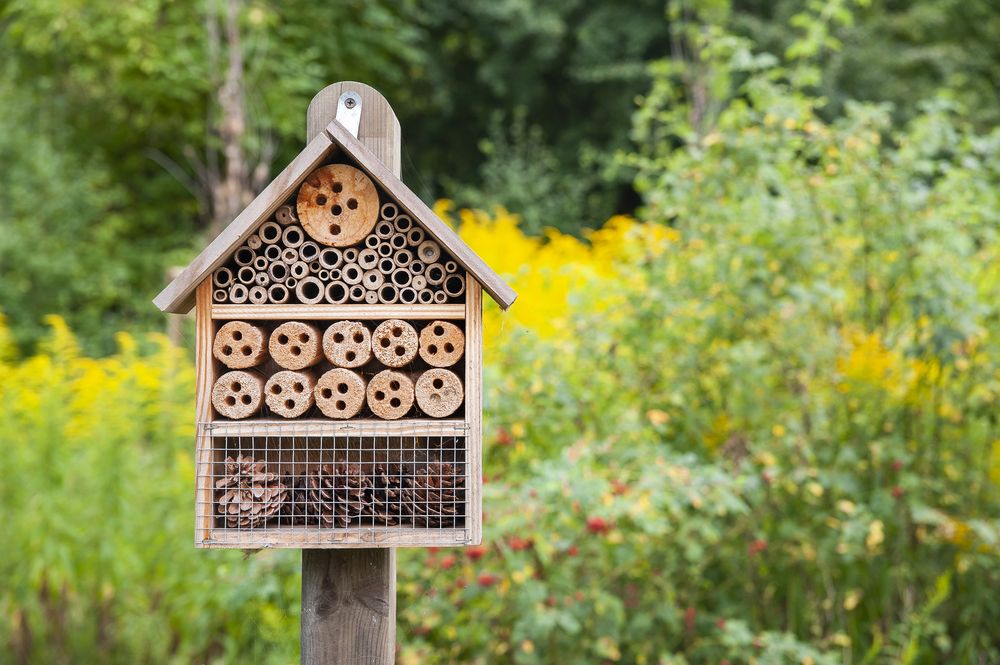 By keeping your plants safe from predatory insects, they help to keep the environment in balance. Farmers or gardeners need to know which bugs are beneficial to their garden. So, we’ll focus on the beneficial bugs only.

Apart from eating the damage-causing insects, the good bugs also help in plant pollination. If you find them around your garden, let them stay. Identifying the good bugs from the bad bugs is essential. You don’t want to suppress them by keeping the environment inhabitable through synthetic pesticides. In fact, according to a study from the University of Maine, 97 percent of more than 1.5 million insects in the world are beneficial to the garden.

Most flowering plants rely on bugs like bees, butterflies, moths, beetles, or even flies for pollination. Other bugs that are beneficial to the soil, help keep it well aerated by breaking down dead living or non-living organisms. Examples of such bugs are the likes of ladybirds and beetles. Let’s find out more about beneficial insects.

There’s no denying the fact that beneficial bugs perform a very vital role in the garden. Again, out of 1.5 million bugs in the world,97 percent of them are beneficial, while the remaining 3 percent are destructive ones. Beneficial bugs are classified into three main categories;

How to Identify Good and Bad Bugs in Your Garden

How you identify helpful bugs in the garden from the bad ones is an elemental step towards giving your plants the perfect environment to thrive and bloom opulently. Never be in a rush to kill bugs in the garden as you could end up killing the most beneficial ones.

On the other hand, this must not be at the expense of ignoring the bad bugs. Use the following tips to draw a line between the good and bad insects in your garden.

First, you need to take time and observe the insects before taking any action. If the insect is causing much damage through its feeding, the probability is high that it’s a pest. Another thing to note is if the insects come in large numbers as this could be a clear indication of pest infestation that might require the help of natural remedies. The sooner you get conclusive information, the better you’ll be at controlling them effectively.

The second salient step would be to research and identify the type of bug buzzing around your garden. Compare an actual bug that you’ve captured or killed to images and information of insects on various expert sites.

You’d be surprised at how many useful insights you’ll find on the internet. If after some research you suspect that you might have killed the good bugs, you will have learned not to kill it next time you locate it in your garden or vice versa.

We have featured some of the most common good bugs in our garden. Keep reading to learn which ones you’ll let coexist with your outdoor plants.

Everyone knows bees for just the honey. The truth is that bees have other beneficial properties, especially in the garden. And if you’re growing vegetables a lot often, you want to preserve the existence of bees around your kitchen garden at all costs.

Any seeds, nuts, berries, or fruits in the garden may need bees for pollination. If you have these plants in your garden, you will probably see bees buzzing around so don’t be so quick in shooing them away. Some of the vegetables that are also pollinated by bees include quashes, cucumbers, pumpkins, eggplant, and watermelons. If the bees are absent, then you’d need to pollinate your vegetables by hand.

How to Attract Bees

Bees are attracted by growing plants that continuously flower all season long. The plants you’re looking to grow should have the ability to produce nectar without running dry on it. Some factors will determine whether bees will be attracted to your garden a lot more often. Ground bees, for instance, are attracted to the type of soil that doesn’t contain too much mulch.

Some bees like water sources and they always end up making sources like mud puddles their home. So, if you have a rain garden with some wildflowers, there are chances you’ll frequently see bees coming around.

Adding a honeybee hive is a sure way of attracting bees in your garden as they ultimately end up settling there. Alternatively, consider leaving a dead tree in a strategic place in your garden. In the long run, bees will make a home for themselves.

Soldier beetles are attracted to plants that continuously blossom with flowers. In other words, they’re mainly attracted to pollen and nectar. Even during the winter, soldier beetles survive in larvae form. Its larvae tend to feed on other insects’ eggs and larvae.

How to Attract Soldier Beetles

Attract Soldier beetles by growing yellow flowers in your garden. Examples of these flowers are the goldenrod, single-flowered marigolds, zinnia, coneflower, globe thistle, sunflowers, and many others. It’s also important to keep them in the garden by maintaining permanent plants or herbs in the garden where their larvae get to pupate without disturbance.

In other words, you want to provide cover and enough food for soldier beetles while they’re in their larval and adult stages. Soldier beetles prefer weeds like goldenrod, milkweed, and wild lettuce. The larvae will need a moist soil structure that’s loose with lots of plant debris.

So, you want to consider mulching the topsoil with tree barks and shrubs to help with moisture retention.

Adult green lacewings are predators that feed on pollen and nectar produced by flowers. They also eat bad bugs like aphids, caterpillars, and worms that eat cabbages. Lacewings love aphids so much that they attack them with fatal injections.

Normally, larva from lacewings injects digestive juices into the aphid that end up dissolving its inner body parts in just a couple of minutes leading to its death. One way to identify lacewings is their 6 distinct legs. The lacewing larvae will stick around for about 10-14 days.

How to Attract Lacewings

One major way of attracting green lacewings is to avoid getting rid of the bad bugs using pesticides. Lacewings dread the toxicity levels held by synthetic pesticides. They are also left with nothing to feed on if insects like aphids are eliminated. Another way of attracting green lacewings is by planting flowers that are active in all seasons. So, you want to aim for those bright-looking flowers that survive the entire blooming season.

Same as bees, these are bugs that are significantly attracted by the presence of pollen and nectar in outdoor plants. Daisies, asters, angelica, golden marguerite, and coriander are some of the dominant flowering plants that are cherished by lacewings.

For the most part, they will be in your garden to feed on the parasitic bugs and reproduce. Some gardeners also prefer buying lacewing larvae from nurseries nearby with enough stock to get rid of an infestation. This is yet another easy way of having and keeping lacewings in your garden.

‘Ground beetles’ is a general name used for different types of insects. There are believed to be more than 2500 types of these beetles in the world. Black beetles give the ‘dangerous insects’ impression to many gardeners. They could be very beneficial to your garden. Their ability to dig down into mulch exposes any night pests.

How to Attract Ground Beetles

As mentioned above, ground beetles like digging into mulch and other decaying organic matter. They are attracted to gardens with mulch since this is the perfect spot for laying their eggs and breeding into mature beetles.

Another effective way of attracting them is by putting small stones in your garden. This is important because these beetles tend to hide beneath these stones. A rotten log in the garden will also certainly attract ground beetles. If you have decaying plant matter in your garden, this scales up the rate of breeding.

Popularly known as Lady beetles, many people love to see them in their gardens. They are miniature, attractive beetles with black and red colors. These beetles feed on insects like aphids, mites. After feeding harmful insects for a long time the ladybug lays eggs on the leaves of plants near where insects like aphids love to rest best. Its larvae eventually end up feasting on the aphids.

How to Attract Lady Beetles

Apart from insects, Lady beetles are also attracted by pollen from certain plants. Some of the common ones include herbs and flowers like cilantro, dill, fennel, caraway, yarrow, tansy, angelica, and many others.

Assassin bugs are mostly confused for squash bugs because they are a mix between a praying mantis and a squash bug. They have elongated heads and long legs. Their heads are narrow with round, long, needlelike mouthparts.

Assassin bugs are great friends to gardeners because they feed on garden pests like caterpillars, flies, aphids, and ants. They also help with minimizing the use of insecticides. They use their long, sharp mouthparts to capture prey.

After capturing the prey, they release some toxins that they use to paralyze the prey with. The prey’s body fluids are then sucked using their straw-like mouthparts. Assassin bugs are generally rare species to find and locate.

How to Attract Assassin Bugs

These bugs can be attracted by creating a suitable environment for them in your garden and growing the right plants. There are several strategies to hacking this. Assassin bugs love areas with enough light. Installing a light source near your garden would be excellent.

This could work mostly on the lawns. Any type of light would be ideal. Another way would be to fill a bowl with gravel and water then place it in your garden. Most insects and pests including the assassin bugs love and are attracted by water.

The only thing you have to do is fill water in the pan until you can see it at the surface of the gravel so that the assassin bugs can drink the water without drowning.

With the presence of assassin bugs, you don’t need to use any chemical insecticides input in your garden as they help eliminate any pests or bad bugs like aphids and caterpillars from your garden. Using these chemicals would also kill the assassin bugs.

Grow plants that assassin bugs love. Flowers like marigolds, dandelions, goldenrod, and tansy are a good attraction to these bugs because they are rich in pollen and nectar. Consider planting herbs like dill and fennel too. Provide enough food to the assassin bugs by planting many plants that attract pests that they can feed on to keep them longer in your garden.

Braconid wasps lay their eggs on the backs of worms and caterpillars and leave white cocoons on them.If you come across a caterpillar with such white cocoons on its back, don’t think of killing it. Rather, move it to a safer spot in the garden for the wasp to take care of it.

These cocoons also breed into more wasps. Trichogramma wasps lay their eggs inside the eggs of other insects. They attack insects like gypsy moth caterpillars, grasshoppers, and green stink bugs.

How to Attract Parasitic Wasps

Plant umbrella-shaped flowers to attract them-they like pollen and nectar. Examples of these are arrow, Queen Anne’s lace, zinnias, fennel, and dill. However, wasps are not attracted by the warm red colors of plants like Red flowers. When caterpillars chew some plants, they release aromatic compounds to the air that attract parasitic wasps.