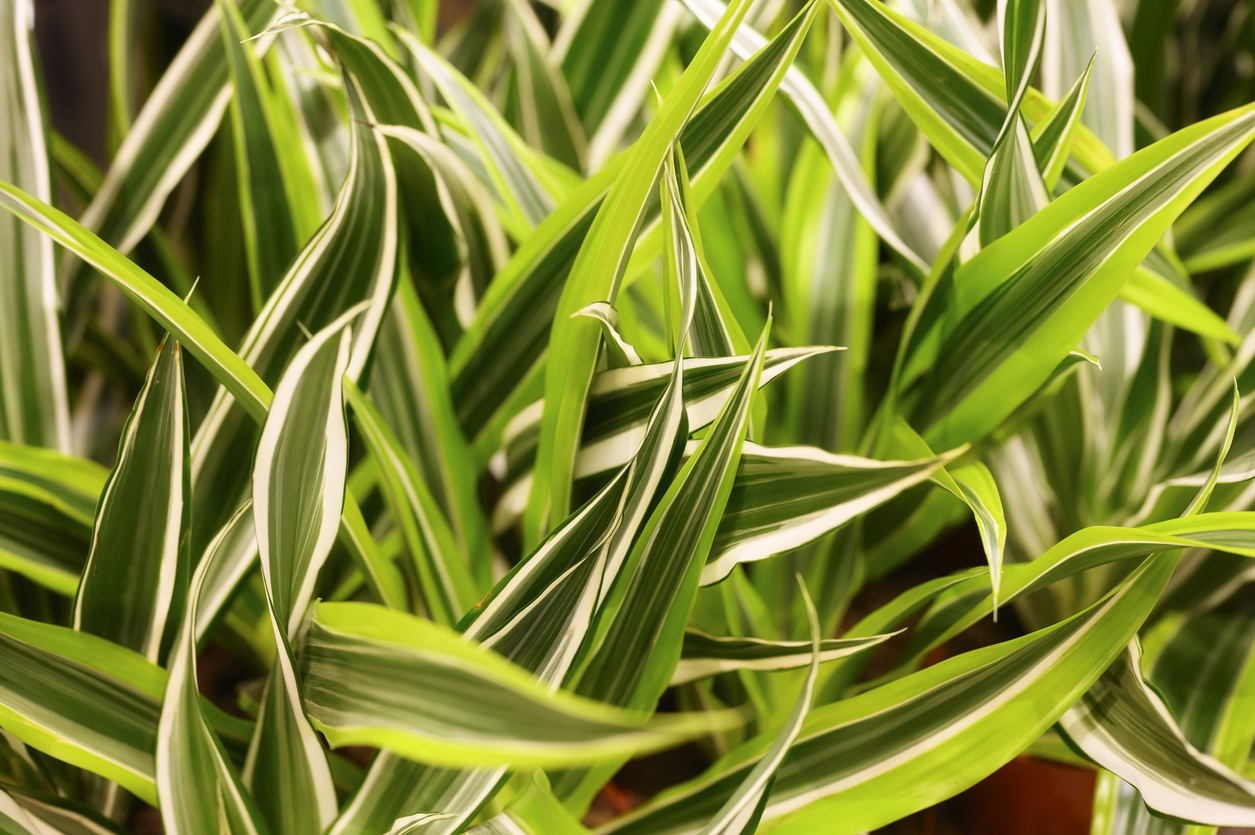 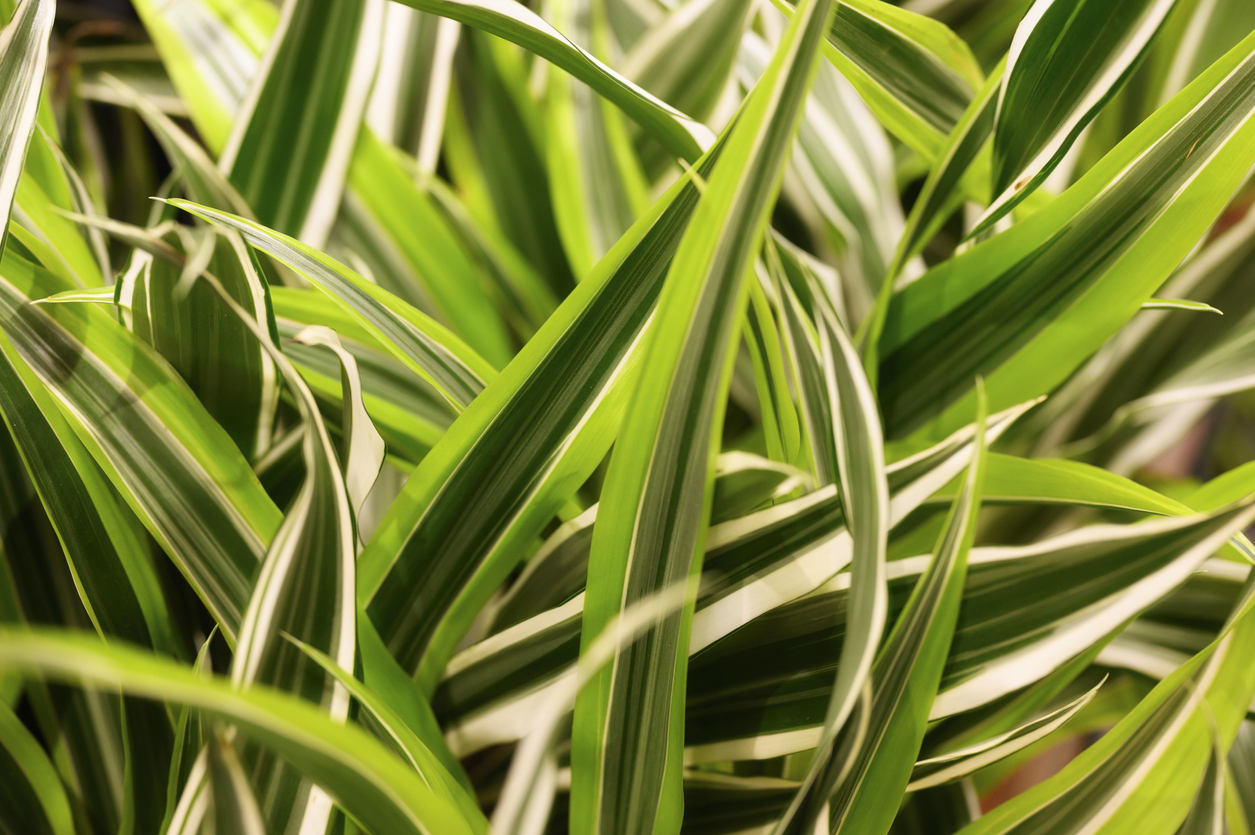 The Dracaena Lemon Lime is a glorious perennial native to Africa with luring selling points that are quite worth your attention perhaps because it remarkably resembles its close cousin, the Janet Craig. With a glowing and striped variegated foliage, the Lemon Lime brings nothing but a poised impression to your indoor space. 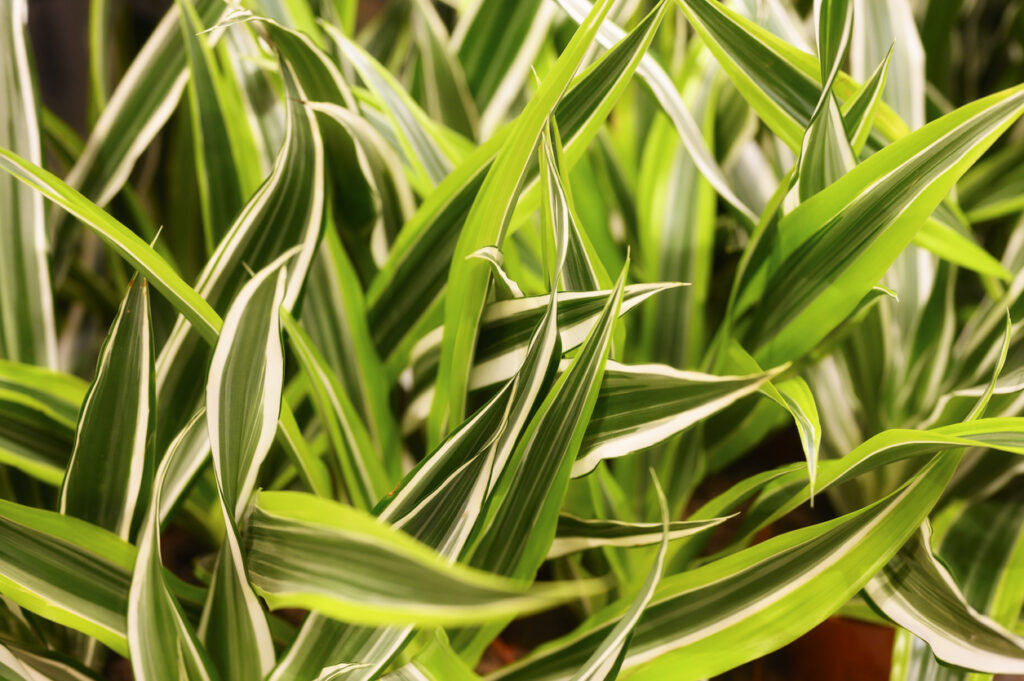 This cultivar isn’t coined to the ordinary solid green color you’ll find on most other Dracaena varieties. For decades and beyond, it has been grown around Asia and North America. Read on to find out how to grow and care for this picturesque houseplant.

More About the Dracaena Lemon Lime

This African native cultivar is one among many other pleasing varieties that belong to the Asparagaceae family. Many Dracaena varieties aren’t obsessed with growing overly tall. The Warneckii Lemon Lime, to be exact, is a mid-sized houseplant with the potential to reach between 4” to 6” feet tall during its maturity phase. Even so, don’t be surprised to see it sprout beyond 20” feet tall. Other names it commonly goes by are:

One cracking feature you can’t miss to spot on this variegated houseplant is its brightly illuminated foliage made of corn-like leaves that have a delightful striped pattern and a dense-green color. The leaves are about 2’ feet long and the plant rejuvenates itself with newer ones as the older ones weaken and die off over time.

For some time during its tender years, this perennial seems to develop as a petite and thick perennial but as maturity slides in, the leaves become broader and sturdier. The leaves of the dracaena lemon lime grow off thick stems and later form a rosette that fans out its blissful appearance.

If you’ve been growing any Dracaena variety in your garden, say, for close to a decade, then you’re probably aware that it hardly produces flowers. One thing to note if you’re looking to grow your Lemon Lime plant indoors is it rarely blooms while inside a container. A few white flowers might show up during summer, but that would be accelerated by making certain that it gets enough bright indirect light.

It’s inversely worth noting that direct exposure to the UV rays will scorch the leaves and slim any chances of your Dracaena blooming. And for those Dracaena varieties that do, blooming might take up to 7 years to occur. So, just in case you’re longing to nurture and see your Dracaena bloom up a few flowers, you might need to wait till the plant is about 6” feet tall.

Usually, the flower stalks emerge from the middle part of the leaf whorl and in other instances reach up to 3” feet long right after the plant has clinched a firm base on the ground. As the stalks grow taller, they’ll begin to bend downwards since they’re made of feeble tissues that can’t intensely withstand the pull of gravity. Don’t avidly expect any fragrance to be produced by the flowers.

For such kind of a perennial, we recommend using loose and well-aerated soil so that water can drain a bit faster. Although the Dracaena Lemon Lime is a low-maintenance plant, it needs a potting mix that’s composed of compost matter and some bits of coconut coir, to make the soil structure far less prone to fungus gnats and a bit denser when it comes to the nutrition requirements.

Placing lava rocks at the base part of the potting soil would help the drainage holes let out excess water far much easier. While this plant has a fitting potential to outgrow its initial container over time, you’ll need to transplant it into a bigger growing pot. It’s quite convenient to pick a growing medium that’s about 2” inches wider than the initial container.

Before getting started with the transplanting exercise, water your Lemon Lime plant evenly while it’s seated in its original pot to make it loosely attached to the soil. Here are a few handy tips to observe when repotting your Dracaena:

While growing under conditions which they’re accustomed to, Dracaena varieties tend to turn out as drought-resistant plants that adamantly keep on filling out space inside the medium even under acute neglect. And due to this eccentric nature, they’re quite largely intolerable to a high level of watering. Overwatering your Lemon Lime plant causes the leaf tips to turn pale. Ultimately, most of the leaves will turn brown if you keep on drenching the soil without sticking to a stretched-out watering pattern.

The leaves are also prone to chemicals such as fluoride and chlorine, so you need to consider using clean water on your houseplant. Summer and spring are usually the predominant growing seasons for many houseplants, including the Dracaena Lemon Lime. For this reason, it’s best to feed your plant with slow-releasing and soluble fertilizer every once a month during these two seasons, especially if you’re looking to own a houseplant with radiant foliage throughout the year. Avoid feeding your plant during winter or fall since freezing conditions make the cell walls used to absorb nutrients numb and less active.

With USDA hardiness zones 10 through 12, it’s quite discernible that the light requirements for Dracaenas aren’t quite stringent, compared to those for other houseplants. To make your Lemon Lime own vibrant and absorbing color, place the growing medium under bright indirect light. Try to avoid direct sun rays.But while this plant prefers low light conditions, dark locations tend to make the leaves grow thin and have wrinkles that would be hard to repair.

Too much light on the other hand causes the leaves to fade and have burned patches. Keep the growing medium under room temperature ranging between 21°-24 °C. During winter, the plant might survive when the temperature is slightly under 12°C, but not for too long.

One of the most dominant exercises when it comes to grooming and maintaining your Dracaena Lemon Lime would be plucking off the lower leaves which tend to droop as they age. If you’ve placed the container near a window, make sure to dust your plant off using a wet cloth every so often. Prune stems that appear not to hold any leaves. You also want to get rid of leaves with brown tips or patches to make the plant look more graceful and appealing. Sterilize the tools you’ll use to groom your plant using Isopropyl alcohol to avoid infecting it with diseases.

Most Dracaena varieties fall sick when growing in soil that stays wet for too long. If you fail to keep up with the moderate light, moisture, and temperature conditions, the leaves may begin to have white or yellow spots emerging around the tips. The Dracaena Lemon Lime is also prone to excess fluoride concentration that’s most often found in the potting soil or water. While preparing the potting mix, you want to avoid using amendments such as perlite or superphosphate which are more likely to contain fluoride. 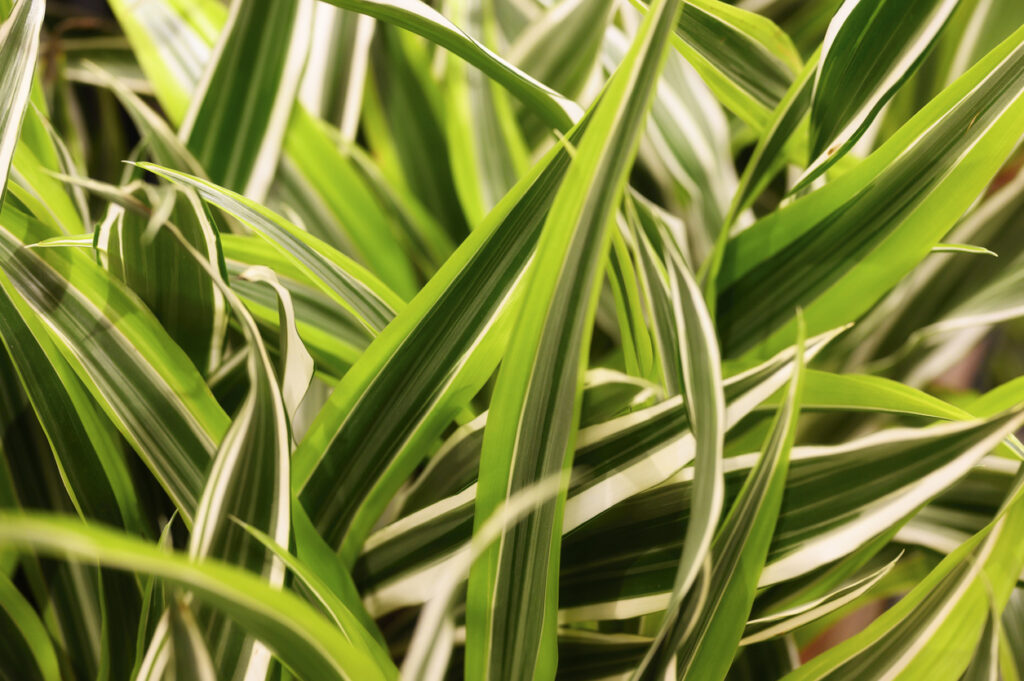 High fluoride toxicity levels cause the leaves to turn brown and the yellow borders to fade off. Your Lemon Lime might suffer from brown rot that produces a foul odor due to overwatering. Overhead watering also causes your houseplant to struggle with fungi infestation and the younger leaves will subsequently begin to have reddish spots on the base parts. You also want to watch out for common pests such as spider mites and mealybugs.

Is the Dracaena Warneckii Toxic?

The sap from the leaves and stem parts of this plant contains a toxic element known as saponin which is also found in a couple of other popular members in the Agavaceae family. While saponins can help humans with digestion when used in small amounts, they’re toxic to cats and dogs when ingested. Your pet may begin to exhibit symptoms such as weakness, drooling, vomiting, diarrhea, and depression. Place the container in a spot that’s hard for kids or your playful pet to reach. People who are overly sensitive or allergic may experience skin irritation after coming into contact with the sap from the leaves or stems of the Dracaena houseplant.

How to Propagate the Dracaena Warneckii Lemon Lime Plant

Learning how to propagate your Dracaena Lemon Lime plant isn’t a fussy exercise. One of the most facile ways to propagate your Dracaena is using stem cuttings. It’s also possible to use seedlings but it might take years for them to develop into fully matured houseplants. You can also use top cuttings from the healthy parts of the mother plant to produce newer and excelling breeds. And to get over with this exercise, you only need to:

Dracaena varieties are ranked among the top tier houseplants used for air purification. You Lemon Lime will help you get rid of gases with toxic elements such as benzene, formaldehyde, toluene, carbon dioxide, and trichloroethylene. Such harmful chemicals have been linked to causing health problems to humans including anemia, respiratory issues, and headaches. Besides being a low-maintenance houseplant, it absorbs lead particles in the air and water. Lead poisoning can cause life-threatening issues to humans, so adopting many Dracaena varieties in your home is really worth the grit.

Dracaena Warneckii: How to Care For The Striped Dracaena Houseplant

5 Best Lime Tree Varieties to Grow in Your Garden