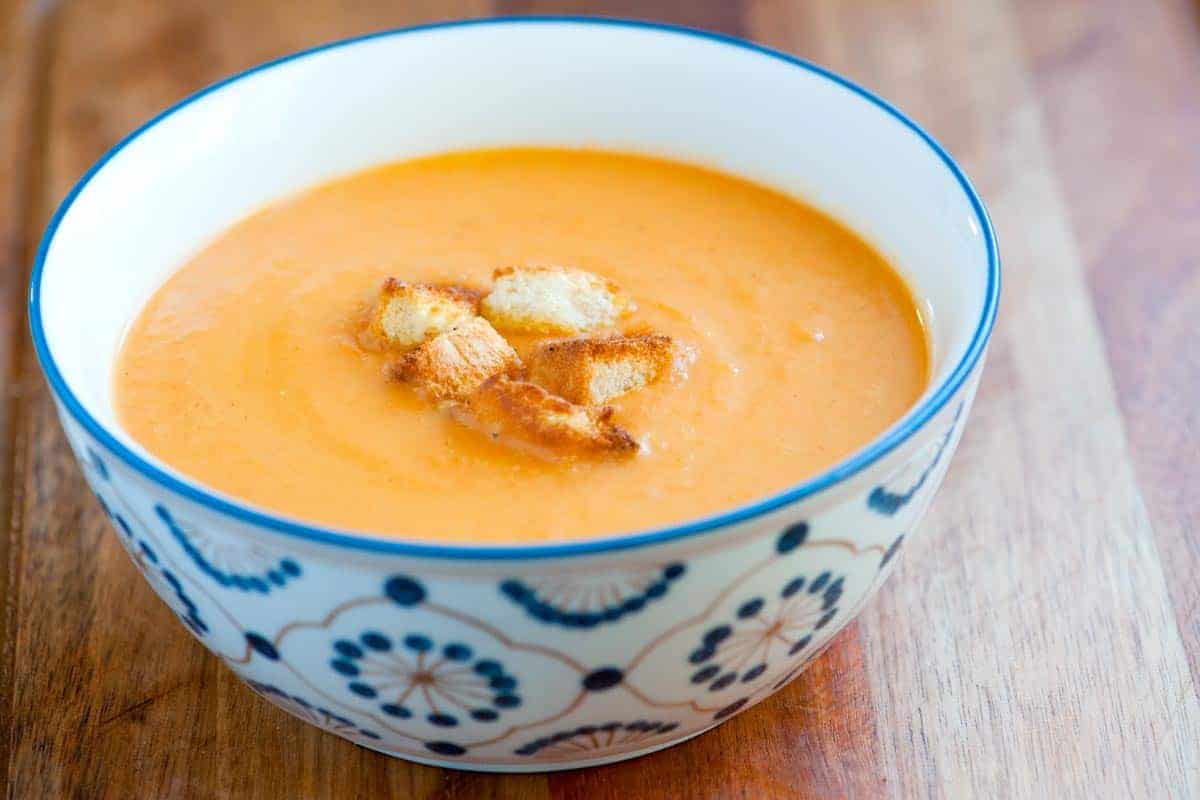 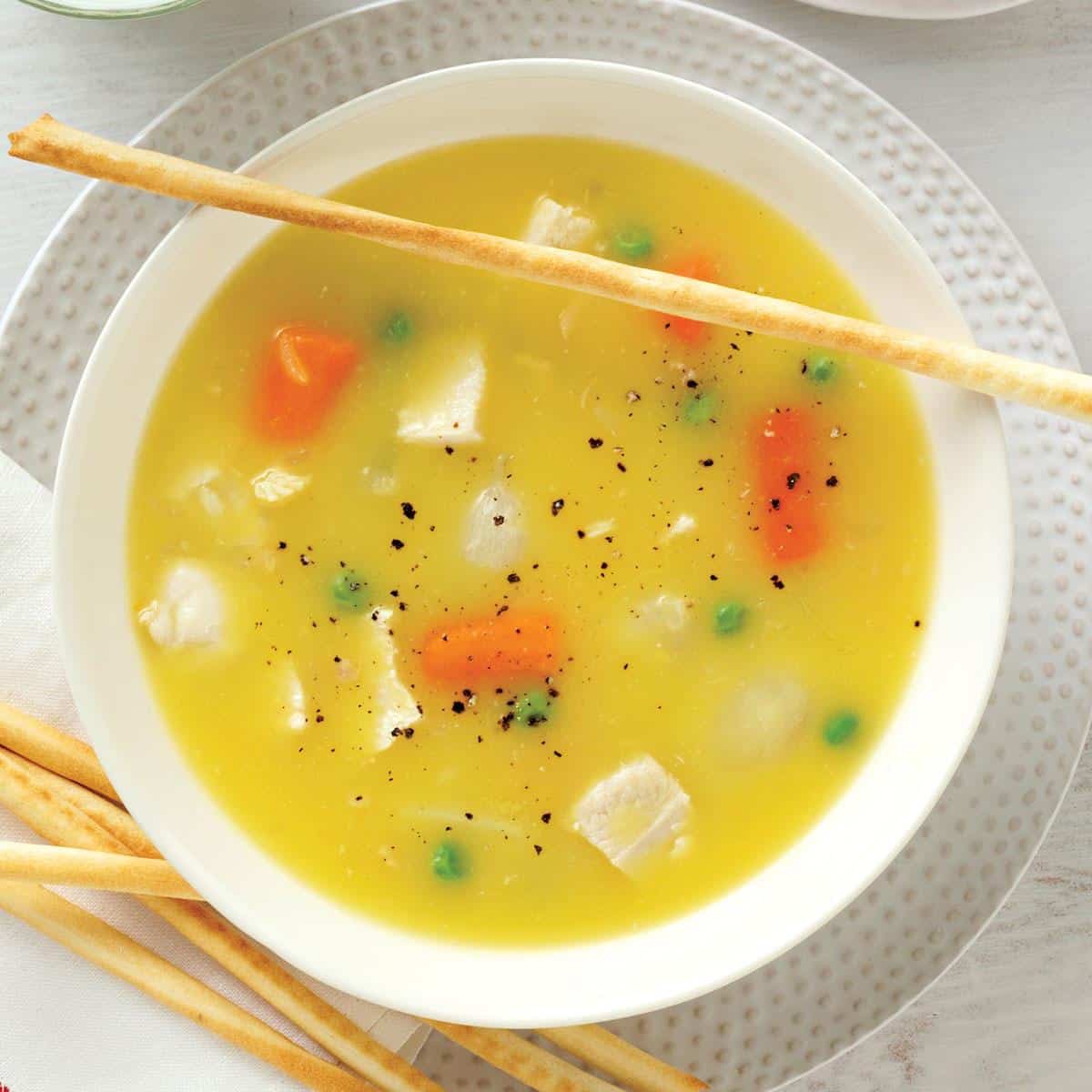 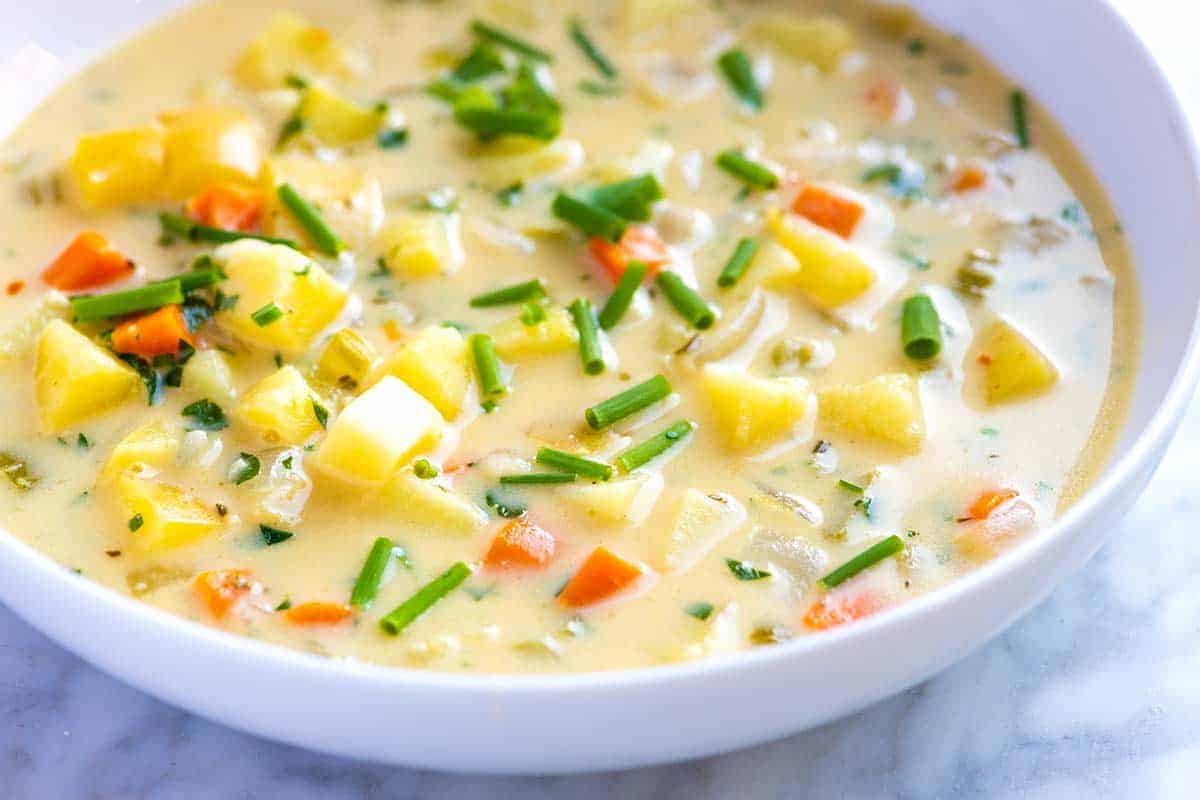 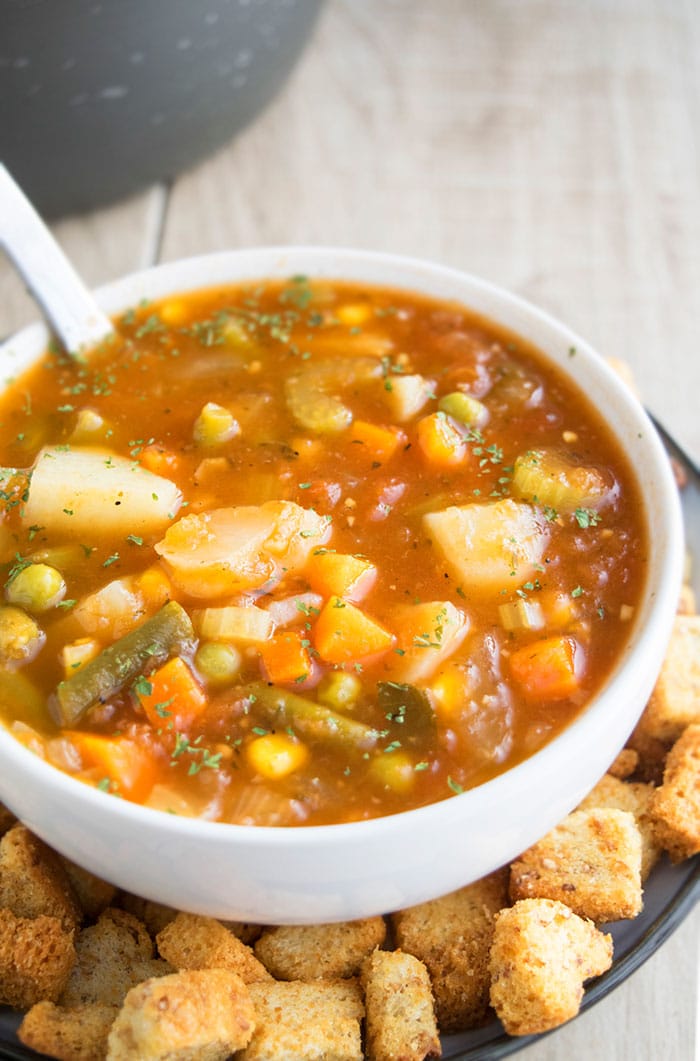 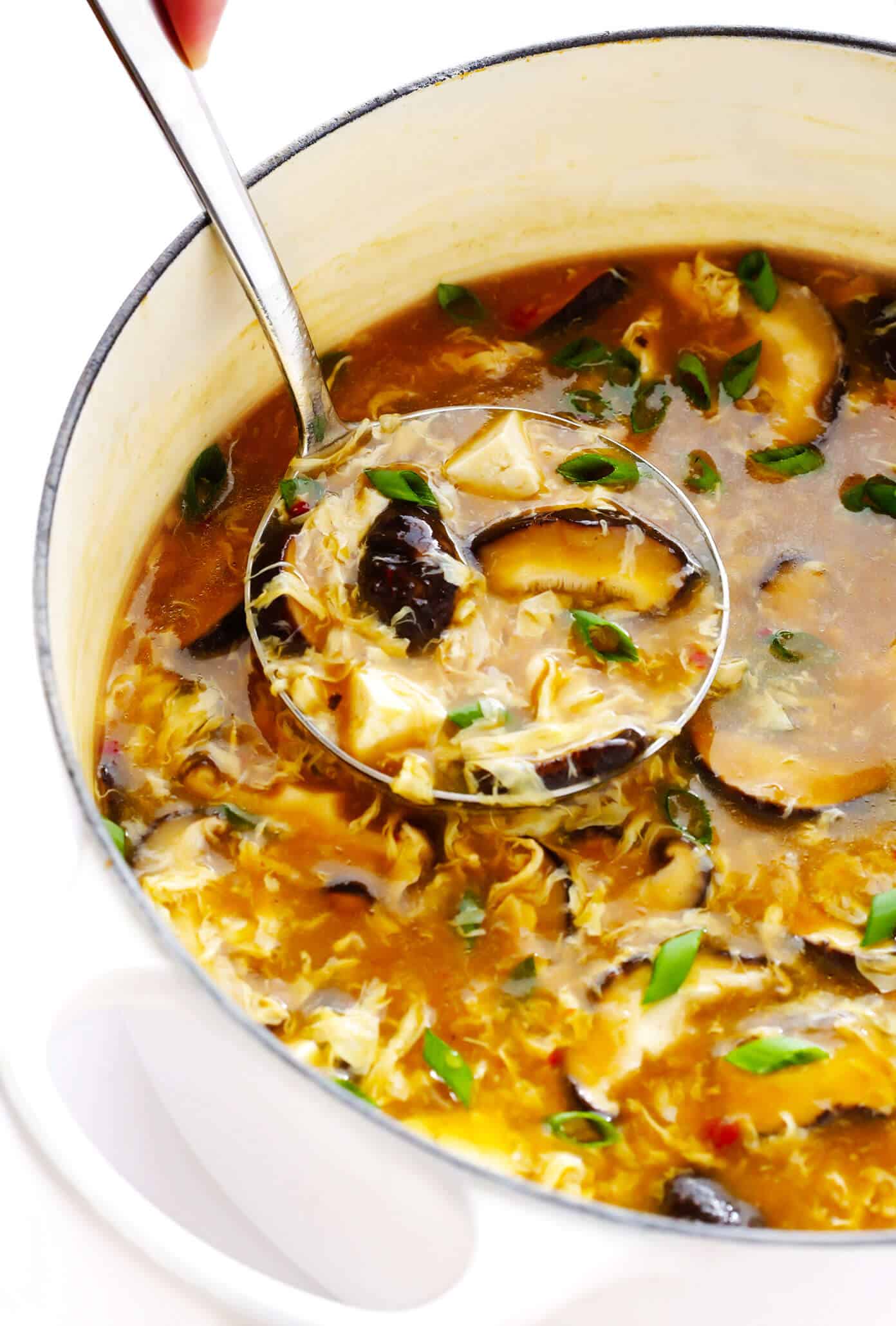 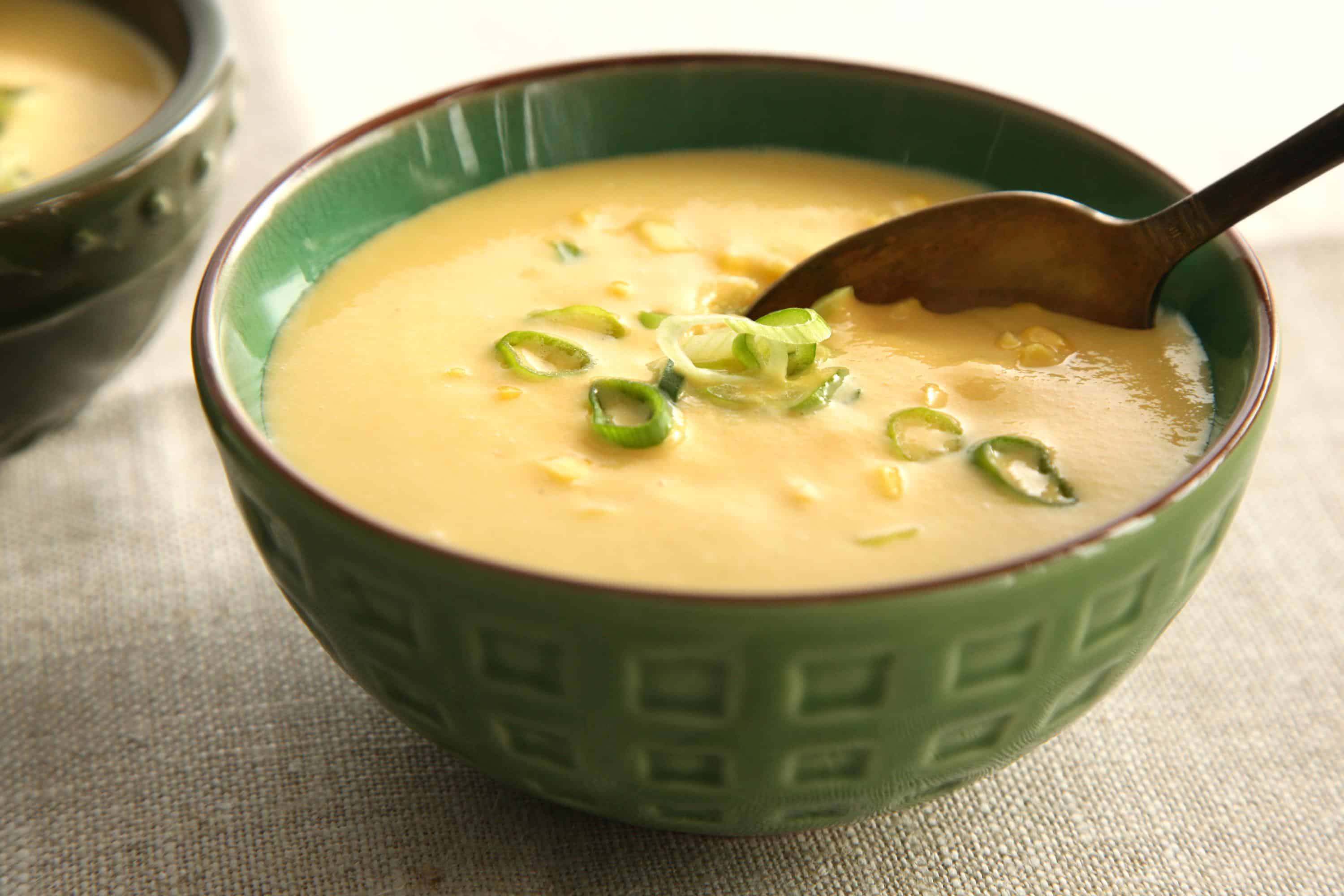 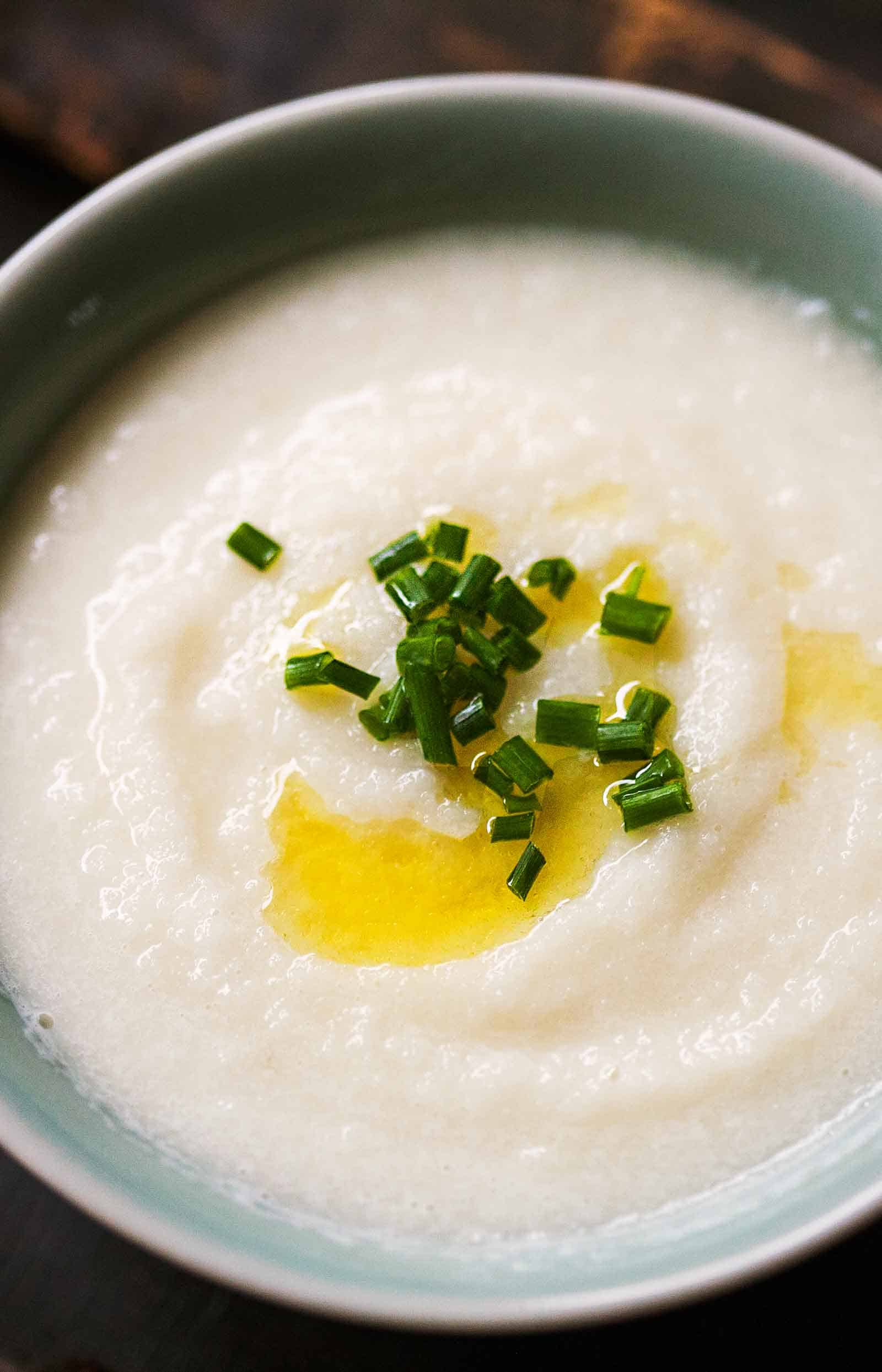 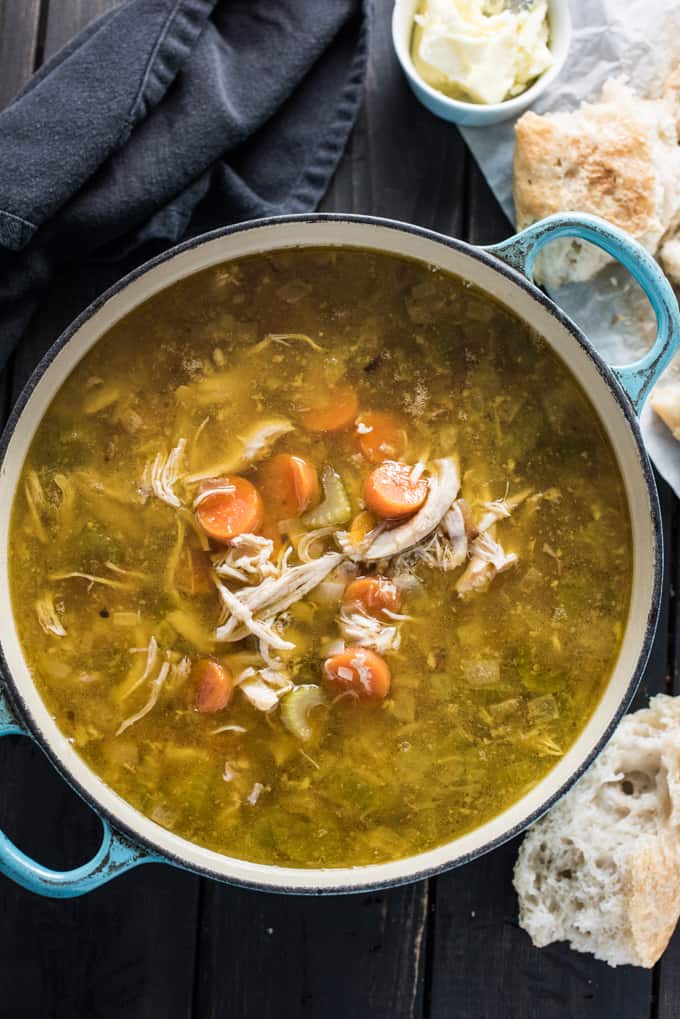 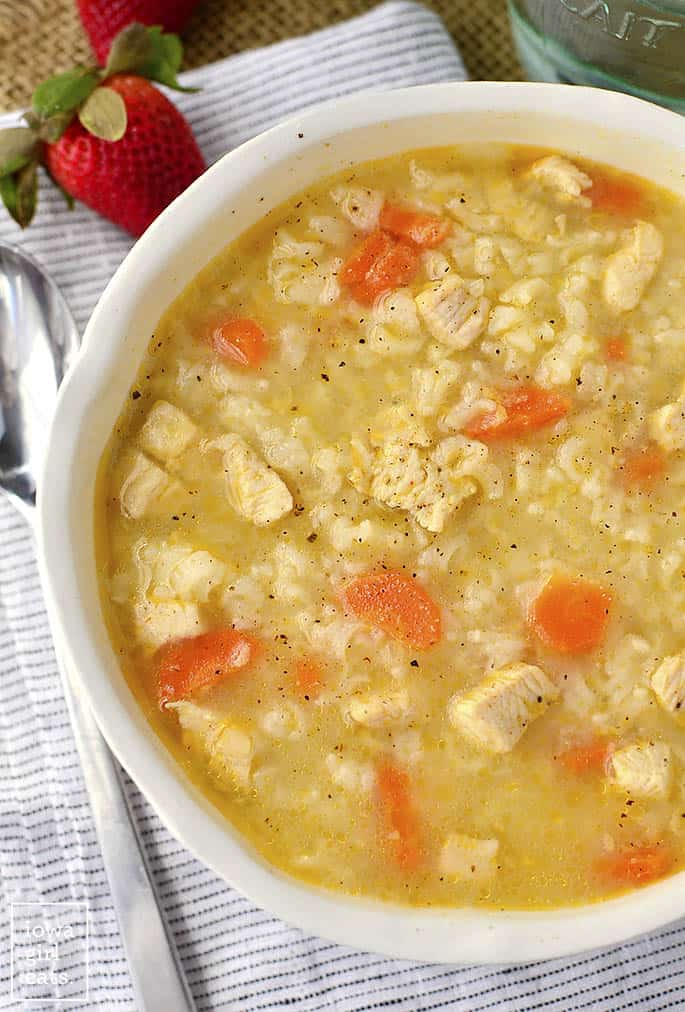 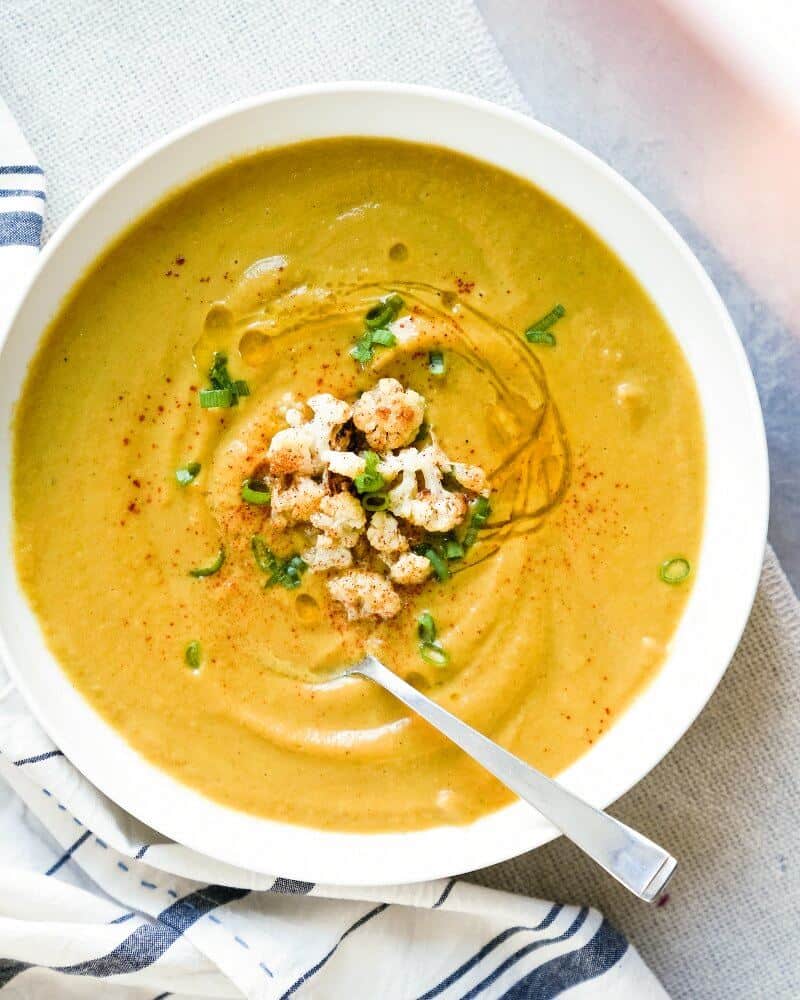 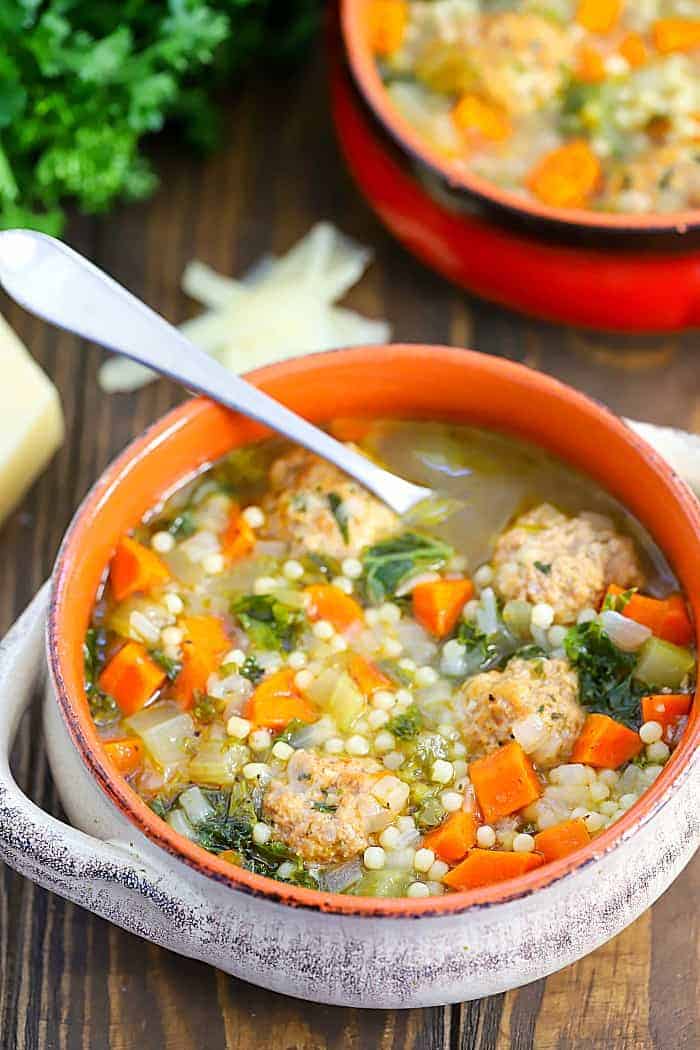 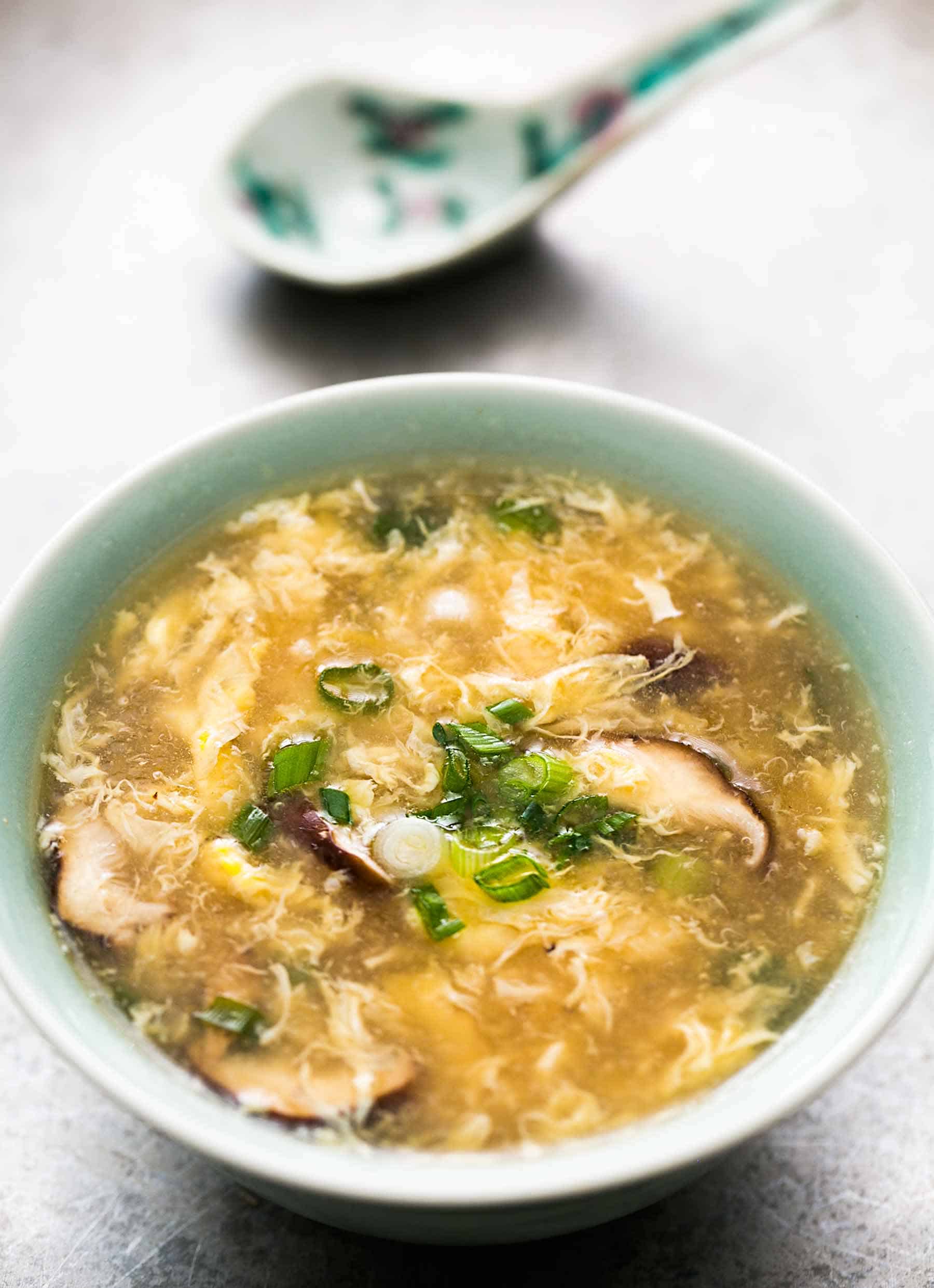 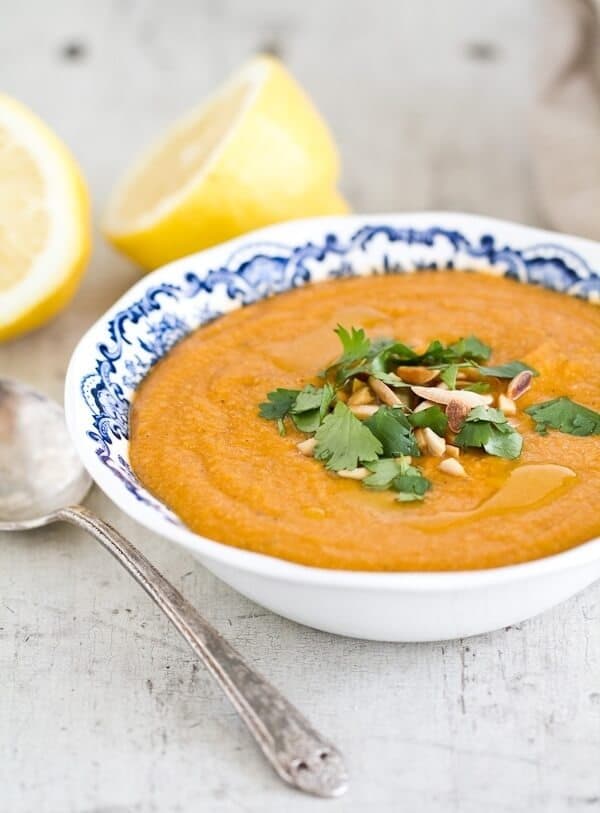 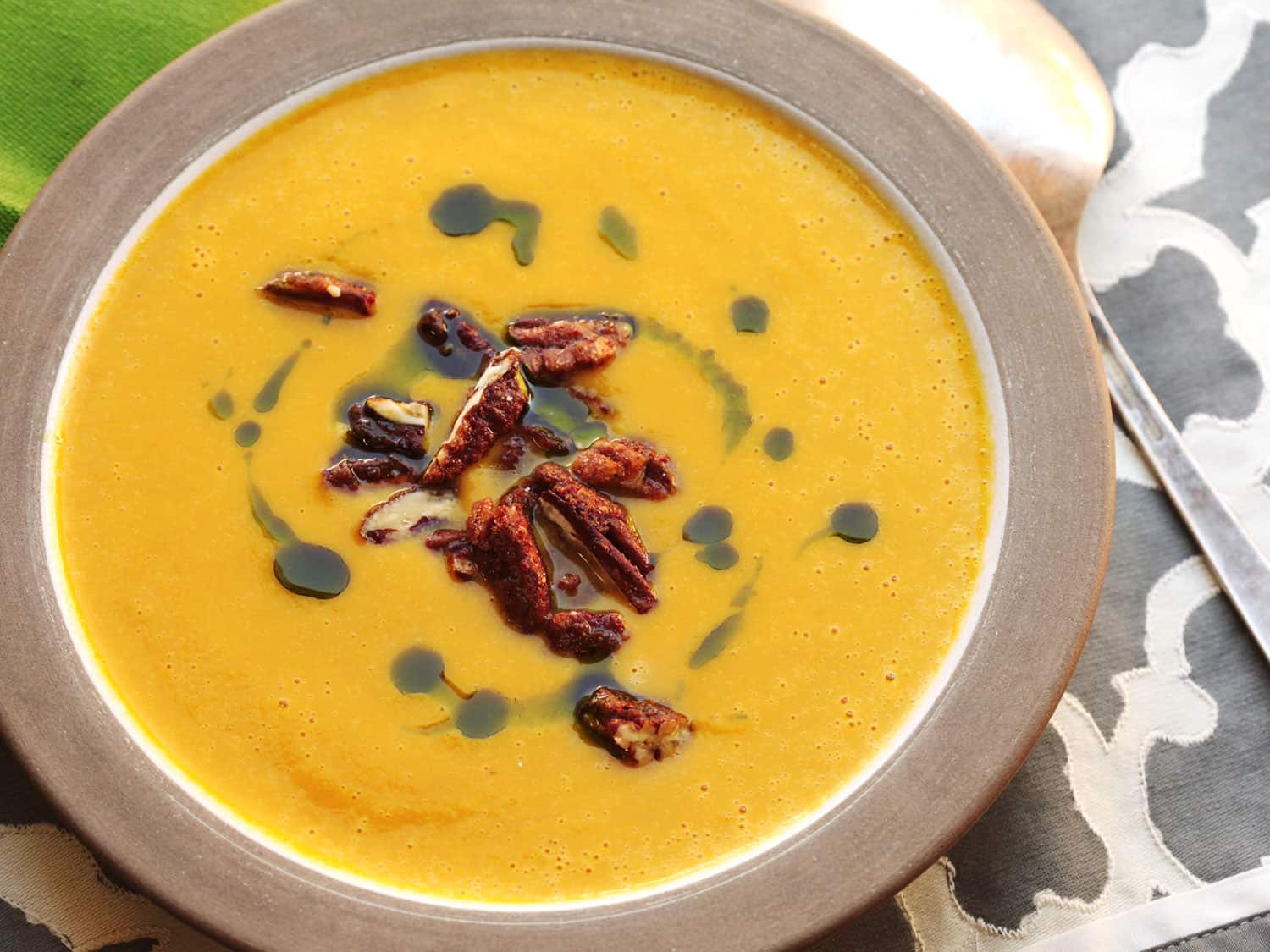 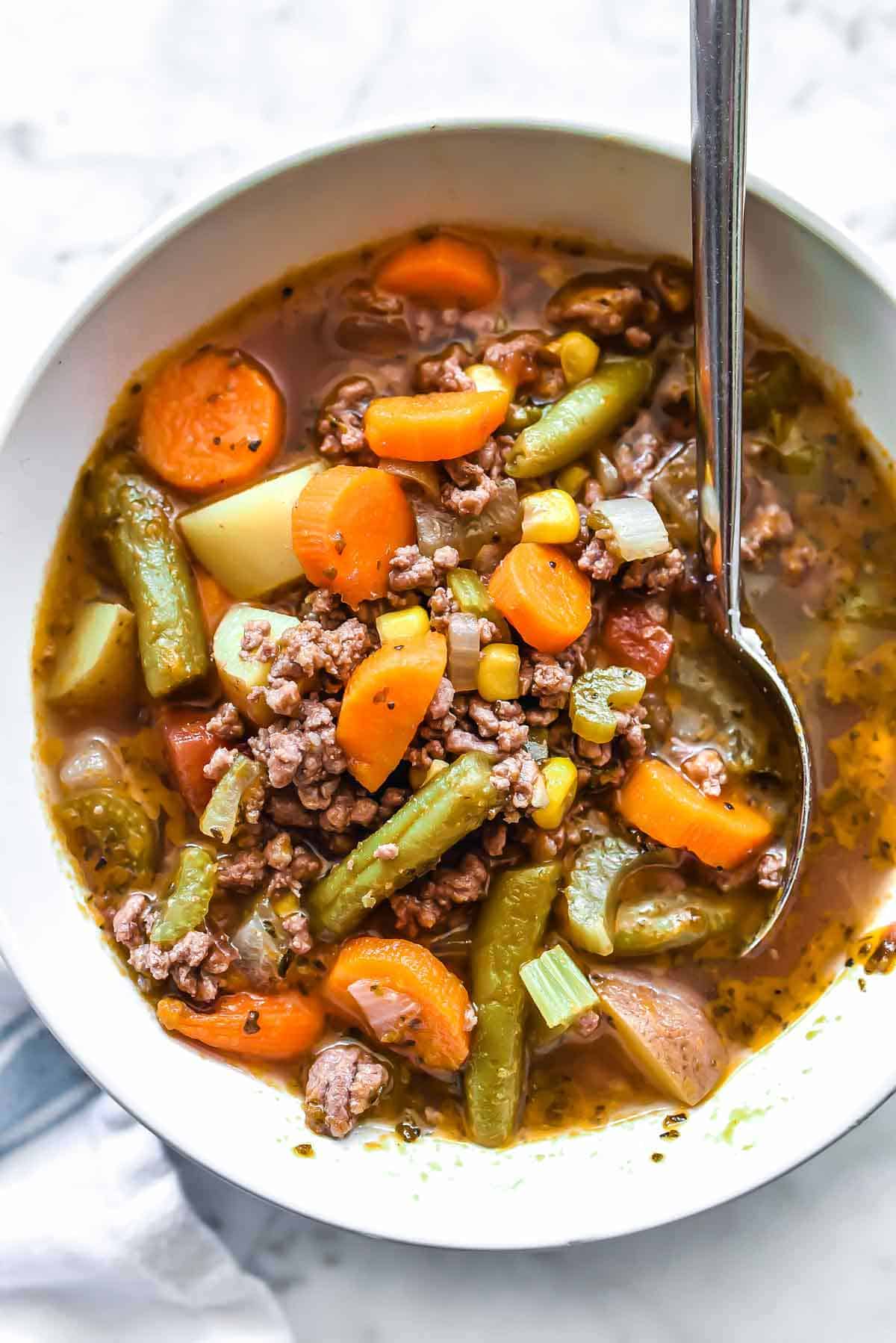 Even though we’re avid kitchen enthusiasts who love cooking, there are just certain dishes we don’t really enjoy making specifically, even if we absolutely love eating them. On the other hand, there are other dishes that we really like the steps of creating despite the fact that it’s not our favourite food. When it comes to soups, however, we adore making and eating them equally. There’s just something so satisfying about both of those things! We’ve been trying to get our kids in the kitchen and cooking with us more and more lately, so we’re always keeping our eyes peeled for easy soup recipes that are fun to make, delicious to eat, and simple enough to put together that the kids can help us out.

Now, don’t get us wrong; we adore a hearty chopped and chunky soup just as much as the next person. There’s just something about smoothly blended cream soups, however, that really takes the cake for us! That’s probably why this quick and easy cream vegetable soup from Inspired Taste was such a big hit in our house.

Perhaps you’re actually a beginner in the kitchen and you’re new enough to the whole making soups from scratch thing that you’re finding yourself in need of some guidance when it comes to some of the basics? In that case, we think you simply must take a look at the way Taste of Home made this quick, easy, and tasty chicken soup that’s perfect for when you’re feeling a little under the weather.

What if you’re a big fan of both chunky and creamy soups and you’re kind of having trouble choosing between the two when it comes to which one you’ll make a big batch of this week? Well, thanks to this recipe from Inspired Taste, you don’t actually have to choose! We love their easy, creamy homemade potato soup filled with chunks of carrot, celery, and golden potato more than we should even admit.

Just in case you love one-pot dinners just as much as we do, if not more, here’s a delicious tutorial from One Pot Recipes for making a vegetable soup that’s basically exemplary in its super easy nature! All you really need to make it is one single pot and they even guide you through suggestions for yummy veggie combinations according to what you might have in your fridge.

If you’re going to go to the trouble of making even the easiest homemade soup from scratch, would you much prefer to make something inspired by your favourite Asian cuisine recipes than anything else? Well, if you’ve ever been a fan of spicy foods then we think you’re going to adore the way Gimme Some Oven made this delicious but super easy hot and sour soup.

Did we really catch your attention when we started talking about deliciously blended vegetable based soups but you’re convinced you’d like the idea even more if the recipe had a bit of a kick to it? Then perhaps you’d get along better with this chipotle corn soup from Chow Hound that has a slight bit of spice amongst its perfect texture!

Just in case you’re still not over the blended soups idea but you’re also the kind of person who prefers to enjoy one vegetable at a time, here’s another deliciously smooth and nutritiously easy recipe from Simply Recipes! They guide you step by step through the process of making a blended cauliflower soup that’s the perfect healthy comfort food.

Did we really catch your attention when we started talking about the idea of making a lovely homemade chicken soup that just about anyone would find comforting but your family have actually always preferred turkey to chicken whenever possible? Then we think you just might get along a little better with this delicious but simple homemade turkey soup outlined step by step on The Endless Meal!

Are you totally find with the idea of making a yummy chicken soup but you’re also the kind of person who gets hungry easily and you’re really looking to full up? In that case, we’d definitely suggest taking a look at the way Iowa Girl Eats made this delicious chicken and rice soup that has a little more substance to it!

Just in case the idea of making a cauliflower soup really appealed to you but you’re just not sure that the previous recipe has quite enough flavour in it for you, here’s an alternative that’s similar but with a little more kick! We’re actually kind of obsessed with the way A Couple Cooks made this Moroccan spiced cauliflower soup and we’ve made it several times now.

If you’re going to make a whole soup from scratch, even in an easy way, would you actually prefer to make a kind that you’e only ever tried in restaurants before and have been wanting to try at home for a while? Well, that’s precisely how we felt about this fantastic but simple Italian Wedding soup outlined step by step on Yummy, Healthy, Easy.

did we really catch your attention when we started talking about the idea of making hot and sour soup because you do love Asian cuisine but you’ve also never been great with spicy food? In that case, we have a feeling this simple egg drop soup outlined in detail on Simply Recipes might be right up your alley! It really does only take 15 minutes to make.

Just in case you’ve been scrolling through our list trying to collect as many simple blended soup ideas as possible, here’s another one for your storage of ideas and option! We’ve always loved lentil soups of any kind, but the texture of this particular blended, creamy red lentil soup featured on A Couple Cooks is simply irresistible.

Now that you’ve seen all different kinds of soups with unique ingredients are you actually more convinced that you’d rather make a classic that’s just a little easier than some other recipes you’ve tried before? In that case, we think you’ll get a real kick out of the way Serious Eats made this quick and easy stovetop butternut squash soup that tastes just as good as any others we’ve tried.

Just in case you’re still thinking about the idea of making a good, chunky vegetable soup but you just don’t think it will quite be hearty enough for you without some meat in it, here’s a fantastic idea from Foodie Crush! Their recipe walks you through the process of making an easy hamburger vegetable soup that gives you all the delicious beef you could want in a broth.

Do you have another favourite super simple soup recipe that’s always a huge hit in your house and that your family loves but that you don’t see here on our list? Tell us all about it or link us to the recipe in the comments section so we can try it out as well!