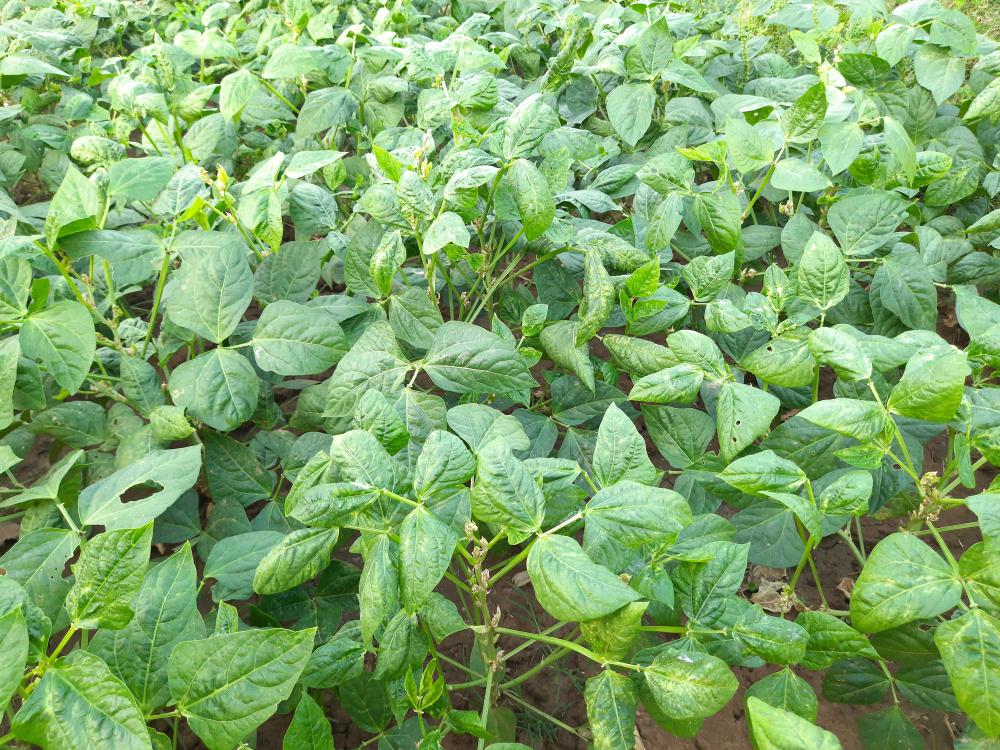 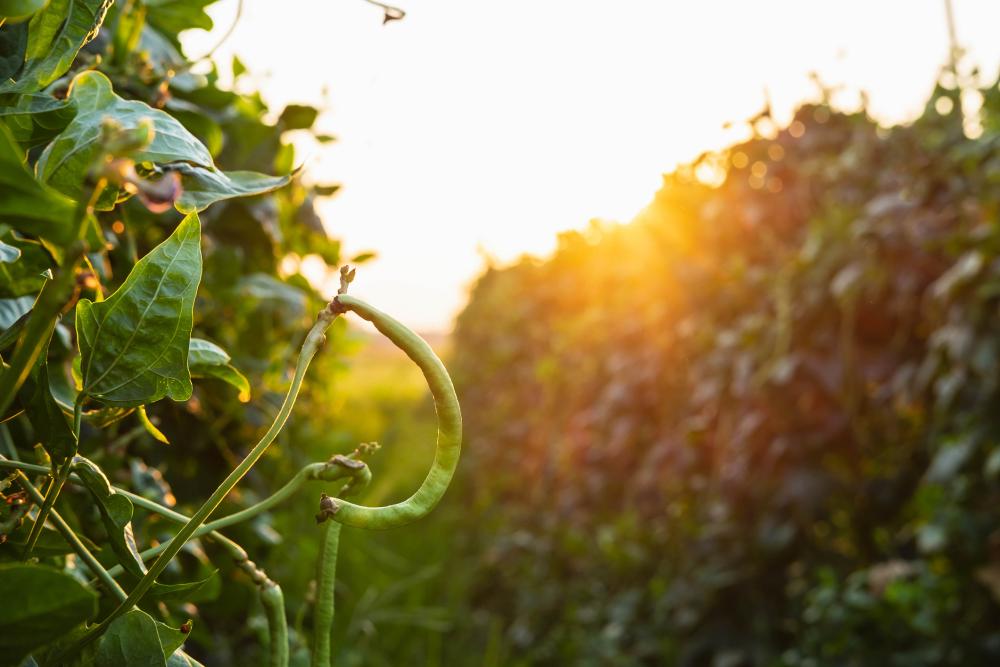 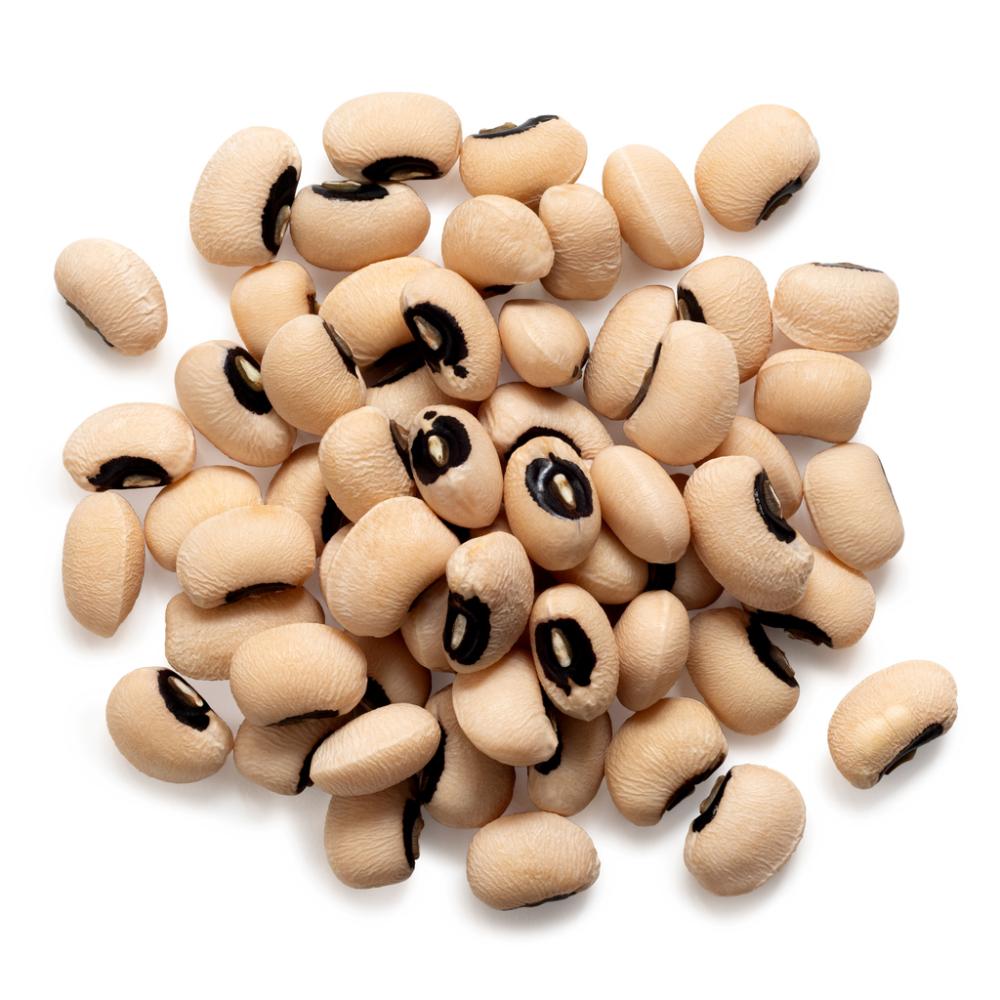 Black-eyed peas are as American as apple pie. Or so some people would have us believe. A staple food of the country’s southern parts, this legume has come a long way from its origins in Africa. A descendant of cowpeas, black-eyed peas is a nutritious plant with a long shelf life that is easy to cook and store. Whether you were crossing the Atlantic or traveling down the Oregon Trail, you needed hardy beans that resisted mites, humidity, and rot to keep you sustained throughout the long journey.

And black-eyed peas were just the right food for those pioneers as much as it remains the favorite dish in the South. What’s more, these legumes are easy to grow, thrive on little watering and few nutrients in the soil, and have a reliably decent crop every year. Read on to find out how to grow this All-American legume in your garden.

All About Black-Eyed Peas

Some things in life, if you like them, you put a ring on them as Beyonce advises; others, however, if you like them, you put them in a pot and cook them. Black-eyed peas (Vigna unguiculata) belong to the latter category. With so many edible parts and ways to cook, the legumes won the hearts of generations all over the world. Not to mention that it’s a tradition in the South to eat the legume on New Year to bring luck and prosperity.

A member of the Fabaceae family, black-eyed peas, or black-eyed beans as some people prefer to call them, are herbaceous annuals that take up to 100 days to mature. But you don’t have to wait all that time to eat the delicious beans. You can eat the leaves, or eat the young pods as snaps. If you wait a little longer, you can shell them and cook the semi-hard beans in soul food and stews. Finally, if left on the plant, the beans become dry and ready to store for months on end.

Hardy to zones 5 to 11, the legume has many cultivars. The cultivars fall under two types: determinate and indeterminate. The main difference between the two types is that determinate varieties all produce the crop at the same time and you can harvest it once. But indeterminate types keep producing pods throughout the season with many harvests.

While black-eyed peas are themselves a subspecies of cowpeas, they don’t have many cultivars. This is surprising since the legume is quite popular in many cuisines around the world. Maybe there was little room to improve on the work of Mother Nature here. Still, if you look hard enough, you can find some cultivars such as.

Besides the obvious use as a staple food, black-eyed peas have surprisingly more benefits both for the soil and other plants growing with it. But that’s not all. This versatile plant has also been valued for its medicinal properties.

How to Grow Black-Eyed Peas

As with many legumes with edible seeds, those very seeds are the best way to start the plant. With an abundant crop, you can set aside some mature and dried black-eyed peas to grow the next season. This means that once you grow the legume in your garden you won’t have to purchase seeds ever again. Unless you’re not satisfied with the variety you have and want to try a different cultivar. But for the most part, you can keep growing the legume indefinitely in your garden. Here’s how to start this delicious plant from seeds in easy steps.

Although there are a limited number of varieties of black-eyed peas, they all require the same care and maintenance. Providing support is crucial for these legumes since the vines tend to crawl on the ground which poses a risk on the pods. You can grow the climbing plants alongside corn where they both benefit from each other. The corn stalks provide support for the vines while the black-eyed peas fix nitrogen in the soil.

Black-eyed peas don’t require a special type of soil. As long as the soil is rich and well-drained, it will do fine. However, you’ll need to amend the heavy soil type to make it looser and improve its texture. This makes it well-drained and helps the legumes develop their root systems quickly. Soil pH should be slightly acidic at best. Neutral pH levels will also do but you need to avoid getting the soil too acidic or alkaline. Mulching can increase the acidity of the soil when the bacteria break down the organic materials. So you’ll need to test the soil regularly to make sure the pH readings are between 5.8 and 6.8 at all times.

Since the black-eyed pea gets its nitrogen needs from the air and deposits the excess into the soil, you don’t need to use nitrogen-high or even balanced fertilizers. Many experts recommend that you use zero-nitrogen fertilizers to feed the legume. Excessive nitrogen in the soil could impact the flowering and productivity of the plant. You can also use organic compost and aged manure as a good alternative to chemical fertilizers. Even before planting the seeds, you’ll need to add plenty of compost to the soil. And once the seedlings are growing, you can apply fertilizers once every 3 weeks. Water the plants immediately after every application.

As a hardy plant, black-eyed peas have a good tolerance for dry soil. But that’s no reason to subject the plants to long periods of drought since that will reduce the size of the crop and give the beans a bitter taste. The plants require the regular water quota of 1 inch per week especially once the flowers are blooming. Allow the top three inches of the soil to dry out completely between irrigations. If you get good rainfall, factor that into the water quota as well since the legume doesn’t like wet soil. Water the plants in the early morning before the sun gets hot but avoid evening irrigation which could lead to fungal infections. Aim low toward the base of the plant and don’t sprinkle water on the vines.

Besides the usual aphids and leafhoppers which target all legumes, you’ll also need to watch out for bean beetles and root-knot nematodes. The last two of those pests inflict the most damage on the plants. While the root-knot nematodes attack the roots of the plant and cause it to be stunted, the bean beetles feed on the leaves and stems which reduces the crop. Use neem oil spray to eliminate the pests above ground. As for the root-knot nematodes, there’s no treatment for them. Pull out the infected plants and rotate the legumes every 3 years.

Bean mosaic virus, Fusarium wilt, and powdery mildew are the three main diseases that you’ll have to deal with. The first two are quite serious and tend to spread rather quickly which proves catastrophic to the crop. Some cultivars such as Cream Elite Pea have high resistance to Fusarium wilt.

Once the vine develops lush foliage, you can start harvesting the leaves. The young leaves are tinder and have nice flavors compared to the older and more mature leaves at the base of the stems. But if you’re looking for the beans of the legume, you don’t have to wait for them to mature. Harvesting the pods starts as soon as they grow to about 3 inches long. These are snap pods that you can eat fresh or cooked. When the beans develop inside the pods, they too can be shelled and eaten soft. And finally, you can allow the peas to reach maturity on the plant where the beans become dry and hard. It takes the peas up to 100 days to reach full maturity.

Dry black-eyed peas are easy to harvest and store. They have a long shelf life and you can store them at room temperature for months.

Black-Eyed Peas Growing Problems And How To Fix Them