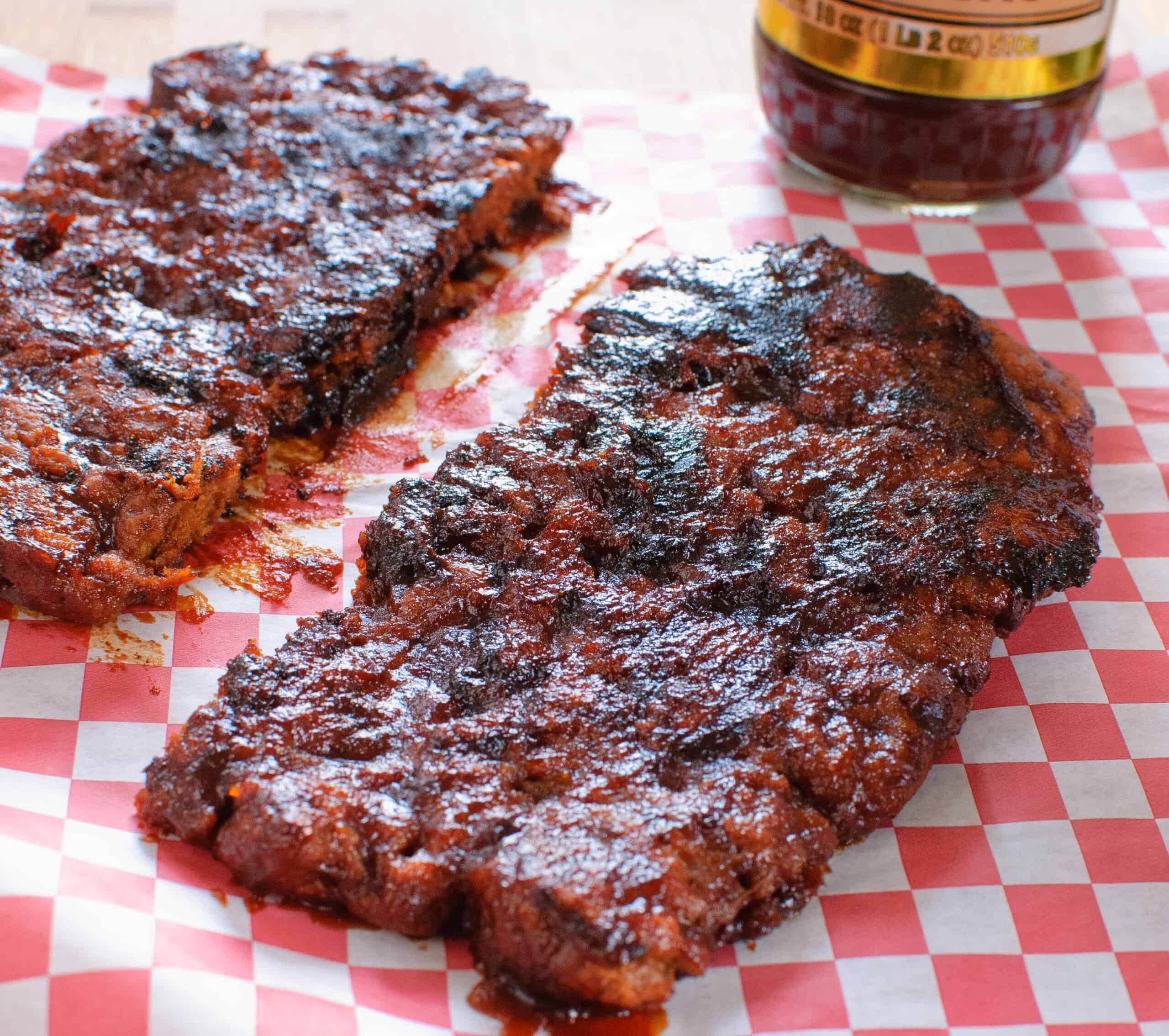 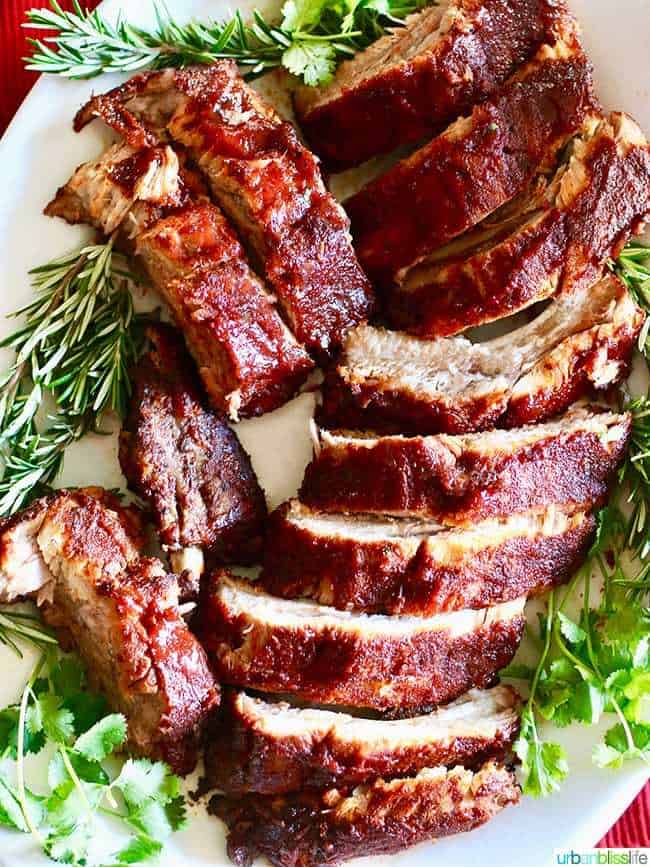 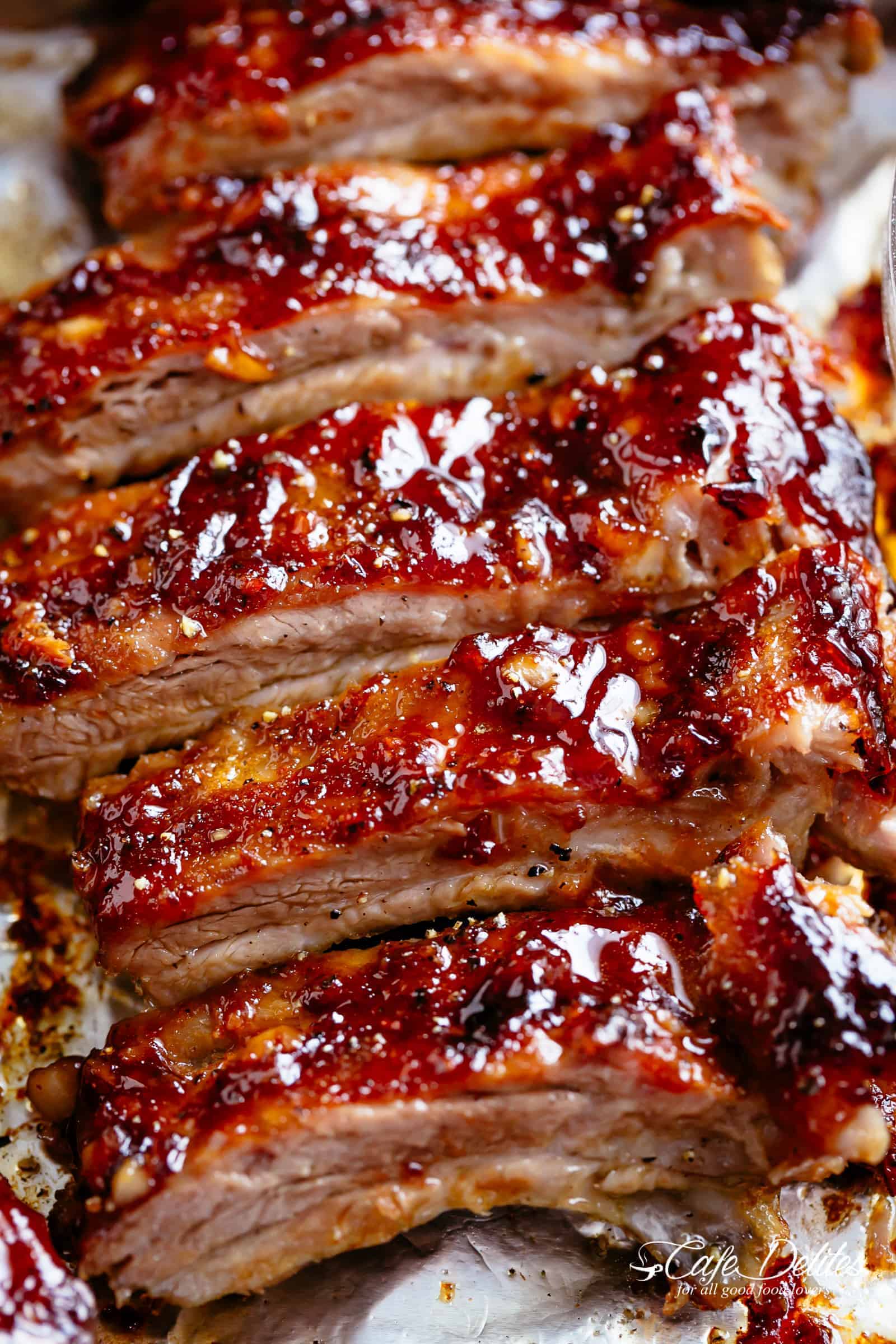 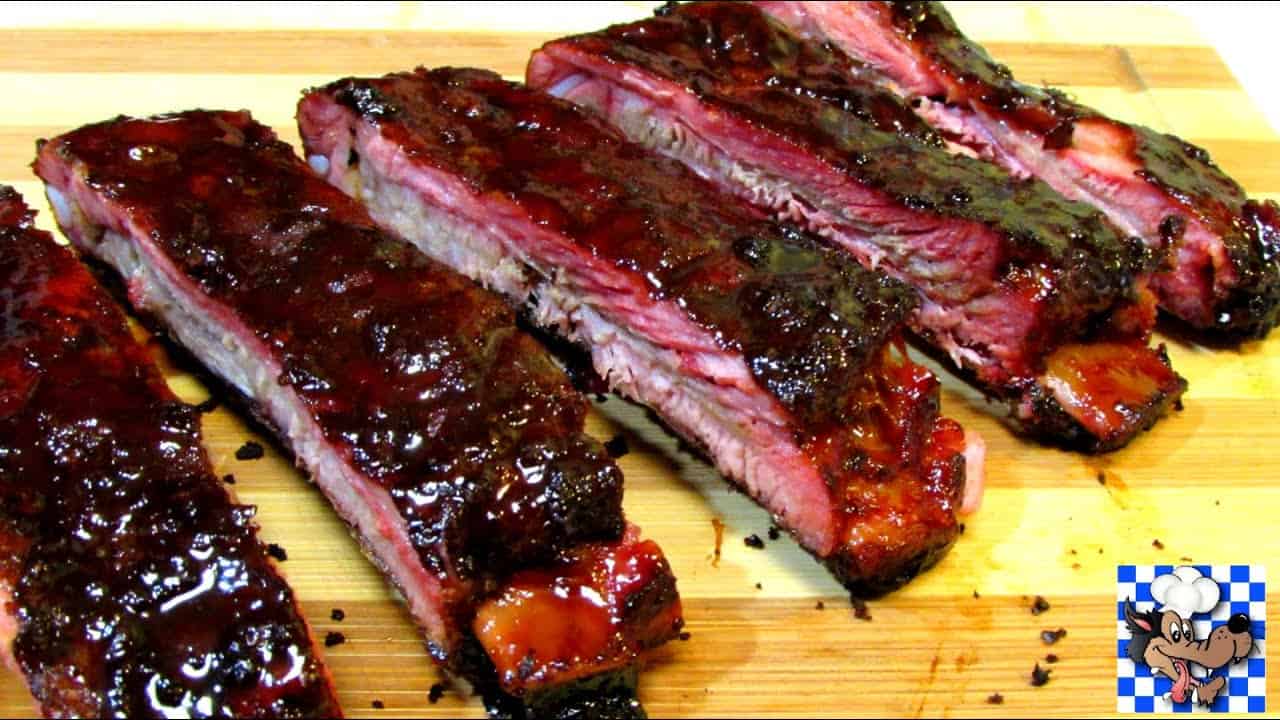 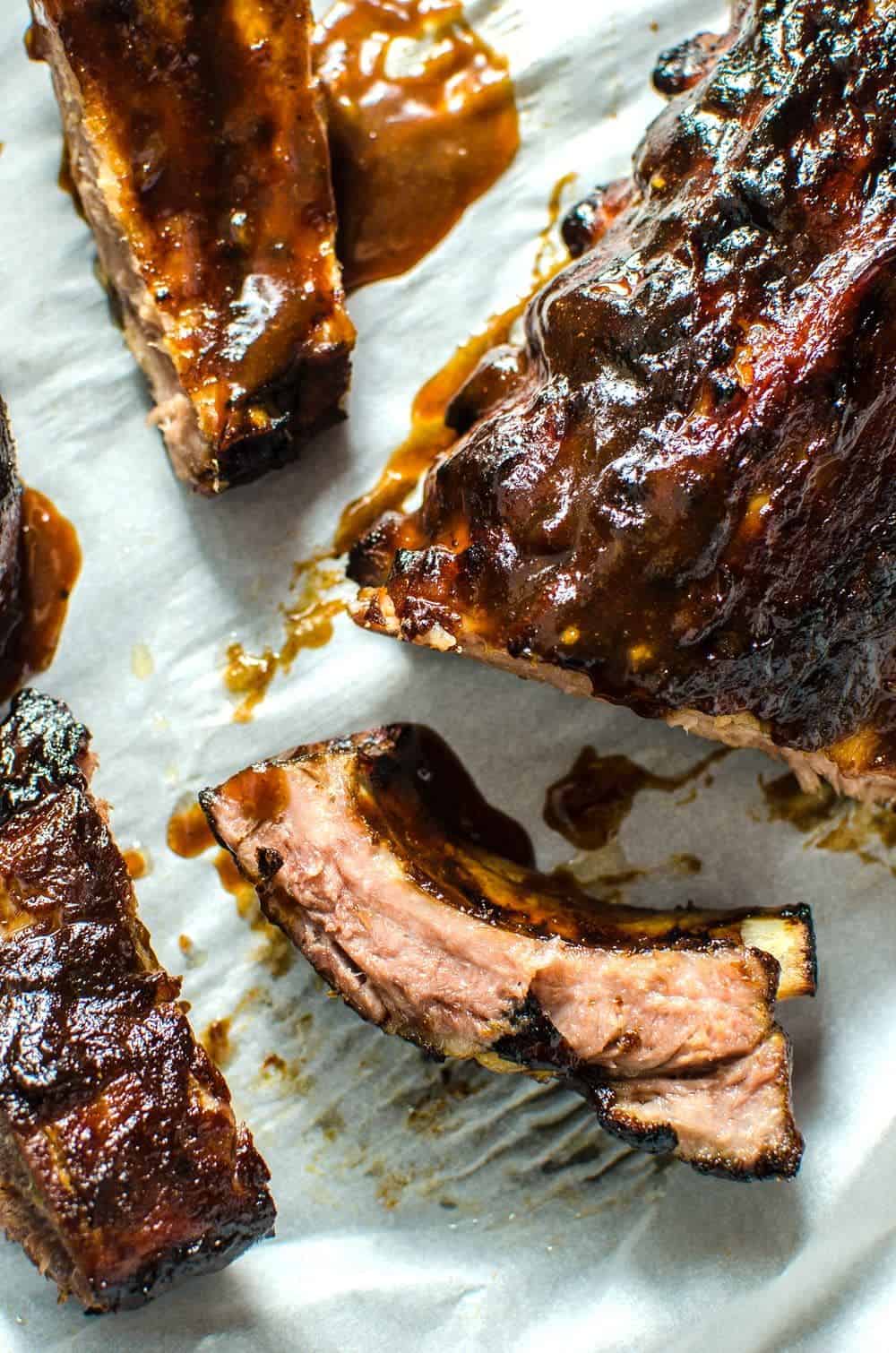 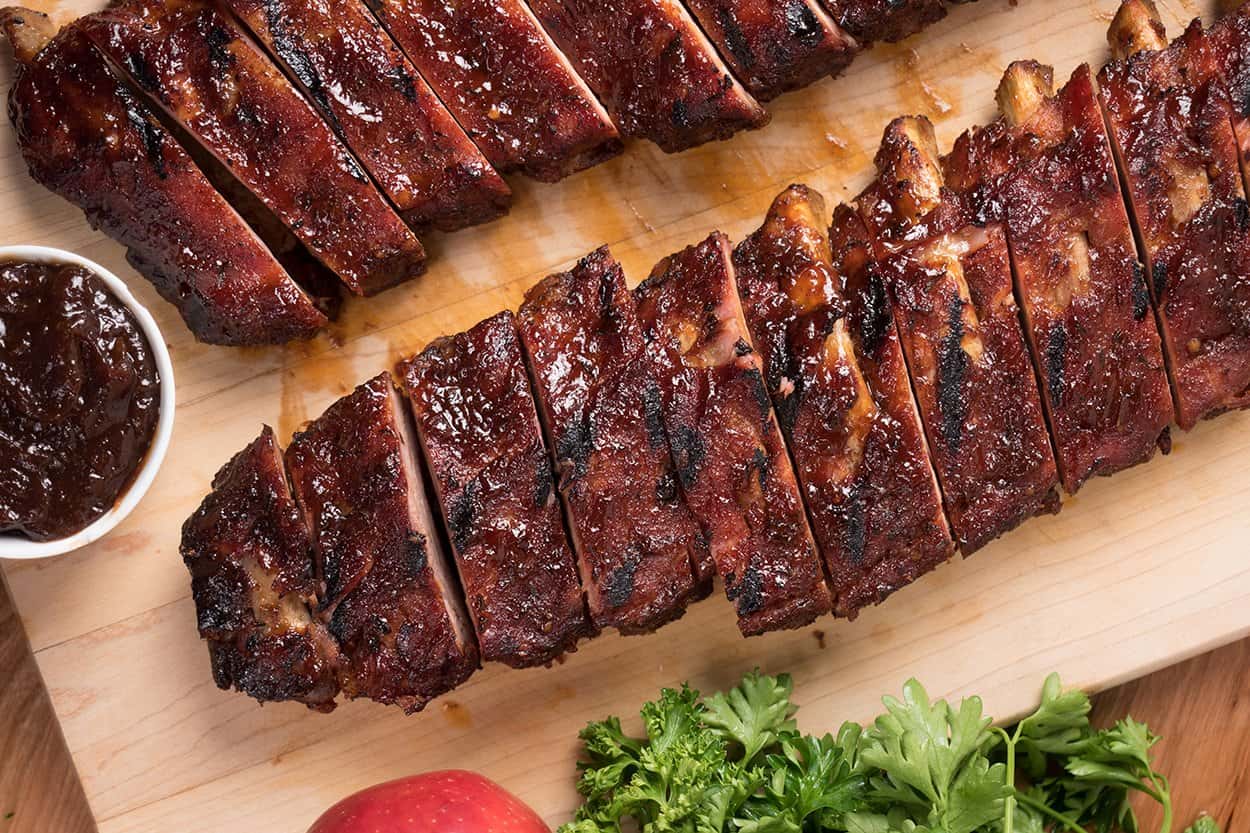 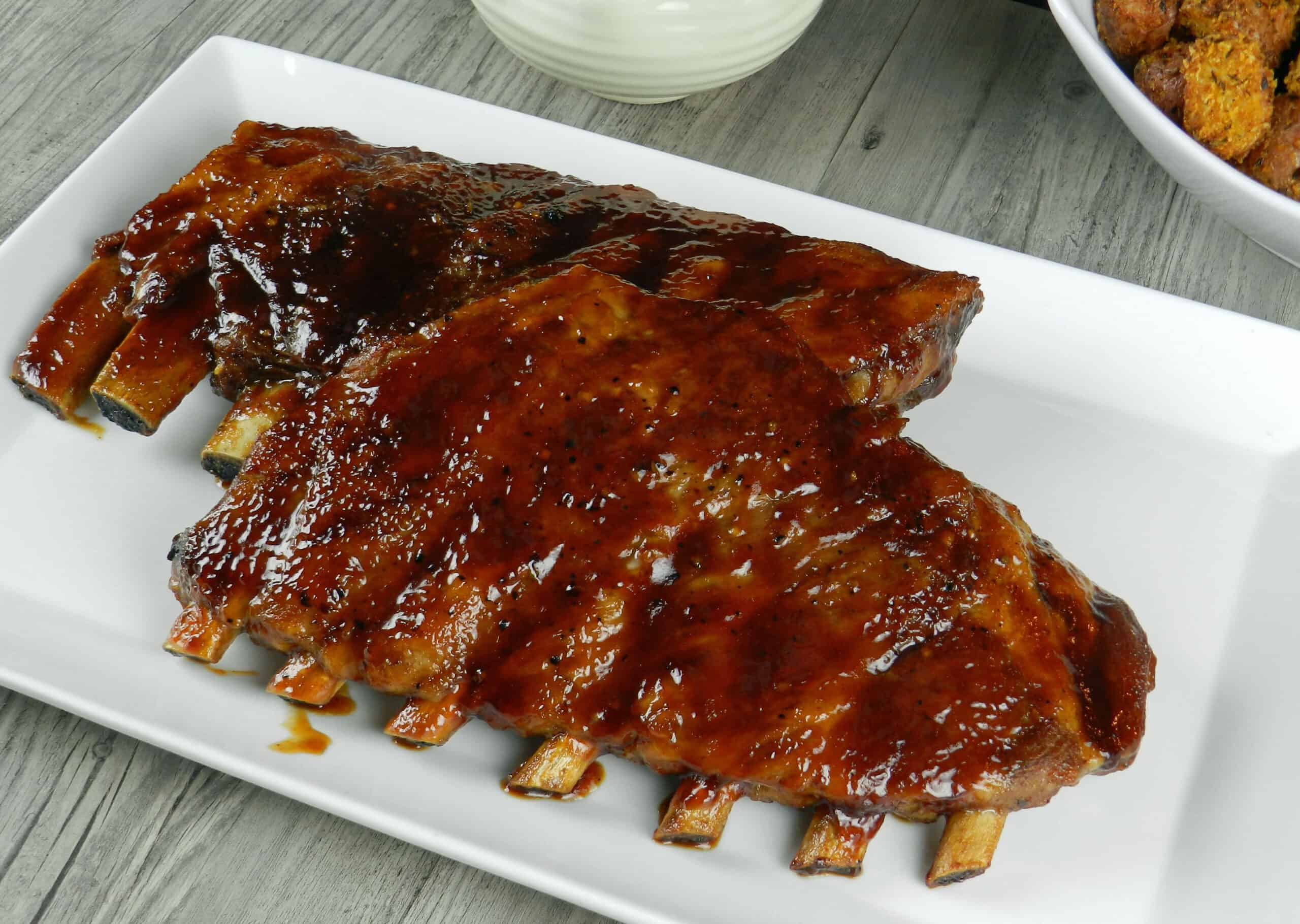 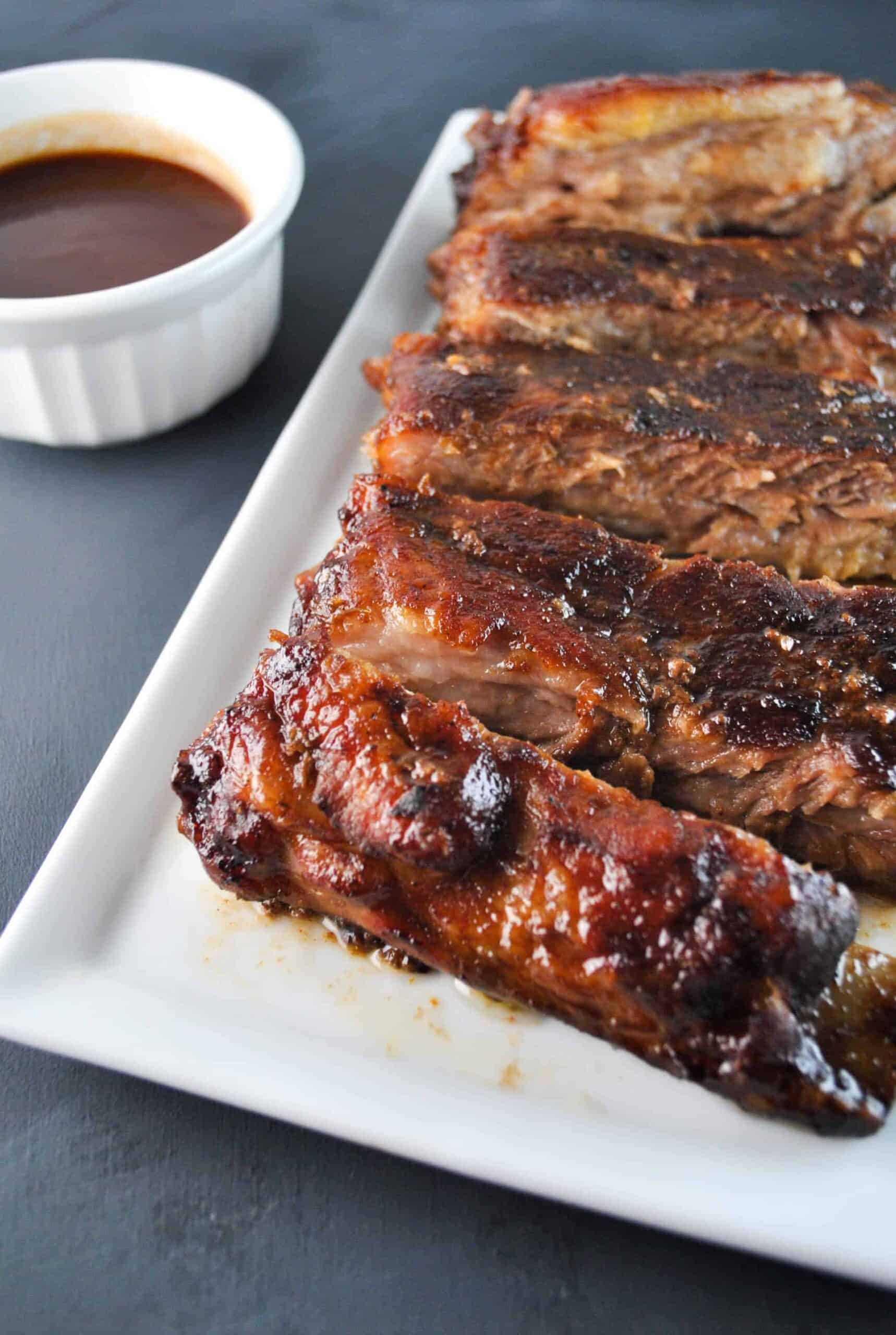 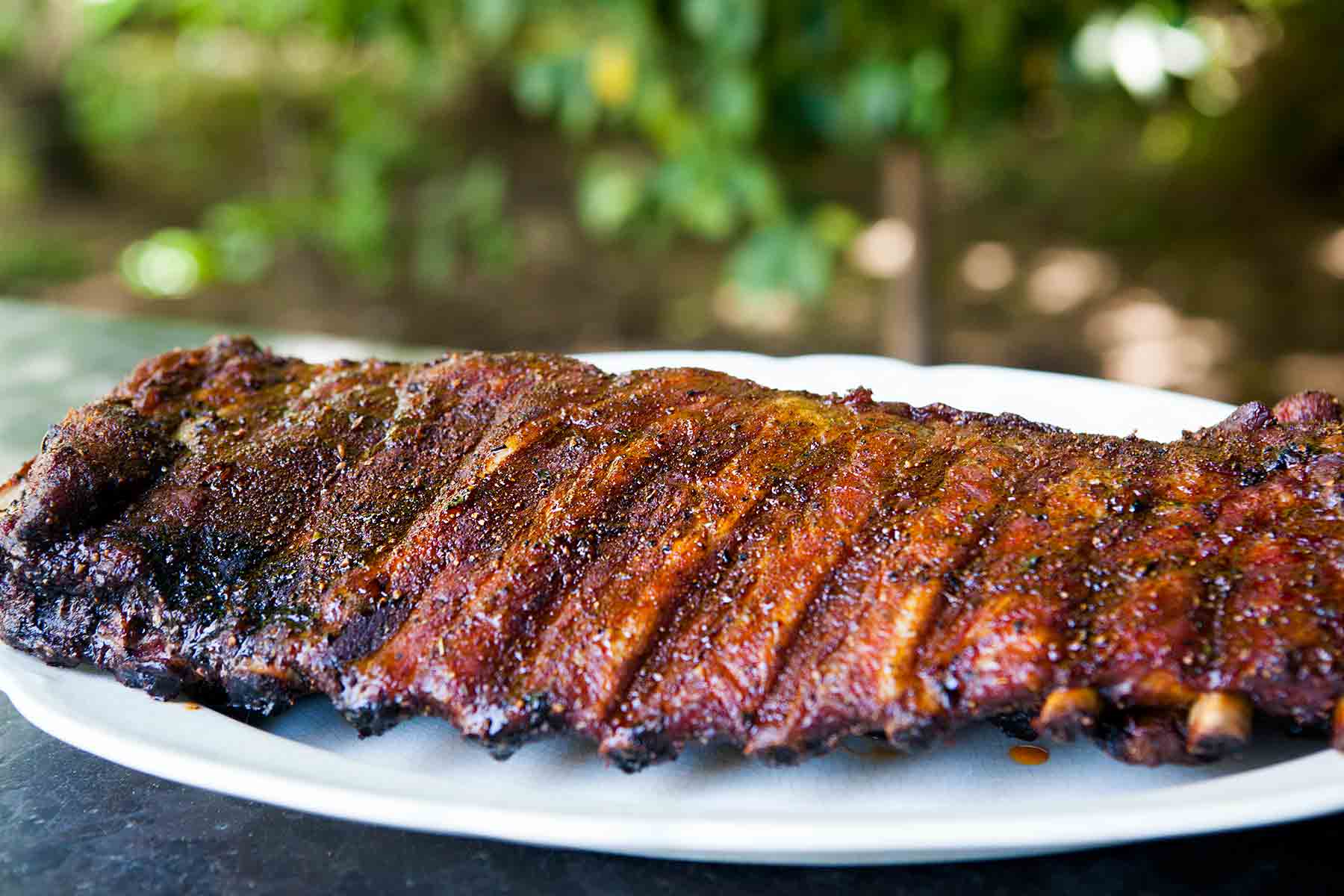 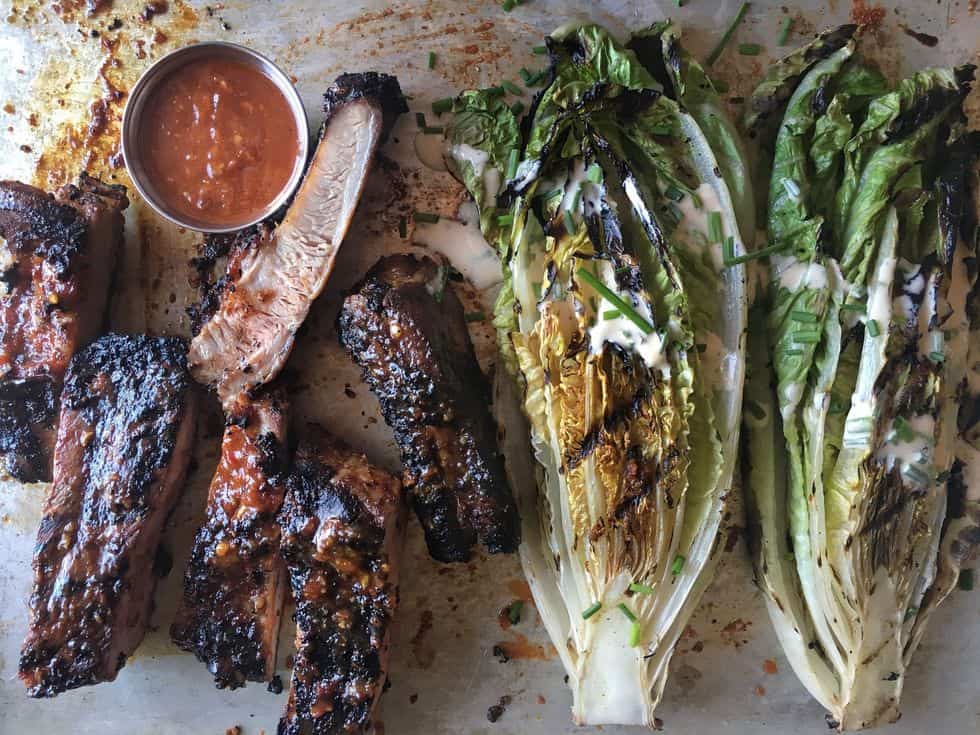 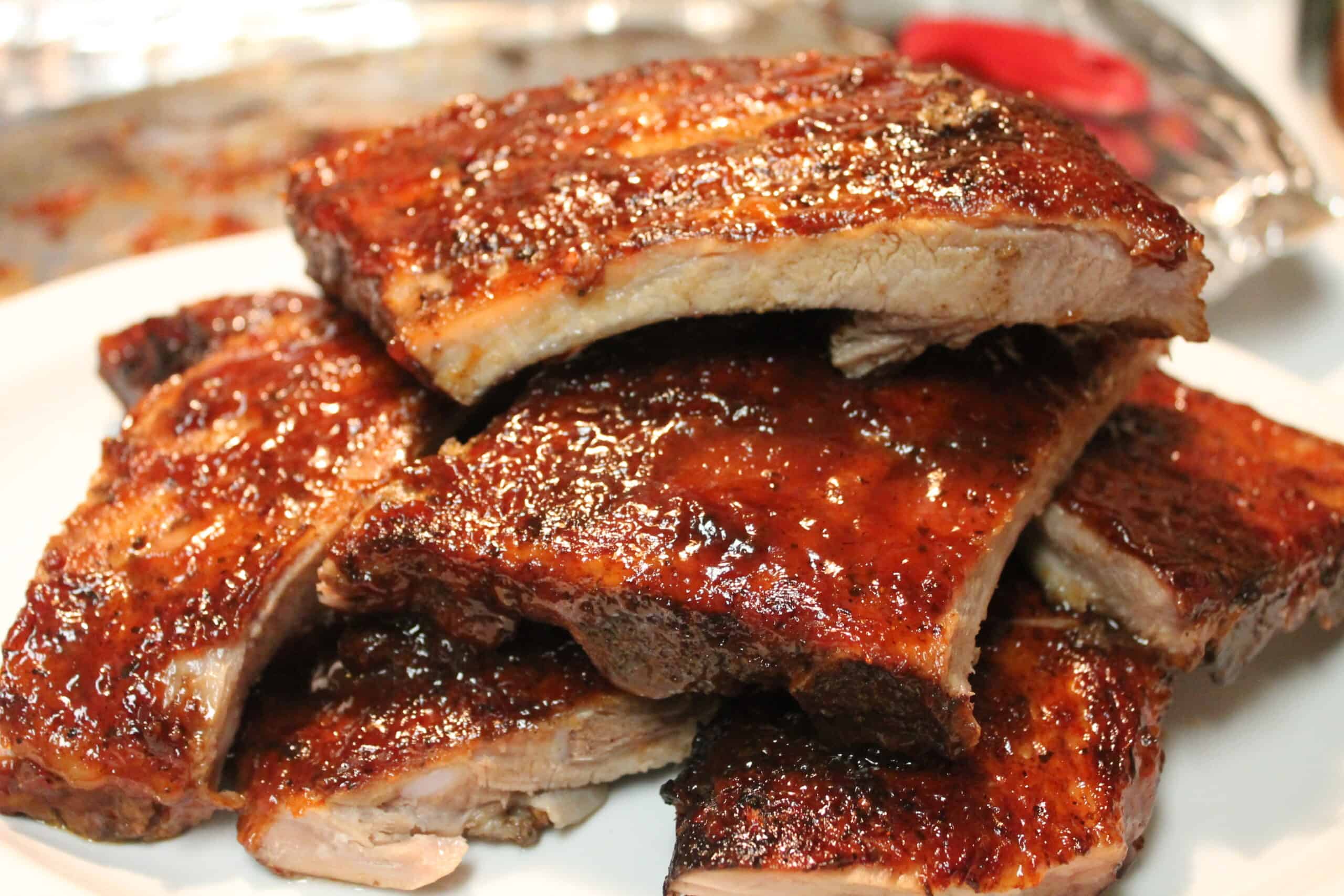 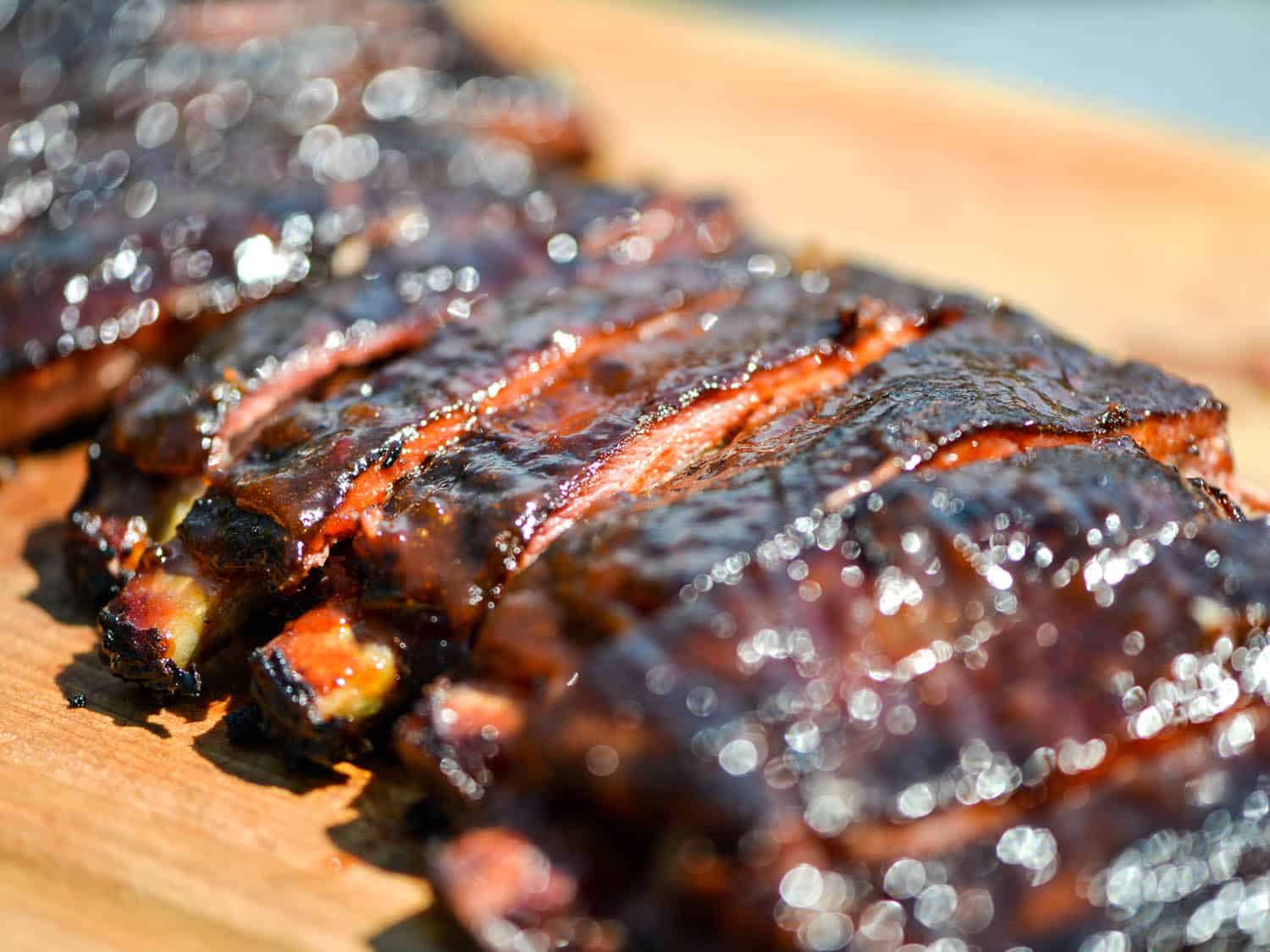 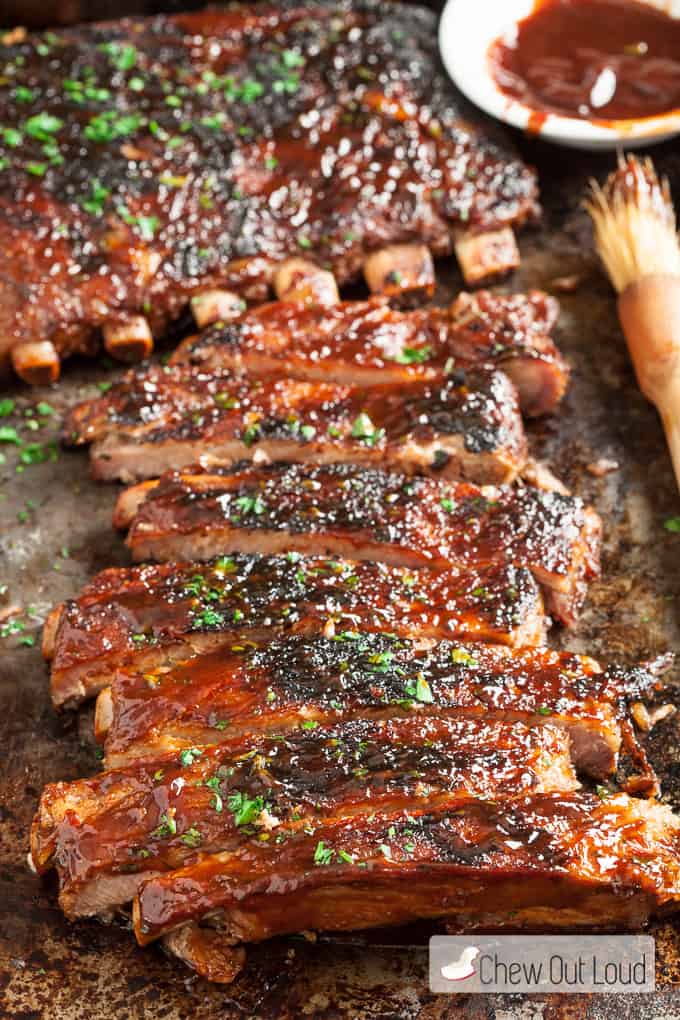 With the summer season in fulls wing and out barbecue already all fired up and ready to go, we’re collecting awesome BBQ recipes in all our food-loving, kitchen enthusiasts’ glory. There are just so many fantastic things you can make on a barbecue, or even just with that delicious hint of BBQ flavourful in the event that you don’t actually have access to a grill yourself. We’ve already gone through a number of phases this season alone (one week this month we made ourselves nothing but grilled fruit because were feeling particularly obsessed with the flavour contrasts the different possibilities there present), but this week we’ve been craving one thing above all else: BBQ ribs. Of course, these are another dish that can be prepared in all kinds of delicious ways, so we’ve been on the lookout lately for recipe we’ve never tried before.

Would you like to learn how to make all different kinds of BBQ ribs and rib based dishes as well? Then check out this list of the 15 very best BBQ rib recipes we’ve come across so far in our search!

Now, if you’re a veteran to the world of deliciously seasoned BBQ ribs, then you’re probably also aware that just about every city, state, or place you’ll visit prepares their “classic” style ever so slightly differently. One of the best kinds we ever had was actually in Memphis, because of the unique and very particular way that they added certain seasonings to their BBQ sauce as they brush the ribs. That’s why we were very pleased to come across this recipe from Simply Recipes that taught us how to make that very same style of ribs right here at home.

Have you always felt a little bit torn between loving the kind of ribs that are prepared a little bit on the sweeter side and preferring the kind that have a slightly deeper, smokier taste? Well, if you’re also open to the concept of adding a slightly more unique element then we’re pretty sure you just might be the perfect person to give this next rib recipe from Serious Eats a try. They show you, step by step, how to make smoky and spicy apricot glazed BBQ ribs that are both delicious and fragrant.

Have you actually always been the kind of person who will choose the spiciest option on the menu, hands down, every single time? Well, BBQ sauces might not typically be very spicy, but that doesn’t mean there aren’t unique recipes out there that help you add an impressive and unconventional kick! We’d definitely suggest checking out this spicy BBQ sriracha ribs recipe from Chew Out Loud.

Given the choice, are you actually the kind of sweets lover that adores your BBQ ribs most when the sauce even more on the sweet side than the average flavour of BBQ sauce already is? Then we’d be willing to bet that you’ll get a real kick out of the way The Culinary Compass made their particular unique homemade version. Take a better look at their page to learn more about trying your hand at these sticky and sweet maple brown sugar BBQ ribs.

If we’re being completely honest with you, we’ve never liked beer. Believe it or not, however, that doesn’t mean that we don’t like food recipes that are made with beer! In certain circumstances, beer can actually add a very unique and interesting flavour to various foods when mixed into a marinade. That’s precisely what Cooking With Curls is here to teach you how to do in this recipe for Guinness BBQ ribs.

Did we actually really catch your attention a little bit when we started talking about the idea of making spicy ribs, but you’ve always preferred the kind of spice that mostly packs unique flavour, rather than just knocking your socks off? Then we’re pretty convinced that this next recipe from Savoir Faire will be right up your alley. Their full and very clear tutorial teaches you in detail how these BBQ pork ribs with tamarind chipotle glaze are made.

Just in case you were rather intrigued indeed by the basic concept of adding a fruit based element to your BBQ ribs meal but you’ve never really like apricots, here’s another great alternative for your consideration! This time, you’re not only making your own homemade ribs, but you’re also following along with Char-Broil to learn how to make your very own homemade apple butter first things first as well. That’s how you’ll move on to make these flavourful apple butter BBQ ribs!

Are you actually feeling caught somewhere between wanting to try your hand at making a fruit based BBQ rib meal and wanting to add a bit of a kick to things, but you’re really having trouble deciding between the two? Well, who ever said you have to choose at all? Instead, we’d encourage you to take a look at this mouthwatering recipe from The Flavor Bender that walks you through the steps for making these fragrant and unique habanero and peach BBQ pork ribs!

Just in case you’re still looking for something that tastes very unique and spiced, but also somewhere right in the middle between just seasoned and actually spicy, here’s a dish that manages to hit that nail directly on the head, despite it being rather specific indeed. Take a read through the recipe and tutorial mapped out by the The Wolfe Pit to learn more about these five spice spare ribs made with hoisin honey glaze.

Have you really been scrolling this entire time with thin hopes of finding a BBQ rib recipe that doesn’t actually require any kind of barbecue or grill? Well, we’re pleased to report that your patience has actually paid off in the form of this recipe and ingredients guide outlined in full on Cafe Delites. The flavours used here are the classic ones, but they instruct you in how to make your ribs in the oven instead.

Now that we’ve got you thinking about oven baked BBQ ribs, are you feeling intent on collecting a few different options along these lines but you’d also like to get at least subtly creative with the ingredients and flavours involved? In that case, we think you simply must check out this recipe outlined in careful detail on Lexi’s Clean Living! Besides showing you how to bake your ribs in the oven, they also walk you through the process of brushing them in a sauce that’s made with- you read that right- coffee!

Are you a very busy person who is feeling rather intrigued indeed by the idea making delicious BBQ ribs in alternative ways that don’t require you to stand over a grill, but you’re hoping for an even lower maintenance option than oven baking? In that case, we think you’ll be pretty thrilled indeed to discover this next recipe from Urban Bliss Life! They teach you not just how to make delicious, juicy pork ribs in a homemade BBQ sauce, but also how to do it in 30 minutes using your instant pot.

Just in case you haven’t quite felt solid enough to choose between the crock pot or instant pot recipes we’ve shown you so far, here’s one more! This recipe from iHeart Recipes is super easy, has a classic BBQ taste, and guides you through the required steps for getting all the ingredients and settings just right for all day, slow-cooked ribs that are the perfect texture, juiciness, and tenderness despite being made differently than the grilled ones you might be used to.

Are you actually hoping to grill your ribs like usual with that classic BBQ taste but you’ve always enjoyed trying out other people’s different particular ways to prepare the ribs, brush, marinade, or dress them, and make complementary side dishes? Well, if you’re also trying to stick to slightly healthier options when it comes to what you’re serving your ribs with, then we’d absolutely suggest taking a look at how Delish made these tasty BBQ ribs with whole halved grilled romaine lettuce heads alongside.

Have you actually also been on the hunt for something that’s still suitable for a backyard BBQ with the family, but that takes into account the vegan dietary needs of one or your family members or friends? Well, thanks to this recipe from Baked In, you can actually make them a vegan version of ribs rather than choosing something else entirely to serve them instead! We actually tried these in real life with a friend even though we do personally eat animal products and we’re pleased to report that they’re absolutely delicious and totally still provide that great BBQ taste.

Do you have another favourite kind of homemade BBQ rib recipe that’s always a hit with your family and friends but that you don’t see anything quite similar to here on our list? Tell us all about it in the comments section so we can try it out with our families as well!