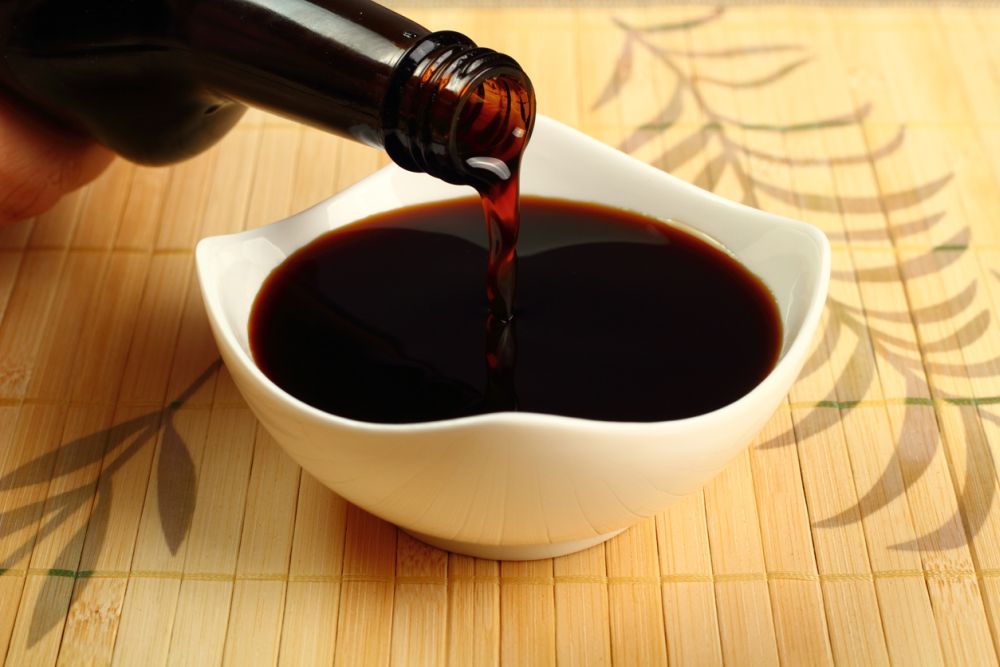 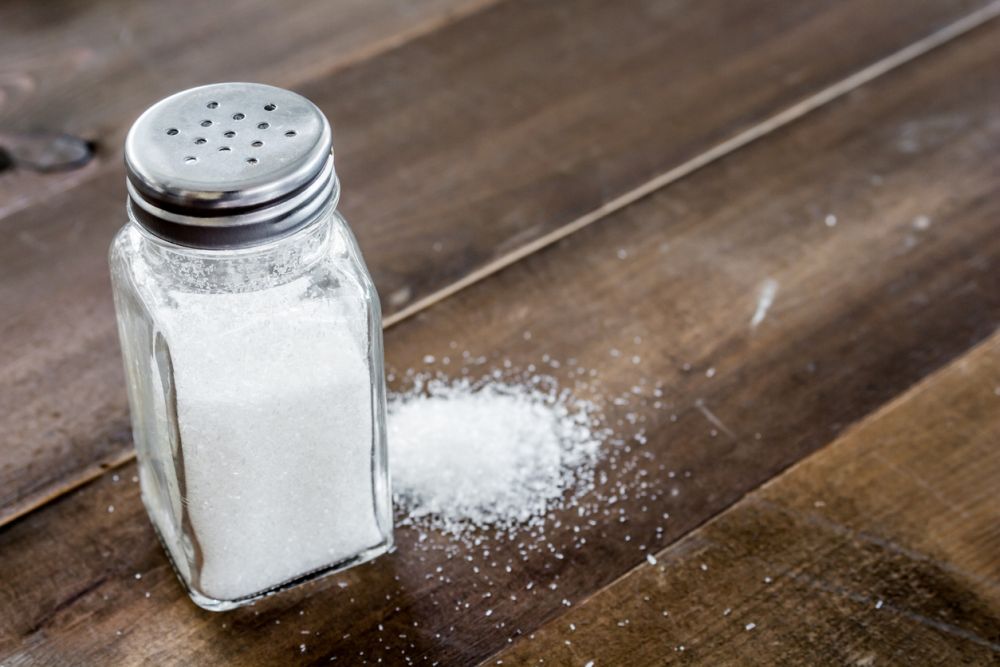 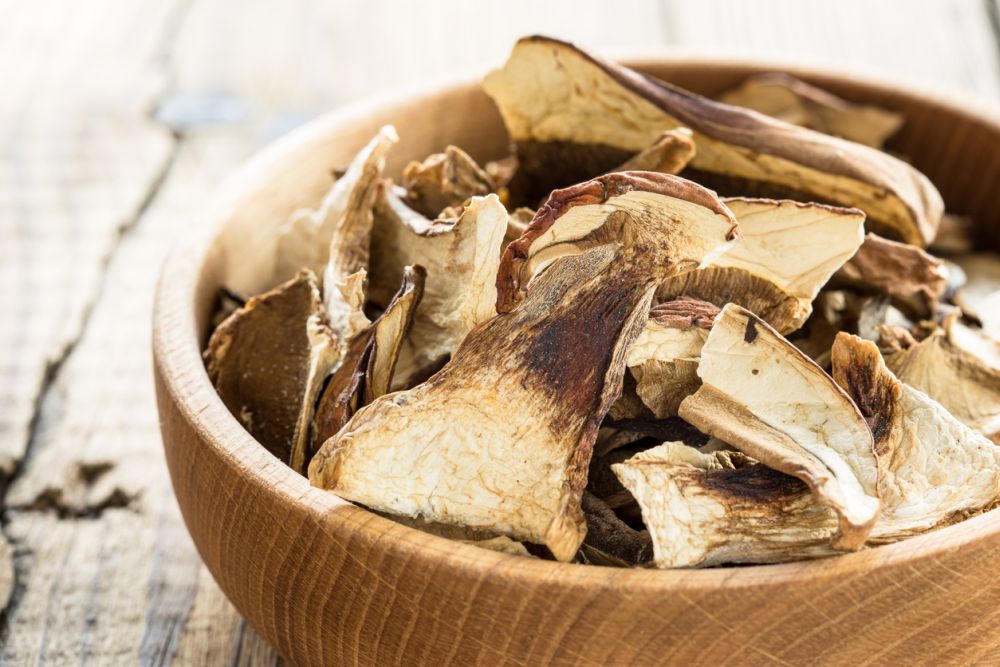 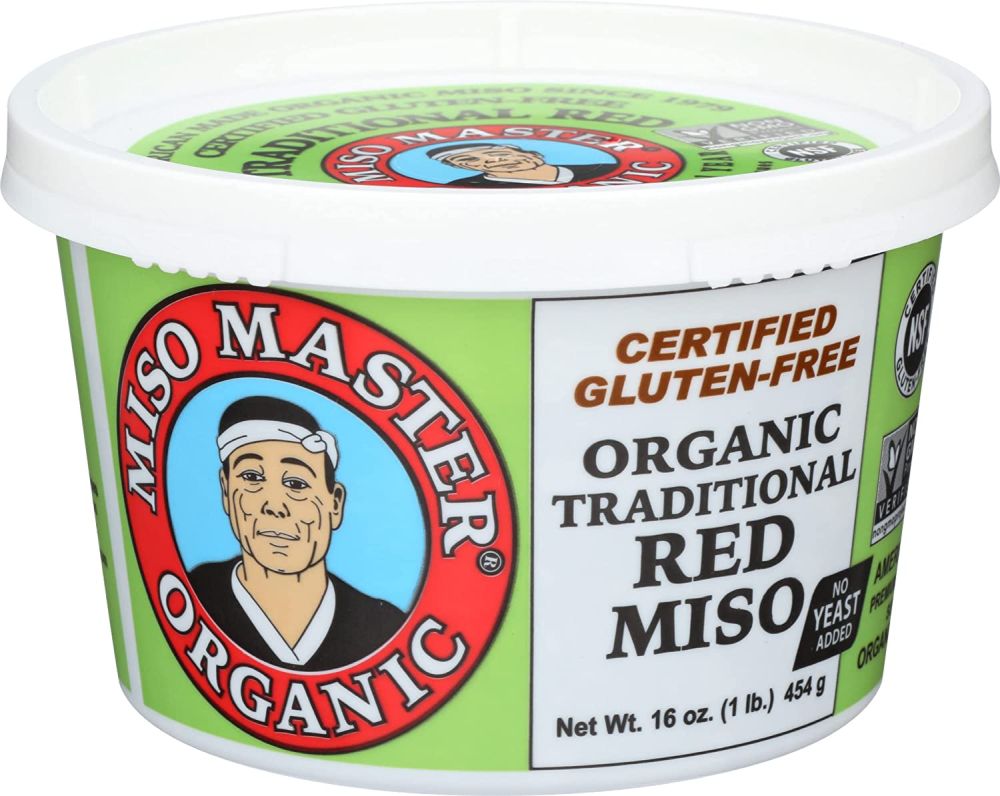 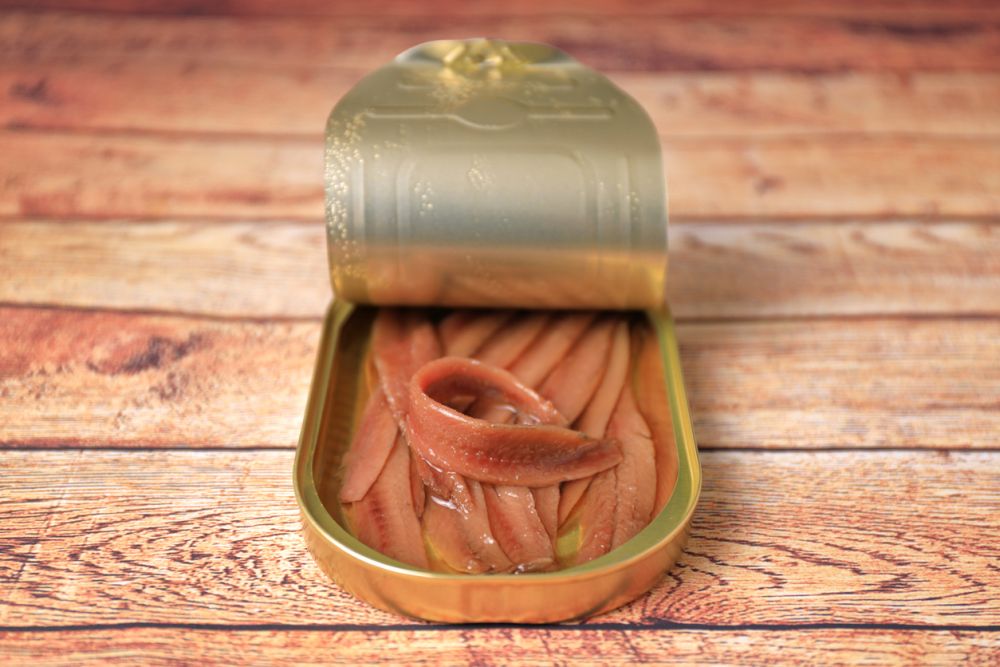 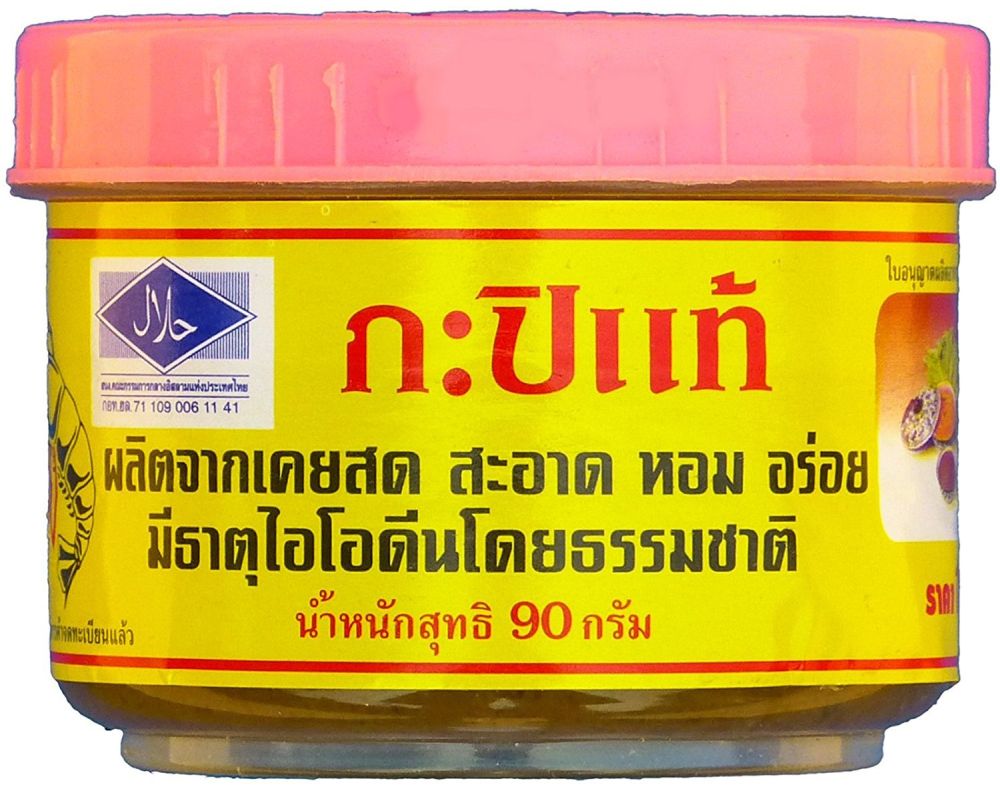 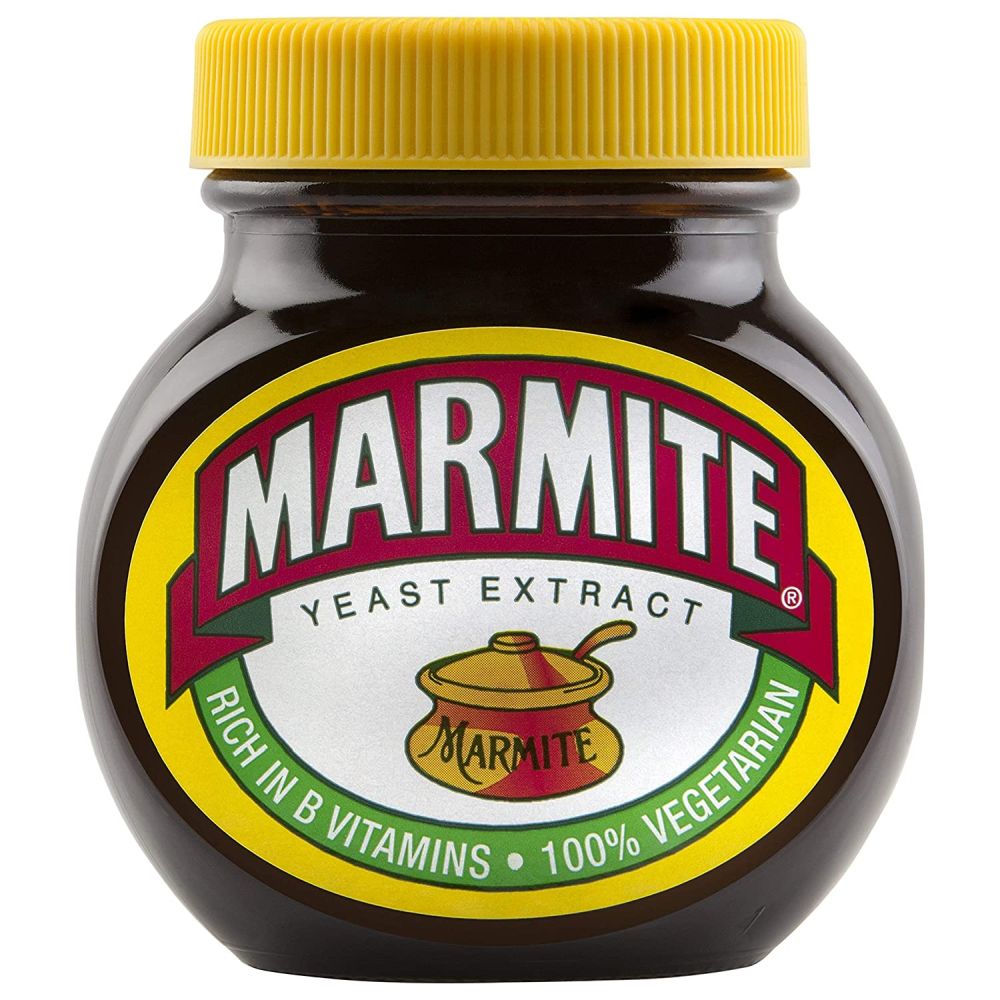 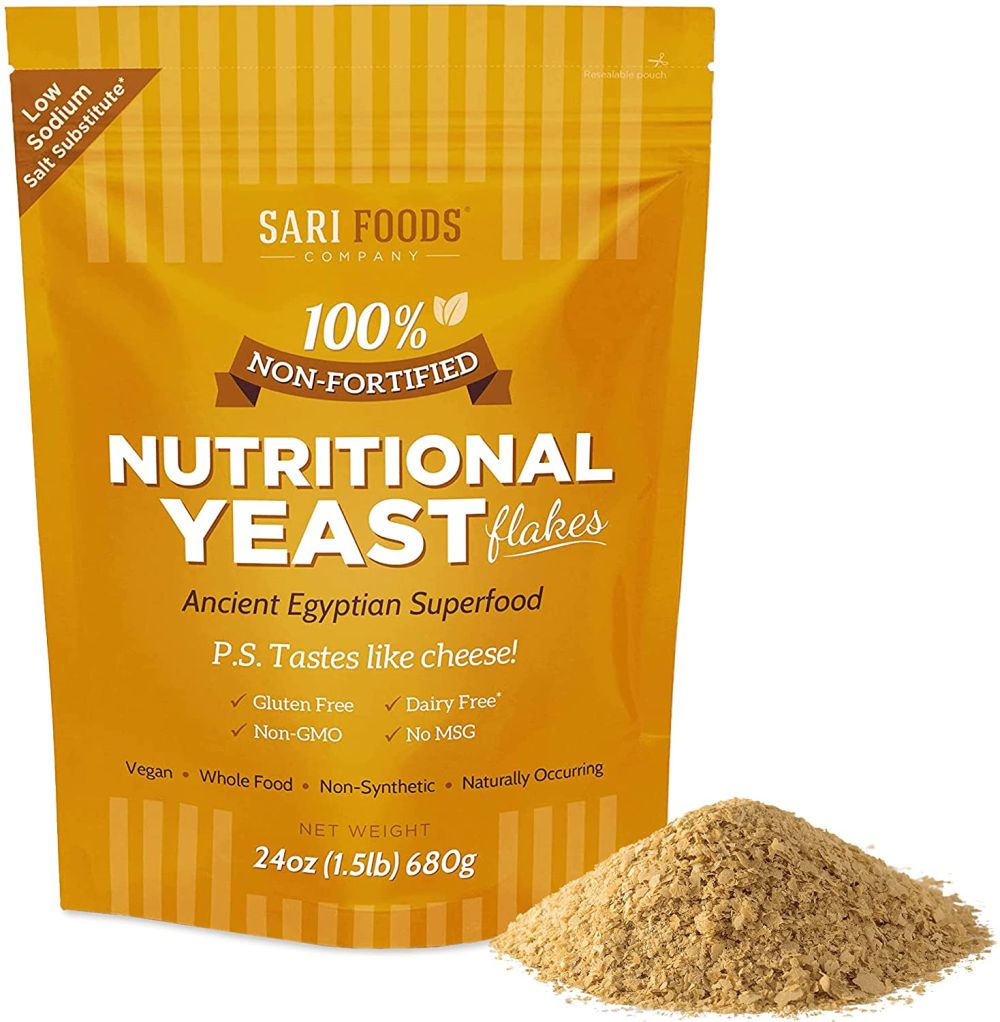 Soy sauce is a kitchen staple for anyone who enjoys the occasional Asian dish but a minefield for those with gluten sensitivities or allergies. Check out the best soy sauce substitute ideas!

Soy sauce is a common condiment in kitchens and restaurants. It’s mainly used in Asian cuisine and works well in certain comfort foods, soups, and sauces.

If you don’t have soy sauce or want to avoid it, there are other great substitutes you can use.

Some work better than others, and you may have to adjust other ingredients to bring out the dish’s taste.

What is Soy Sauce?

Also referred to as Shoyu, soy sauce is a condiment used primarily in Asian dishes. It makes dishes taste better by adding a salty umami flavor.

Soy sauce is made by fermenting soybeans and wheat with Aspergillus mold. Its ingredients are salt, soy, and wheat.

If you’re intolerant to gluten, you can consume soy sauce without wheat, called Tamari.

Why Use a Soy Sauce Substitute

How to Use Soy Sauce

Some recipes that require soy sauce include:

If you would rather not use soy sauce for dietary reasons or have run out of this condiment, the following alternatives will do just fine:

Tamari is made from brewed soybeans minus the wheat and, therefore, gluten-free.

However, when buying tamari, check the ingredient label since some brands contain trace amounts of wheat.

It’s the closest thing to soy sauce for people suffering from soy allergy.

To replace soy sauce with tamari, use the 1:1 ratio in any dish that calls for soy sauce.

It gives dishes the same umami flavor as soy sauce. But it has lower sodium levels and no soy.

This sauce is also gluten-free, ideal for people allergic to gluten.

Use Worcestershire sauce in dishes that require the soy sauce flavor and not its saltiness.

The sauce has a distinct umami flavor similar to soy sauce but lower sodium levels, so you can count on it to reduce your salt take.

When using it as a soy sauce substitute, stick to the 1:1 ratio.

Liquid aminos is a liquid protein concentrate made from unfermented soybeans.

It’s gluten-free but contains soy. Plus, it has the same sodium content as soy sauce.

Although it has a similar taste to soy sauce, liquid aminos brings out a sweeter, milder flavor.

To replace soy sauce with this condiment, use the 1:1 ratio.

Maggi seasoning contains wheat protein, so it has gluten.

You can find it in sauce, seasoning cube, or powder form to purchase.

If you prefer something bolder,Jugo Maggi is the Mexican version with a spicy, mild, and lime flavor.

To use Maggi seasoning as a soy sauce substitute, go for the 1:1 ratio.

Salt is the one condiment that doesn’t miss from any home. And it’s an excellent soy sauce substitute.

Traditional soy sauce contains 320 milligrams of sodium for every teaspoon, so salt is an ideal replacement.

Since salt has 2,325 milligrams of sodium for every teaspoon, use the 1:4 ratio (salt to soy sauce ratio) indishes that don’t need the umami flavor of soy sauce.

It may sound strange, but dried mushrooms are an awesome soy sauce substitute: gluten-free, no soy, and low sodium levels.

All you have to do is rehydrate the mushrooms and use the soaking liquid as the soy sauce substitute.

While it’s not the closest thing to soy sauce, it packs a perfect umami punch.

It’s best to use dried mushrooms in dishes that need tiny amounts of soy sauce because their flavor is less concentrated.

Fish sauce is staple ingredient in many Asian cuisines, and it has a variety of uses beyond just being a dipping sauce.

It’s made from krill or fish fermented in salt for up to two years.

Fish sauce is savory and has a quality umami flavor, so you can use it in just about any meal that traditionally calls for soy sauce.

When using it as a substitute for soy sauce, stick to the 1:1 ratio. 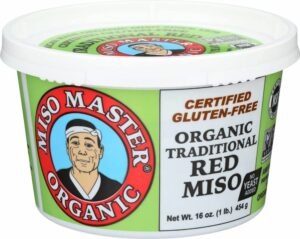 Miso paste is made from fermented soybeans, koji, and salt. Some varieties are from grains like rice and barley.

Miso paste has a salty yet savory flavor like soy sauce.

When blended with water, it’s an excellent soy sauce substitute in soups and sauces.

Anchovies are tiny, tinned fishes that are sometimes used to replace soy sauce.

However, they don’t work for recipes. Anchovies have a savory flavor and no fish taste.

Chop them finely and add them to cooked curry or sauce; they tend to melt right in, so it’s best to use them in cooked sauces. 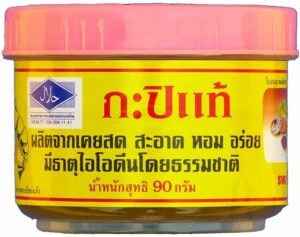 Shrimp paste is similar to fish sauce but made from shrimp fermented in salt.

Since it has a strong, salty flavor, you have to use the 1:2 ratio (shrimp paste to soy sauce ratio). However, some brands have only sweet and salty notes.

Shrimp paste also varies in color and taste, depending on its composition and location, ranging from pale pink to deep brown.

The texture also ranges from dry to watery. When using it to substitute soy sauce, add tiny amounts until you achieve the desired taste.

Oyster sauce is another condiment you can use when you’ve run out of soy sauce or want to avoid it altogether.

The color is similar to soy sauce (deep brown), so it will change your meal’s color.

The best thing about the oyster sauce is its rich umami flavor, salty goodness, and sweetness.

Use a little more oyster sauce than what the recipe calls for soy sauce. 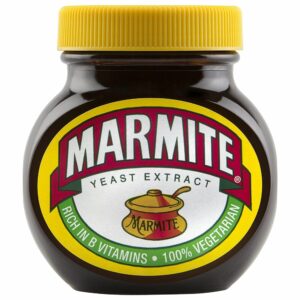 Marmite has a salty and savory flavor, making for a great soy sauce substitute. It’s made with yeast extract, which gives it a deep umami flavor.

Add a dollop of marmite when using it to substitute soy sauce in soups or stews. But if you want to add it to stir fry, be sure to dilute the thick paste in water. 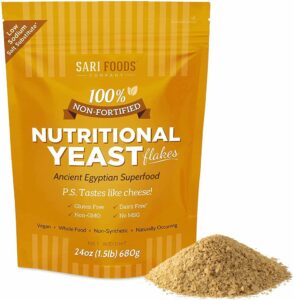 Nutritional yeast is used in marmite and vegemite, which gives them a rich umami flavor.

It’s used mainly in vegan dishes, (like dairy-free mac and cheese), as a seasoning, on popcorn, and in any meal needing a cheesy, nutty, and umami flavor.

Nutritional yeast is made by feeding living yeast with a sugar-rich carbohydrate and left to mature. It’s then heated, dried, and pasteurized, giving it unique nutty goodness.

Since it’s not as salty as soy sauce, use the 2:1 ratio (yeast to soy sauce ratio).

How do you store soy sauce?

It doesn’t go bad since it contains microorganisms that help preserve it for a long time.

The soy sauce doesn’t expire after a year, but its flavor changes. To store it longer and preserve its flavor, keep it in the fridge.

What is the best soy sauce substitute for rice?

Can I use vinegar in place of soy sauce?

Yes since vinegar has a high sodium content. But it has a tangier flavor and no umami flavor, although you can combine it with other soy sauce substitutes.

Soy sauce is a vital ingredient in many Asian recipes, infusing food with a salty and umami flavor.However, not everyone can handle the high sodium levels, soy, and wheat.

When using a soy sauce substitute, it’s essential to consider its flavor profile, sodium content, and liquid consistency to adjust the other ingredients accordingly.