Growing asparagus is more than just an exercise in patience. This veggie rewards you with an early succulent harvest in the early spring while other vegetables haven’t even sprouted yet. But between the time you plant it and harvesting time which might be the best part of two years, you have to match wits with all kinds of diseases and problems. 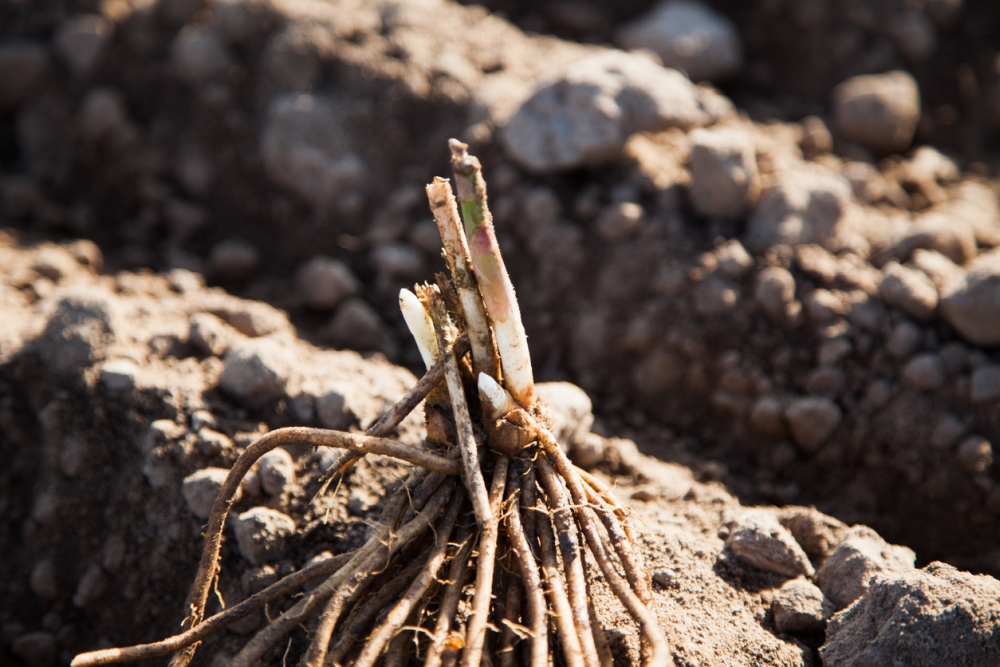 Some veggies tend to bolt when the temperature rises for a few days in a row. Lettuce, garlic, and broccoli shoot a long stalk out of the center of the plant where a flower opens indicating that the plant is focused on seeding now. In asparagus, it’s a little different. The spears of the asparagus start as tender and succulent. They’re ready to harvest for a couple of weeks from the second year onwards. As the plant gets older, that harvesting window increases.

But under some conditions, the spears of the asparagus might turn woody rather quickly and a fern-like blossom emerges at the top.

This could happen due to a hot wave or inadequate watering. If you rely on rainfall to water the plants and the rain season fails you, drought might cause asparagus to fern out early.

In case of a heat spell in the early spring, there’s little you can do. You might try to grow the veggie in a container to easily move it around and protect it against unpredictable weather conditions. But if it’s growing in the garden and the weather gets warm unexpectedly, the veggie will fern out.

As for drought, you can regulate your watering and step in when the rainfall becomes erratic. Don’t let the soil dry out for long since that triggers ferning out in the asparagus as a defense mechanism.

You can also use mulching to improve the soil’s water retention and minimize the chances of early ferning out.

Asparagus Is Too Thin

Asparagus is known for its longevity. It matches many trees in the number of years it can stay alive. But like many long-lasting plants, it takes time to reach maturity and it tends to peak after a certain age. Many asparagus varieties, for example, are only ready to harvest after three years from planting. In the first couple of years, the asparagus spears are too thin.

The same goes for aging plants. When the asparagus reaches 10 years, it becomes less productive and the spears become too thin. But sometimes an asparagus plant in its prime still produces thin spears. And that can have many causes.

The easiest way to keep your asparagus from producing thin spears is to provide adequate growing conditions. You should use a fertilizer that’s high in nitrogen and low in phosphorus. You can also apply slow-release organic compost to keep the plants fed for extended periods of time.

In the fall, add an extra layer of soil around the crowns to keep them well covered. On average the crowns should be about 5 inches beneath the surface.

Divide any plants older than 10 years old and don’t cut off the ferns since they play an important role in the plant’s photosynthesis process. 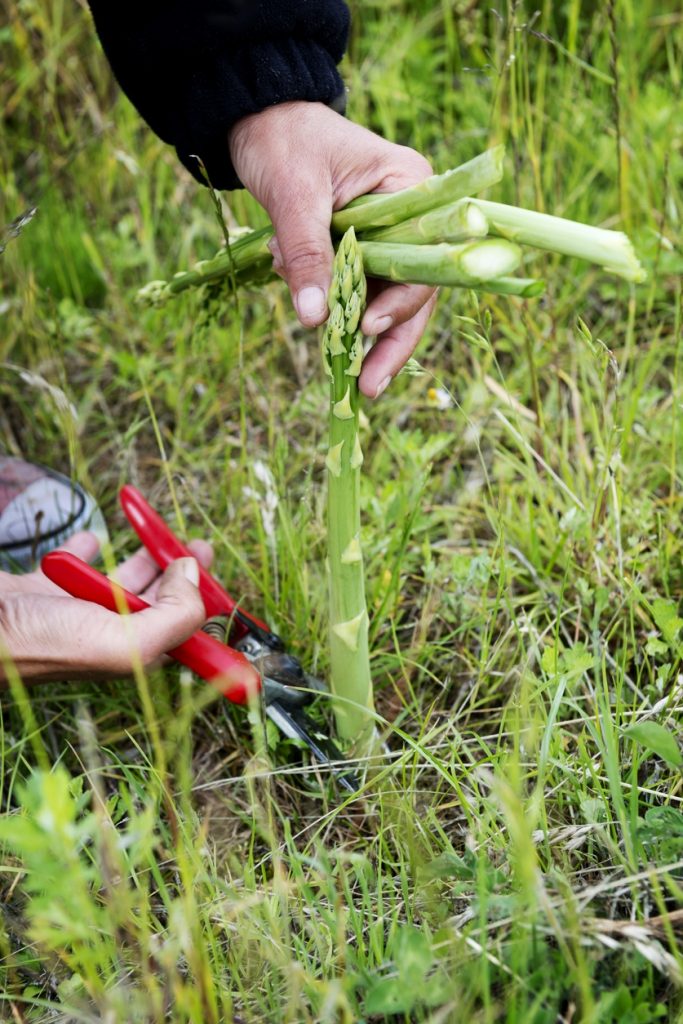 Like most hard-working plants, asparagus needs time to rest. That’s when it shuts down any growing operations and saves its energies for the spring. In cold zones when the temperature drops drastically in the fall, your plant needs some care.

Some indications the plant is going dormant include leaves turning yellow and falling, and a noticeable lack of any signs of growth. But sometimes, the plant misses the cues from the weather, especially when the fall continues to be mild. This could become a problem when the weather turns quickly and low temperatures damage the crown.

To encourage the plant to go dormant you need to give it a few nudges. Here are a few steps to help you prepare your asparagus for the winter.

This issue is related to the thin spears problem we discussed above. Since asparagus plants come in two genders, each sex has its own unique features. Male asparagus often produces thicker and larger spears than females. That’s because female asparagus plants spend more energy in producing seeds while the males conserve their resources to just growing shoots and producing male flowers.

But that doesn’t mean that female asparagus are a waste of space. They tend to produce more spears compared to male plants. And while those spears are no match in length or girth to the male counterparts, they’re still just as tasty and tender. So it’s really a trade-off between having more spears albeit thin ones or having fewer meaty ones.

Unless you’re growing asparagus to harvest the seeds, the spotted asparagus beetle (the orange one) shouldn’t bother you. It usually lays its eggs so that the larvae feed on the red berries that the female asparagus produce at the end of the season. Otherwise, it’s the asparagus beetle that you should worry about.

As you might expect, a spear nibbled at by an asparagus beetle doesn’t taste the same. So your job is to prevent both the larvae and adult beetles from reaching your asparagus patch. Here’s how to do that.

Asparagus rust is another reason why your spears are too thin and frail. The fungus infects the tips of the spears as a starting point. From there it spreads to the stalks and crown and interferes with the plant’s natural growth.

The asparagus ability to fight off diseases is also impacted once the fungus takes over. This leaves the plant prone to withering and dying if the weather gets too hot or the soil dries out.

What makes asparagus rust such a serious problem is that once it infects a plant, it’s hard to get rid of it. The spores can survive cold winters and grow back in the spring. In other words, you’ll need to intervene and take immediate action once you see the first symptoms of asparagus rust.

Being diligent and acting fast are the two key factors that would help you save your asparagus patch and prevent the spread of the disease. Here’s what you can do.

How to Store Asparagus: Easy Steps to Keep Asparagus Longer

Asparagus In Containers – How To Grow And Care For Potted Asparagus

Can You Freeze Asparagus?

Popular Asparagus Types And Varieties For Your Garden