If you’re looking for that tropic garden feeling, then ferns are the right choice. For millions of years fern plants have been offering shade and nourishment for animals of all shades, sizes, and colors. When you plant ferns in your garden, you’ll be surprised at the versatility and beauty of these perennials. 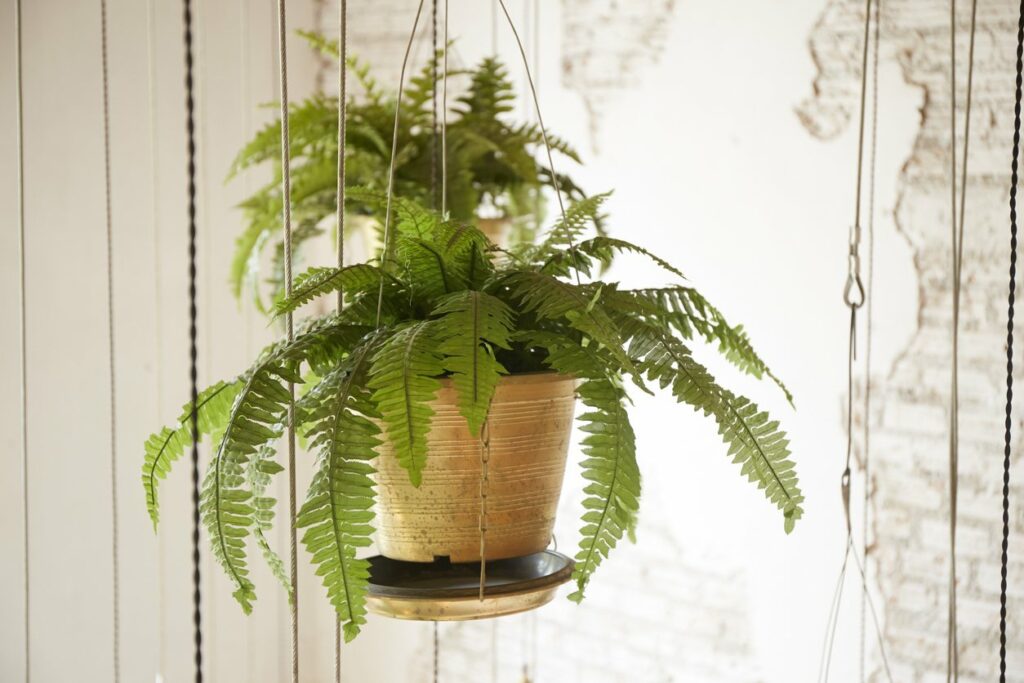 With so many fern species being discovered every day, it’s hard to pinpoint exactly how many species exist on the planet. But scientists put it around 150,000 species. Naturally, not all these species are suitable for your garden. So let’s take a closer look at ferns, how to grow and propagate them, and how much care do they actually need.

One thing you need to know about ferns is that even though they’re easy to plant, they still have some quirky aspects about it. Almost every part of the plant is green and the woody part has tubular shapes that distribute water and nutrition to the leaves. But that’s not the quirky part. What sets them apart from other plants is that they don’t use seeds to reproduce. Instead, they use spores.

But unlike other plants that bear spores such as moss, ferns have roots, stems, and leaves just like a regular plant. The spores are different from seeds in that they don’t need to join another reproductive cell to develop into a new plant. In that respect, spores don’t need pollinating the way other flowering plants do.

The leaves of the fern vary in size and color based on what species you have in your garden. Some ferns have leaves in the shape of lacy fronds that vary in range from a few inches to more than 60 feet in length. And since they are used to growing in the shadow of large trees, your ferns would thrive in partial shade rather than in direct sunlight.

Since they don’t like the sun, ferns are better planted on the north or eastern sides of your garden where the sun is less likely to flood the area for long hours. Most likely you’ll have those parts of your garden empty since most plants prefer full sun. So rather than have those barren patches, why not fill them with lush green ferns?

How to Grow Ferns

Even though ferns prefer filtered light and tropical conditions, they still survive in different types of soil, weather conditions, and humidity levels. This is why horticulturalists favor them either as indoor plants or out in the garden. You can grow it in a dim-lit corner and it will still flourish and brighten the room with its green shades. Here’s how to grow ferns in easy steps.

When the fern is growing in the pot or the bed you prepared for it, all you have to do is make sure it gets enough water and doesn’t get full sun. Here are other factors to consider to keep the ferns happy and thriving in your garden.

While ferns are not very particular about the type of soil you grow it in, you should opt for a commercial fern-specific mix or soil rich in compost. To improve drainage, add sand and peat moss to your soil. This helps the roots of the ferns to set in quickly. Keep the soil moist at all times and don’t let it go dry. That can have a negative effect on the growth of the fern.

As house plants, ferns are unparalleled with their ease of planting and low maintenance nature. However, you’ll need to repot the plants at least once every 2 years. If they grow fast, depending on their species, then you might have to repot them once every year. Signs the plant has outgrown its container include smaller leaves, drooping fronds, and overall weaker plant.

Despite their long history, ferns are for the most part pest-free. Apart from the usual slugs and snails, you won’t have common pests such as aphids and thrips. While snails and slugs are not as dangerous to the plant, you still wouldn’t want them to nest in your pot inside the house or garden. Don’t try to fight the snails with insecticide since ferns are particularly sensitive to it. Instead, you should use snail and slug traps. Collect the slugs and drop them in alcohol then dispose of them safely.

When it comes to propagating ferns, things can get tricky pretty fast. Remember we said that ferns don’t have seeds, but spores to reproduce. That’s what makes propagating ferns rather different from most other plants.

This is the easiest way to propagate ferns. You need to collect the spores off the fronds when they’re mature. You’ll know that they’re ready when they turn dark in color and start to fall to the ground. Leave the spores on the frond to dry in the open then collect them and keep them in a sealed jar.

Sprinkle the spores on top of a pot filled with rich soil and press them hard to make sure they’re imprinted into the soil. Water the soil gently and cover the pot with plastic. Place the pot in a tray full of water and keep it in a warm and dim-lit room.  The water in the tray needs to be changed often to prevent infections. Once the spores develop roots and sprout.

Separate the small sprouts, called prothalli, and place each in its own pot with the right mixture of soil and organic matter. Keep the soil moist until the prothalli grow into a fern. Add liquid fertilizer from time to time.

Stolons are thin and long offshoots that develop on the fern fronds. These strings can be planted in the soil where they will grow into individual ferns. The challenge here is to keep the stolon in the soil. You should use a U-shape structure to support the stolon until it establishes in the soil. Water the soil and keep it moist. When you see leaves sprouting on the stolon, cut it off the fern and plant it in a separate pot.

The third way to propagate ferns is by division. Usually, you’d want to divide the fern when you notice the fronds getting smaller or a bare spot in the middle of the plant. It’s a sign the fern feels crowded. Dig up the fern and cut six inches of the healthy parts. Each division should have roots, fronds, and a growing tip. Plant each division in its own pot making sure the roots are at the same depth as the original plant.

As easy as it is to plant and grow ferns, sometimes you might encounter problems that prove fatal to the whole plant. Here are a few tips to help you keep the plant healthy and thriving.