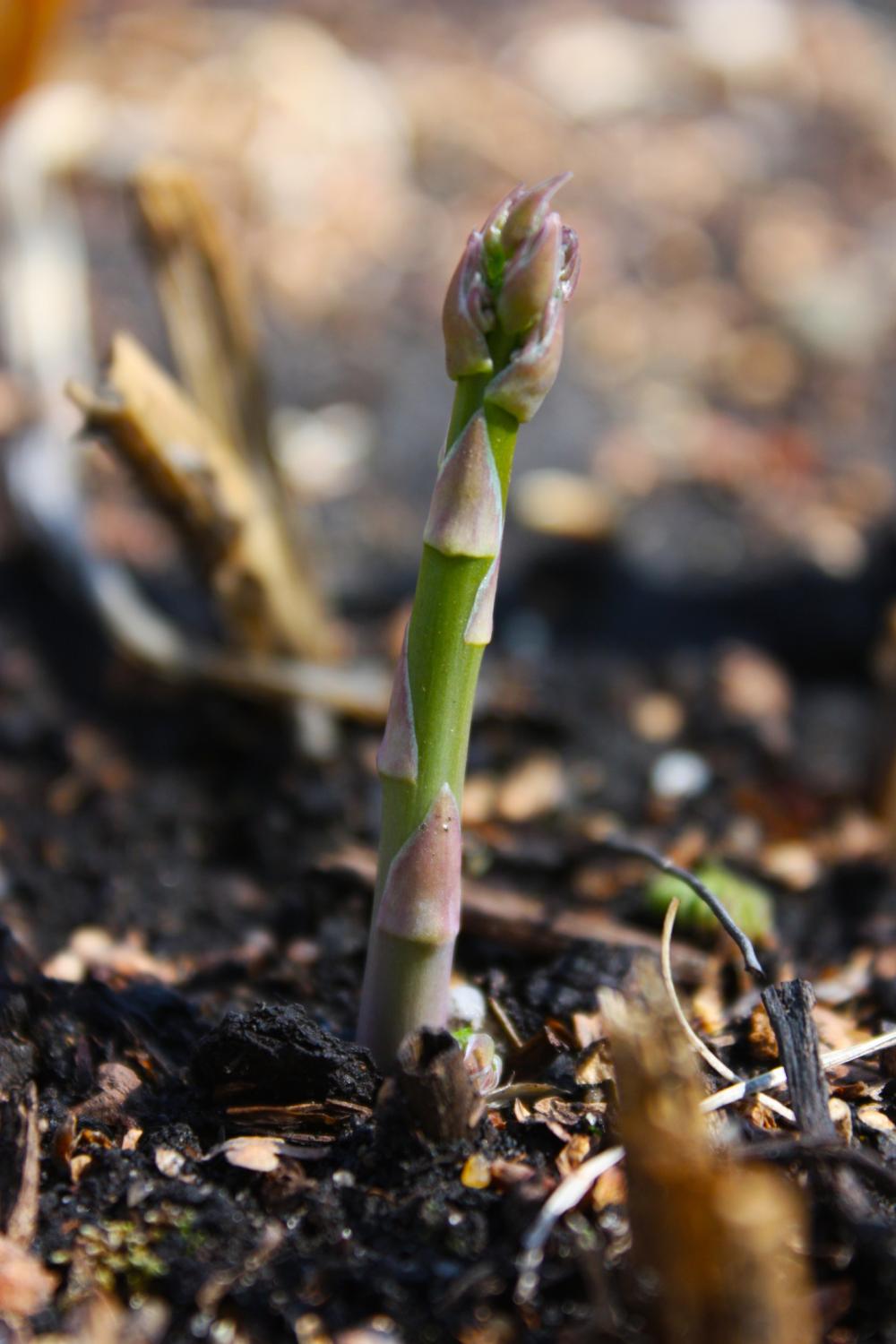 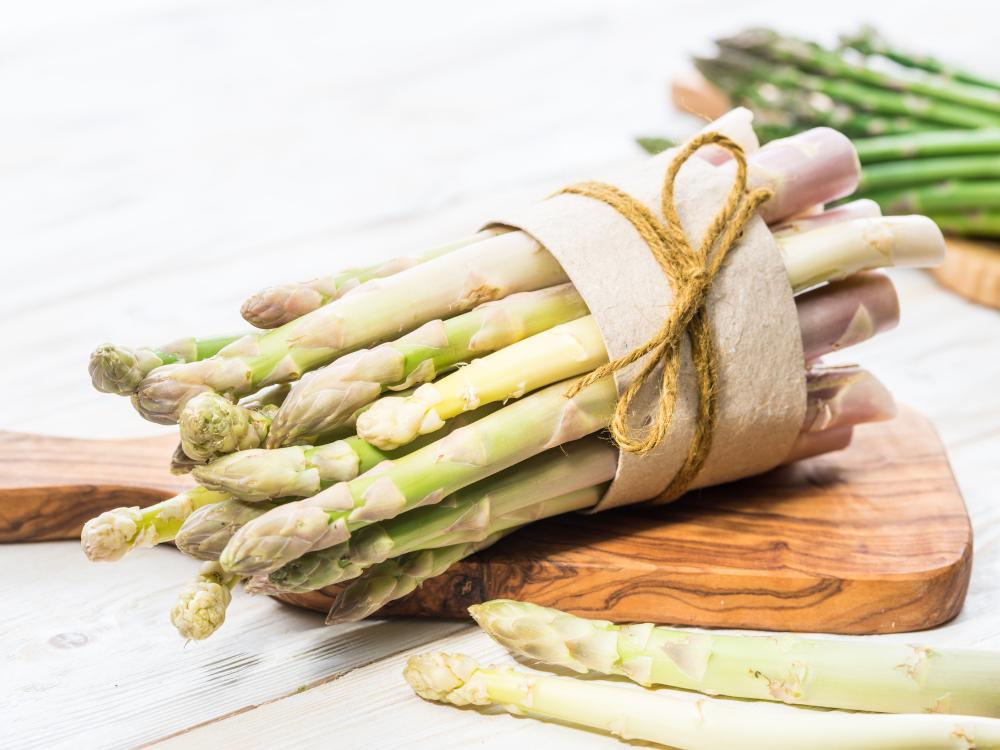 For some people, asparagus is an acquired taste. But for others, it’s part of every salad dish they prepare and no BBQ or cookout is complete without its slender shoots sizzling on the grill. Those who are passionate about asparagus know at least a dozen recipes to prepare the vegetable. But what is really interesting about this veggie is that you can mix and match the varieties not just in your oven but in the garden as well. 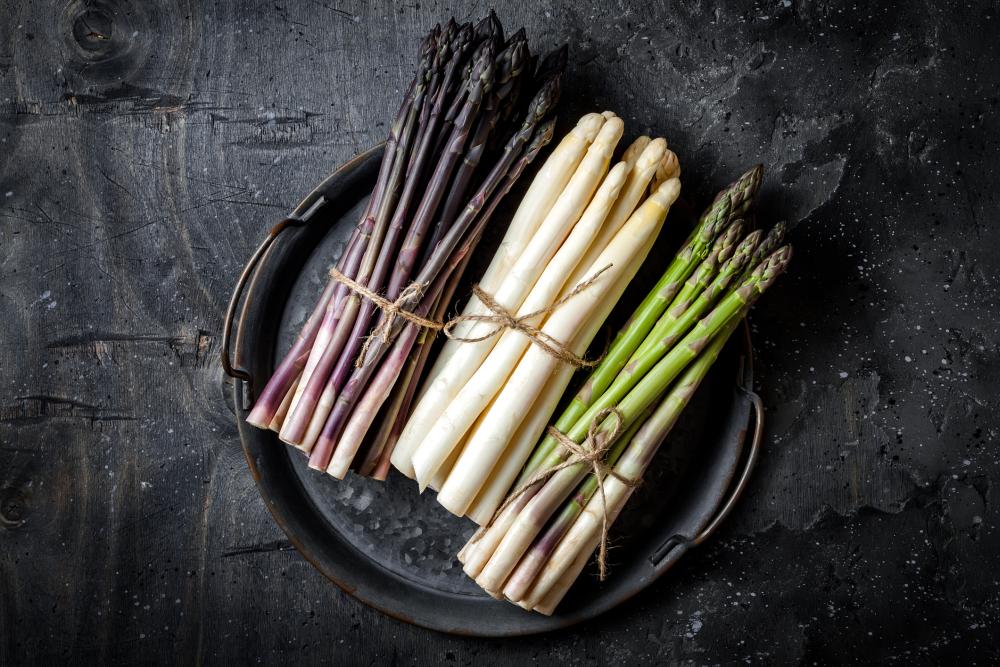 Some cultivars taste as good as they look while others have a higher yield on average and stay productive for many years to come. So in order to understand which asparagus varieties you can grow, you should know first about the different types of the vegetable and why they’re different. Read on to find out more about the types and varieties of asparagus that you can grow in your garden.

At first glance, all asparagus types look almost identical. Apart from different colors, they all have the same slender shape and length. But a closer look tells you that there’s a reason one type is different from another. Also, not all types are easy to grow in your garden. While you can grow the green or purple asparagus with 6 to 8 hours of sunlight, the white type requires total darkness to grow. Here are the main types of asparagus.

Almost all the cultivars and varieties you’ll come across in gardens or in the grocery stores belong to the cultivated types: green, white, and purple. Wild asparagus is not known for its commercial use since it has a lower yield and doesn’t have the same sweet taste as purple varieties. The following are some of the most popular cultivars you can grow in your garden.

It’s no secret that asparagus is by far the most reliable plant to announce the end of winter and the advent of spring. The canes of the veggie start growing spears as soon as the weather changes for the better. But not all asparagus cultivars are created equal. Some like Apollo beat the other varieties and grow their shoots much earlier. Although it’s mainly a green type with dark green spears, the tips of the shoots are usually purple.

The spears of this cultivar are usually smooth and of medium length and thickness. It grows mainly in cool zones although it can handle moderately high temperatures as well. But the main reason you’d want to grow the Apollo is because of its disease tolerance. This cultivar resists both fusarium and rust which saves you a lot of trouble. The high yield of this cultivar makes it ideal both for commercial growing and as a garden veggie. You can eat it fresh, roast it, or freeze it.

The name is a dead giveaway to the origins of this cultivar. It has been around for more than a century. And the reason for its popularity besides its high tolerance for different growing conditions is its delicious taste. Like most green asparagus varieties, the tip of the spear is usually purple. The shaft of the spear is smooth, straight, and has no kinks or blemishes.

An heirloom cultivar, Mary Washington has a decent tolerance for cold weather. You can grow it in zones 3 to 8 although you’ll need to overwinter the canes to help them survive the cold winter months.

Besides the decent yield, the plant itself has high ornamental values. The foliage is lush green and the mature plant can grow to 7 feet tall. That makes it more suitable for garden growing rather than container growing. It needs between 6 to 8 hours of full sun although the partial sun is also fine.

Another green asparagus type that has a high yield and better resistance to most diseases that wreak havoc with the asparagus harvest. If you live in warm zones where you get more summer than spring, then you’d want to grow this heat-tolerant Atlas asparagus. The only requirement for this variety is 6 hours of sunlight during the growing season.

The mature plant grows to about 5 feet so you can grow it either in the garden or as a potted plant. As for the spears, they are ready to harvest when they reach 9 inches long. Another advantage to this cultivar is its frost tolerance. While it thrives in temperatures between 45 to 85 degrees F, it doesn’t require overwintering. In short, it’s an ideal cultivar to grow both in warm and cooler zones. The shoots are moderately tender as long as you harvest them before they reach their maximum length and it retains its taste and flavors after being cooked.

A cultivar that belongs to the Jersey Series. It’s a hardy variety with a remarkable tolerance for different climates. It grows well in warm zones as well as cooler ones. However, ideally, you should grow them if you live in zones 4 to 6. The thick spears are juicy and tasty. Although technically a member of the green asparagus type, the shoots sometimes grow tainted with purple colors. You can start harvesting the spears between 7 to 9 inches long. If you let them stay any longer, they become sinewy and lose most of their flavors and taste.

While most members of the Jersey Series are resistant to many diseases, the Jersey Giant has the highest resistance for a wide variety of diseases. These include fusarium wilt, crown rot, and rust.

Although green asparagus is more popular, purple varieties of the veggie have their diehard fans too. It’s the favorite type of people who like healthy food because of its high concentrations of antioxidants. But there are other reasons why you would want to grow Purple Passion asparagus. It tastes sweeter than its green counterparts because it has high sugar content and its flavors stay strong even after you cook it.

Purple Passion grows best in zones 3 to 8 making it a hardy perennial veggie. The spears are usually tender and you can freeze it for months on end without losing much of its flavors or smooth texture. You can also have it raw as a snack, cut it into salads, or roast it and enjoy the sumptuous taste and purple colors. However, when cooked, the shoots lose much of their color and become pale purple to whitish.

A relatively new cultivar that has gained popularity only recently. This cultivar stands out for two main reasons. The first is that it has a large yield and one or two plants are good enough for each member of the household. The other reason is it’s one of the earliest cultivars to produce spears. This makes it a natural choice for commercial asparagus growers.

The only caveat is, you shouldn’t let the spears grow thicker than a pencil before harvesting them. The tender shoots are tasty and succulent. But once they get thick, they lose many of their flavors and become chewy. On average, the maximum length to harvest the spears is 10 inches long.

A direct descendant of the Mary Washington variety, the KB3 is a hardy cultivar that tolerates different temperatures and growing conditions. It’s a good variety to eat in salads, although it still gives off good flavors and taste when roasted with garlic and olive oil.

Another relatively new hybrid that was the product of years of scientific research. When it finally appeared in 1978, it received almost instant acclaim. For one thing, the cultivar is disease-resistant which means that your harvest is safe every year and you won’t have to deal with rust or fusarium wilt, or crown rot. In addition, this hybrid can grow in different zones and has decent tolerance for both warm and cold weather. Today, it has become the de facto cultivar to grow whether you’re a hobbyist or a commercial grower. Most of the asparagus in the market belong to this hybrid.

The spears are light green when they’re mature and ready to harvest. They have mild flavors but are not very sweet. That said, the spears tend to have the same length, shape, and color no matter how young or old the plant is. Also, it tends to taste better when cooked than when eaten in salads.

A native of Europe, this cultivar took the European market by storm with its whitish-green spears and pink tips. It’s also one of the earliest heirloom cultivars to produce spears. It has an extra sweet taste and delicious flavors. In France, it’s the asparagus of choice and is served in salads, roasted, sauteed, or cooked in gourmet restaurants.

If you live in zones 5 to 8, then you can easily grow this European cultivar in your garden. It thrives with at least 6 hours of full sun in the spring and summer. When it matures, the plant grows to about 3 feet tall. So if you live in cooler zones below 5, you can still grow it in a container and use grow lights indoors until the last frost is over. As a perennial, you can start harvesting the spears once the plant reaches its second year.

Although asparagus comes in different types and varieties, green cultivars are by far the most popular. If you’re looking for a healthy snack, then purple varieties are the best for you. They pack a punch in terms of antioxidants and sugar content as well.

How to Store Asparagus: Easy Steps to Keep Asparagus Longer

Asparagus In Containers – How To Grow And Care For Potted Asparagus

Can You Freeze Asparagus?