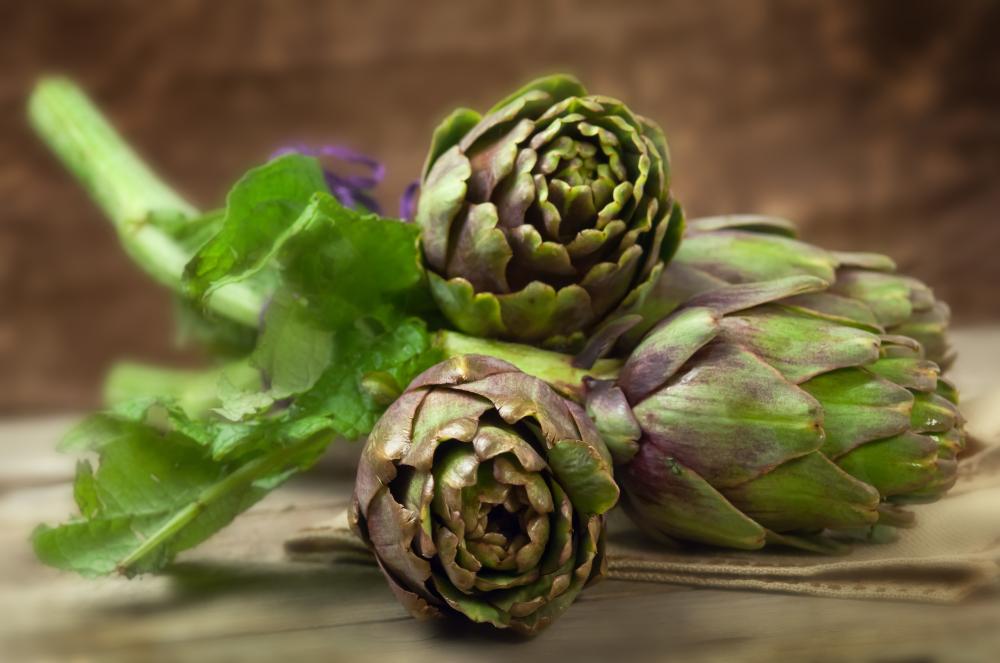 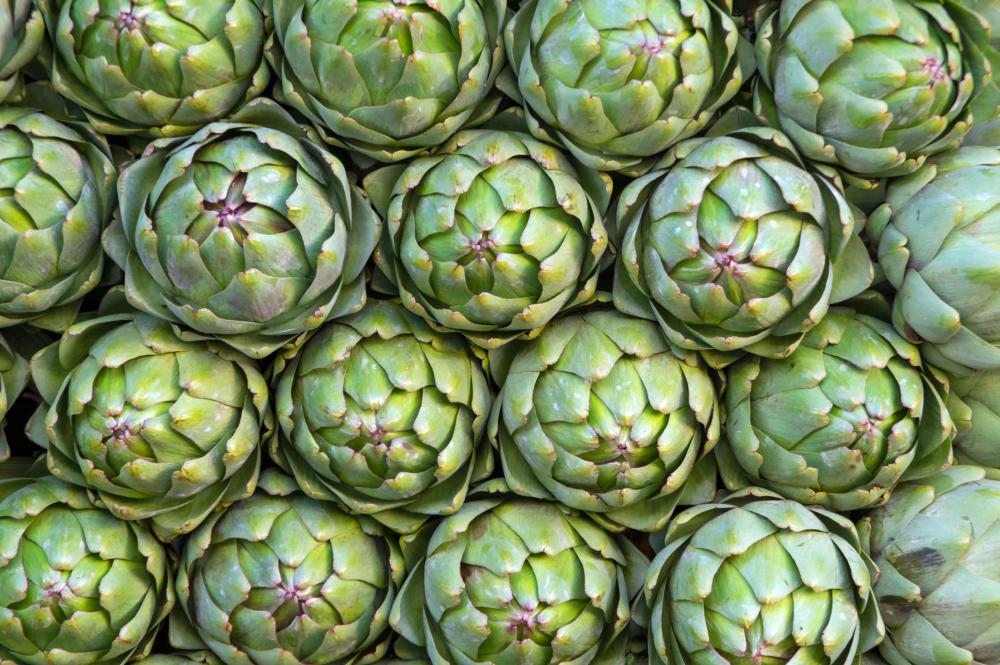 A dainty delicacy for some and a staple food for others, artichoke has been a veggie for different tastes. As with many veggies, it’s always better to eat artichoke fresh from the garden. The veggies you buy at the grocery store have had a long journey from the farm and are by no means fresh. 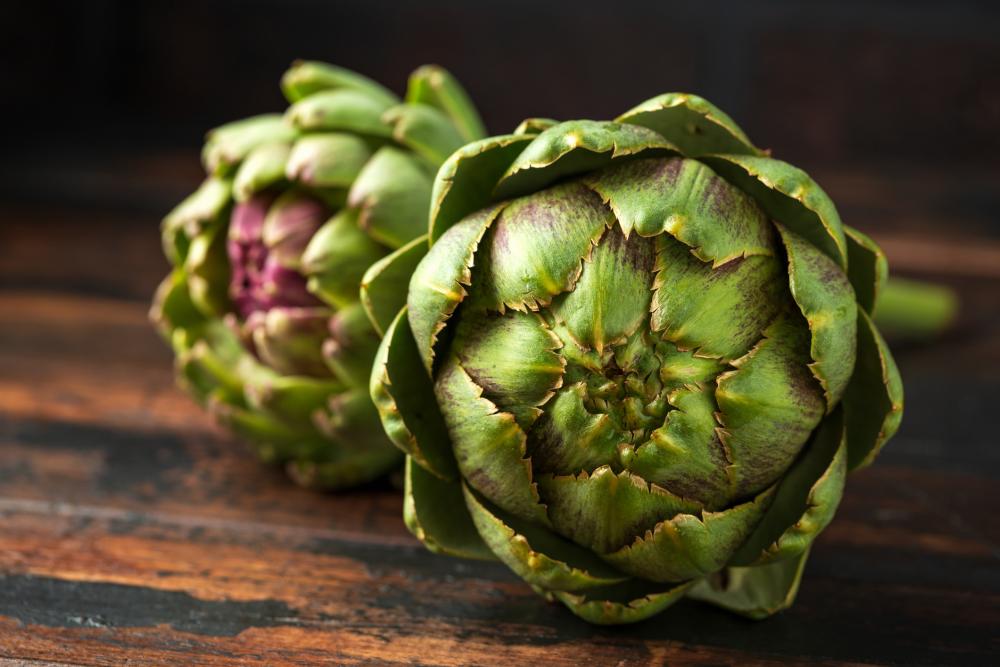 That leaves you with one option. To grow artichoke in your garden and savor its flavors at your own leisure. But which artichoke varieties to start with? Admittedly there are many cultivars and species, and they sometimes look and taste the same. But if you do your research, you’ll discover more exotic artichoke varieties that have unique colors, textures, and flavors. The good news is we did the research, so you don’t have to. The following list has some of the most popular varieties and also less-known ones that might surprise you.

The word “improved” in the name implies that this is an upgrade on a beta release that didn’t exactly do well in the market. But that’s not what happened here. Green Globe is a popular artichoke variety, while the Green Globe Improved is an heirloom cultivar that took the natural variety to new levels of taste and flavors.

The cultivar is suitable for zones 8 to 11 and needs a long growing season. However, you can grow it in colder zones but only as an annual. In that case, it’s better to start it indoors and harvest the buds as soon as they’re ripe since the veggie will not survive the winter.

The average Green Glove Improved plant grows to about 4 feet tall. Unlike the original variety, this cultivar can produce about 4 buds per plant. Each but grows on top of a long and sturdy, 5-inch stem. Don’t leave the buds growing once they’re ripe otherwise, they will open into a large flower.

It’s recommended to start the seeds indoors about 6 weeks before the last frost. That’s because the seeds need about 4 weeks to germinate. When the soil warms up outside, transplant the seedlings to rich and well-drained soil in the garden.

A popular variety that produces large buds and the yield is quite abundant. Add to that the plant has no thorns, so it’s easy to handle. For all of these reasons, the Imperial Star is the darling of commercial artichoke growers. It has high resistance to many diseases and doesn’t require a long growing season, as is the case with the Green Globe Improved cultivar.

But one of the main reasons you’d want to grow the Imperial Star is that it’s a cool-season cultivar that does well both as an annual and a perennial. In warm zones, you can keep it throughout the winter and harvest more buds that way. In cooler zones, it does well as an annual, and you can harvest the buds in the winter.

Each plant produces about 2 buds on average, each measuring about four and a half inches wide. Although not as productive as the Green Globe Improved, its high tolerance for different temperatures makes it ideal for gardeners as well as artichoke farmers.

To grow it in the garden, you’ll need to start the seeds indoors 8 weeks before the last frost. They take about 2 weeks or less to germinate, and the seedlings need plenty of light to grow strong and robust stems.

A cultivar that doesn’t require long growing seasons and reaches maturity faster than other artichoke varieties. It was developed in the Midwest, and Colorado became the first home for this hybrid. And since it’s ready to harvest within 75 days from the time you start the seeds, that makes it ideal for farms and gardens all across the cool zones of the Midwest.

But that’s not the only reason gardeners accepted the new cultivar with open arms. It also has a compact size reaching between 1 to 3 feet. And because of its fast growth rate, you can still grow it successfully even if you have a short and fleeting summer.

There are two types of the Colorado Star. The first grows upright and doesn’t require any type of support. The other tends to crawl on the ground, which can expose the buds to diseases and pest infestations. It’s recommended to provide a stake to keep this type growing vertically.

A perennial in zones 7 to 11, some Colorado Star varieties have purple buds. Although the taste is the same whether the plant develops green or purple buds, the latter looks more appealing when you cook them. Expect each plant to produce between 4 to 6 buds on average per season.

Purple is not the kind of color you associate with delicious vegetables. But the Purple Italian Globe shatters that myth and puts purplish food on the culinary map again. Besides, this is an heirloom cultivar that hails from Italy. And while it’s used to the warm weather of the Mediterranean, this cultivar can tolerate cold temperatures as well.

The Purple Italian Globe is also known for its high yield. The average plant produces between 6 to 8 buds per season. The buds are also hefty by artichoke standards, with each bud measuring up to 6 inches in diameter. So you can grow about 2 veggies for every person in the house. The buds also freeze well, so you can store them for long periods of time without losing much of the flavor or taste.

The only drawback to this heirloom cultivar is that it requires a long growing season. You can get around this hurdle by starting the seeds 8 to 12 weeks before the last frost. You’ll also need to use grow lamps to provide enough bright light until the weather warms up outside. Expect the vegetables to take up to 120 days before the buds are ripe and ready to harvest.

Once a cultivar hits the market and is well received by hobbyist gardeners and commercial farmers alike, that signals the beginning of a fade. By the time Purple Italian Globe was reaching its peak popularity, another purple cultivar also from Italy was leaving the agricultural labs and making its debut around the homes and farms of Emilia-Romagna, Italy. The Purple Romagna had all the advantages of the Purple Italian Globe with a few improvements of its own.

With remarkable tolerance for both hot and cool weather, this cultivar grows to about 5 feet tall and produces large, 3-inch buds. But this is a giant artichoke with a soft heart. It’s another feature that endears this cultivar to the hearts and palates of gardeners and foodies everywhere. However you choose to cook the bud, the tender heart remains succulent and literally melts on your tongue.

In addition, the buds come in different shades of purple and green. And you’ll just have to wait to see how they look on your plate. That said, the Purple Romagna can take up to 100 days to mature in cool seasons and about 85 days in warm seasons. So you’ll need to adjust your planting time to allow the vegetable to mature under the warm summer sun.

To catch up on the purple craze and not to be outdone by the Italians, the French came up with their own franco version of the purple artichoke. The Violet de Provence grew out of the warm southern regions of France and is known for its high productivity and preference to warm temperatures. As such, it is only suitable for zones 7 to 11 since it cannot tolerate cold weather conditions even as an annual.

Sporting tightly packed bracts, longish buds, and violet shades, the cultivar is not only delicious but also hard to come by. Despite its appeal within the borders of borderless Europe, the French cultivar has not made it across the pond to satisfy the appetites of US artichoke fans. So the only way you can get your hands on the rare seeds is to ask a friend or pen pal in Europe to mail you the seeds.

One of the main reasons the Violet de Provence is still a European feature and not a global sensation is that you have a small window to harvest it. It’s best eaten as a baby artichoke since it can harden and become chewy if you allow it to grow beyond 2 inches across. If you live in a warm zone where the distinction between spring and summer is fuzzy at best, then you shouldn’t allow the buds to even reach 2 inches in diameter. Warm temperatures often speed up the maturity of the cultivar and push it toward flowering before its time. So you should harvest it when the bud is only one inch wide.

Tavor is a cultivar that takes us back to the familiar green artichoke buds realms. Besides producing light green and succulent buds, it doesn’t require many chill hours. So you can plant it and harvest the buds in a single season even if the weather was not very accommodating in your zone.

You can grow Tavor in zones 7 to 11, although some gardeners reported successful results in cooler zones since the cultivar has some tolerance for cold temperatures. But what really matters for you as a gardener is the high yield of this hybrid.

The Tavor artichoke produces up to 7 buds per single plant. Out of those seven buds, only two are primary, while the other five are secondary buds. Each bud is about four and a half inches in diameter. The mature buds are green all over with a violet tip for decoration.

The plant barely has any spines and grows to just a little over 4 feet tall. If you have limited space, you can manage the plant’s size to keep it within two feet high. And as a fast-maturing cultivar, Tavor takes no more than 90 days to be ready for harvesting from the time you plant it.

Violetta di Chioggia is another Italian purple artichoke cultivar with a lot going for it. But unlike the other purple Italian cultivars that grow mainly in the warm south, this one comes from the moderate-to-cool northern region of Veneto, Italy.

Veneto is an innovative region, and its reputation for cultivating hybrids is well known across the whole of Europe. They are also famous for their beet cultivars which are both tender and have high concentrations of sugar.

But Violetta di Chioggia is not a sweet veggie. It’s tender and has a smooth texture, and the purple buds have a shapely elongated silhouette. But the main reason you’d want to try this cultivar is its high tolerance for cold weather conditions. It can grow well in zone 6 and up. However, it needs about 120 days to mature, so starting the seeds indoors is required. Each plant produces about 6 to 8 buds per season.

Artichoke Plant Care – How To Grow And Harvest Artichoke

Common Artichoke Growing Problems And How To Deal With Them