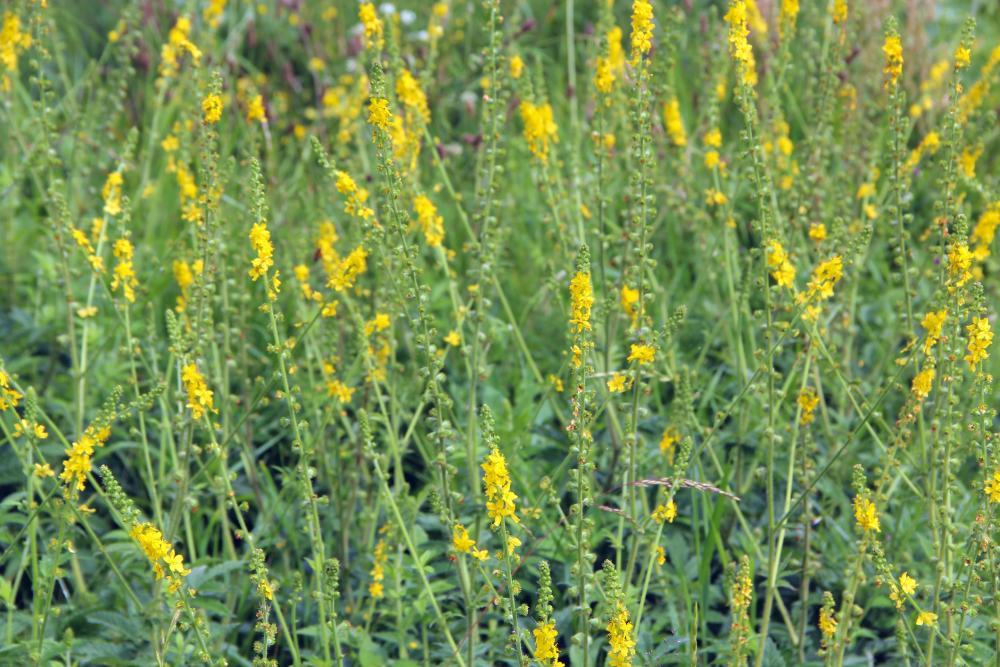 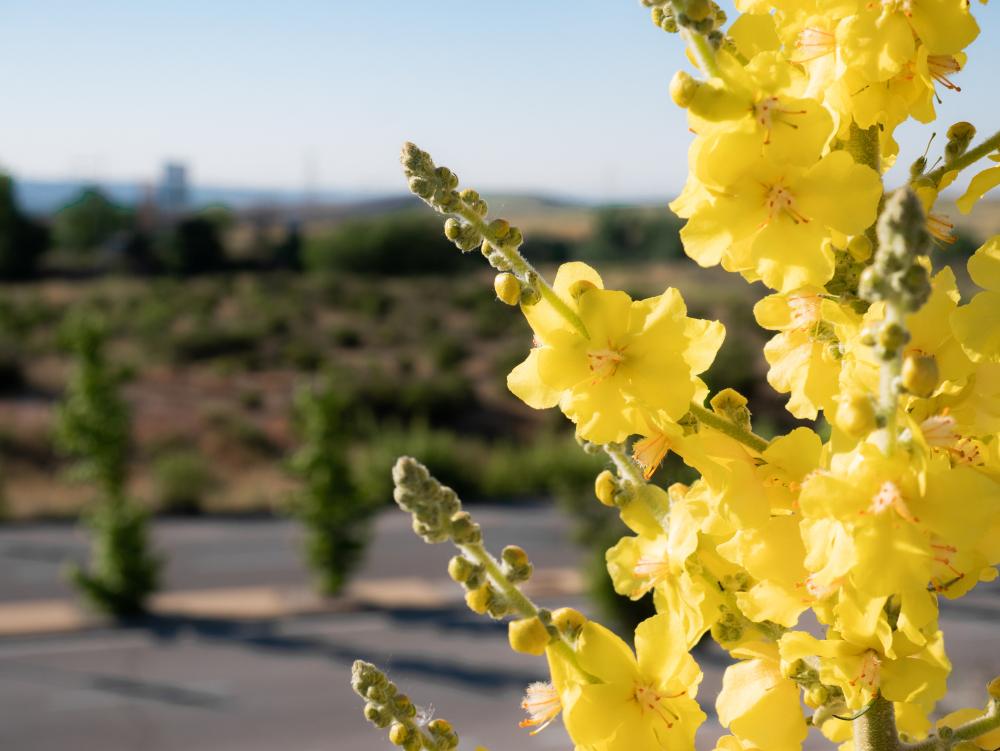 As a medicinal herb, agrimony had a respectable place in different traditional medicines wherever it grew. Not that it’s difficult to grow either. The herb is famous for growing just about anywhere there’s soil and moisture. It can tolerate different growing conditions that normal garden-variety plants cannot survive. 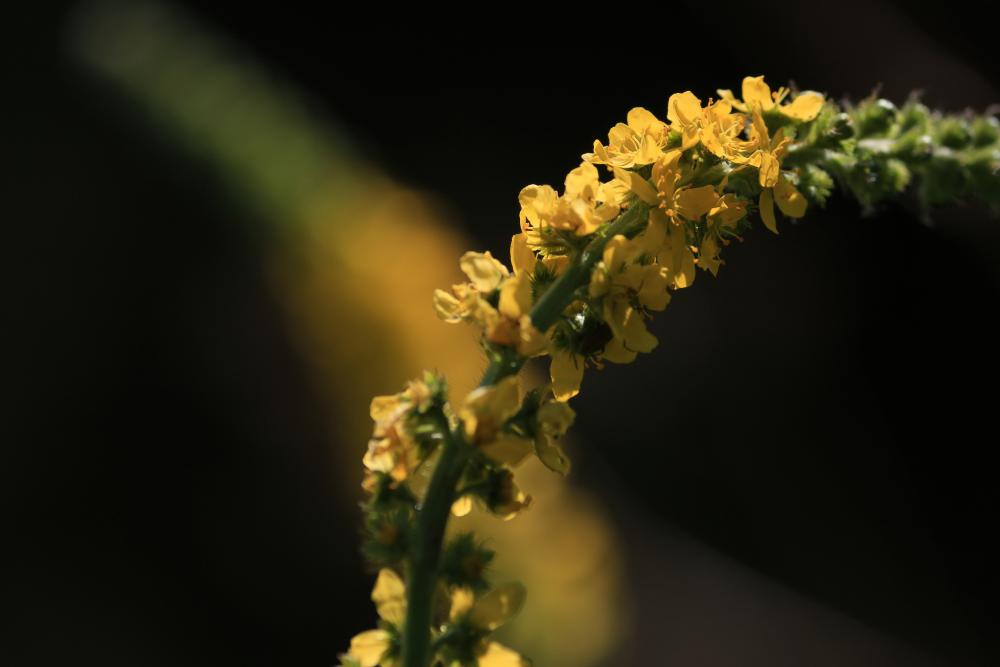 Although the herb is not as popular as it used to be, homeopathists rediscovered the healing properties of agrimony, and it’s making a strong comeback. But you don’t have to grow the herb for its medicinal qualities. It is an ornamental plant in its own right, and its low maintenance makes it an ideal addition to your garden. Read more to find out how to grow and care for agrimony.

Agrimony (Agrimonia eupatoria) has many names as befits a plant that was once growing practically in every other home. Some people called it king’s herb, burdock, or church steeples. At one time, it was considered the cure-all for many ailments from indigestion to respiratory diseases.

A member of the rose family, the hardy herb is planted from the early spring all the way to early fall. This might explain why the plant, which is native to Europe, has spread across the northern hemisphere, and only the icy arctic has proven too inhospitable for it.

The hardy perennial grows to about 4 feet tall, although in the garden, it might not exceed 3 feet tall. It has strong rhizomes from which the stems grow. The leaves are long and narrow and usually dark green. The leaves can reach 8 inches long. Usually, the base leaves are larger than the ones at the top.

Between June and September, small bright yellow flowers open and stay in bloom until they get pollinated.

Although there are over 15 agrimony species in the wild, only one variety has fragrant flowers. It grows in Germany and is known as Agrimonia procera. After pollination, small hooked fruits develop, and they contain the seeds of the plant. When wild animals eat the fruits, they spread the seeds in new pastures where they germinate quickly and start new plants.

Although it mainly serves as an ornamental plant, agrimony was once famous for being able to treat all types of diseases. People simply took the dried leaves and potions made of the herb’s roots as a self-prescribed medicine for everything from the common cold to intestinal worms and gout. Here are some of those common uses of agrimony in the olden as well as modern times.

How to Grow Agrimony

Ornamental or medicinal, agrimony serves many purposes. And although it’s not recommended to use the flowers of the plant for pain relief or treat diarrhea, you’re more than welcome to grow it in the garden to brighten the place and attract pollinators. An easy and guaranteed way to grow the herb is to start it from seeds. Here’s how to do that in easy steps.

Once the complicated process of starting agrimony from seeds is over, you can sit back, put your feet up and sip on a cold one as you watch your herb grow. Granted, agrimony tends to take its time to grow which is why you start it early indoors, but once it blooms, the combination of bright yellow flowers and bright green leaves are a sight for sore eyes.

As a low-maintenance herb, you won’t have to hover over it and keep your hands busy with this perennial. For the most part, you’ll just have to water it regularly, feed it, and fend off the usual pests and diseases.

After germinating the seeds in the fridge, moving them to a pot or a tray to finish their sprouting, you’re ready to transplant the herb in the garden. Agrimony doesn’t do well as a houseplant because of its height and its need for sunlight. The soil can be either loamy or sandy. Heavy soil retains the water longer than the herb likes, and it hinders root development. Amend the clay soil with coarse sand and add lime to make the soil slightly acidic. You need to bring the soil pH as close to 6.0 or 6.5 as possible. The sand will also improve drainage and loosen the texture of the soil.

The watering patterns and requirements of agrimony are not different from other plants you grow in the garden. One inch of water a week is all the perennial herb. Provide that amount through two or three irrigations every week, depending on how hot the weather is. Water early in the morning before the sun heats up and the soil dries up too fast. Aim the water nozzle low toward the base of the plant, and don’t sprinkle water on the foliage to avoid fungal infections. Keep in mind that that’s the water quota for the growing season in the spring and summer. Cut back on watering during the fall and cut it further during the cold winter months.

Apart from the organic materials you mix into the soil before transplanting the agrimony seedlings, you won’t have to fertilize the herb much. This perennial is not a heavy feeder, and thanks to its slow growth rate, it can survive in soil with little nutrients. However, since this is an ornamental plant, you’d want the foliage to be lush green and the flowers bright yellow and abundant. To speed up the growth of the herb, you can feed it with nitrogen-high fertilizer once the roots establish. This will trigger robust foliage growth. In the late spring and before the flower buds emerge, switch to a phosphorus-high fertilizer to promote larger and brighter blooms. Don’t fertilize the herb after the last flower to prepare it for the winter.

As a herbaceous perennial, agrimony does well alongside other perennials. Because of its height, it should be in the background allowing other smaller perennials to get enough sunlight. Some suitable companion plants that grow nicely with agrimony include lavender, sage, oregano, chives, lovage, thyme, and rosemary.

Agrimony hardly repels any pests, and it doesn’t confuse any wildlife, so it offers no benefit to the other plants. So growing it alongside vegetables can be counterproductive and has no advantage to the vegetables.

We said that agrimony doesn’t repel pests, but it also doesn’t attract them. Apart from aphids and scale, few other pests pose a serious risk to this herb. You can easily get rid of the tiny pests using neem oil spray or rubbing the burdock leaves and stems with a swab soaked in rubbing alcohol. The only bug that can cause damage to the plant is the blossom midge. It feeds on the petals of the flowers and ruins the blooms completely. The larvae also form galls on the stems, which further damage the ornamental plant. Remove infected flowers and stems to prevent the spread of these pests.

As for diseases, it’s a different matter. The main problems you might have with the perennial include root rot and powdery mildew. Both are caused by overwatering the plant. Poor ventilation and high humidity can also accelerate the spread of powdery mildew. Make sure air circulation is good around the herb and allow the top two inches of soil to dry out between irrigations.

Flowers are not the only part of agrimony that you can harvest. The leaves too have many uses, and you can make tea, ointments, and infusions with them. Allow the flowers to open up in the late spring or early summer and start harvesting them by late June or early July. Pick the leaves at the top of the stems as they’re young and don’t have a strong acrimonious taste.

You can also keep the blooms in a vase where they will stay fresh for weeks at a time.

Creeping Avens: How to Grow and Care for Geum Reptans

Angelica Herb Care – How To Grow Angelica And Harvest Angelica