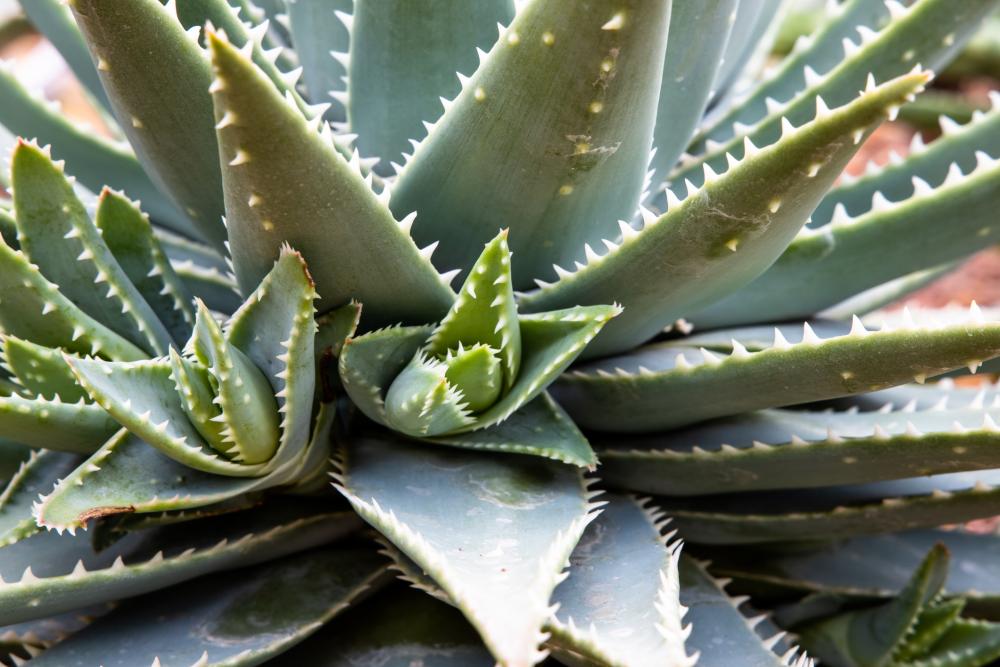 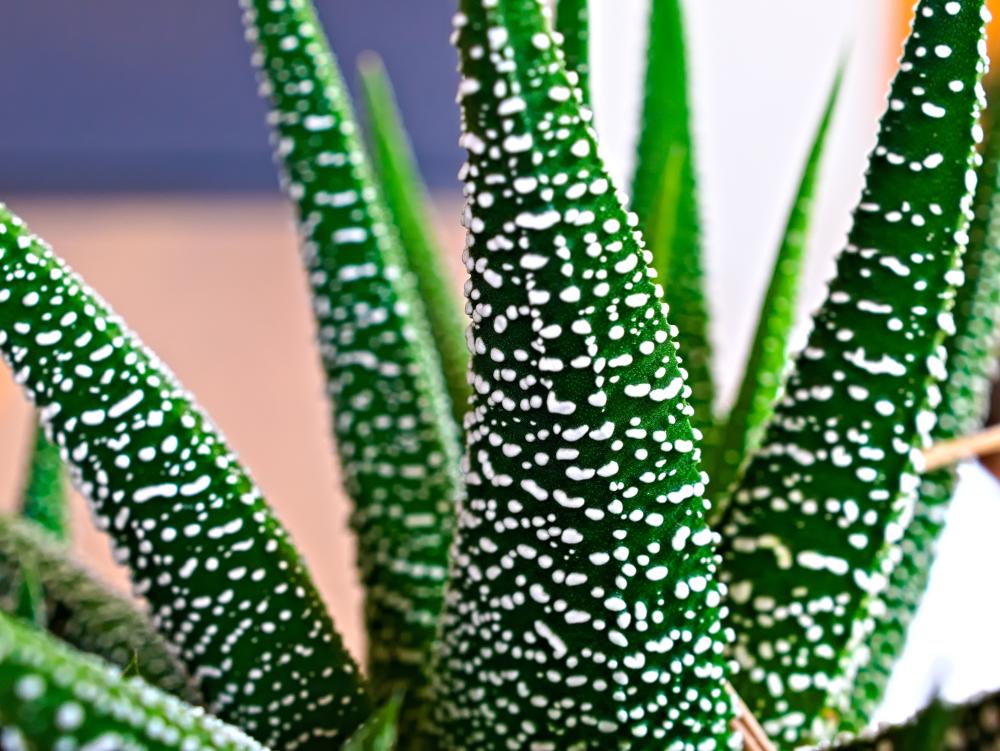 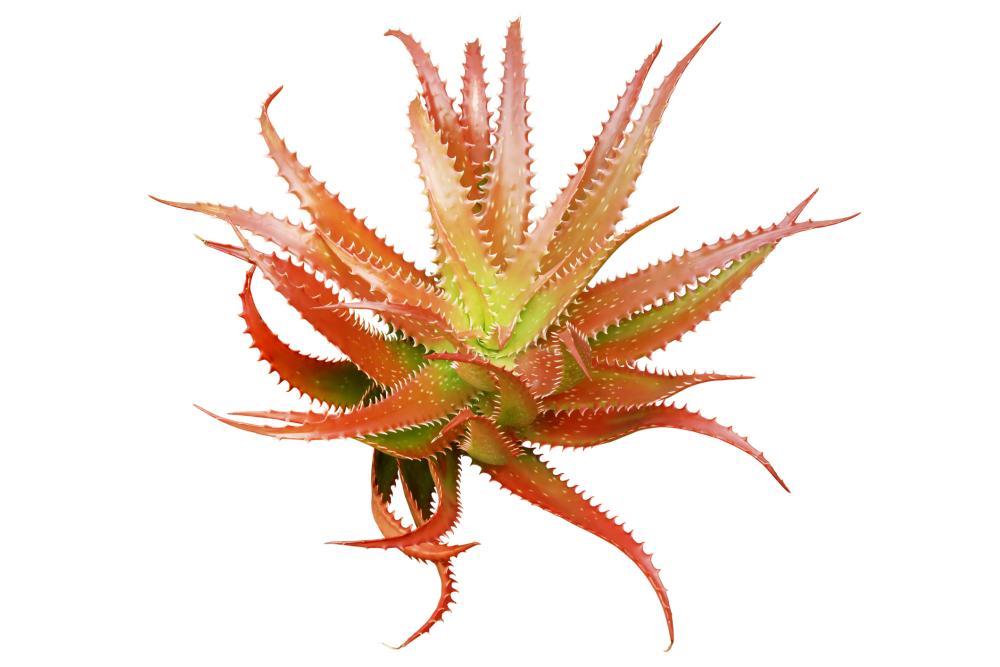 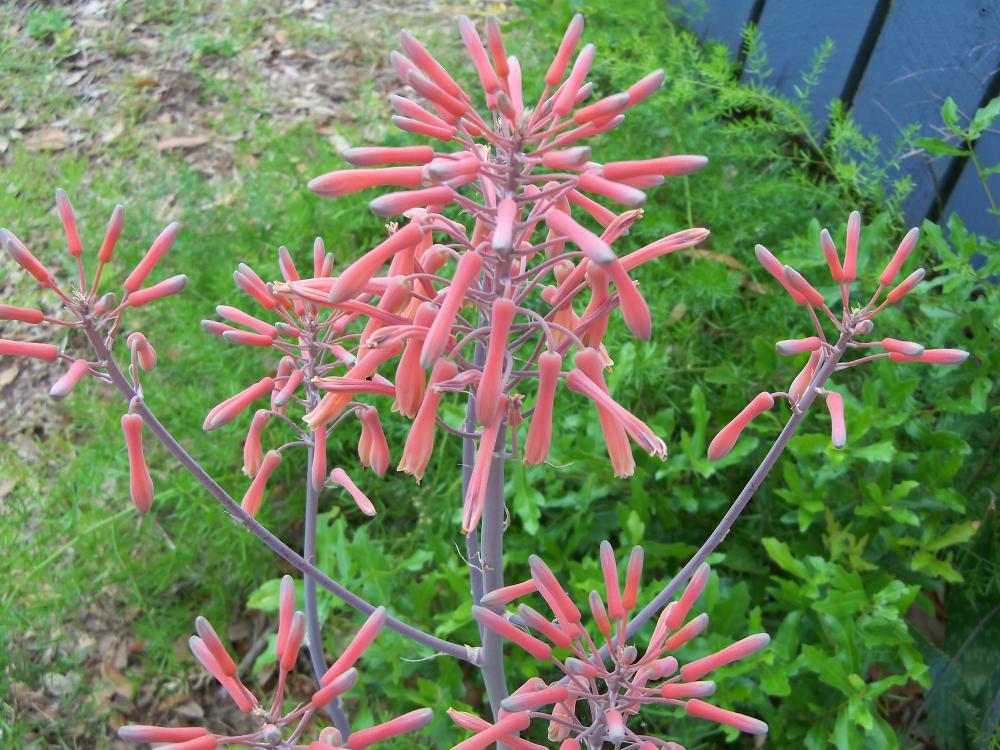 Aloe is a good choice for most gardens. Whether you grow it in a container and keep it indoors, or you grow it on the porch, around the gazebo, or to punctuate the pathways in your garden, the aloe fits perfectly in every setting and design. 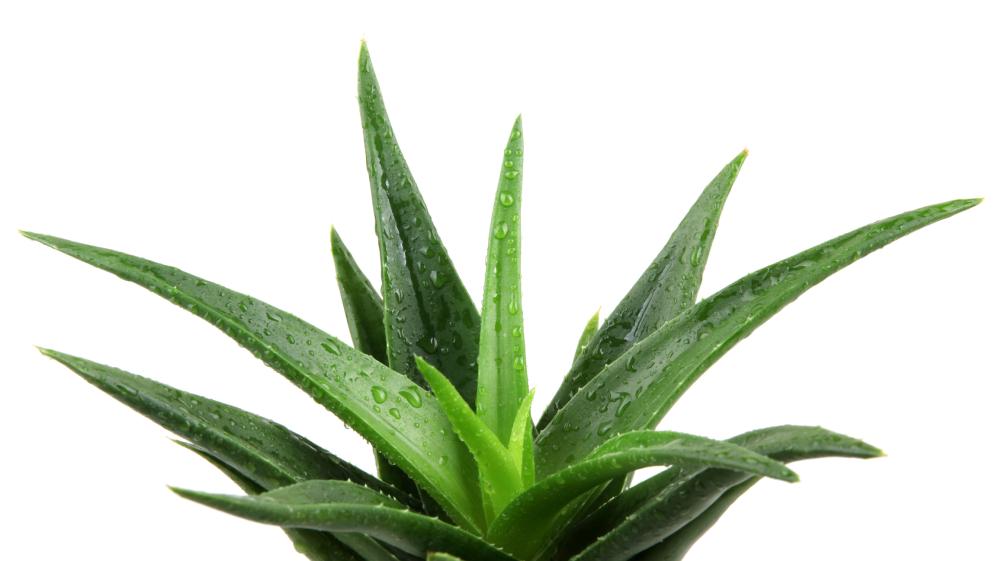 Besides its medical properties, the succulent is known for its hardiness, tolerance for different growing conditions, and ability to withstand sharp declines in temperature. Even the occasional frost fails to curb the aloe’s enthusiasm and notorious willfulness.

For a popular succulent, the hardy aloe doesn’t disappoint when it comes to variety. From the spherical aloes to the slender and thorny ones, this is a succulent that doesn’t stick to one shape or size. It defies all expectations and tends to have something for every taste and setting. Here are some popular aloe varieties to grow in your garden or as houseplants.

Despite all the spikes that protect the dainty leaves of the golden toothed aloe (Aloe nobilis), the plant is full of charm. A perennial succulent that hails from South Africa, this aloe grows well in zones 9 to 11 as it prefers hot and arid climates. It’s a small aloe that grows between 7 to 12 inches above the ground, but when planted in groups or to line up your rock garden sections, it adds dramatic colors to the drab settings.

The flowers emerge in the summer on top of a long spike that towers over 2 feet. By keeping the flower away from the sharp thorns, the plant ensures that pollinators would do their job in peace. The flowers are orange and have striking tubular shapes. You can pair it with other succulents that favor the same sandy soil. In the summer, you should provide the aloe with partial shade since direct exposure to the afternoon sun can damage the rosette and give the leaves a haggard appearance.

Speaking of small aloe varieties, the short-leaf aloe (Aloe brevifolia) truly has short leaves and a small rosette. The mature plant doesn’t grow an inch over 4 inches. It hails from South Africa and has the tendency to develop suckers from the rosette. If you don’t cut off the suckers, they’ll establish in the soil as separate rosettes of their own. Incidentally, these suckers are the easiest way to propagate the short-leaf aloe since they’re ready for planting without much encouragement.

Despite the intimidating appearance of the short and stocky rosette, the leaves are mostly harmless to the touch. Meaty and short, the light green and waxy leaves are peppered with white thorns. But they’re soft thorns that bend under pressure rather than pierce the skin.

The flowers appear on top of long spikes in November (late spring in South Africa). They are bright red and attract many pollinators. The succulent grows well in zones 8 to 11 and prefers partial shade and rich, sandy soil. Most wildlife will not go near the plant.

While most succulents are either green or green-blue, the aloe stands out as a plant with a more diverse color palette. The red aloe (Aloe cameronii) is a testament to the aloe’s diversity. And despite the name, the rosette with its long and curved leaves are not entirely red. The heart of the rosette is often bright green that blends into striking red as the leaves taper off near the pointy ends. Young leaves are pure green, while older leaves become speckled red.

The red aloe rises between one to two feet above the ground and spreads out to cover between 2 to 4 feet in diameter. It’s a showy and ornamental plant that makes you stop in your tracks to admire this colorful spectacle.

You can grow the red aloe in sandy and well-drained soil. Even soil dotted with gravel is a good option for this hardy aloe. It grows well in zones 9 to 11 and prefers full sun exposure. Choose a spot facing the south or west, or place it on a window sill that gets the afternoon sun. As long as the aloe gets 8 hours of sun every day, it will reward you with red-orange flowers growing on top of slender spikes.

Dainty, delicate, and intricate, the lace aloe (Aloe aristata) is the type of aloe you don’t get bored admiring. Mother Nature outdid itself, creating this aloe. Native to Lesotho, South Africa, this succulent grows in zones 7 to 10. But even if the winter gets too cold, this aloe can tolerate temperatures around 19 degrees F. It’s a small aloe that grows between 7 to 10 inches high. So you’ll need to group a bunch of lace aloes together to create a canvas of bluish-green miniature designs.

But all that beauty is well protected with sharp thorns that surround the edges of each leaf. The flower, however, grows on top of a tall spike as usual. It’s bright red and attracts birds as well as bees and butterflies. That said, you need to keep water away from the rosette and avoid planting it in clay or heavy soil since the heart of the rosette is prone to rotting easily.

The tiger tooth aloe (Aloe juvenna) looked like a tiered live structure designed by a skilled albeit whimsical architect. The short and pointy leaves are bright green with white spots on both sides. It’s one of the few aloes that grow more vertically than horizontally. This allows you to plant more than one aloe in the same pot.

The leaves, as expected, are lined up around the edges with yellow thorns. But the thorns are soft and actually add beauty to the spotted green leaves. And as a native of East Africa, it is used to hot and dry climates. So you can only grow it outdoors in zones 9 to 11.

Being a tiered aloe, it might come as a surprise to you to know that the mature tiger tooth aloe doesn’t grow over 9 inches on average. So perhaps naming it tiger tooth has to do more with the size of the leaves than the harmless and decorative thorns.

One thing to watch out for is the way this aloe tends to produce a lot of pups. They usually grow out of the bottom tier and immediately aim for the soil to establish roots and start new towering rosettes. So regular pruning of the pups in the late summer will keep the plant trim and in good shape.

The sunset aloe (Aloe dorotheae) is another colorful succulent that dips its brush in red shades and paints itself orange-red. Unlike the red aloe, the leaves of this aloe have the same color regardless of their age. Even the robust thorns on the edge of the leaves are crimson. Only the marks in the middle of the leaf are creamy-yellow.

The only part that doesn’t follow the same color pattern is the flower. It grows on a spike and turns green-yellow as soon as it opens. And if you don’t watch out, the sunset aloe will multiply and send its pup to reclaim every inch of soil available in your garden. So trim off the pups as soon as they emerge.

Another catch is the full sun. The sunset aloe, as the name suggests, basks in the sunlight and needs at least 8 hours of full sun exposure. Otherwise, those captivating flowers will fail to grow and open. You should plant it in a spot that gets full afternoon sun without any trees or structures coming in the way.

A native of Tanzania, it averages 10 inches in height and sometimes can reach 12 inches. If you live in zones 10 or 11, you can grow it outdoors without issues.

If you’re looking for stunning symmetry and geometrical perfection, the spiral aloe (Aloe polyphylla) delivers on both accounts and then some. A native of South Africa, this aloe is both compact and evergreen. Its intricate designs and short and stubby leaves have won it many gardening awards.

If you’re new to the world of succulents in general and aloes in particular, and you can’t decide on a single aloe variety to start in your garden, the spiral aloe comes highly recommended. The mature plant reaches one foot tall and twice that in width. And despite the intricate design, there are five rows of leaves in the rosette. But rather than circling the heart of the rosette as many aloe varieties do, the spiral aloe creates a fantastic spiral of light green leaves with white thorns around the edges.

The aloe grows well in zones 9 to 12 and prefers sandy soil with some gravel or pebbles in it. As long as the soil texture is loose and well-drained, you won’t have problems with this aloe. You can plant it on borders and slopes. It’s ideal for rock gardens and can be the focal point in succulent gardens.

Other advantages to growing the spiral aloe are resistance to wildlife, disease resistance, and its high tolerance to drought and high temperatures. The one thing to avoid is sprinkling water on the leaves or the heart of the spiral. That leads to crown rot which ruins the mathematical precision of this succulent.

One thing that has to be said about the botanists who named aloe varieties, they sure struggled to come up with unique and descriptive names for the new species they discovered. The soap aloe (Aloe maculata) is a case in point. Although for all purposes and appearances, it looks just like any other aloe variety with its long and tapering bluish-green leaves with the usual white markings and short thorns, it’s anything but.

Once the rays of the sun hit the plant, the greenish leaves turn purple-red. So you always have the option to keep it green-blue by planting it in partial shade or giving it fiery colors by exposing it to the full sun. The mature plant grows to 3 feet high and blooms many times in the year. The flowers are orange and bright, which attract plenty of pollinators to the garden.

A native of the southern parts of Africa, it grows well outdoors in zones 8 to 12. It has a high tolerance for excessive heat, but a sudden drop in temperatures can cause the plant to go into dormancy. If the cold weather persists, the tips of the leaves turn purple. Sometimes the tips will shrivel and die but without any impact on the rest of the rosette.

Soap aloe is ideal for rock gardens, coastal gardens, succulent gardens, and even as an exotic addition to tropical gardens. There are no known diseases that target this aloe, and it’s practically pest-free. Most pests will slide over the waxy leaves and tumble to the ground. So it doesn’t need much care, and it won’t put you out.

How to Grow the Spiral Aloe Succulent